I'll use this one to have a thread on OCELES too. I eventually do plan on cosplaying him too cause he's my main spartan boy. But, for now, we'll just get a thread started on him.

I'm actually drawing this one which is why I put it into this category for now because it's.....art....not cosplay. I'm freehanding a drawn reference for him because; One: He's my main Spartan Oc and he hasn't had a face until I started drawing him. Two: I love drawing references and I need to get better at drawing armor so I figured I'd make a complete reference sheet for him. I might eventually make one for GOLF too, but, I'll have to think about that a little more since she's me as a spartan. 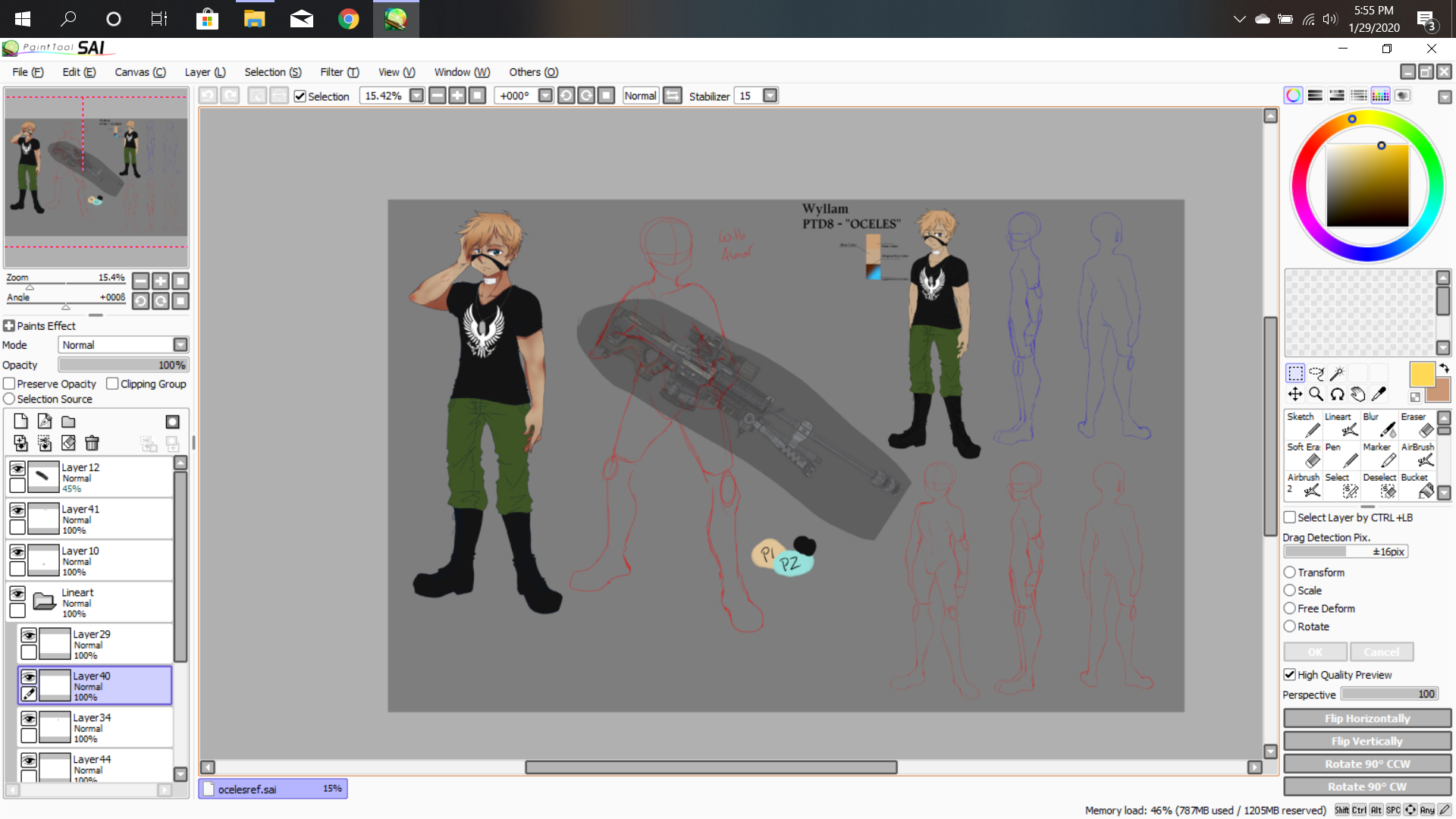 Here is just a WIP shot of the whole thing. This canvas is HUGE, like.....4000 pixels big if I remember correctly. So, progress is a little slow on it but that can also be attributed to my job and other things in life.

Fun Facts about OCELES:
- He is actually my oldest OC in Halo. Even before I was deep into it like I am now. I created him a while back when my friend was showing me Halo whenever I was sick. He would bring his Xbox over and we would play a few levels of Halo until he left. I got interested cause it reminded me of Stargate so I started researching a few things of the lore and eventually created OCELES, but he never had a name until I played through the actual campaigns and got more into the lore.

- I based him off of the playable Noble Six in Halo: Reach. As I go he is slowly developing his own story but I still wish to have some roots to Reach with him so he is a Spartan III.

- He is intersex. Many forms contribute to being intersex, but, I decided OCELES would have both chromosomes and/or genitals that lean more so onto the masculine side. I came to this conclusion after playing Reach since the player can choose to be either a male or a female spartan, though B-312 is canonically male. I made this decision solely on that fact. In, his sketch there you can see that I drew a more feminine looking body for him. There's a reason for that, I have a strict vision of OCELES in my head that I cannot pen down very well. In my head, I see him as having a male looking body, but his pectorals resemble more of his female chromosome within his gene structure.

- His nose has been broken permanently since childhood and has to be held up together a certain way to avoid his nasal passages from collapsing. His ear was nearly ripped clean in half due to a sniper shot misfiring during a mission he was on. His arm was carved into by (I can't decide if it should be a horrible person or a member of the covenant) an enemy that is hunting him down. A reminder he is nothing by prey to that individual. His neck scar is from shrapnel cutting it.

- He does use an A.I. I have yet to develop. Some would say he is A.I. dependent/addicted due to the fact he shows signs of addiction when the A.I. is not in use. Many have tried to take it from him so he could heal from this dependancy yet it has failed and eventually he is reunited with them.

- He prefers non-human weapons to UNSC issued ones but will not complain or object to using such. He tends to main a Covenant Needler and a Promethean Light Rifle as a secondary. As a last result, he will wield a Sniper Rifle or a Railgun.

- He is quiet and cold upon first meeting him but once he knows he can trust you he will give his life for you. He has issues with Spartan II's for some reason and tends to avoid them and is rarely seen with one. He will either hang around ODST's or Spartan IV's. He seems to have extensive knowledge of various alien cultures.

- He is not a big fan of Dr. Halsey and calls her Dr. Hellsy behind her back.

Colonial Regiment
Nice art! Must be pretty well qualified if that nose was broken before being inducted into the SPARTAN program.

I had an idea at work! I have this unused bullet dot journal I was going to use as a mood tracker but I never did. So! I think instead I'll use it as a kinda immersive thing for OCELES. I'll write entries in it as if it's OCELES penning down his thoughts and stuff during his missions and junk.

Might be a little weird to do. But I think it'll also be fun! 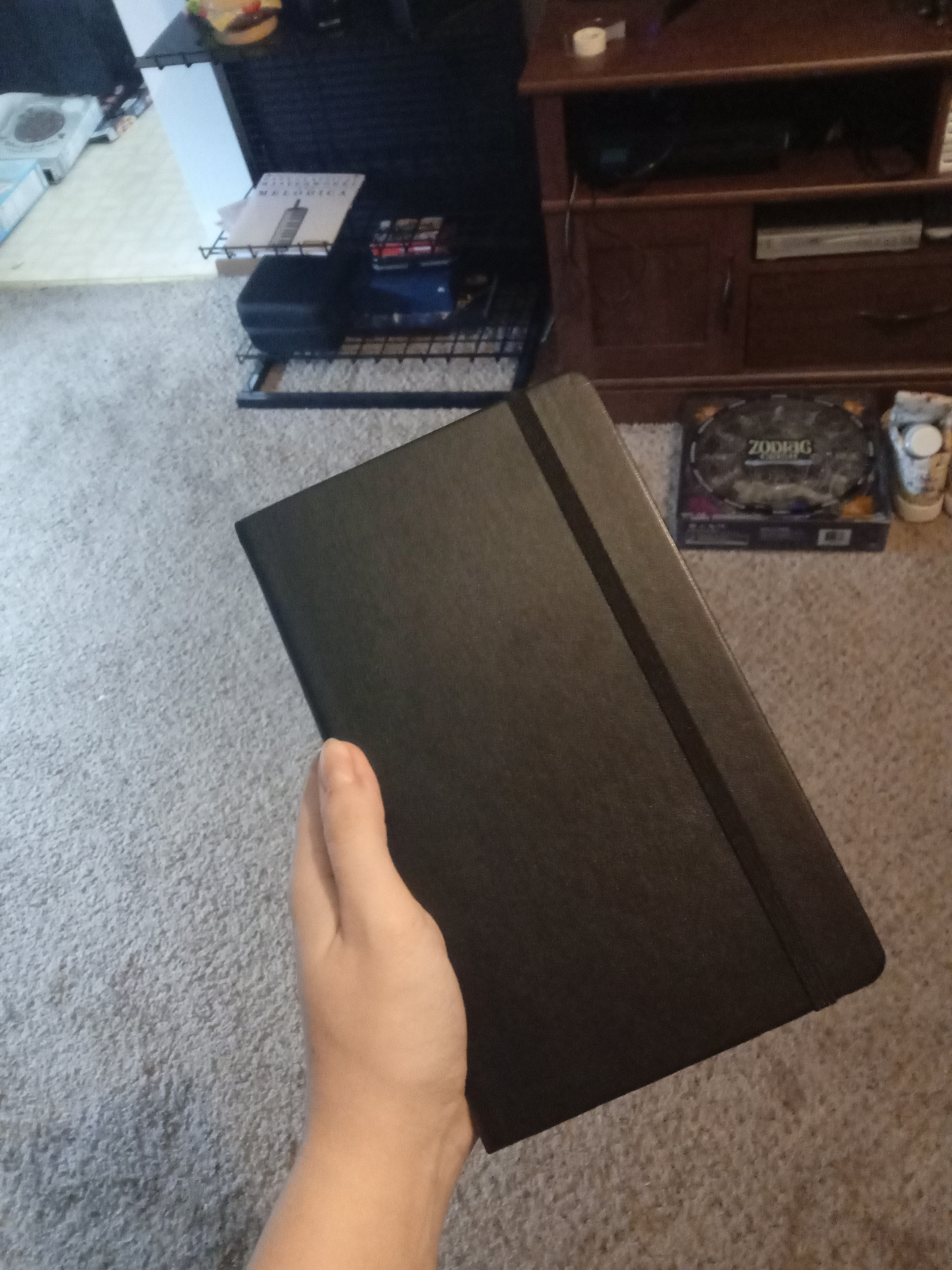 GMer56 said:
Nice art! Must be pretty well qualified if that nose was broken before being inducted into the SPARTAN program.

The nose thing was actually my mom's idea! She was watching me line and sketch my lil art thing of him (i was also using her as anatomy references) and it wass her idea. Mainly cause I was trying to also explain some things about SpartanIII's. She was like "well...here's an idea."

The Dr. Hellsy thing I think I came up with around the time I was playing Halo 4 or 5. It's one of those things that randomly threw my friend into a laugh induced asthma attack cause I yelled it out so suddenly.

Yesterday at 11:26 AM
saxophone

Yesterday at 11:26 AM
saxophone