Apologies for my absence of late, there were some lengthy personal matters.

My first post for 2017 will be the paint and UNSC stamping of my Mitsubishi Lancer, something I’ve been looking to do since I was but a boy. 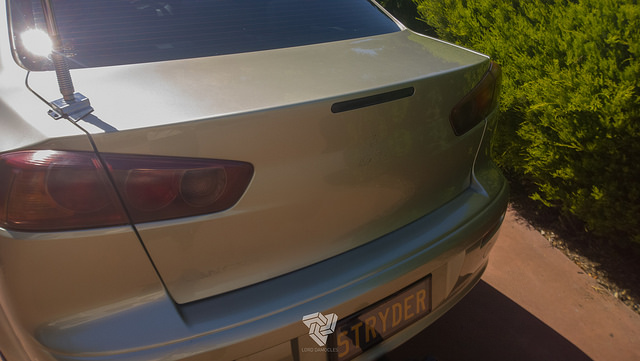 My first phase, well attempt, of this project was almost a year ago, 26th January 2016, Australia Day. Here I de-badged the boot ("Trunk"), removing the Mitsubishi emblem, Lancer and ES lettering. This removal left some foam adhesive residue due to my brute force approach. Next time, I would follow a more tried and true method of warming up the badge, and thus the foam adhesive, with a heat gun and then using fishing wire to feed down and behind the badge - almost like cutting cheese. This would result in a much cleaner result. 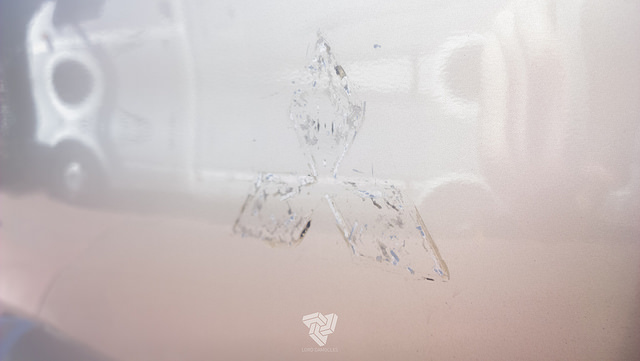 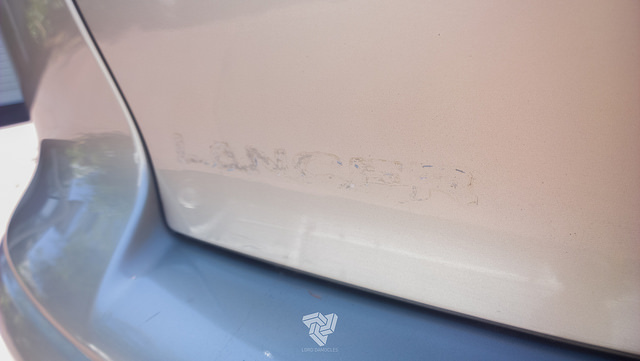 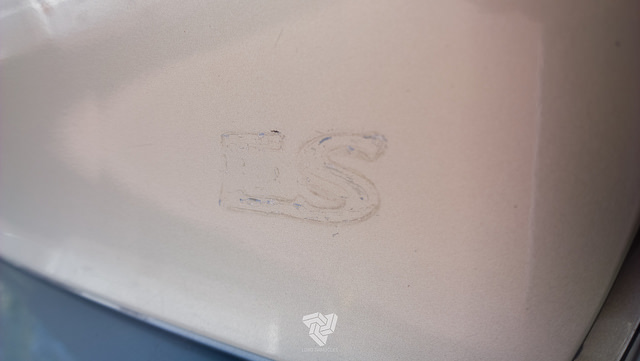 The fun part, de-fitting and masking. The two tail and one break lights were removed. To do so, meant removing the inside liner, unbolting and disconnecting the power. The masking phase was completed using the same old method, newspaper and tape. I have since learned of a better method which I’ll discuss later below.
I'm sorry, these images are missing.

After masking, I proceeded to sand the boot down using 400 then 220 grit, wet. This was done using an orbital sander, however, the edges and corners were hand sanded using sanding sponges. Once the area was down to bare metal, the boot was washed down using soapy water first and isopropyl alcohol second. Once dry, I then blew off the area using compressed air to ensure no particles remained. That day was rather warm, maybe 30°C / 83°F, so I had the car left in the sun to warm up prior to priming, but not for too long thus too hot. Using an automotive grey primer, I applied a coat, sanded then a second and sanded, Circling any imperfections found in-between - sometimes found using one’s fingers for better identifying.
I'm sorry, these images are missing.

My choice of paint was an Australian Automotive grade Matte Black spray paint. Focusing on the edges first, I used a usual sweeping motion to lightly cover the area, ending in three coats and using a tack cloth in-between to remove any particles. I made a serious error using a faulty batch of clear coat. The clear coat degraded over a few weeks, opening up for the paint to powder thanks to UV bombardment. This leads me to my recent and second attempt at painting the boot in December 2016.
I'm sorry, these images are missing.

The second attempt followed the same procedures as above, however, I used a large plastic sheet to ‘mask off’ the boot. I laid the sheet out over the rear of the car, covering the boot, then taped the edges down so it was completely fixed to the vehicle. Then, using a sharp blade, I ran the knife around the edges of the boot (cutting out the boot area as such) and stuck the edges of the exposed plastic down - completely masking and sealing the area. Steps which followed were sanding, painting and proper sealing. 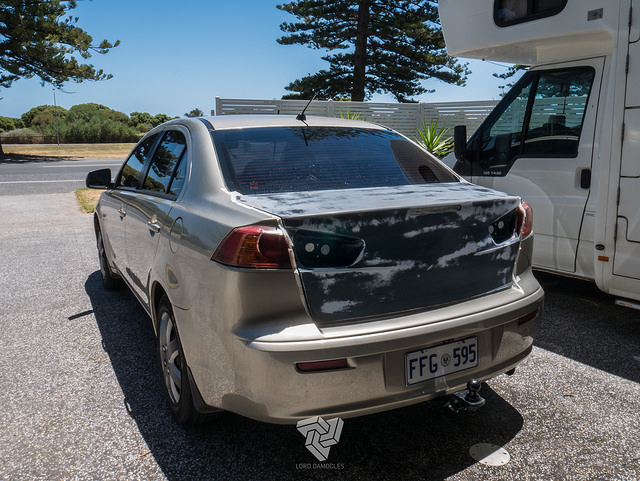 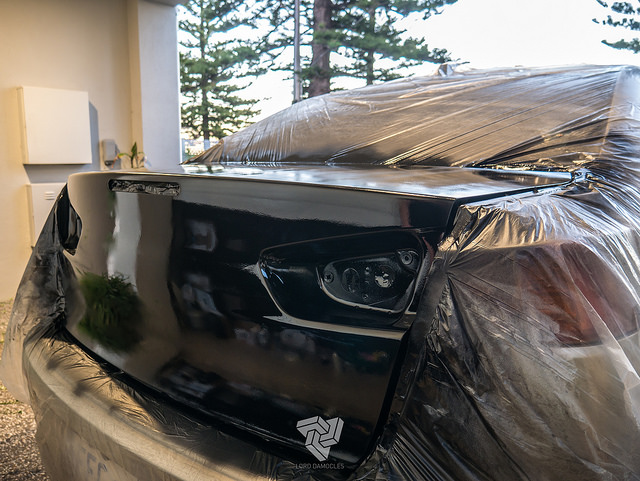 The UNSC decals were provided by Jeff Ashton from Deft Perception, they're always very high quality and he’s always been a great seller.

Once the decals were applied, I left the boot to fully 'cure' for 7 days until it could be polished. The final result is what I expected, however, I do plan on having the hood also sprayed black. Perhaps something for another time. 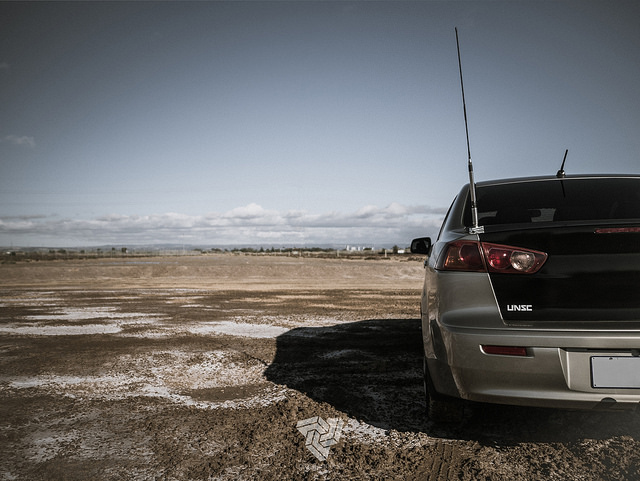 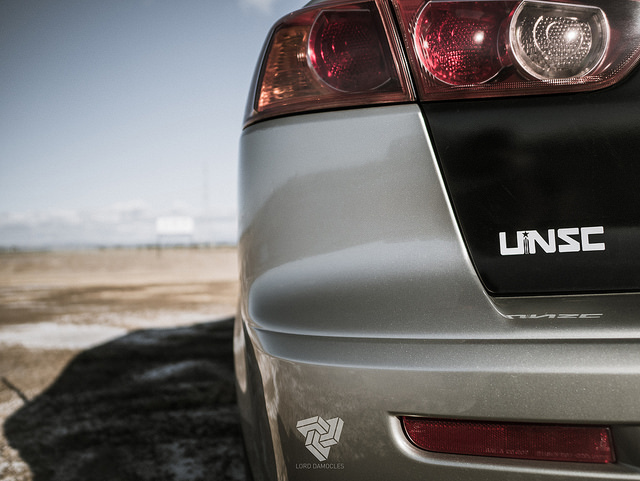 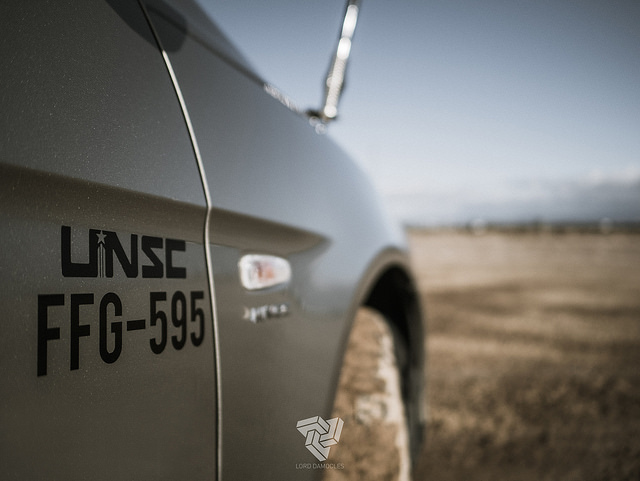 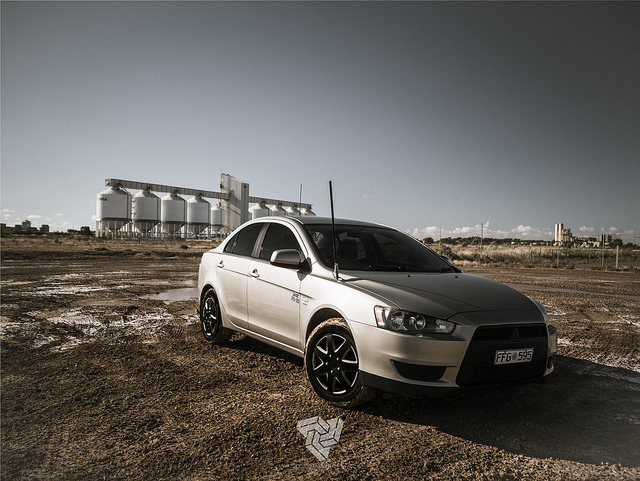 Midwest Regiment
That looks really nice! I like the subtlety of it.

That looks slick as heck! I love it!!

Colonial Regiment
This is cool came out nice.I've always wanted to do something along these lines to my truck. I've always had a thing for black hoods so I vote black hood.