Colonial Regiment
I love love love this build it looks so good!!!!!!!

Australian Regiment
It's been a while.

After a massive purge of social media and extraneous hobbies, I've been able to focus on the Viper.

I've taken the port wing off, put the Viper up on it's dolly trolleys and now it pushed around the shed at the slightest touch. The starboard wing is now fabricated and waiting for a block of time where I can do the final shaping and sanding on it. I've also got the starboard wing on saw horses, where I can concurrently shape and sand it's underside.

The landing gear has got a fresh primer coat on it, as the bare steel was starting to flash-rust.

The rest of the ship has been filled in with loose/broken panels, gaps and alignments and sanded in readiness for fibreglassing. All the fibreglassing materials are now here.

I drilled the 30mm bore in each cannon end and mounted the second cannon. This week I have also been working late nights on electrical and lighting. There is a new 80 amp power supply in the back end to run all the studio and sub woofer speakers in the engine nacelles, as well as the motor drive for the turbines and the lighting in the rear thrusters.

Cockpit instruments are all retro-fit with LED lighting to the instruments.

I reckon between kids and job, I am a mere few weeks away from fibreglassing the hull. 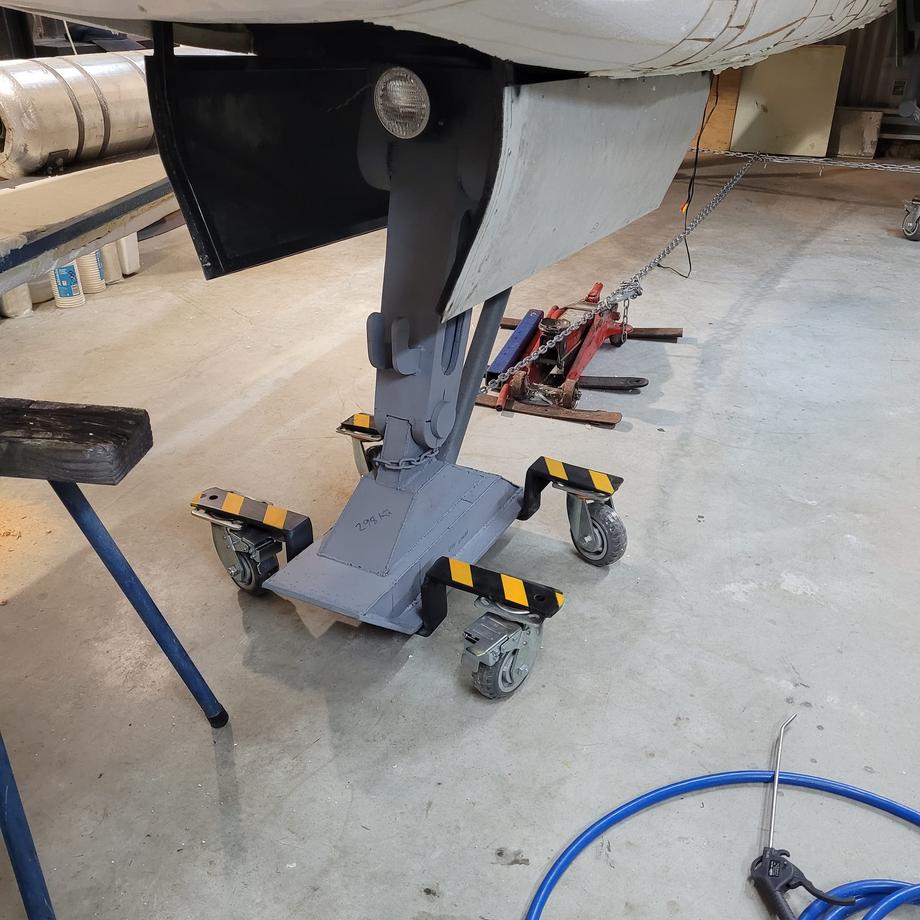 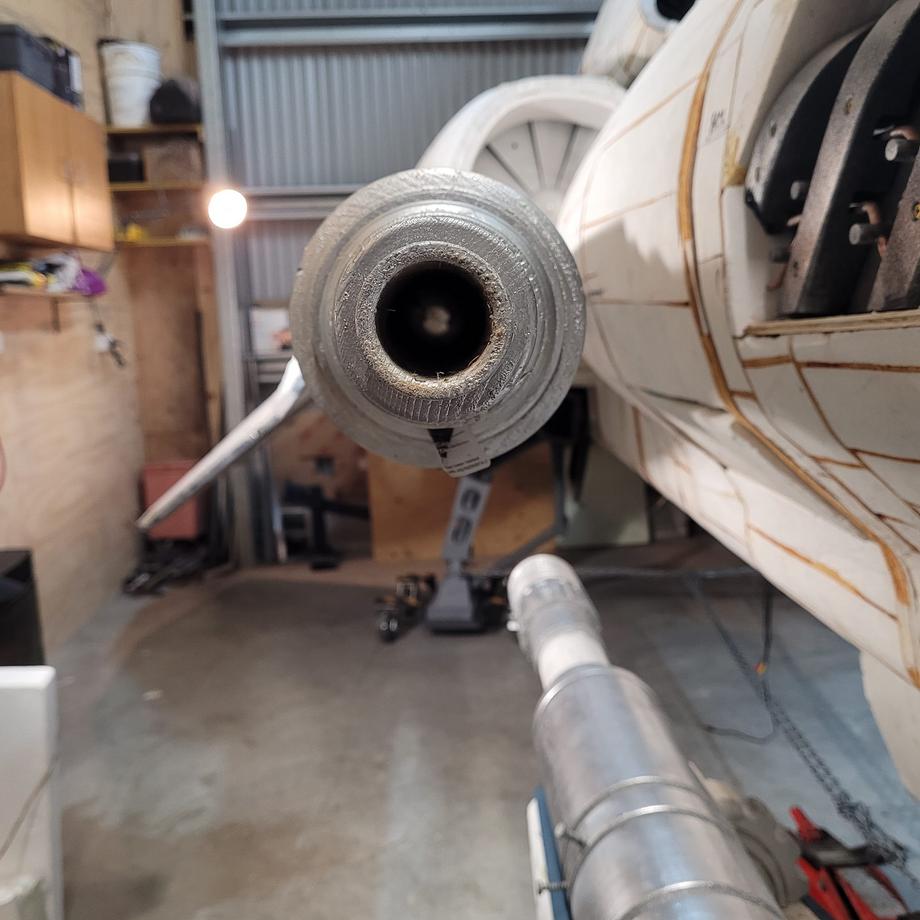 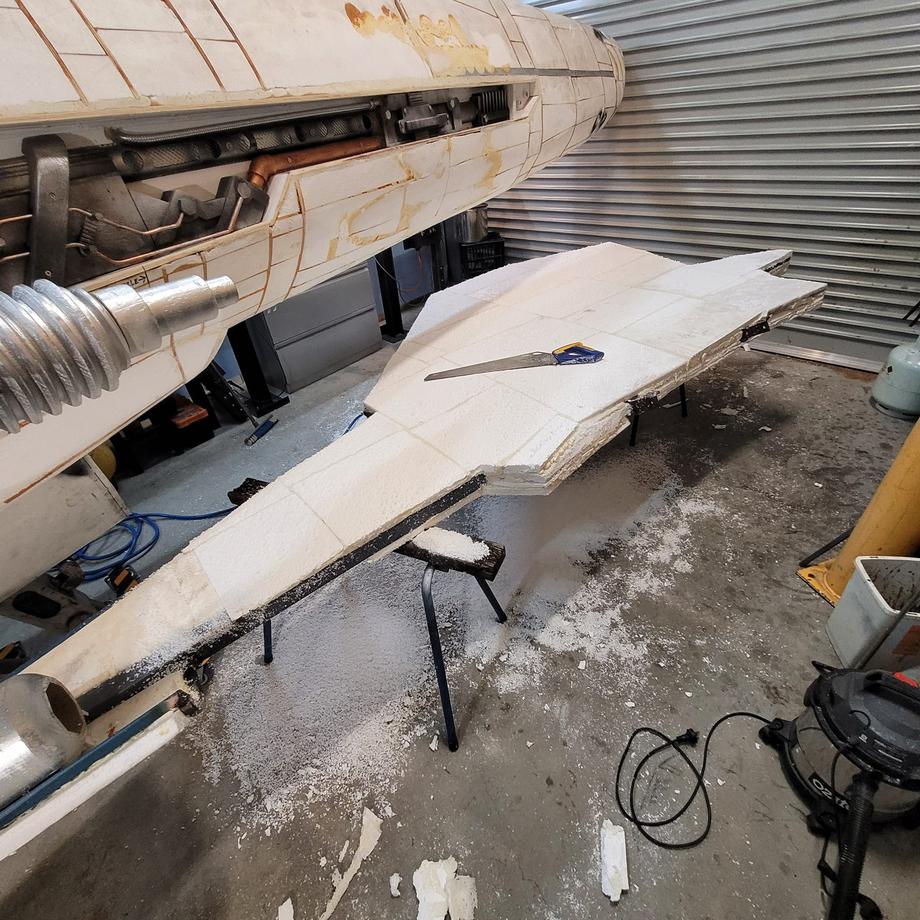 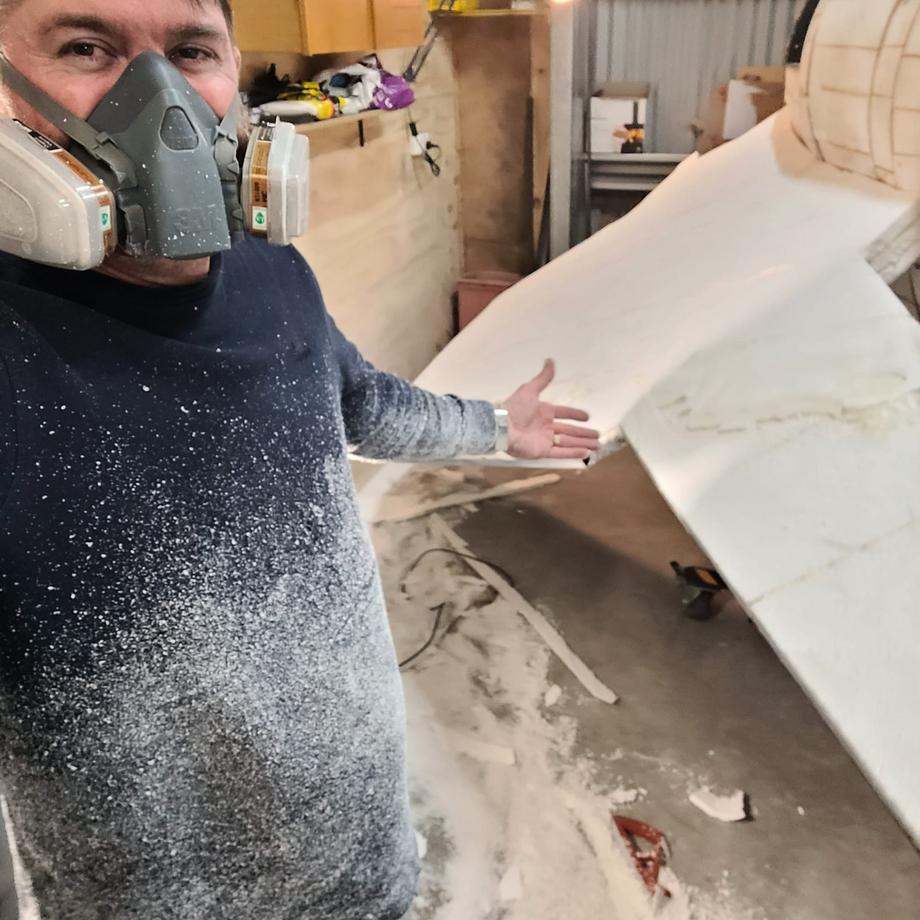 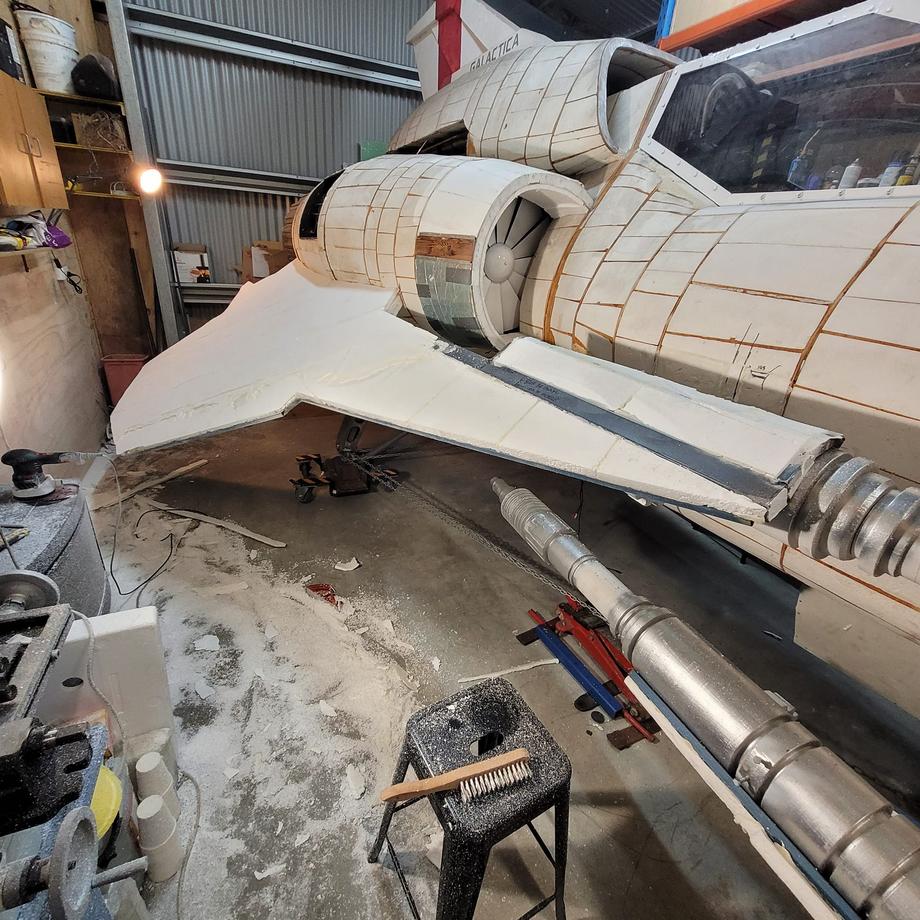 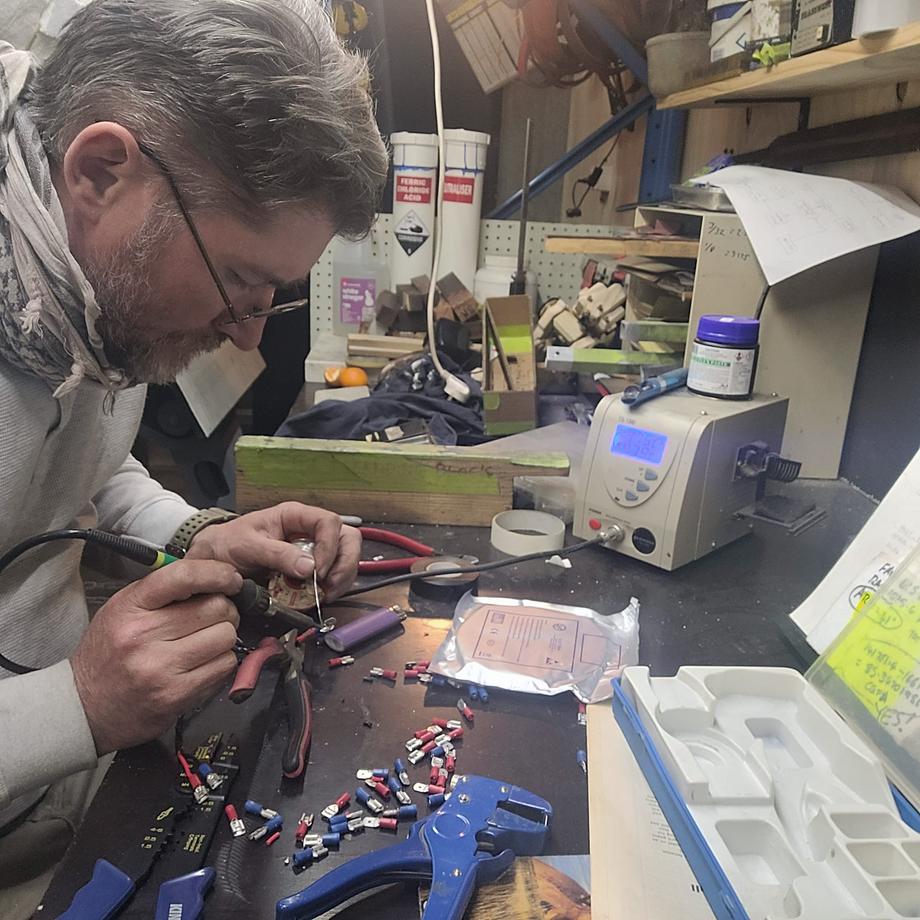 That is amazing Baz!!!

Southern Regiment
Nice work!!!! This is a dream come true. I loved the show and the ships of Battlestar Galactica especially the Vipers. Can't wait to see it complete.

Australian Regiment
Finally got around to updating the website.

Wednesday, 17Aug2022 After constant tweaking and fault-finding to find every tiny rattle and tap, I got all of the turbines, drive shafts and bearings running smoothly. It was time to add the light…

12 August 2021 Canberra just went into COVID lockdown today, so I guess I’ll have some time to work on the wings. Good thing I measured the shed out right. I’ve got some vehicle dollys …

Australian Regiment
Nav-lights fitted and powered up. Made some antennae out of shed scraps.

Welded a rigid bracket up to support the monitors from behind - bolted to the frame now. 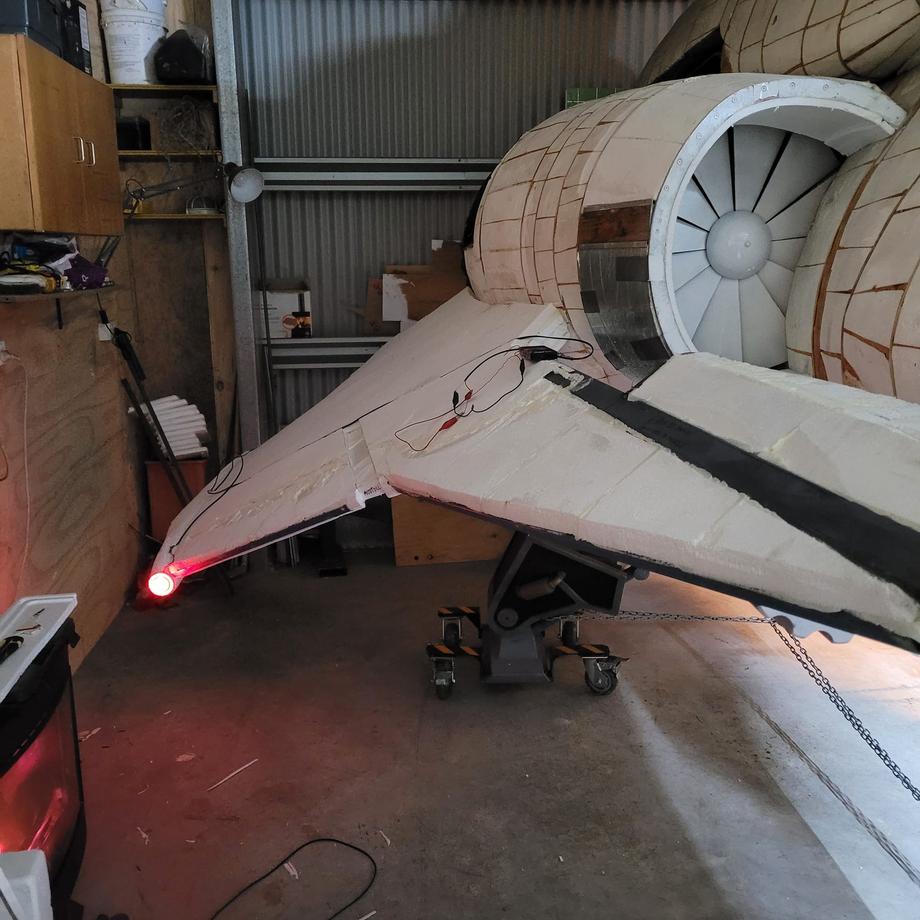 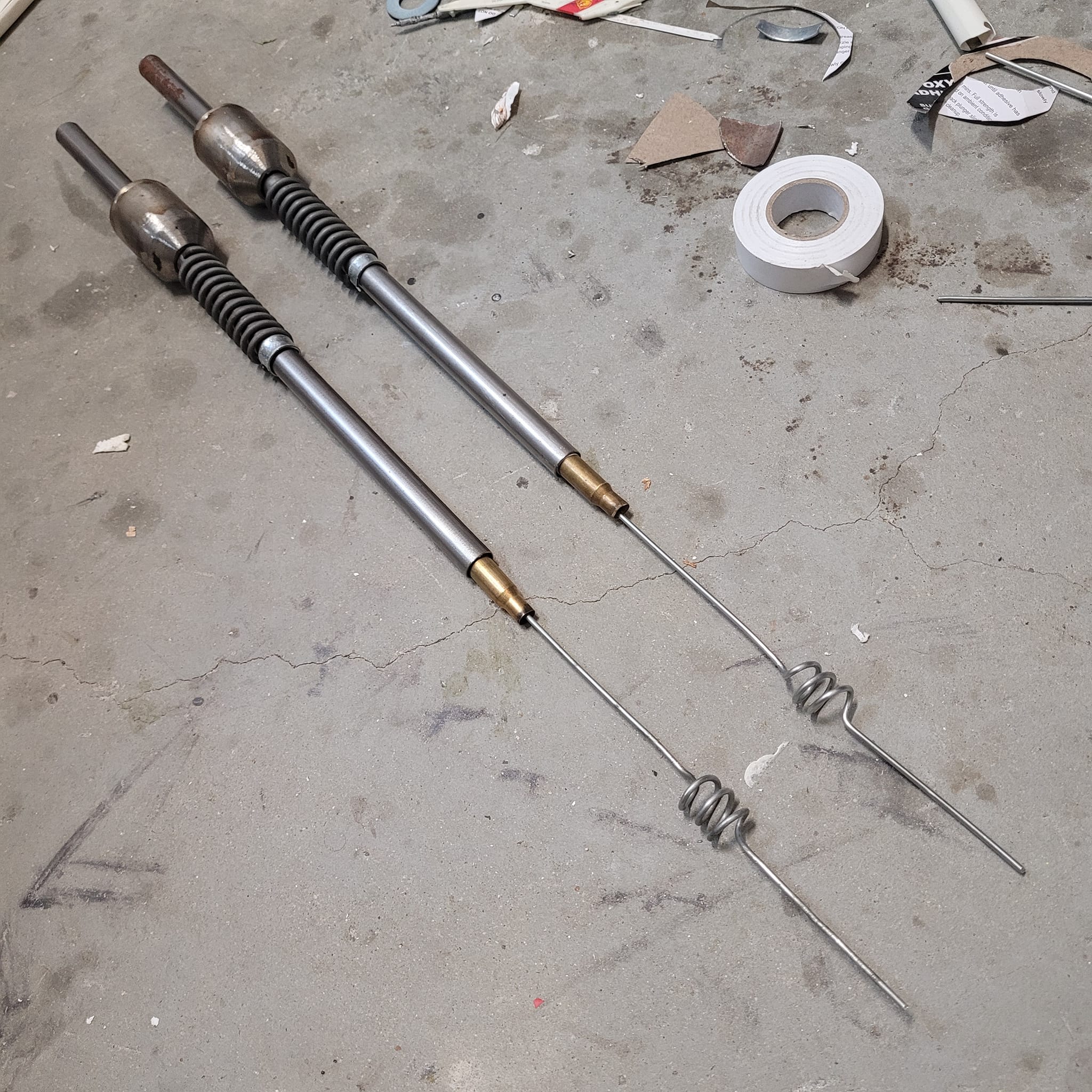 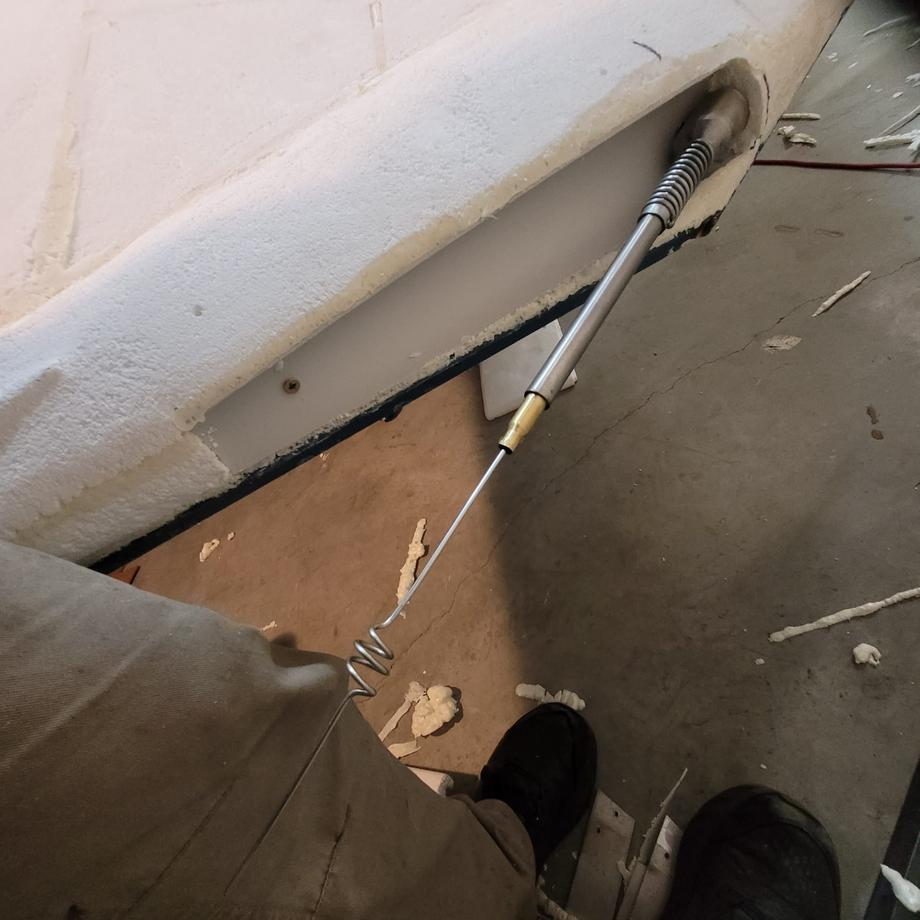 18 September 2022 I purchased a product called Botecote, which is a far safer alternative than standard, solvent-based resins. Over 300GSM fibreglass mat, (kindly donated) it has a good coverage, (…

Scratch-build of a life-sized, MK II Colonial Viper from the 2003 reimagined series of Battlestar Galactica. The Colonial Viper is the primary space fighter used by the human protagonists in this...

There's a similar product that I used in the past called Aqua Resin. I even did some armor with it. It's a great, safer alternative but definitely different. Seems to have more of like a rocky pumicey type of consistency when sanding. However, that can also work in a favor because it's so rigid and strong.