Canadian Regiment
Hi! in this thread i will try to breakdown the painting process of some camo patern to hopefully make it less intimidating to do!

by the end of the process you should be left with something that looks like this: 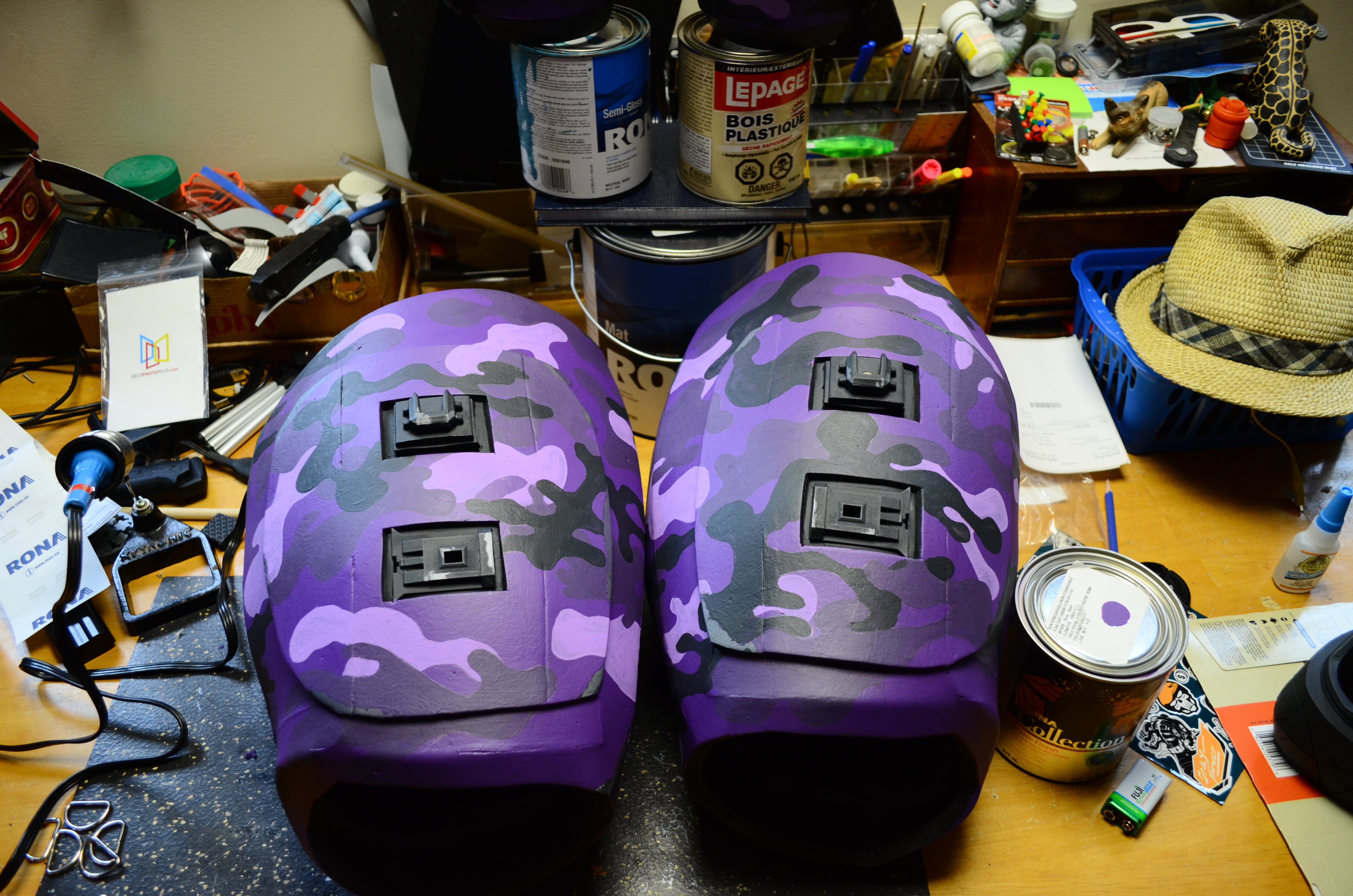 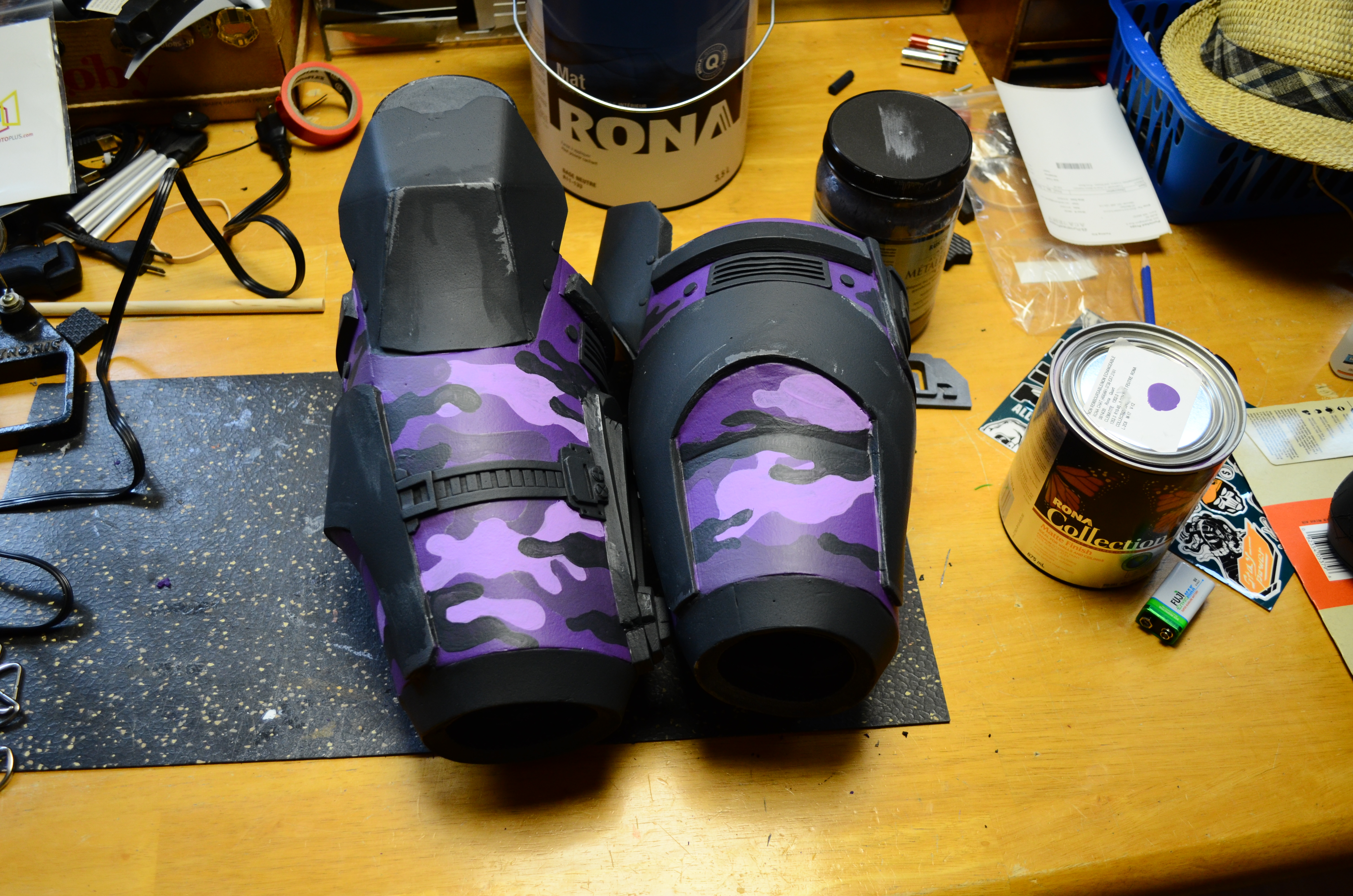 The process is quite straight foreward! You will need:

- A pencil and an eraser (Important NOT to use a pen, the ink will bleed trough the paint!!!)
- A small paint brush
- The diffrent shades of paints*
*i followed a four shade camo patern so a light, a mid tone, a dark and a black (i used purple wall paint as my mid tone and i used some black and white acrylic paints to make my darker and lighter shades)
- some airtight containers for the paints
- Paper towels or a rag
- Water
- Refference images**
- What you want to paint (obviously) 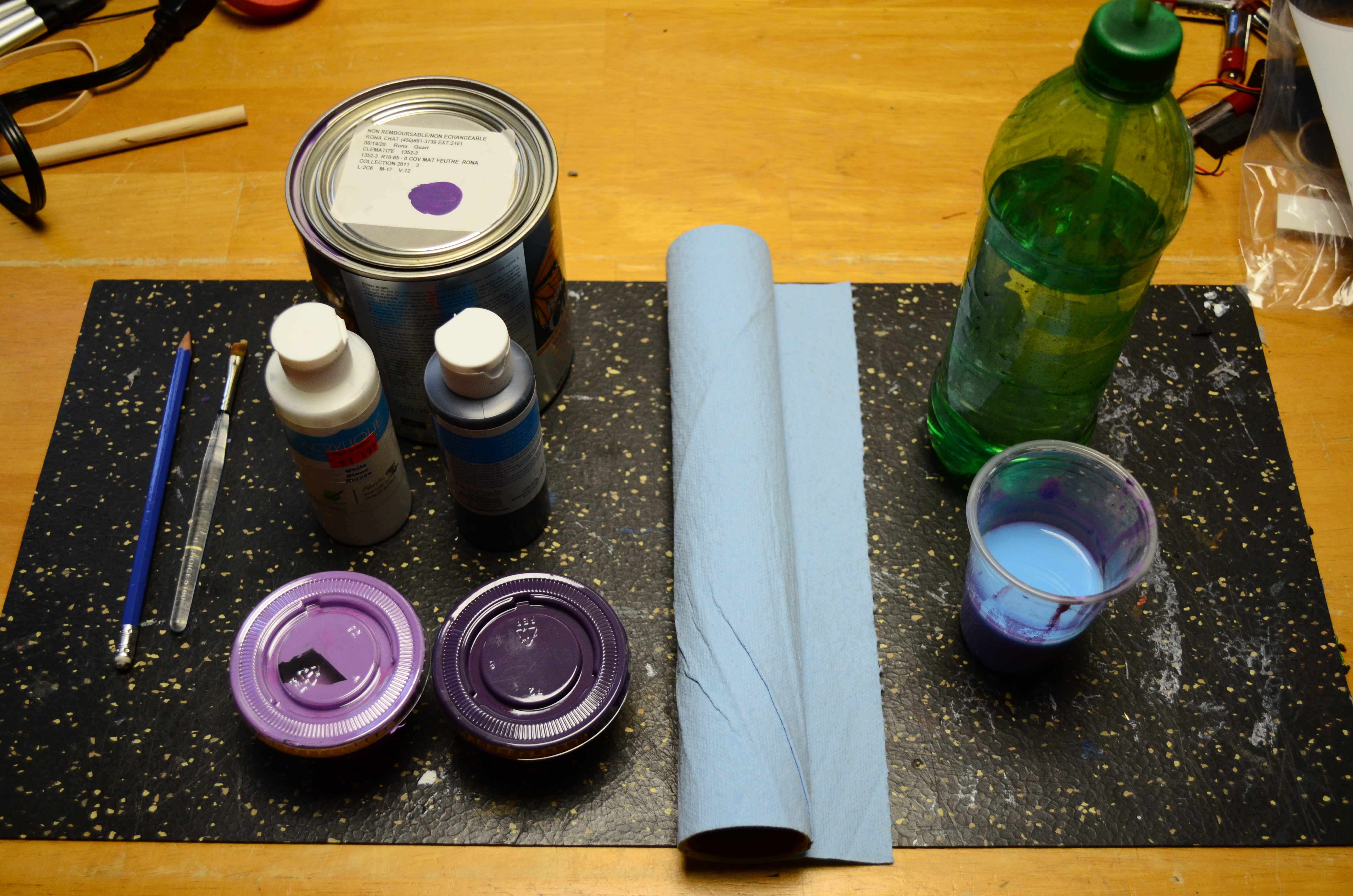 ** The refference i followed while painting 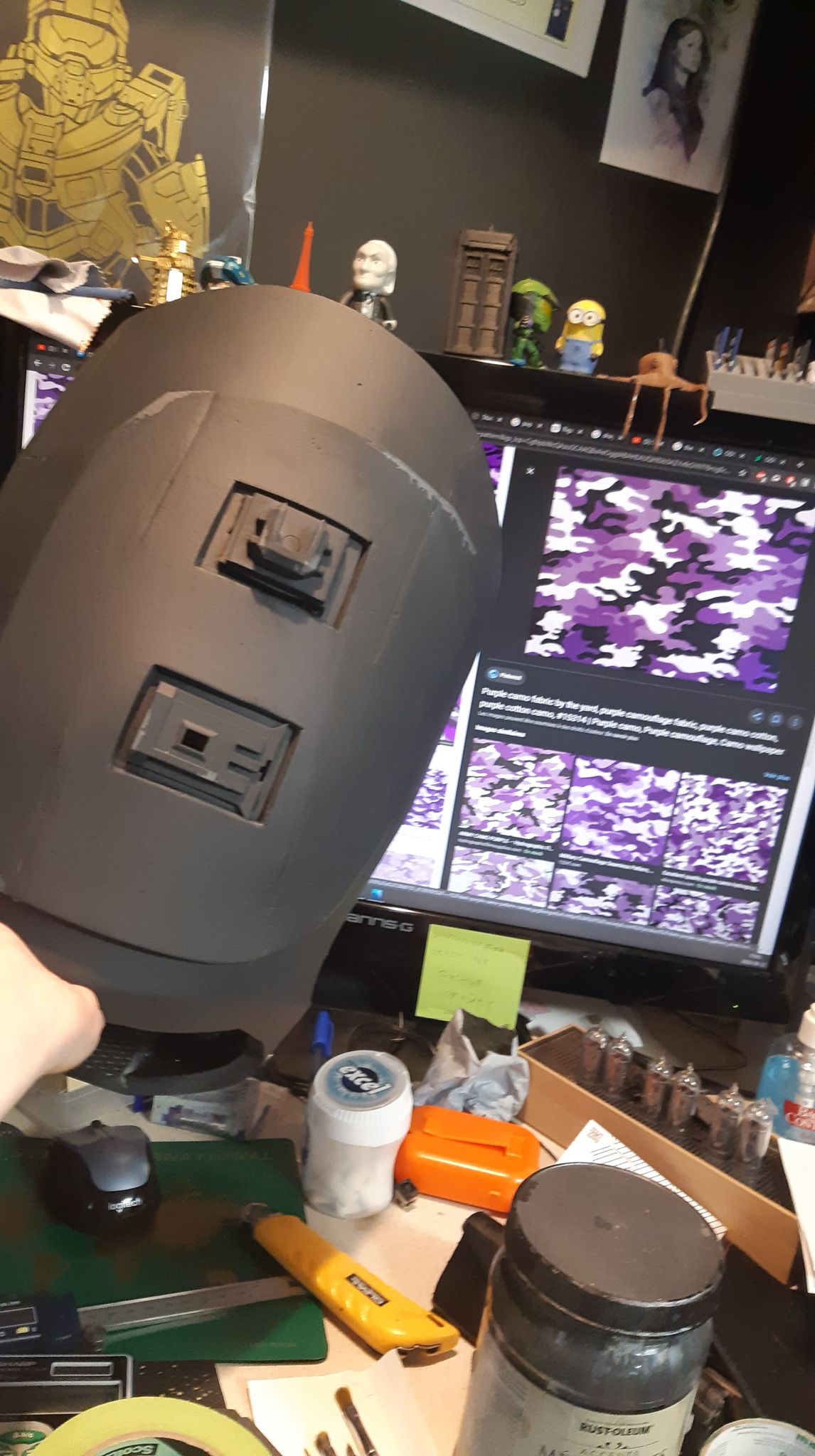 Take the peices that requires the camo patern and paint the entire area that will be covered in camo with the mid tone. this makes it easier when painting as you wont need perfect allignment of the patern on your peices. 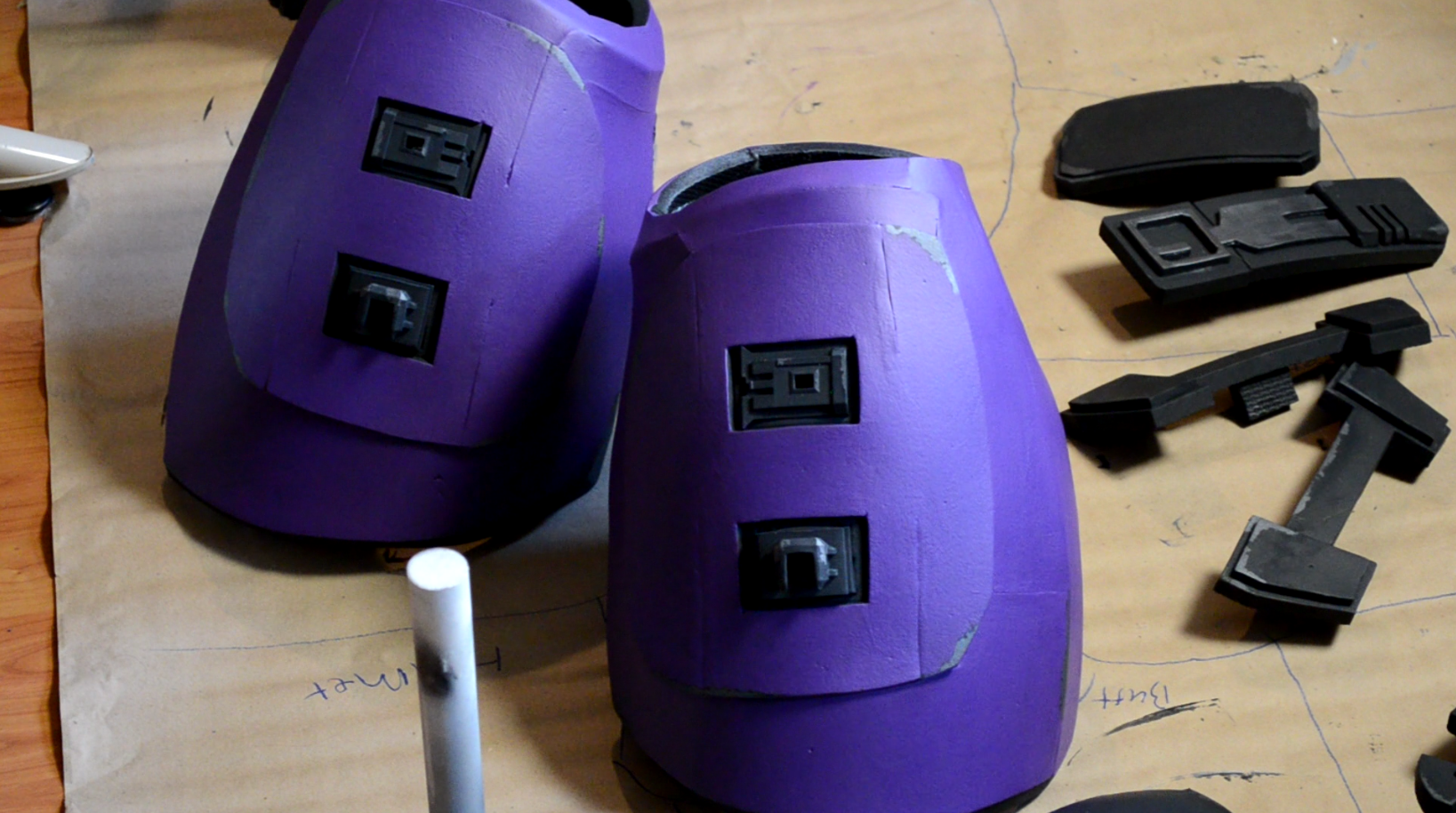 STEP 2
Once the base coat is applied, take your pencil and lightly trace out the shapes of the lighter shades, roughly spaced out like on the refference image that you're following. personaly I think I made the lighter color patches too big not defined enough, something i corrected later on down the line. 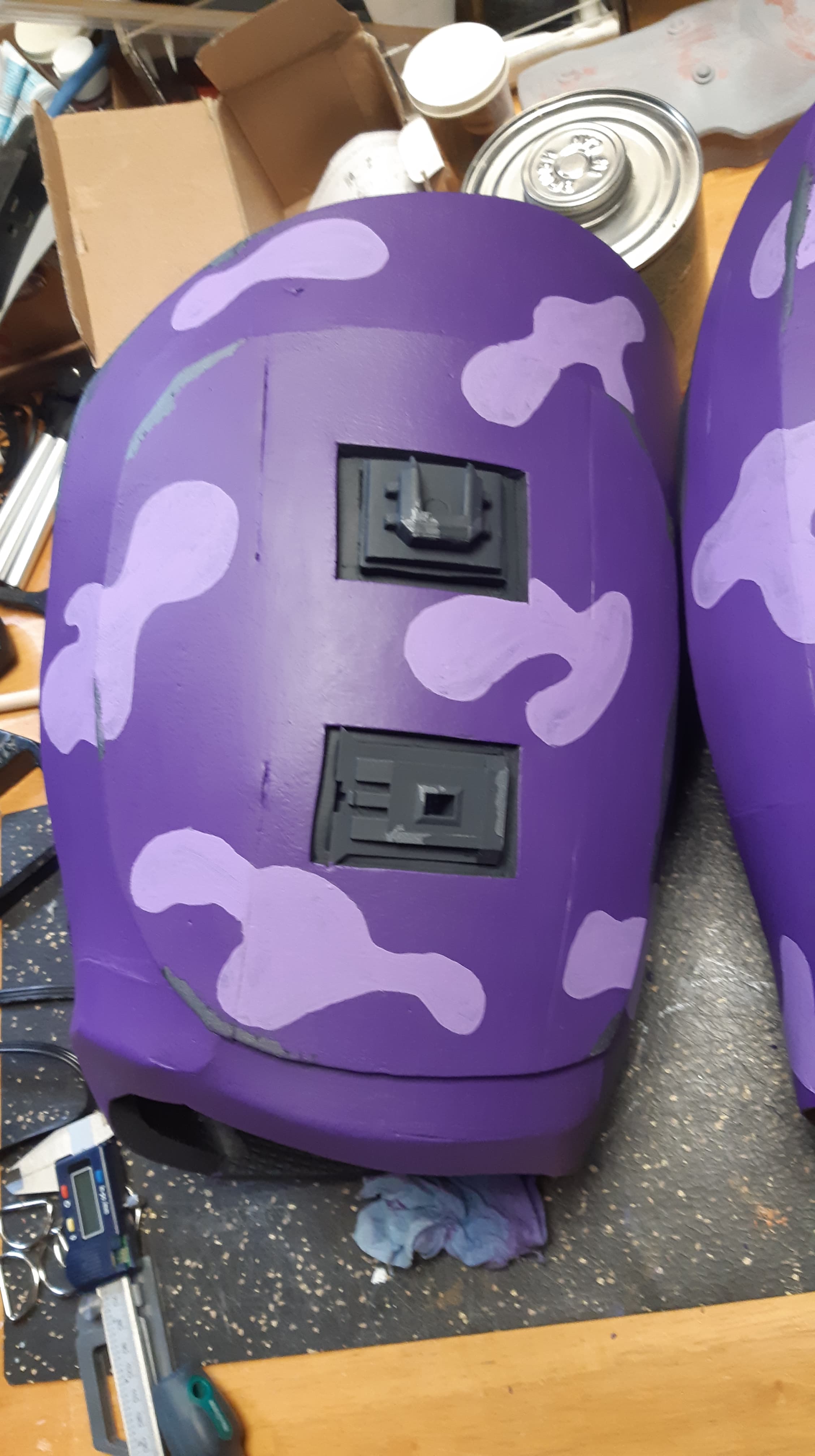 STEP 3
Repeat step 2 but for the darker shade. But do not paint everything on top of the lighter color, like in the refference some darker patach are under the lighter, so i painted around the lighter color as if it went under it. 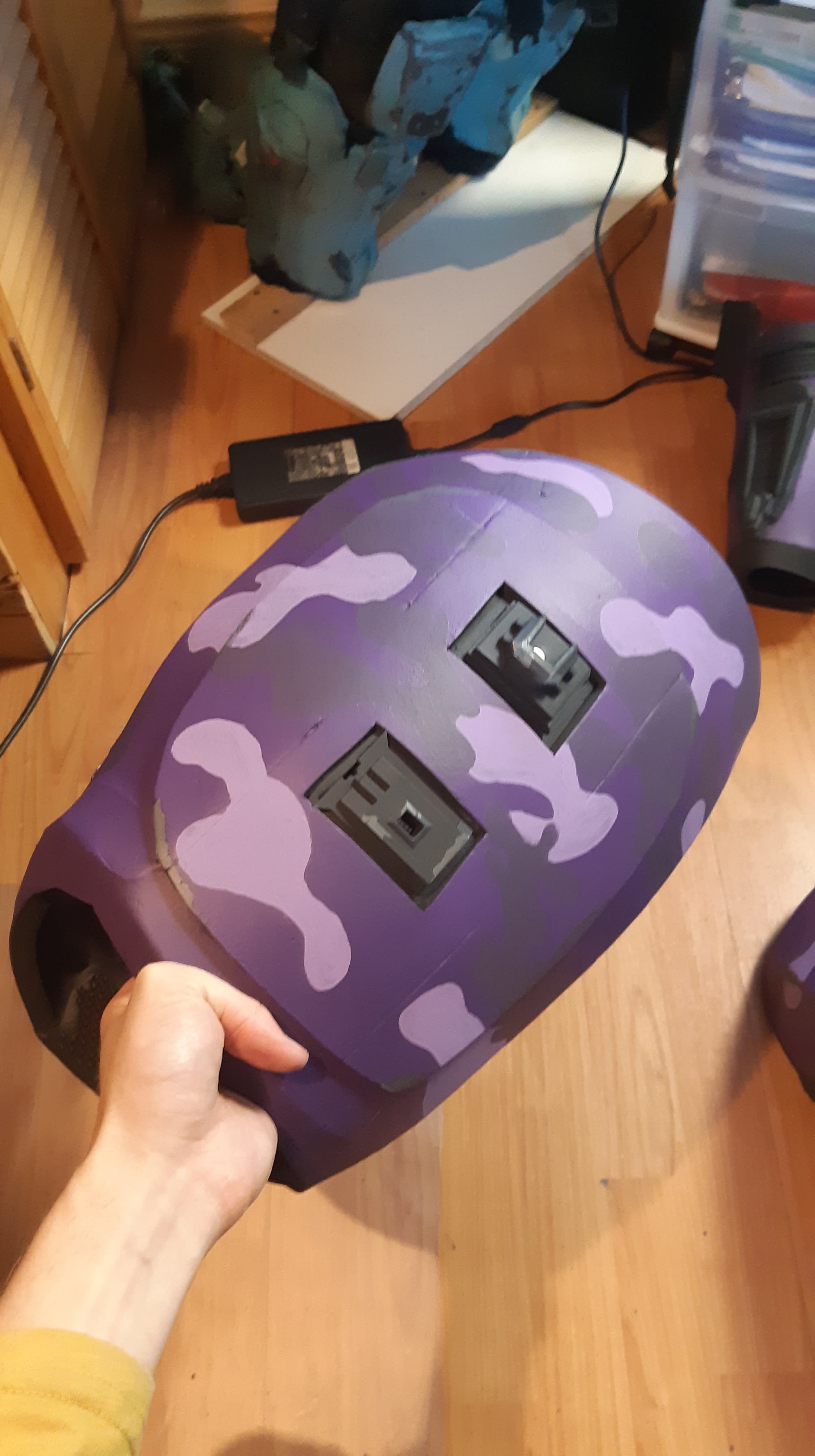 *Again something i would change is make the dark shade even darker, as i find it is too similar to the mid tone

STEP 4
For the final layer, repeat step 2 with one main diffrence, the shape of thee black area are quite diffrente to the regulare spots, so I followed the general shapes of the black spots from the refference, so they cover a big area but with relativly thin strokes (see refference and next image) Also I painted additional black areas to balance the camo patern to make it look better 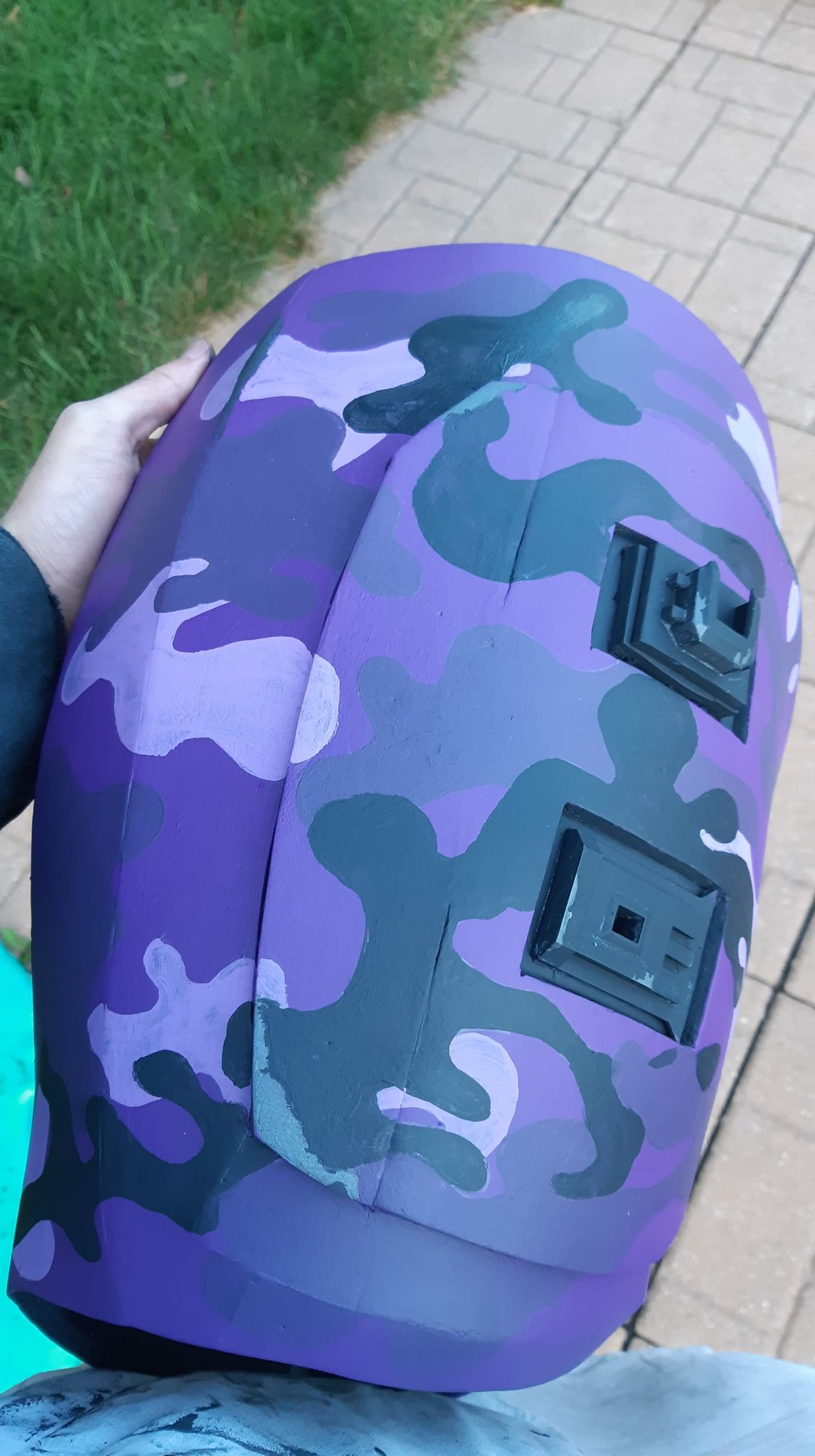 And There you go! you should have a pretty good looking camouflage patern! The only thing that is left to do it to use your favorite weathering technique tie everything together!

Hope you found this tutorial helpfull, if you have any questions, please let me know!
I'd like to thanks he4thbar for giving me advices before i started the painting process!

Colonial Regiment
How did you paint the dark purple wall paint? With a brush? I don’t see any brush strokes. Looks sprayed and flawless. They came out great and nice write up on the tutorial.

SI3RRA 117 said:
How did you paint the dark purple wall paint? With a brush? I don’t see any brush strokes. Looks sprayed and flawless. They came out great and nice write up on the tutorial.
Click to expand...

For the whole suit i use a small 20$ paint gun from amazon to speed up the painting process(that might be a thread for an other day), but for the camo a used a the small brush shown in the material image and thin layers of paint, as it ddries it levels out and the strokes become invisible!
and thanks!