Australian Regiment
After finishing my CE Marine armour last year, something inside of me thought "I want to do a grunt cosplay next". But of course I'm way to tall to dress myself up as one of these adorable kneecap biters... so I'm hoping to make a puppet instead. 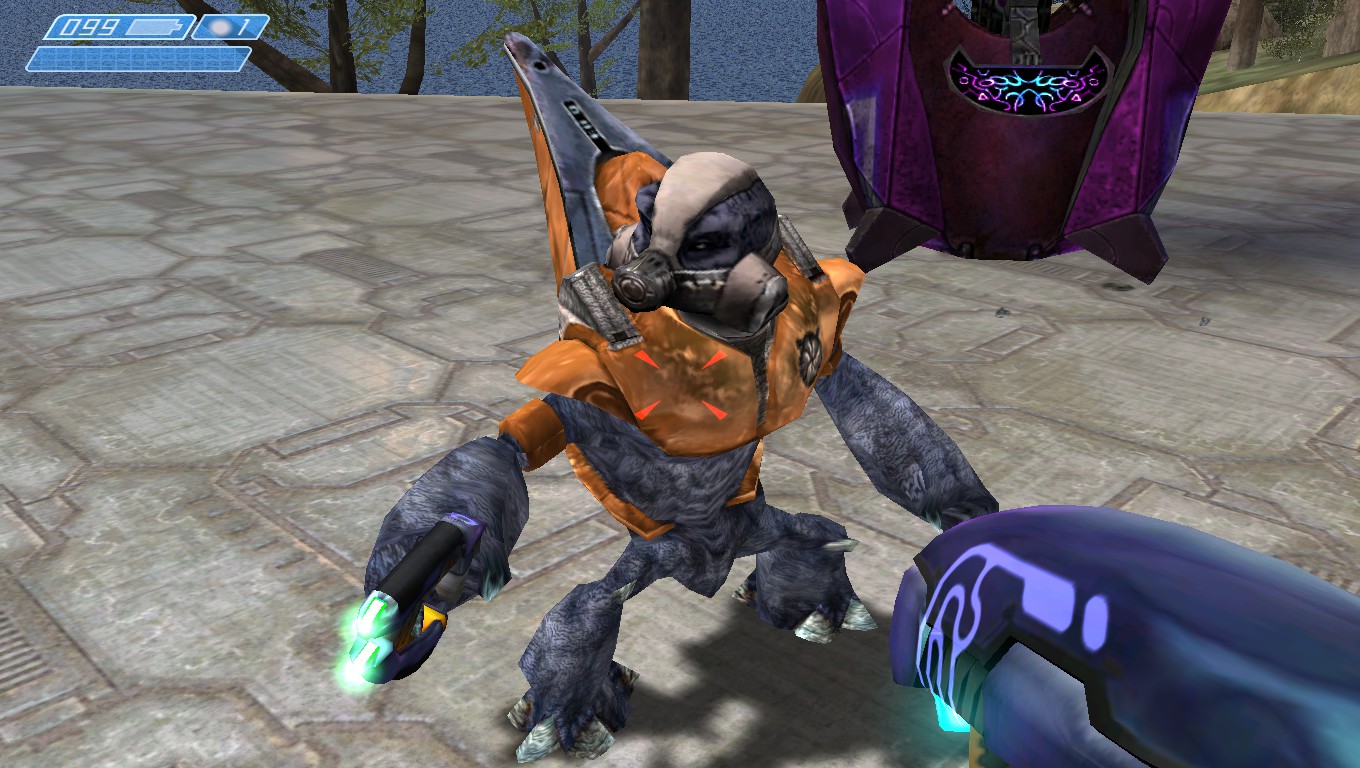 My thinking is that I'll be able to walk as one with the grunt, as in my shoes will be connected to his feet. For the arms, I'll connect black rods to the "wrists" so that I can control them from a distance,
sort of like a Muppet
. And because "If it's worth doing, it's worth overdoing", I'm hoping to add lights and sound effects as well.

In terms of materials, I'm planning to make the limbs from fabric and stuffed, plush toy style (the huggability factor is VERY important), hopefully my friend can help with that. For the armour/methane tank, that'll likely be made from EVA foam and if it's not too heavy, coated with an epoxy sealant and filled with expanding foam. The head can be made from expanding foam/polystyrene, covered with foam clay and then textured to look like the skin.

I'm still working out the armatures of the limbs but I think I might have it. There will be three ball and socket joints in the legs and two in the arms. The "bones" will likely be from PVC pipes and I'll have to figure out what material will make for a good ball/socket joint.

I've downloaded the CE grunt model from Models Resource and opened it up in Blender, as shown below. 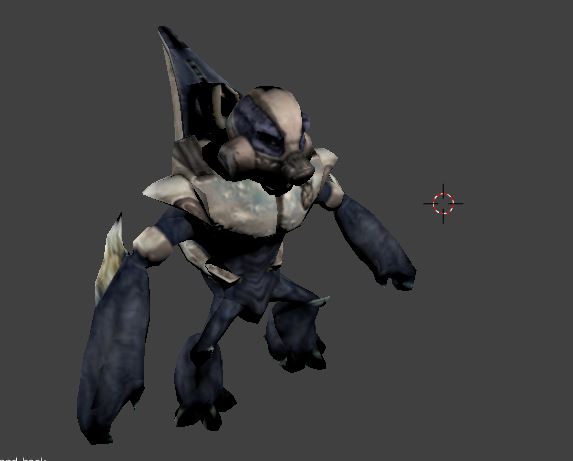 I've also modified the file so I could print it twice - the first one small and low quality, the second much bigger, and I'm hoping to make the limbs posable (somehow). 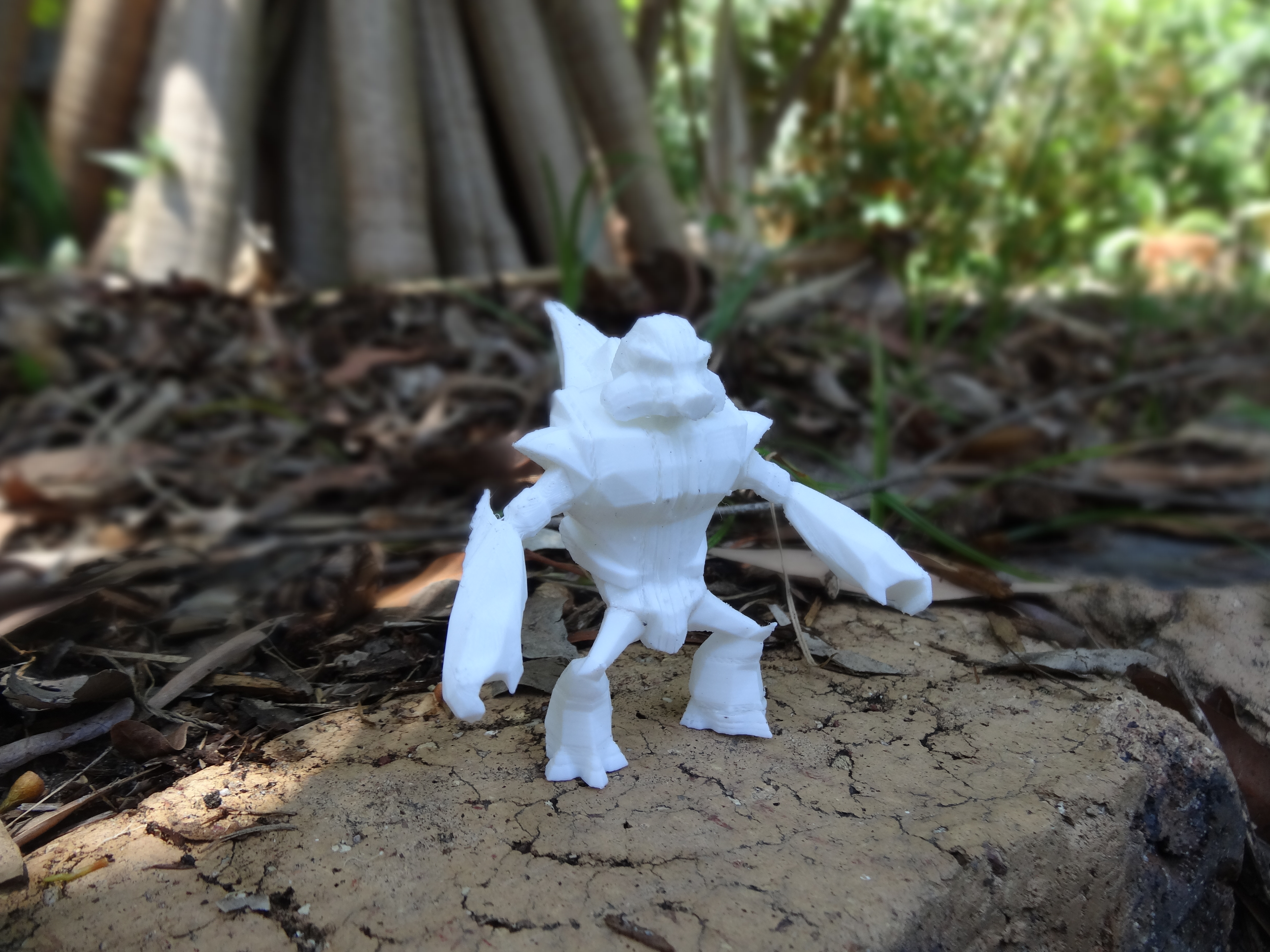 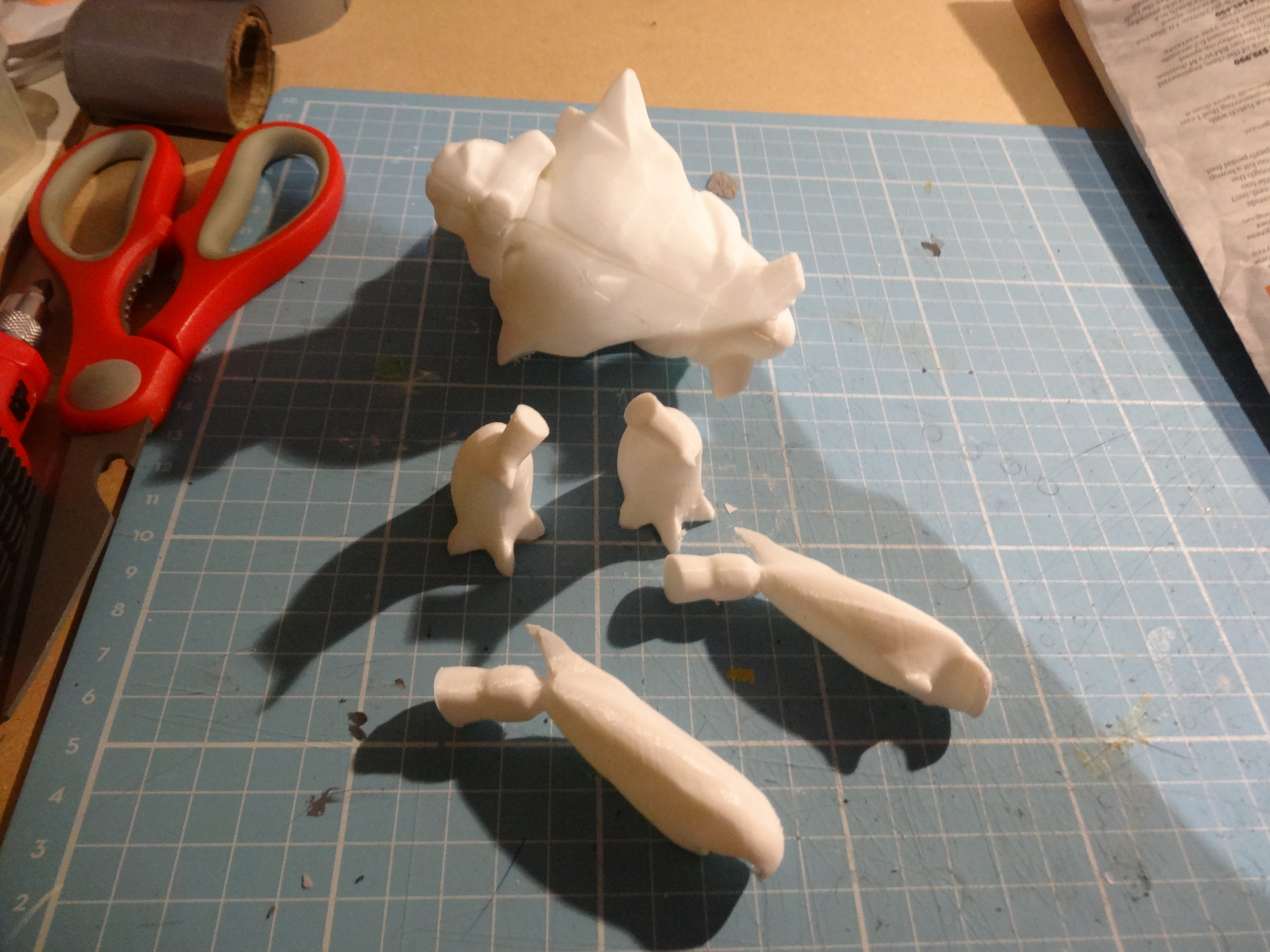 Another thing that concerned me is probably the elephant in the room - the methane tank. How can I stand behind it and still be close enough to the body to control it? I'm skinny, but even that was a bit of a tricky problem to solve, and hopefully I'll come up with some better suggestions soon. Right now I'm thinking that when the grunt is walking, they lean forward with there left hand on the ground, and tank pointing up in the air, as shown below. When he's standing, I may be able to stand just to the side of him. 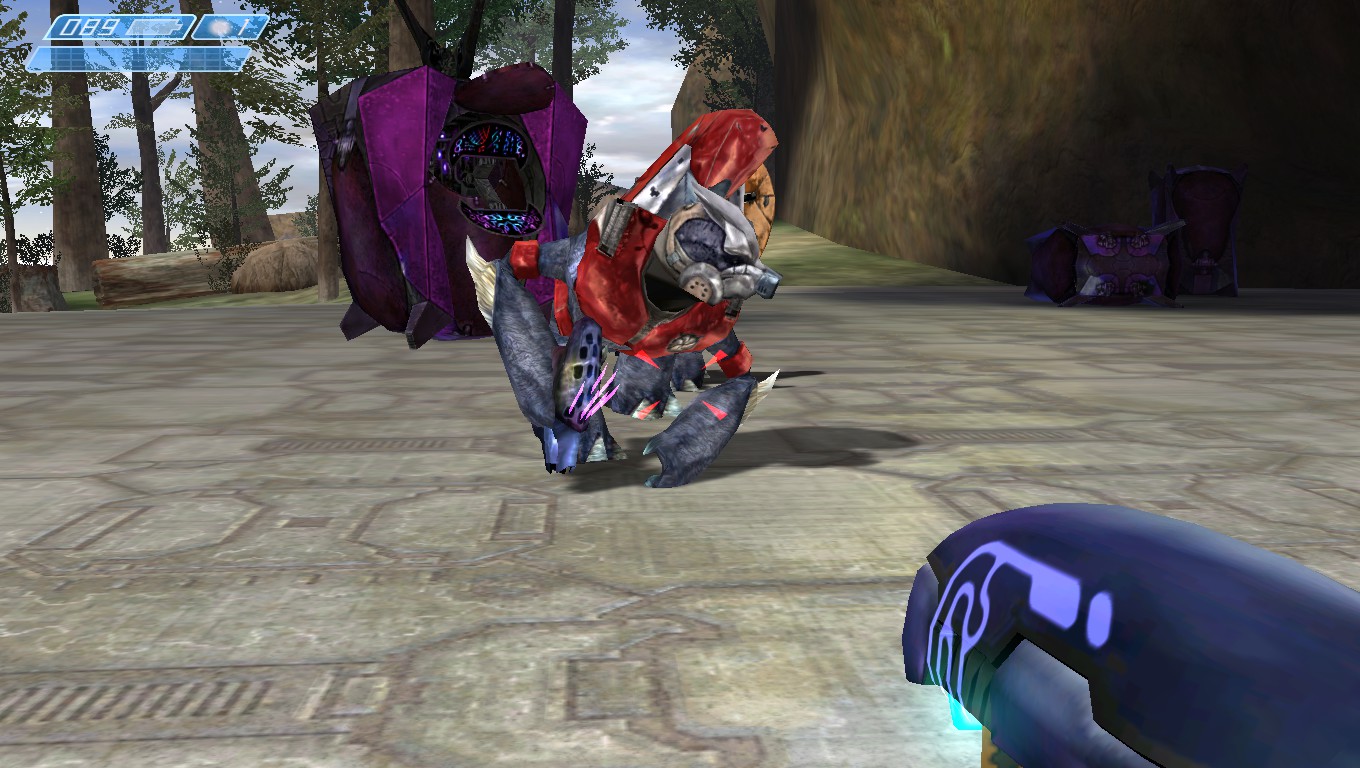 Australian Regiment
I'm not working too much on this yet because I've got some other projects to wrap up before starting a new big one, but I'm designing and planning in my free time. Which is actually good, because I never spend enough time planning!
I have assembled the larger grunt (sadly without moving limbs)... 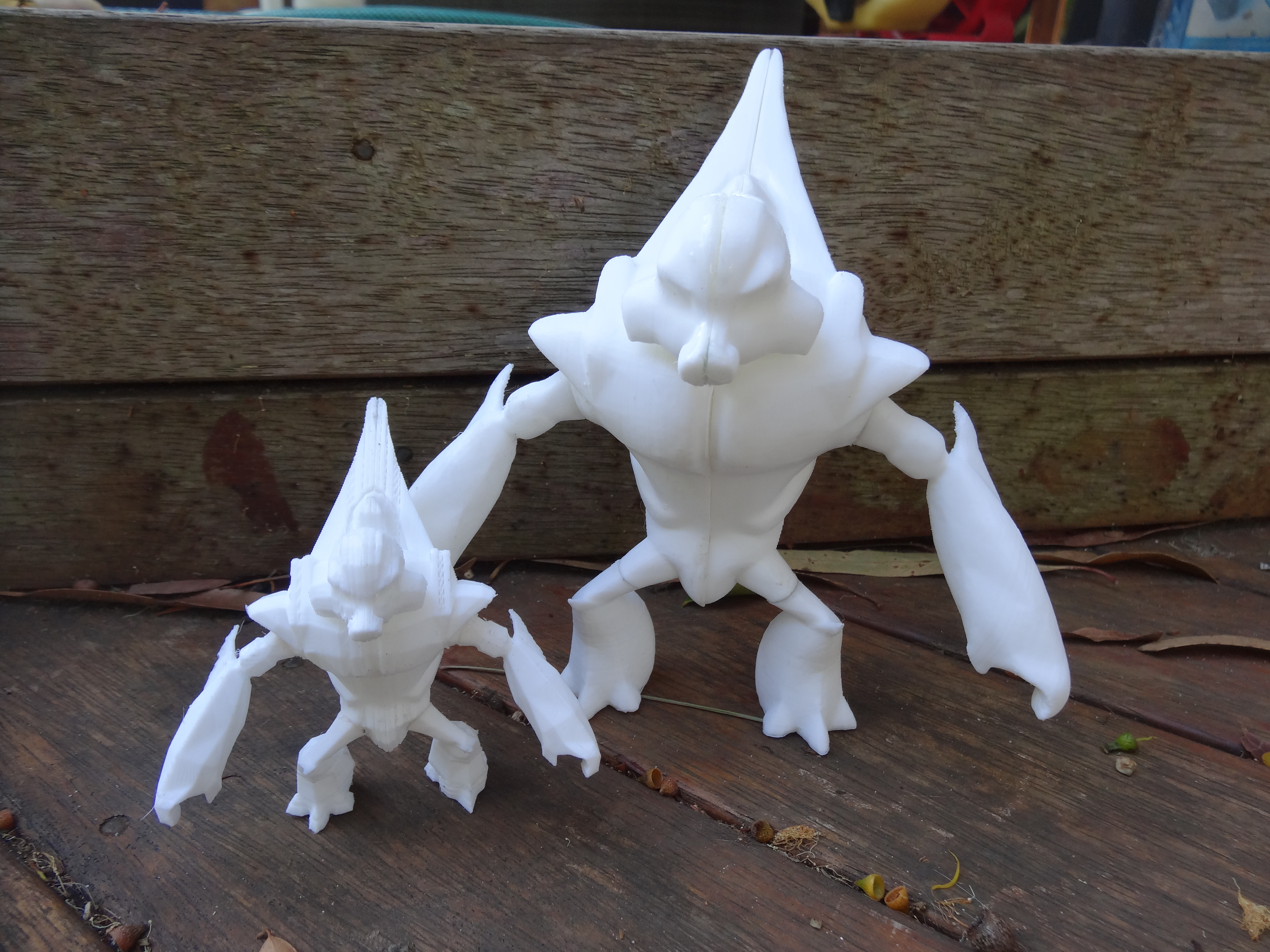 ...and started sketching the armatures and attachments (for feet, hands and shoulders for support). This hasn't been drawn to scale. 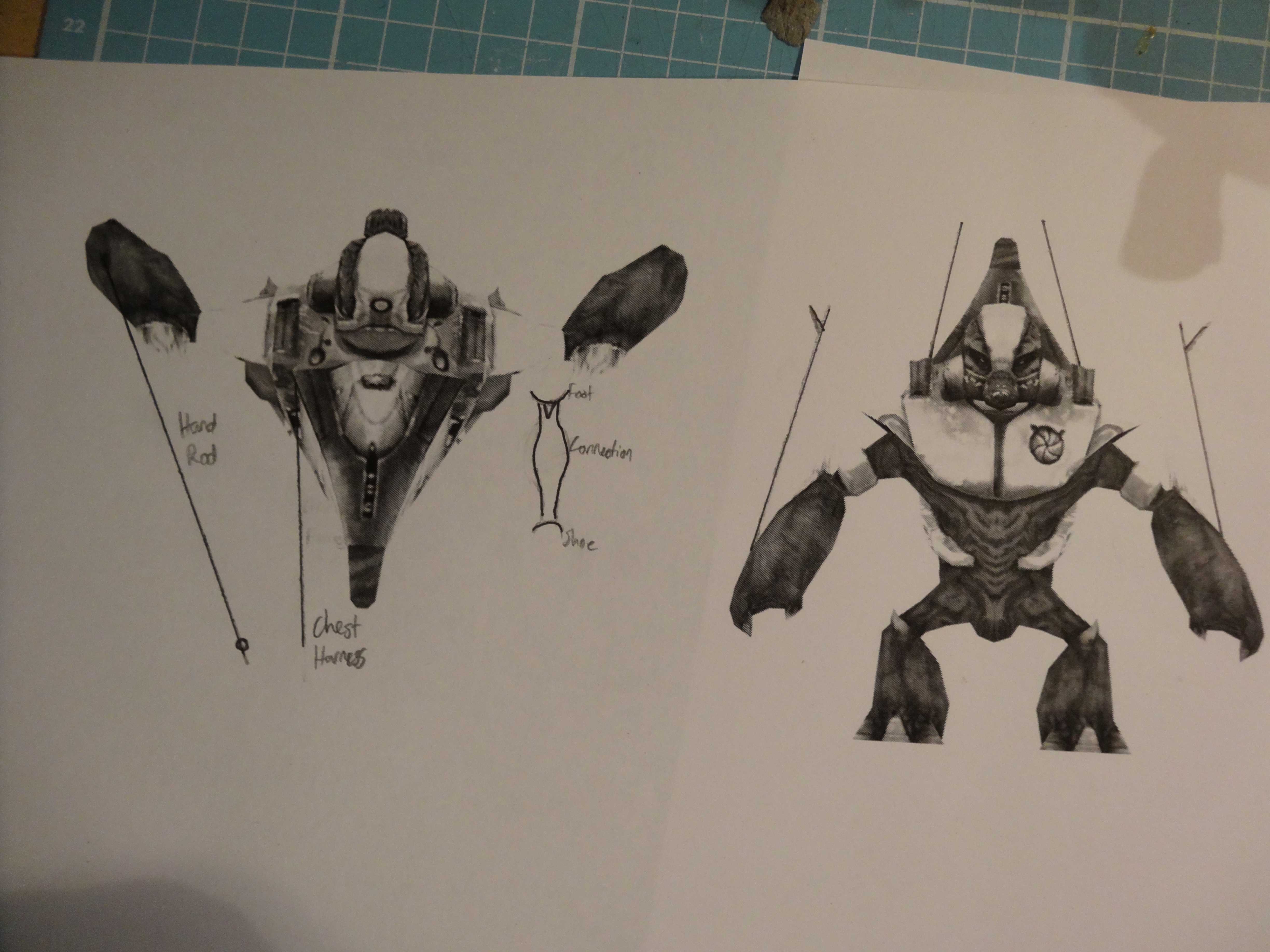 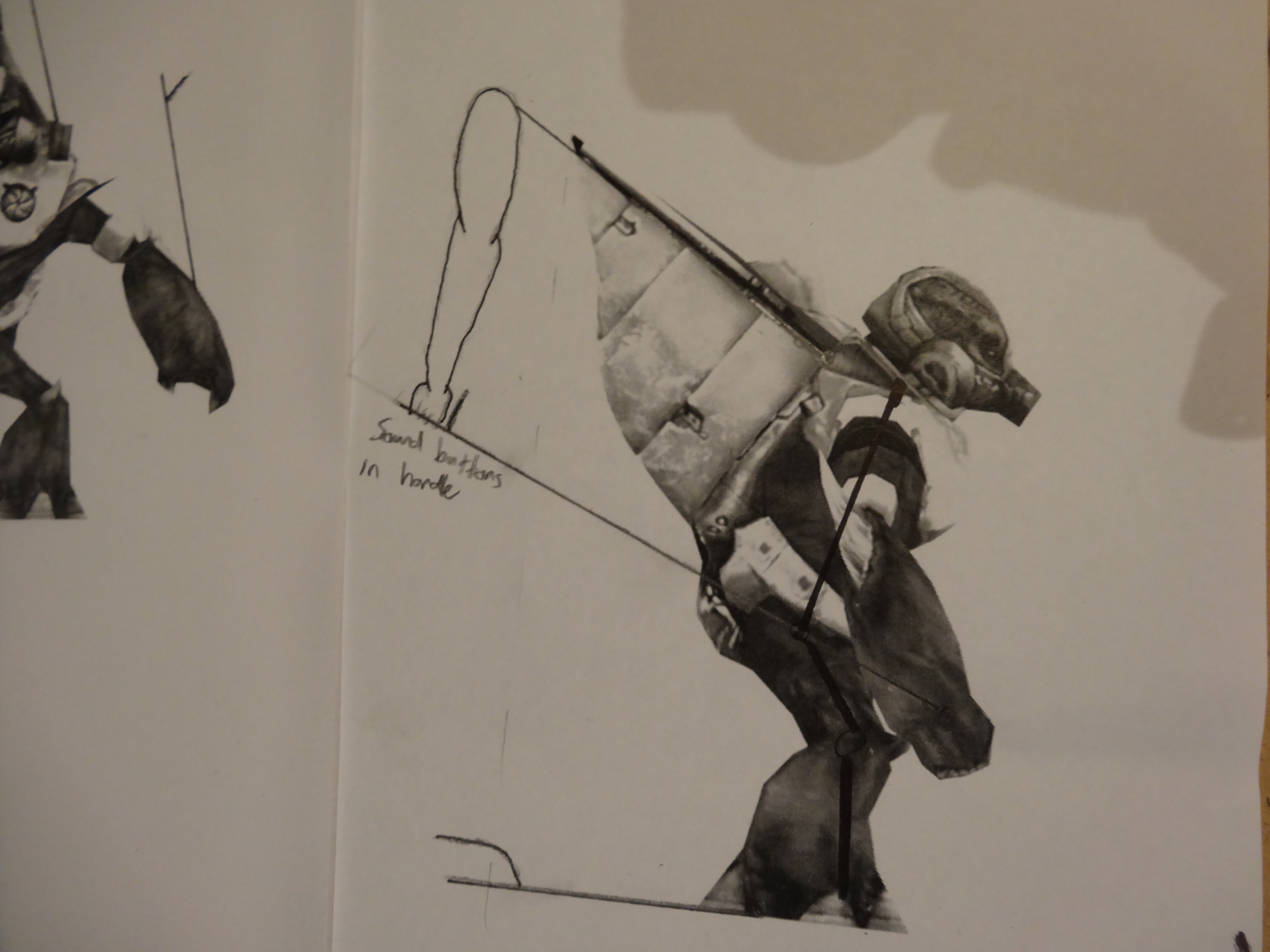 Quick question, where would you guys get ball and socket joints from? I've had a look online at Bunnings, Jaycar and Amazon and I can't find anything suitable.

Australian Regiment
Started making the structure out of alfoil and ductape (as can be seen on my Instagram stories highlight) but I've sinced ditched that idea, as it means I would STILL have to join all the parts, cover them with a layer of glad wrap then again with ductape to make patterns from. No thanks.

So yesterday I purchased Armorsmith and got to splitting the pattern pieces. I will print/cut/assemble these, make fabric patterns then give them to my friend to sew together.

The body here I took from the original model, cut off the armour, head and spikes/toes, then split him in half. I readjusted portions of the body (mainly around the bust) so it would fit under the armour. 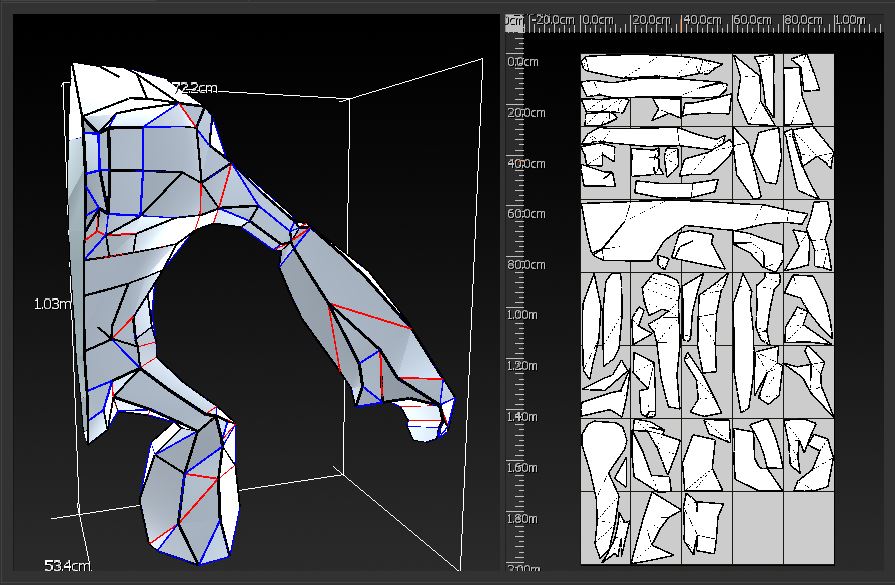 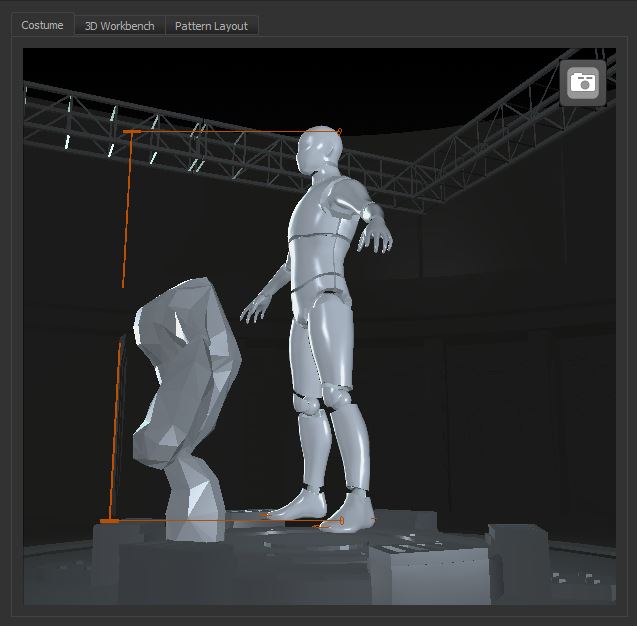 Vary creative! I've never heard about a puppet like this before, yet again I am a newbie.

MattAttack771 said:
Vary creative! I've never heard about a puppet like this before, yet again I am a newbie.
Click to expand...

Cheers! Just wanted to try something out of the box. 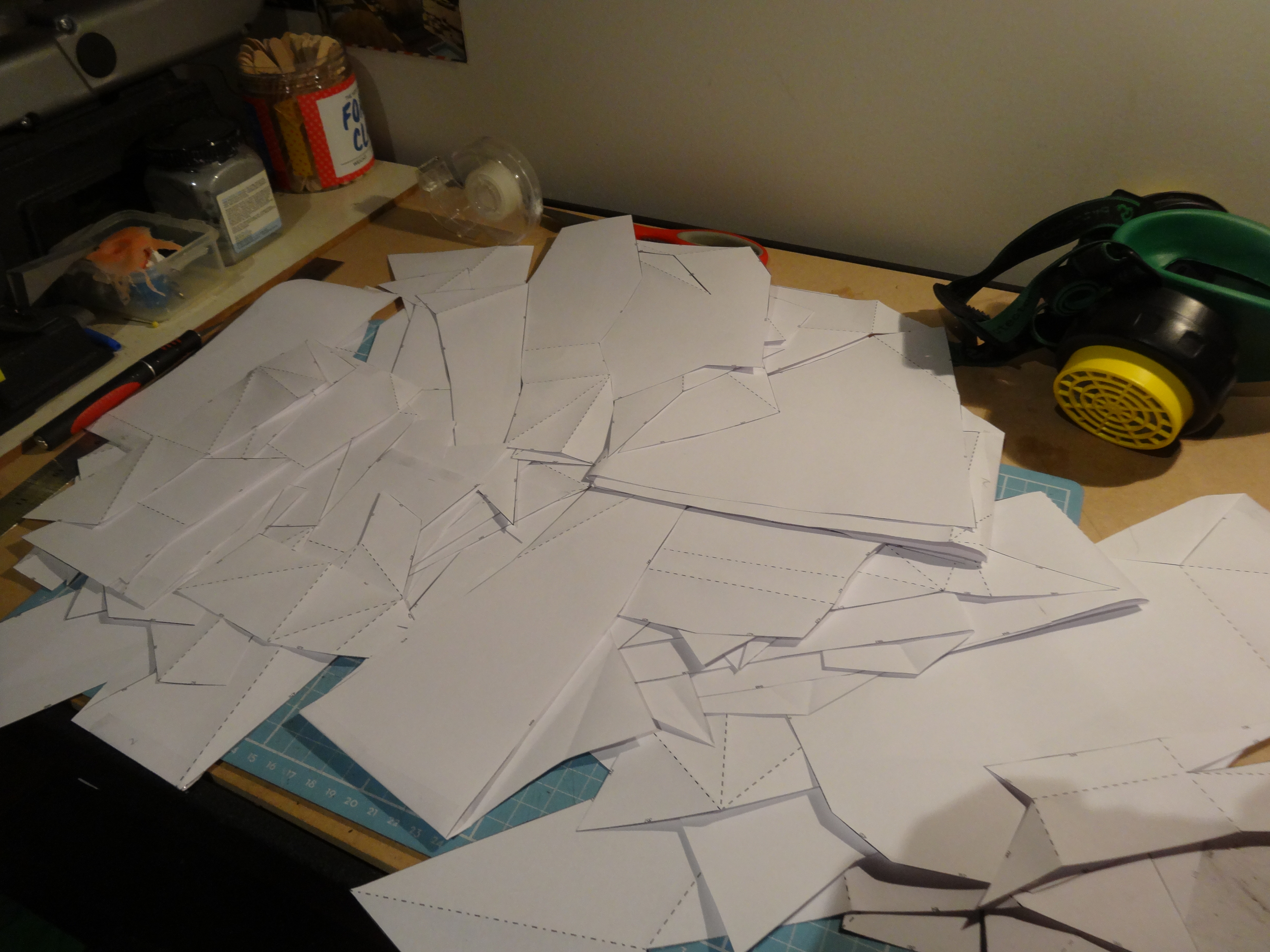 All 33 pages of patterns. It's like the worst 3D puzzle I've ever encountered. Luckily I've got some great music to back me up.

Southwest Regiment
so are you going eva foam route?

Haydenator said:
so are you going eva foam route?
Click to expand...

From this paper pattern, I'll make a sewing pattern for a friend to make from some sort of fabric (I found a good one in Spotlight but I can't find it online), to then be stuffed. The armor, nails/spikes and parts of the head will be EVA foam.

This is one of the patterns I found instore but it's not the best one I saw: 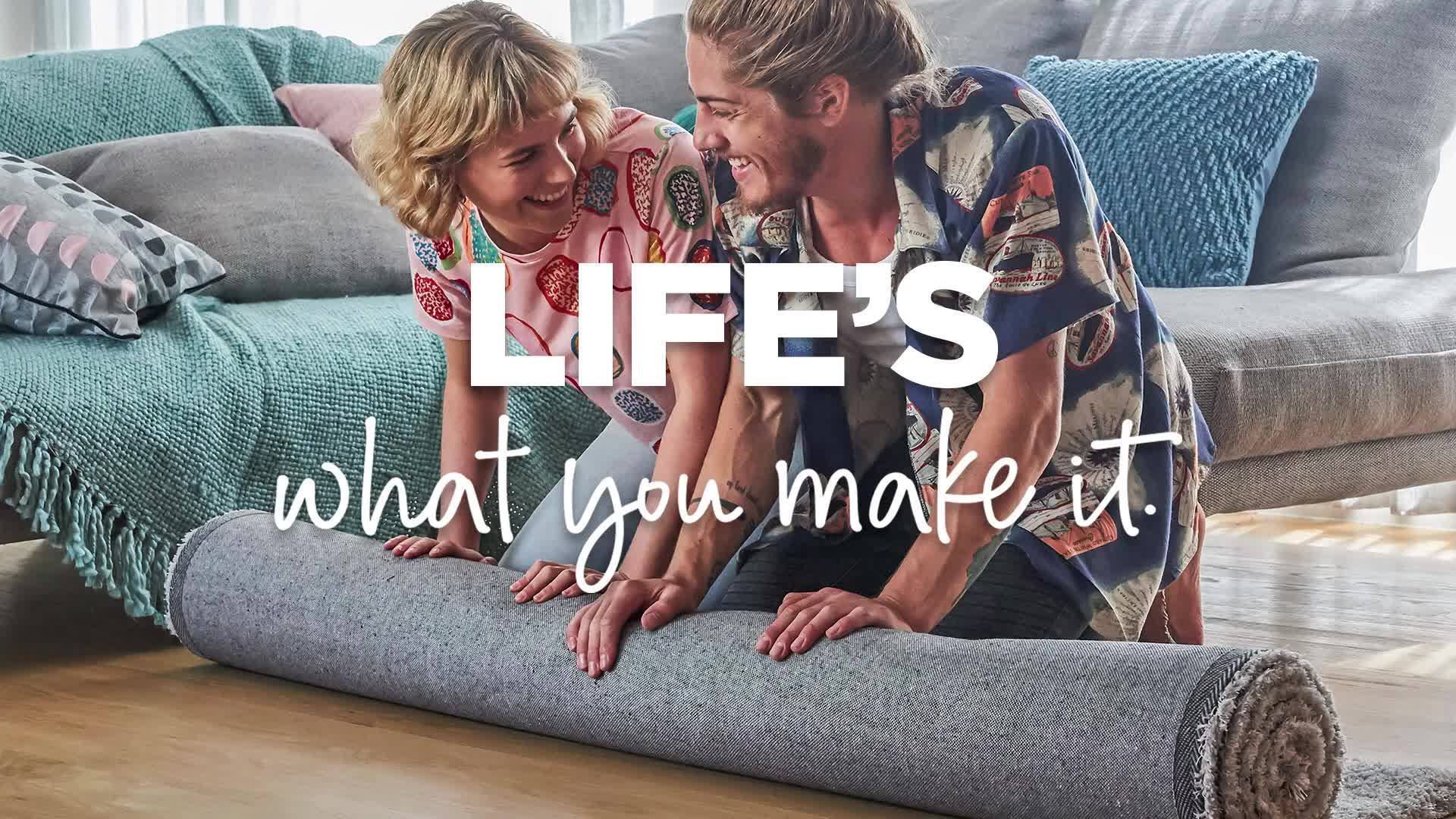 Fabric By The Metre At Spotlight - Cotton Fabric + More

Spotlight has an amazing range of fabric by the metre, including ribbons, fringe and table coverings. Discover our wide collection of patterns online. 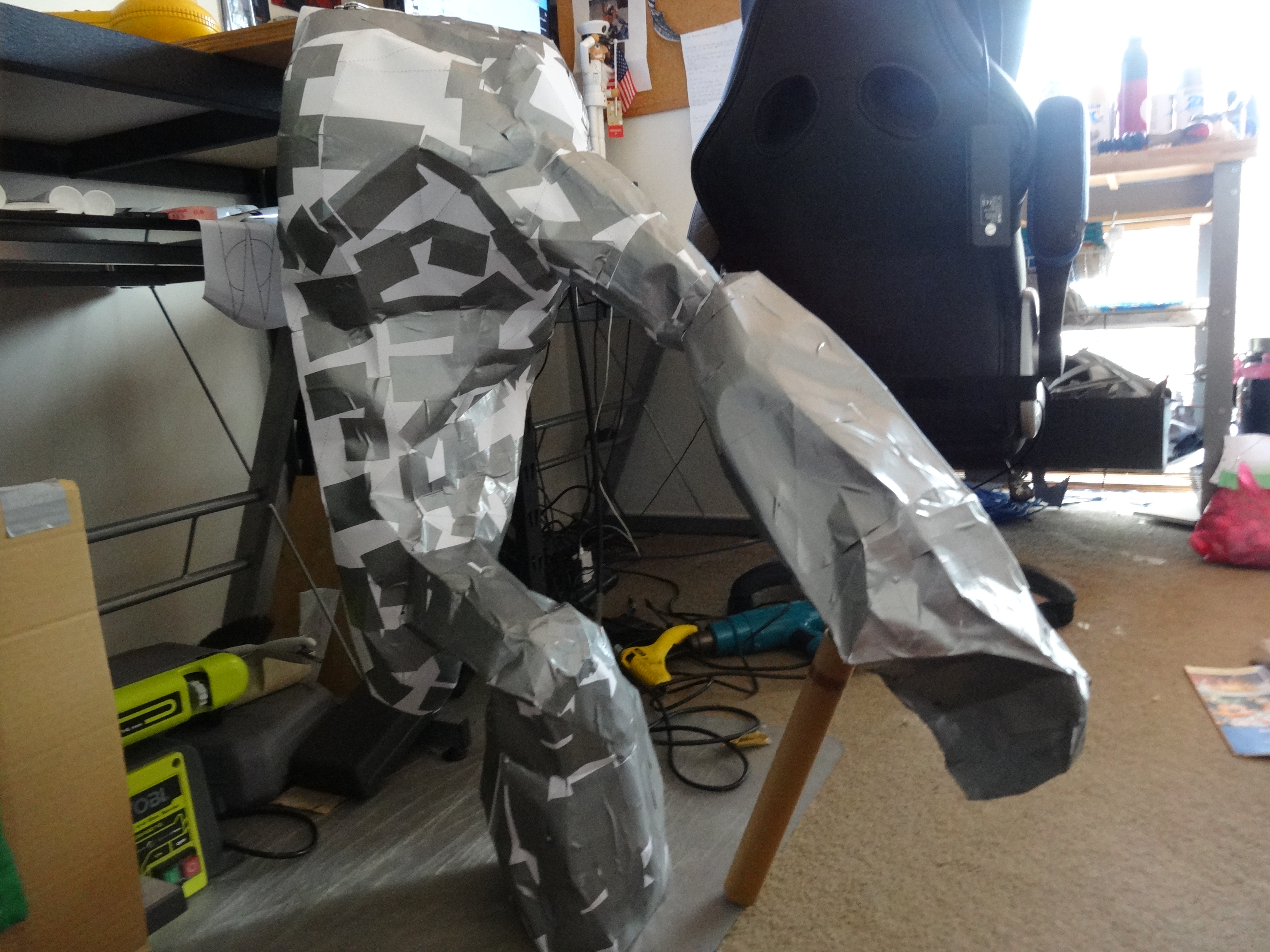 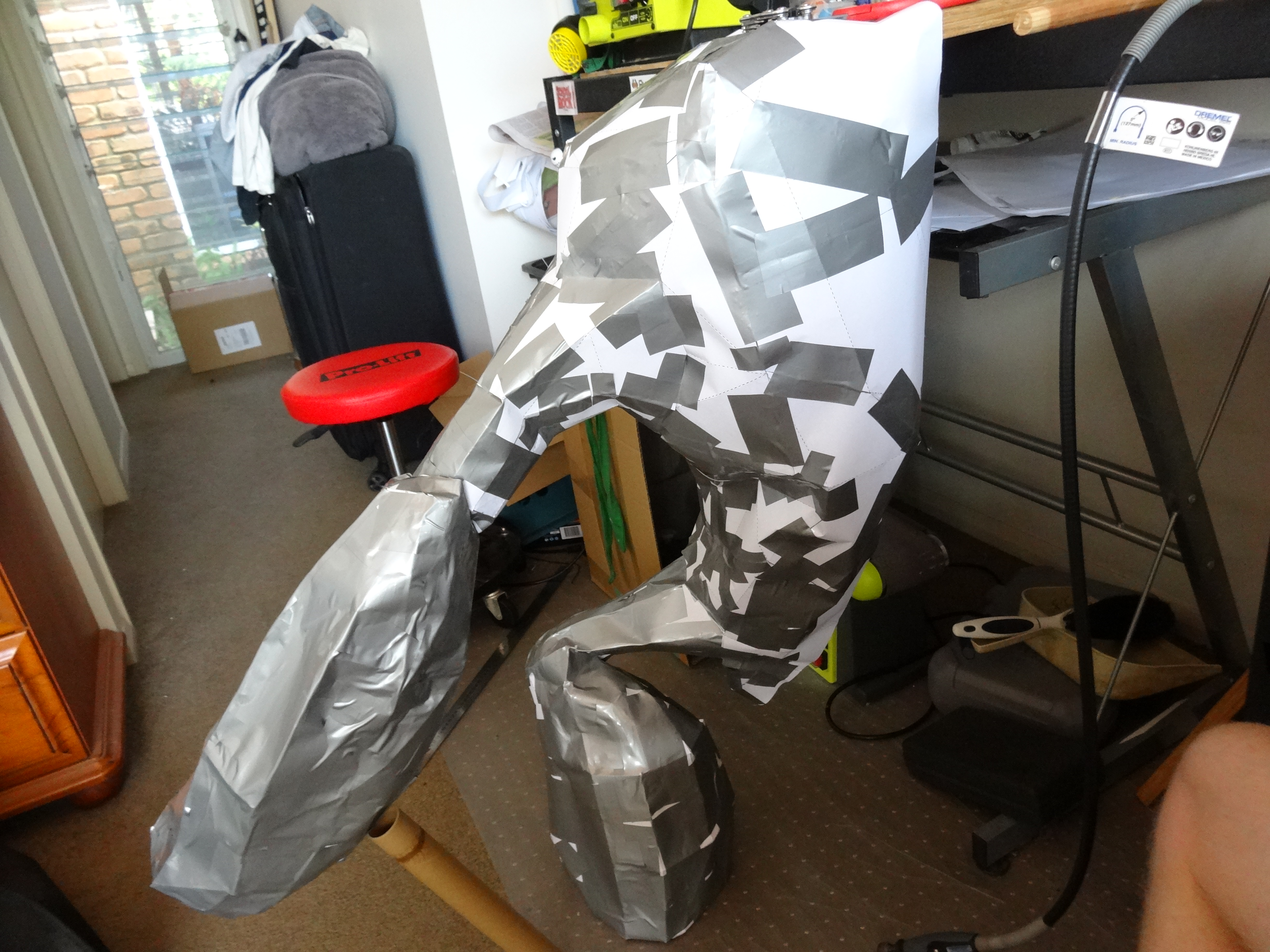 Happy 405th day everyone! Spent the day watching the mauler stream, working on a couple of projects and mainly trying to put this together. Hopefully the tape will give it enough strength and flexibility to make into patterns to sew. 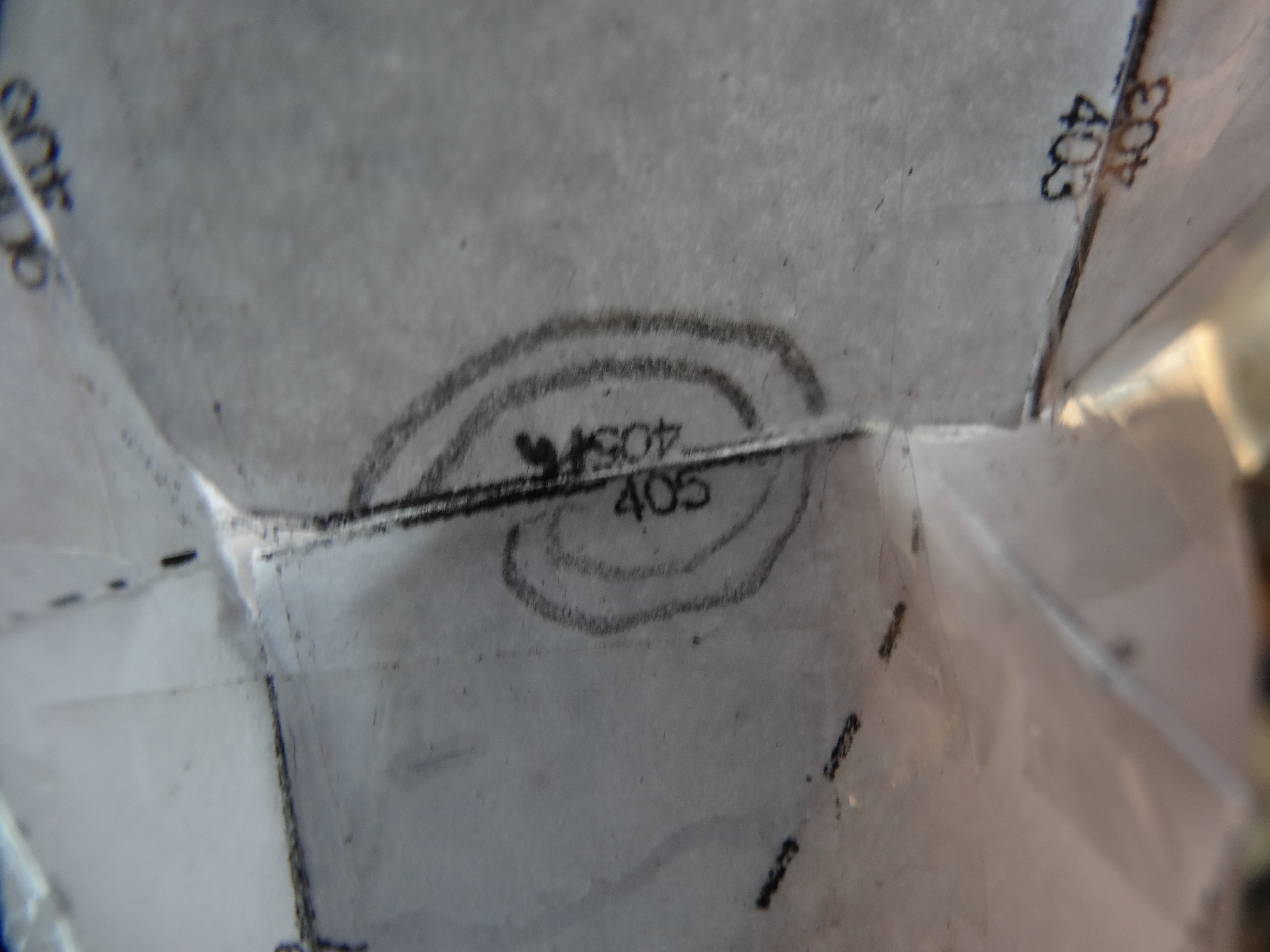 And look! You're all a part of it too. You're the arms that hold this thing together.

Australian Regiment
Right, so patterns are (mostly) done, I forgot to do the seam allowance on the body before taking the pictures. Also there are some edges on the body that are missing edge ID's, SOMEHOW, so I'll have to figure that out when I print it. Those blue grid lines represent A4 pages. 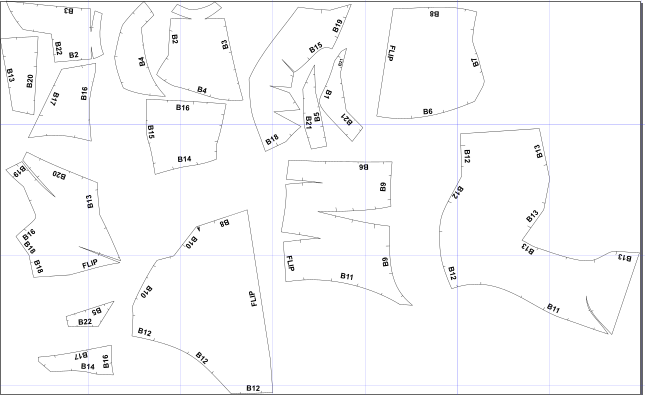 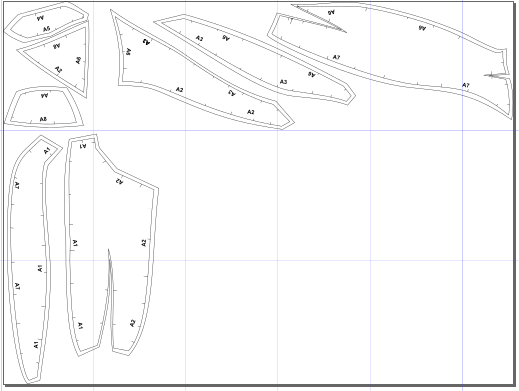 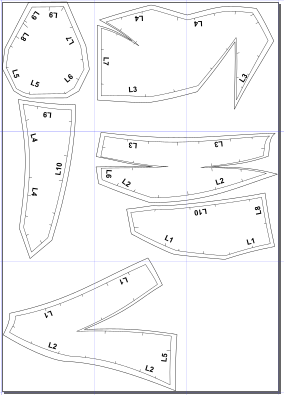 So, this may be the last update for a while. The next step is to buy fabric and work with my seamstress to do a mockup of the body (moral support, mostly) before working on the final version. However, with the lockdown I can't go and work with her, so who knows when I'll be able to continue on this. Luckily it's not due for a con at the end of the year!

Canadian Regiment
Looks great dude! Are you planning on making a weapon for the little guy? Keep it up!

D3LTA said:
Looks great dude! Are you planning on making a weapon for the little guy? Keep it up!
Click to expand...

Thank you good sir! I have thought about it, and while I haven't completely rejected the notion, I'm thinking of maybe having him unarmed. If I'm lucky, I'll be able to figure out a mechanism that will allow him to open and close his fists, giving him some more animation. Although if I do that, I may not be able to make his head rotate. Just thinking out loud.

Australian Regiment
Finally, this project resumes! I've just dropped off the arm and leg patterns to my seamstress, who will be making a mockup before commiting to the final form. It'll still be a while before I have anything to share, however. I'm not wanting to construct any parts in fear of getting the scale wrong.

This is an awesome project. I'm excited to see the results.