Couple Pulls but a compleate loss

Well I was able to do the Mold of my sculpt usings Adams ODST method and it worked great. Unfortunatly right after I pulled the mold from the sculpt my brother knocked over one of the heaters I was using to dry it quicker onto the paper I was using to protect the floor.

Least to say not much survived the resulting fire, The clay sculpt which was realativly unharmed during the mold making process was melted from the bust, the mold I had though had somehow survived the fire unharmed unfortunatly became warped and now the pulls from it reflect this. It was a total loss of upwards of 500-700 bucks for me.

Luckly no one was hurt, my brother suffered some burns on his arms when he tryed to pull the mold away from the fire and my garage suffered some minor smoke and burn damage but other than that everything was ok.


So I have 2 pulls from them mold that if anyone wants them just PM me and we can work something out, I am extremely discouraged from this but im not going to let it get me down I will continue to attempt to make a suit but more than likely go a cheaper route this time with pepuraka or something I dont know yet.


Pics of the two pulls I was able to get from the mold before the weak parts where the fire burned it tore. They are slightly warped but need a good home. 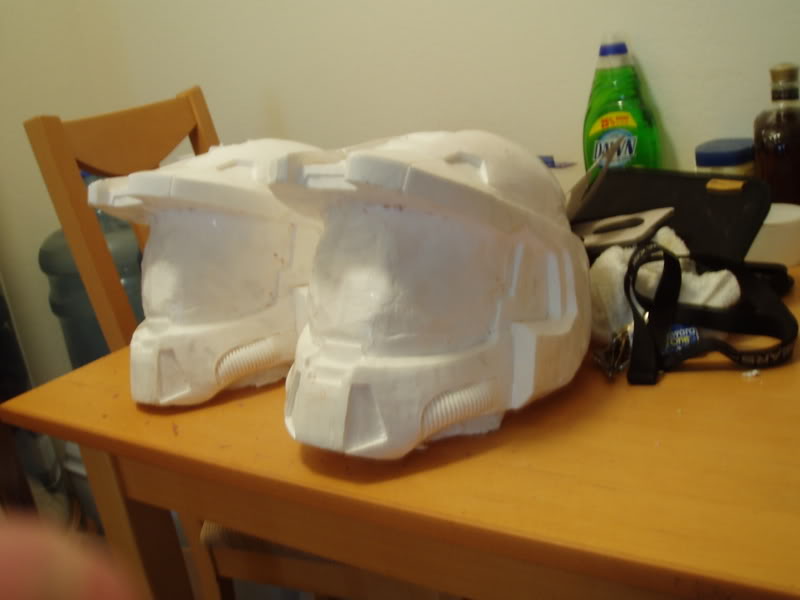 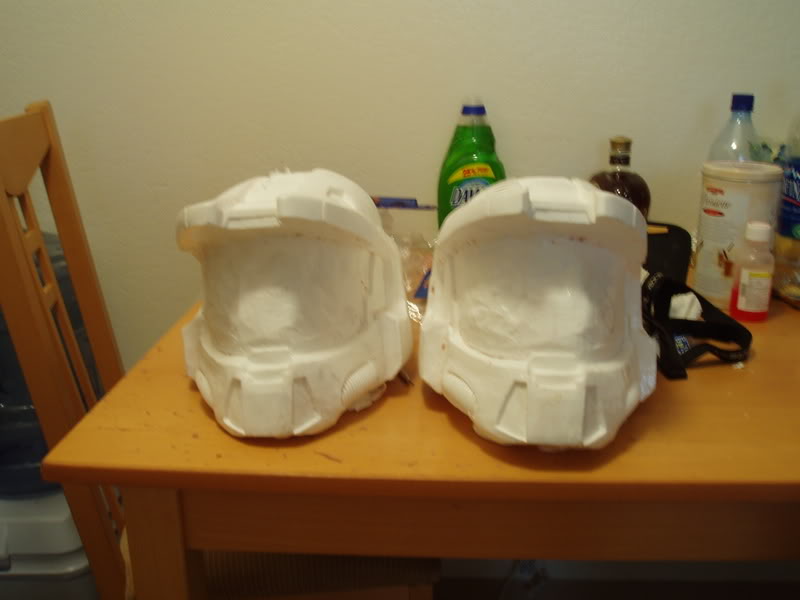 Southwest Regiment
Glad no one was hurt! But still, its good that your not letting this get you down. Im sure that theyll sell Theres always people looking for helmets here. I have a sean helmet, but if I didnt id go for one of these. They look pretty good even after the accedint.

Colonial Regiment
Glad no one was hurt, hopefully you'll be able continue with this project of yours, and good luck to ya.

Southern Regiment
Sorry for the loss.. but where are the pics?

The sick bastard in me wants to see beautiful things ruinated.
Z

Vrogy said:
Sorry for the loss.. but where are the pics?

The sick bastard in me wants to see beautiful things ruinated.
Click to expand...

LOL well when your combating flames the last thing you think of is "taking a picture" I will take a few of the smoke and flame damage to my garage so you guys can see a bit later
Last edited by a moderator: Feb 25, 2017
P

Well at least your bottle of crown survived.. That would have been the end of the world!!
N

Well at least your bottle of crown survived.. That would have been the end of the world!!
Click to expand...

A nice fellow costume maker would SHARE his crown with all of us.

did you dope slap him?
Glad you're okay

Props Weapon, Equipment, Prop Template designs With a dash of art on the side
2

Props Weapon, Equipment, Prop Template designs With a dash of art on the side
2