If somehow, you've avoided Critical Role in the time it has been around, I full-heartedly suggest checking it out. I put it off for a while but it was a big part of my quarantine life in the first round. To date, I've got to episode 81 out of 123 (I was actually quite close to catching up as they announced they'd be returning in a socially distanced manner, but I lost steam when they said they would be prerecorded)

I don't remember what drew me to Nott in the first place, but I assume its my innate goblin tendencies to collect shiny rocks and sticks, as well as a deep appreciation for her ability to look after the others without them noticing it. (Also her speech about the dynamics of her relationship with Caleb is A++)

And then they released the updated art for her, and fun fact: yellow is one of my favourite colours, and hoo boy do I love flower crowns. My fate my sealed. I must cosplay this little goblin girl. 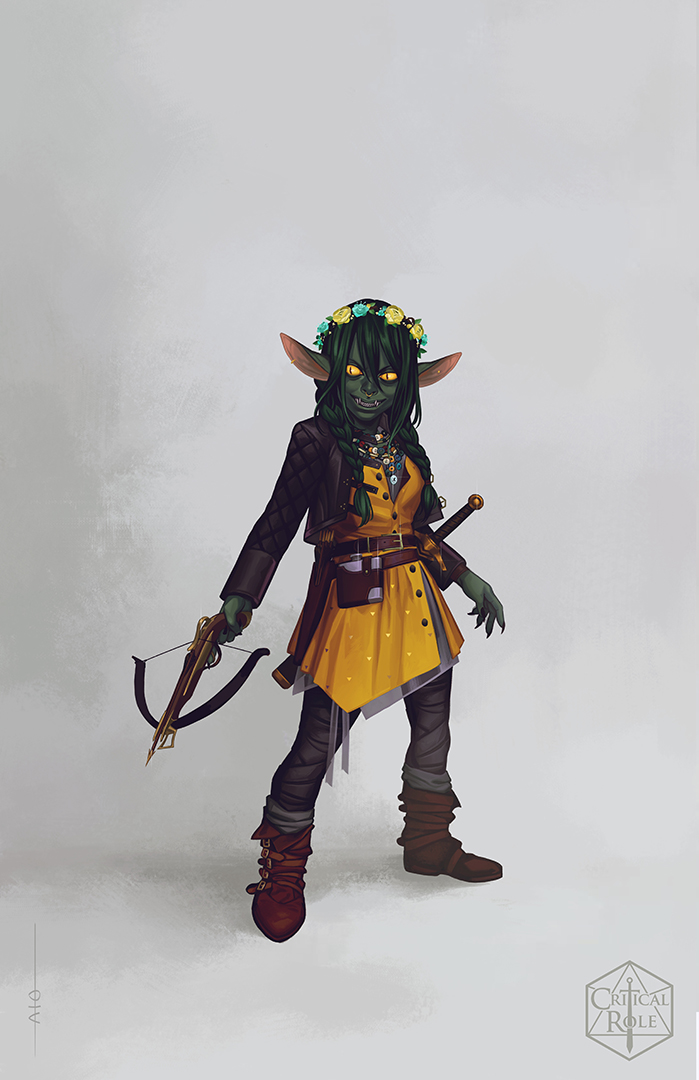 I loosely had it on my cosplans for last year, I was gonna hammer it together after we went to Japan in March and hopefully have it for Otafest in May. Distant laughter from 2020.

When literally all of that fell through, I didn't think about cosplay in general for a while. April was when I decided to figure out how I wanted to tackle this goblin. I tried out braiding the pigtail wig I already owned and determined that it just wasn't long enough. So I ordered a new wig and promptly forgot about working on Nott for 8.5 months. 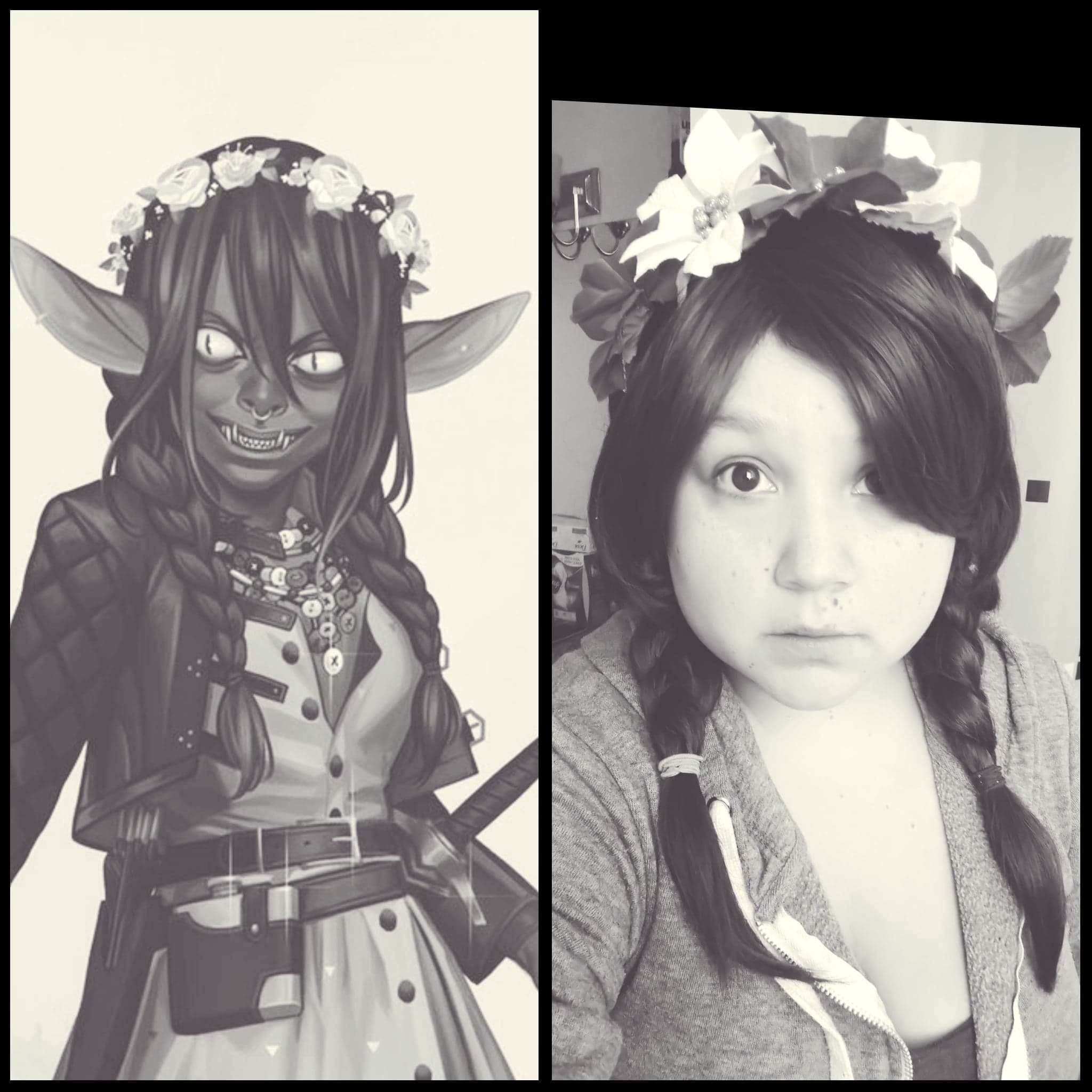 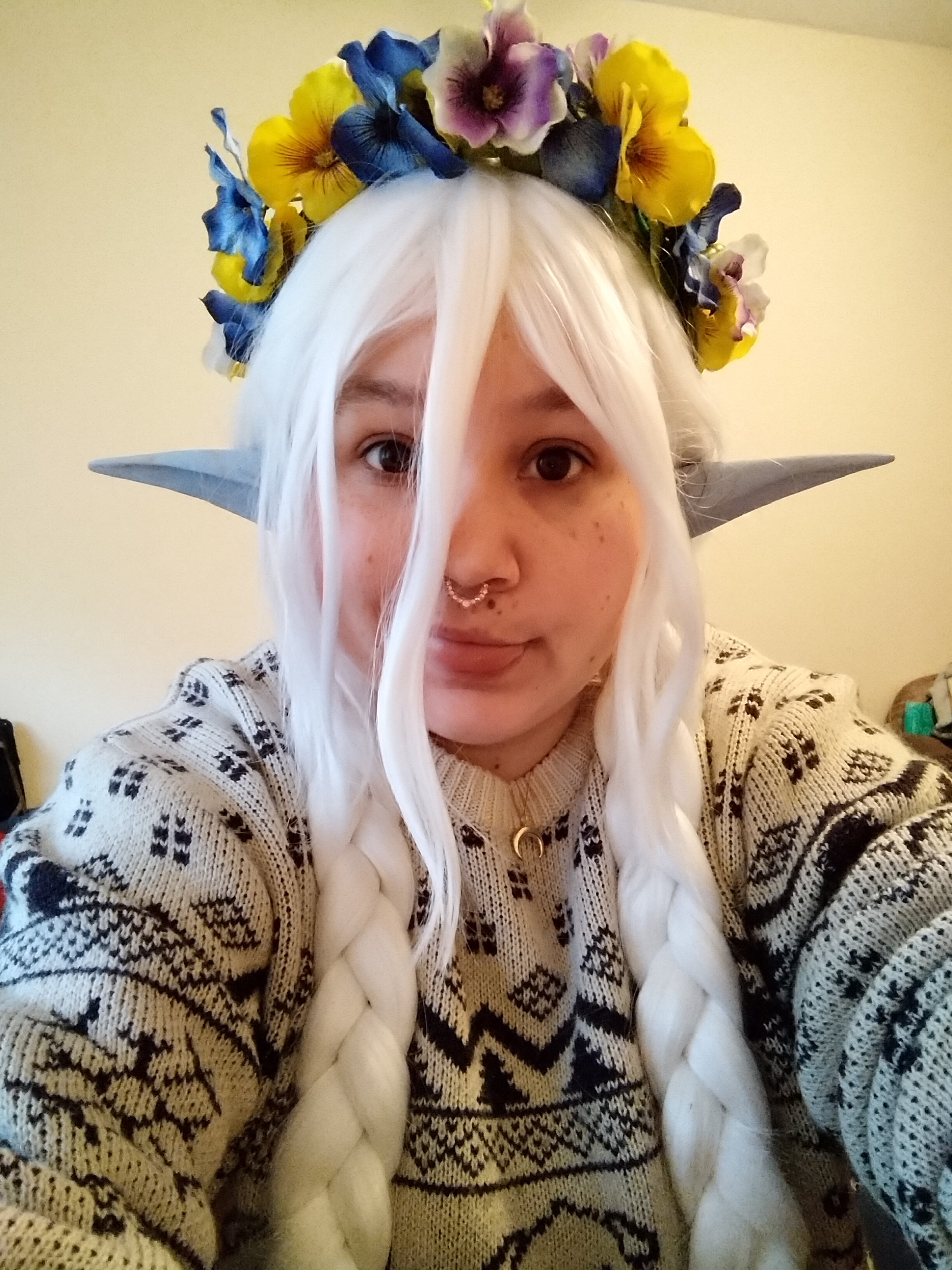 My "everything is the wrong colour" cos test to help kick my butt into actually working on the darn costume.​
I wanted to work on something cosplay and I had a white pigtail wig that needed a small trim and to be dyed. I whipped myself up by pointing out it would take less than 2 hours to roughly chop off some length and dye the thing (with proper styling done later) and really I should just DO IT DO IT DO IT. And I finally tackled it a week or so ago. 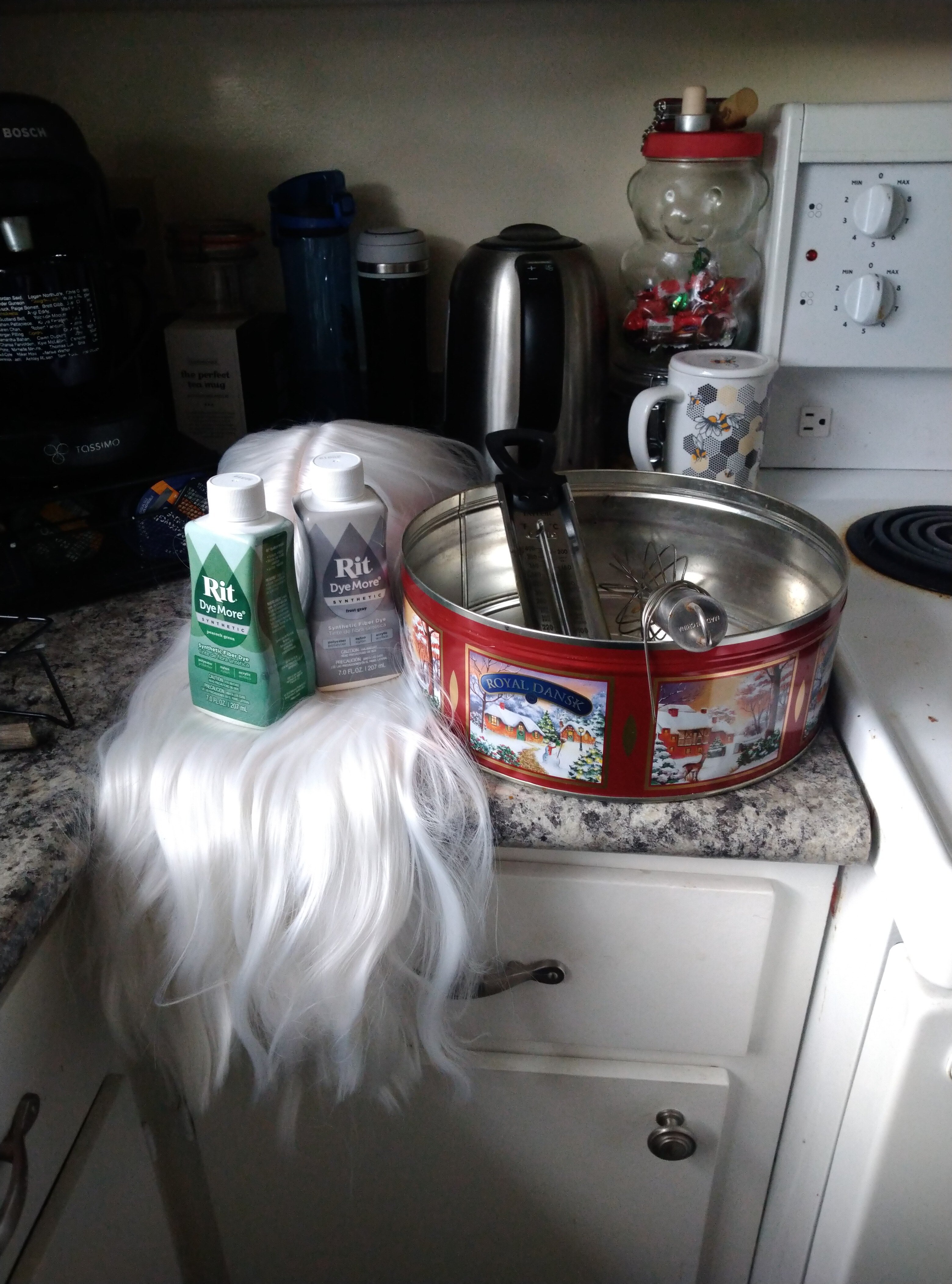 Luckily we already have a dye pot from TurboCharizard 's visor work in the past. So I pulled it out, did the dance of finding 93 degrees, and did my test strand. It was beautiful. Chef's kiss. Just what I wanted.

Threw in the whole wig and 3 minutes passed, 6 minutes passed. Oh no. It was just too much material to really get the same depth of colour as a small test piece. F in the chat.

I should be able to just grab another bottle (or two) of the green and mix it with the bit of gray I still have for the murkitude. But here it currently stays in its minty paleness. 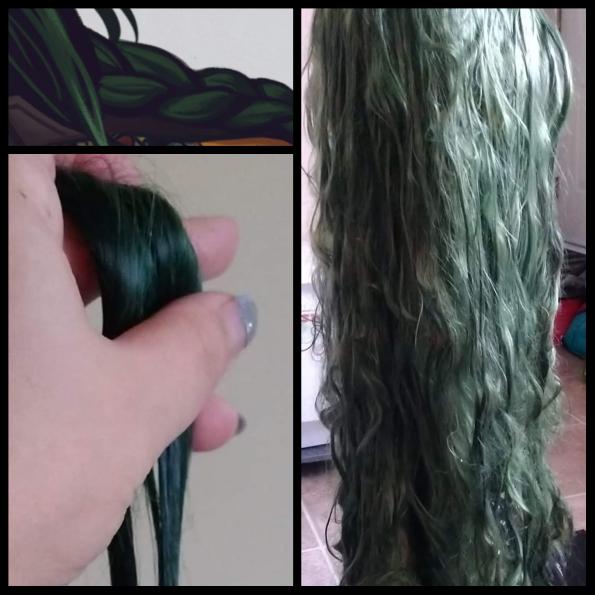 I'm excited for our local restrictions to lift enough that I don't feel guilty popping out to the thrift or fabric stores. Start collecting odd buttons and shiny heart sequins. Patterning the tunic, maybe dipping into vegan leatherwork for the belts if I'm brave (or maybe just doing the eva foam belts because heck it). If I make a little cross bow I may be forced to stop denying my urge to cosplay Linkle, but we'll burn that bridge when we come to it.

Any Critters out there? Show me your costumes, or tell me who you've been thinking of cosplaying because you shouuuuld :3

Midwest Regiment
You should get this for your build!

Southern Regiment
Green skins Unite. But really looking forward to seeing this progress. Especialy the crossbow. And the ears are already on point.

Southwest Regiment
Nice! I will have to tell my wife about the critical role people in the 405th.

P
A bit more progress on my custom heavy Mando. This is the first time I've ever worked with sintra. But I'm happy with how it's gone so far.

Hide your kids, hide your wives cus the tyranid swarm is coming

P
I'm editing the title because I Cringe at the old title.

P
A bit more progress on my custom heavy Mando. This is the first time I've ever worked with sintra. But I'm happy with how it's gone so far.

Hide your kids, hide your wives cus the tyranid swarm is coming

P
I'm editing the title because I Cringe at the old title.