Saw this on HBO, and I thought you guys would like to see it: 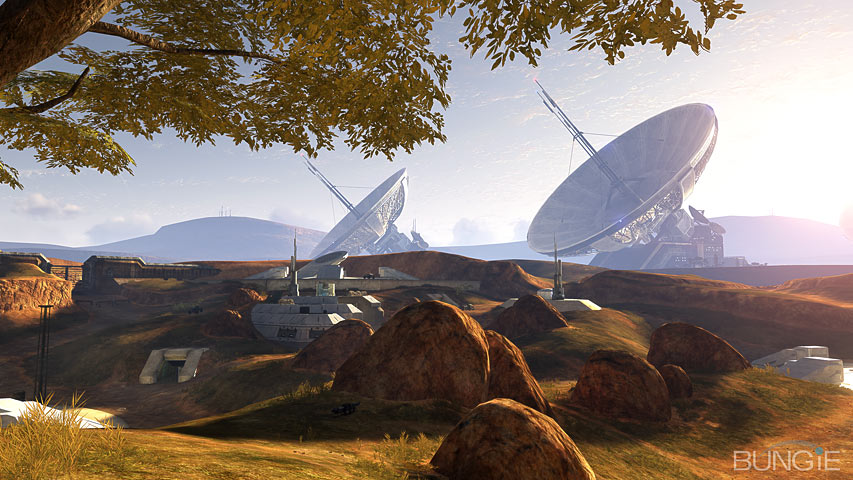 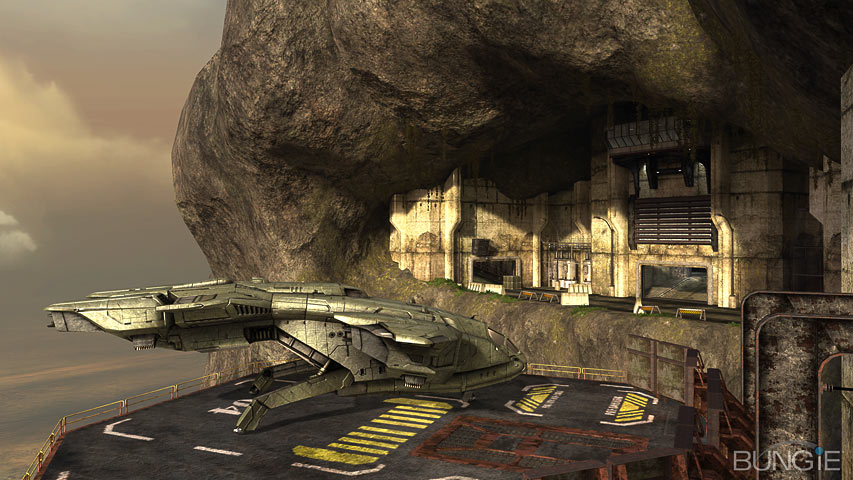 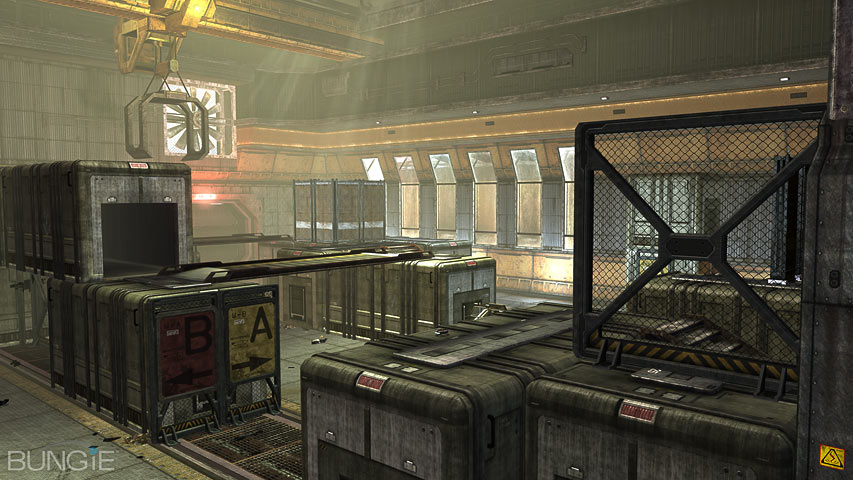 It seems Foundry is "the Forge map." I hope that little bridge you can see going between the containers is a Forge item.
2

Damn, can't see these til I get home due to school computers. Which one's the one that was called Purple Reign?
B

these are soo sweet, cant wait to play them
P

Does the article talk about any of the new forge features or anything else new?
B

papamurf812 said:
Does the article talk about any of the new forge features or anything else new?
Click to expand...

there
it talks about the new forge thingys in that link
Last edited by a moderator: Feb 25, 2017
2

December 11th? I want them now. Poo
U

Halo® 3 players will be able to enjoy three all new multiplayer maps on December 11 as part of the Heroic Map Pack, the first in a series of downloadable content from Bungie Studios to come via Xbox LIVE®.

* The symmetrical valley of Standoff, with its entrenched bases and fields of boulders is ideal for mid-sized objective and Slayer game types.

* The vast, labyrinthine passages of the Rat's Nest bring something completely new to the multiplayer experience: an indoor vehicle paradise. Strongly influenced by the Campaign mode, this map is ideal for big team battles.

* Foundry is the ultimate Forge map. Players can edit every single object in this voluminous industrial warehouse, placing stairways, walls, bridges, and tunnels to create an entirely new play space and build almost any kind of map imaginable.

All three maps will become available for free download via Xbox LIVE Marketplace in Spring 2008, just prior to the next wave of new Halo 3 multiplayer maps.

We'll have more information on the Heroic Map Pack, including how to get the pack for those who haven't downloaded content before, as the release date nears.
Click to expand...

front page of bungie.net now there is a story regarding the DLC levels
T

To add to the excitment here are some details I posted somewhere else.

Give that a good read. 3 new maps are coming out December 11th and its going to be a huge day. For one, matchmaking is going to be updated. Bungie hasnt confirmed Big Team Battle to go ranked yet but you can bet damn sure it will be as they talk about how two of the 3 maps would work good in Big Team Battle. Also for those who are smart enough to shed the 10 bucks for the maps (800 points) will still be able to continue playing in regular matchmaking ex:Team Slayer, Team Objective, etc. Bungie has made a system that will allow you to continue playing regular matchmaking with friends who dont have the new maps, but if everybody in your party has the new maps they will likely appear for you. Also there will be a special playlist dedicated to the new maps.

Santa is bringing presents a little early this year.
P

But what happened to the map code named purple reign?
U

Toftt Nightmare said:
Bungie has made a system that will allow you to continue playing regular matchmaking with friends who dont have the new maps, but if everybody in your party has the new maps they will likely appear for you. Also there will be a special playlist dedicated to the new maps.
Click to expand...

I read that more as you will get matched with people who have the maps. Otherwise one player in the party not having the maps would remove them for everybody.


papamurf812 said:
But what happened to the map code named purple reign?
Click to expand...

I think that one was Rat's Nest. it's the only one that makes sense with the information we have now. Frankie described looking down a hallway from one end of the map to the other, and the floor was changed from flat to curving upward. It's not Foundry, that's all rectangular. It's not Standoff, as it has no hallways from one end to the other. I'm assuming it had nothing to do with the color purple.
Last edited by a moderator: Feb 25, 2017
P

No Purple Reign. I'm guessing that maybe it's a map that will come out later.
A

edit:
*sigh* just as i thought, people are whining about paying ten measly bucks for content. it's ridiculous how people want everything for free even though it costs money to make things. :/ i hate the majority of humans.
D

Thanks Bungie, for releasing new maps on my birthday! I'm glad they made maps so soon, I was ready for more.