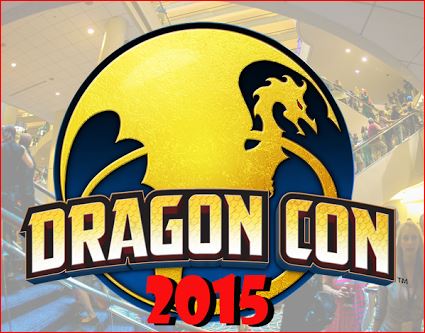 So far some of the hotels that are partners with Dragoncon have been soldout and they seem to be pretty expensive.

Doing a quick search, I found the Savannah Suites Pine Street that have rooms for $50 a night and its only 0.46 miles from the convention. It's probably not the best but most of the day we'll be at the convention. We could possibly put 4 soldiers per room and divide the cost like that(two people in each bed) unless you're not comfortable with then we could figure something else out.

The parade is scheduled for Saturday, September 5, 10:00 AM in downtown Atlanta.

Any soldiers that require any disability services please see link below:

What would be really awesome is that we all get together for dinner and drinks.

If anyone else has more info or ideas please let us know and we'll update this thread.

Southern Regiment
I'll be there one way or another. It'll be a 5 hour drive for me so if anybody in the Memphis area would want to car pool thats be nice. Id like it if I could room up with somebody too. Just message me if you are interested.
G

Southern Regiment
I've got tickets for myself and fiance. Won't be staying at a hotel, so does anyone know what parking is going to be like? It's been a while since I've been there.
T

Southern Regiment
I'm not going to get tickets 10 months in advanced, at a point when they don't even have volunteer signups open.

Southern Regiment
This is will be my first time going to Dragoncon but I'm sure the parking situation won't be bad. Worse case, there are hotels around the area that I believe charge $10 for the whole day to park.

TheOneWithNoName That's totally up to you of when you would like to buy your tickets. We're just trying to get them when they're cheaper, later one it will be more expensive. From what I understood at last years Dragoncon, it was sold out months before the actual event.
ShockWave @Chefbzd and myself will be booking a room together to reduce the cost. Who else is planning on going?
Last edited by a moderator: Feb 22, 2017

Southern Regiment
i got my room. im bout 2 blocks away

Southern Regiment
I'm definitely going but I'm staying at hotel a little further away, its not cheap but my girlfriend and I are going together so I wanted to stay at some place nice

I had actually seen the savannah suites page about a week ago but I looked up reviews for it and it doesn't look very safe, apparently alot of people have had break ins and stolen items, alot of people said it was really dirty and had cockroaches, plus its across the street from a homeless shelter and many of the reviews said that they were bombarded by homeless people for money on their way out, so all of that being said I changed my booking, but its all up to yourselves where you stay, just giving a fair warning to anyone unaware of the place

Though, I will be going to dragon con next year, this will be my second dragon con but it'll be my first as part of the 405th so I think the dinner and drinks idea would be great.

Edit: Oh and there are actually quite a few $10 all day parking lots around dragon con, you just have to look for them, but if the same thing happens as last year (there was some big sporting event going on) they may jack the prices up, most places went up to $20+
G

Southern Regiment
I've heard about a lot of people getting hotel rooms out by the airport, and taking the Train in, and being easier than staying in the con hotels themselves. I don't know particulars, but the idea is interesting.

Southern Regiment
Currently talking to members that have been to D*con in the past so we could have this as organized as possible and have an incredible time. Once I get more details I'll post up the information shared by our D*con veterans.

Southern Regiment
I'm going. I don't have a room yet. The past few years me and the other Stony Props guys have had to stay at hotels further away. As long as a hotel is few blocks from a train, it works out great. A group of spartans on the train is actually really fun. Parking at the convention is $25-30 per day. I have never looked into parking further away.
K

Southern Regiment
You usually can park for $10 in the parking garages near the con hotels, sometimes cheaper if you don't mind hoofing it a few blocks. We usually stay a few exits down and drive in. I don't recommend it for anyone who is not accustomed to driving in big cities. Some people have had good experiences with the train. I've never taken it during the con. I imagine it is as busy as everything else is that weekend.

Also, cheapest way to buy your badge for the con is to buy next years before you leave.

Southern Regiment
I stayed in one of the overflow hotels last year. it was across from one of the lesser traveled hotels and only about a 5-6 minute walk from the other main hotels. I think it was like a half mile walk. I parked a few miles away in the Marta car lot and just purchased a train pass for the weekend. I paid the same for that whole weekend train pass AND the car lot fee with the Marta as a I did for just that first night near the con. Totally worth it to ride the train.

Southern Regiment
I'd like the chance to meet up with you guys. Do you have a table set up at one of the hotels? I've stayed at different hosting hotels through out the years, and did the train 2 years ago. Th e only negative side to the trains, is that when yuo're tired & want to recharge you don't have a place to go. I've heard the Westin opened up a few rooms last week?
H

Southern Regiment
I will be there..my first year at dragon con hopefully can finish the suit in time.looking forward to meeting up with everyone

Southern Regiment
Alright, lets get a list started of members going to DragonCon.

Southern Regiment
Masterchief0624 any news on a meet up location and time yet ?
Last edited by a moderator: Feb 22, 2017

HKarmy03 said:
Masterchief0624 any news on a meet up location and time yet ?
Click to expand...

check out the below thread