Pacific Regiment
Washington
Thats right boyos; here we have it. First time ever. Certainly not the first time its been considered.
I aim to create not a printable model, but rather a schematic with which someone with adequate skill (or money) should be able to make for themselves their very own Harbinger. This is no simple task mind you, having worked up a steady head ache designing a certain someone else's scythe (to be functional) I have now set aside my project in search of less blistered hands.
If I was able to get Crescent Rose to work, whats one more scythe?

Pacific Regiment
Washington
*Current 3d Model attached below for those interested*
A basic handle has been drawnout, I'm currently unhappy with the profile. Tube sizing is assuming for a .0625" wall thickness Unfortunately the "sword handle" once transformed becomes the second from the blade when a scythe. This further decreases internal space, resulting in either A. two anemic sections on the end, or B. one next to the blade. The model before you is version B as I originally believed it may be more ascetically pleasing; I hope I was wrong. In either case, a special "double tube" needs to be used for the main handle section to allow for telescoping in both directions.

After a lot of geometry, and comparing screenshots, I realized that somewhere between the end of volume 3 and midway through volume 4 the model was changed. The fight with Tyrian uses a different blade shape than the one against Winter. *facepalm*
Volume 4 and 5 we're shown something less paddle shaped, more... sword shaped. Beyond personal visual preference, this makes it easier to retract the blade. As such, I have modeled the sword as seen during the fight with Tyrian and during Volume 5 Chapter 11. (For volume 5 the model changes again, from .75" thick back to the original 1.5 - 1.75") 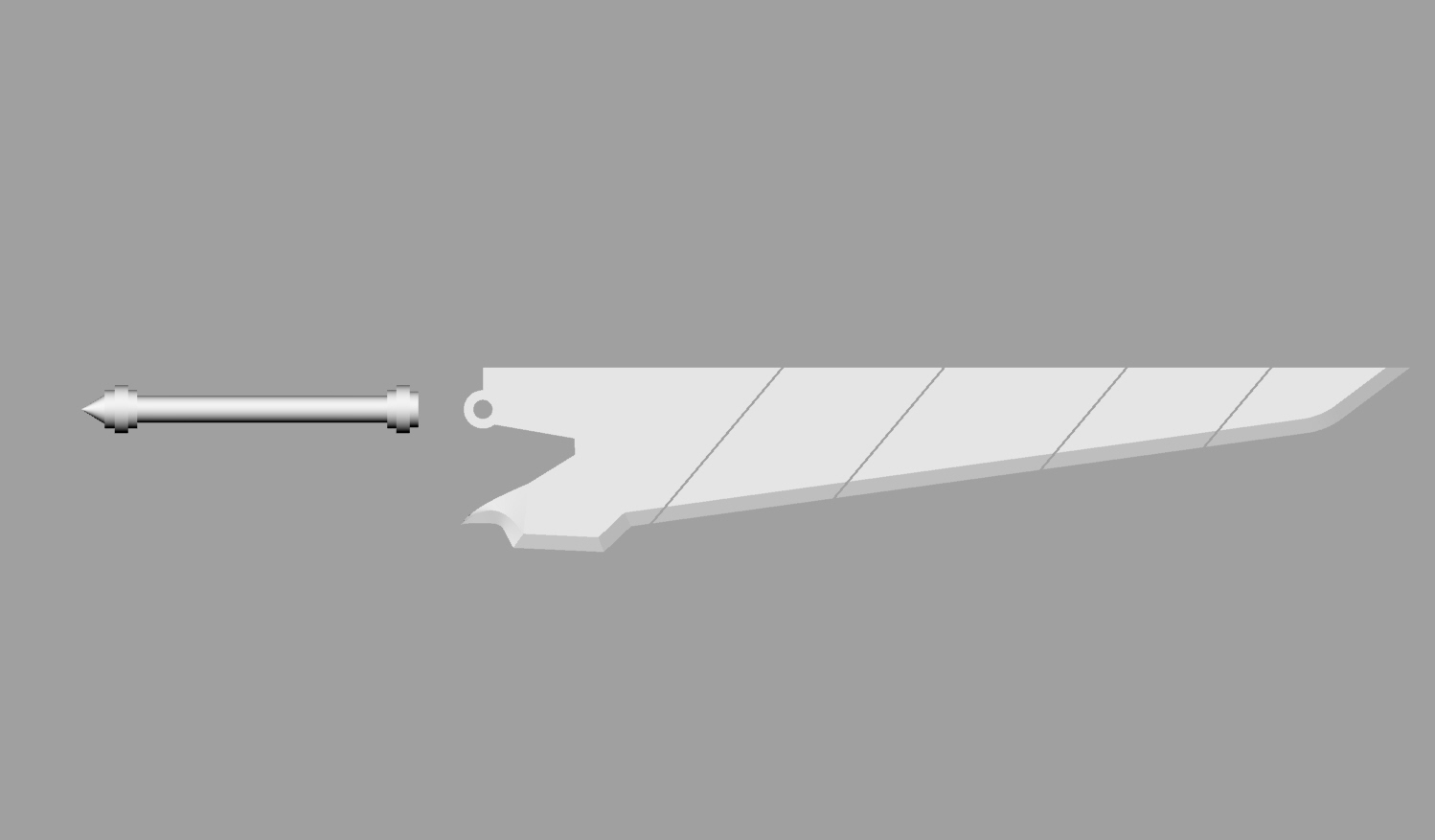 Gotta love those physics defying RWBY weapons... I've made a couple transforming props myself, with Jaune's Vol 4 Crocea Mors and a couple versions of Blake's Gambol Shroud. The shield for Crocea Mors actually folds up to become the sheathe for the sword, while the first iteration of Gambol Shroud had a foldable blade (not the full transformation unfortunately).

Pacific Regiment
Washington
Due to its mechanical complexity, this project has been put on hold until such the time I become proficient enough with the AutoDesk Suite. A variety of their programs offer collision detection and assemblies. Both of which became obvious requirements for this project as I started getting into things. Crescent Rose. believe it or not, was much simpler