Hey guys; I will be working on a starry night mk VI shortly (From the commercial) or as seen on the box art.

I have found some interesting info about the whereabouts of the model today and where to obtain it; as usual i will be making it 3D printable. 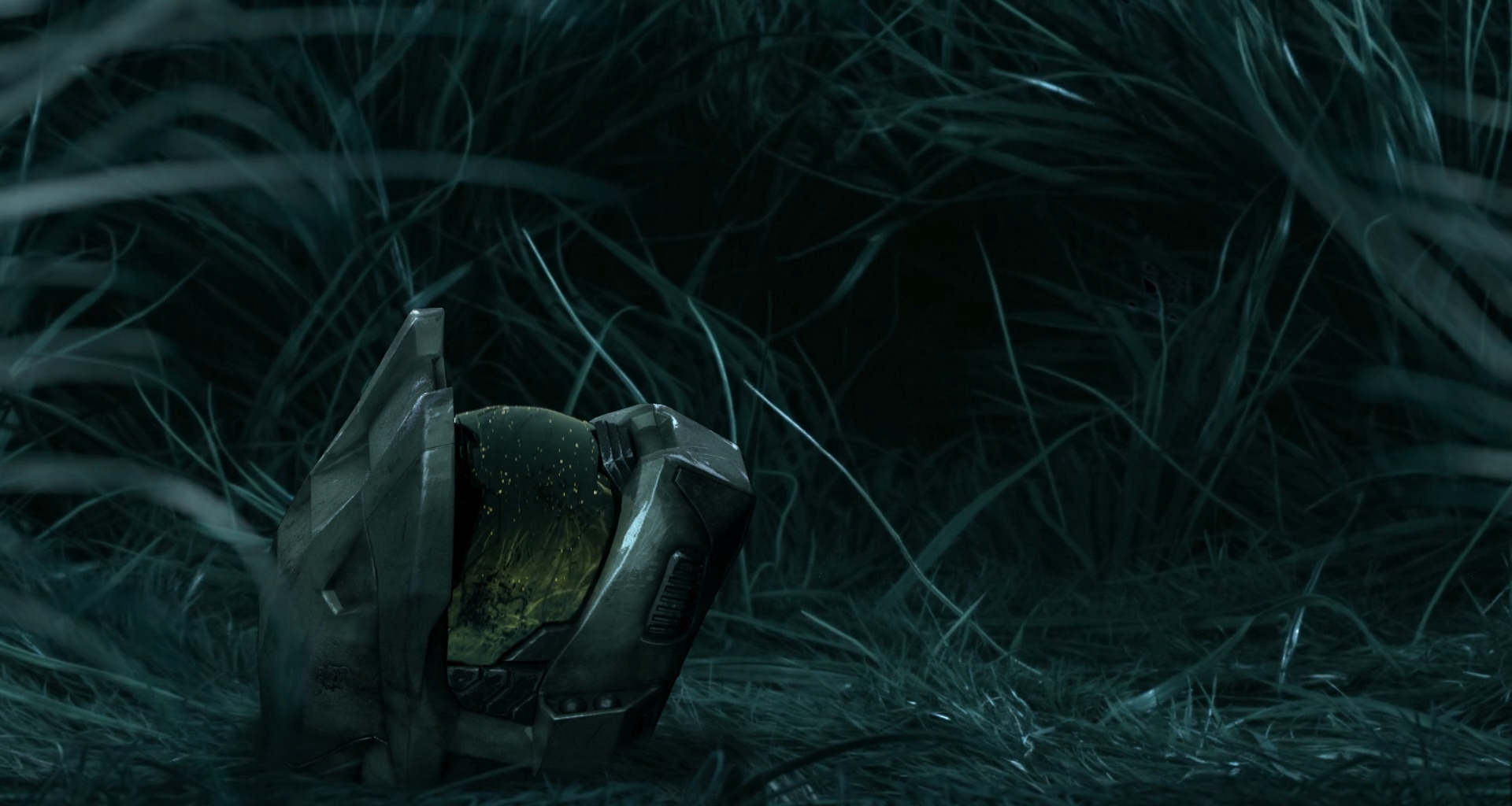 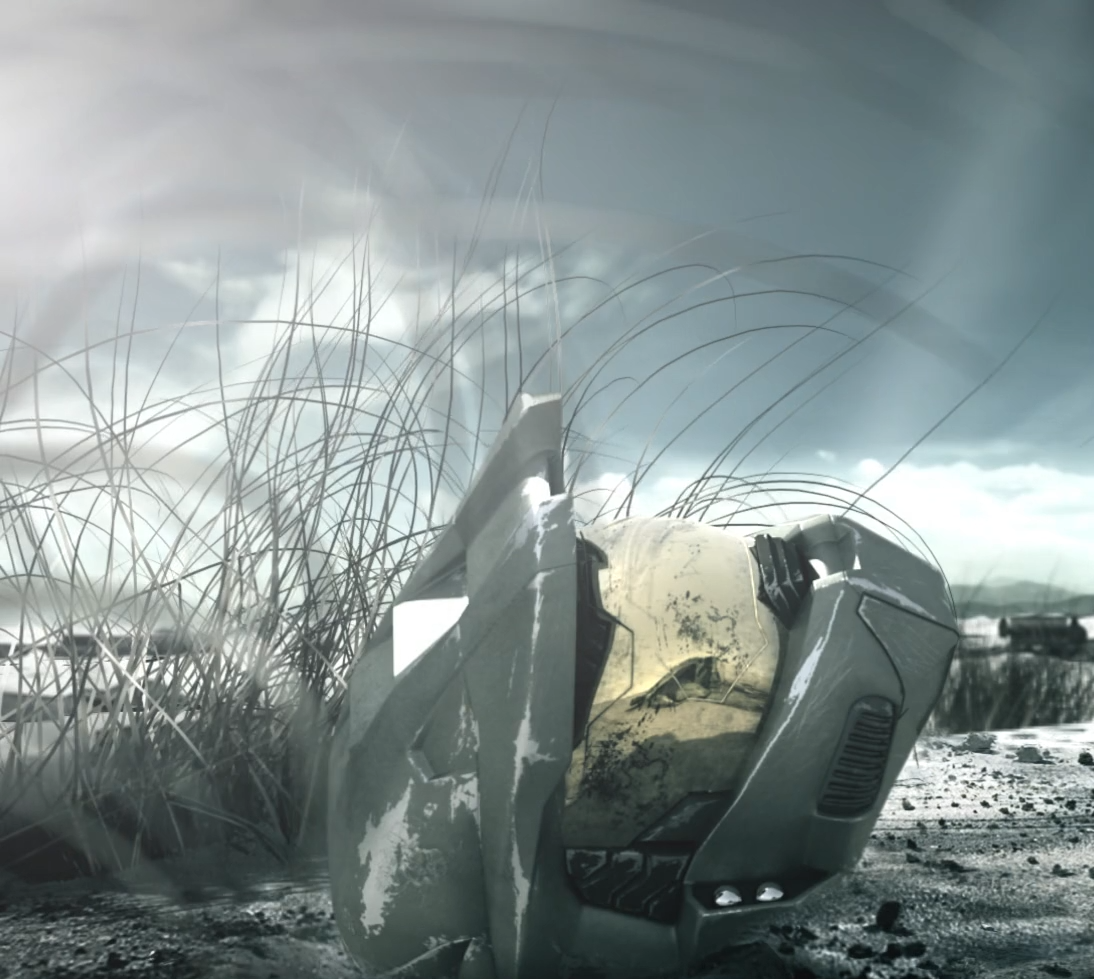 Picture for reference; It's a HD model that's completely different to the game model. I've always liked how it appears since it has more channels then it had inset faces.


If you can guess where the model is today; I can give.... a cookie? Bahhaha

Another interesting note i gathered from the trailer; The armor isn't actually "flat or matte" it's gloss. 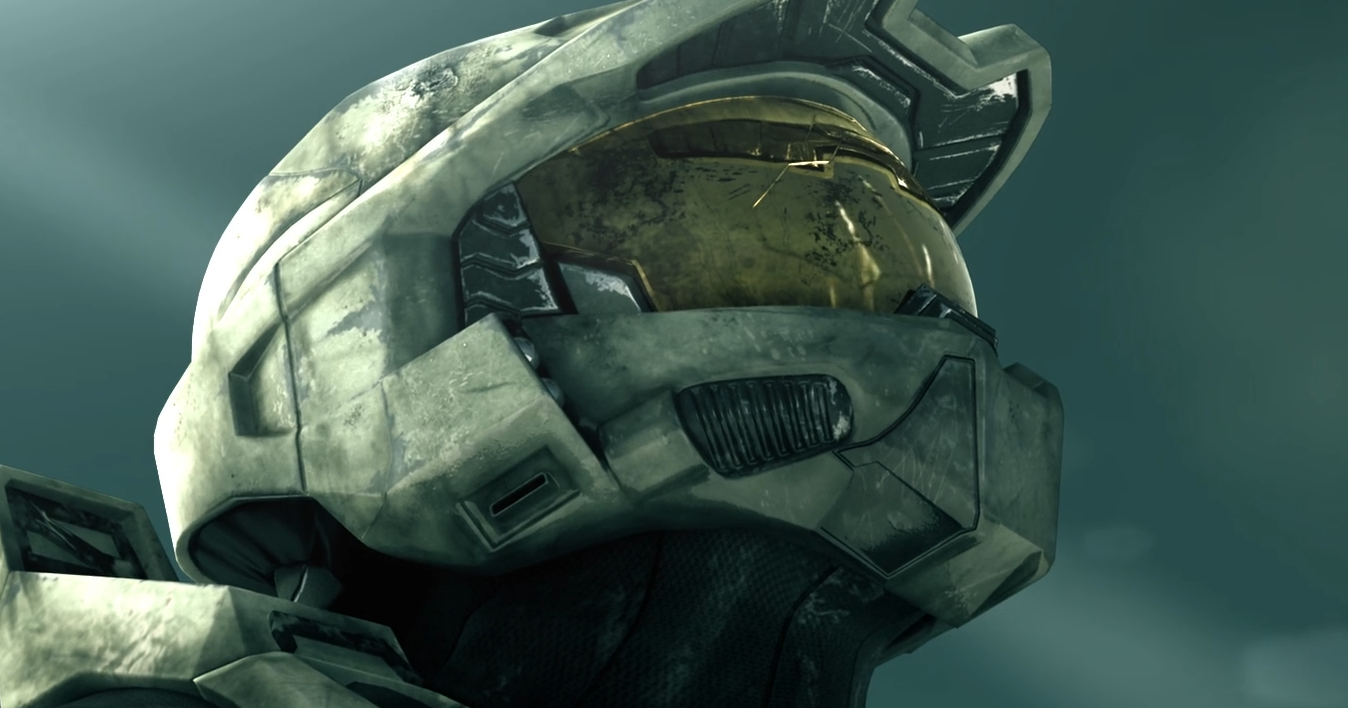 You can see the sheen under the chin area especially when he turns he head. This whole time it was gloss; that just boggles me.

The exposure changed how it appeared; especially when we're used to seeing it in 360p

Also a big a fan of the magnums colour scheme in this shot: 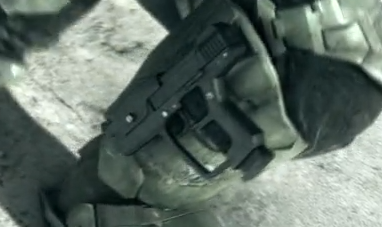 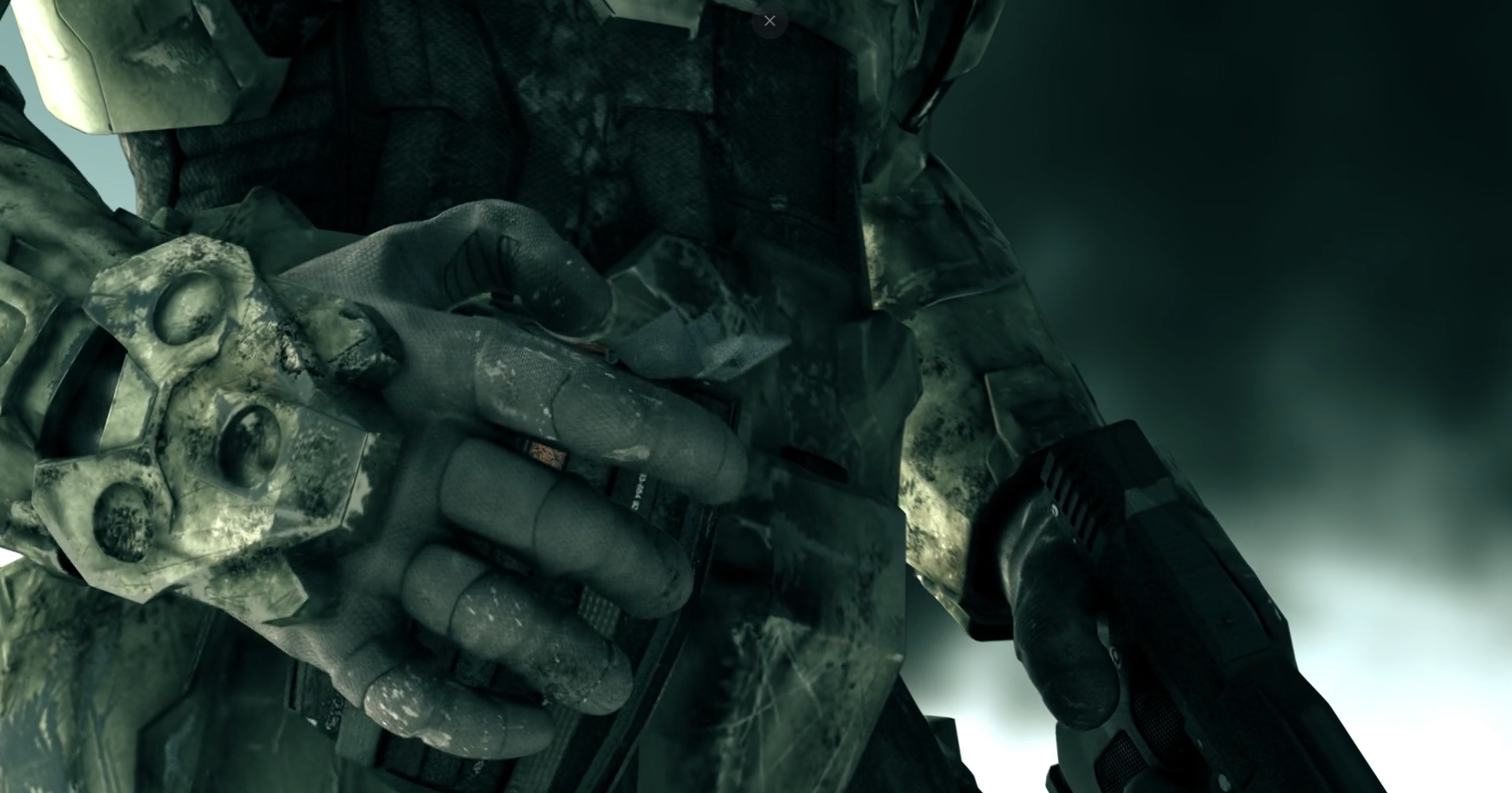 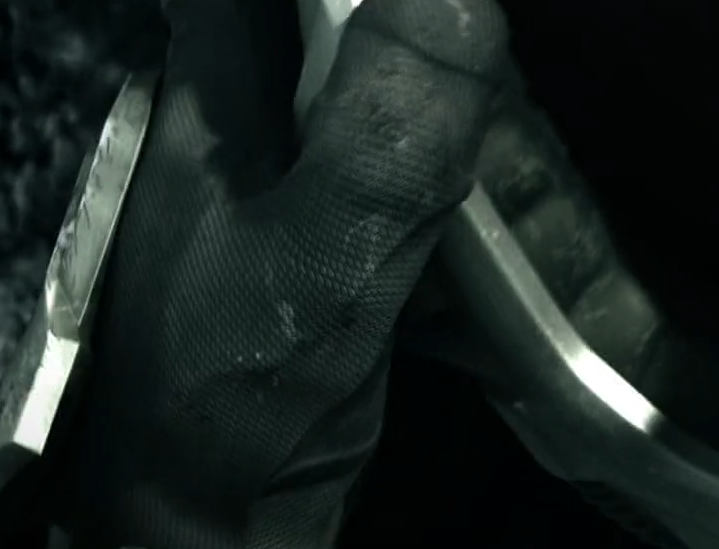 And just for more weird facts; the entire undersuit suit is covered in a weave pattern. 1/16"- 1/8" weaves. 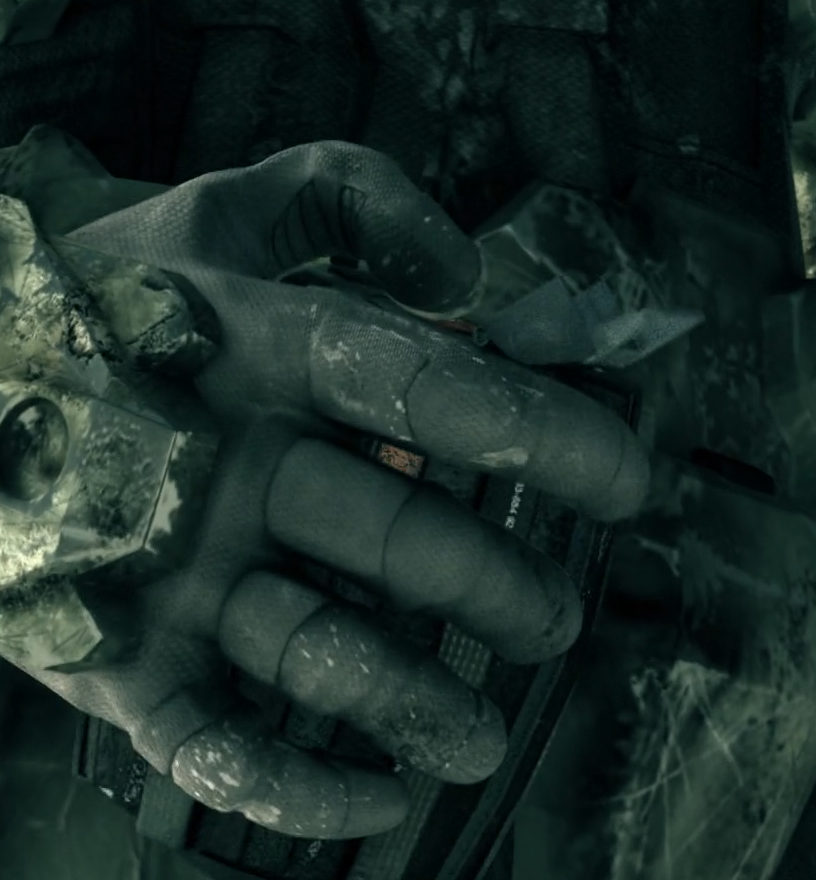 And here you can see that the bubble shield is actually a UNSC item. It has numbers along the side and a button cover similar to a c4 detonator.
Last edited: Nov 18, 2021

This is probably my favorite version of Chief's helmet, I'd love to be able to print this one to put on a shelf. Good luck!
N

Ruze789 said:
This is probably my favorite version of Chief's helmet, I'd love to be able to print this one to put on a shelf. Good luck!
Click to expand...

Bahahhaha yeah I've been obsessed with it since the trailer.


On another note: I will have to be tricky with the neckseal area. 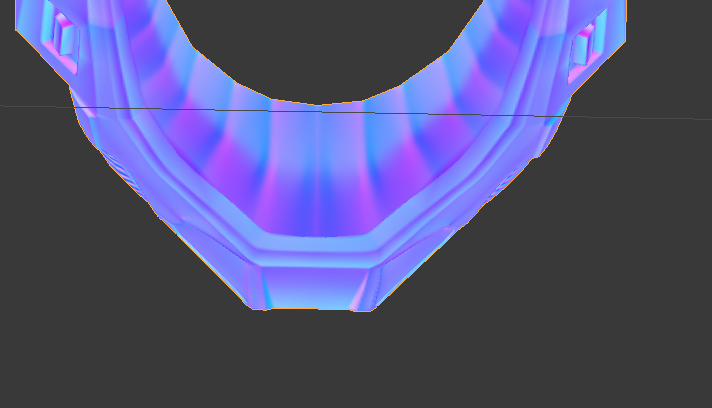 I want to keep that ribbed shaped because It's just so perfect and nostalgic.

I will probably make it Two variants; one without it so you can fit it onto your head and one with it so it's more like a 1-1 bust. 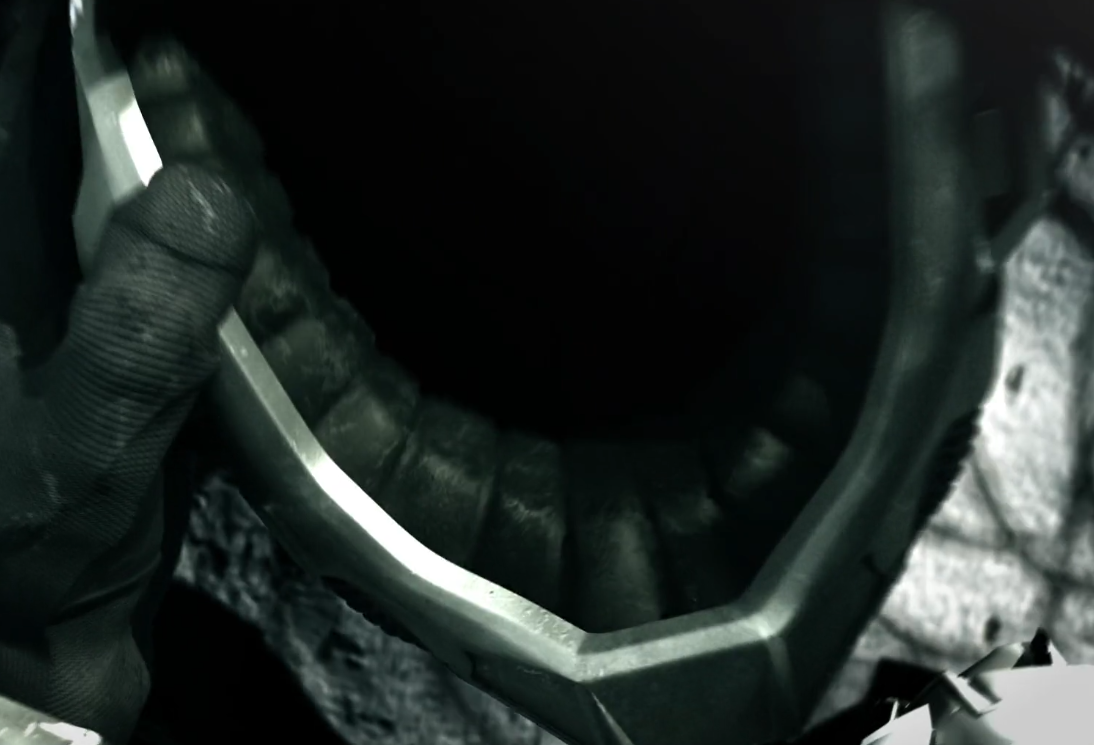 There was a thread a very long time ago (Legendary Armor) who if I recall correctly based their build on this appearance.

The pictures in the thread are long gone, but I think they had a separately molded foam piece, and the lower rear section of the helmet was removable to get your head in. They did make some casts but I don't remember if that ribbed seal was part of it or if they just made it as a one-off.

I would recommend making that section out of flexible foam material, not a rigid 3D print. Something along the lines of what WhiteShadow makes for Star Wars Helmet interiors: 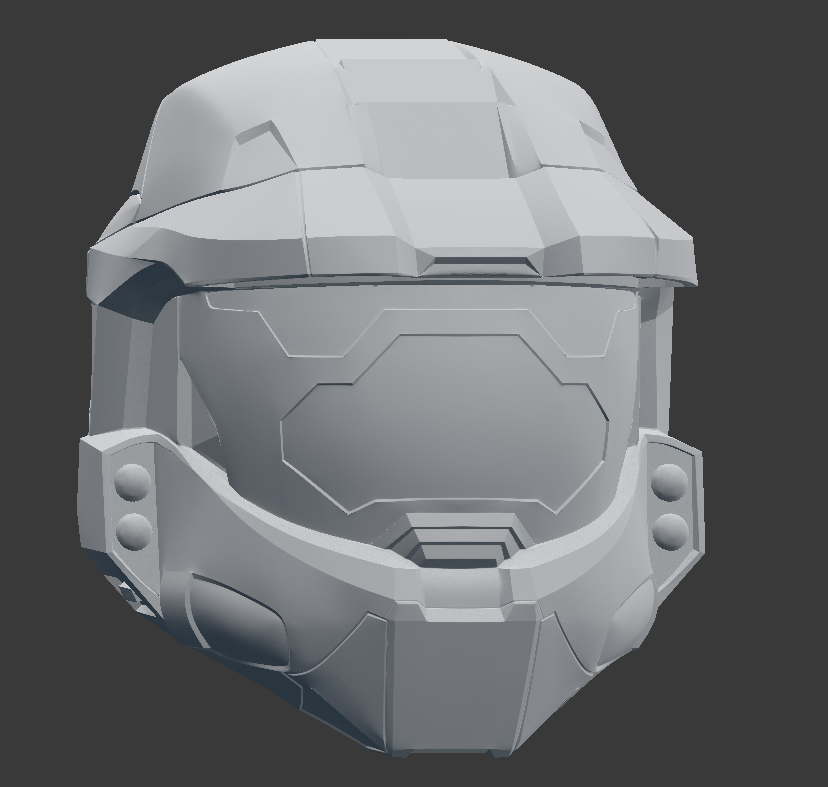 Small update before i goto bed.

Here's the model as it stands now. Will enlarge the channels around the cheeks tomorrow since I think they're a tad too small. The visor in the trailer doesnt actually have the cut in detail. So i'm trying to find the sweet spot of depth. The only issue is that if you were to vacuumform it, it would be almost invisible.

Has anyone guessed where the model can be found today?
Last edited: Nov 23, 2021
N

Cadet said:
I would recommend making that section out of flexible foam material, not a rigid 3D print. Something along the lines of what WhiteShadow makes for Star Wars Helmet interiors:

Bahahah yeah I thought about making casts of a rubber neckseal but the dimensions of the neckseal in this helmet are incredibly small. For practicality purposes in costuming it would be unbearably uncomfortable like wearing a undersized motorcycle helmet. It wasnt designed anatomically correct thus why o think its better suited for a bust.
N

IDK why but the vent was the hardest one to model. 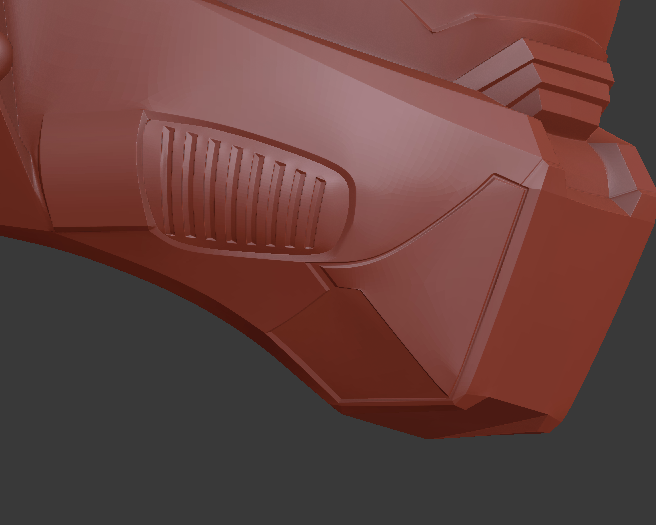 It was tricky getting the orientation correct. When I looked at the helmet as a whole; that small piece was the piece of resistance. Get it wrong and the entire silhouette is destroyed.

Working 7 days a week atm; so this will take longer than usual as I get about 3 spare hours before work to do some modelling.
Last edited: Nov 25, 2021
N 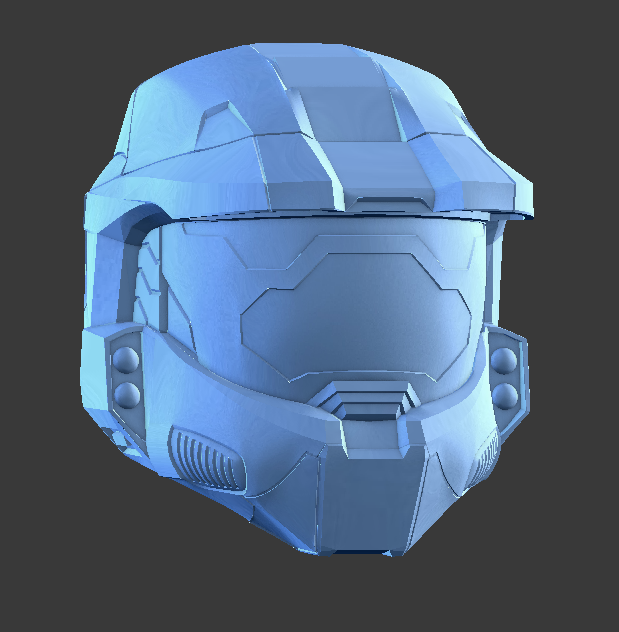 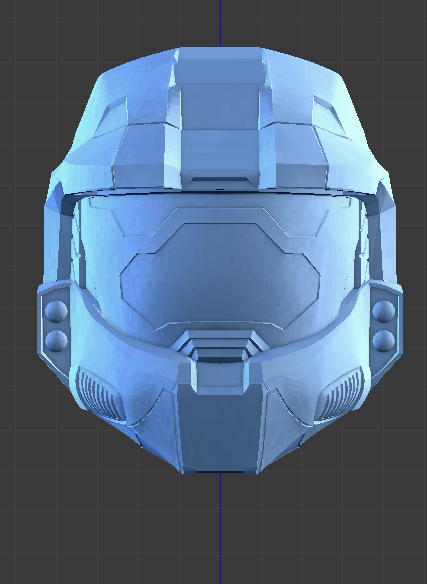 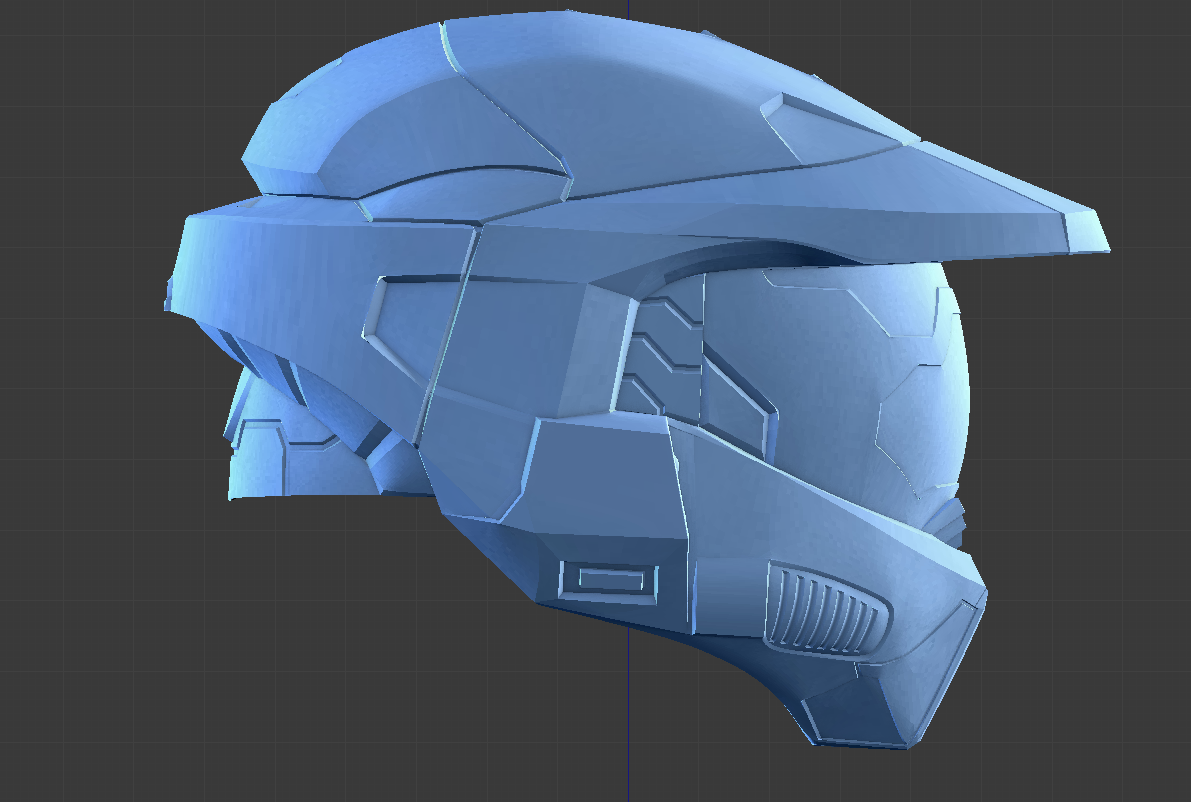 Nearly there; just got to fix smoothing issues specific to blender

*Edit also realised the I messed up the top line on the side ear piece. Will edit it to be the correct orientation. Got caught up in bevelling it didnt realise i selected the wrong line, whoops.
Last edited: Dec 1, 2021
N

Just a comparison; was asked by someone on discord the difference between the Starry Night and "regular" mk VI.


So using the MK VI files provided by MoeSizzlac (And edited by someone to remove the wavy mousepiece that was weirdly game accurate); here's a comparison across Halo 2 Anniversary - Starry Night- Campaign.

Looking awesome and love the comparison.

I've been pretty curious about the model's whereabouts and have assumed it's used in some sort of AR app, but just came across the Xbox Museum this morning. There's no way to inspect the Chief model on the home page or Halo page but that's the best guess I've got so far.
N

I've been pretty curious about the model's whereabouts and have assumed it's used in some sort of AR app, but just came across the Xbox Museum this morning. There's no way to inspect the Chief model on the home page or Halo page but that's the best guess I've got so far.
Click to expand...

Bahahah. Actually the source has been public fairly recently. I couldn't disclose where it was obtained until the parties involved got permission from 343 to make them public.

That being said they now have permission to release them so here it goes.

As it stands now, the infinite helmet is a weird hybrid of what we see in the e3 halo 2 anniversary trailer and starry night with a couple edits. When I first saw a small image of the customisation leaks for infinite I instantly noticed the silhouette and vent tubes had a fairly strong resemblance.

When the multiplayer came out, i instantly brought up the HD trailer and saw that nearly all the unique tells match besides a couple updates to keep it it lines with infinite's artstyle. (Mainly the front, rear has remained untouched).

my accusation of it being the starry night model made me look like a nutcase to other 3D modellers; whom insisted it was a completely new model.

until.. we talked about it. I sent my list of evidence and specific tells where they eventually agreed with me too that it is the same model, and that the differences were edited over the original model.

It then became a case of updating the model to get back the lost details that were omitted for infinites artstyle; which has proven difficult as alot of the edits are destructive or bevelled. Assumptions have to be made as to the placement of some vertices.
Last edited: Dec 1, 2021

Wow I would not have guessed that, ever!
Although I know I did instantly love that Mk VI helmet the first time I looked through the battle pass, and that's probably why. Perfect Chief helmet.

Havent had much to work on the helmet for final details. I some things come up; in the meantime; just bought an engine cylinder head and it came without camshaft caps.

So I taught myself fusion360 a couple of hours ago and modelled replacements. The new design should be stronger than the original; which is good since I want to rev this particular engine into the 10,000's. 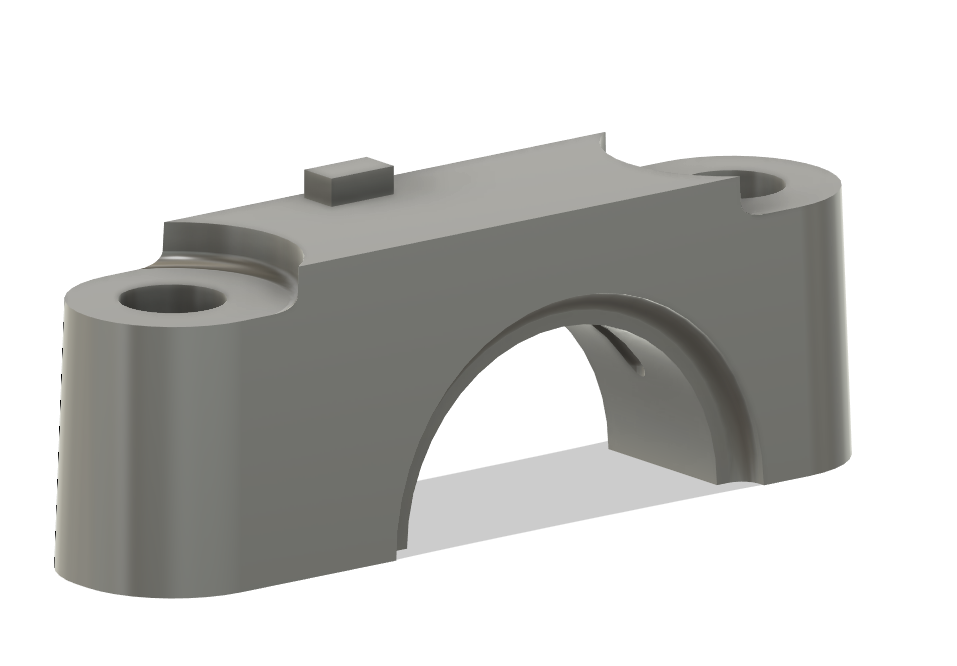 Will save some money in labour when sending to a machinist.
S

You planning on making the back detach? That would be a great way to maintain proportions with armor
N

ShadowofMagnus said:
You planning on making the back detach? That would be a great way to maintain proportions with armor
Click to expand...

Not neccesary for this helmet; the opening is bigger than the Halo 4/5 helmet. Unless you're scaling it like the legendary edition helmet that came with Halo 3. 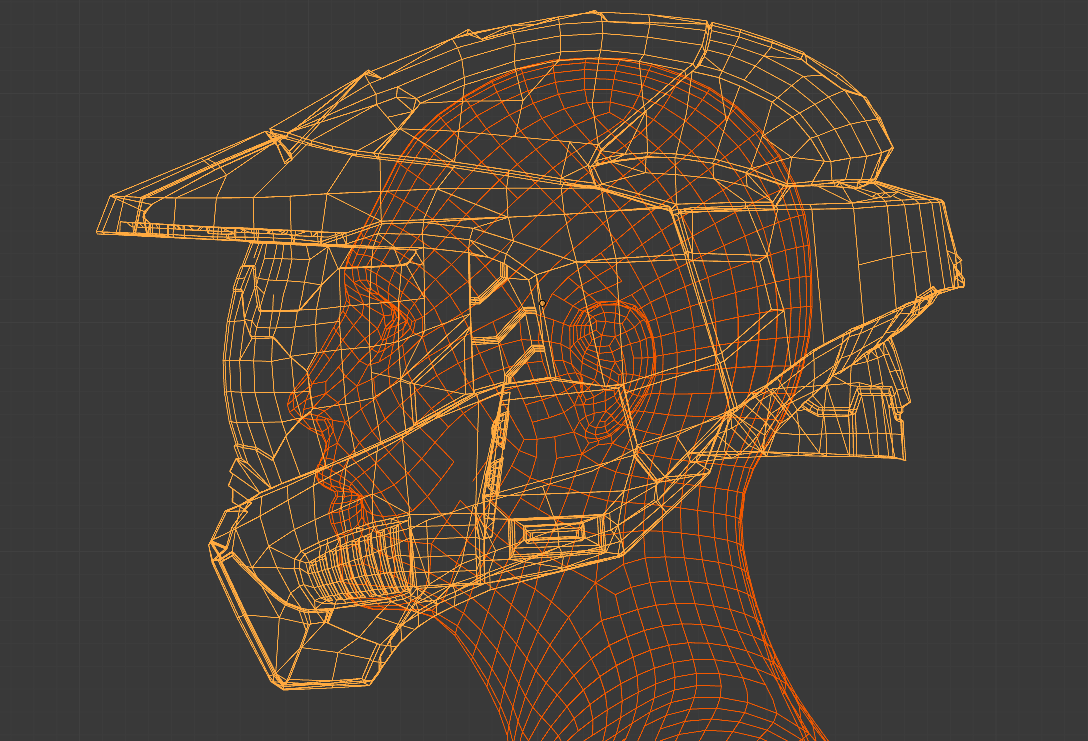 This is a wire frame of a 6ft 2" figure (188cm) with the helmet. It should fit maybe a 24" head or possibly wider with the scaling I'm going to release it at.


Moving on; sorry for the delay guys; I've had things happen in my personal life that required my full attention; I've even had to take time off of work to attend to that issue. But Happy New YEARS!


I've finally solved most of the smooothing issues in the visor. 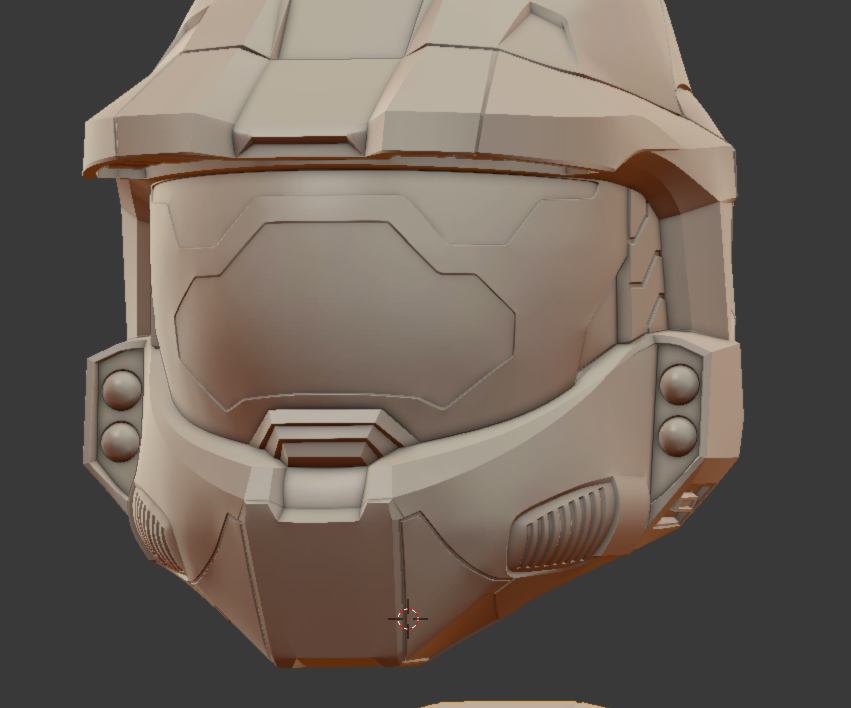 The smoothing modifier acts like vinyl wrapping; so when you do sharp cuts it just sort of sticks out like webbing.

Close up of that "issue" 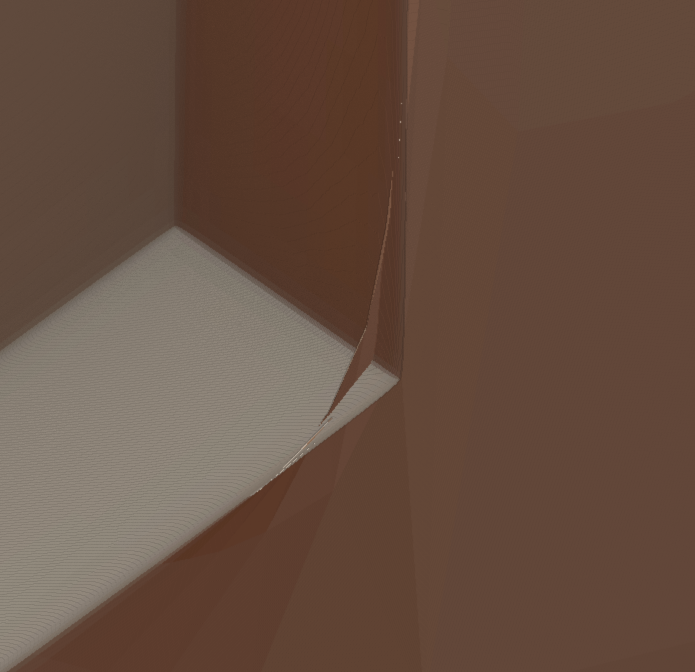 Usually you can get away with it by making a completely new visor with far more subdivisions; but remaking that dome effect was going to be time consuming; so I tried my best to eliminate the issue on the original model.

You could possibly ignore that webbing effect; but in my experiences it glitches the model and causes printing issues.

As predicted though; The jaw cushioning will have to be removed; It is still anatomically impractical and Impedes onto the neck. 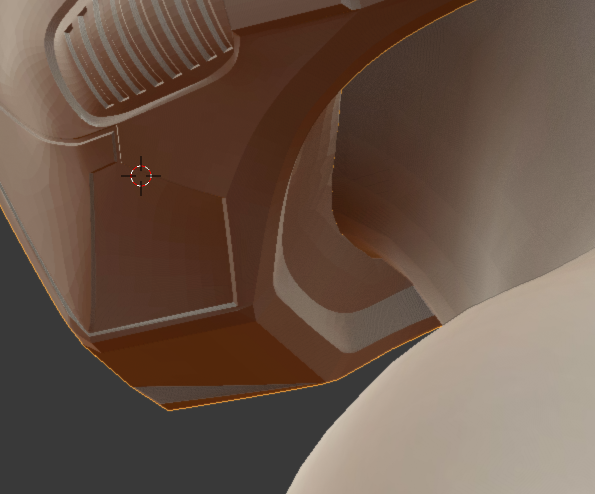 As suggested; I will try to make that part removable for bust-like purposes; but as of yet; the first update will not include it. I want to have this model made public ASAP for you guys to enjoy.
N

This is a Halo 3 Master Chief helmet based on the appearance in the Starry Night commercial. The helmet is sized to fit a 23-inch head. The 3D model must be cut up to fit on a print bed. Please do not 3D print with the intent to mold, cast, and sell reproductions. 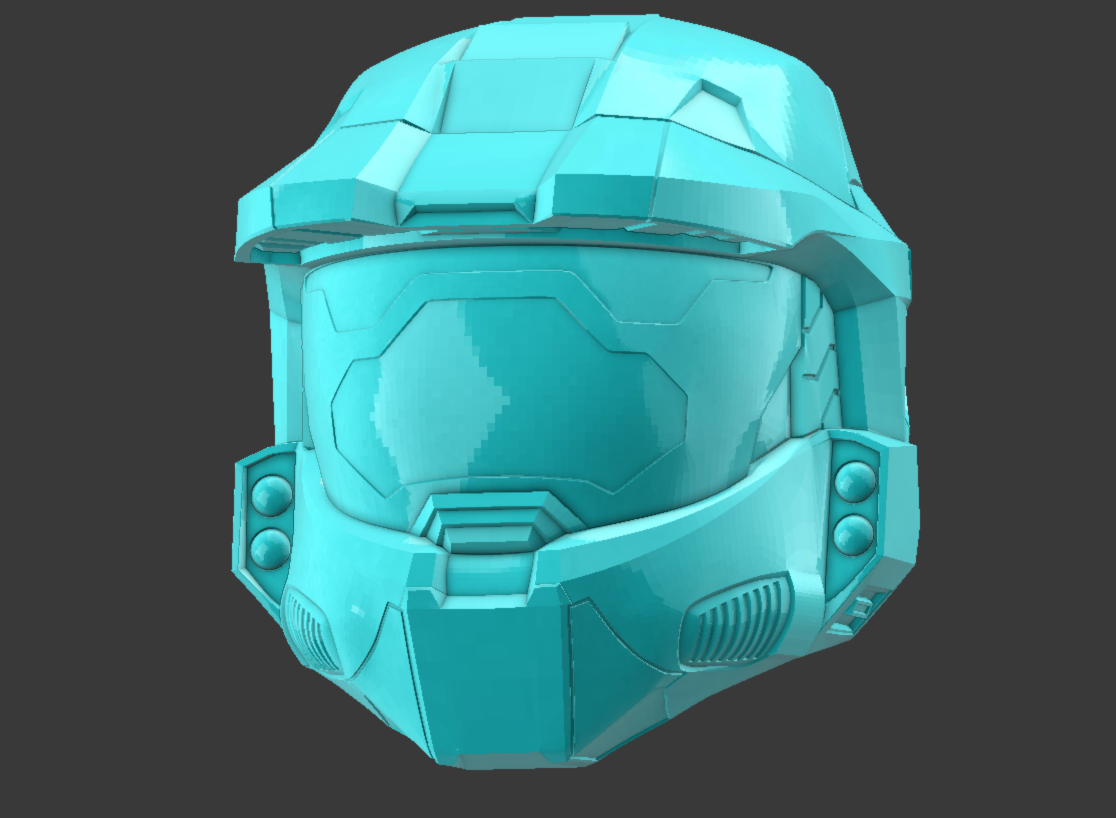 This looks phenomenal! Thanks for all the hard work.
N

Ruze789 said:
This looks phenomenal! Thanks for all the hard work.
Click to expand...

Bahahahha you have done far more for this community than I have. It was actually you O.G's that Inspired me to join the 405th and made me believe I could be my own spartan.