So I knew someone was going to get jinxed by the "10million things that could go wrong on September 25th" topic, but I had no idea it was going to be me.

Starlite and I started the night by heading to our neighborhood GameStop at 9:30, they gave us all a monster energy drink and a ticket number so we could come back at 11:30 to pick up our games.

We headed home in high spirits, anxious to post about our advertising of 405th and our experience so far.

On the way home we hit one of the street reflectors and heard/felt a loud bump from the front right tire, we just assumed we hit it wrong and said we'll look at it as soon as we get home. Not too far down the road we felt the ~flop flop flop~ of a flat tire and we knew what the bump was . We pulled into an empty parking lot and stopped to do what I could only assume would be a quick 15 minute spare tire swap.

Being a 6'4" 250lb guy one would think loosening a wing nut, popping out the spare, and replacing the flat would be a breeze... It wasn't.

~~for those of you that don't know I have a 98 Acura 3.2 TL, the car is not a clunker it is in what I would consider to be good running order~~

I began by opening the trunk and inspecting the tire and how to take it out. From what it looked like all I had to do was remove the wing nut to pull out the spare, but after much straining I concluded that this was not the proper way to do it. So I pulled out the jack and the tire Iron from their respective holders in hopes that there would be a wing nut wrench of a sort, much to my dismay there wasn't.
After a ghetto-rigged wrench, I was able to give it two complete turns, but still to my dismay it wasn't getting any easier. So I called a friend and with his amazing 2ft wrench of doom he was able to break the screw/wing nut which was rusted in place and replace my tire in time to get back to the GameStop right at 11:29. 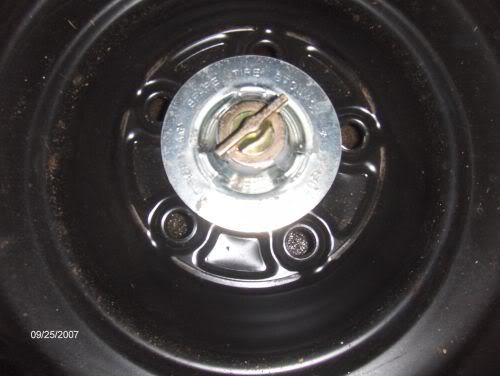 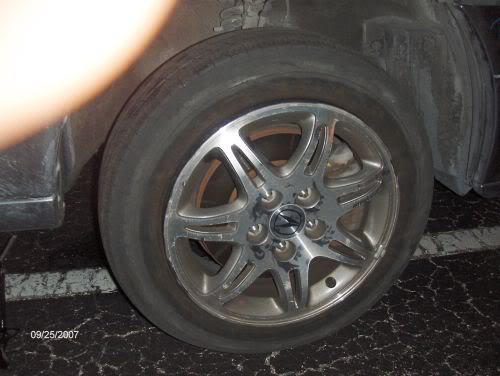 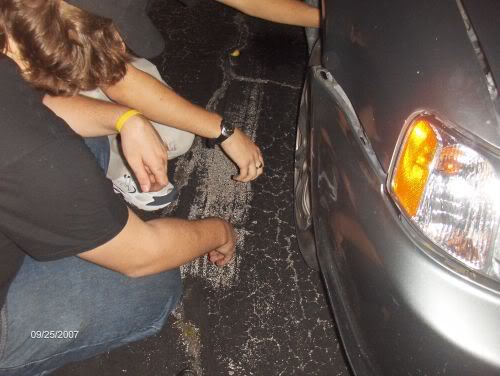 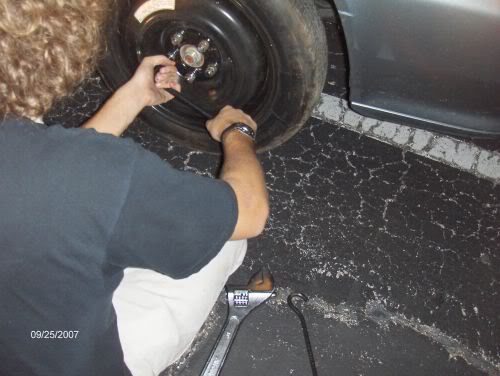 look at that wrench!!!
Sorry this was so long, there was a lot that happened.(there is even more to this story, but I think its too long already[having to deal with cops and speeding motorcycles]).

EDIT: Here's the rest of the story for all you interested.

oh, heh.. there's not much more to it, but since Spartanspork asked...

Right about the time I noticed the wing nut was very much stuck in place, a police officer pulled into the parking lot (on patrol I assume). So I was just thinking "Wow! what a coincidence the law actually coming to my assistance at a time of need... so unexpected lol." So I waved my arms and honked my horn, and literally just as the cop slows down to a crawl to look my way (I was between the cop and the main road) 6-8 motorcycles race down the street going at least 80 (30 over the speed limit), so of course the cop decided to chase after them although I don't see how he was going to catch them (mainly because he decided to crawl out of the parking lot to go after them) but yeah I just assumed that he thought that I was giving him a heads-up that there were motorcycles speeding by. u_u
S

At least you got there in time
M

yea we got it and then we had to go get a oil change, get pizza, eat pizza, wait till everyones homework is done and then we could play
S

lol i sat myself right on the couch as soon as i got home with it, up all night then just went to school

and of course came back and played some more