This is my first thread where I'll document the best I can how I built my reach commando and why I chose the face of both a blue, and a dirty red. 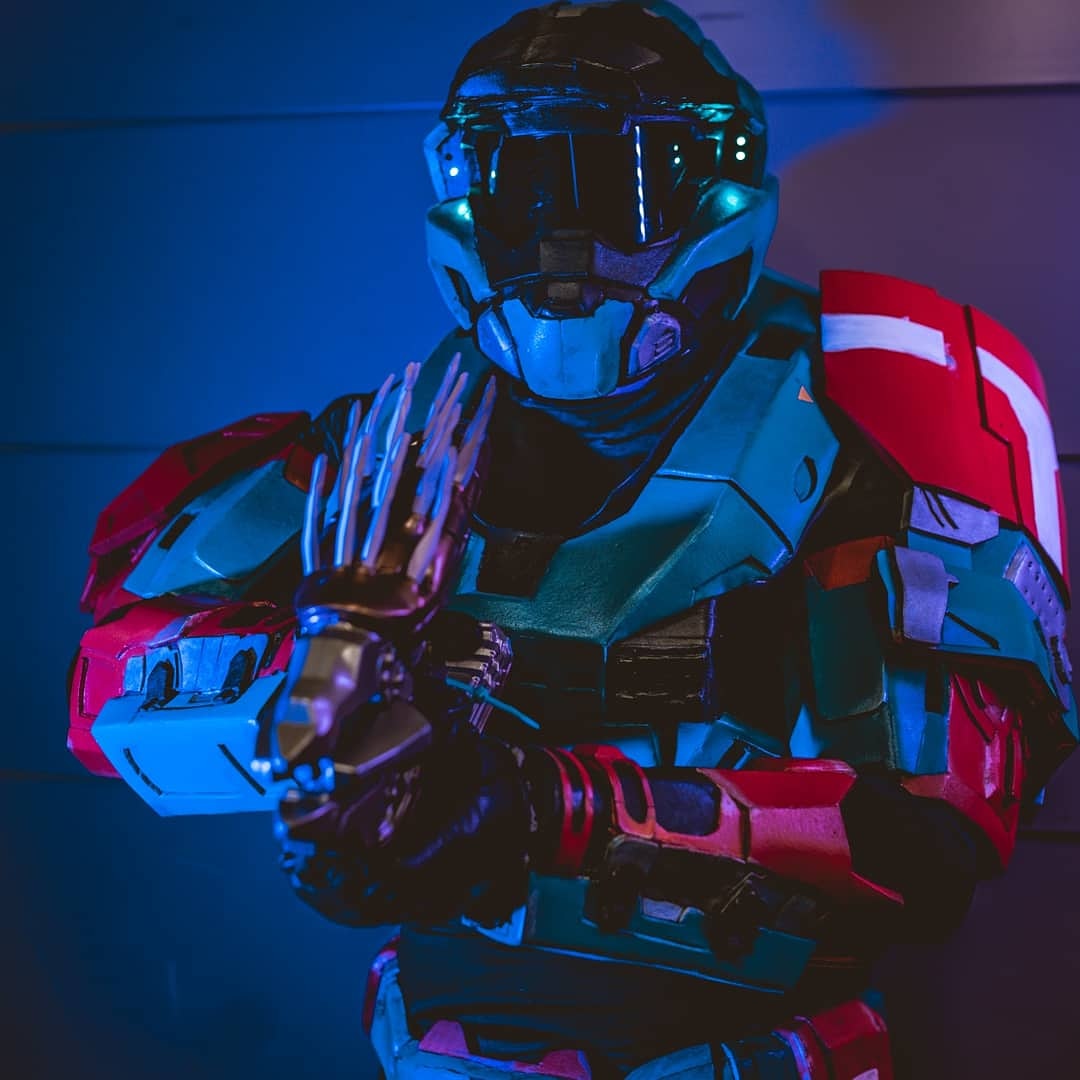 Midwest Regiment
Starting or did you already finish your own Commando build?

Danger Viking said:
Starting or did you already finish your own Commando build?
Click to expand...

I already finished the base build as this is my commando build in the picture though he still needs the props and upgrades such as the tacpad and thigh bag alongside magnets for the magnums that are still in the works! I just wanted to document it since many have asked how I made him really, Ill see to update this thread later today hopefully

Chief1343 said:
I already finished the base build as this is my commando build in the picture though he still needs the props and upgrades such as the tacpad and thigh bag alongside magnets for the magnums that are still in the works! I just wanted to document it since many have asked how I made him really, Ill see to update this thread later today hopefully
Click to expand...

Good high quality work. Very interested in how you attract the magnets and make the tacpad as well as the thigh bag 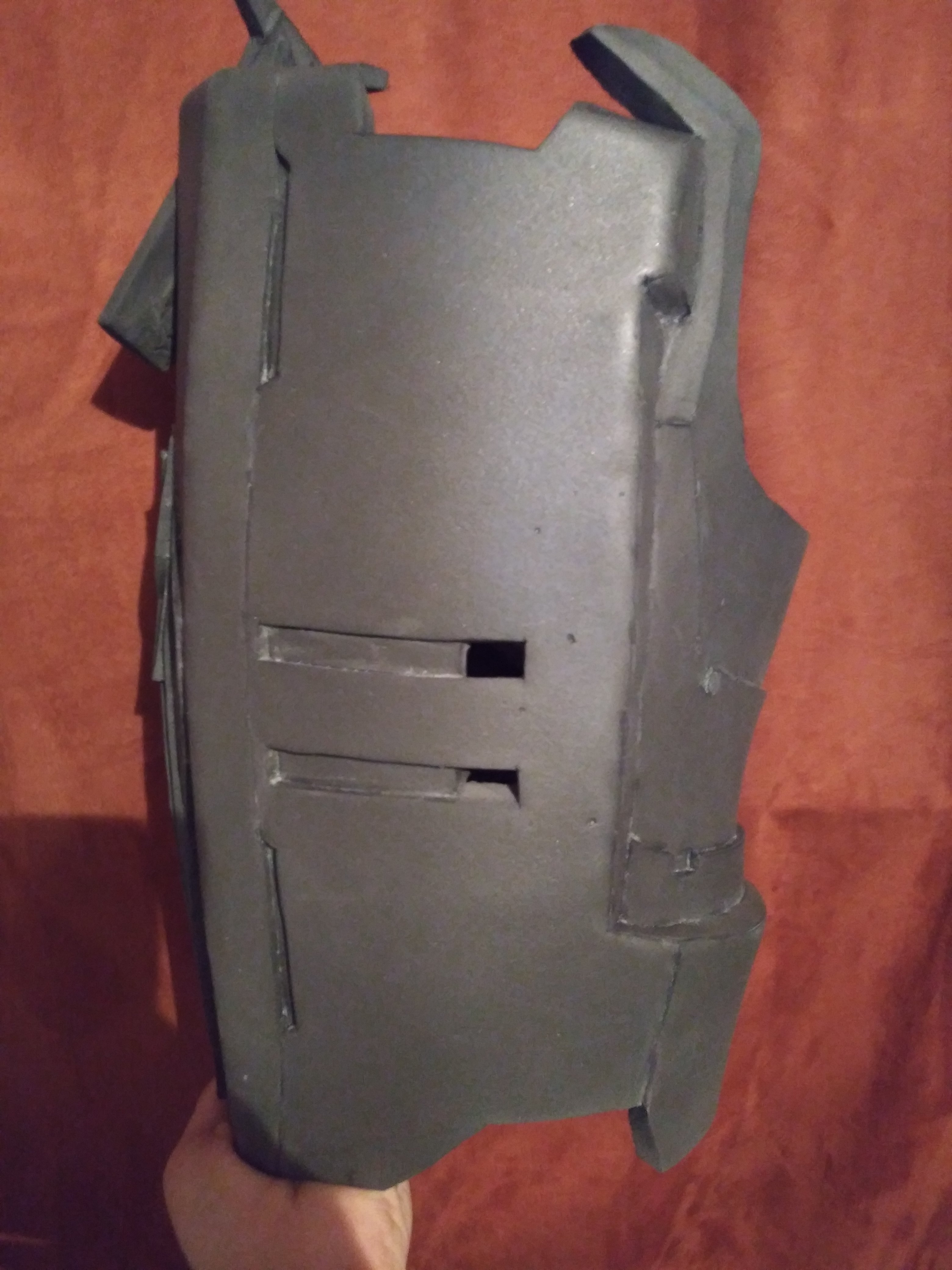 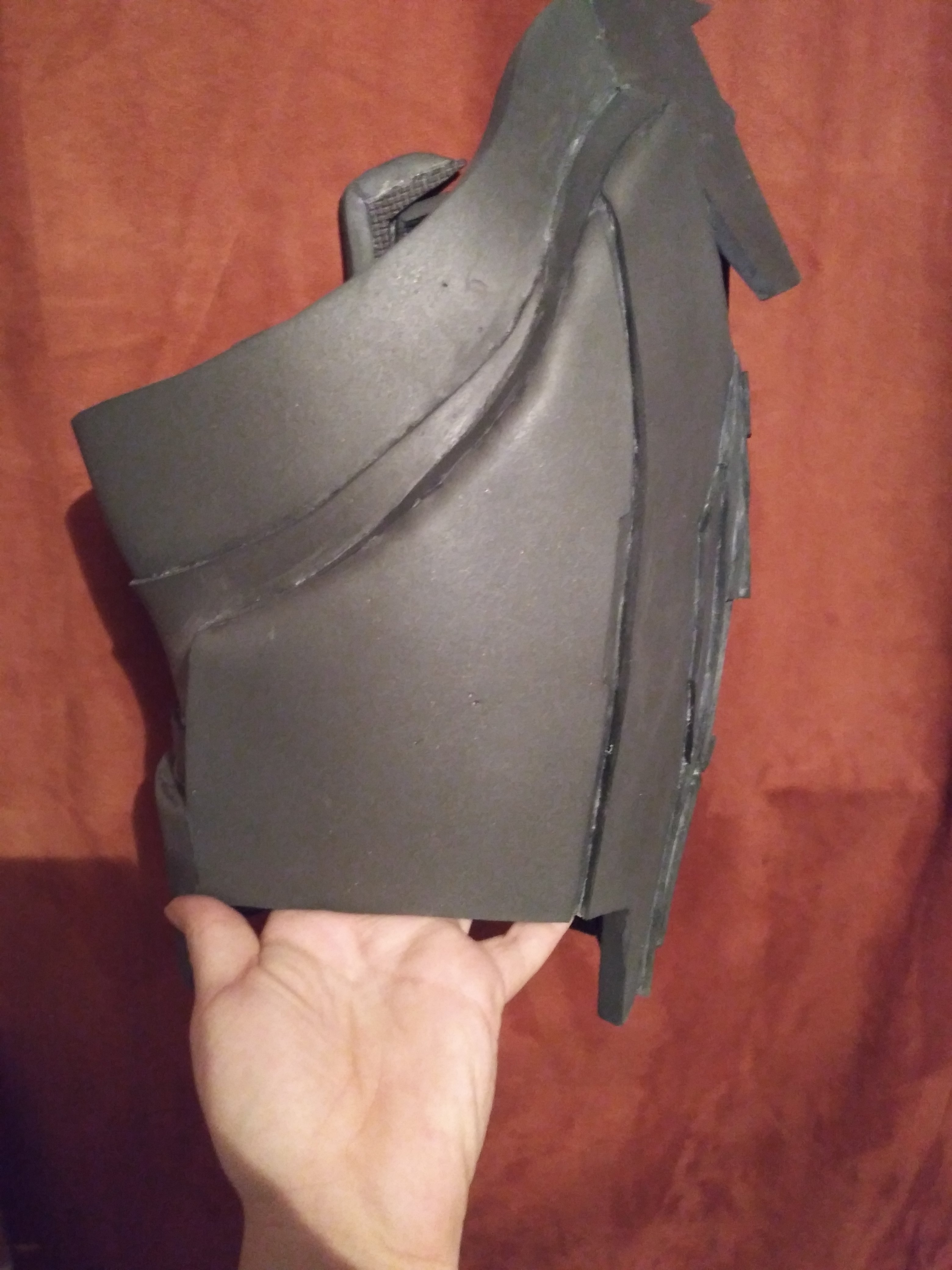 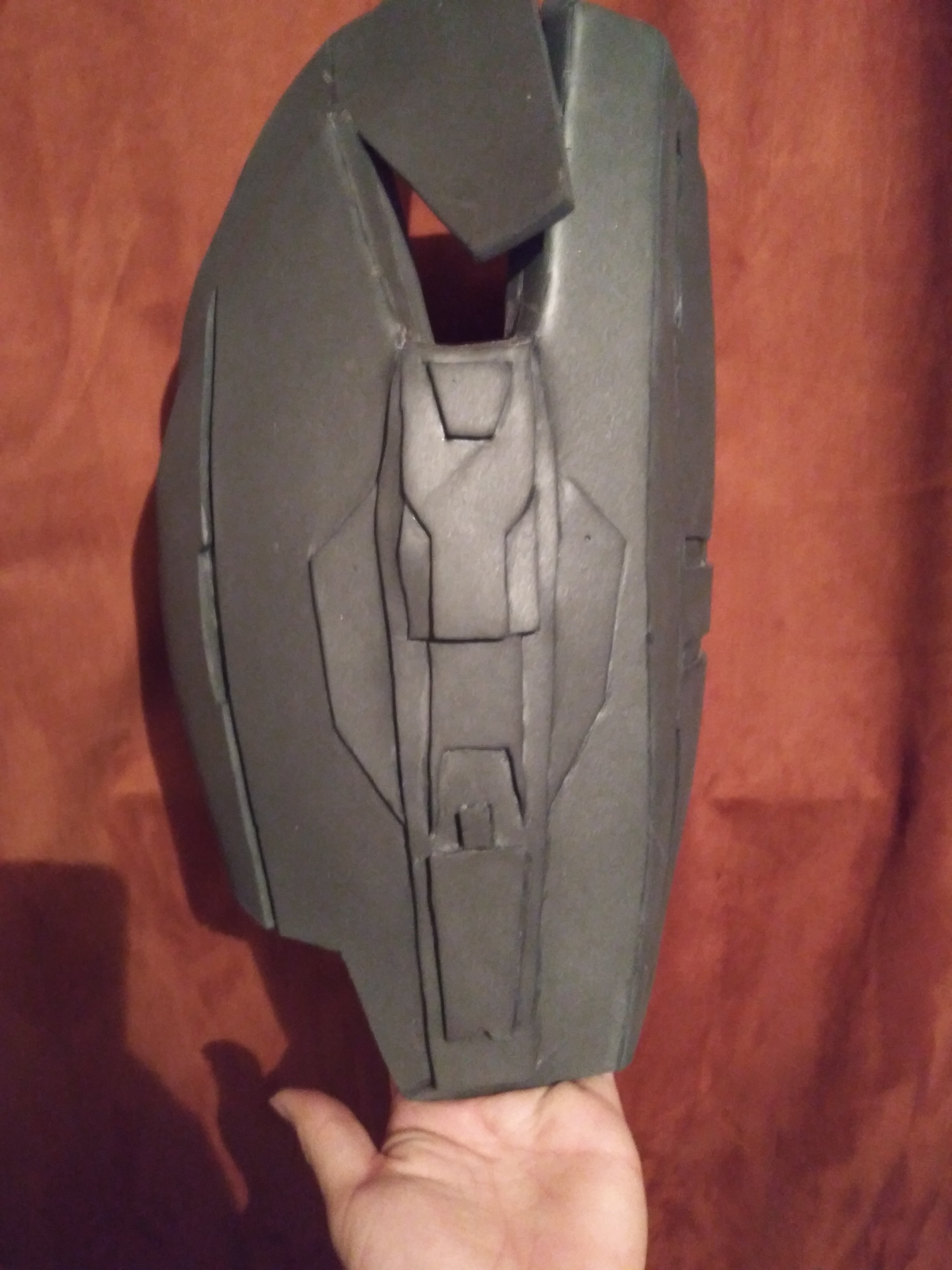 Midwest Regiment
The seems are very clean and not a big gap in any of them really. Nice.

Time for an update! So I'll move away from the thighs for a bit and move on to the right shoulder which I cant recall the name but this variant 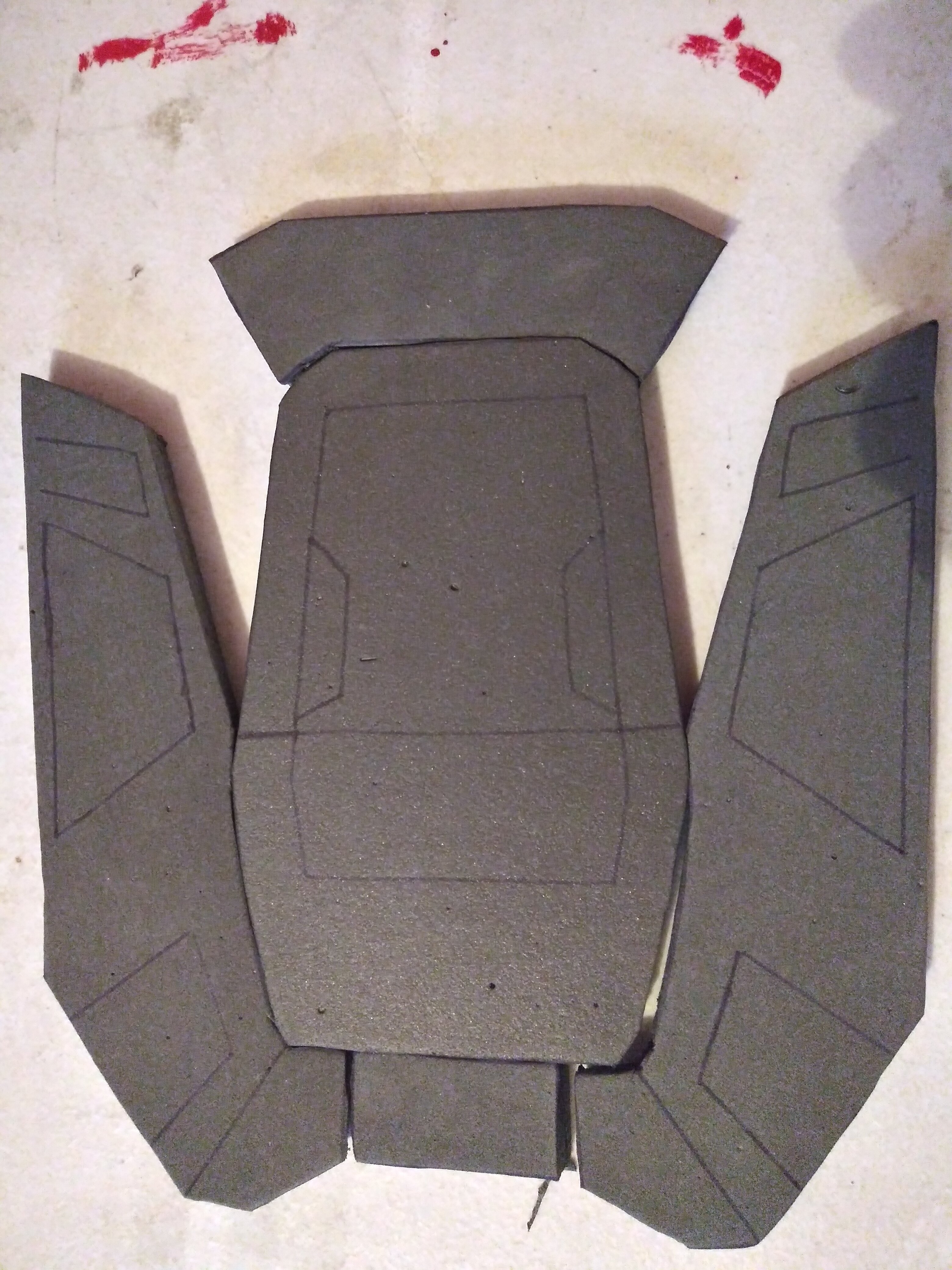 So I sized it to fit the bicep properly like the game and moved on to tracing it onto the foam cutting 45 degree cuts within the corners of the foam and began gluing it together until it shaped like a boat! 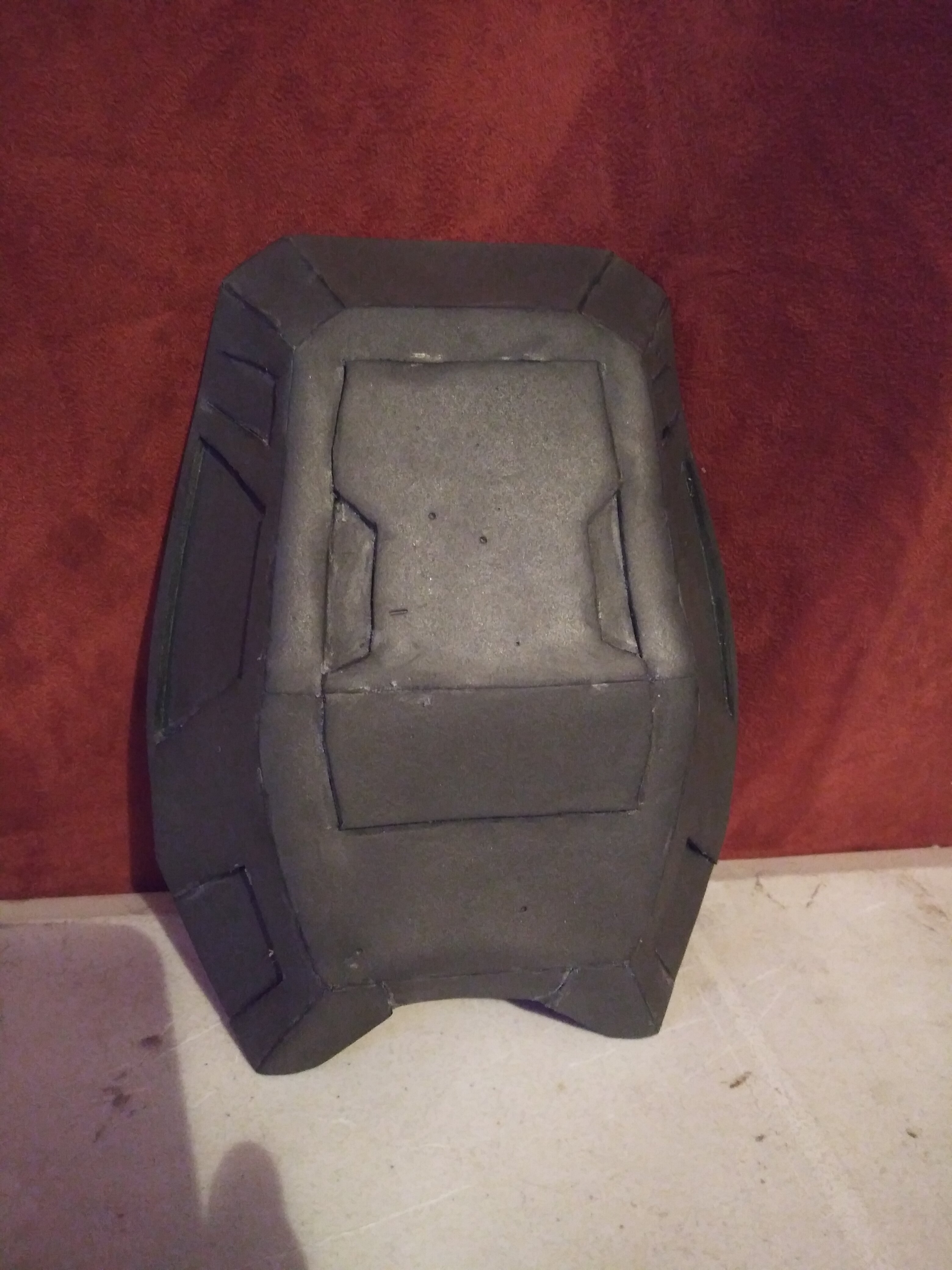 Finally got around to building a pair of boots to go over my boots, I used the pepakura file of the boot instead of the one meant for foam here on the armory since it was a bit innacurate to the detail of the boot itself free handing a bit in the front area for the lines going down. Then I found out after building that they were to short to fit my boots but they fit my other shoes perfectly allongside allowing me to have that flex when I walk. Once their caulked and sealed its off to painting them red and black. 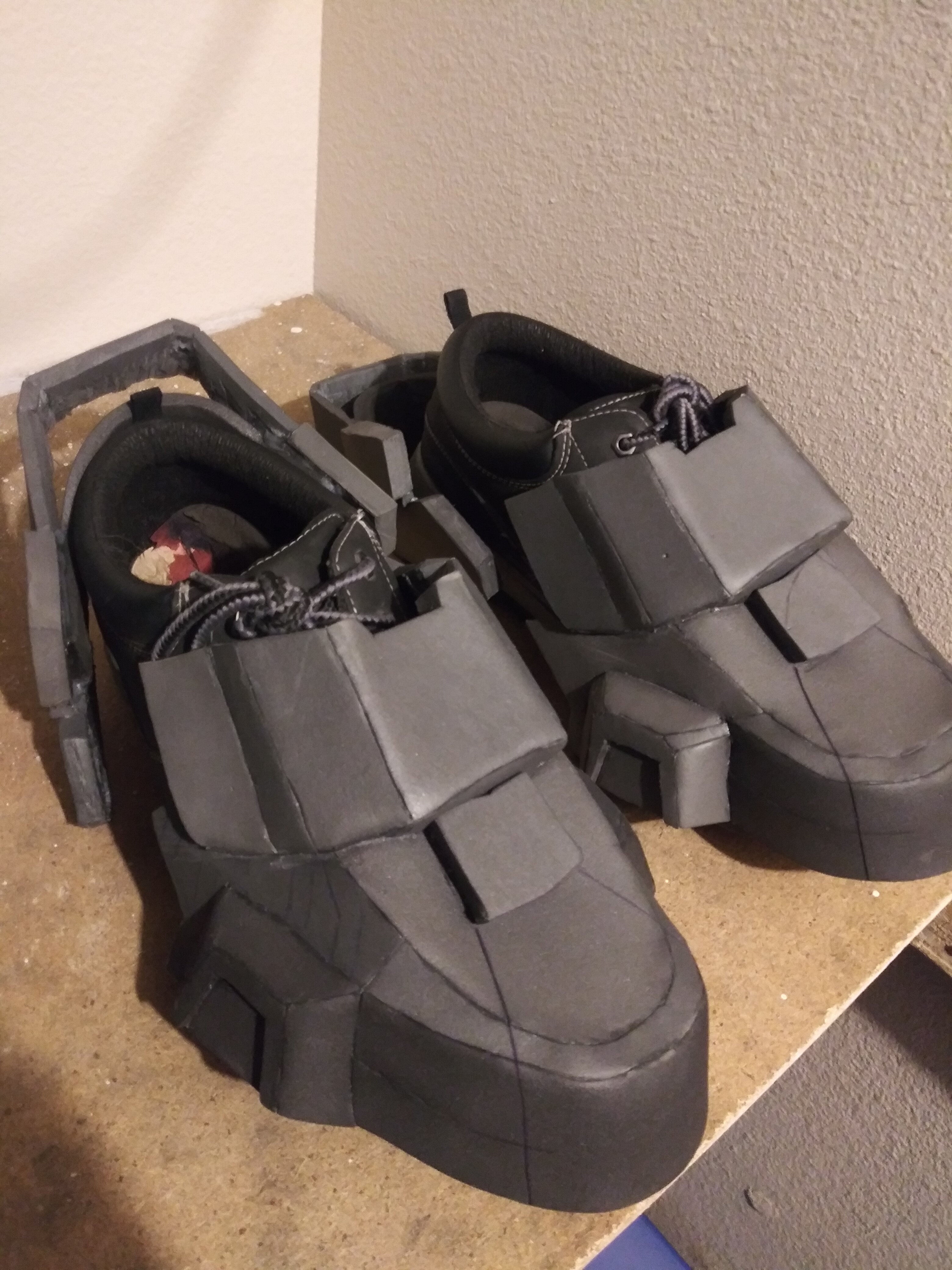 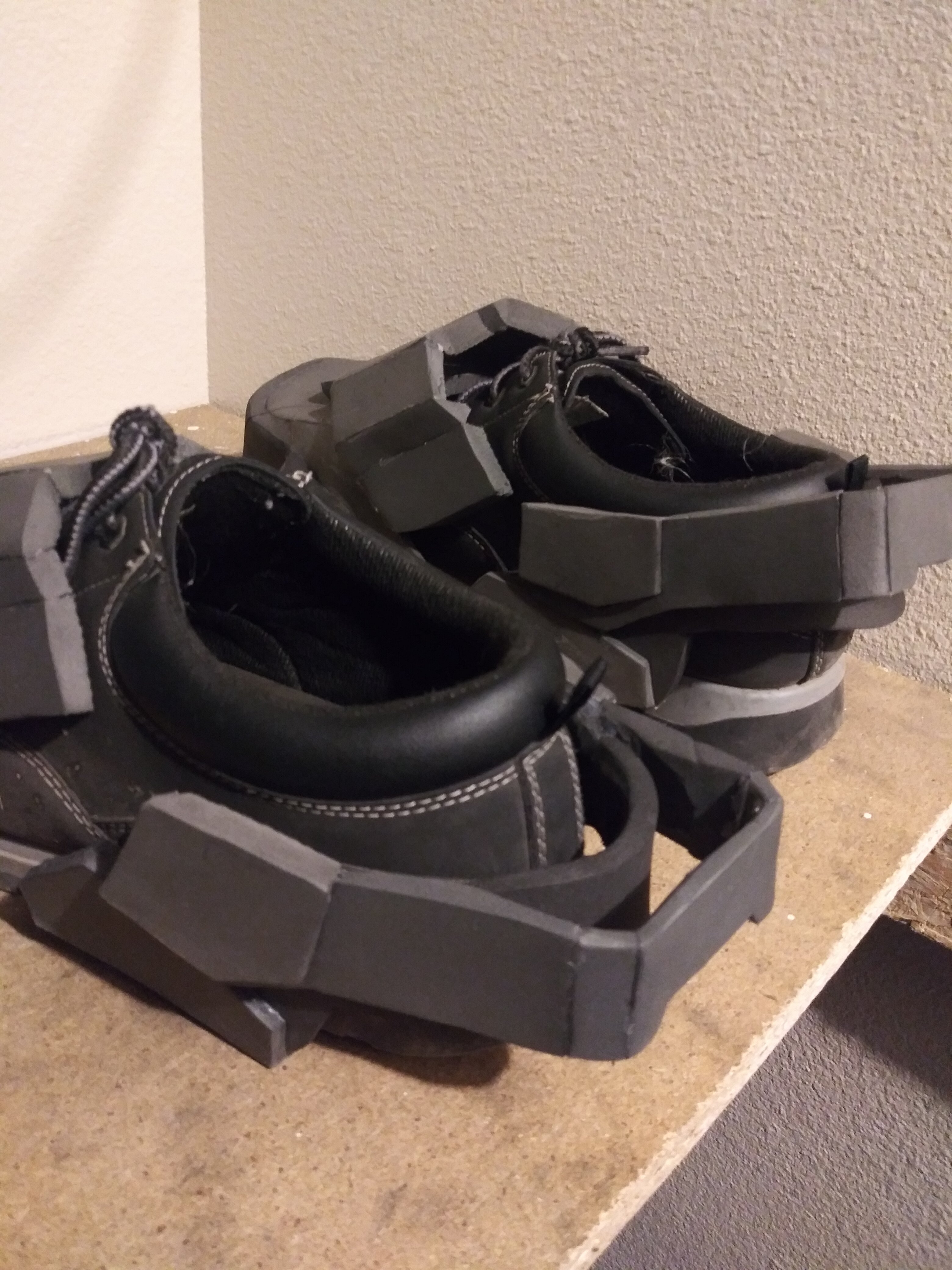 Update time! So I woke up one day and decided to look at my helmet, what did I see? The mouth piece was crooked and had seam lines that were way too noticeable. So I ripped it out, luckily enough I used hot glue so it was a careful rip that didnt end up tearing anything else around the mouth piece 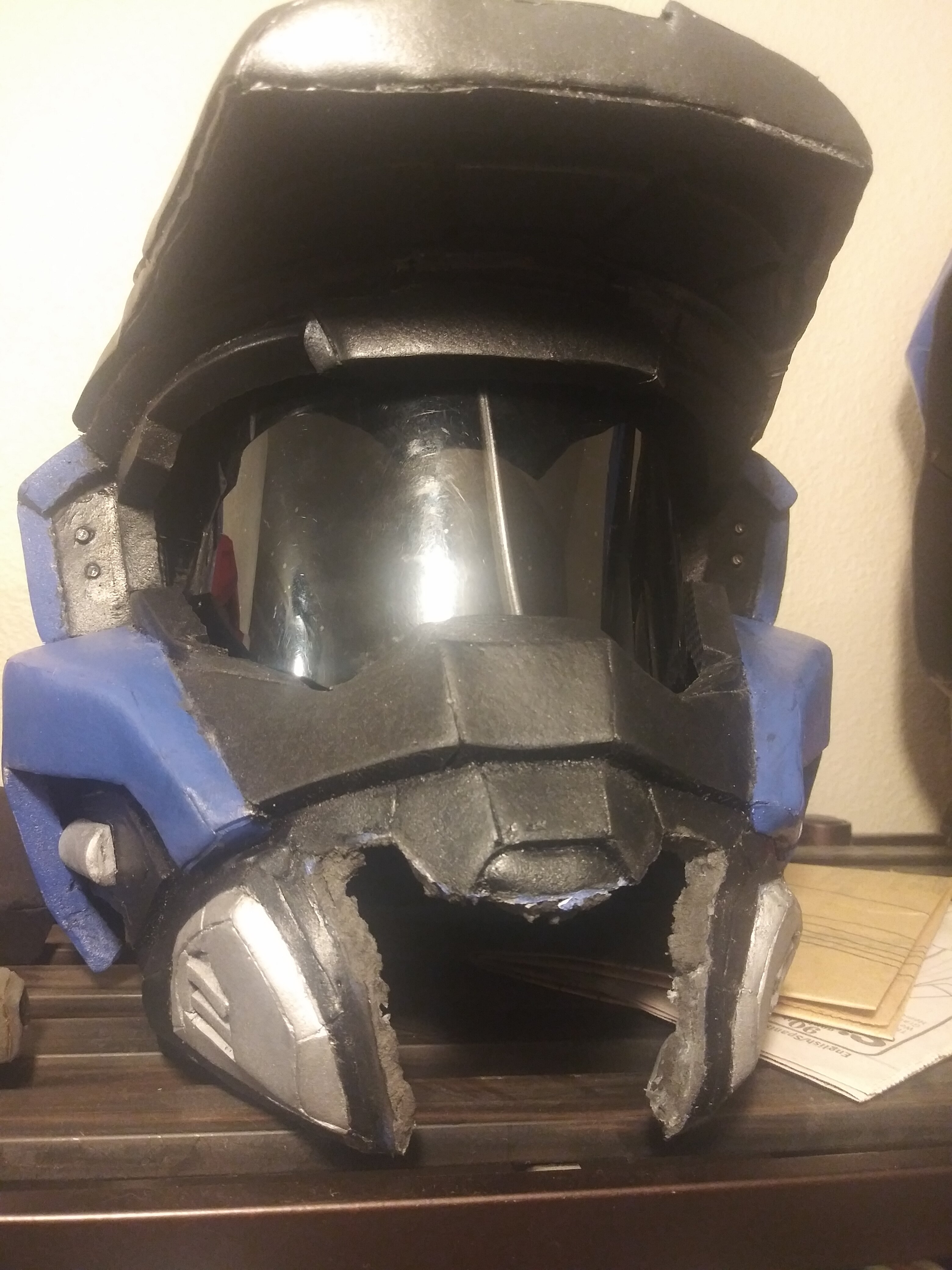 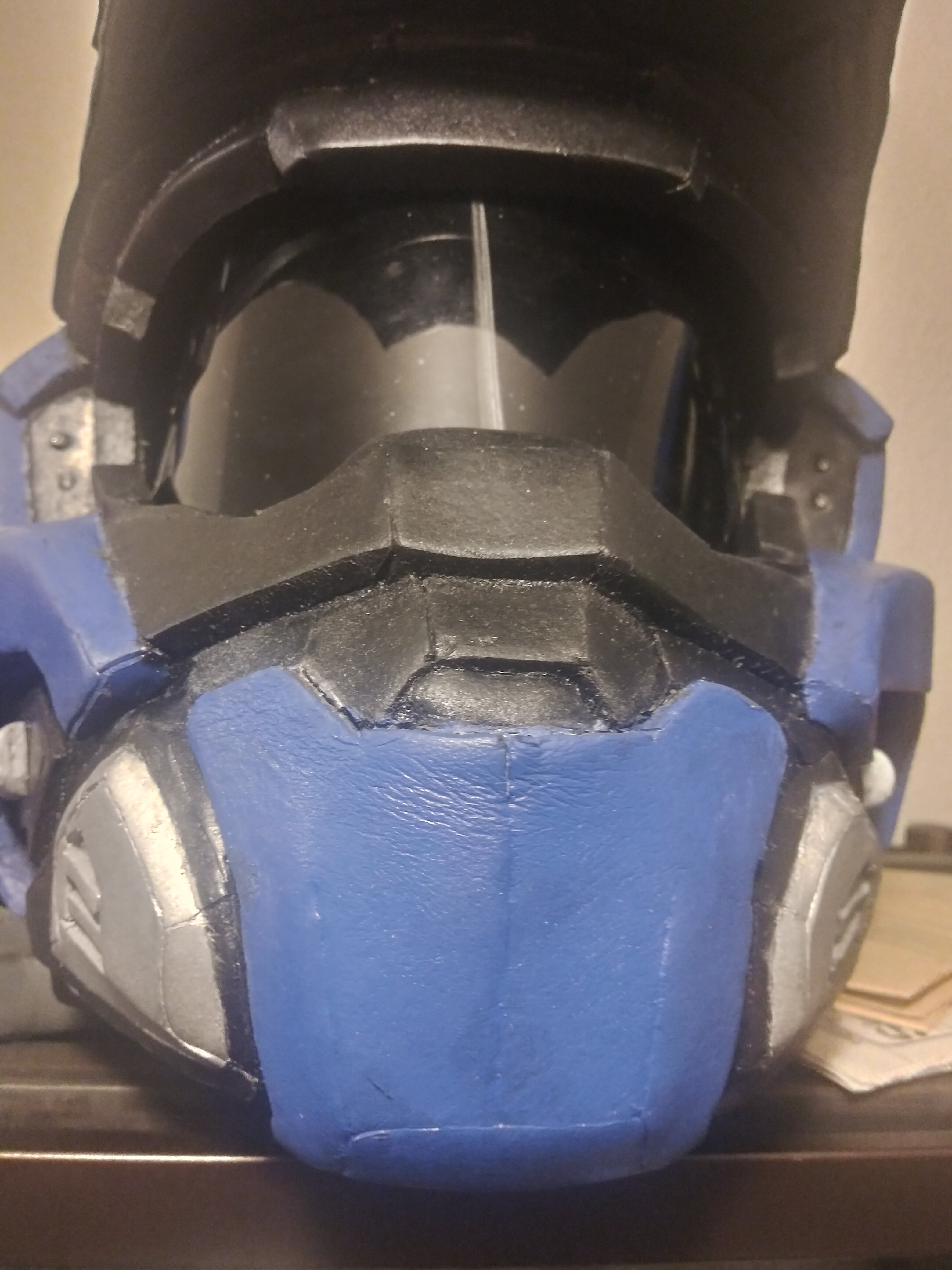 After noticing that it looked like an elites mouth I made a new mouth piece with less seams and a cleaner look. Cualked, sealed, painted and done. Here is the result. 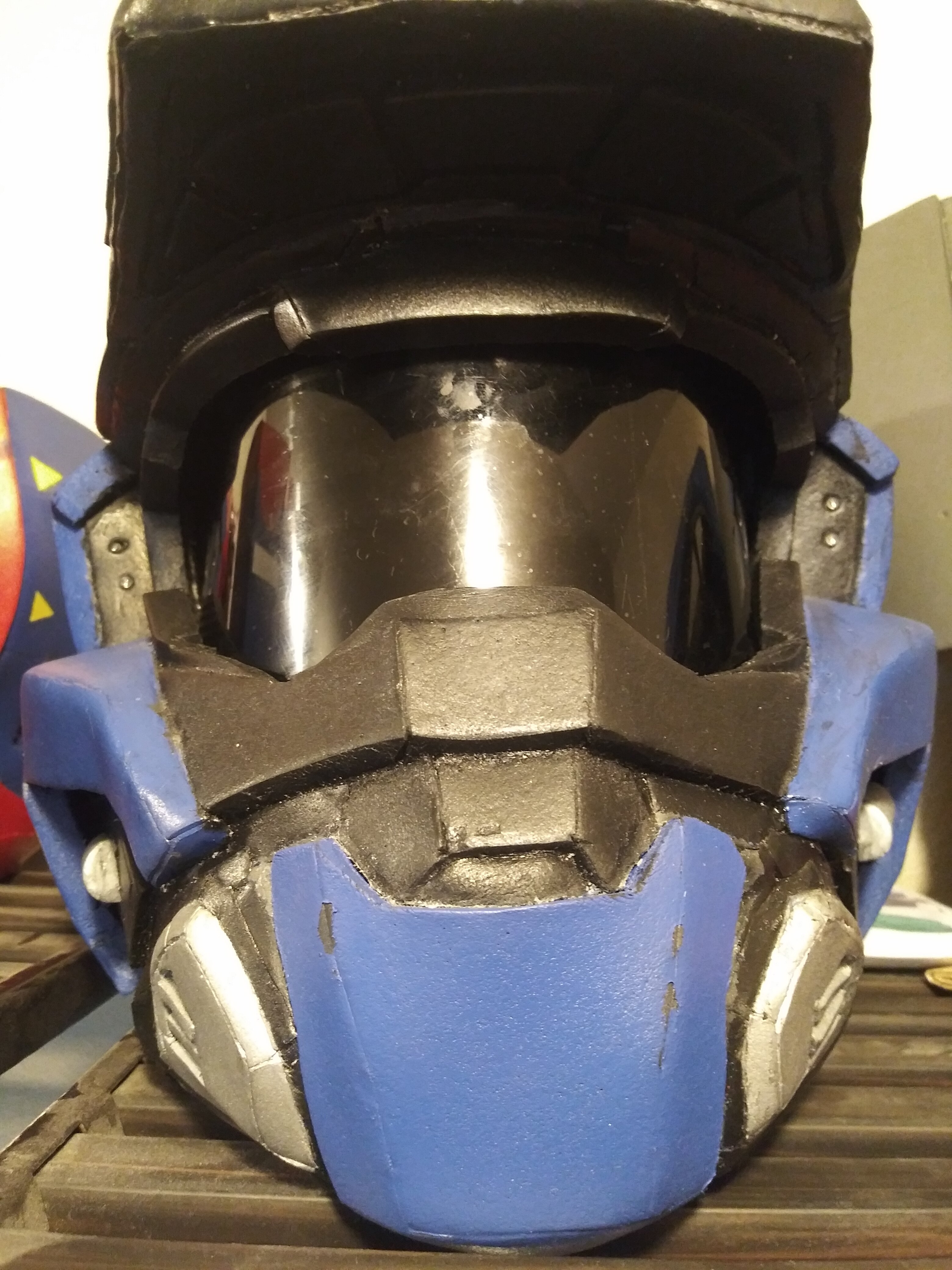 So I painted up the boots but was having trouble figuring out attachments, and still look to size. Then my sister suggested to glue them on to a pair of old shoes I had and since they were still in good condition I went with it and it actually worked! I glued the foam boot to the lower edge of the shoes thats rubber like with some hotglue and then painted the rubber area black, to ensure it doesnt pop any seams I covered it up with hot glue in the corners where it cant be seen to keep those seams from popping up. 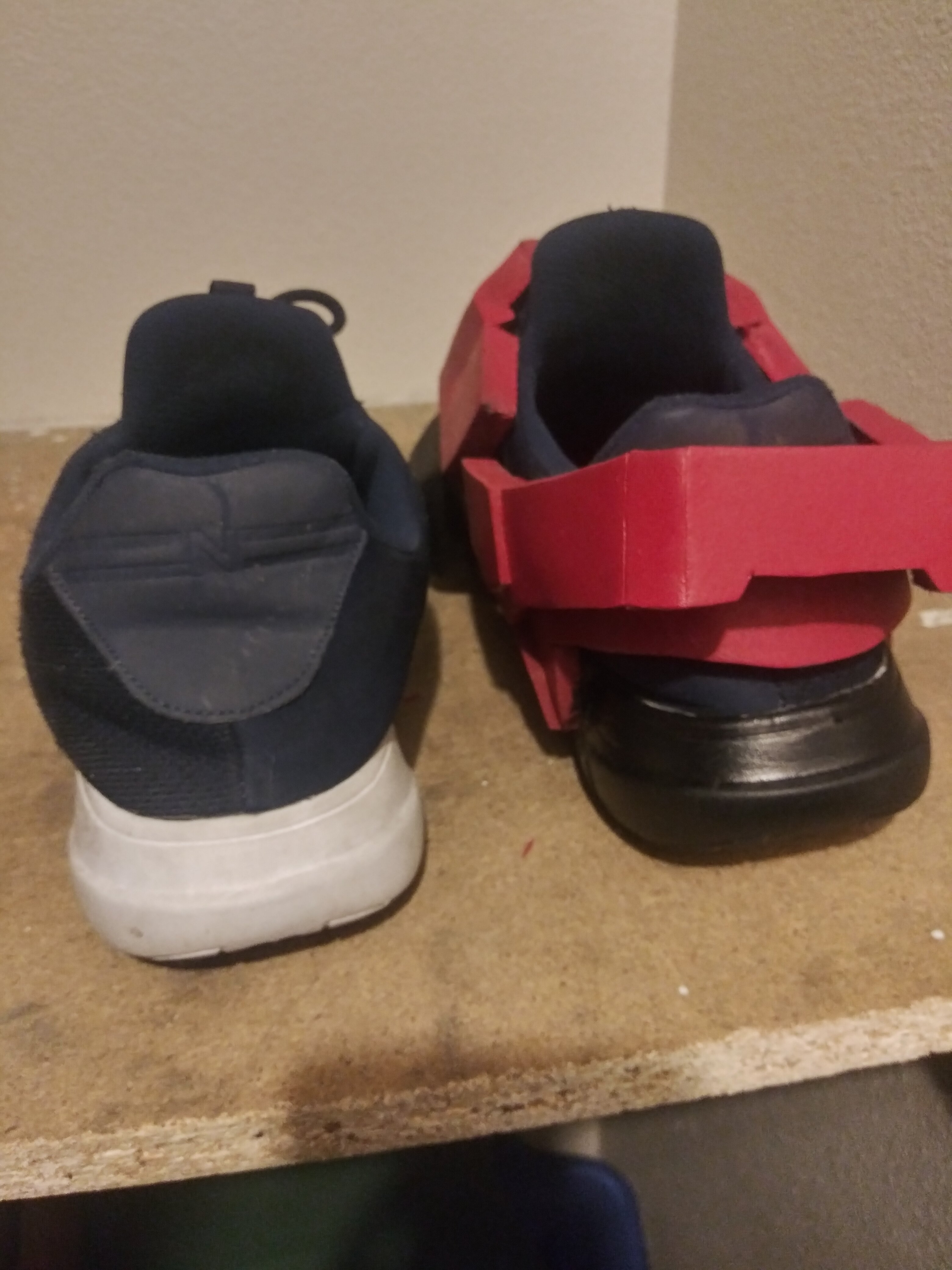 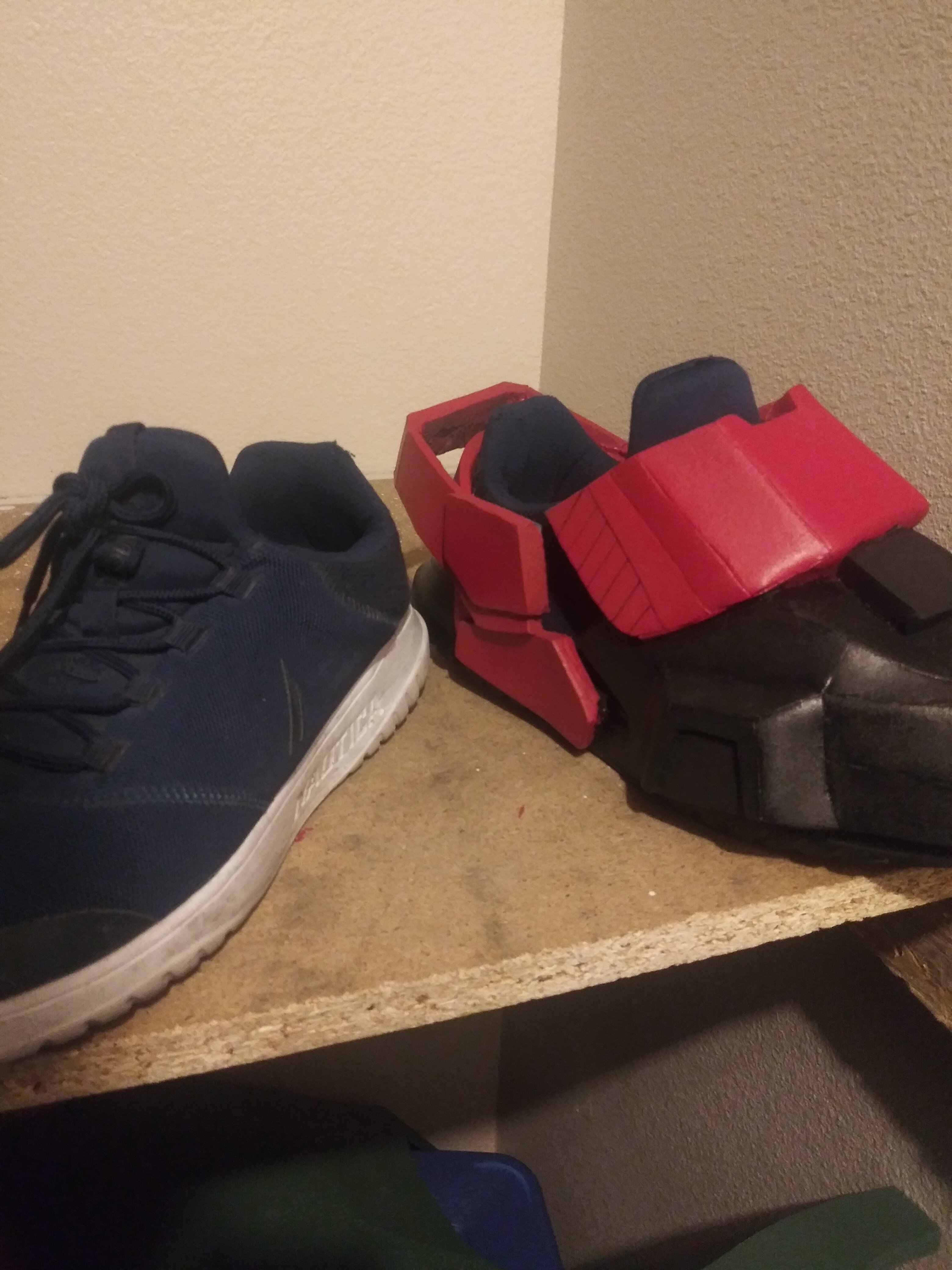 Got the yellow and black strip marks painted on the boots but didnt realize that there is indeed 4 yellow stripes and 5 black stripes right after I painted them on. The masking was so tedious for these stripes but I lile the finishing results that will need some weathering for sure. 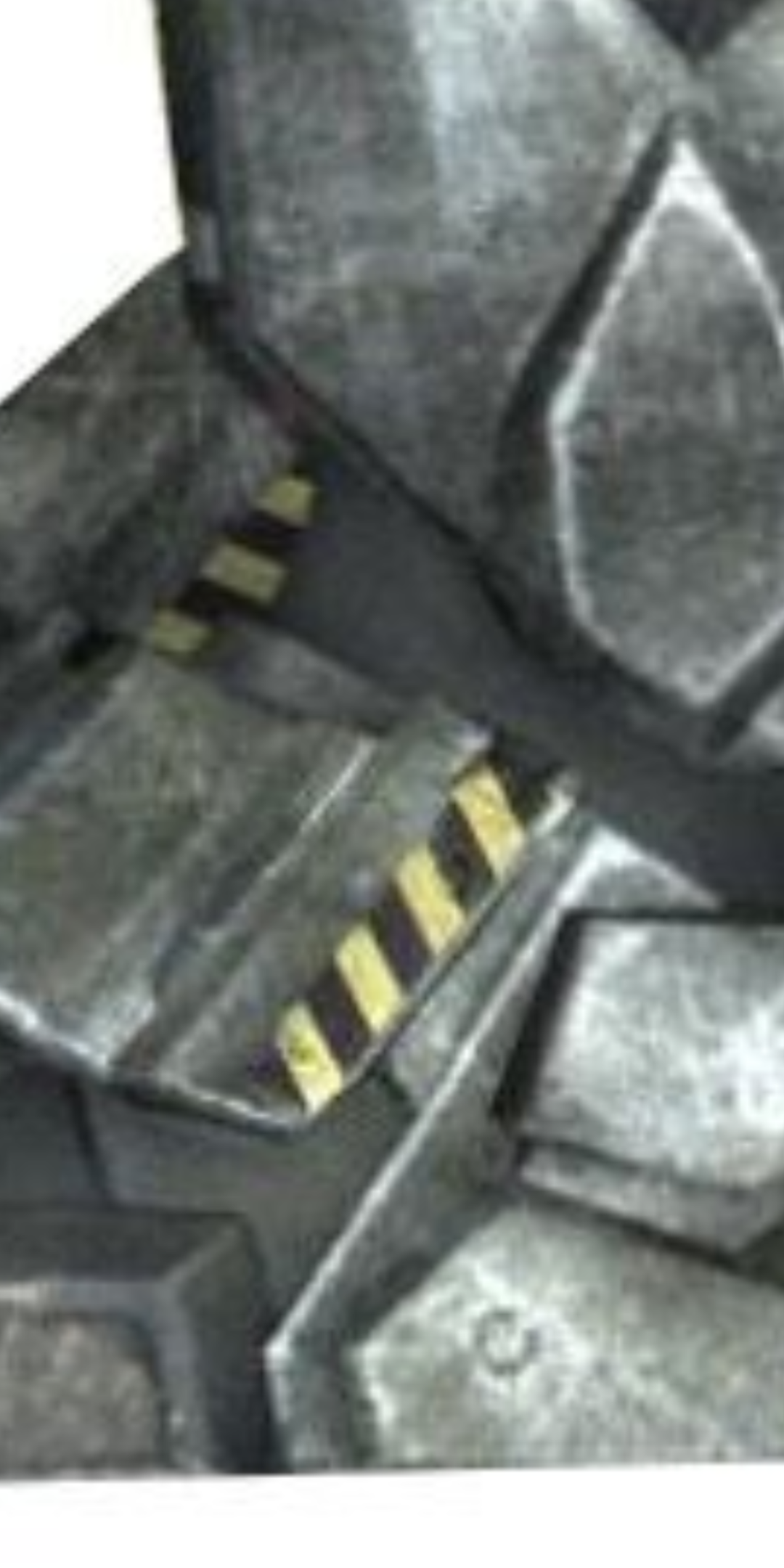 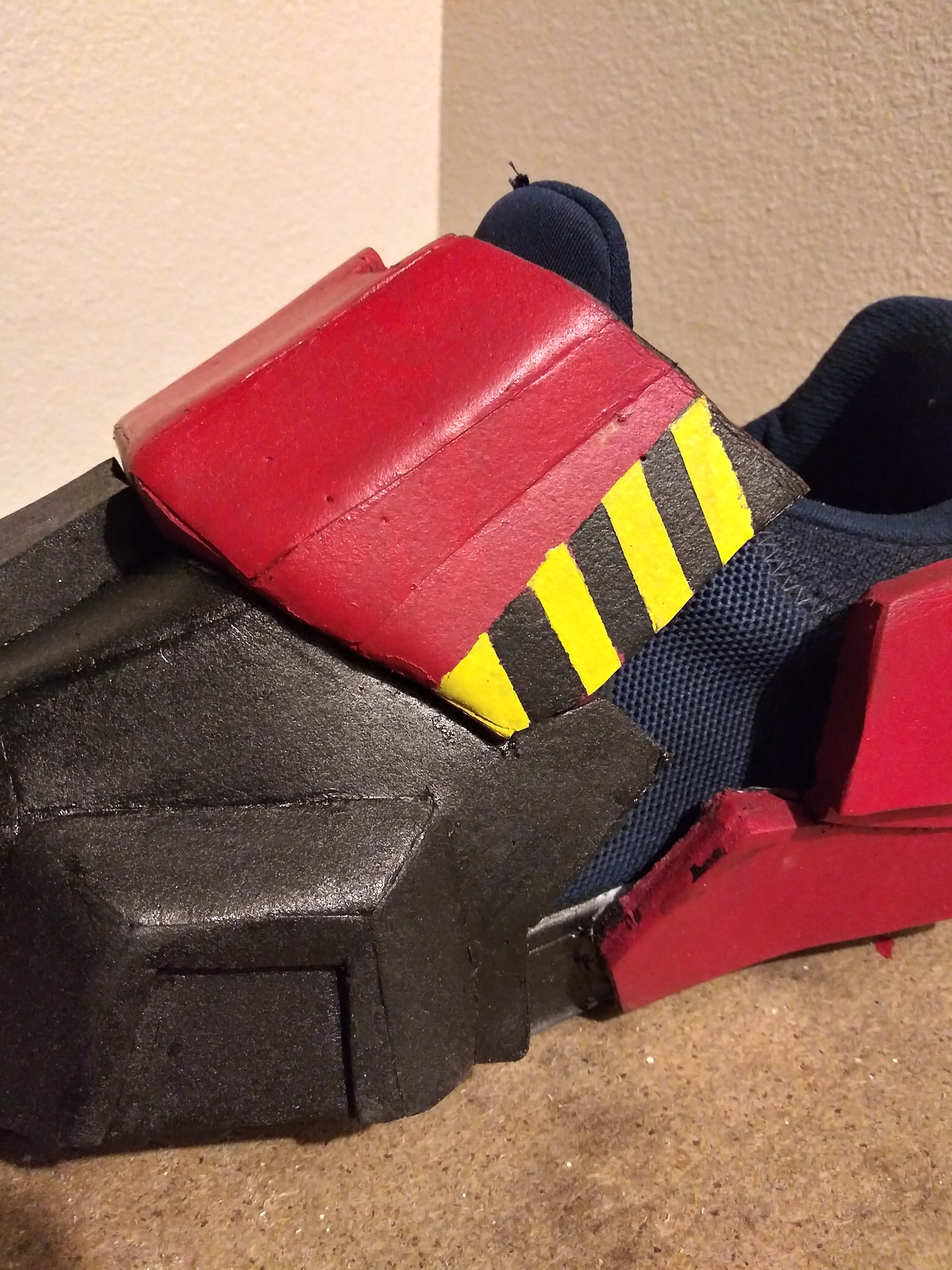 Now my first commando shoulder was too big but served me well, but had to retire it to make a sizable one. I shall remember thee shoulder but your time is up, so I cut it out but had to mod and free hand the corners under the panel for foam since I did want accuracy but it was too many curve ins for me to handle and here is the finishing result. I also made a straight bevel inside the lower section and bent it since in game it isnt flat but curved. 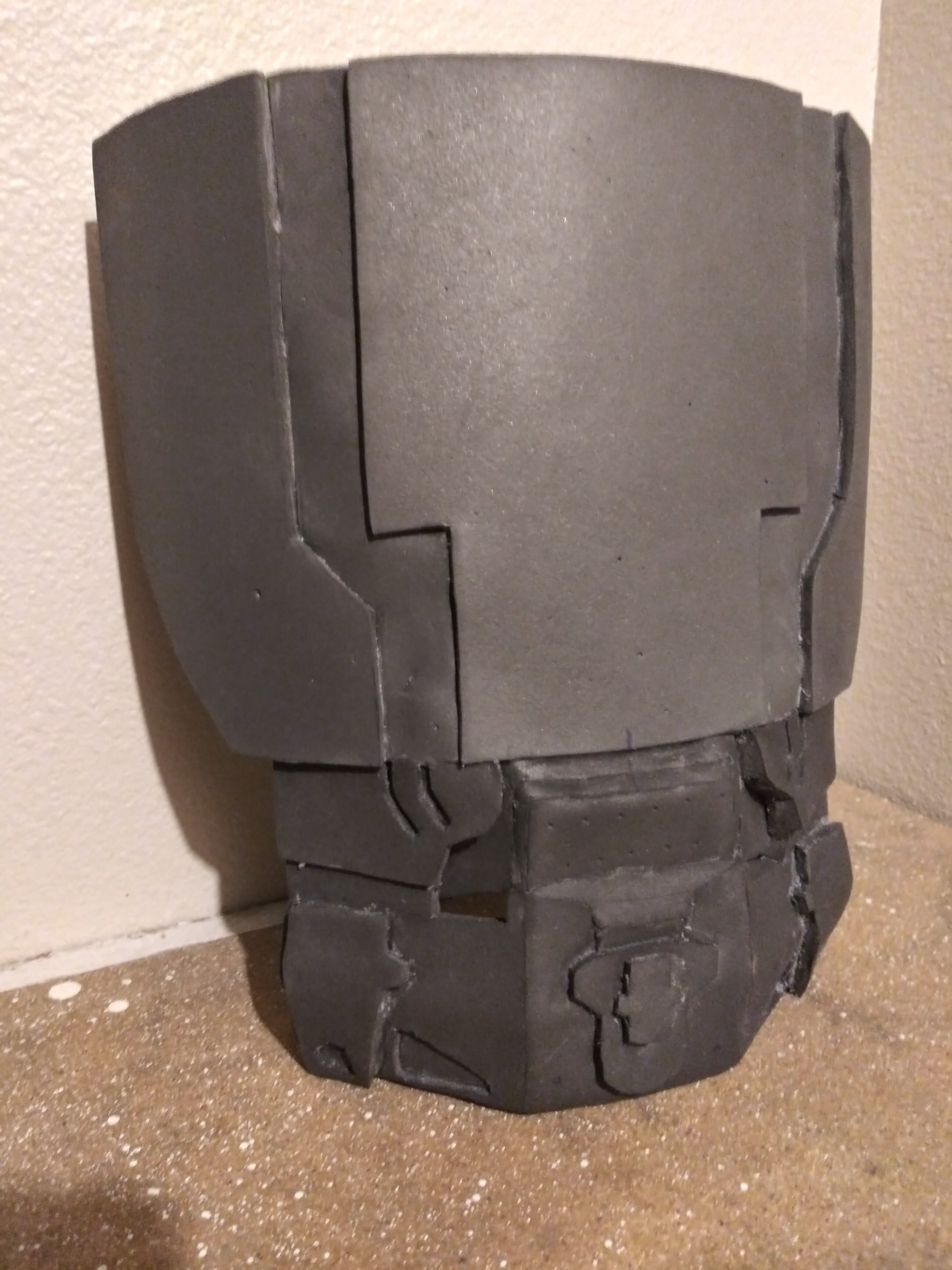 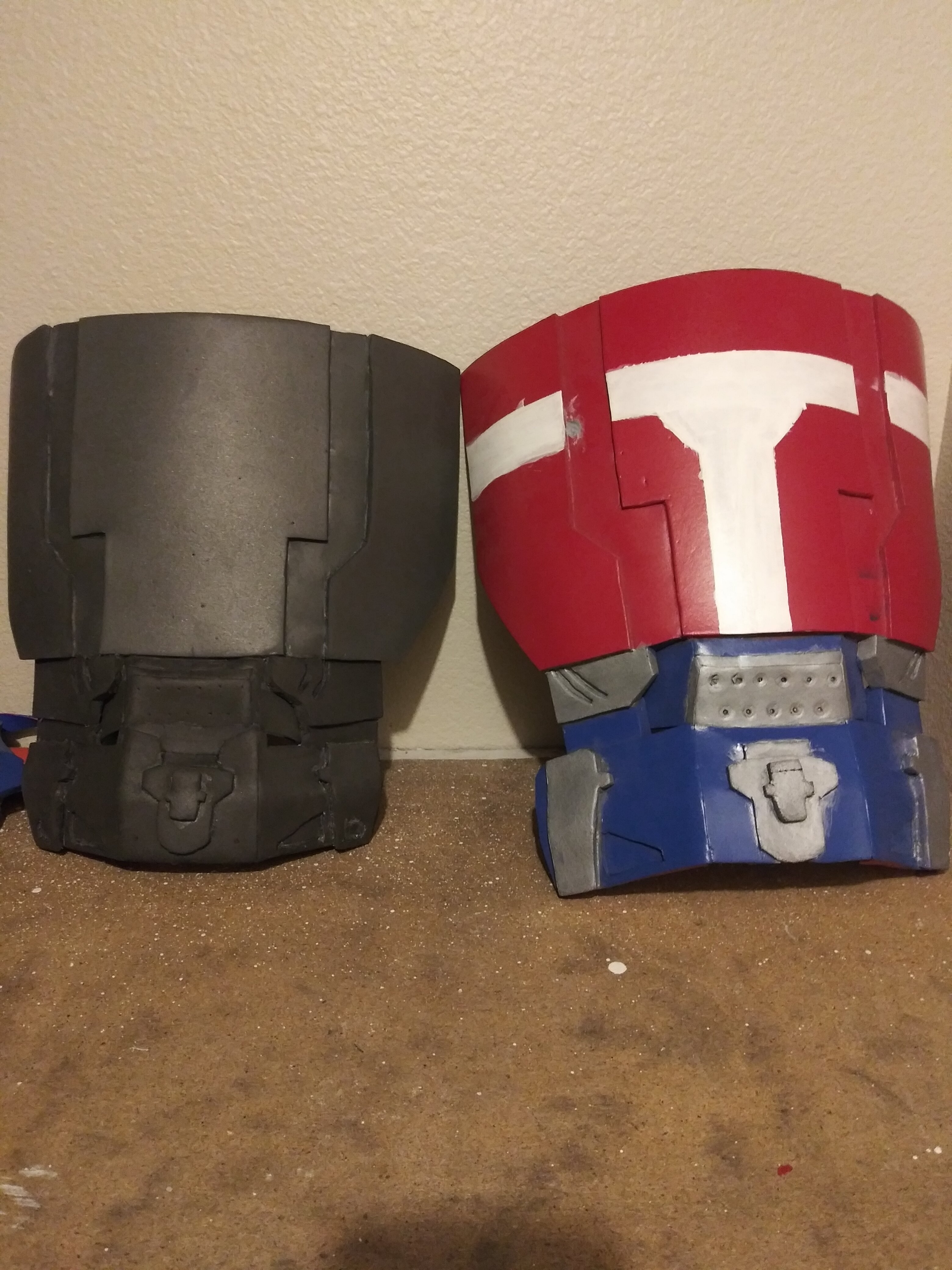 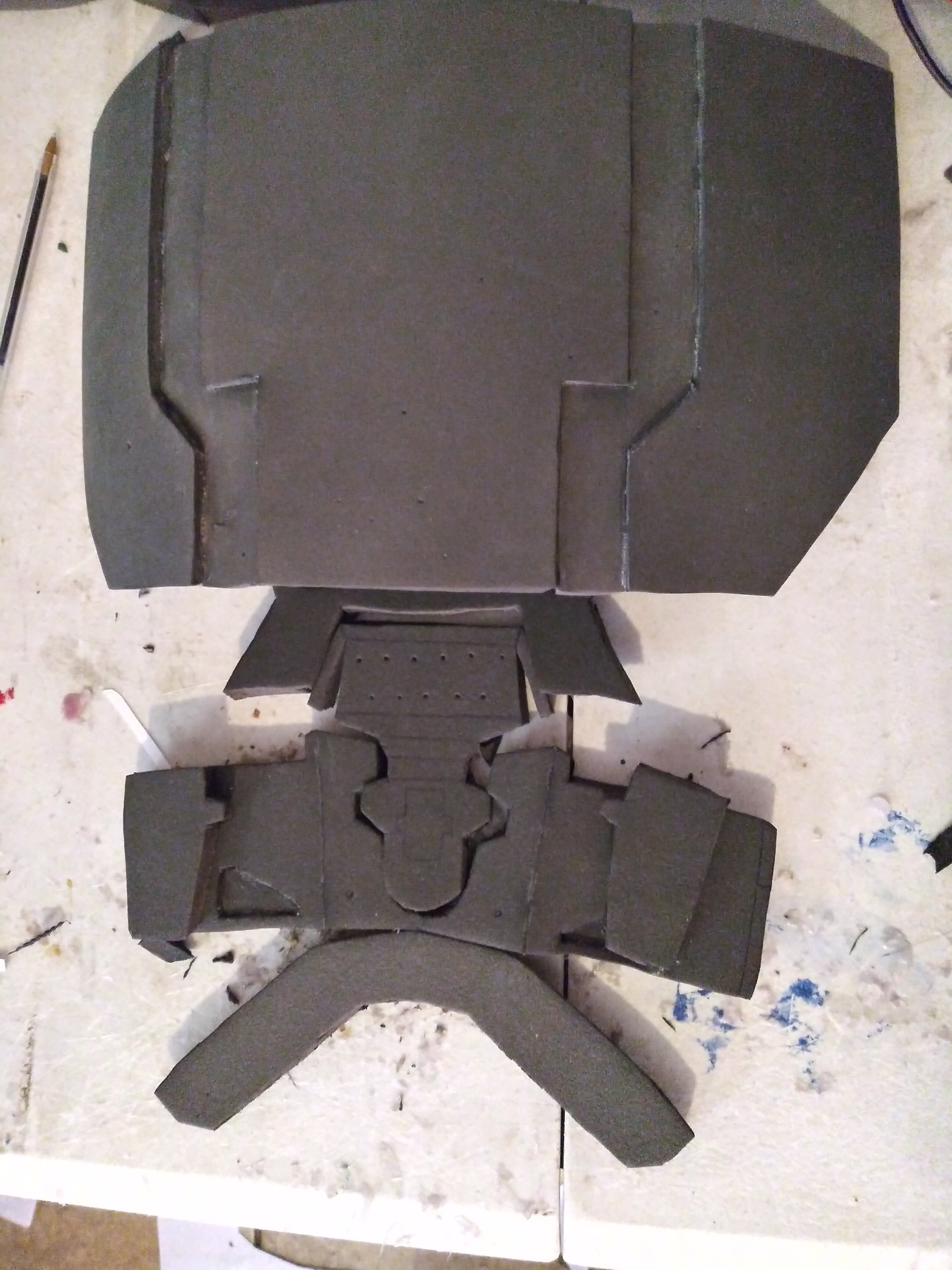 I decided to also remake the neck armor that wraps around the top of the chest, because since I thought maybe making it out that thin foam craft sheets would give me more flexibility but wasnt a great idea. It also was way too thin since the neck is clearly a lot thicker, once its sealed and painted ill be off to gluing it in place. 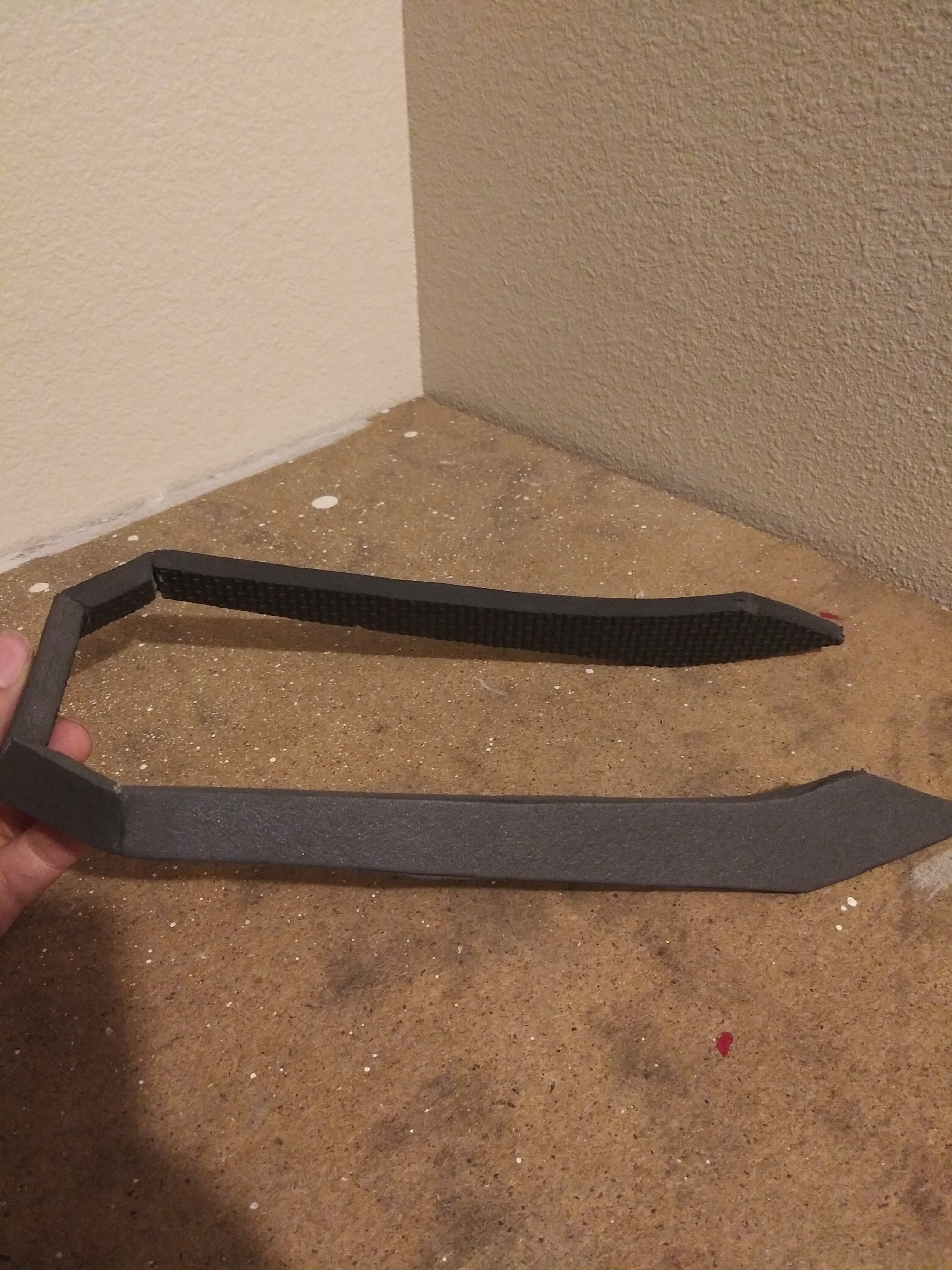 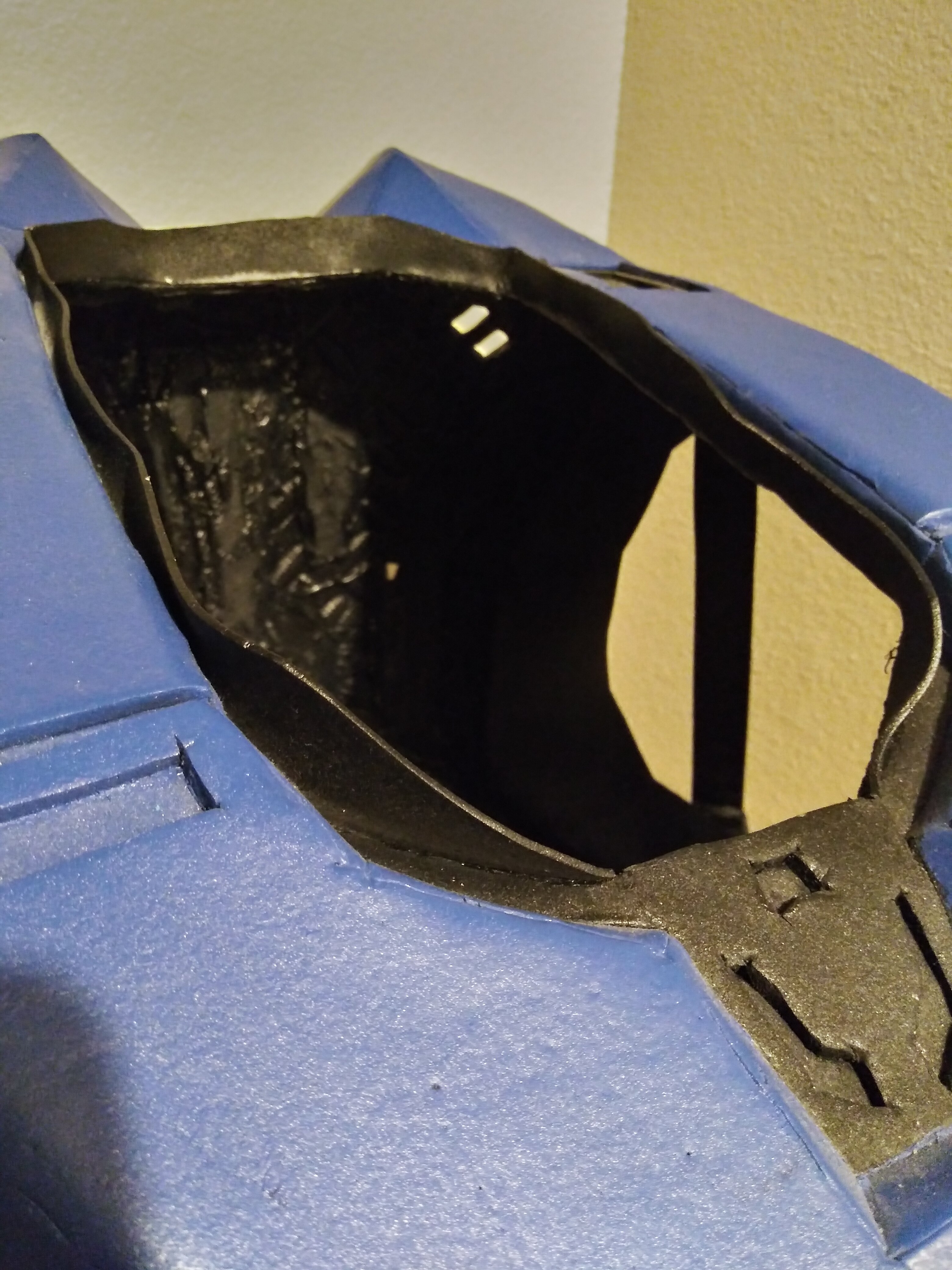 Got a new pair of gauntlets built, their currently missing all the detail which will be free handed modifiying the templates from my first set of guantlets. Obcourse they'll be going out once these new ones get thier first coat of paint! 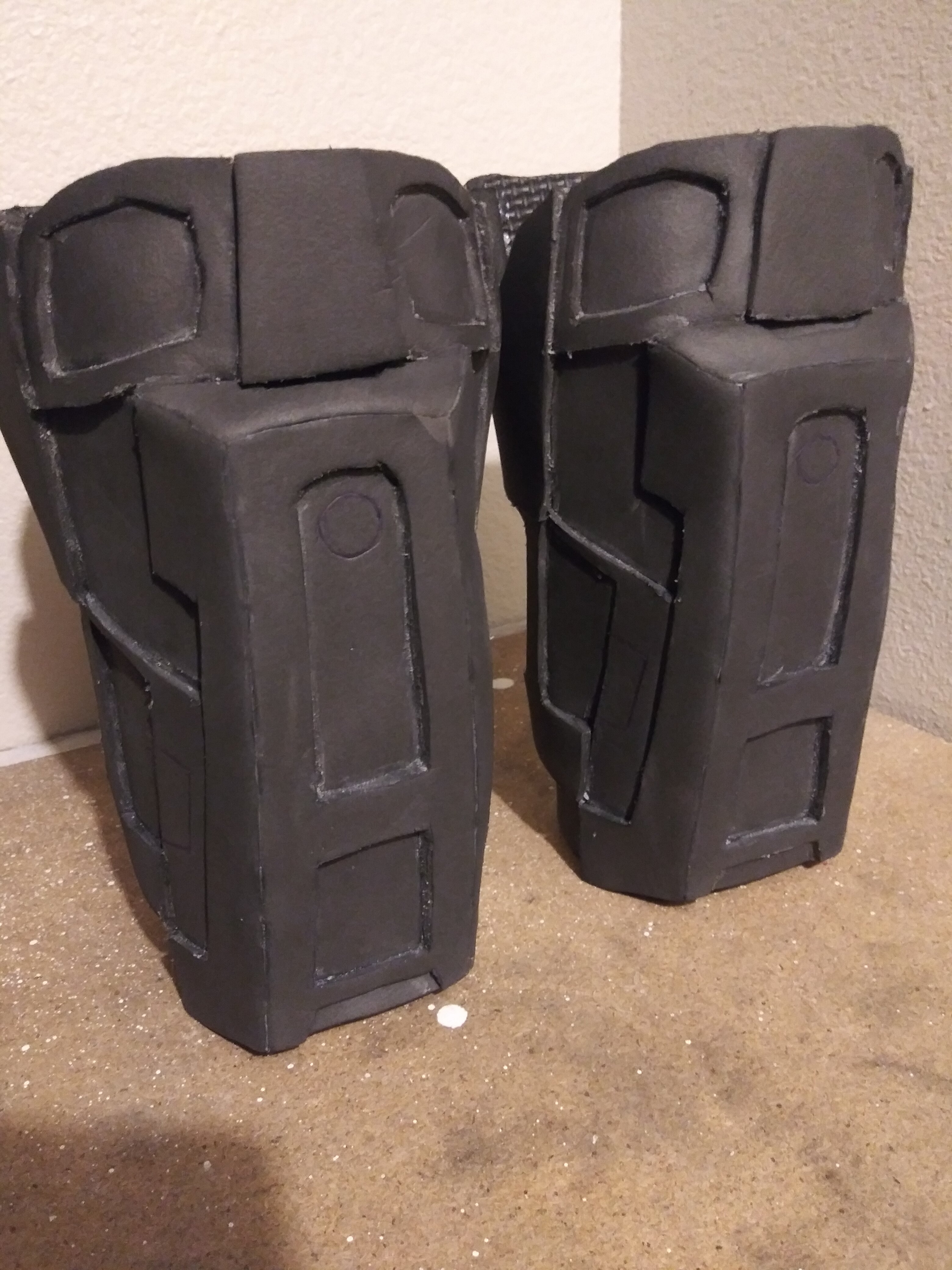 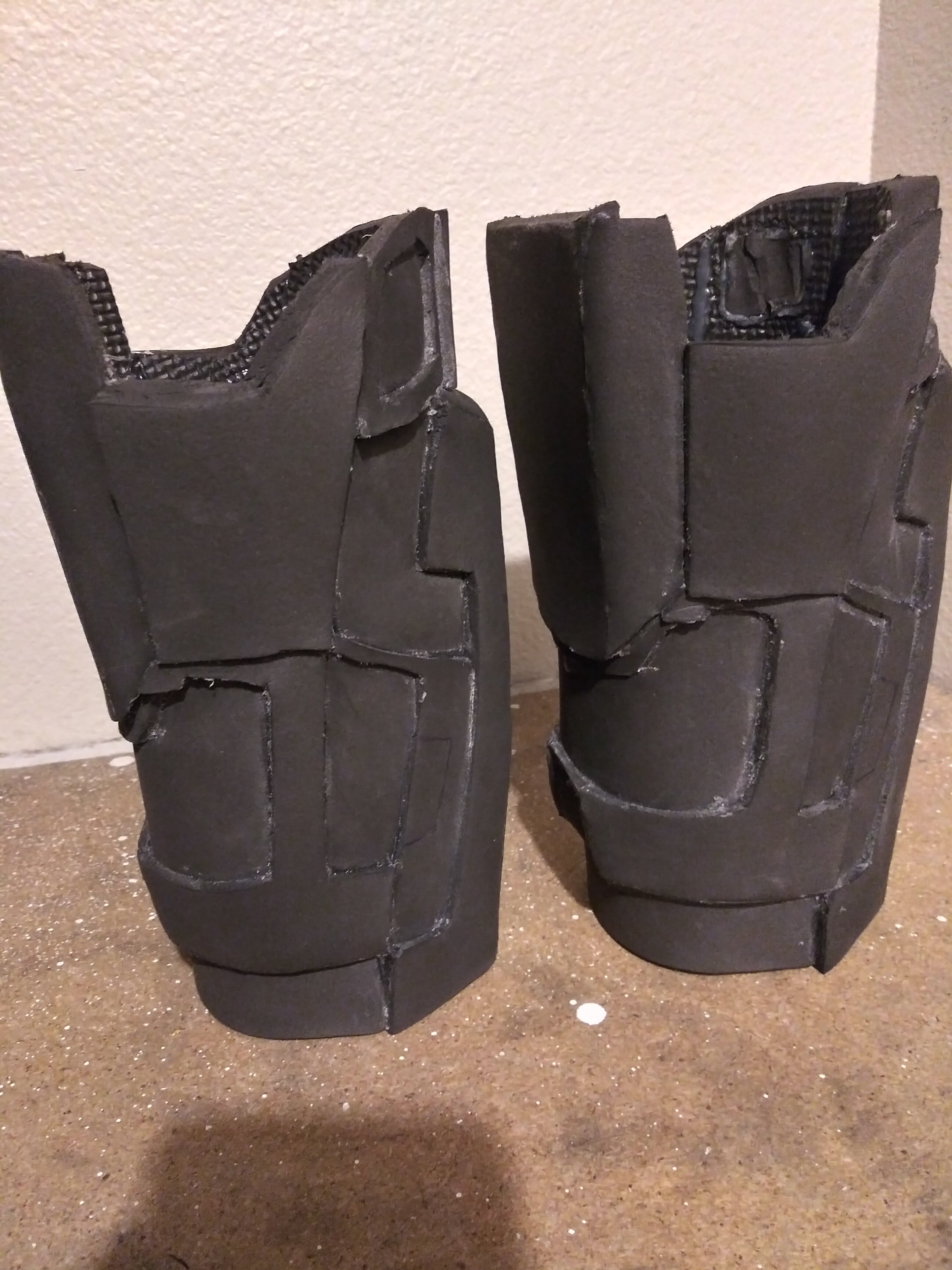 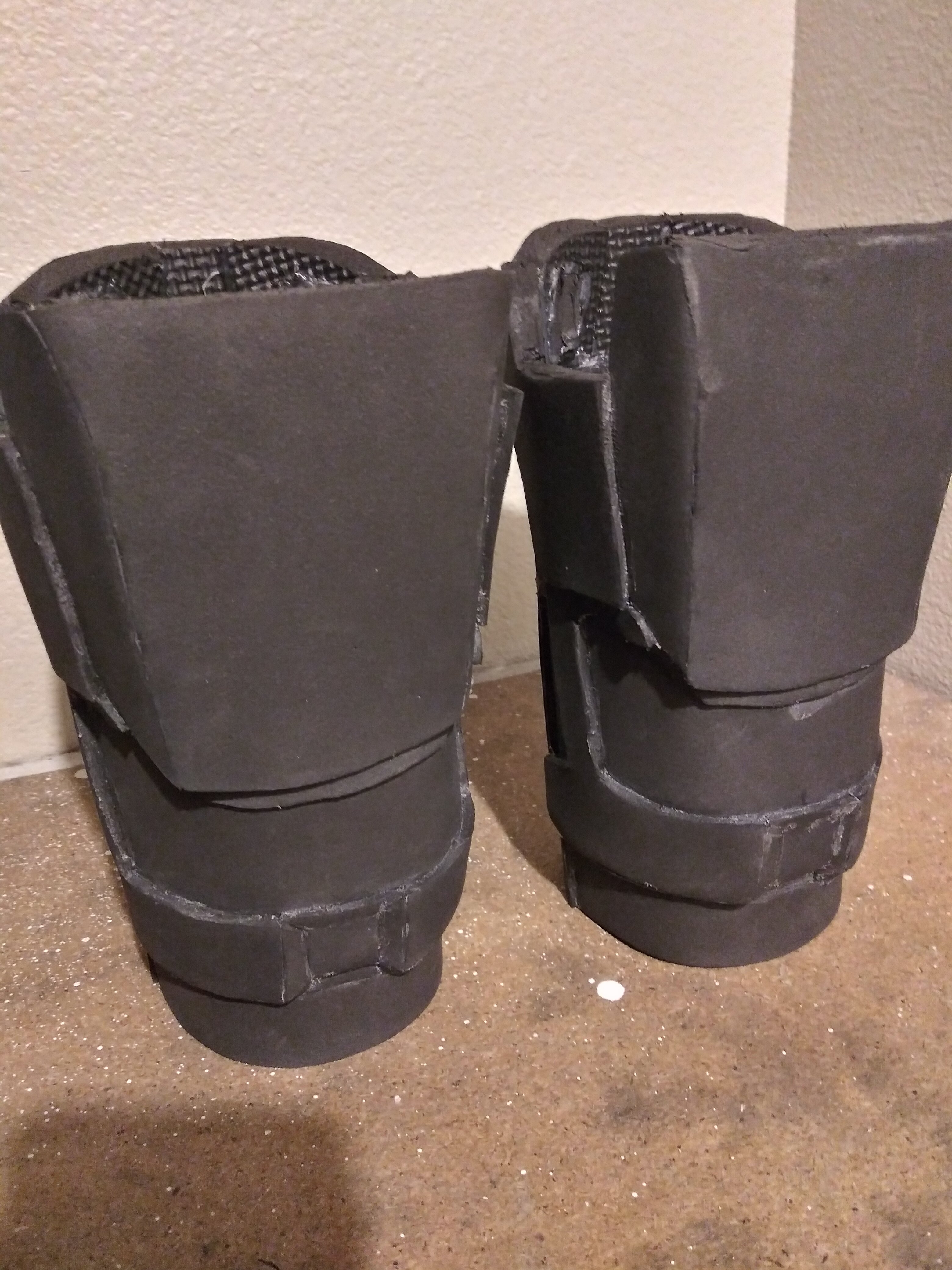 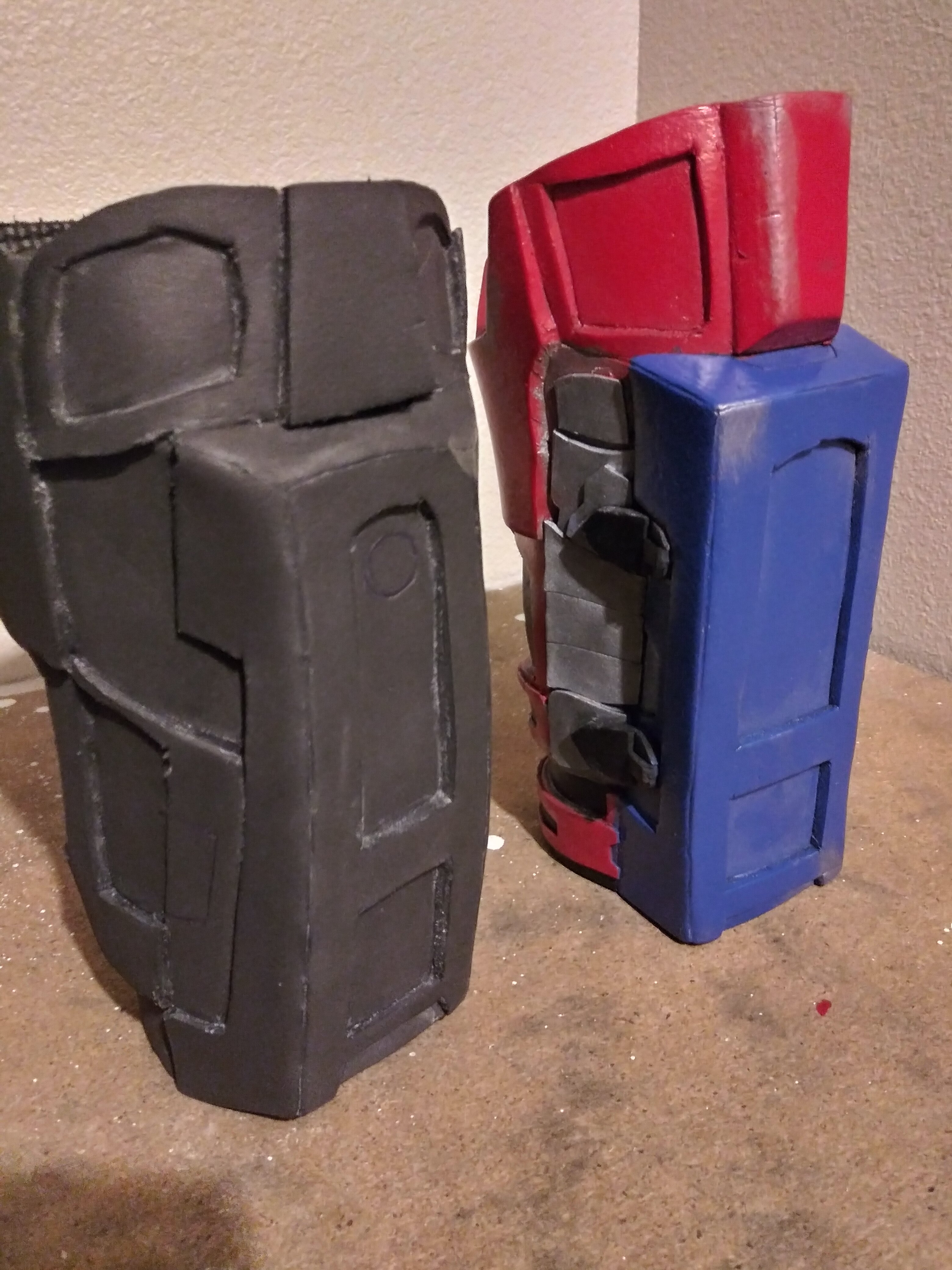 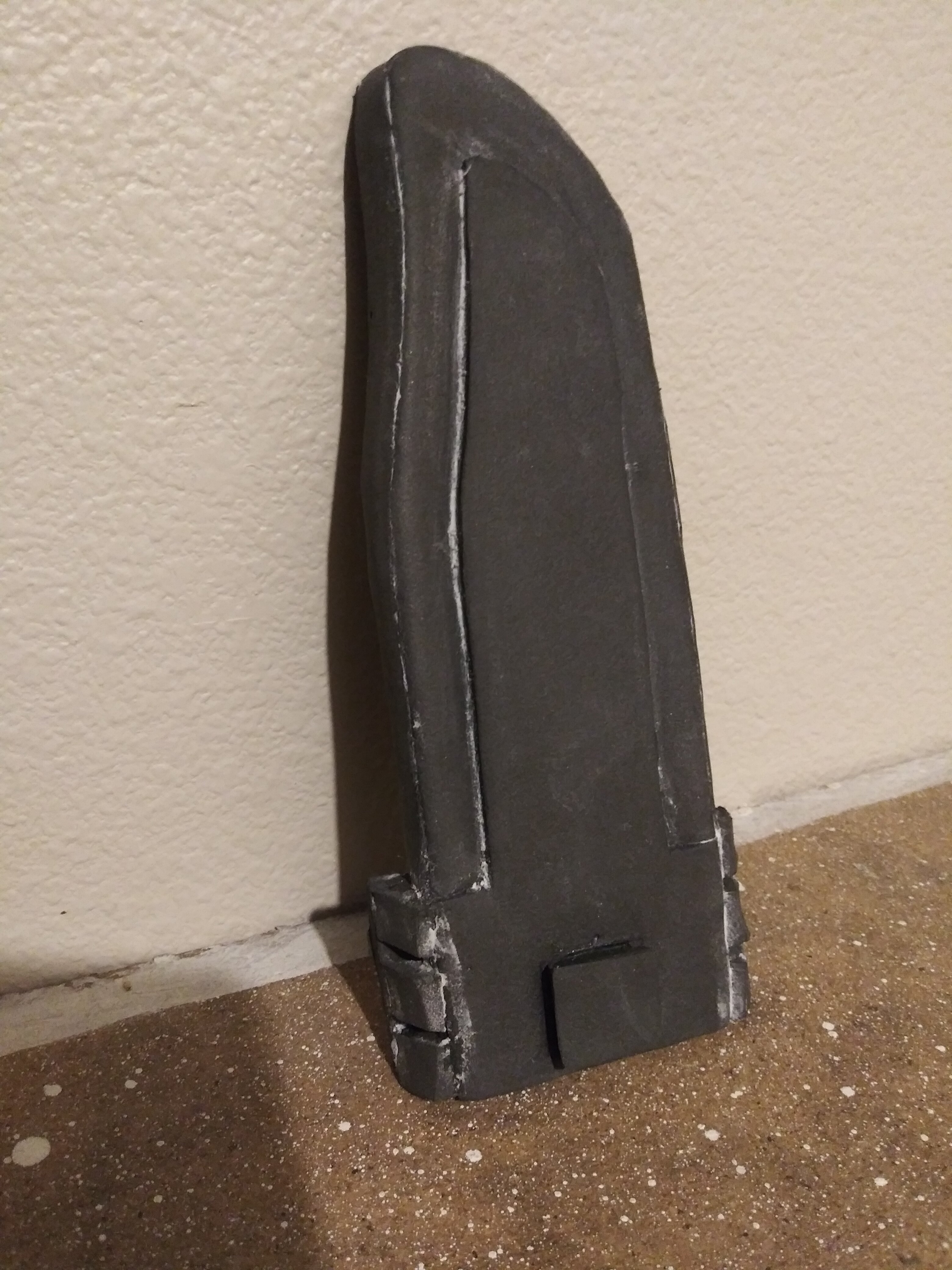 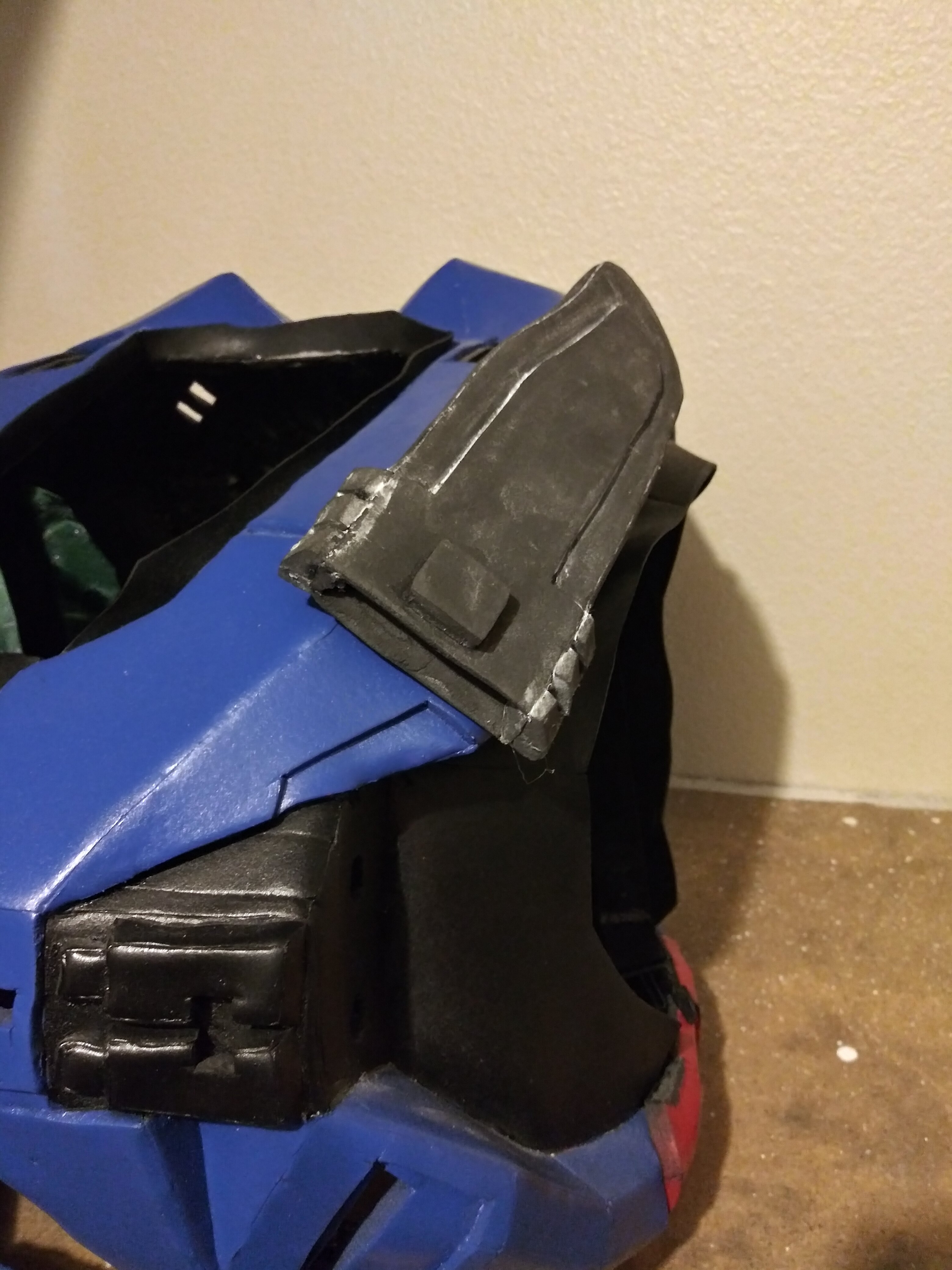 t Sheathe finally made, I put a buckle in the back of it and carved a hole in to the chest piece so it keeps it from moving around. The clip isn't too tight so I will be adding in another clip to ensure that its properly secured in place.
You must log in or register to reply here.
Share:
Facebook Twitter Reddit Pinterest Tumblr WhatsApp Email Link