Southern Regiment
So, ever since I was introduced to halo, (Circa 2007) i've been in love with ODSTs, and have built two in my time as a cosplayer. However, in both of those attempts, the one thing i've never been able to get quite right is the visor. For the first one, I used the DFT method of visor (cutting up a page protector and glueing it in place) and for the second attempt, i used some PETG sheets i got off amazon and used a heat gun and a vacuum forming buck to melt it in place. But, the second attempt didn't work quite as planned and came out bad. (shown below) 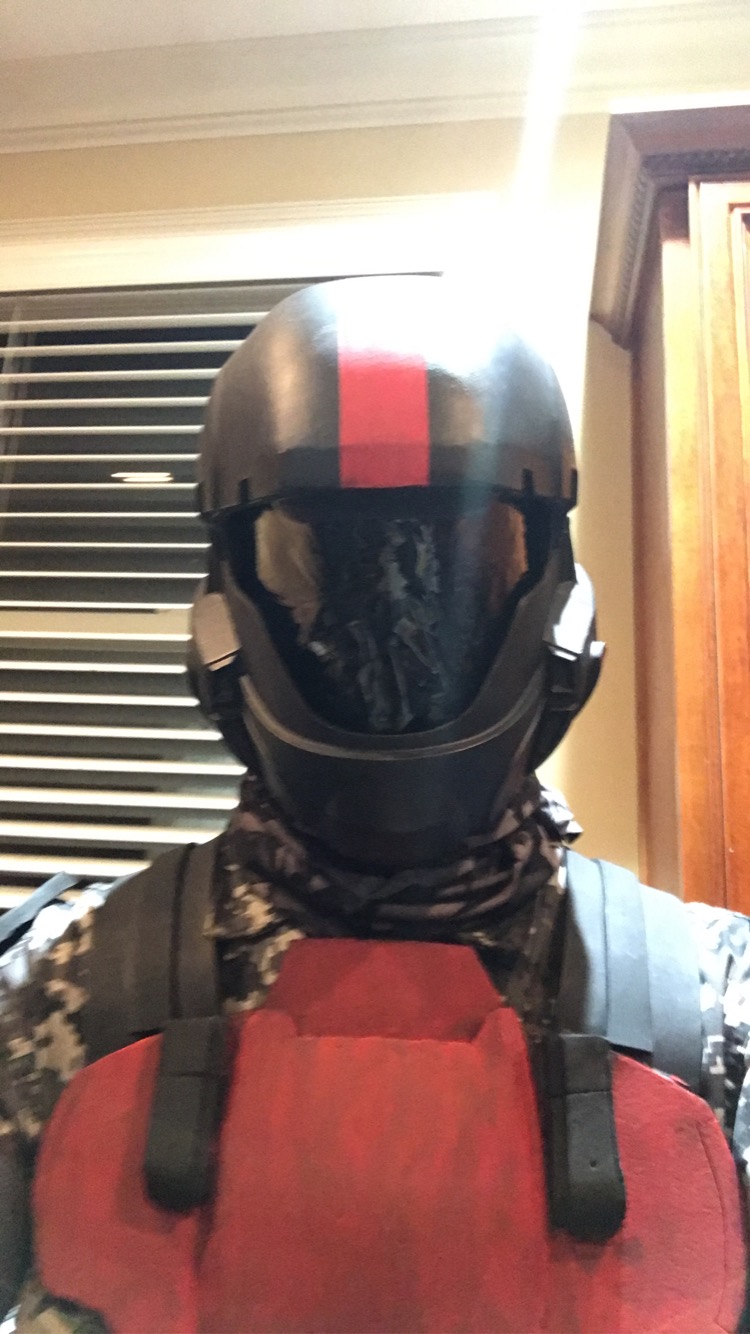 As you can see, it lacks the basic sort of structure and linear form that the normal ODST visors have.
so, my question to all of you fine and helpful people is does anyone know how to make a visor in a good, fairly cheap and effective way? and if not, does anyone have any suggestions on how i should go forward to get my visor game looking fantastic?

Extra note: I've looked into vacuum forming, and i still have no idea where to even begin to try and start making a vacuum former. So if anyone has pointers on that, it would be much appreciated.
Last edited: Nov 16, 2021