I'm new to using foam but I decided the best place to start would be with the ODST armor. I'm using Andrew DFT's patterns because they looked like an easy start for beginners.

I didn't get pictures of the bare chest piece, but at this point I had a protective coat as well as a layer of black acrylic over all visible spots. 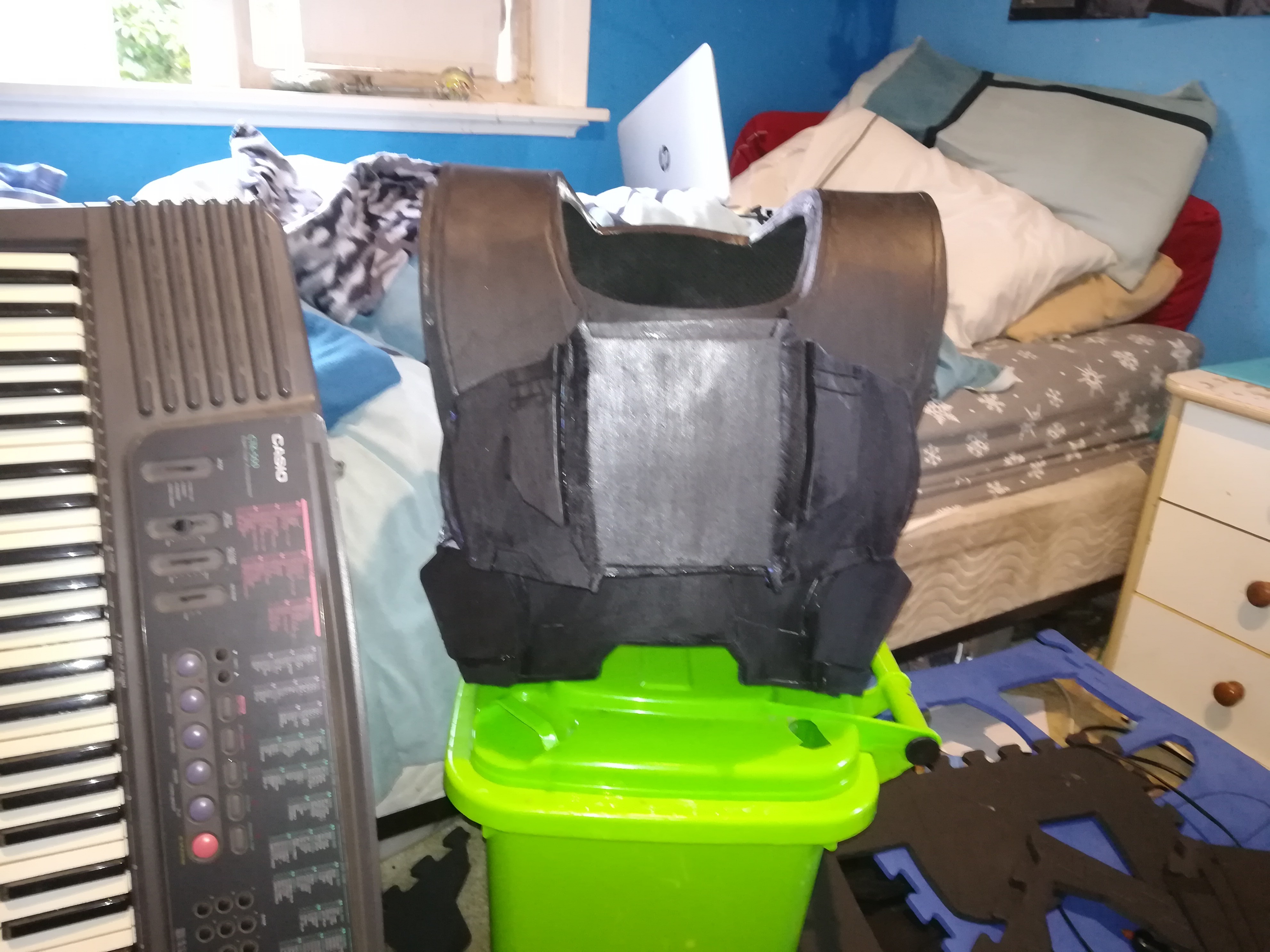 After some lighter shades of gray and weathering I hand painted the old UNSC logo on the centerpiece. I noticed when i took the photo that the text isnt as centered as I would have liked, but I'll fix it before its all done. 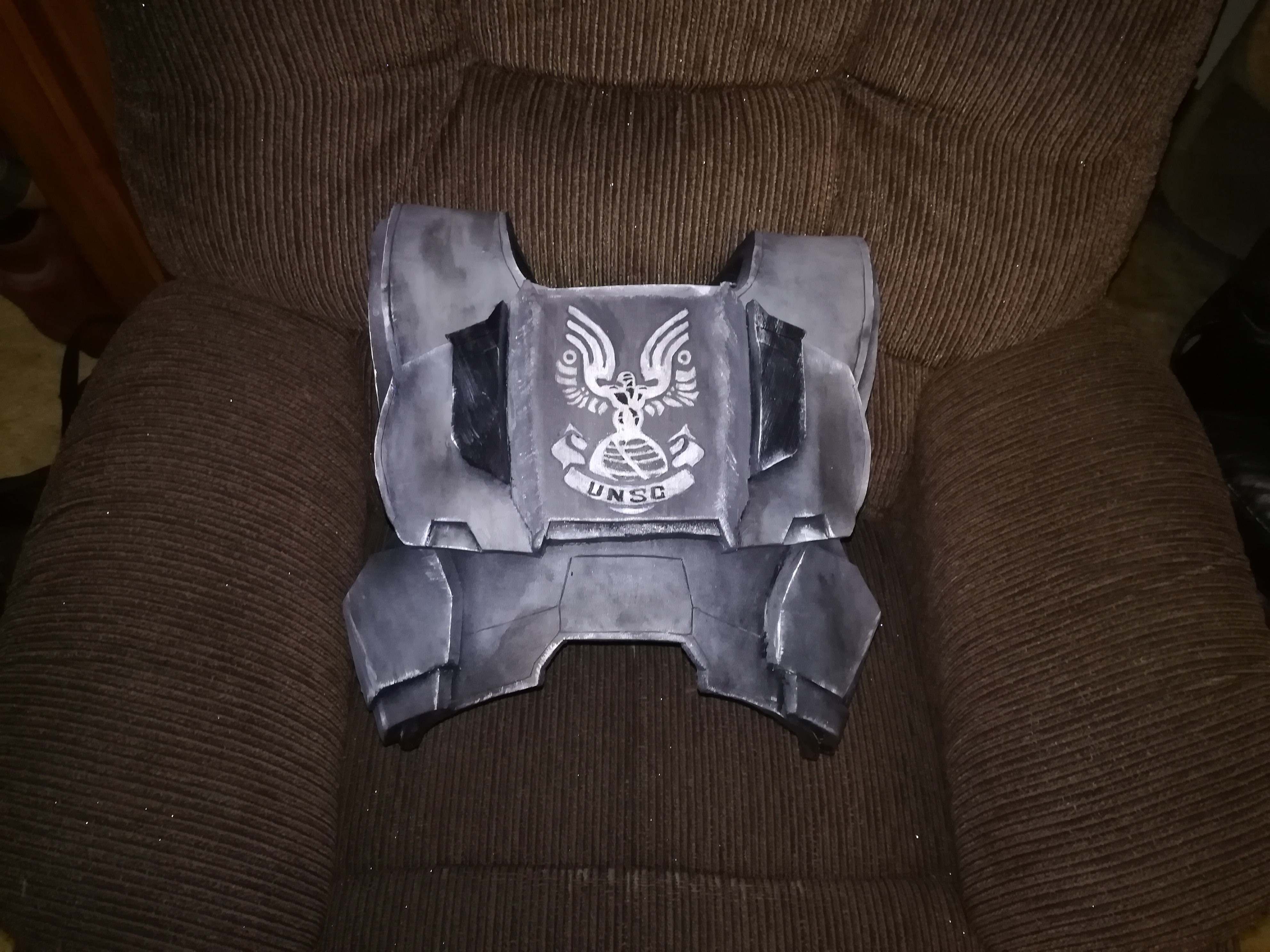 The shoulder pieces were a little more difficult to do because the middle piece wasn't sticking out as much as I'd liked, so i cut a little off each end and glued it into place in the gap between the two bigger parts to make sure it sticks out enough when it sits on the shoulder I glued a square over the middle piece on the inside. 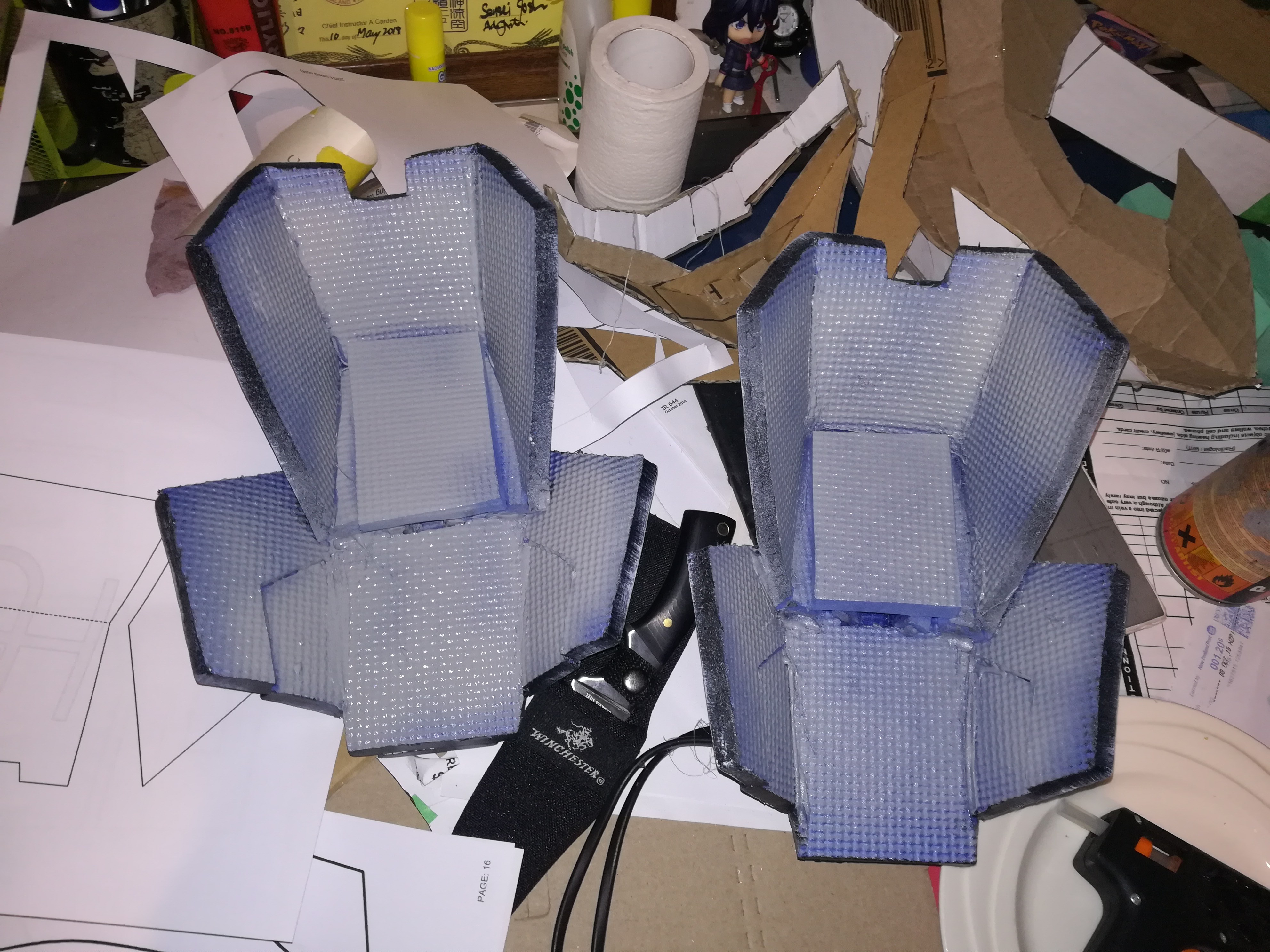 And after a little weathering on them 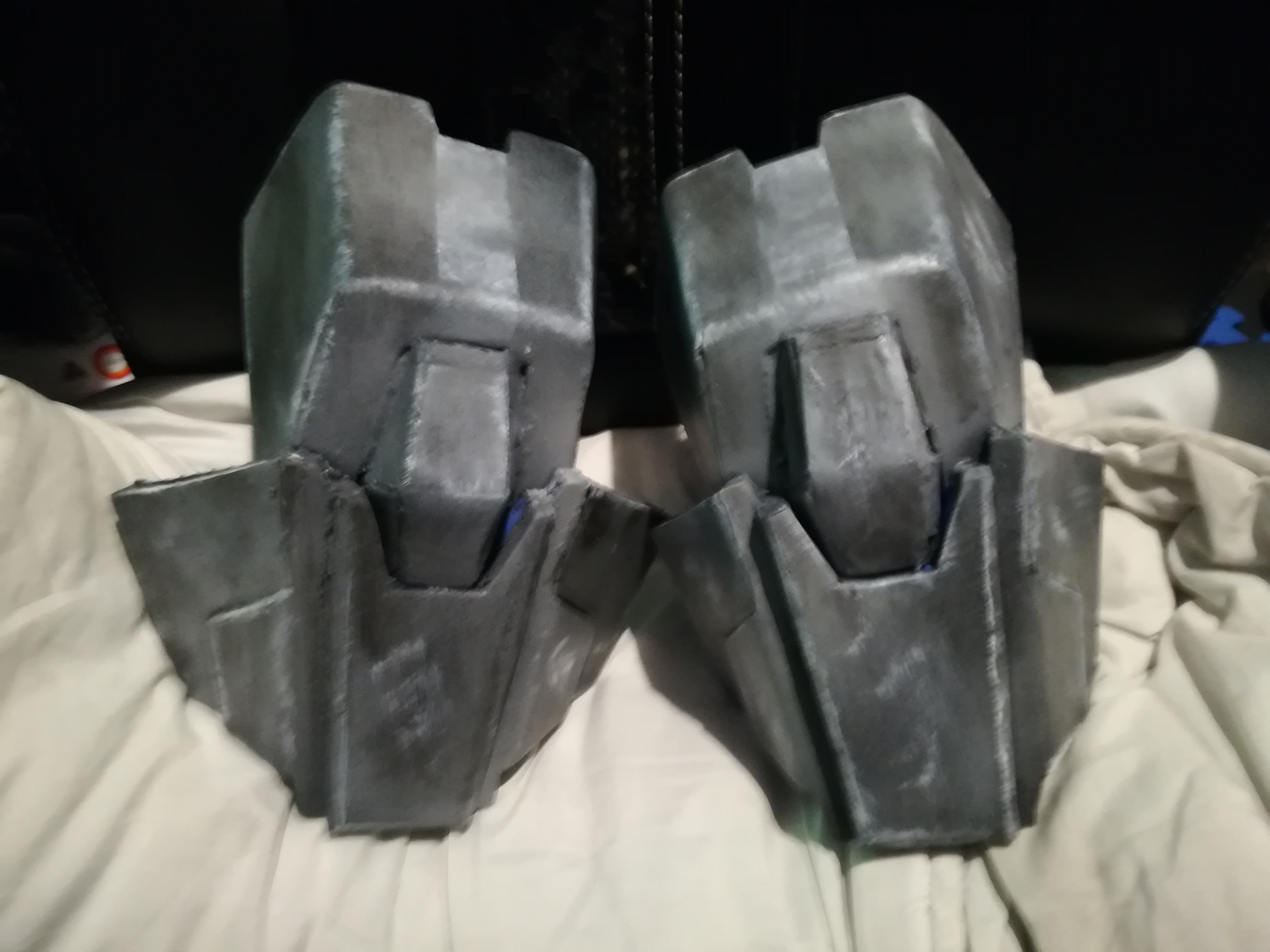 Last Piece I made to date was the Ab plate. it was by far the easiest. 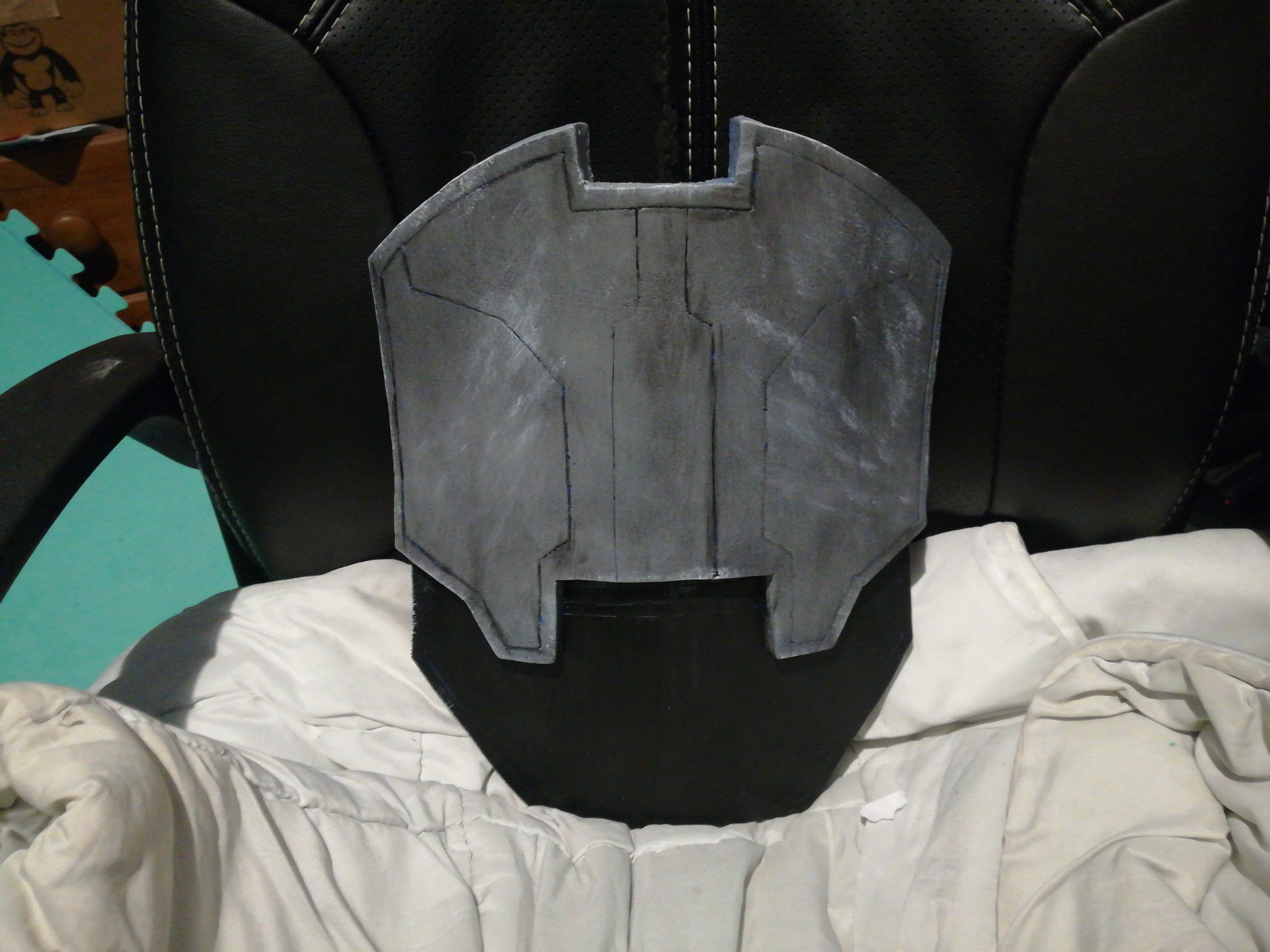 Bonus:
The first of the 3 Weapons I'm using for this set is the knife. I made it a week or so before i started on the armor, but the sheath I'm only just making. 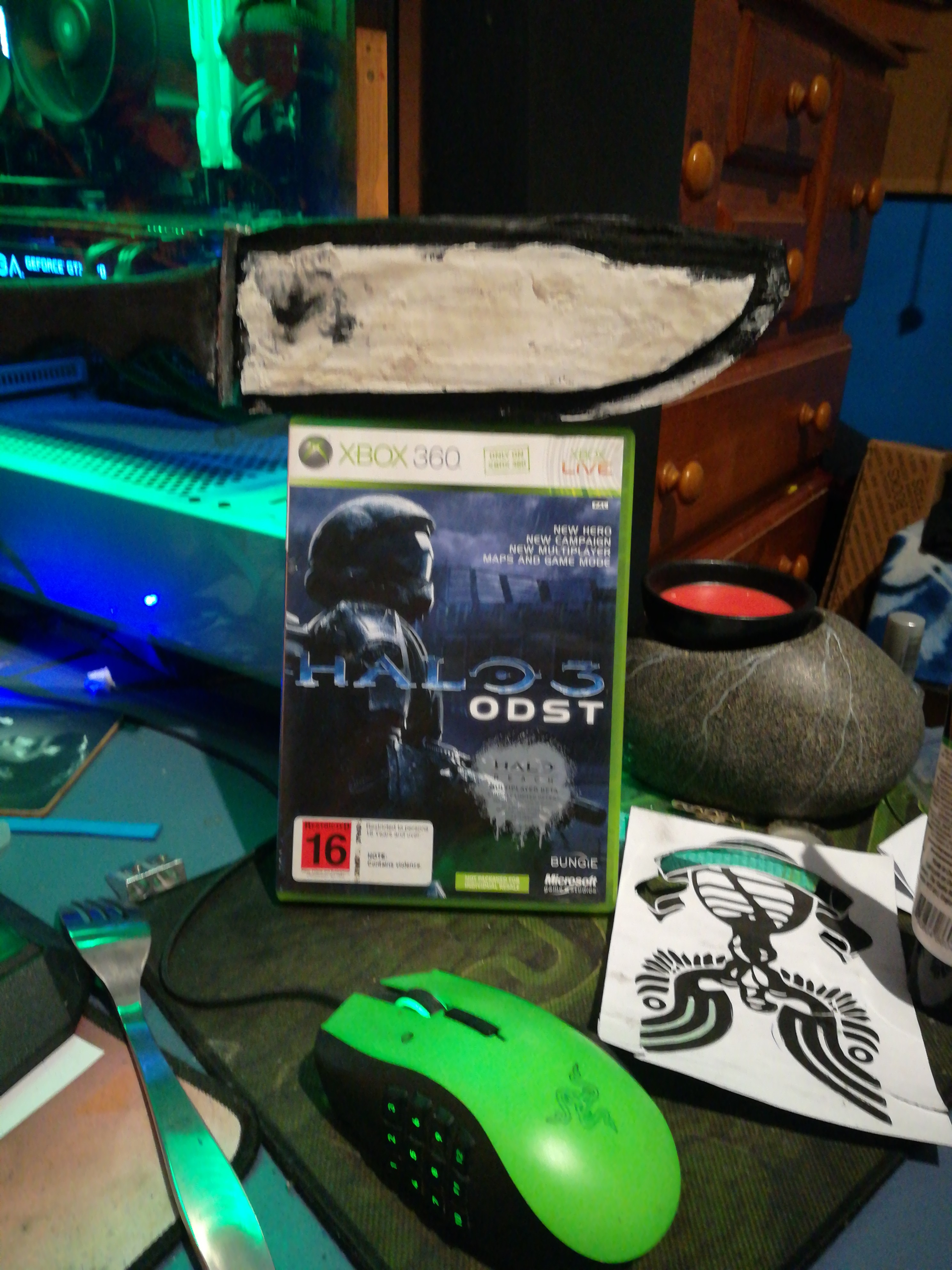 the knife is 16 layers of paper with a foam grip, and the sheath is cardboard. The grooves of the cardboard was showing when I painted it so I'm covering it with air dry clay before i sand and repaint.

That's it so far, next up is the forearms and legs. I'll be doing the helmet very last since it will probably take me the most time because of the visor. I'm still not sure how I want to do it quite yet