Hobbies Outside of Halo

What does everyone do with their free-time (if you have free-tme) outside of playing Halo? I'm in my school band - 1st Trombone - and I've taken up piano/keyboard as well. I usually am doing classwork, but I like to go play on my Wii and 360. I also prefer to juggle in my spare time, and most likely I'll just be on my cousch surfing on the computer. So what does every else do with their time? Anything?
O

well what i do in my free time out side of school is play my 360 or help around the house do homework and play/work on the computer other then that i do nothing.
C

odst_major_kurt said:
well what i do in my free time out side of school is play my 360 or help around the house do homework and play/work on the computer other then that i do nothing.
Click to expand...

I tool with a lot of electronic and pneumatic work.

I do a lot of film and photography work. My photography work is mostly centered around diorama building and stop motion animation. I also use it to do 3d storyboarding. My film work is a bit more eclectic. I've made short films, documentaries and tv shows. I work off of 2 canon xha1s. Years before I was using the gl2.

I like to dabble in home repair, I've redone 4 rooms in my house, one of which was a bathroom with a new shower.
I've also done some landscaping outside, which included leveling out some land onthe corner of my lot and making a huge patio/garden retreat. Great for going out and having a beer on.

I'm trying to get into cars too, never really done too much. The biggest thing I've done is help a friend do a transmission swap. This might be something I'd like to go back to school for eventually when the time is right.
If I did i'd like to be Honda or Toyota certified.

If it involves tinkering I probably like it. I'm up for most thing.

i have entirely too many hobbies.

for starters, i modify cars. im a honda fanatic, and wont own anything else (even though my first car was a VW beetle). ive modified toyotas and nissans too, but for friends. heres a few of my past rides:

90 civic hatchback (wrecked 5 times, none my fault. engine and suspension went on the next civic)

aside from cars, im heavily into underground hip-hop. im talking about the real stuff, the 4 elements (rhymin, scratchin, breakin, and sprayin). the stuff you dont see on TV. a bunch of my friends are DJs, my best friend Billy (in the pictures of me wearing Mjolnir) is the reigning freestyle rap champion in New Orleans. I break dance and spray graff (not much illegally anymore, im getting too old for all of that )

Billy and I rhymin at a local bar

i painted this at Bonnaroo 2007. showing my love for my city.

i also play hand percussion in a jam band called The Chalmation Army. heres my set 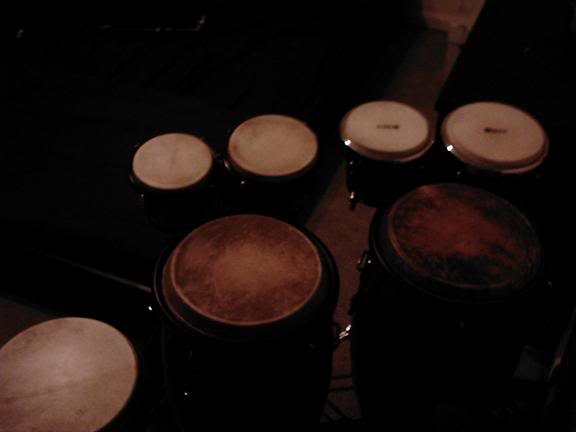 ive got a bit of a tarzan syndrome as well. every year i "get lost" in the wilderness and spend a weekend living off of the land. ive swam a mile to Deer Island off the coast of mississippi for 4 summers, and spent 2-4 days on it. ive also hiked a lot of strange places in the southern US, as well as jumped off of nearly every bridge in my area.

here i am on Deer Island, after the swim. 3 friends made the trip with me, and we only brought what we could put in small backpacks for the swim. 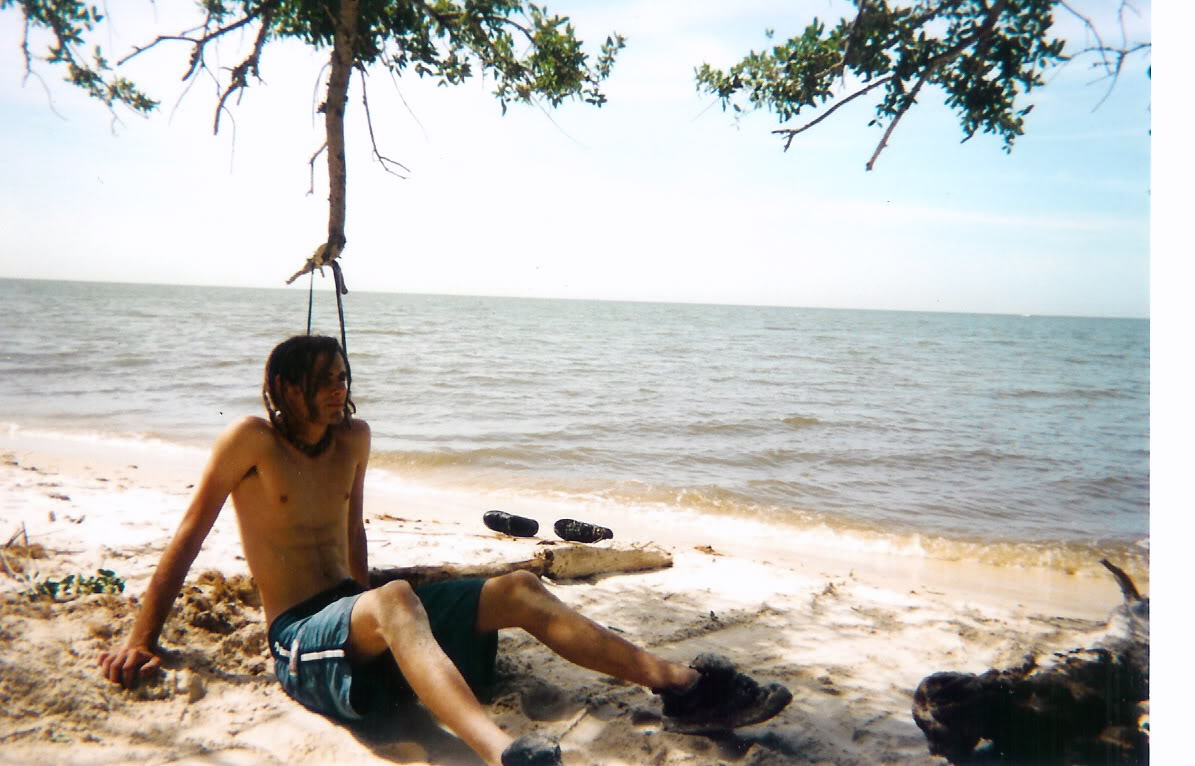 ive got many more things i could say, but ill leave it at this.
D

I like to do some 3d Modeling every other day, have some random projects that I work on and off on. Also like to just bike around the roads, going nowhere is particular, just going wherever my bike leads me . Like to play Wii and am starting to work out, gotta loose a bit of weight . Also, love taking things apart and learning how they tick, have fixed my laptop (hardware issue), modded my xbox (chipped, leds, LCD screen built in), and built my own circut for shooting pistols fairly fast in Halo 2 (yeah yeah I know) .

Always like to hang out with friends and have LAN partys every other weekend too.

I do PC repairing on the side.

And I hang out with my g/f. Which I shouldn't really consider a hobbie she would probably get mad lol.

Oh and I also bartend for parties.

My main hobby is my cars. I have an 06 Mitsubishi Evo MR and a 65 Rambler that take up alot of my time. I am big into r/c cars also. I just got an HPI baja and it's awesome. I'm a full time college student and work part time, so my schedule tends to be pretty busy.
G

I am in my schools drama club and other than that i play wii,360,DS, and way too many other things to add. I also like to write and read, work on computers. I am kinda a nerd all around.

Besides working. I'm my whole family's IT Help Desk/Workstation Support tech on-call 24/7. Restoring my 68 custom coupe. Driving my 00 GT fast? Ah yes, short films and video editing. Am I forgetting something?......Ah yes, my fiance, Emily. Helping her through LPN school and with her photography. What doesn't suck about getting into a $20 per ticket airshow for free (did I mention it included hanger access?)
Z

Between my Girlfriend...Work and my Son what little freetime I do have is spent playing Halo lol

video games, house work, werk on my labor intensive truck, paintball, 3d modeling, sleep, and i werk at lowes all on top of going to school

The Happy Side of Social Isolation

The Happy Side of Social Isolation