Pacific Regiment
405th Regiment Officer
Have you ever wanted to heal yourself with immeasurable speed? Maybe to fill your lungs up with foam? Well, you've come to the wrong place, because I can show you how to do neither. What I can do, is show you how I made a biofoam canister from ODST. I really strongly recommend that you check out these files, Skookum Props on Etsy sells them. Support his work! Without further ado, here's my foam can! 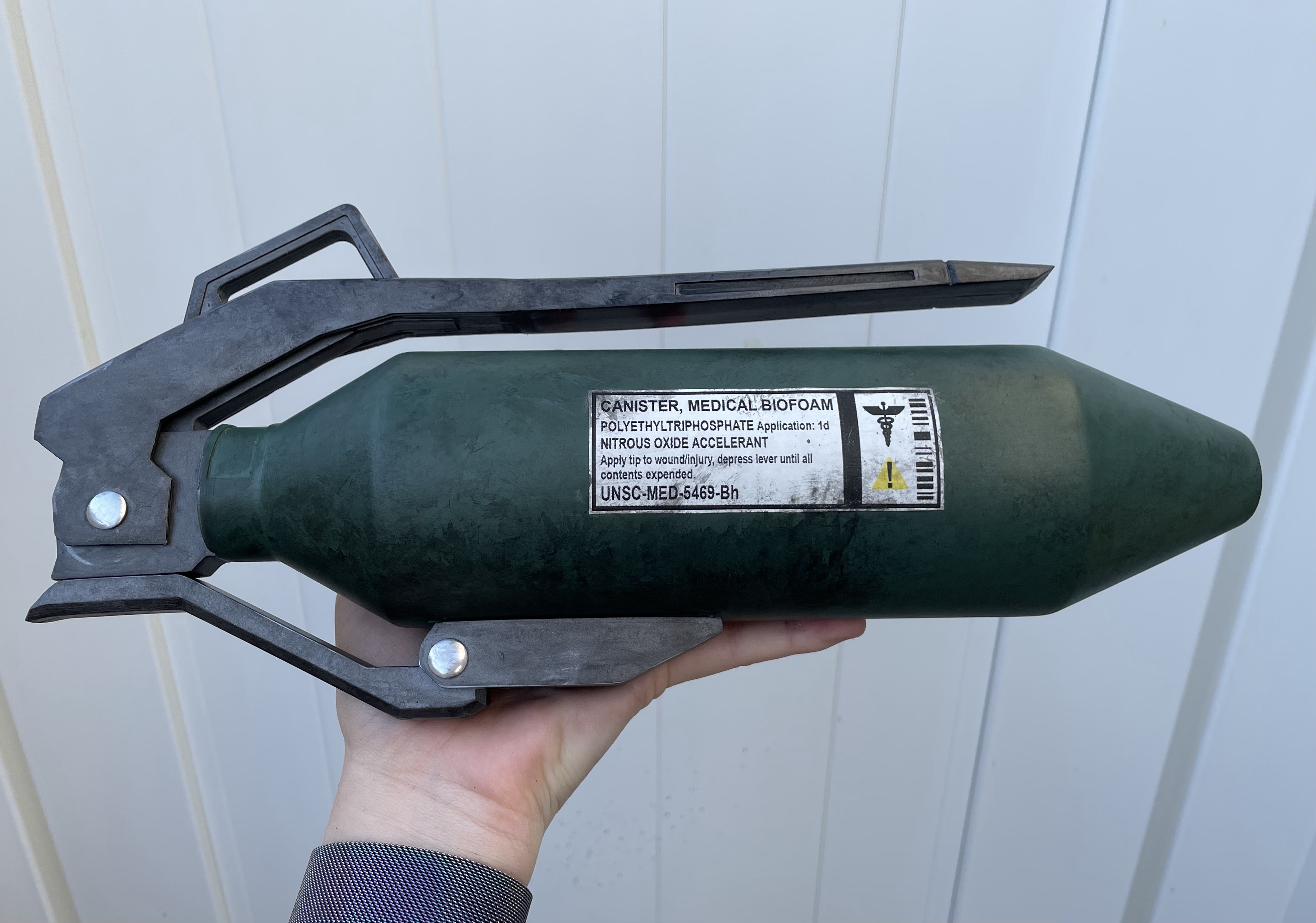 I came across these files on the discord, as TurboCharizard so graciously sent them my way as a fun project between armor pieces. This was a pretty entertaining and fast weekend project that didn't cost much, was easy to complete, and looks great on my wall of Halo artifacts. As with any project, a vast amount of reference pictures are necessary to give the cosplayer as much info about the project as possible. However, I only had what was sent to me in the build pack, and what I could screenshot from the cutscenes! 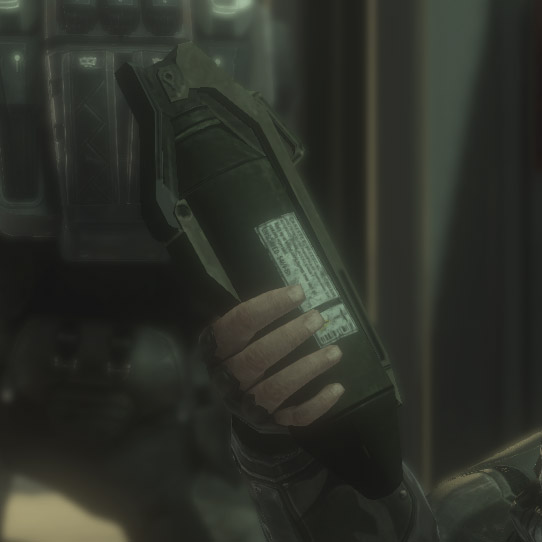 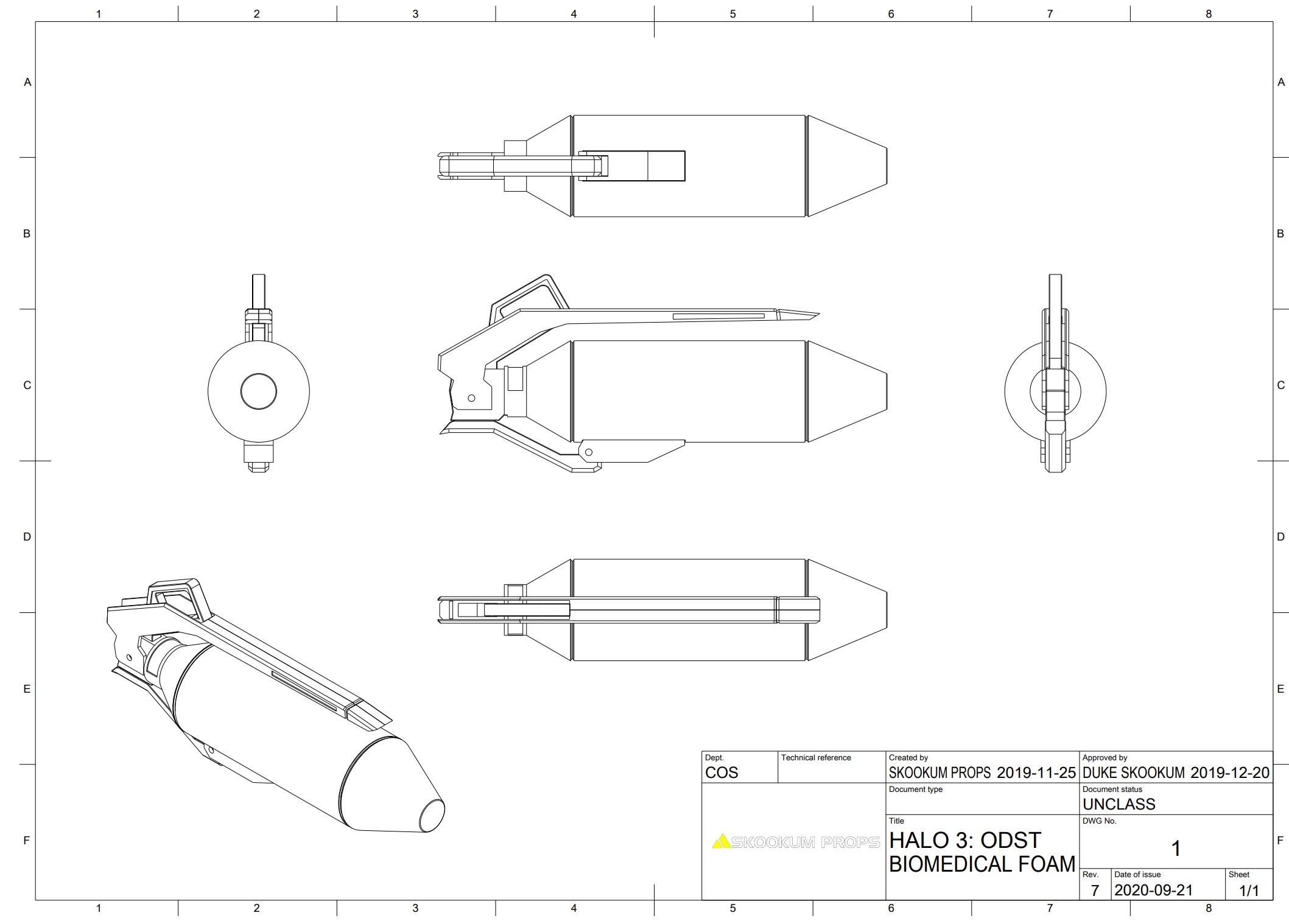 So with that, I started the printing process!

I decided to create a build log for this project. I used a build log because it:
This is what it looks like! Yours could look different. I also added a picture of all the parts printed. I have an Ender 3 Pro. 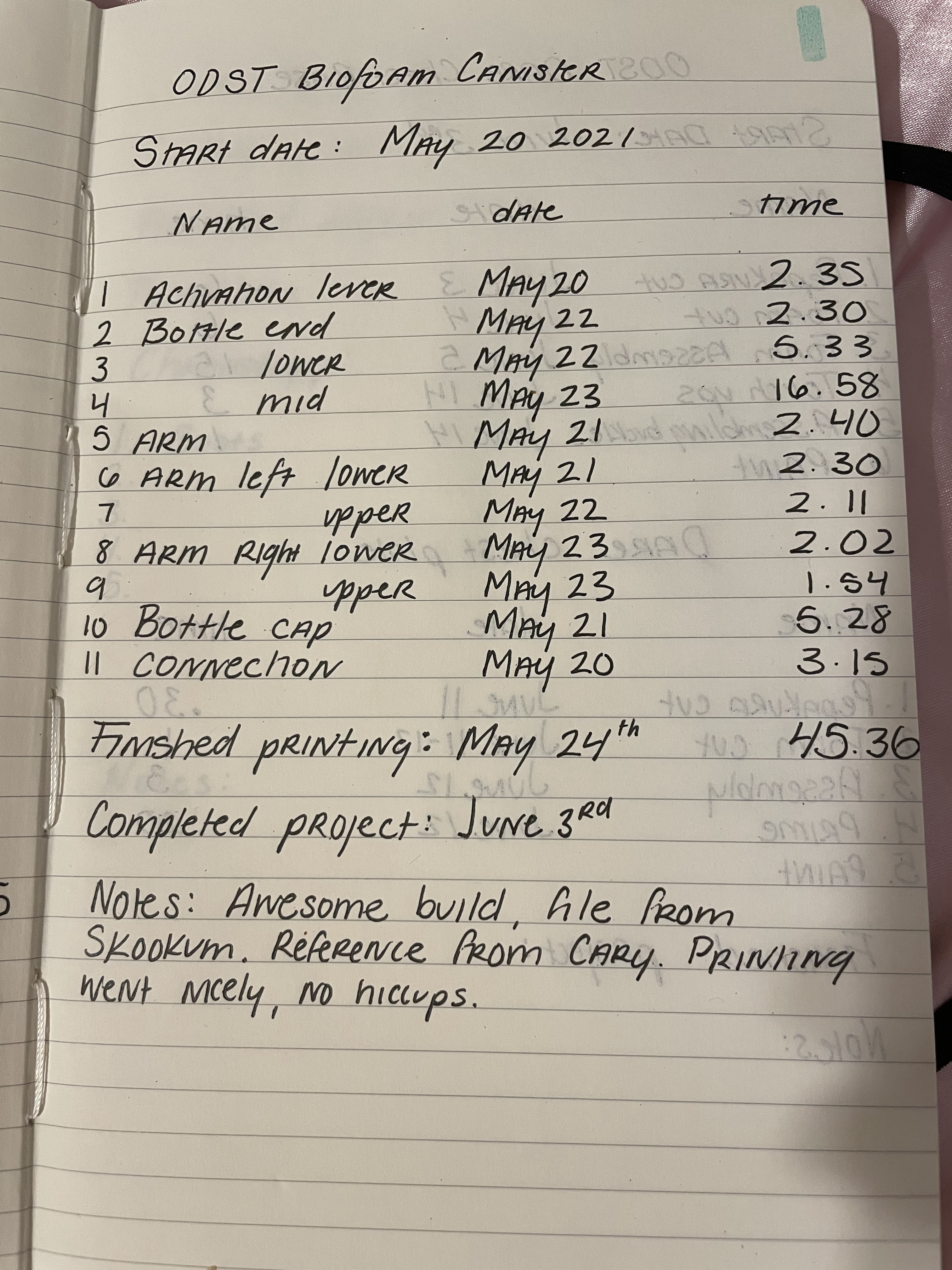 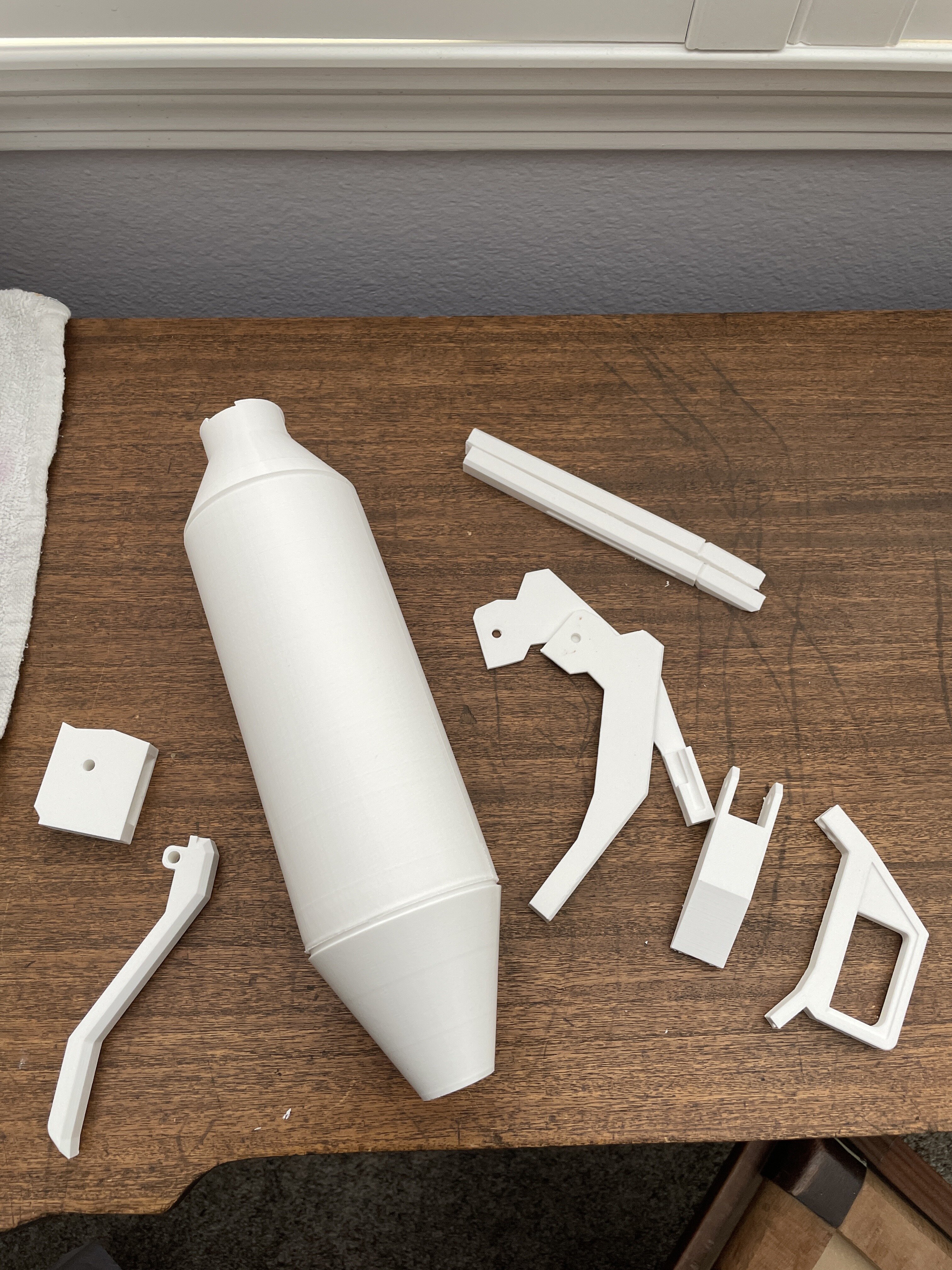 The "time" column represents how long each print took. It doesn't count the 15 hours of sanding and painting! I also had to acquire hardware, paint, sticker paper, and construct additional pylons.

Priming and Painting and Hardware, Oh My!

Unfortunately, because I am forgetful when I'm motivated, I didn't take any pictures of the priming / sanding process. However, I'll describe what happened.
After all that, I used Krylon Fusion All In One in Matte Spanish Moss (although I hate paint / primers, this was a good color). All of the hardware I needed was listed in the build pack, and I had no problem asking the old dude at Ace Hardware for help finding Chicago screws.

Pro tip: Use Loctite for screws that have a male / female end so they don't come undone at an inopportune time. It'll be hard to undo, so be sure you want to use it! 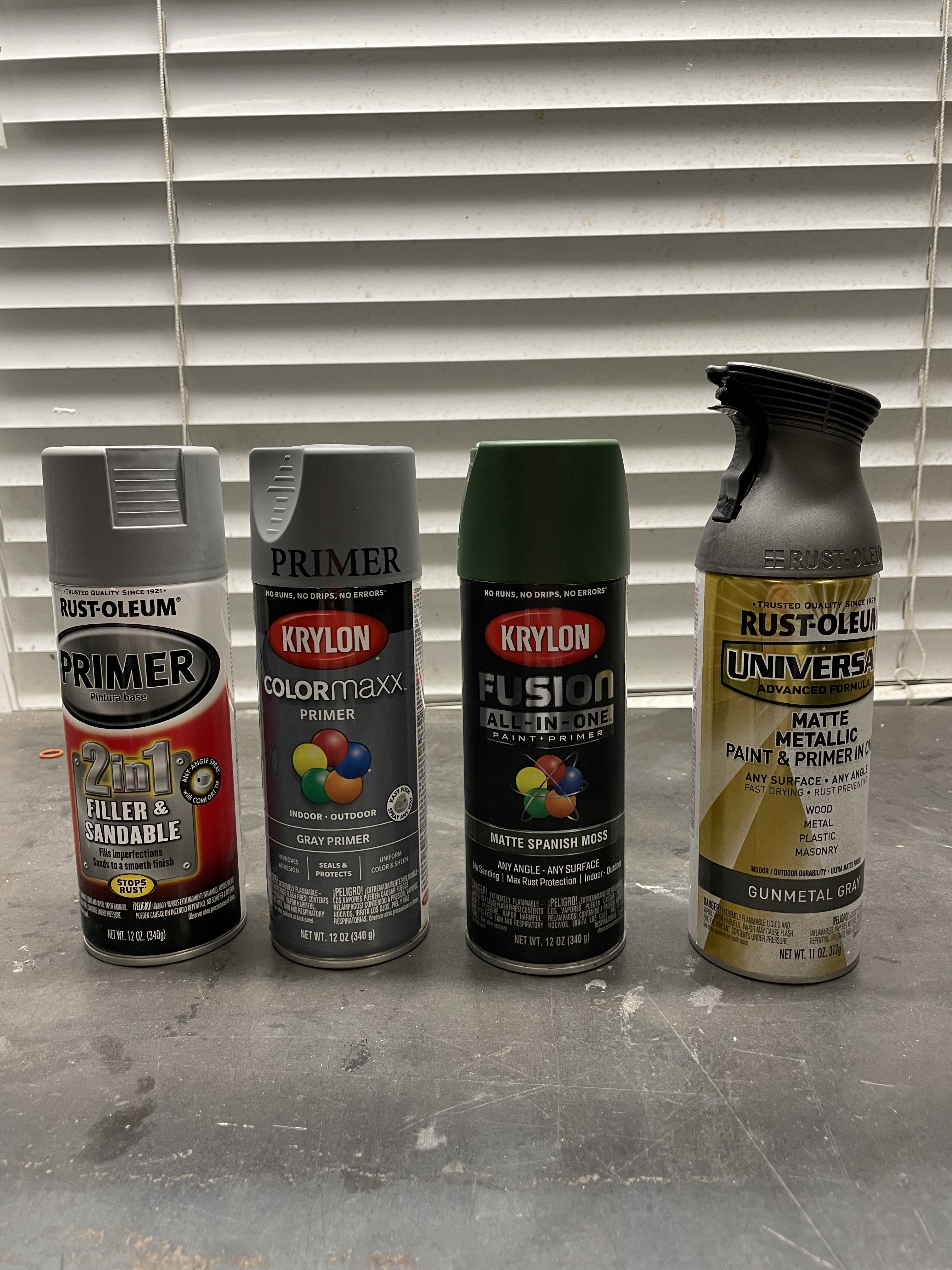 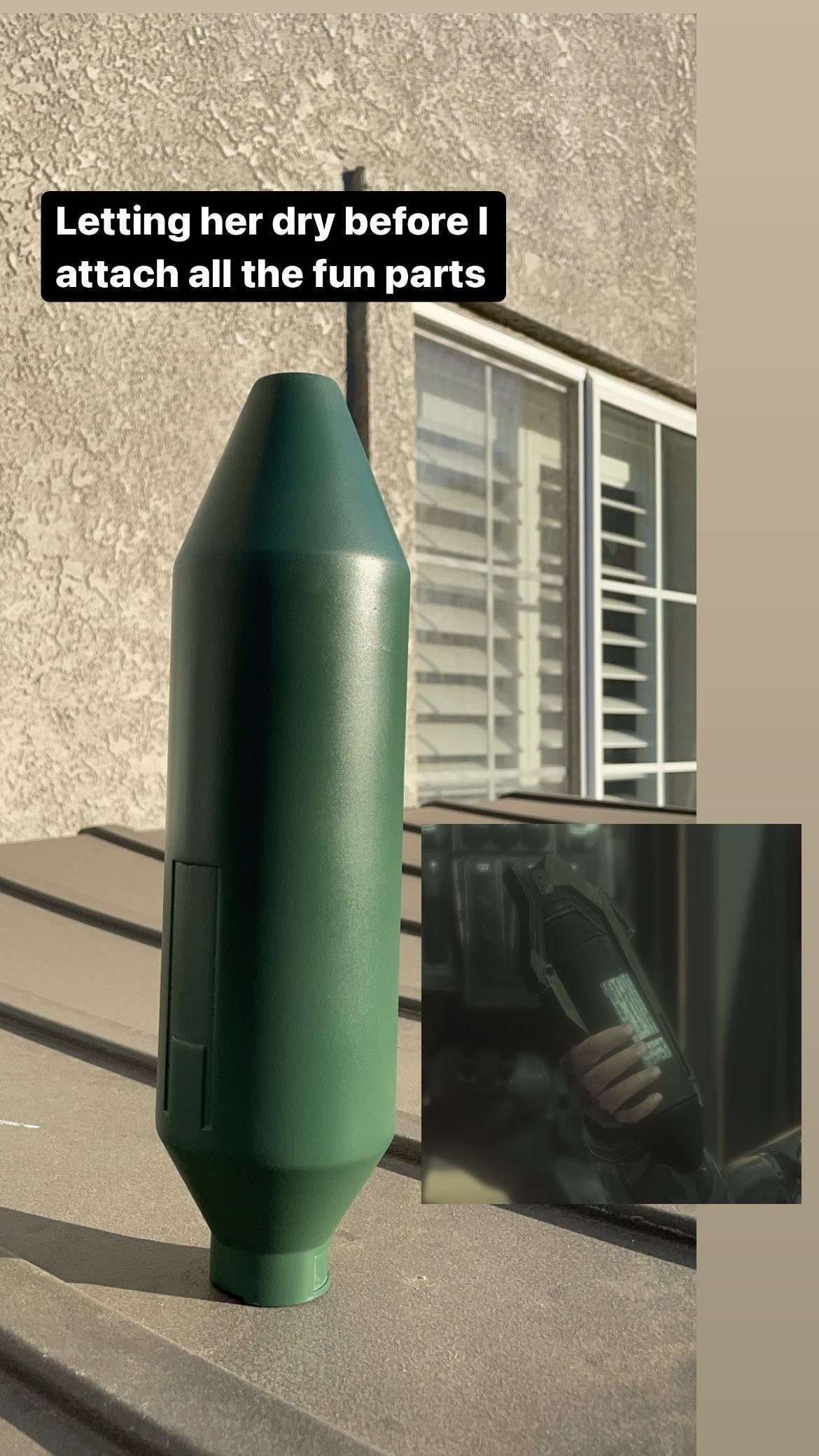 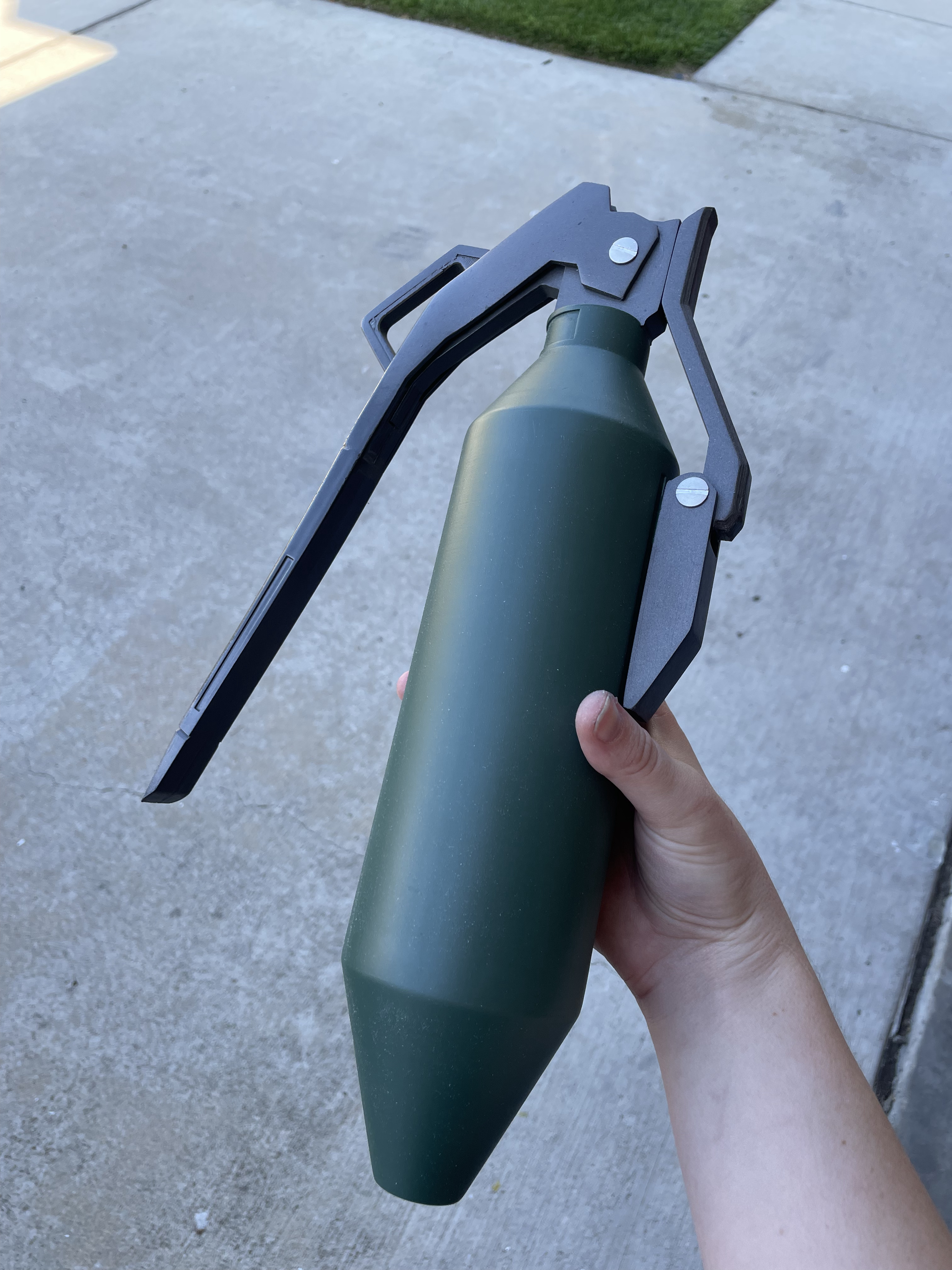 First picture from left to right: Rustoleum 2 in 1 Filler & Sandable Primer, Krylon Colormaxx Primer in Gray, Krylon Fusion All In One Paint and Primer in Matte Spanish Moss, and Rustoleum Matte Metallic Paint and Primer in Gunmetal Gray
Second- I know it looks very saturated, but this is probably close to what it would look like in natural non-gloomy ODST light.
Third picture - Here I added the other parts, I painted those separately.

After painting and adding hardware, I added the sticker with superglue and then did light "weathering" with Liquitex acrylic paint in black. I blackwashed until I thought it looked grimy, but not weathered. This is an unused canister after all! It has no reason to be weathered, but I'm sure it was dropped or covered in something along the way.

Finally, after that, I had my very own biofoam canister. Not too shappy for 60 hours, and I'm sure it'll fit in Dare's backpack. I wish I had more progress pictures, but sometimes I craft more than I think about capturing progress pics. I hope you guys like it! 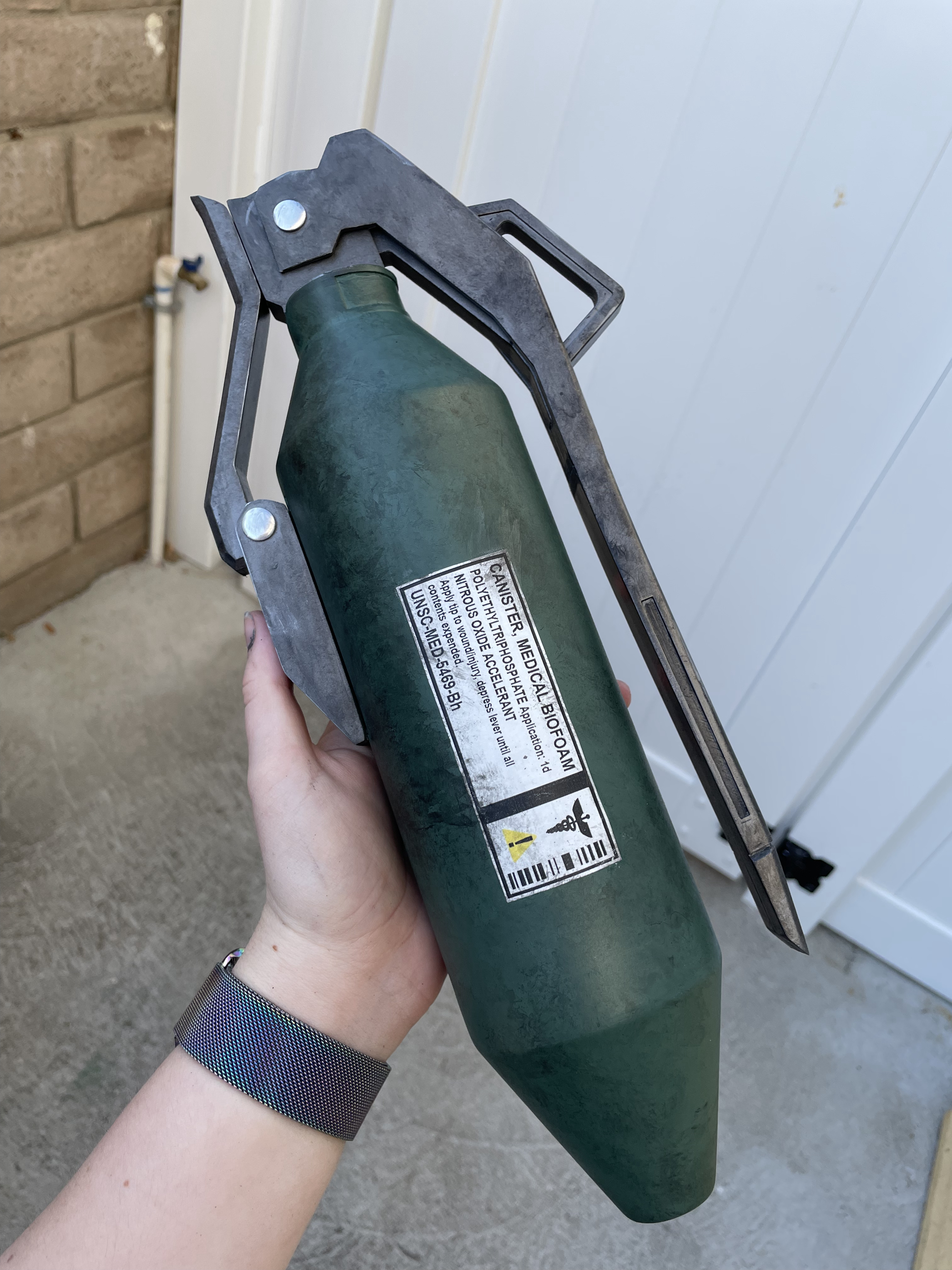 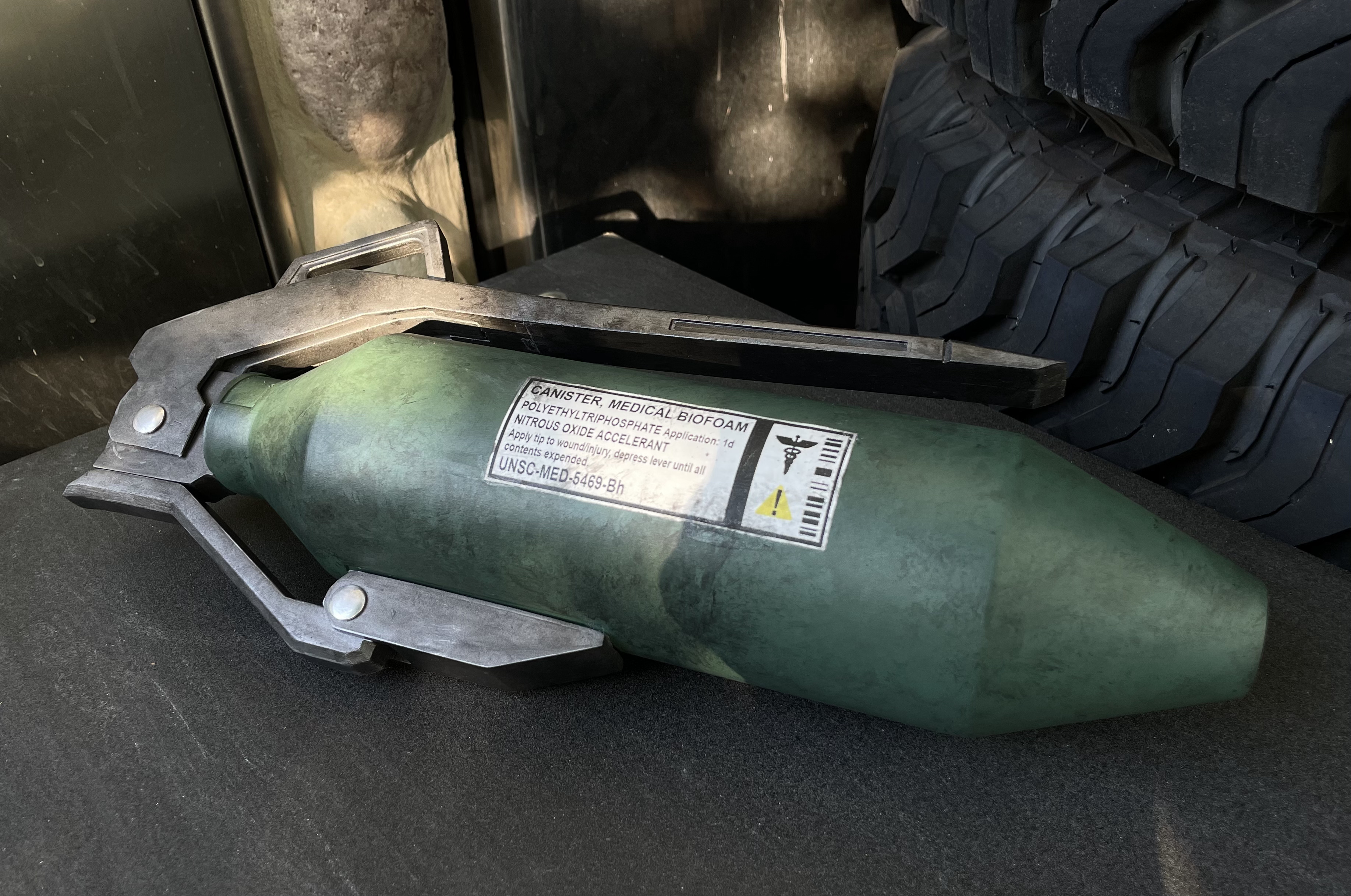 Now I need a person to try it out on.

I love it! Biofoam containers aren't super complicated but they add so much character to the suits!

Rock Lobbster said:
I love it! Biofoam containers aren't super complicated but they add so much character to the suits!
Click to expand...

Thank you! It’ll be a nice addition, and hopefully I can fit it in Dare’s backpack! It was really fun to make and it’s a good prop for photo shoots.