So before I started my ODST build that has kind of stagnated with all the stuff going on, more details about that in my ODST build post. I got into LARPing. (Live Action Role Play) In fact, I have participated in 5 different LARPs, 2 of which are full immersion 3 long day events. So I figured I'd post some of my LARP photos, since they are where I got my real start into cosplay. And since my weird plan is to more or less role play when ever I am in my suit, whenever its done. So I figured I'd make a post about some of my characters. Mostly because I've been out of that loop for a while I've been finding it hard to get into character. And I think getting to talk about them and even talk as them might be a fun challenge.

I'm only really going to go over Amtgard and Twin Mask.

1. Amtgard
So Amtgard is mainly a combat sport LARP. Think D&D but irl. Players have classes with spells/skills. But it lacks story for the most part. Its just like jumping into a game of Halo in matchmaking. Play the game, kill the other team, score some points, win or lose. But man is it fun. In amtgard I am known as "Lord Kazick of House Fairwind, House Continuance, House of the Gaming Dragon, Property of Fabio, Man at Arms to Dread Lord Blud Skulbiter, Paragon Warrior in the Duchy of Terra de Votum in the kingdom of the Desert Winds." Things like Paragon Warrior and my lordship are titles that can be earned by any player. But since Amtgard is lacking any story, we don't really play characters, more so caricatures of our selves. So back story and plot aren't that important. Now Amtgard is a hard hitting foam game, none of that lightest touch stuff. I am going to swing as fast and hard, within reason, at you as I can. As you can see here: 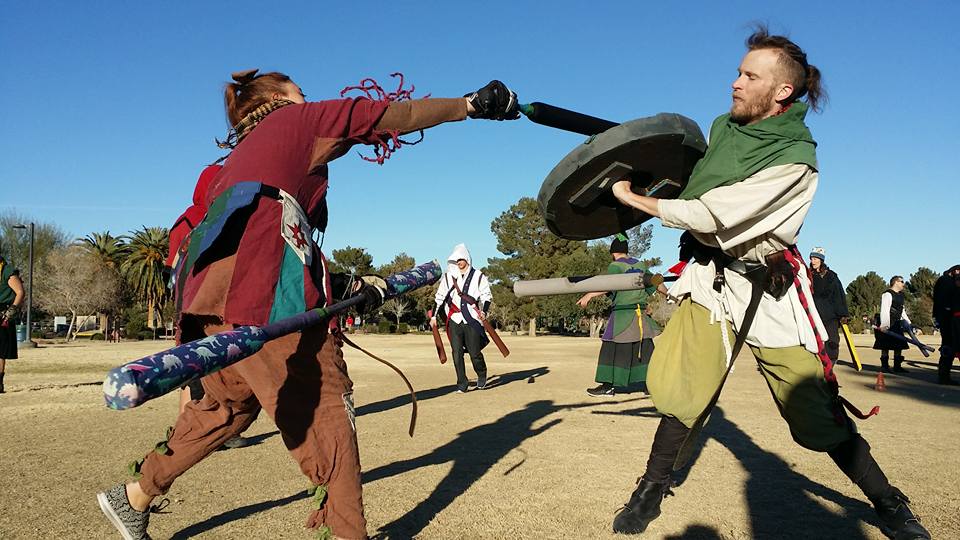 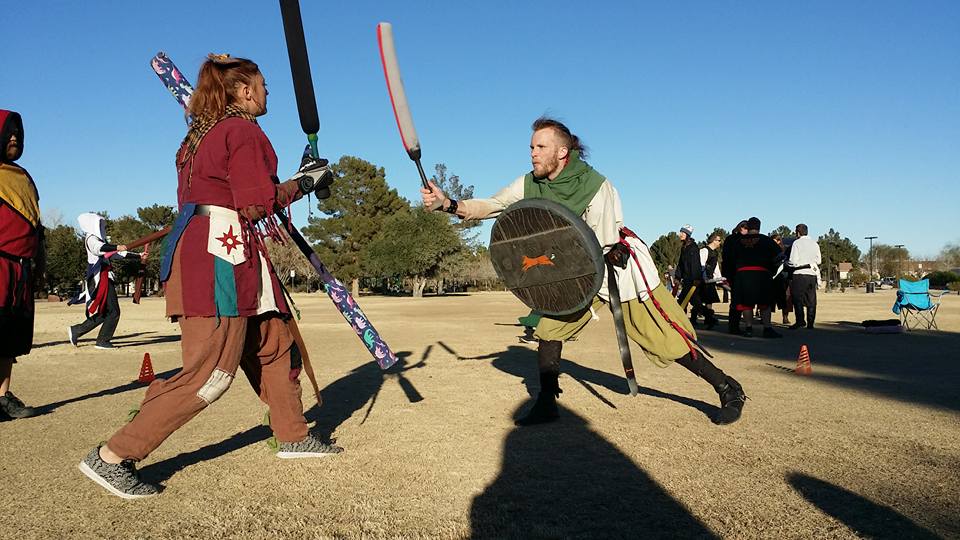 Its me, in the green and white. During a open 1v1 tournament. While I didn't win over all, in this fight I did win best 2 our of 3 rounds. (2-1 me if I recall) In that photo my full kit is a mix of things. Things I made, things I won, things I earned, and things I bought. The "sword" is something I won. I made my pants, leg wraps, hood, belt, shield, and arm band. I bought the shirt's and shoes I am wearing. And the red and blue strip was a reward for going to an event. The belt I both earned and made. I was given the title of man at arms and given the materials to make the belt my self.

Twin Mask is the opposite of Amtgard. It is lightest touch, and is very story heavy. It's also a 2 1/2 day long game that starts at 9pm on Friday night, and runs until about 4am Sunday. Yes, 4am is when the last of the monsters will be done trying to kill you. This means that at any point in time during game something is going on. Maybe a merchant wondered into town at 9am. Maybe one of the big bad guys Lucraven showed up at 2am in the tavern and is killing everyone. Who knows! Now they do the kindness of letting your tent be an out of game area, so long as it's closed up and you don't run in there just to hid from a fight. This means that if you are sleeping, no matter what happens outside your tent you are fine. No one is going to wake you up at 3am to fight a monster.
For Twin Mask I took the outfit and name from Amtgard, and made a character there based on the idea's I had for my persona in Amtgard. They are effectively the same character, just in different time lines. The one big difference is, my Twin Mask character is/was married and wares 40+ lbs of steel armor. And yes, I do wear 40+ lbs of steel armor for the full 2 1/2 days....in southern California.....in the summer. 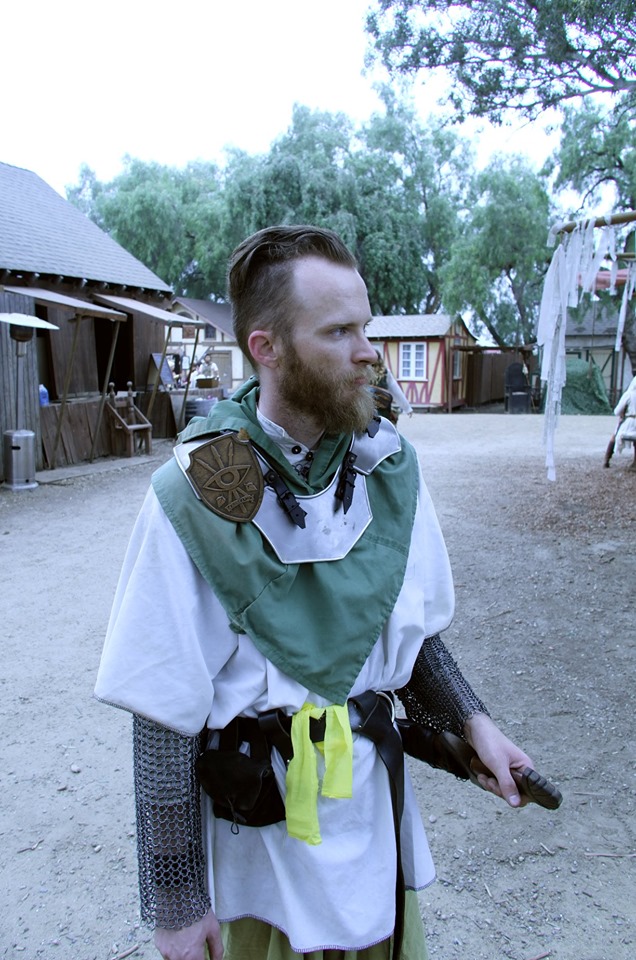 
While all the LARP stuff is supper fun, for me it still ties into the 405th. You see, I like taking on the role of one of my characters. Be it Twin Mask Kazick Fariwind, or Heath Who Hath No Name (Yes that is one of my characters names) in Dystopia Rising, or Rook Rocketdyne in Star Fall. The whole experience is a load of fun for me. I even have a whole ritual/mediation that I do for each character to get me in to that mind set. Including play lists that are about an hour or so in length of songs that fit that character. And thats something I want to bring to cosplaying as my ODST. I don't just want to be a guy at a convention in costume that takes epic photos. I want to be a character that feels alive, not just to me but to the people around me. I want to have that backstory, and inside jokes that "You would've had to been there to get" that you only find form some one who lived though those events. And part of getting into that mind set has brought me to the Halo audio books. Because I can listen to several chapters while at work easier than I can sit at home a turn pages.

I know conventions aren't exactly a role play time, but still want to have my own little things. Like if I see a fellow ODST to give them hel about protecting these civilians from any possible Covenant incursion. Or give a Spartan that stink eye you can feel though your visor, but also can feel is all just fun and games. Or hang out at my local nerd bar and tell war stories from when Reach fell.

All of this is part of the reason why I got into building an ODST suit. Even writing this is helping rep spark my flame to build again.

Ever see this character before?

Ever see this character before?