Midwest Regiment
So I've been making these things since 2014, but never got around to posting a build thread.

The design has gone through several changes over the years and I'm currently on version 3.0 of the kit. I do have plans for a V4. Originally I wanted to make one because I've always wanted one in my gaming room. Since you could not buy them, I decided to learn to make it and thus kicked off my journey to learning to sculpt, some CAD stuff, molding and casting. V1 started as a humble pepakura model to get the scale, and then from there everything has been hand made my dudes.

I thought once I made one for myself I'd be "done" but I just keep tinkering with it, making improvements and learning lessons. Here is one I did recently.

We're getting ready to move soon, and I have an unsold kit in my garage I want to find a home for before we go, so check the classifieds if ya want it. My V3 mold still has life left in it as well. I really enjoy getting these to my friends and other makers. It is humbling. My biggest achievement with it is that 343i has one of my kits in the Halo Museum! If you see it, give me a shout


I'm going to be adding to this thread as I go with my build process. I'd love to hear your feedback, or take any questions.

For now, I'll share some finished examples over the years done by myself and some others.

This one is also a V2, 2016 I think and hanging in my local makerspace's display area. I love when we do tours and folks gawk at it. It gets mistaken for a Predator skull frequently.

This one was done recently by a client, they don't have a handle or social media 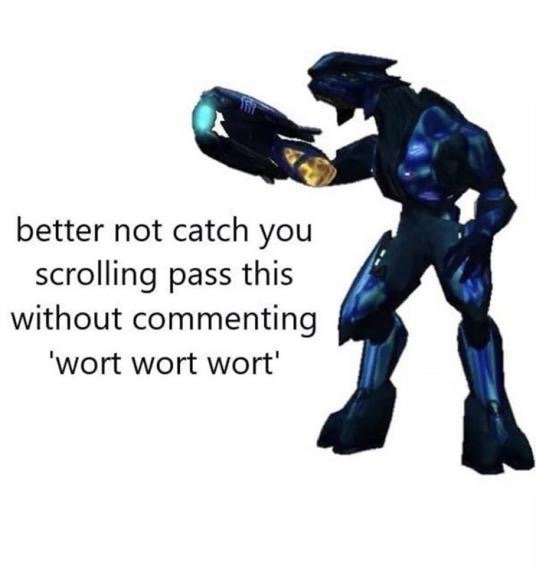 Those are awesome! I love the newer style of teeth. Also, you should make a predator skull and have the elite skull eating it, just to get the point across to those pesky gawkers. Lol

Midwest Regiment
So when I started this the first time in 2013, I spent a good amount of time debating how big I wanted it to be.

How big is an Elite skull? And to make things more challenging, how do you translate the skull as it appears in the 2D image from 2001

To a 3D model that has evolved over the years?

A buddy of mine from the fansite halo.bungie.org named Sound Effect \ ScaleMaster is well, a scale master and he was able to do some neat stuff with old Halo 2 assets to help me determine how big an Elite's skull is in real life 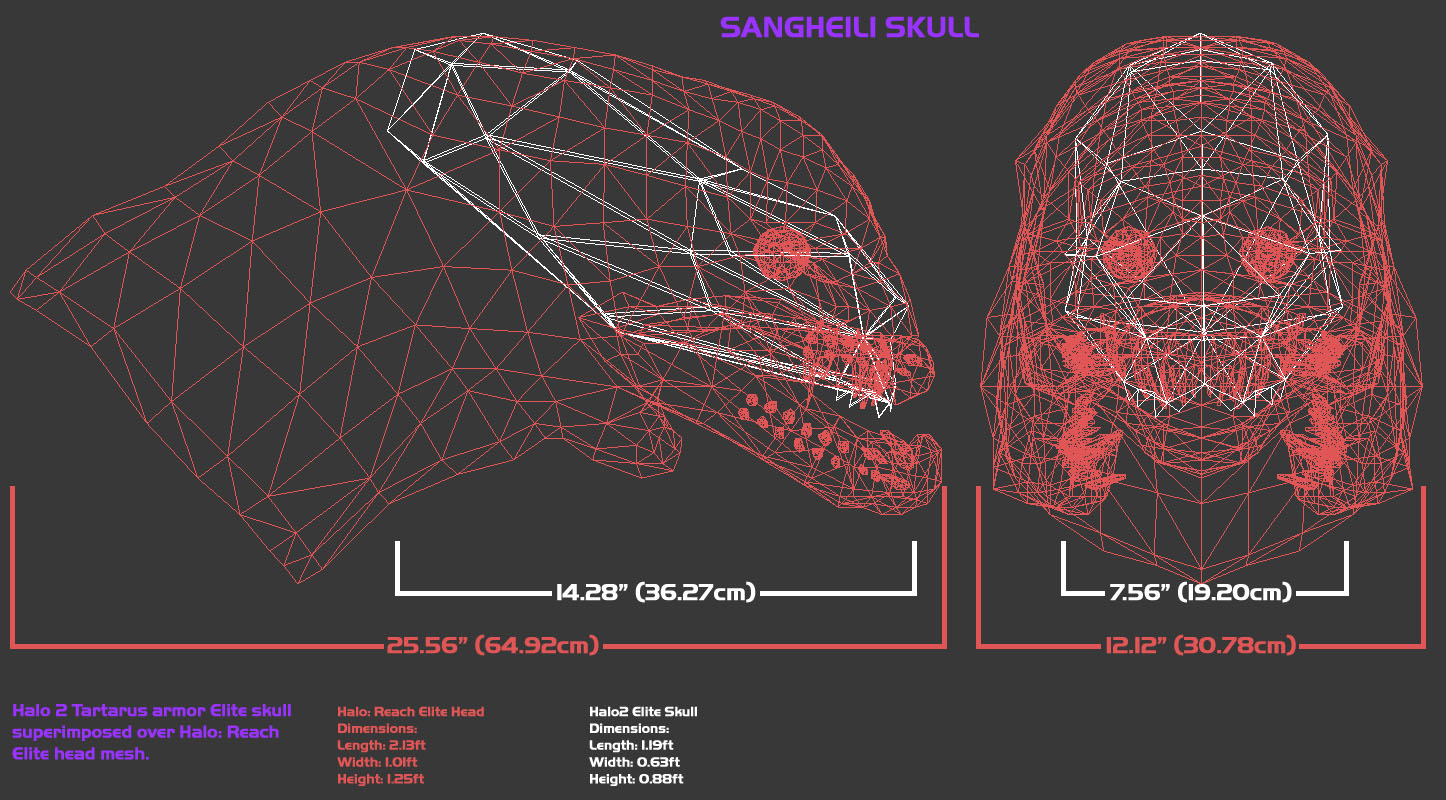 [note: if his name 'Stephen Loftus' rings a bell to you, you might have seen his work in several of the Halo guide books. 343 has partnered with him several times to determine the size of all sorts of Halo assets. He's a smart dude!]

Once I had the size, I used the pepakura file of the skull to get an example of how that translates to real life.

This presented somewhat of quandary: the way the artist drew the skull does not quite line up with how it actually is in-game. What I mean by this is, if you took the 3D skull and laid it by depth against the shield you'd see the top of the head, but not eyes\facial features. If an Elite actually looked like it did in the difficulty emblem, he'd be a cone head!

So I took a little bit of liberty and decided that I'd have to angle the skull diagonally to get the best of both worlds.


I then began to sculpt the skull from a hard epoxy clay (Aves Apoxee Sculpt) using the paper one as a guide and size comparison. It turned out pretty good I think

The teeth gave me the hardest time.... I struggled to get a style I liked and to stay true to the image as possible. These are the V1 \ V2 teeth. They presented some challenges for molding, but they looked menacing enough.

Once I had the skull more or less "done" I then moved on to the swords and shield. I used the Pepakura file, the old McFarlene toy and the logo image as reference and then sketched it out in Google Sketchup at the time. Then I got a membership at a local Maker Space where we have access to a laser cutter (woo!) and re-drew them in Corel Draw (gross!).

My plan was to take the schematic I drew and cut each layer out on various thicknesses of acrylic and build them up. I'm not much of a wood worker, and this was before 3D printing became affordable so for me, this method worked best to preserve the level of precision I wanted that my cave-man hands just could not deliver.

This process was also used on the swords. I'll go into them in a future post.