First time builder here, trying to make a Halo 3 MJOLNIR Mk. VI helmet for a RvB cosplay. I tripped over this forum while searching for templates, and downloaded the very excellent pdo file in the Armory a few weeks back. Since then, I've made paper templates, cut the foam pieces, glued the foam pieces, and ended up with a helmet-in-progress that, in most regards, is everything I was hoping for at this stage: 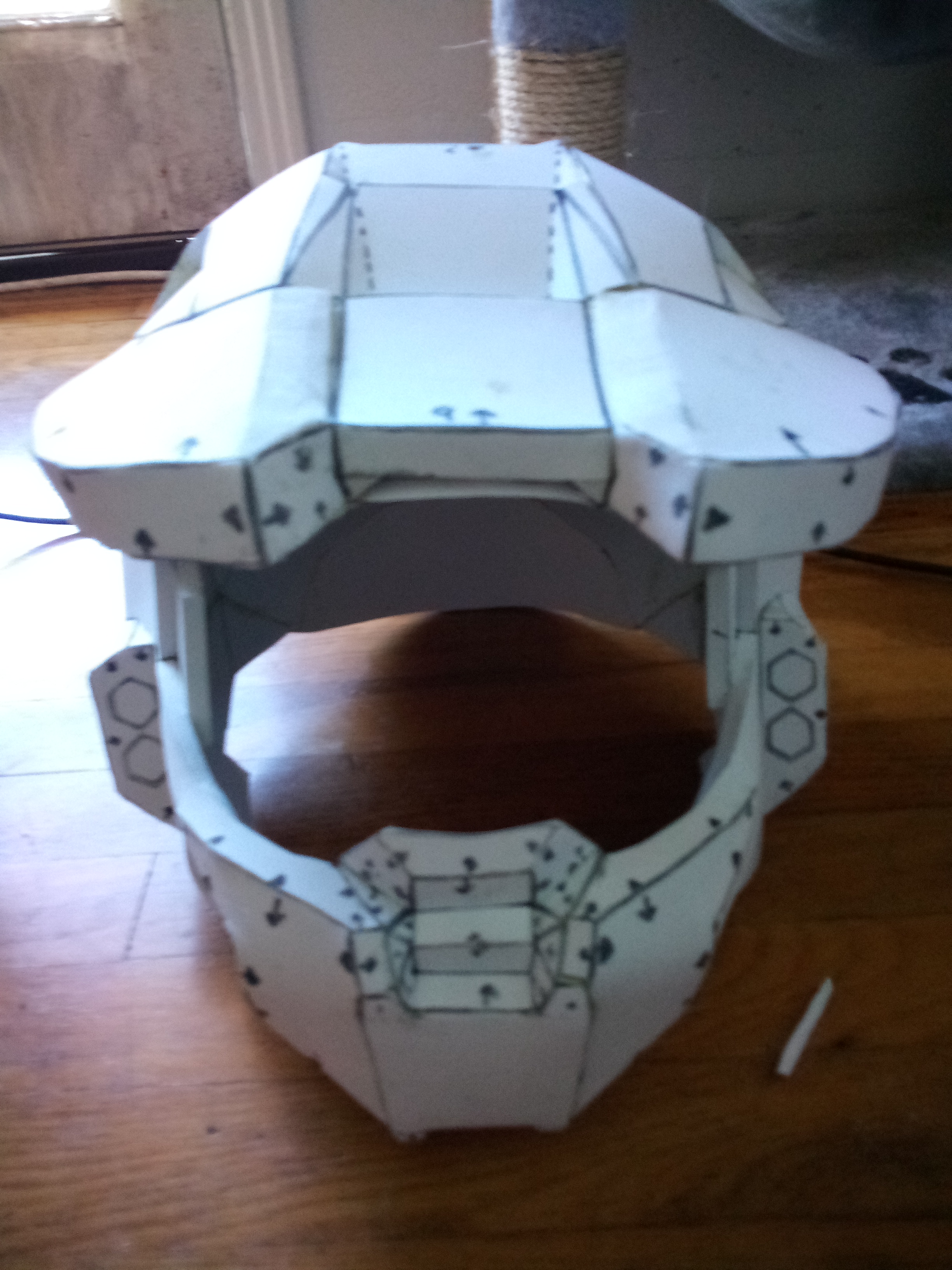 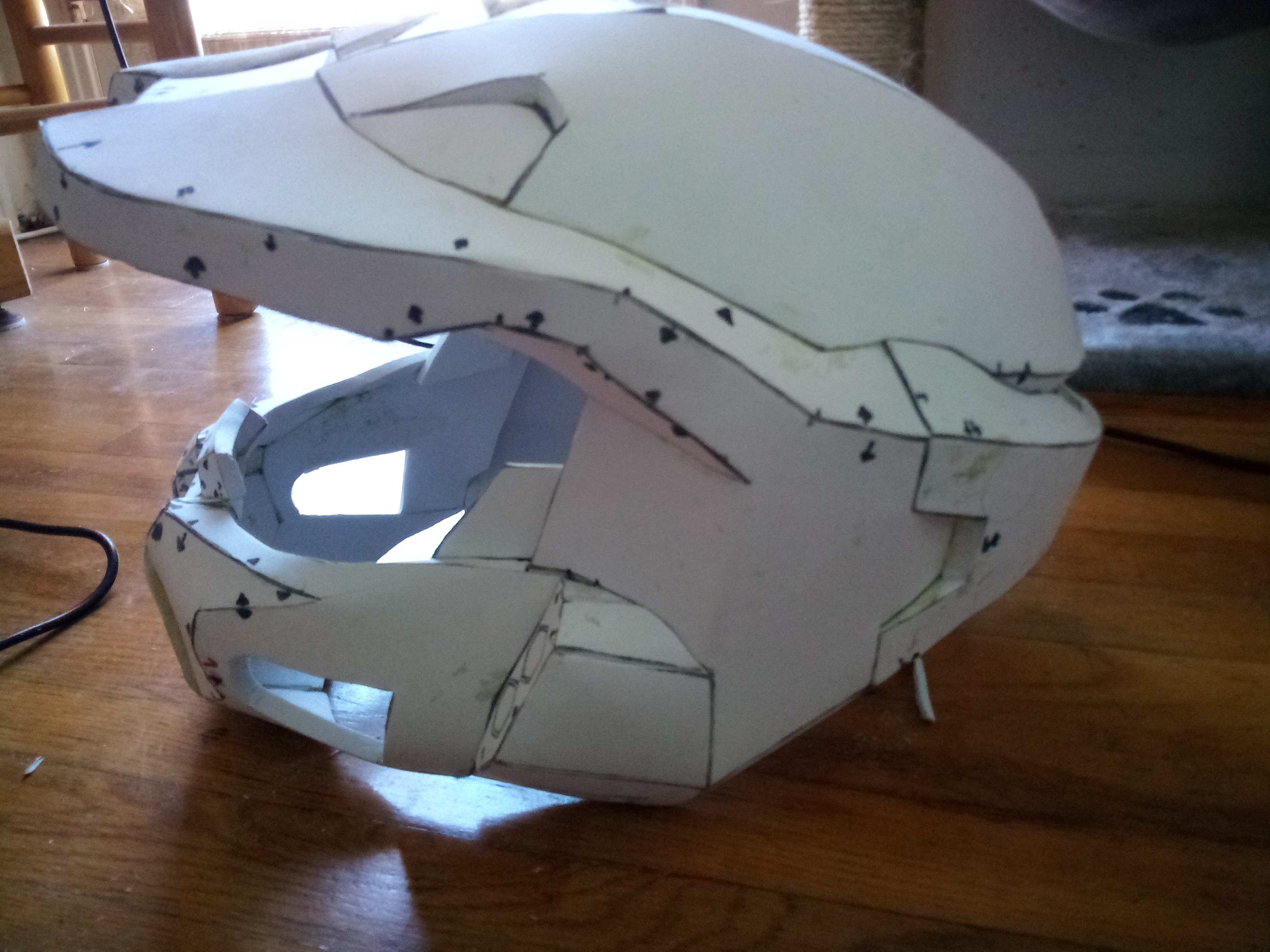 ...There is, however, one problem. The helmet's noticeably larger than intended. 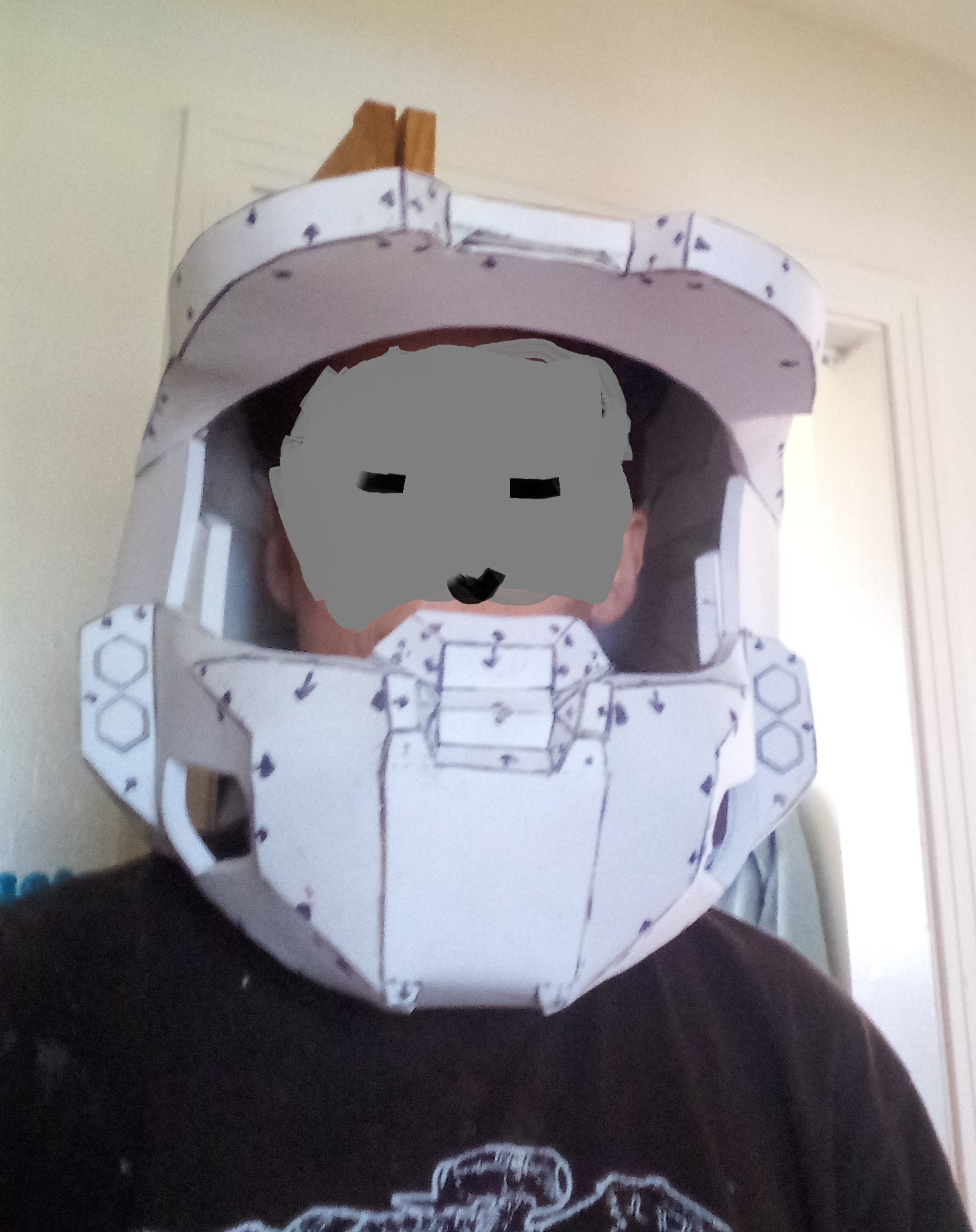 The foam tutorial I watched suggested measuring your head width and comparing it to the gap beneath the helmet in the 3D pepakura file. I did that with this attempt, measuring my head at around 6.75" and printing the paper template at its default 6.95" gap... but when I measured the gap in my assembled helmet, it came out at 8.5" instead. It hasn't expanded by quite so much in the front-to-back direction (gap of 11.25" when it was supposed to be 10.75"), so part of the issue might be shape, but visually the helmet shape looks decent. My guess is the extra width came from either stenciling (I used a sharpie, and cut in the middle of its lines sometimes) or the foam itself (8mm).

Does anyone have tips for how to get the right size if I rebuild? I've tried scaling down the paper files by 17% (in the theory that it would make my 8.5" gap into a 7" one), but those looked ridiculously small. 10% looks a little better, but still small, and I'm reluctant to begin a full rebuild when I'm just guessing at the vital measurement.

Australian Regiment
405th Regiment Officer
I see you're already using Pepakura for scaling, but there's another program out there a lot of us use for scaling called Armorsmith. You input dimensions of your body and it generates a virtual mannequin that you can use to scale parts to.

Outside of that (I don't use Pepakura for scaling, sorry!) you could start work on another simpler piece, like biceps, shins, etc. to experiment with scaling using a fresh armour piece - then come back to the helmet when you're ready.

On the bright side, that'd make a great display piece once finished!

I'm a little hesitant to drop money on Armorsmith when I suspect my issue lies in the execution more than the program. (Which isn't to say adjusting the program's scaling couldn't help, just-- I need to figure out how much to correct by in order to do that.) But picking a simpler piece to test with could definitely save me some time and effort while experimenting, so that idea might work out well.

Thanks for the tips!

Looking for advice on where to start

Looking for advice on where to start