Figured I might as well toss my hat in the ring and show off what I've been working on. Decided to try my hand at my first full armor set with the Mk.7! I'm at a point of not being completely done but almost there and thought I should post here since this is where I got the pattern for it!

Mind your step around all the info dumps and excuse me if this is a mess because I have no idea how to do posts. (most of these pics were taking off my Instagram story cause I didn't save them as individual pictures lmao) 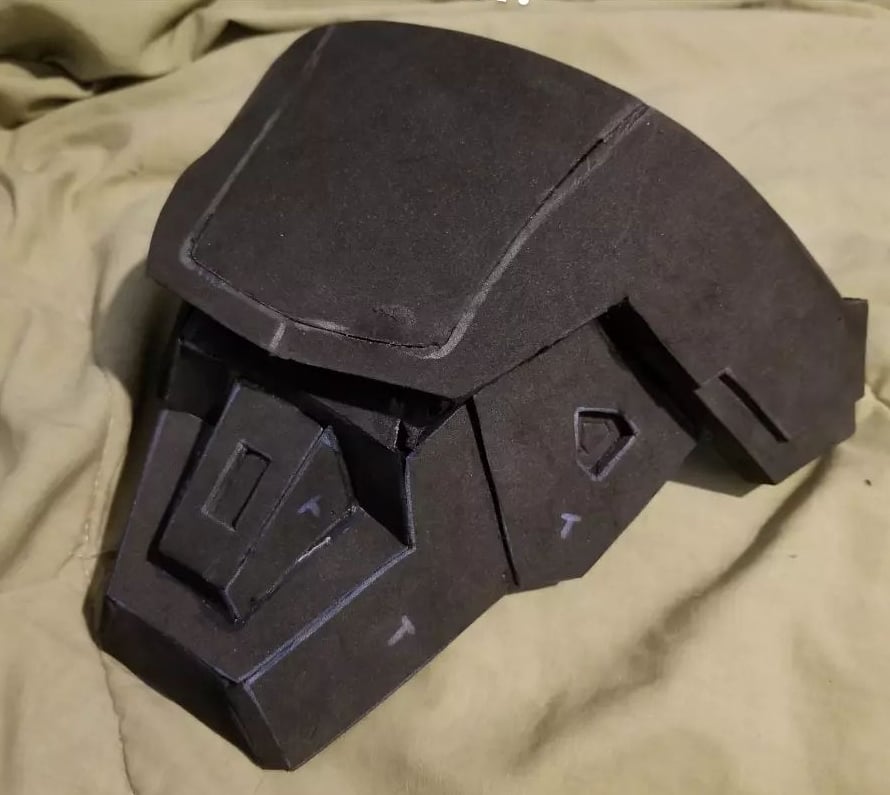 First up was the Shoulder pieces! After seeing how nicely this came out I went full steam ahead with the rest of the build! I added/changed some details a bit to give it a bit more dimension but not too sure if I will keep some of them yet. 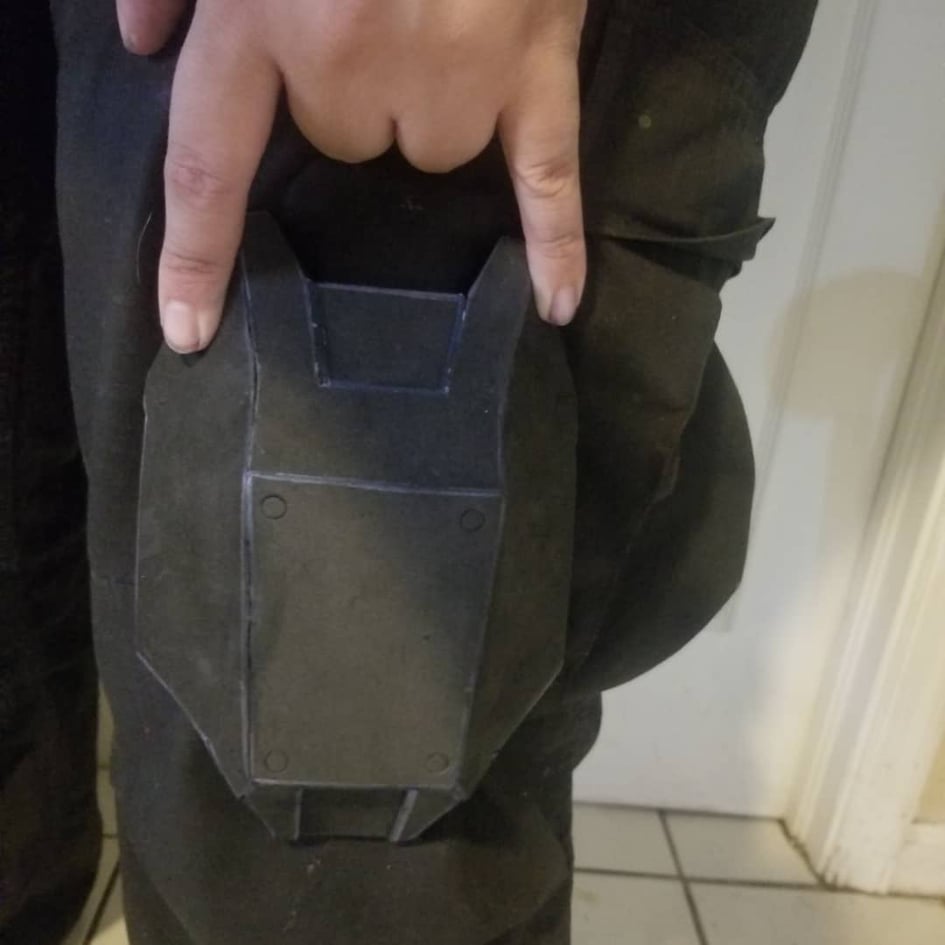 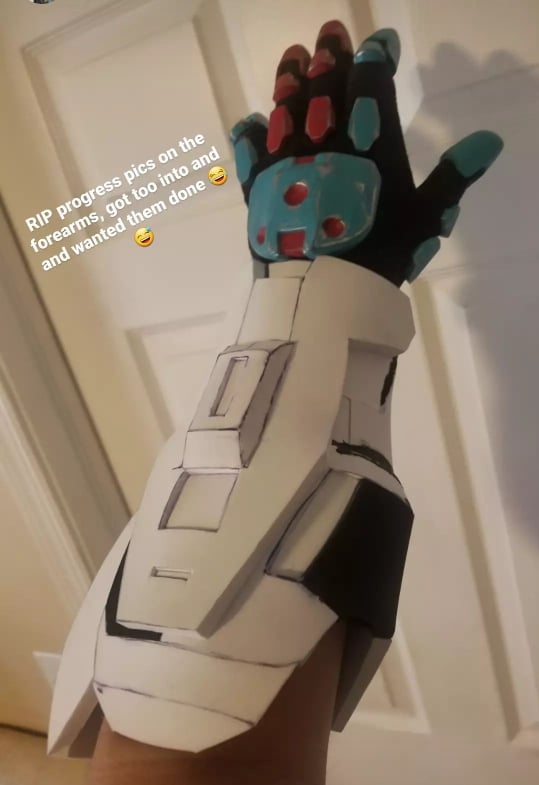 Next were the Knees and Forearms! A great and easy addition to the otherwise growing mess, most went together nicely but had some cleanup to do here and there on all the pieces so far. 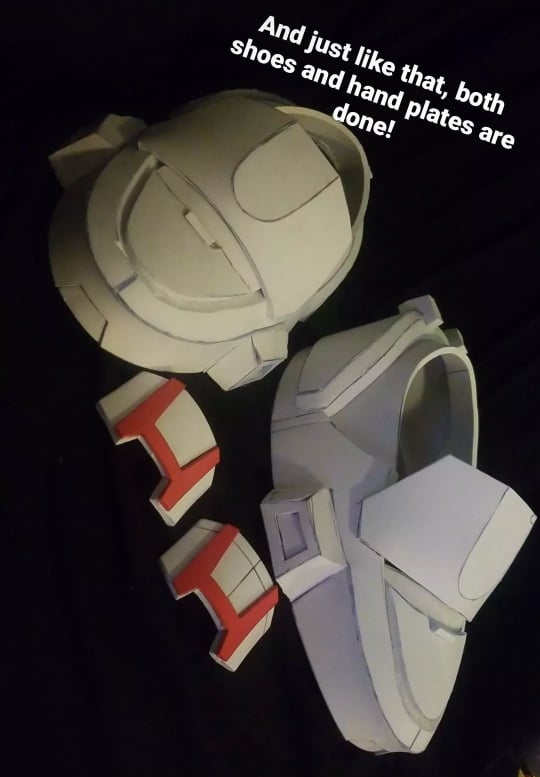 If you cant tell I'm terrible at taking progress pictures, but then the shoes and hand plates were done! took some liberties to omit some details that'll never be seen or just were too small, the hand plates I templated and made up myself to save some time and hassle from putting the tiny foam pieces together form the original patterns. 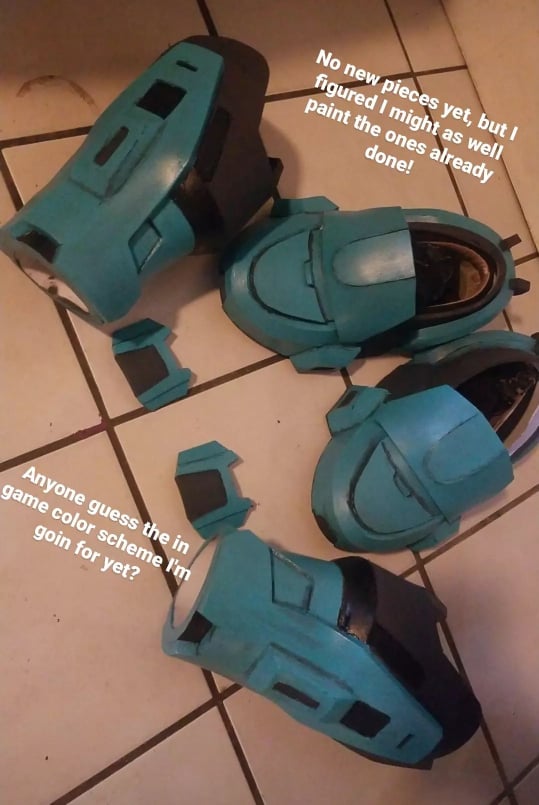 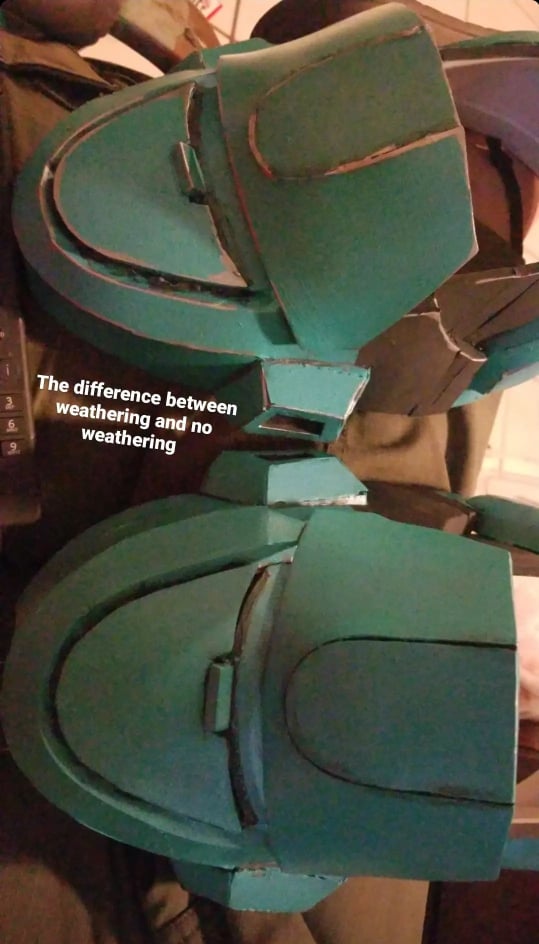 Then with a wave of my magic wand, they were sealed and painted like that! I'm glad I took a full 360 screenshots of the color scheme because it wasn't included in the new Beta so rip lol. The shoulders and Biceps are completely done, attached together, and painted but this was taken before I had them done. 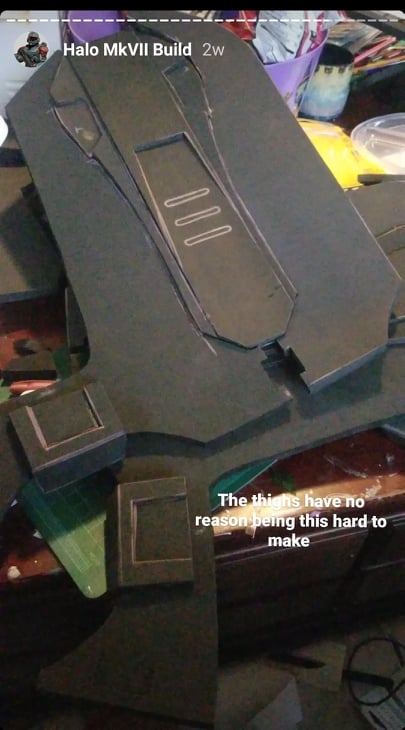 At this point I was starting to burn myself out from working on it so much and the Thighs and Shins were just not how I wanted them to turn out, so I took a break and did the helmet! 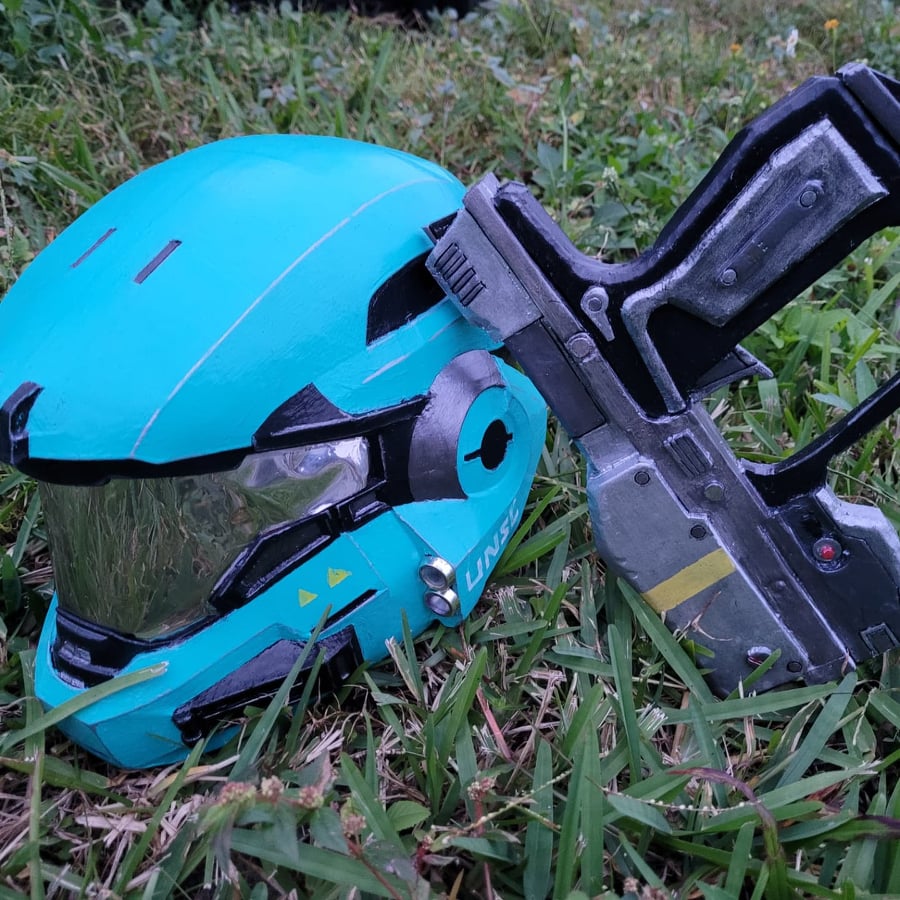 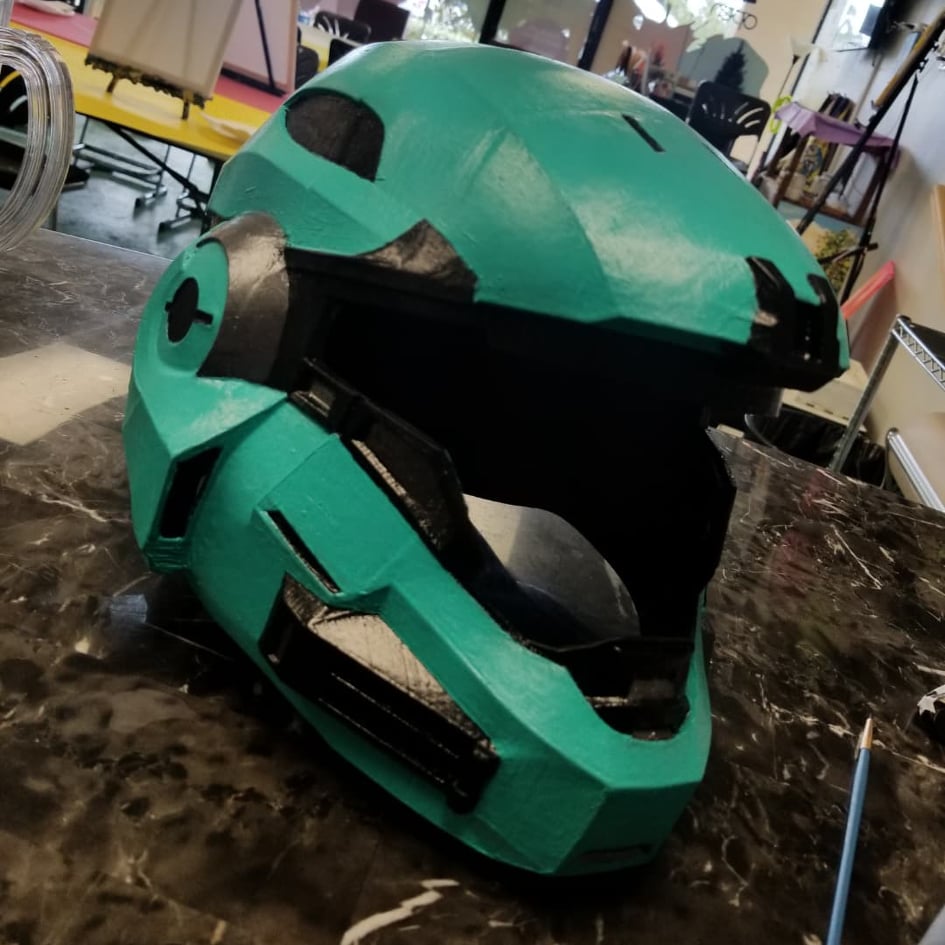 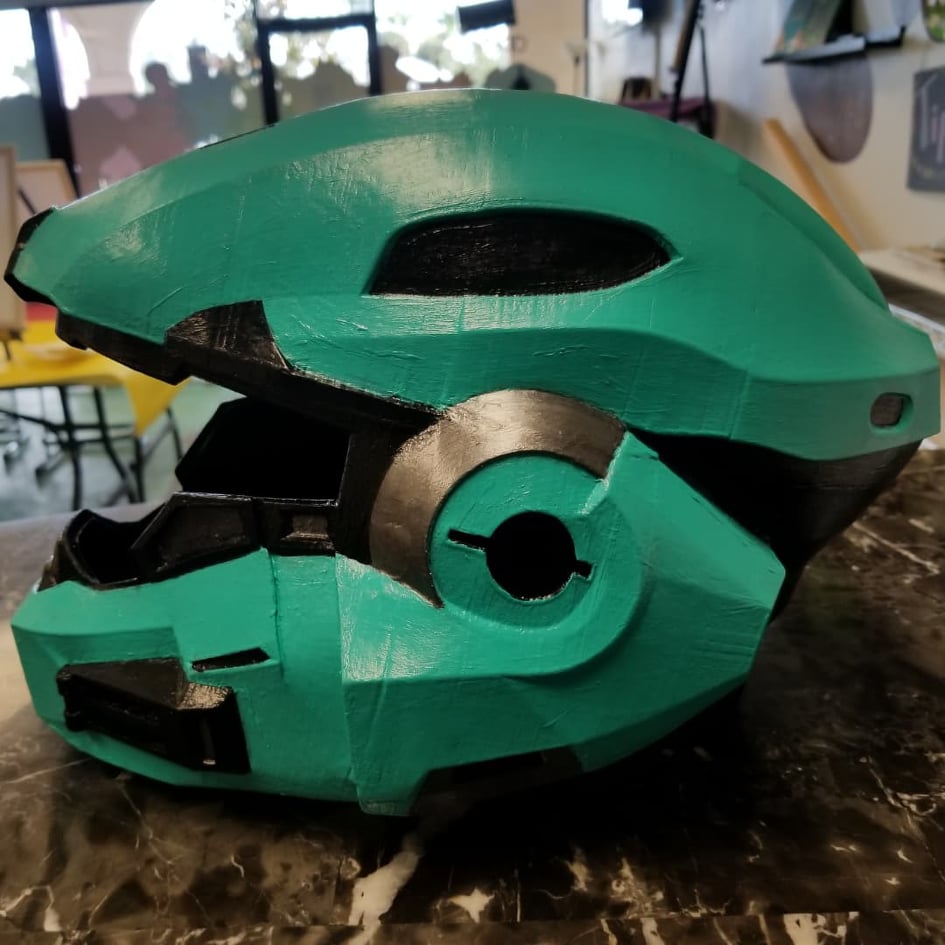 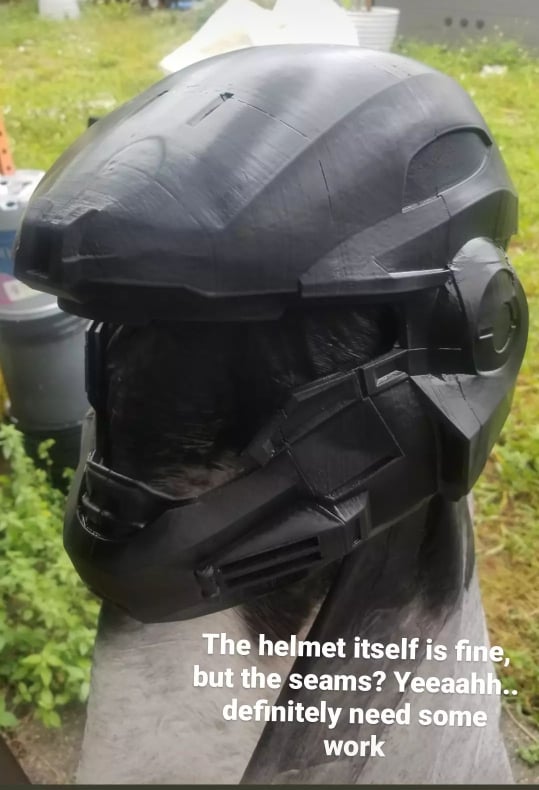 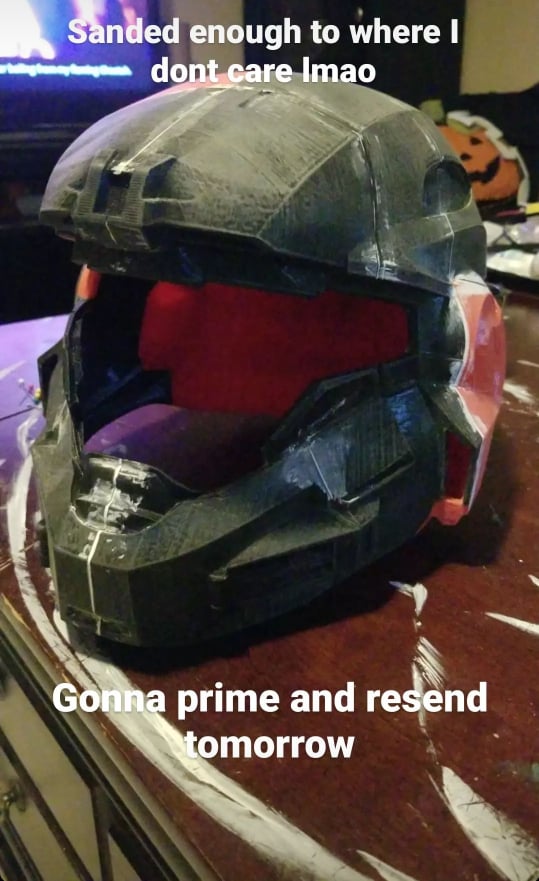 Speaking of helmet, tada! the pictures wouldn't go in progressive order soooo, sorry! I got the file off of MoeSizzlac's Thingiverse and eventually got it printed and all done (after I resized it to the correct size, make sure you read the description before you print something out) I eventually plan on adding the actual lights and fans to it, but for now its good enough! I Dremeled in the vents to have holes so I can add the fans for fresh air, led lights, as well as a portion in the back to add in an AI chip like on Chiefs helmet, not canon but I think its cool. The visor is a temporary one till I can vacform a new one, and I originally had gotten a gold and silver vinyl to see which I liked in this helmet more, but someone stole the gold one right out of my mailbox so silver it is!

After all this I took a little time off from making stuff in general. My original idea was to get the entire suit done within a month (before the games release on the 8th and I started this project Nov 6th) but then realized/came to terms that I'm not gonna finish in time, and that if I rush it I'm not gonna be happy with how it turned out and that its alright to take breaks and step back for a bit. which brings us to yesterday! 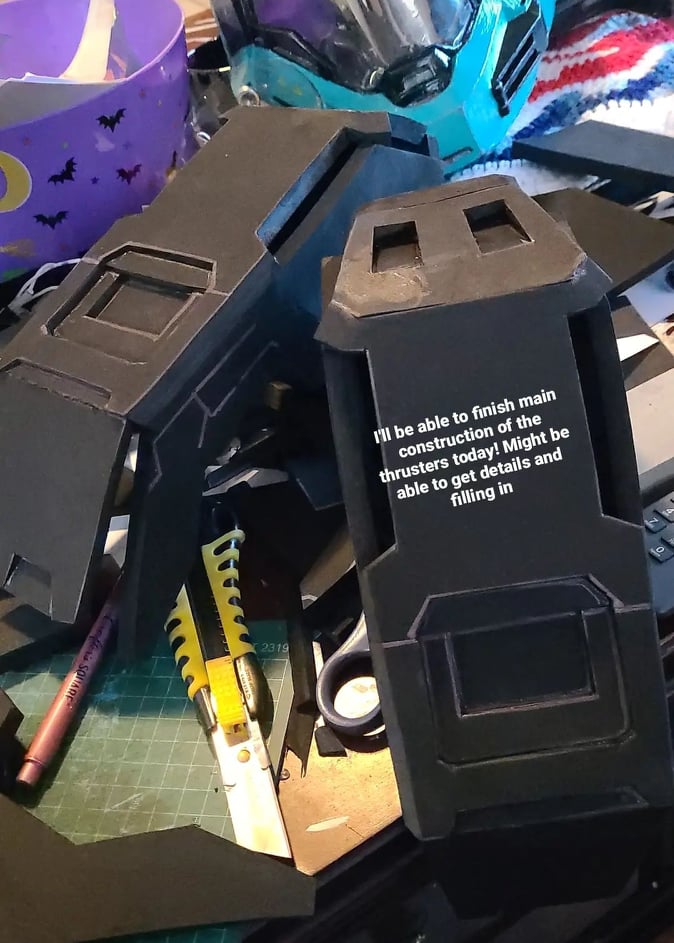 I was indeed able to finish and fill in the gaps and stuff yesterday to make both thrusters into a one day build, and eventually I want to add in a really cool idea that I'm totally stealing form ImpactProps on one of their old Spartan builds (the Co2 Cartridge thrusters), cause who doesn't love that extra bit of detail! Speaking of details, I also have this side project going on! 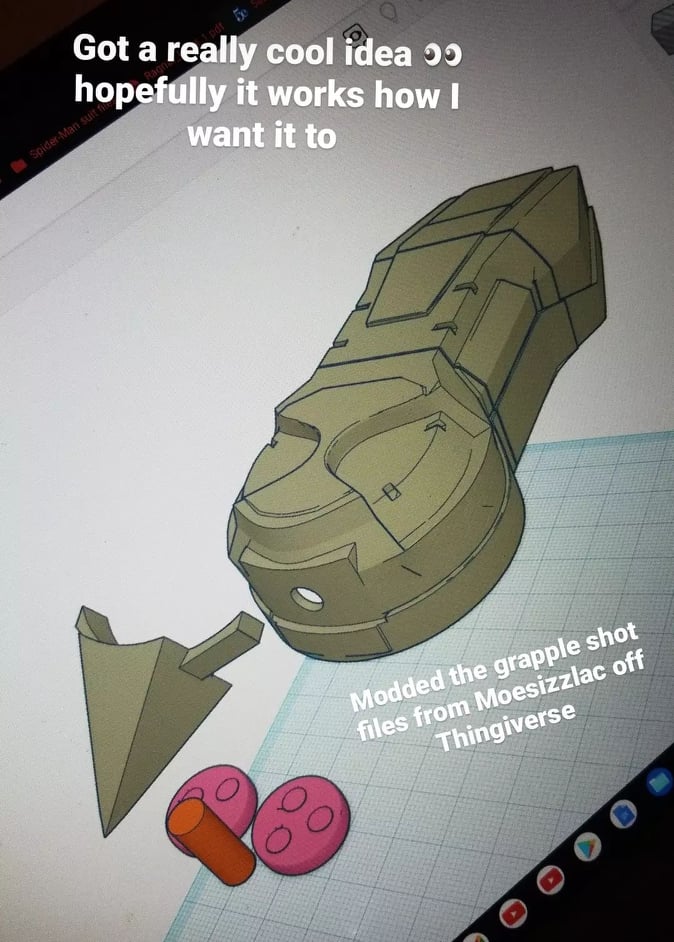 I know some others are absolutely making a working Grapple Shot as well and doing a better job at it, but I wanna make my own just cause I wanna be that extra. Still in the early stages of it being printed and working on the firing and tethering but that san update for later down the road.

Thank you for sticking by this long and complicated post! Hopefully I have more updates to show in the coming days/weeks. Until then, Take care! Do Good and Be Great!

No big updates so far, but I got my Sidekick almost done printing. (definitely a bit too big but it should be at least accurate to a real Spartan lol) modified the original files so there is a moving slide and a removeable magazine for the extra details and for photo shoots, plus why not be a little extra. Printer has been acting up so no progress on the mk.7 helmet either but hopefully a better update soon! 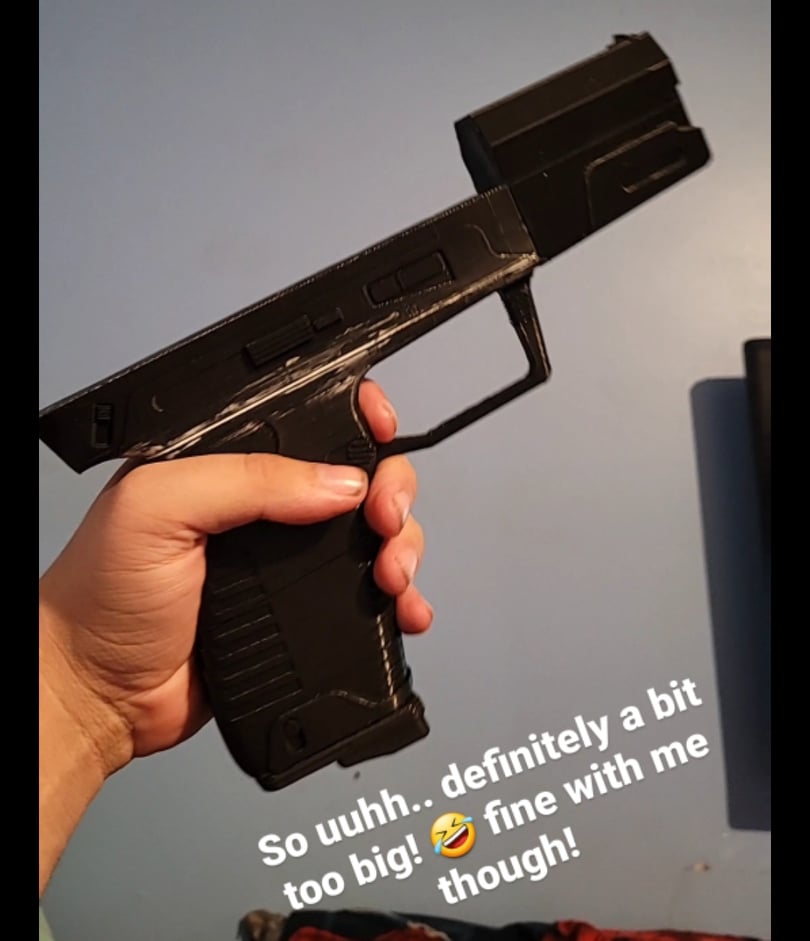 The files for the Sidekick were from Purple Hazey off the 3d printing index on here.
P

Midwest Regiment
Nice! Check out the discord for the latest side kick file in #3dmodeling

I have a mk2 on there that's mostly done
U

Looking great! Can't wait to see how the rest goes. And don't worry about WIP pics, there's still the rest of the chest and what no to go!

Purplehazey said:
Nice! Check out the discord for the latest side kick file in #3dmodeling

I have a mk2 on there that's mostly done
Click to expand...

I'll definitely make the new one at some point cause who doesn't have multiples of a prop!

UltimateSpartan said:
Looking great! Can't wait to see how the rest goes. And don't worry about WIP pics, there's still the rest of the chest and what no to go!
Click to expand...

Thank you! I'm actually debating on switching to the chest and finishing the other pieces later, I'm just itching to see how it looks mostly together!
P

Lukeclm said:
I'll definitely make the new one at some point cause who doesn't have multiples of a prop!
Click to expand...

I know someone has atleast 6 sidekicks now

Aaannndd right in the middle of making the Mk.7 helmet my printer decides to throw a fit and give me the middle finger, sooo no more helmet progress for a bit! now at least I have another reason to get back to work on the armor itself lol at least I got the sidekick done! Since I'm gonna remake it I figure I should do a different color scheme, and went with ZetaSky! Cause different shades of blue totally don't clash

Looking great so far! Can't wait to see the next generation of cosplayers now with Infinite's release.