I was sitting around procrastinating last night and thought to myself I could make the old super powerful scoped beast out of a cheap airsoft gun I had laying around. Five hours later after some dremel work and glueing I made this.

The fun part was that the only materials I used were parts that came with the gun, a floss case, two nuts, and lots of superglue and epoxy.

Here's a pic of an unaltered pistol similar to the model I got. (mine had an extended magazine and side rail attachments) 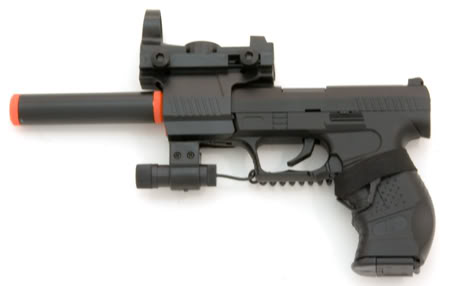 Now for the real deal. 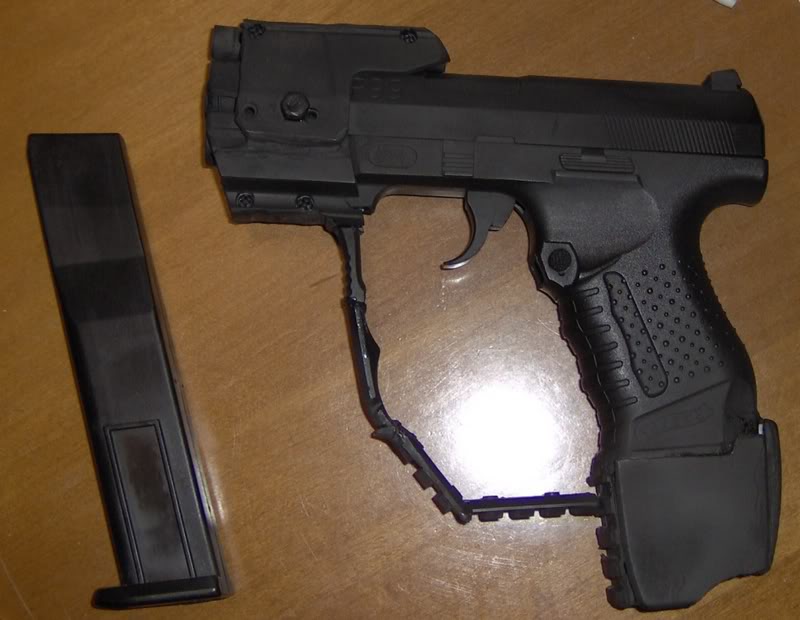 front view and helmet for scale 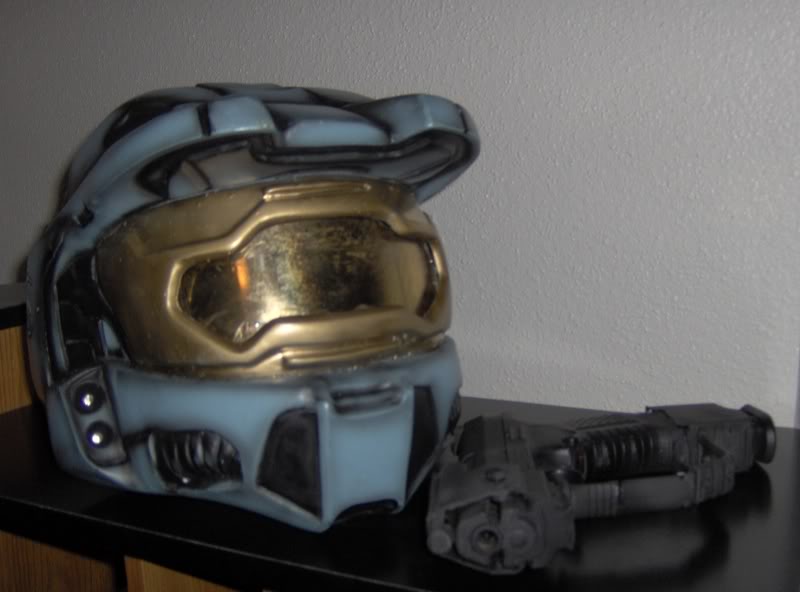 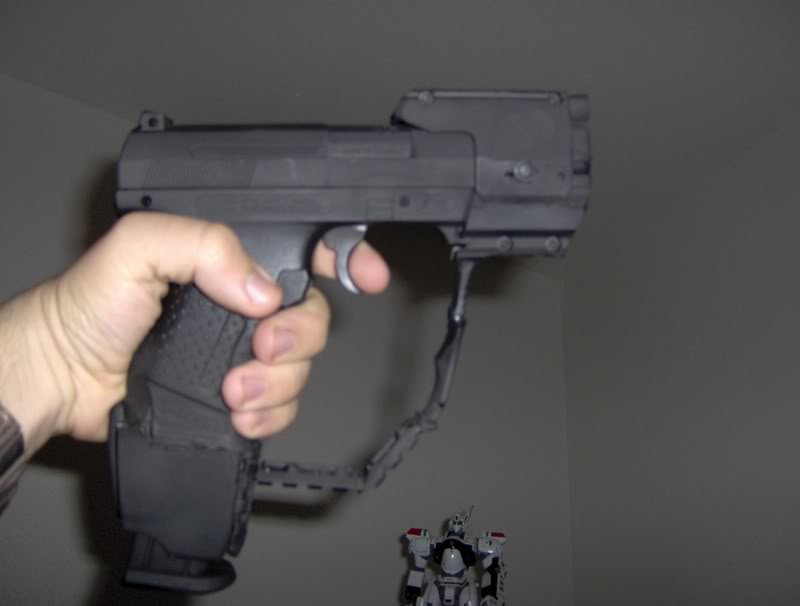 Still needs a new paint job and the holes filled in but any suggestions for improvements?
R

Also, it still fires good but because of how I have the new scope mounted(made from the internal barrel of the silencer), it's pretty inaccurate.

Thats pretty cool man i gotta try that with my P99.

Fixed the trigger guard and scope. It's verrry accurate now.

I know the scope itself should slant down more on top but its easier to shoot in combat the way I've got it now.

gonna start painting today, I'll get some more pics up when its finished

Well here's the newly improved pistol with its first coat of paint. I decided to go with the in-game colors 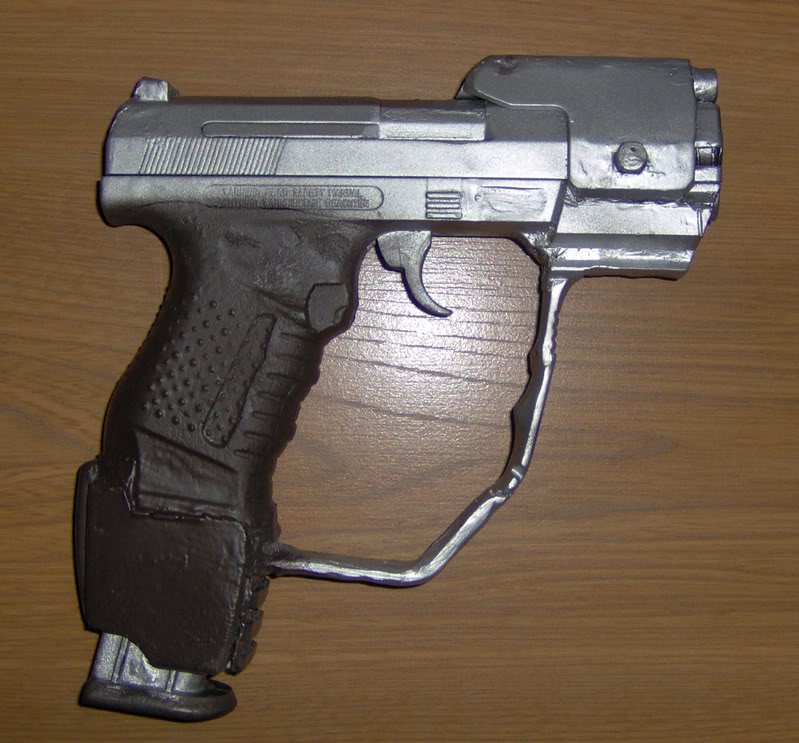 Now as soon as I get one of link's ARs, I'll have the only two weapons I'll ever need (well unless he decides to make a sniper rifle....or a rocket launcher)

Southern Regiment
well you never know...there where two people that ask me in both of those
M

link will you make me a scorpion tank. :roll:

Southern Regiment
im so on it for you good buddy ;-)