Hey all, this is the Adeptus Astartes (space marine) armor Ive been working on for the past couple of weeks or so. So far Ive been using carboard and a ridiculous mount of duct tape to build it and then I'll put a layer of fiberglass & resin on. Just for a little backround its from the Warhammer 40,000 universe that originated as a table top game in the 80's. but now they have over 100 novels, an awesome rts game called Dawn of War ( along with other older rts games that came out in the 90s), a crappy fps game , and so on. 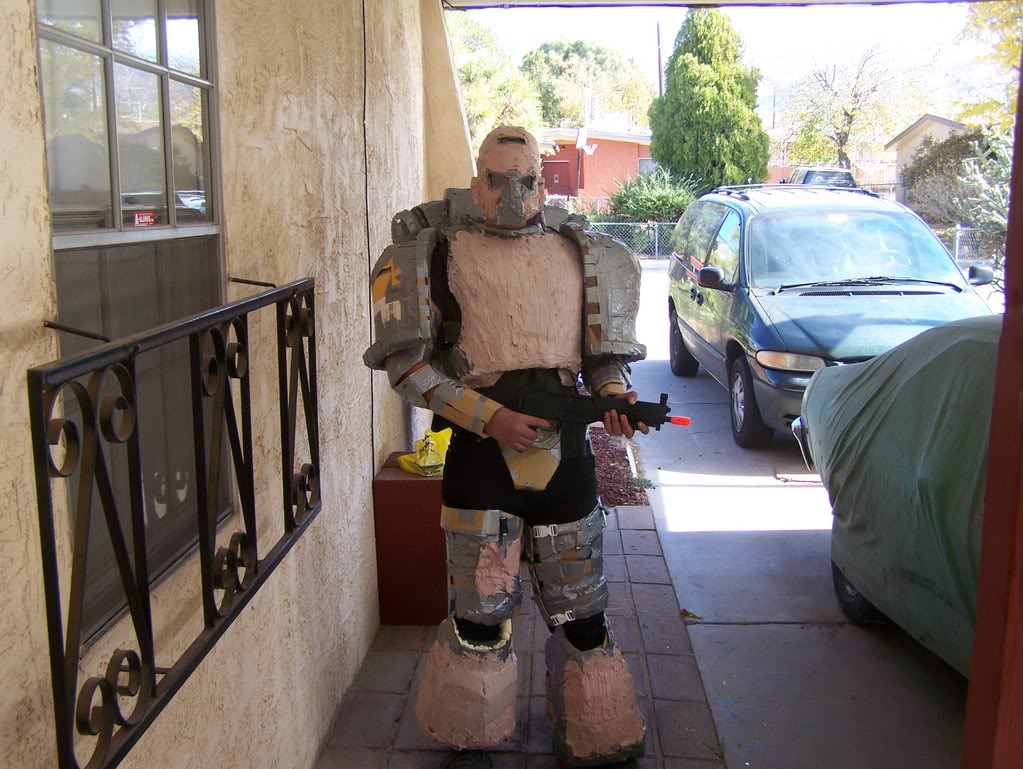 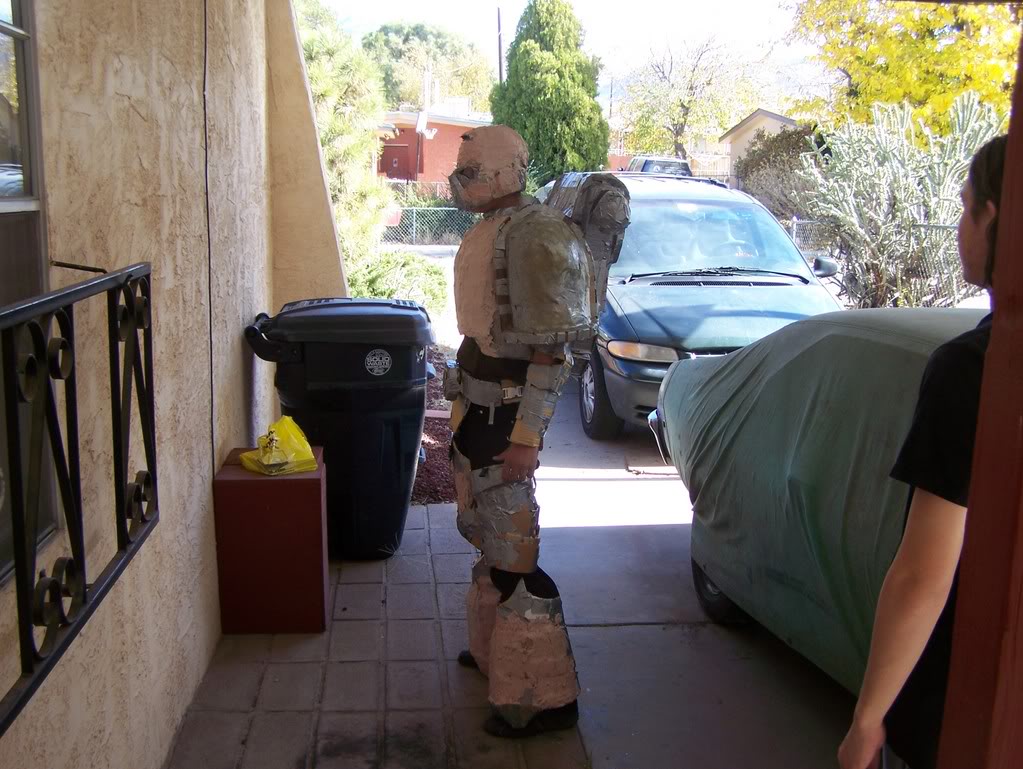 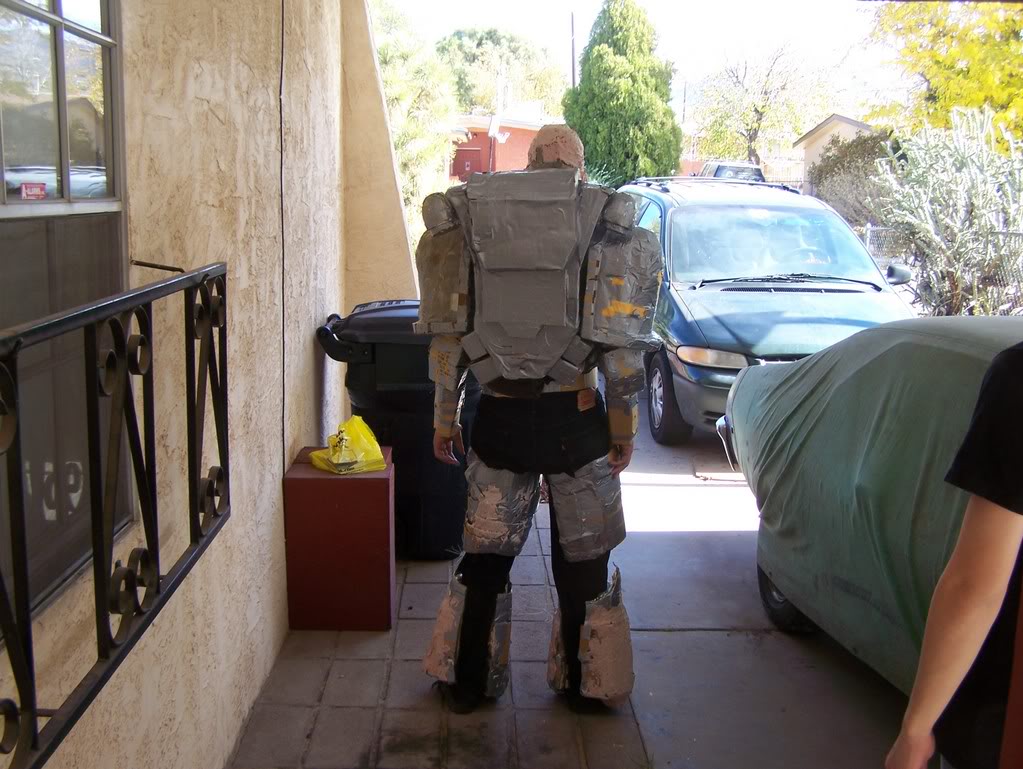 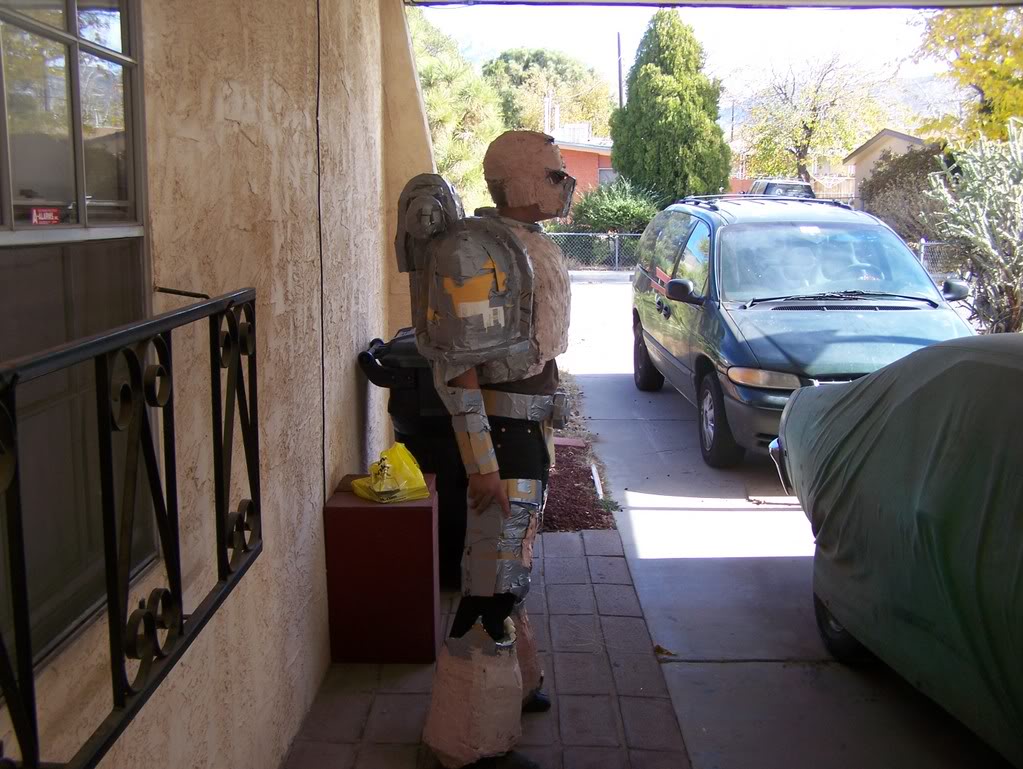 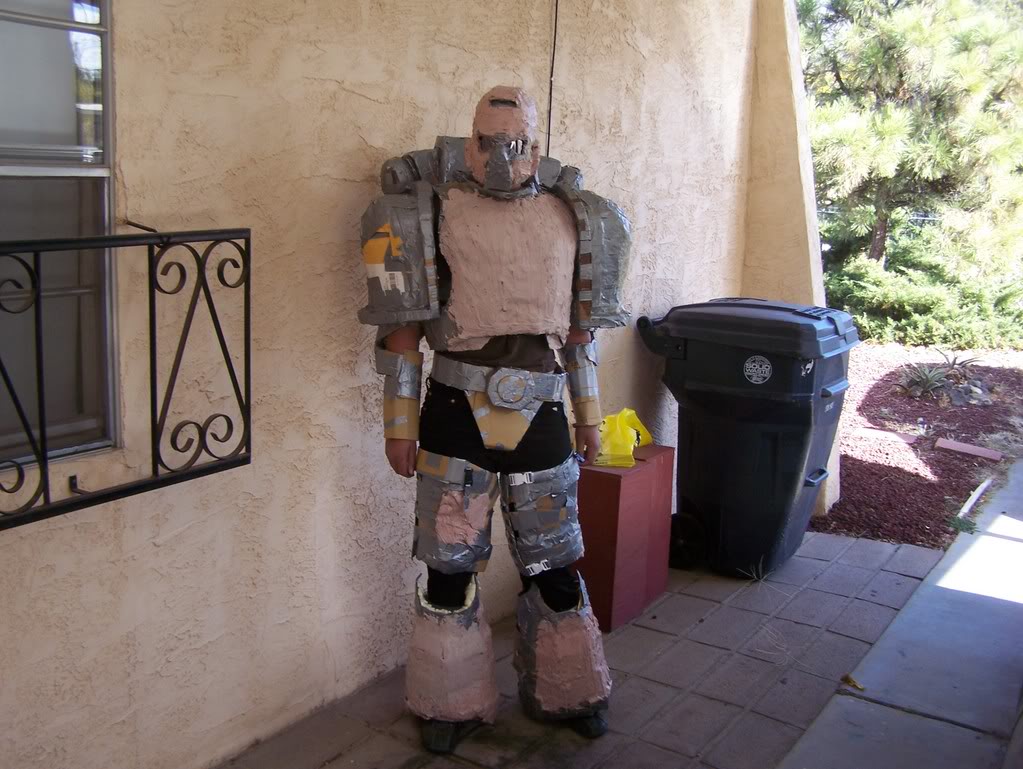 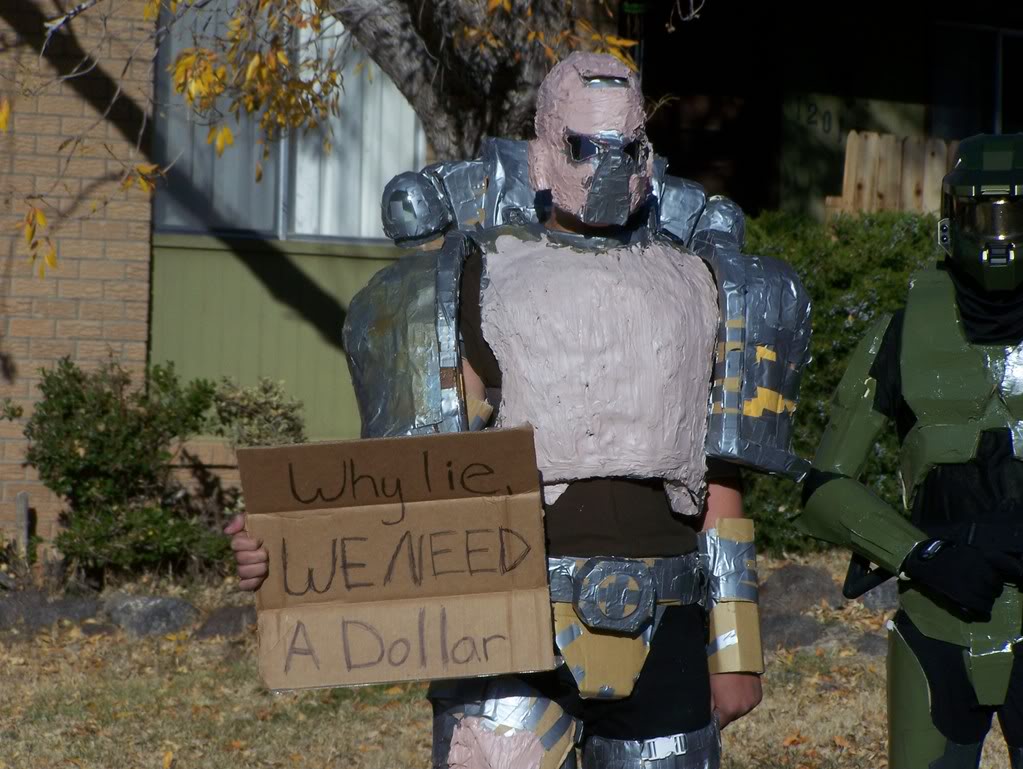 My friends and I wanted to order some food but we were short like 2 bucks so we went pan handling and door to door in our suits till we got it.
Here are the reference pics I'm using

Let me know what you think!
S

dose this have any relative thing to halo???
C

Hmm. Looks good so far, can't wait to see it when it's finished. Good luck!
A

sinjiki said:
dose this have any relative thing to halo???
Click to expand...

WHen iron man was posted it was releveant to halo, but it did qualify as a proper topic because it sat in

Which is good, atleast he didnt post this in the classifieds, then that would make no sense.

i see my bad good luck my friend.
D

sinjiki said:
i see my bad good luck my friend.
Click to expand...

welcome.. hurry up and finish it and make an mjolnir too
G

I'm very interested to see how this turns out.

hurry up and finish it and make an mjolnir too
Click to expand...

Yeah I've came close to buying the supplies for the Mjolnir armor but always convince myself that it's better to do and finish one project at a time.
Last edited by a moderator: Feb 25, 2017
N

Cylos said:
Hmm. Looks good so far, can't wait to see it when it's finished. Good luck!
Click to expand...

Anyone know where I can get a cheap (even cheaper than Bondo) somethin' somethin' to coat the parts that don't really need to be fiberglassed & resined? Just something that I can put over the duct tape and cardboard to make it look smooth and professional. I'll try to get more pics of the legs and the rest tomorrow.
C

I saw a couple pics of a couple Space Marines at ComicCon and the armor is bigger than human size armor, bulkier, maybe taller too. The weapons will also have to be scratch built also since they're as oversized as the armor, as an example the bolter fires 20mm rounds, as figured on the barrel's bore size and the lasgun's equally as chunky. Warhammer 40k armor is big, bulky, detailed and will eat up a lot of resources.
A

I saw theirs and it's really good but for the bulkiness factor, I don't think it'll be a problem cause I'm 6'5 and 210 lbs so even if my armor was skin tight it still looks huge. And the Space Marines are way taller than regular humans, they're about 9' tall and Emperor knows how wide. I'll try to find some comparison pics and if none can be found I'll just make them. Also the bolter is relatively small except for the rounds which are indeed huge.
The reference pics I'm using don't look too big and i'm taking different parts of different armor, like the eye holes I'm using arent little slits like the ones in the reference pics. There are some pics out there that really over do the size of the armor like these

Any idea when we'll see an update on this?
A

I'm Bondo-ing some of the parts right now to try and smooth it all out, I've done the helmet, one lower leg piece, and the front of the chest so far and still got half a can left. I also bought some window tint and covered some plastic with it so I got the eyes finished. Also I ran out of my main material a couple days ago (duct tape) but I restocked today so I'm finishing up the legs which I bought more buckles for. I plan on making a video this weekend and take more pics but unfortunately I dont have my camera working so I got to borrow my friends. So expect an update tomorrow evening
A

Sorry the video didn't happen cause my friend couldn't find his video camera, but I at least got some more pics with a good camera.
X

very nice... id reason and glass it before bondo though... just because bondo cracks easily, and if your rmor is still slightly pliable, bondo could just flake off of it when dried.
A

Xavier said:
very nice... id reason and glass it before bondo though... just because bondo cracks easily, and if your rmor is still slightly pliable, bondo could just flake off of it when dried.
Click to expand...

Most of it has been except the lower legs cause I didn't want them to weigh like 20 lbs each, I'm planning on resin & fiberglassing everything else that hasn't gotten a layer yet yet
Last edited by a moderator: Feb 25, 2017
C

looks pretty good man, keep it up!
A

When should I make my cosplay

My Journey to the Space Circlet
2

When should I make my cosplay

My Journey to the Space Circlet
2