Lately I've been looking into 3d printers since I've been planning to step up some of my creations and their functionality. I've also been
improving a lot in my skills in 3D modelling so now all I'm lacking is a 3d printer. I personally don't have much knowledge on 3 printers so I was
wondering where I could start. Im also hoping if you guys could suggest a 3d printer with a large printing bed and still be user friendly for beginners.
I've barely looked into creality and the ender printers and so far thats all I know. Not exactly in a budget but def not here to break the bank! Any tips and suggestions
will be greatly appreciated! Thanks!
Last edited: Sep 10, 2020

I've worked with a few different makes of printers over the years. Out of all the ones I've used my favorites have been the CR-10 series. I've grown in build plate size over the years as well and have worked up finally to a 15" build plate.

If you're starting out, a CR-10S is an amazing printer to have. Having automatic leveling and having a filament run-out sensor is incredibly helpful if you're going to be doing large prints. Although it isn't completely necessary for most people, I find it worth the money to invest in. Some of the CR-10 series come at around a $300 pricepoint, and others come at a much steeper $600 pricepoint It's up to you on which you choose, but weight your options.

I know some people may have had different experiences and find other companies to have better printers for different prices, but these have been the best printers from my own experience. Like I said, take your time and weigh your options for the types of things you plan on making.

Midwest Regiment
I use an Anycubic Chiron with a 15.75 x 15.75 x 17 build area. Can't really compare it to anything else since its my only printer. It has an auto leveler that requires some manual impute and a sensor for when filament runs out. It's done good by me besides some mistakes I made on my end. They go for around $400 now.

I had an anycubic for a long time before my cr-10, I had good experiences with them too, so I'd vouch for the Chiron as well, and with that price point why not!? I had the Anycubic I3 Mega, and I paid the same amount for only a 8x8 build plate so that's really good for a 15" build plate 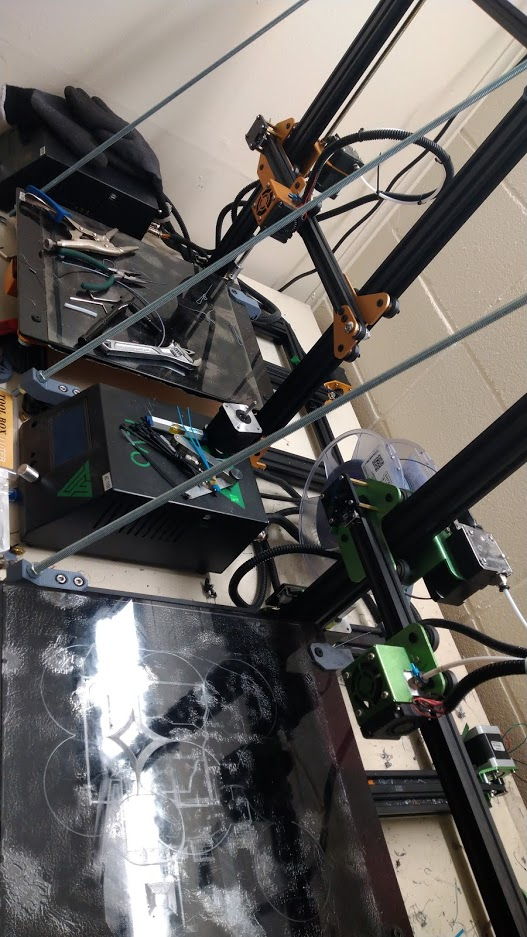 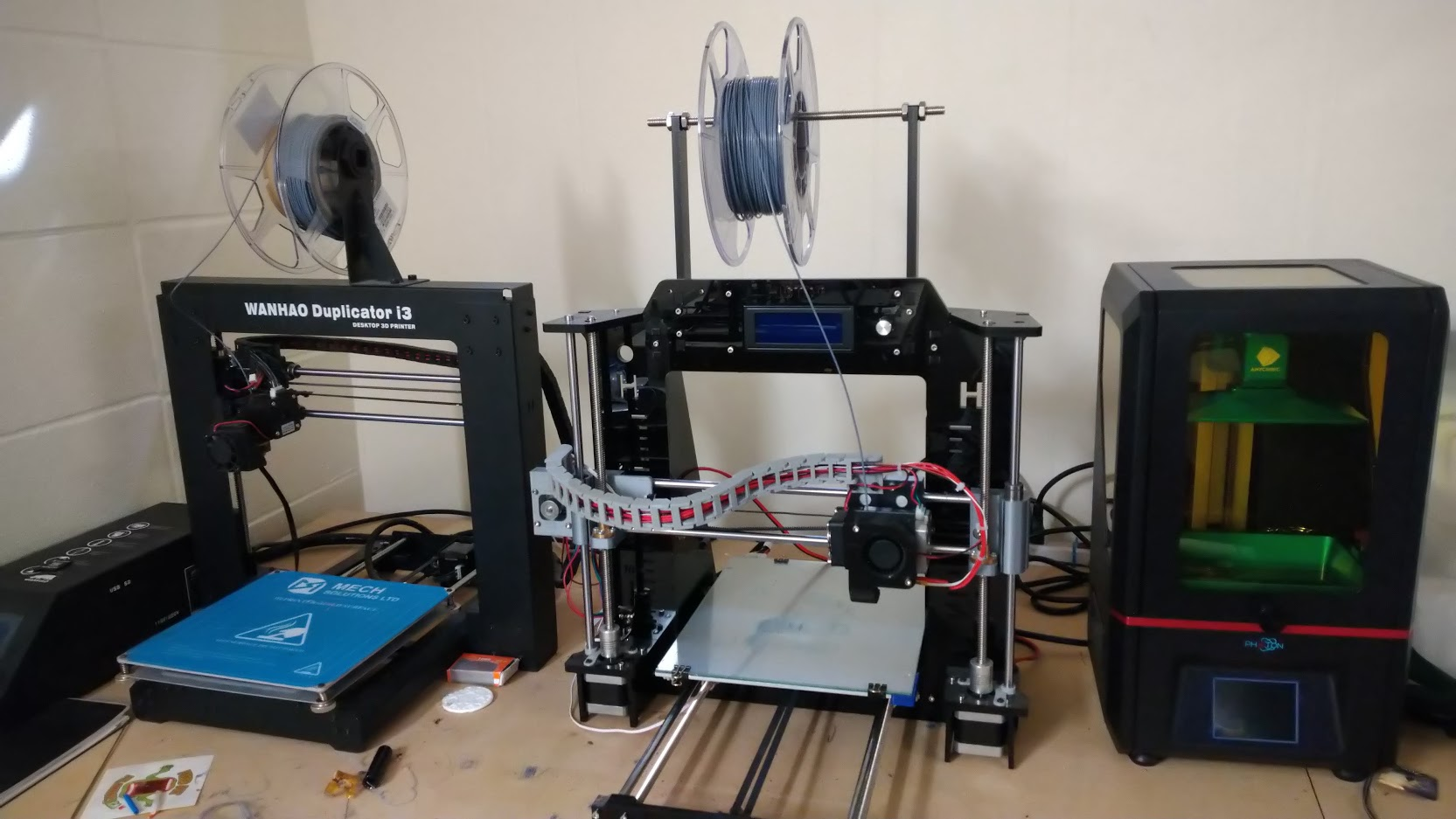 These are my robot children, all of them are good, some of them see more use than others.

The two Tevo Tornados are the workhorses that go constantly (when there's printer food) and are reliable running at a 0.2mm layer height at 60mm/s with PLA+. With their large print beds they can pump out a helmet in a day and a half on average between them. I've done some slight modifications on them but over the time I've had them (almost three years green, two years gold) I've had only a couple major failures that often were attributed to me being dumb or a stepper motor going bad.

The Wanhao Duplicator is my oldest machine (four years) and it's a tank that just won't stop. The only real thing I've changed on it is build surfaces and the wiring loom. For a first printer I can't recommend it enough.

The HICTOP is a bit of a Frankenstein machine that I rescued from another cosplayer and then started modding into an ABS bot. It doesn't see as much use but it does the job it needs to.

The Anycubic Photon is my first SLA resin printer and I have an interesting relationship with it. I want to use it for high detail parts all the time but the odor of the resin makes the workshop basically a hazmat region that requires venting so this is a summer months only printer.

I'll always recommend a Tevo Tornado (now owned by Homers) for it's size, adaptability, price and active support community. It's lacking some features of more expensive machines like filament runout sensors and auto bed leveling but that makes it easier to maintain, less to go wrong and saves you money to mod in features that you want later on.

Thanks so much, you guys were very informative!!! I've managed to talk to some friends in person and I've had similar recommendations, so far I'm leaning towards the chiron also since its massive and has overall great reviews. Much appreciated, hoping to be printing soon!

MasterChief7117 said:
Thanks so much, you guys were very informative!!! I've managed to talk to some friends in person and I've had similar recommendations, so far I'm leaning towards the chiron also since its massive and has overall great reviews. Much appreciated, hoping to be printing soon!
Click to expand...

Feel free to private message me if you have any questions about it! Two issues I recommend avoiding that goes for all 3D printers.

2. When you remove filament from the print head I would heat up the nozzle to the recommended filament temp. Push it in manually until you see filament come out of the nozzle then pull it out real quick. This will make sure you don't have filament grab onto the bowden tube and push it away from the nozzle. That can cause a clog in many places. My Chiron's filament out setting in the touch screen menu seems to cause these clogs sometimes.

Good luck with whichever printer you choose! Doesn't seem you can go wrong.

Agreed with Turbo, the tevo tornado is awesome!

Need help in converting the MKVII Armor from .PDO to .OBJ

Need help in converting the MKVII Armor from .PDO to .OBJ