Hello all!
On my last post about the MA-40 on my ODST build, I said I was going to write up a thread on how to set up the lights in both the torch and ammo counter.

I’m going to break this down into 3 sections:
Introduction and what you need, the torch, and the ammo counter.

x1 Eagle eye LED (You can find these here at: 2/3/4/10X 12V Eagle Eye LED Daytime Running DRL Backup Light Motorcycle Car Lamp | eBay ) (You’ll get two in one pack, but you only need the one)

X1 push switch (found here: 2PCS 12V Waterproof Push Button On-Off Switch With 4" Lead Wire Black | eBay ) (Like the Eagle Eyes, you’ll get two in a pack, but you only need one)

A Soldering Iron (If you’re like me and bought one specifically for this project, you can get one here: Silverline 643115 Soldering Iron,... https://www.amazon.co.uk/dp/B000O56TSI?ref=ppx_pop_mob_ap_share )

So effectively, we’re going to be making a torch and installing into the blaster.


The first thing I did was unscrewed the whole gun so I could gain access to the dummy torch. I removed it, hollowed it out and drilled two holes through the back of the torch. As I had the idea of running the wires through the hole and out to the switch. This ultimately didn’t work out, and I ended up removing the entire back piece of the torch. But I’ll get to that later.

I had planned where the batteries were going to go, which was going to be in the dead space at the bottom of the blaster. So I took my dremel and took out a chunk of the plastic to allow easy access to the battery.

Once I had that done, the circuit began to take form. Battery goes to the switch, switch connects to the light, the black wire from the battery and light connect to one another, thus completing the circuit.

What I was not expecting was how tricky it was going to be to wire up the switch from the inside of the blaster. Because it has that rounded outer edge, it meant I had to first secure that in place, and then wire it up inside the blaster. I connected two red wires to the switch, one from the battery, one from the torch with my soldering iron. This may take a try or two to get right, I know it did for me.

Once your circuit works remove the part of the torch that I have marked with a red ring. This will help the keep keep the wires from being crushed by the torch.

Screw the whole gun back together and you should now have a working torch.

The Ammo Counter has the same concept as the torch, with an extra LED.

I started by only unscrewing the ammo counter piece, so that I could gain access to the interior to plan the electronics.

I secured both LEDs down behind the ammo counter screen inserts with a piece of electrical tape and left the battery compartment free floating.

Using the soldering iron, I soldered all of the red wires to one of the switch wires, and all of the black wires to the other switch wire. Once the circuit was working, I put the whole thing back together, however it’s worth noting that you may want to cut the wires back slightly for a better fit.

That should bring us to the end result of both the counter and torch working! 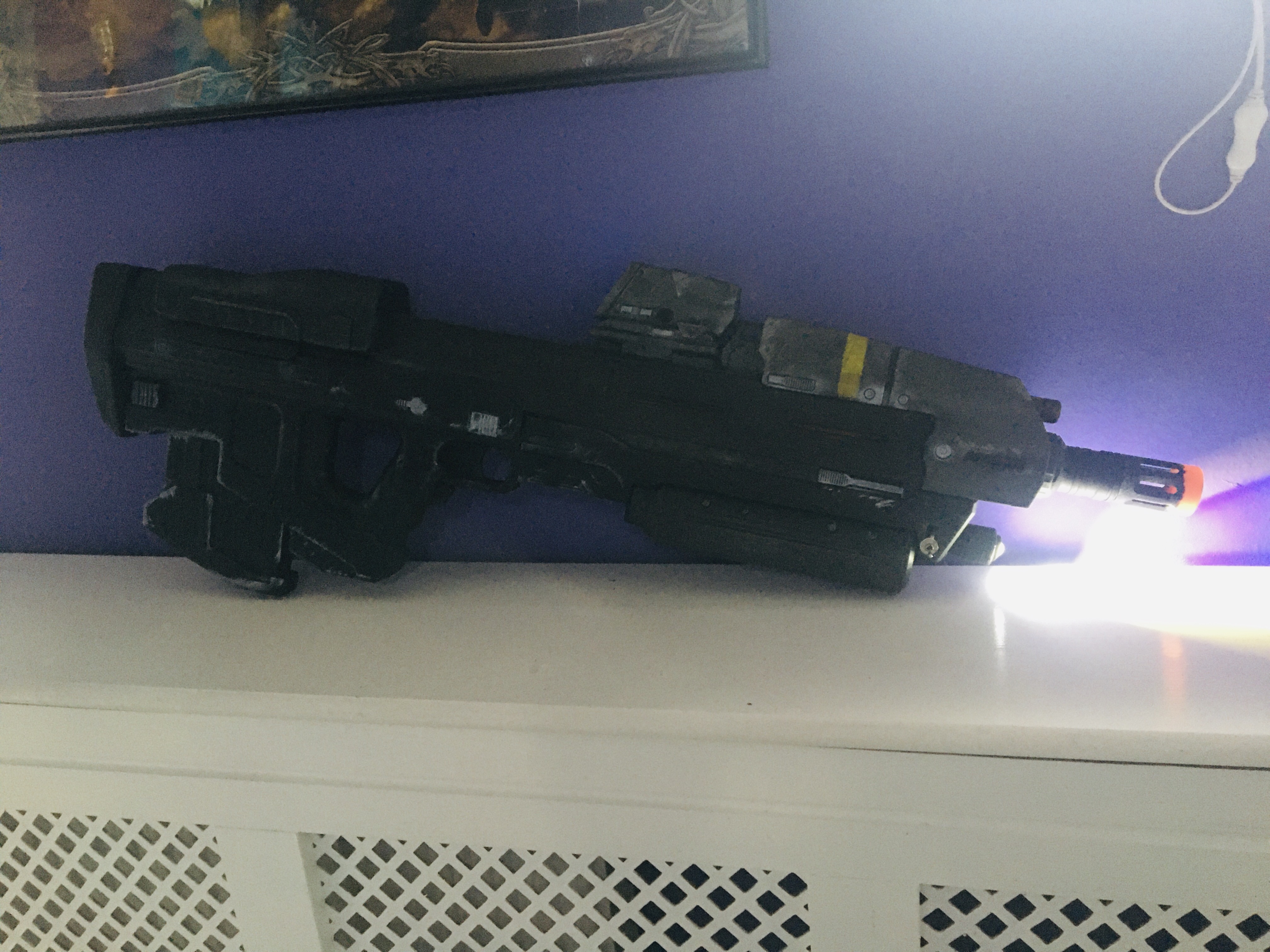 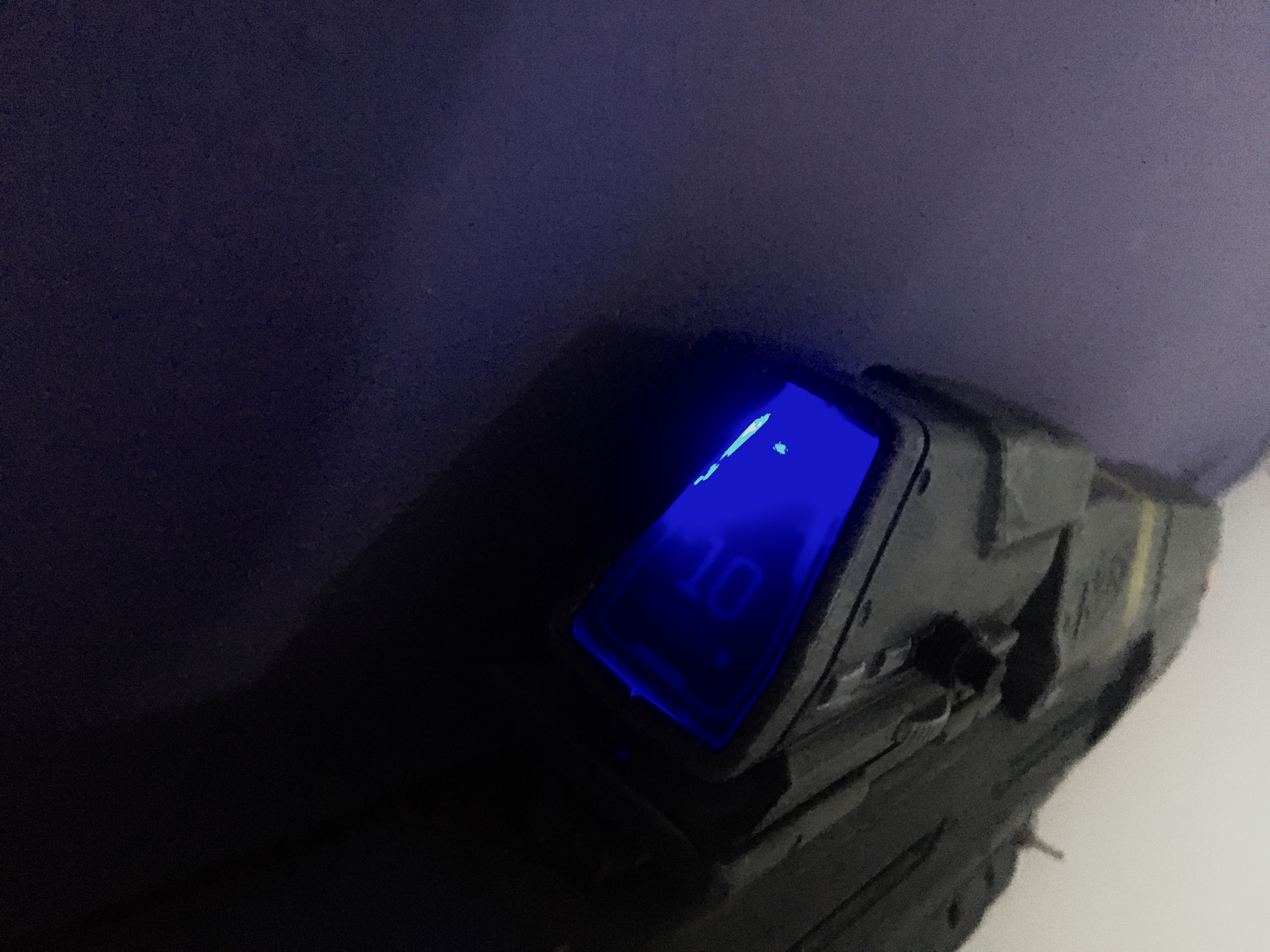 guys i've made an amazing discovery...

guys i've made an amazing discovery...