Did a solo mini photoshoot in the basement to get pics for my deployment application and added a few fun ones. Here's a few of the shots.

Looks awesome! Great work and that visor, love the shade of blue.

It's kind of fun working without the pressure of a deadline (re)creating parts. Got some boots constructed. Pretty happy with the toe caps, although might remake one of them w/ lessons learned doing the other.

Heels are just resting on the table, but they'll probably be attached to the front using elastic and an elastic band underneath the toe caps to hold them around the boots.

The method I used to attach the ridges was to cut them separately in order to have space to use my dremel and clean up the edges and then attach some thin foam inside and layer them on top of that.

Still needs cleanup w/ silicone before sealing, but at least they're assembled.

Nice work! These are gonna be beautifu;

Got a solution to get the inner section of the thigh plates. It's not game accurate, but close enough for my purposes. I took 2" elastic bands and layered them and then glued that into the thigh plate.

Makes it nice and thin, and pulls the thigh plate tighter around my leg which helps it hold its place.

Also got the boots attached so that they slip over top. I will be adding an elastic band that I can slip underneath the boot so that they stay in place.

You are doing a great job man! You are really cleaning up the suit well.

More updates to the suit. Going to a con near the end of August. Originally I had planned to build an entirely different suit, but by the time I made that decision there was no way I'd get the quality build I wanted in the time remaining. I could do a speed build, but I'd rather take more time on any new suit rather than rush it through. This suit was practically made via con crunches, so it just gets updates whenever I want to attend a con.

I've paired this down to 3 updates that I want to made for this con: top chest plate, fanny pack, and those baby shoulders.

Chest plate and fanny pack in order to switch from pepakura/fiberglass to foam, and shoulders to scale up to something not so laughably small. 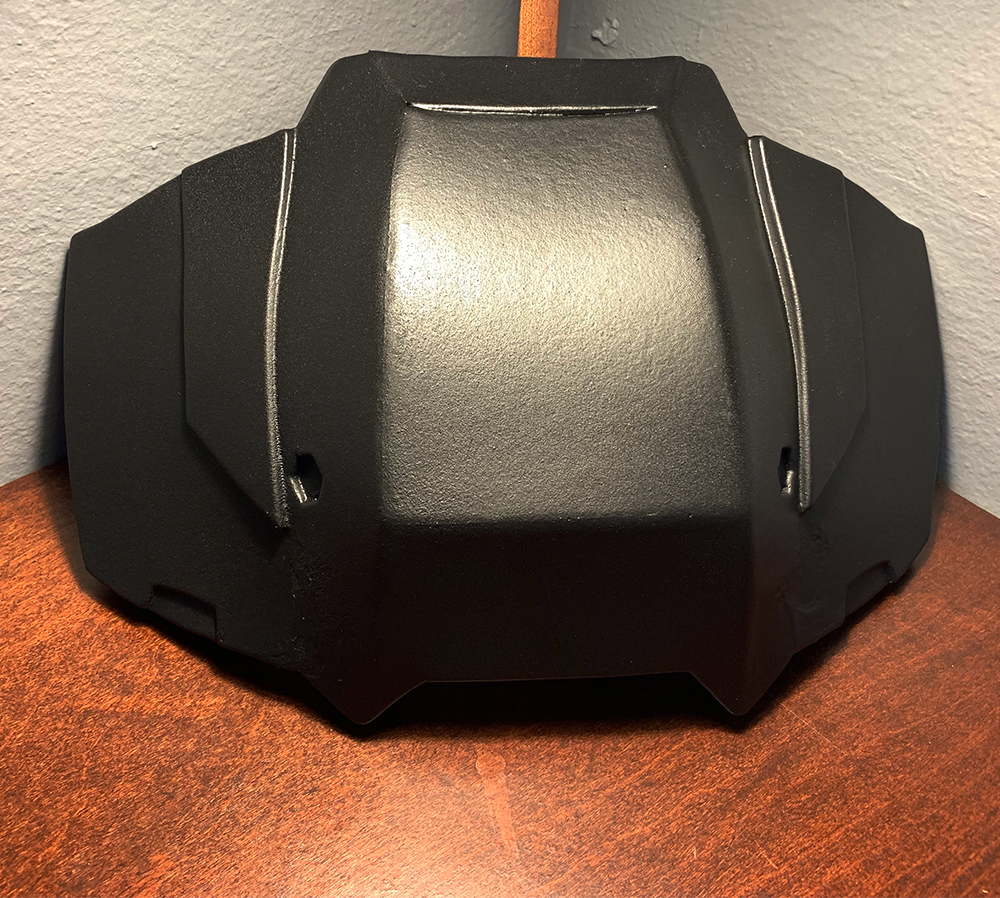 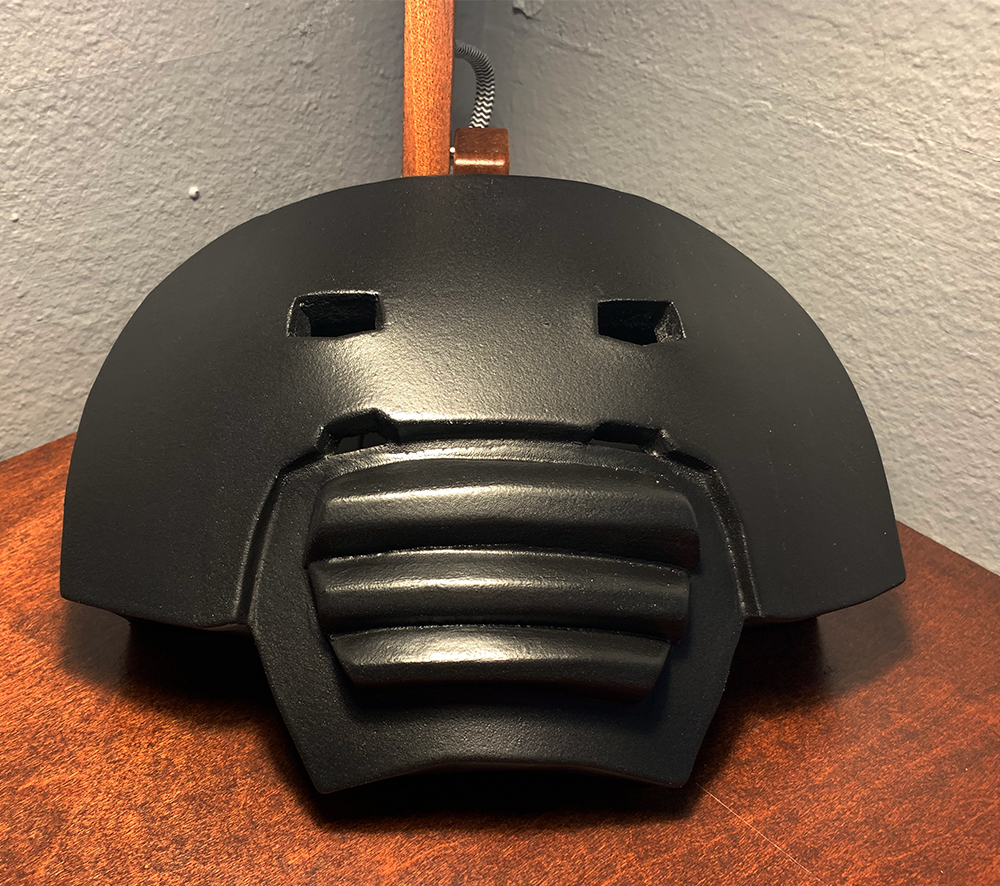 Chest plate and fanny pack have both been constructed, seams filled, and coated with LeakSeal. They just need to be sanded a bit before painting. 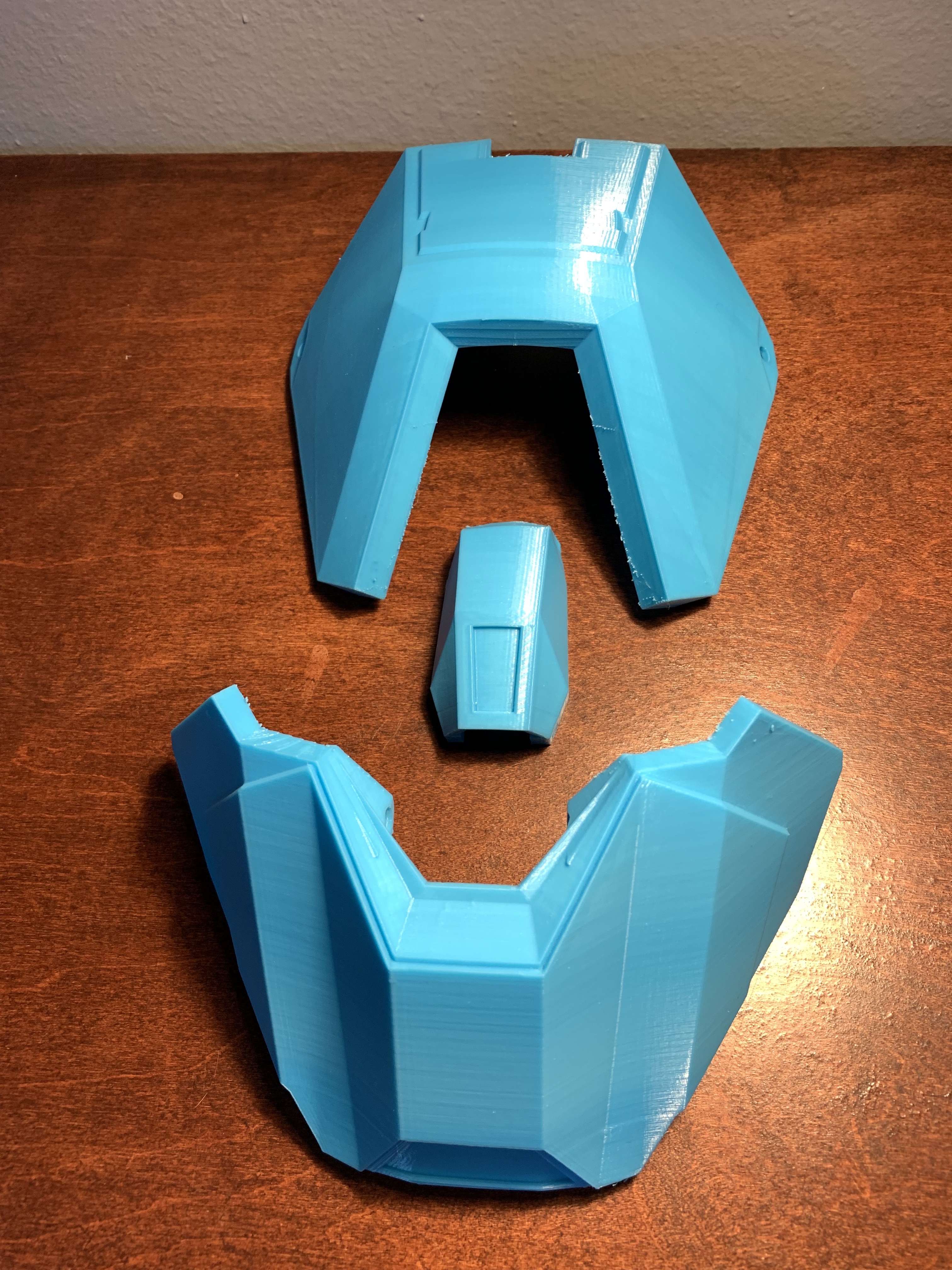 I'm currently printing the last piece of the second shoulder, but here's the parts of the first one raw off the print bed. Obviously they need sanding and filling. I'll probably go up to 320 grit on those.

The major debate that I'm going on right now is that eventually I want to do a full repaint of the suit. I'm trying to consider if I want to go that route now or wait/plan that more than a few weeks from convention time.

15 days remaining to get this suit back into con shape (assuming it doesn't get cancelled by then). Rebuild items are in the weathering and strapping phase. Following that I simply have to repair some strapping items that failed because I never leave enough time to properly set up/secure my strapping mechanisms (and I have a feeling this time will be no different).

I'm still semi-hopeful I'll also get some grenades done (they're already printed) to carry with me, but they are the lowest priority items right now. 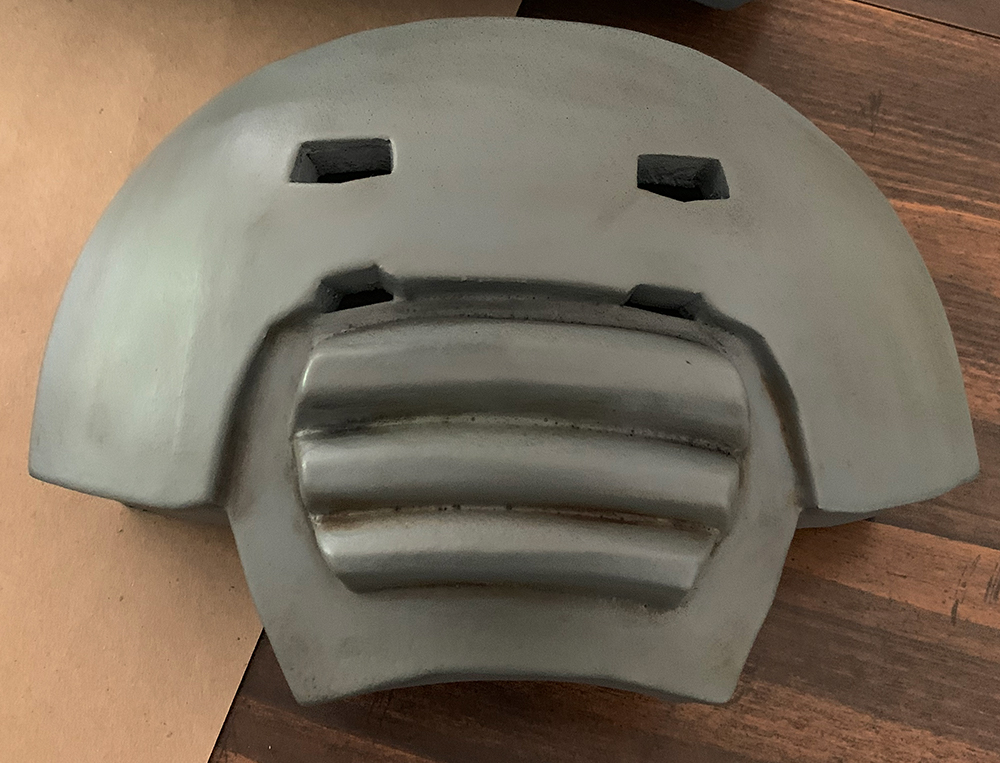 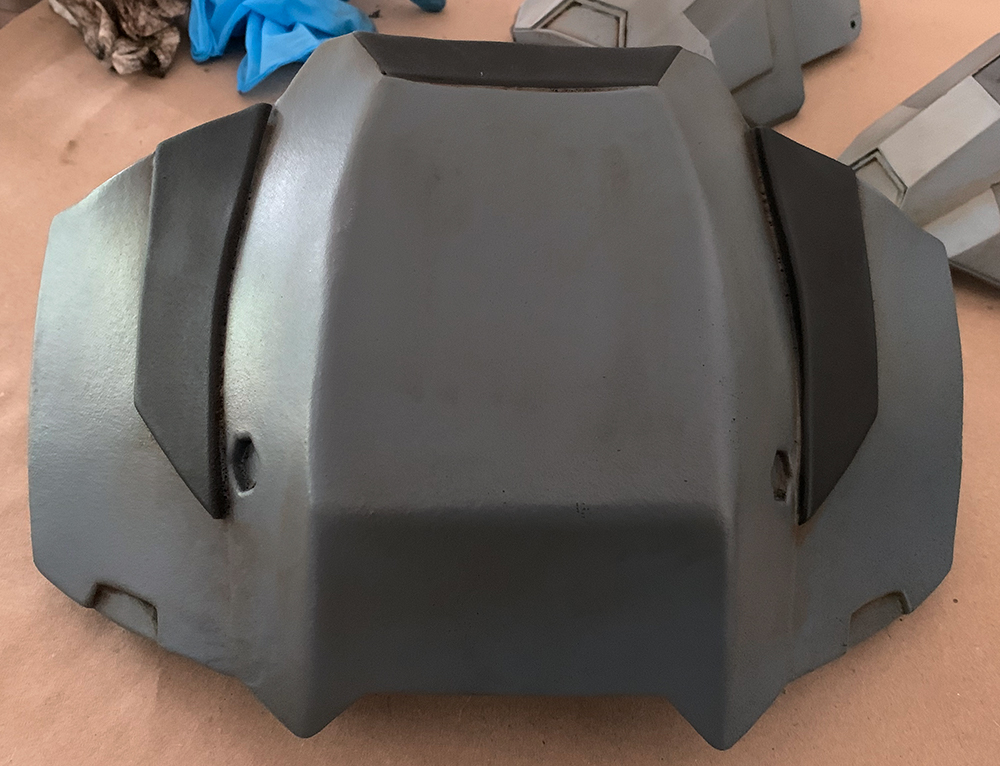 Adding the grime look, still needs scratches and such added 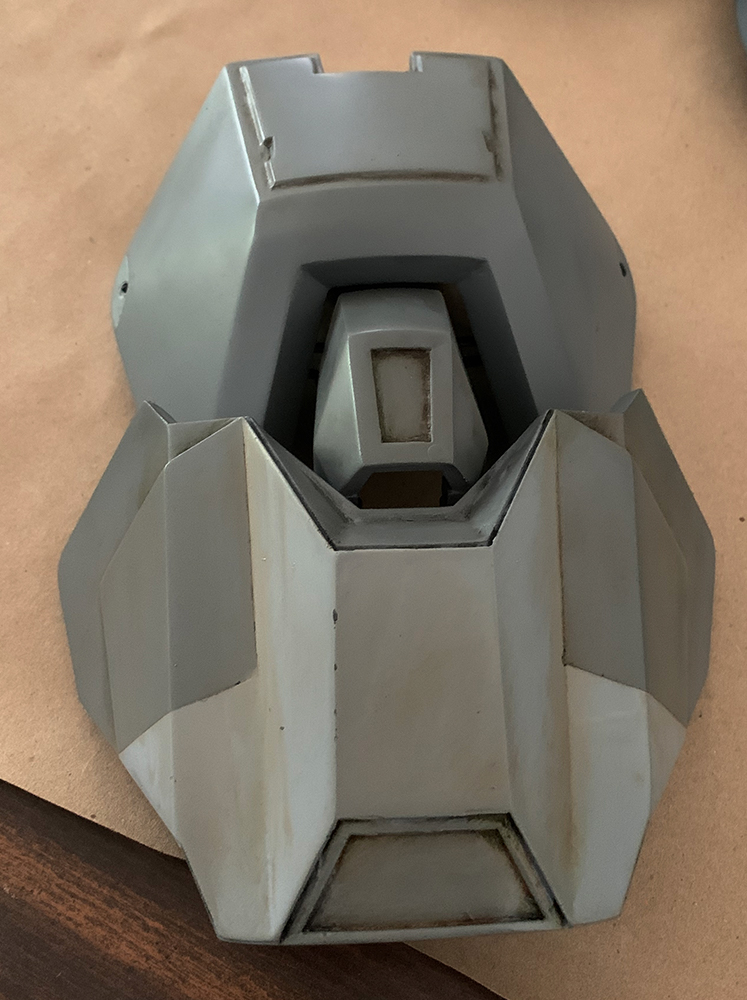 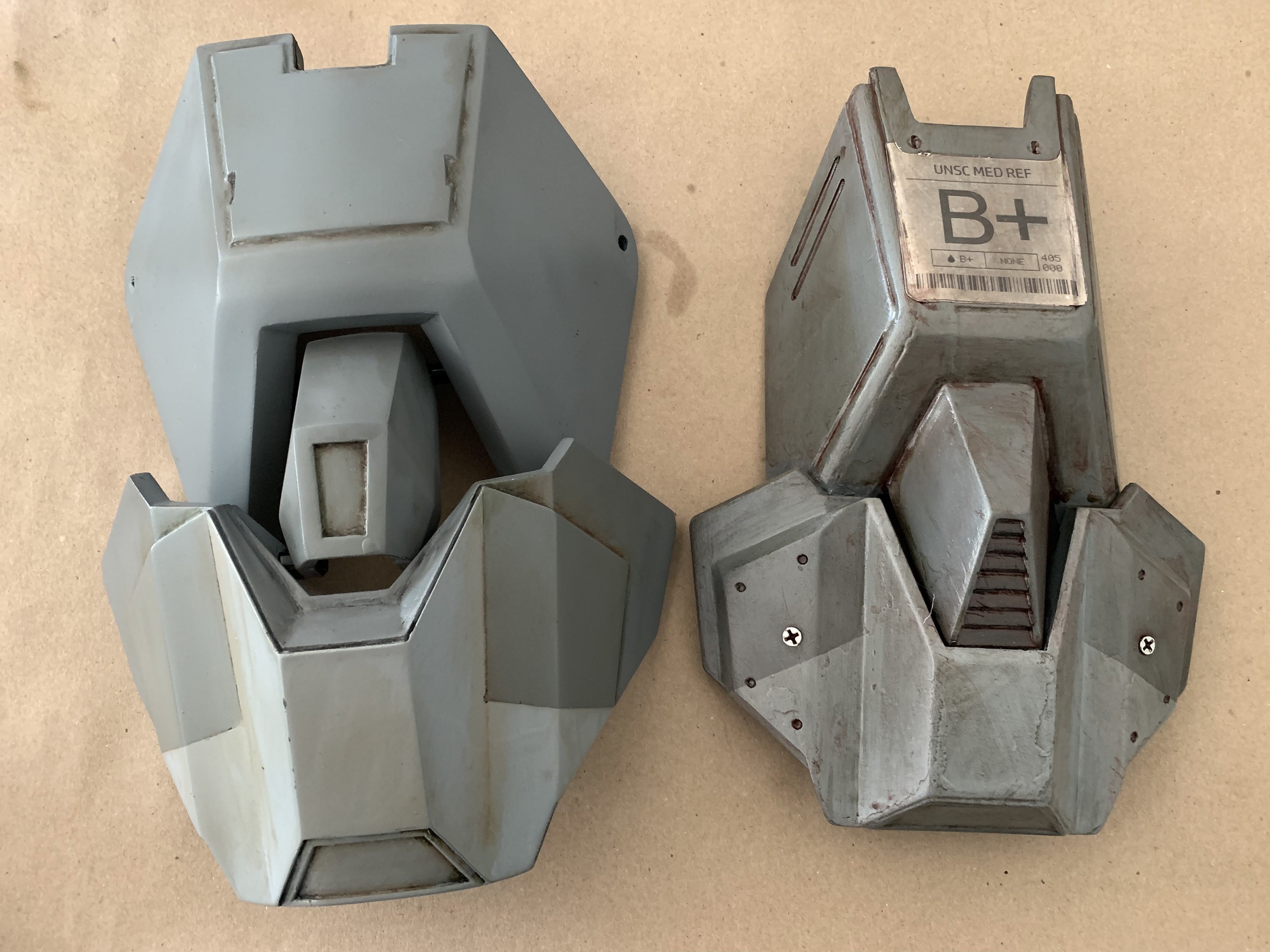 Left: One of the shoulders partially through weathering, Right: New Shoulder vs. Old Shoulder 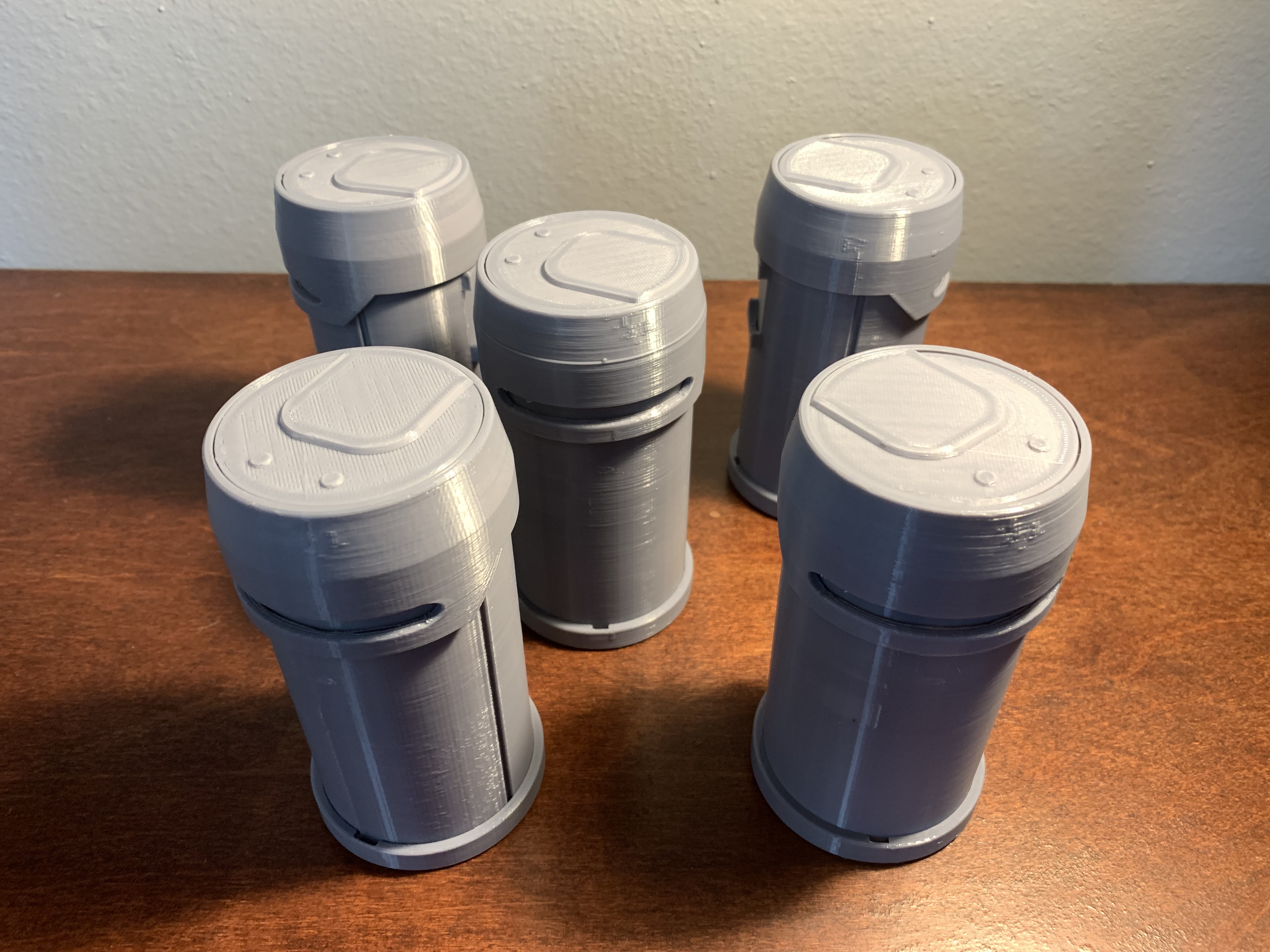 Grenades fresh off the print bed​

Yesterday at 4:55 AM
The Makyr

Yesterday at 4:55 AM
The Makyr