Adding storage to costumes is usually a pain so I have a habit of turning things into containers (water bottle BioFoam, donut holster Hard Case, etc.). Recently I've been in a bit of a crafting slump so this dumb idea came about as an opportunity to dust off Fusion360, rebuild and brainwash some printers and just do something fun that would slightly progress my work on Lance Corporal Sparks.

Previously I had designed some Flashbang canisters for Rinzlerr's ODST that we didn't end up using since they'd get in the way of his camera equipment belt so I wanted to rework them to match the references that NobleofDeath16 pulled for the Halo 3: ODST ODSTs while still fitting my need of Beyblades. I'm making belt holsters for Beyblades.

The island I live on has zero current active cases of COVID-19 so we braved Walmart for the first time since February. We snagged one that came with a launcher and was on the bigger side assuming that this is the largest and this design can work for pretty much all others without scaling. It's red. 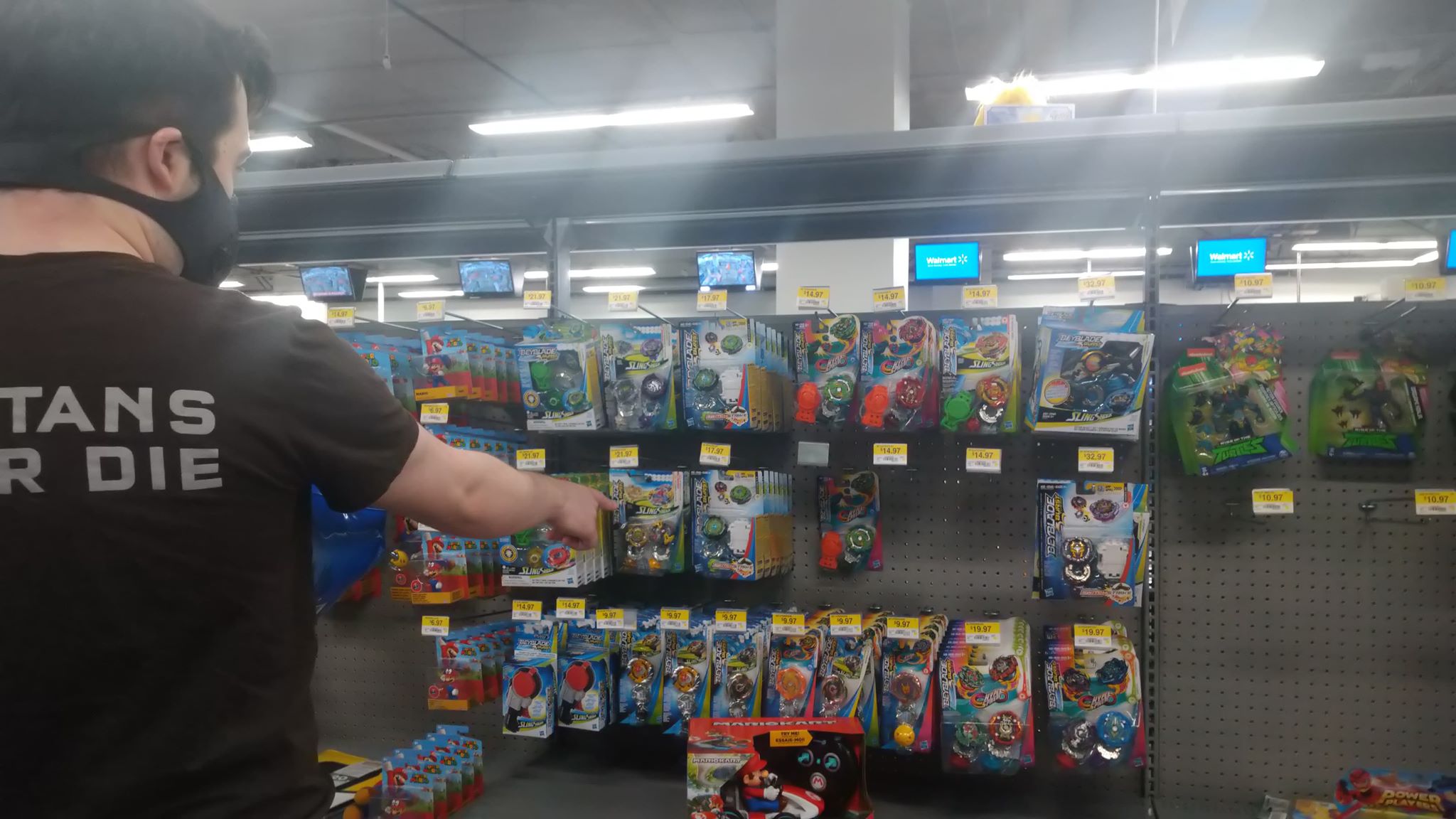 In Fusion360 I edited the design for the outer faces to be more accurate to the in game appearance, improved the twist lock, added a seat for Beyblades so they won't rattle around and reworked parts for optimal printing. Here's a cutout for the five main pieces and the optional two internal holders. 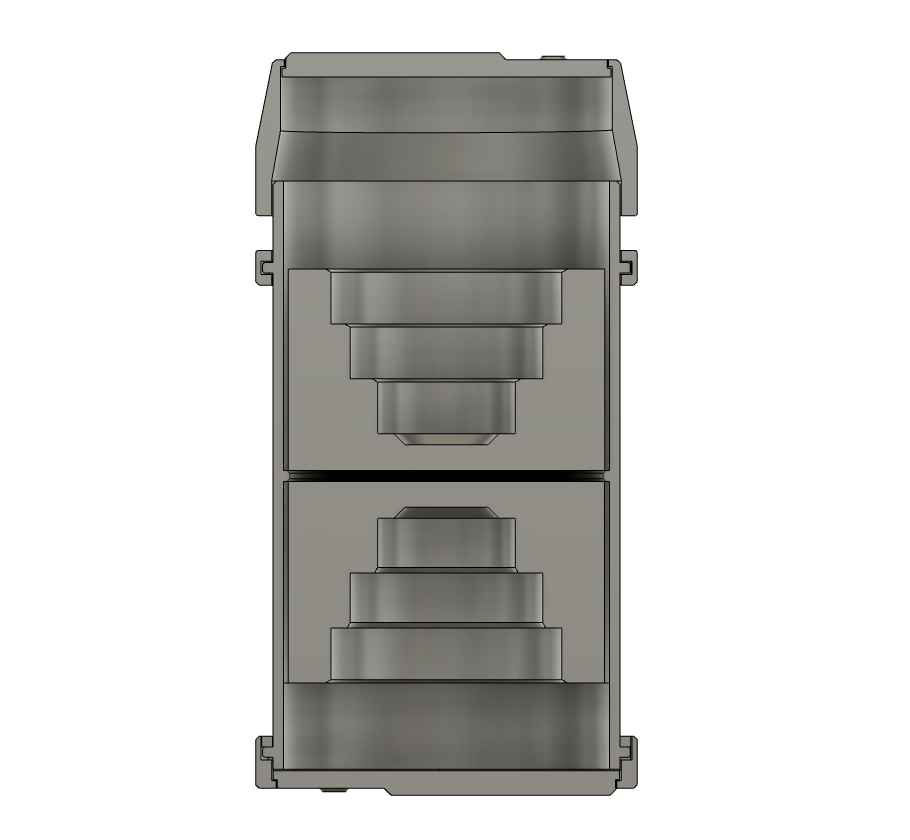 Several hours later and we have a new collection of parts that snug together. With the longer launcher that came with my Beyblade, the lower section twists off to reveal the cool Red and Gold Beyblade (best two teams) and the top cap twists off to reveal the rip-cord and launcher. With a full ODST loadout of three flashbangs per hip I could carry five of each spin direction and two launchers. This is the best. 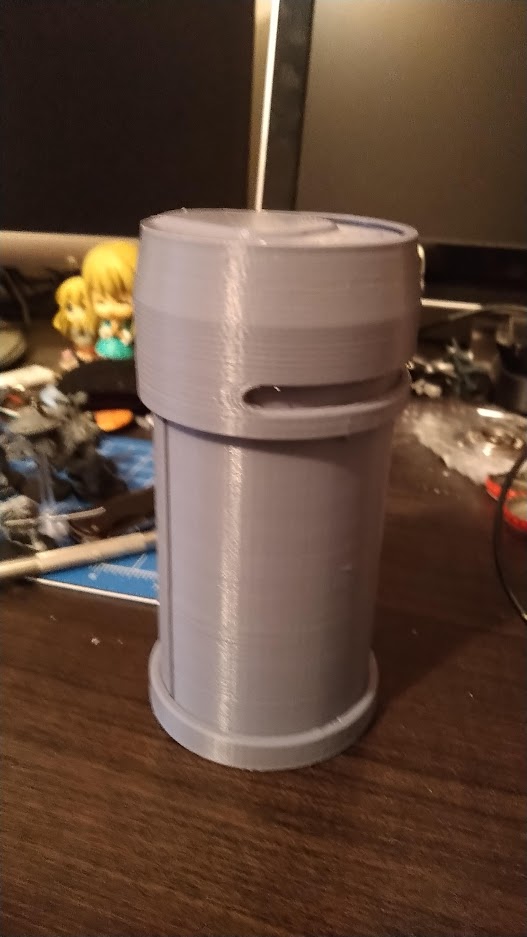 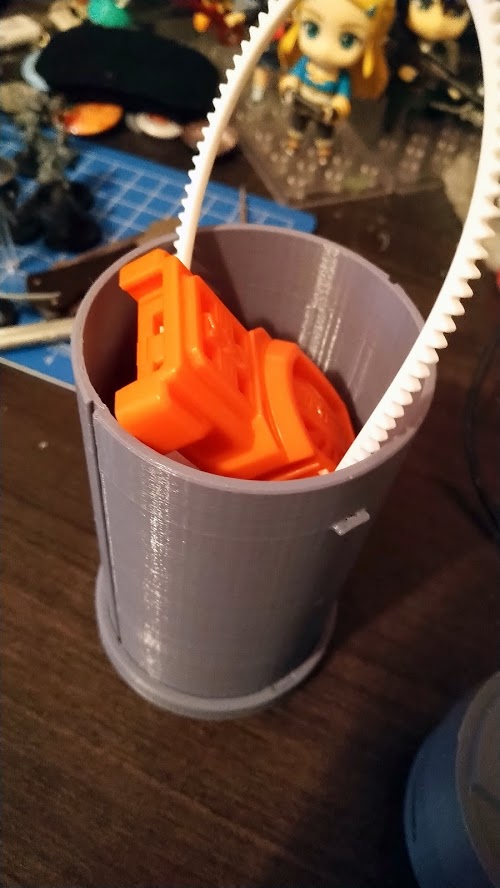 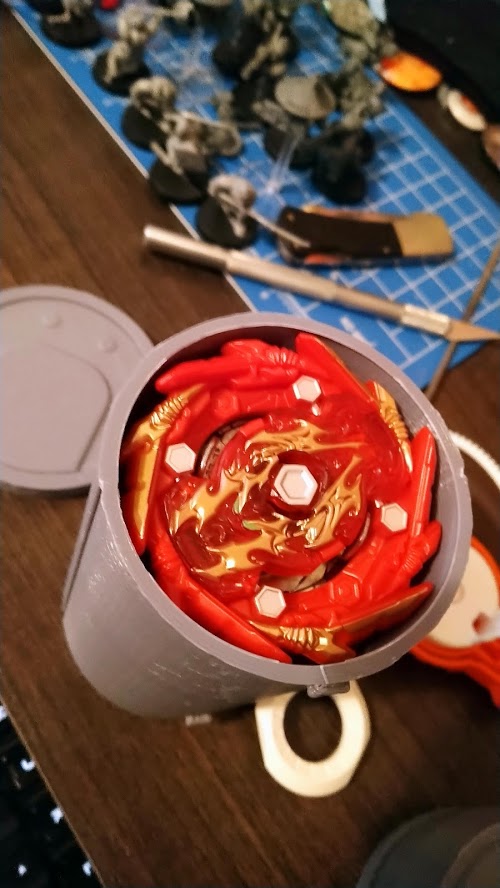 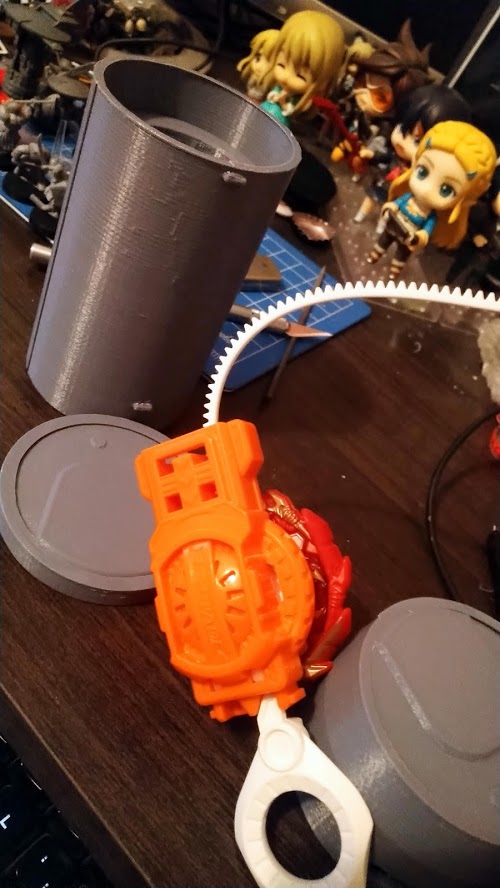 We might also be starting a local Beyblade league in the cosplay community.

The topic of weapon add-ons, what is canon or not?