Don't get me wrong, I love my CQB SPARTAN-III but after two years it's starting to show wear in a few spots from being tossed and banged around the western part of North America. For an upgrade that utilizes different techniques and lessons learned from the various costumes and props I've built since early 2018 I want to tackle a character that we know very little about and have very few visual references for. 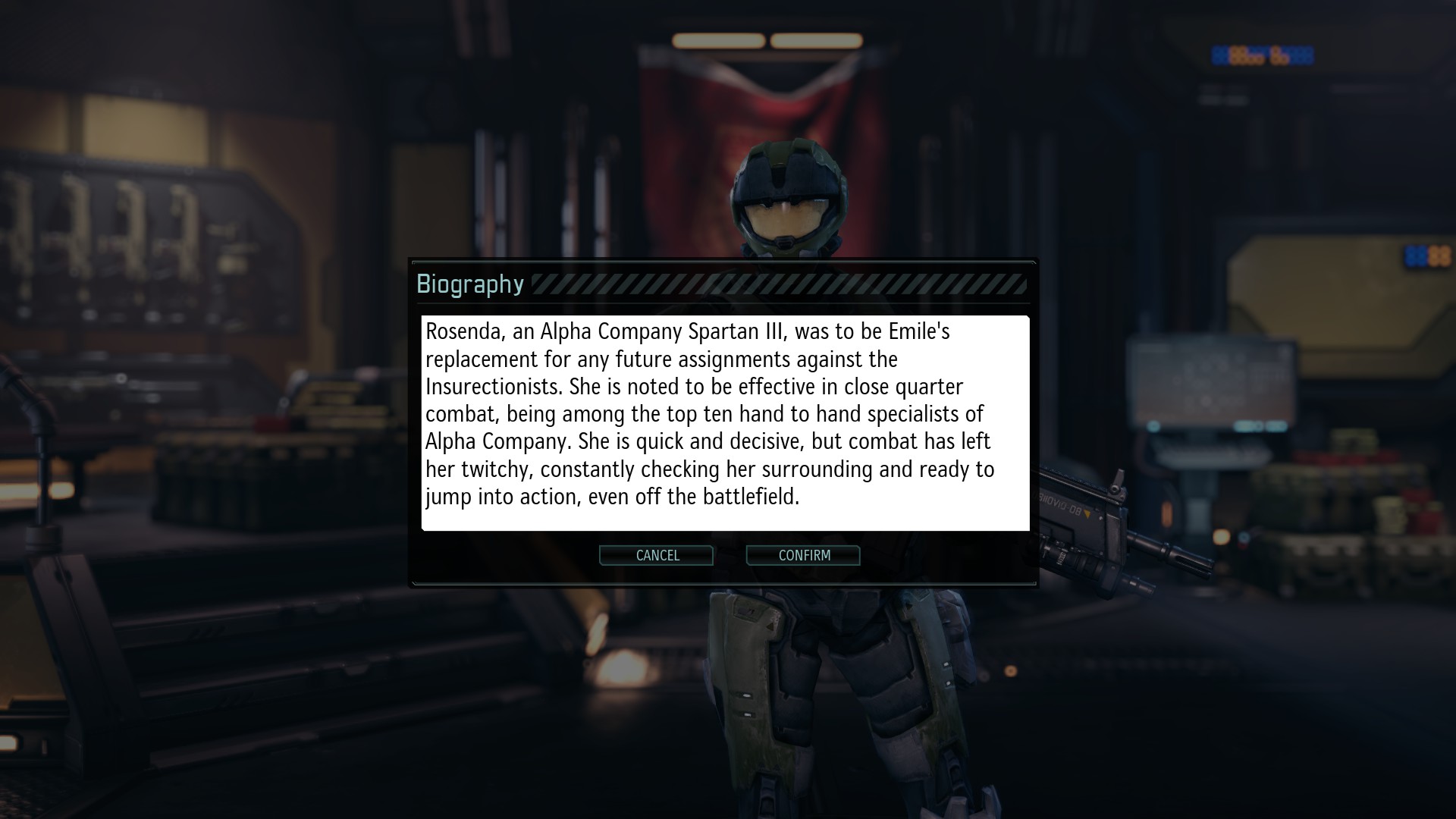 Think of it as a freebuild character but going for accuracy to flesh out what limited 2D images we have of her and bring her into the real world. From the PAX 2010 Bungie panel we saw the Noble Team members and their concept loadouts, Rosenda is the third from the left. 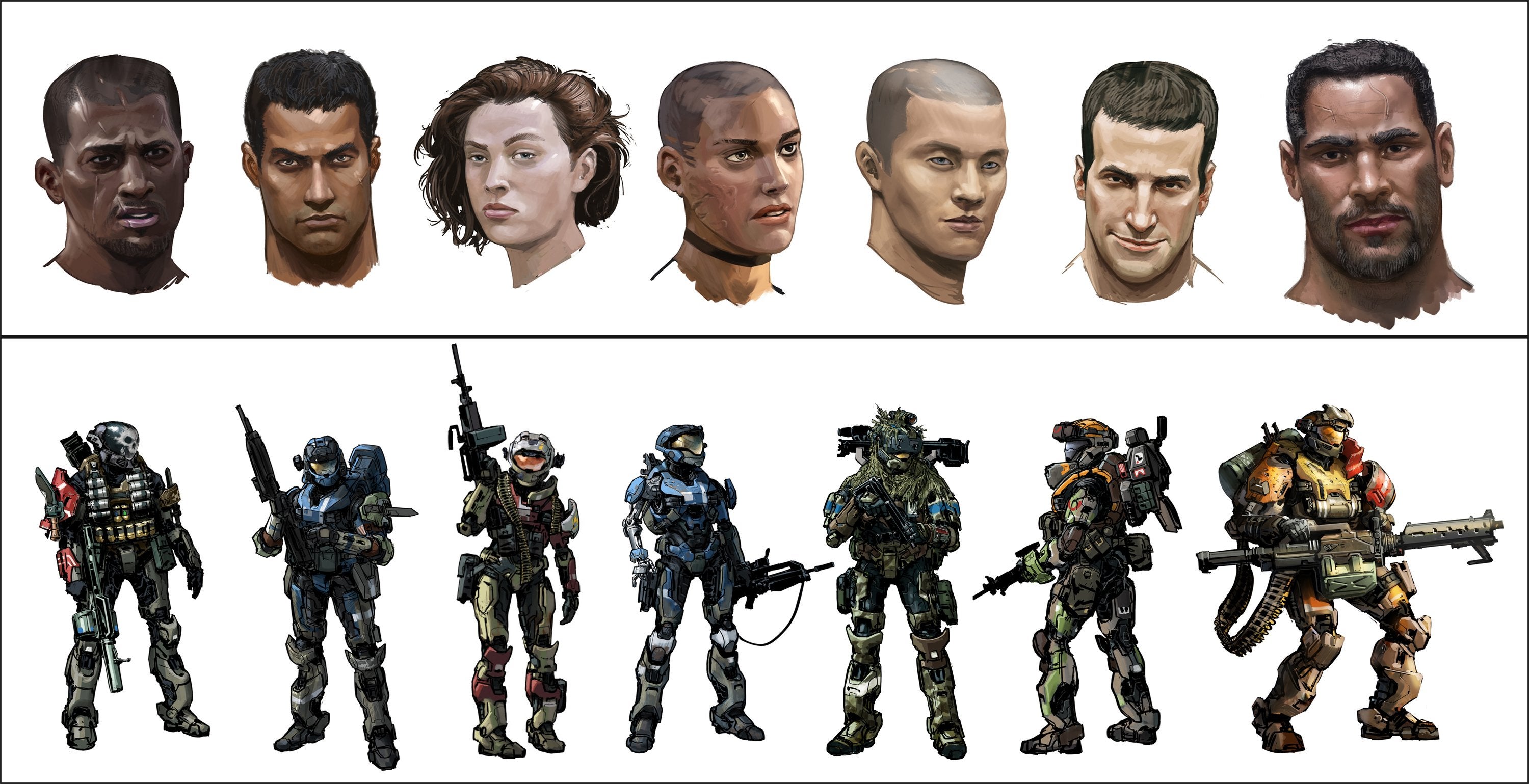 The good thing is there is several dynamic poses of the seven members of Noble Team so that I can piece together a rough three view orthographic projection and work backwards to create a model. For certain parts that have a rough analogue with in game armour pieces I'll be able to fill in the blanks but for the most part this will be a lot of guesswork and going with what looks good while still matching up to the concept art that has the Bungie stamp of approval.

Overall the plan for this suit is to go with a hybrid build method of foam and 3D printed components as well as some other materials to improve upon comfort and wearability of my previous two SPARTAN operatives. I'd like Rosenda to be even more nimble then my other builds so there will likely be plenty of foam pieces on the lower body and more 3D printed parts further up since they're always the ones that I seem to cause the most damage to in foam.

As usual I will use the original post as an index to link to other posts of note as well as a tracking sheet for progress and material consumption.

From that description it sounds like Rosenda has PTSD.

In all seriousness though, I am really looking forward to another TurboCharizard build! You do great work, my friend, it's always a pleasure to see what you turn out!

Rosenda most definitely has PTSD but at least she won't go kookoo bananas when Insurrectionists show up (which was kind of the reason the SPARTAN-III program was made?) like Emile apparently might.

So what you're saying is I shouldn't tell you my next down the list of SPARTANs to build...


Sean Anwalt said:
In all seriousness though, I am really looking forward to another TurboCharizard build! You do great work, my friend, it's always a pleasure to see what you turn out!
Click to expand...


This thread started with a few blanks filled in for progress and the major one is that I've spent this past weekend (my first one not working, at a con or doing stuff with the fam jam since... October or November?) and just pushed through Rosenda's helmet. All the modelling was done in Fusion 360 and I think it turned out pretty good for the short amount of time spent.

Since CplYapFlip will be using one of these helmets for her SPARTAN-III I made sure to also model all the possible attachments in case she changes her mind or if our other local SPARTAN friends need a lid. 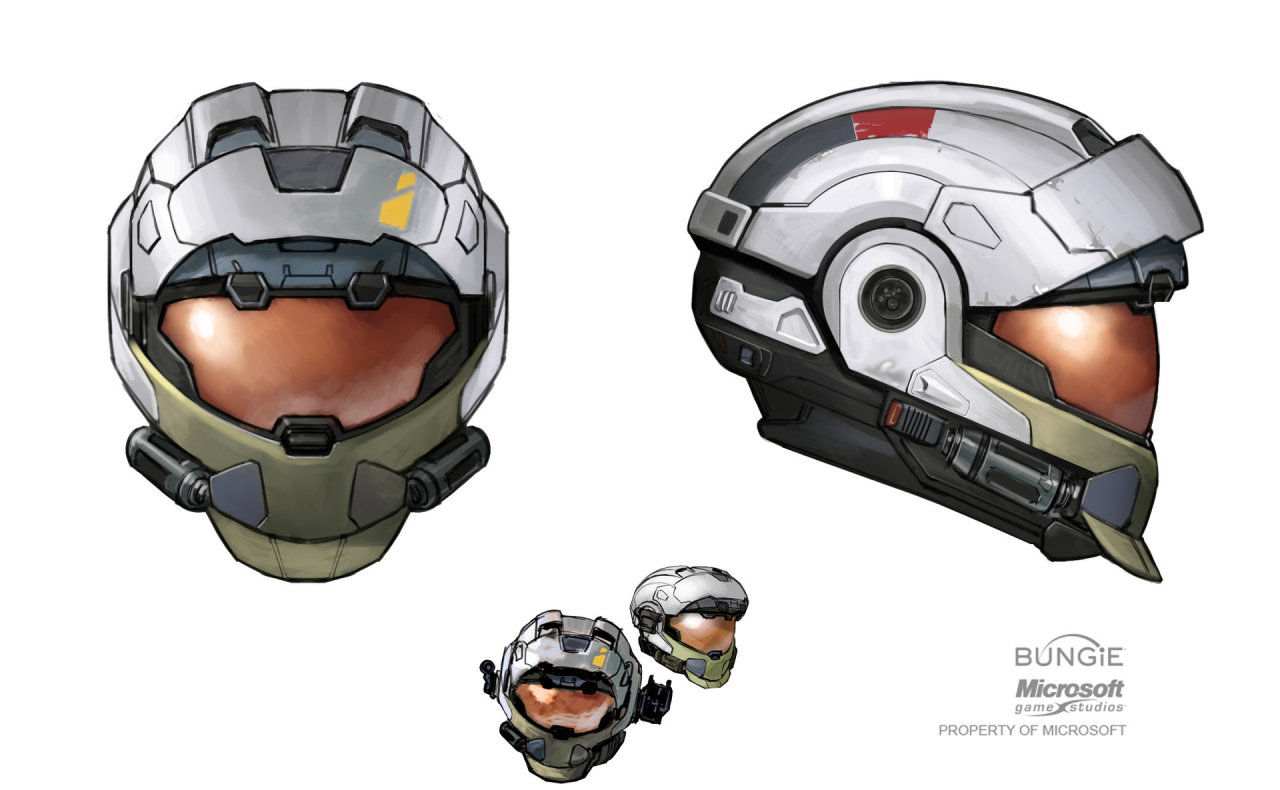 In canvas screen grabs of the different permutations completed. 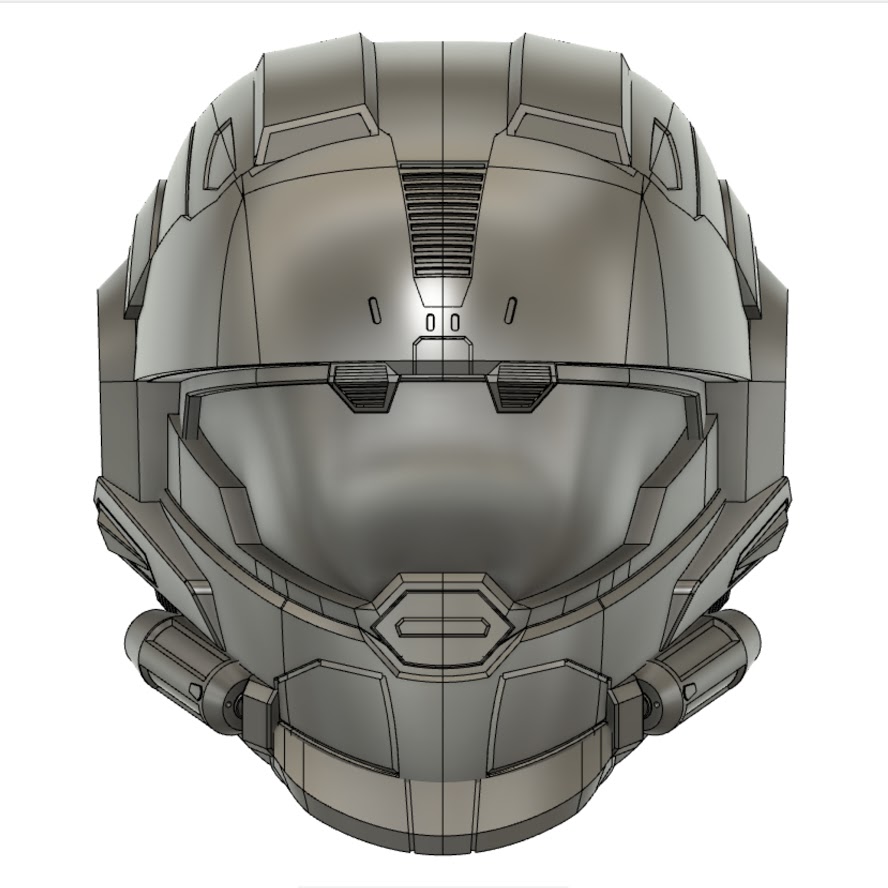 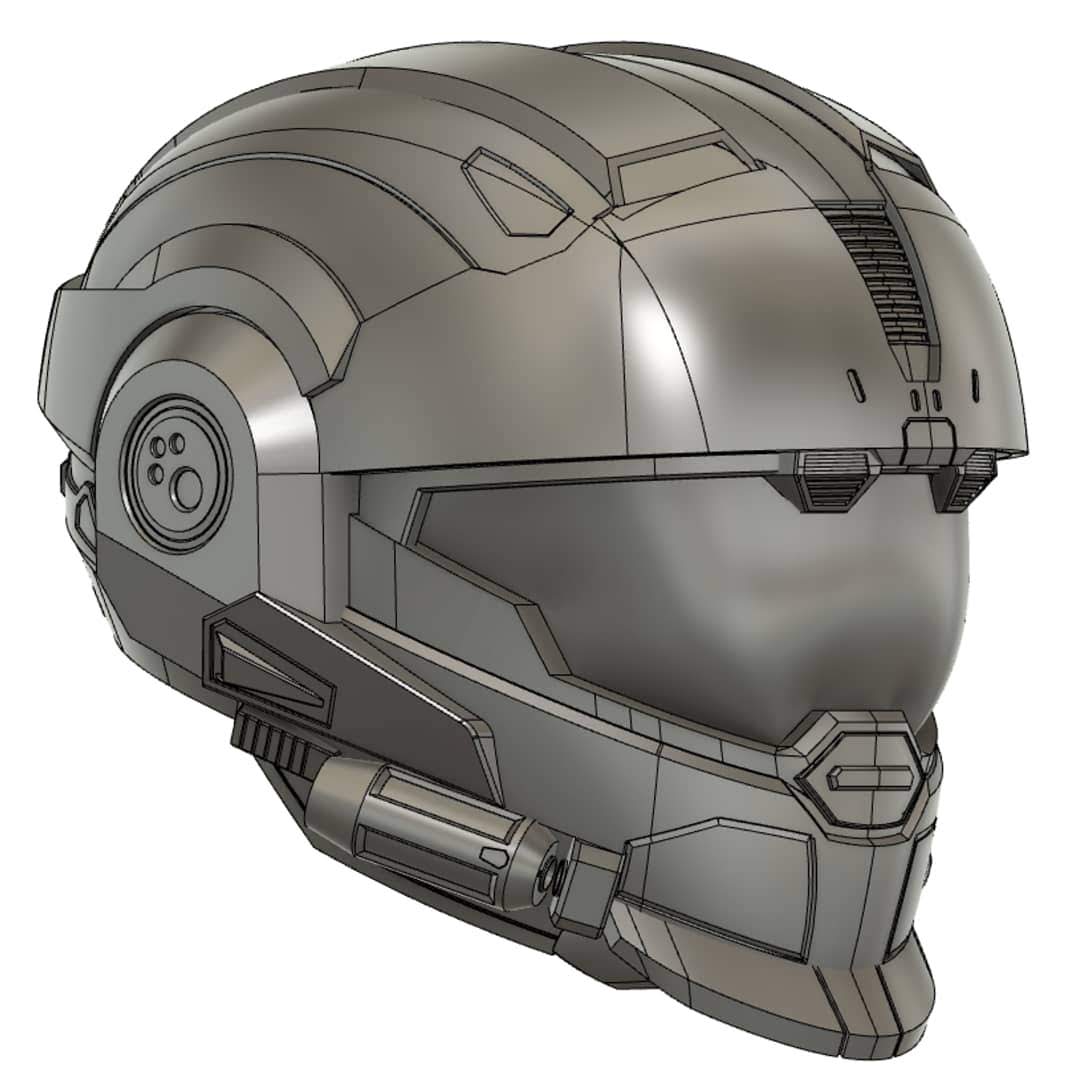 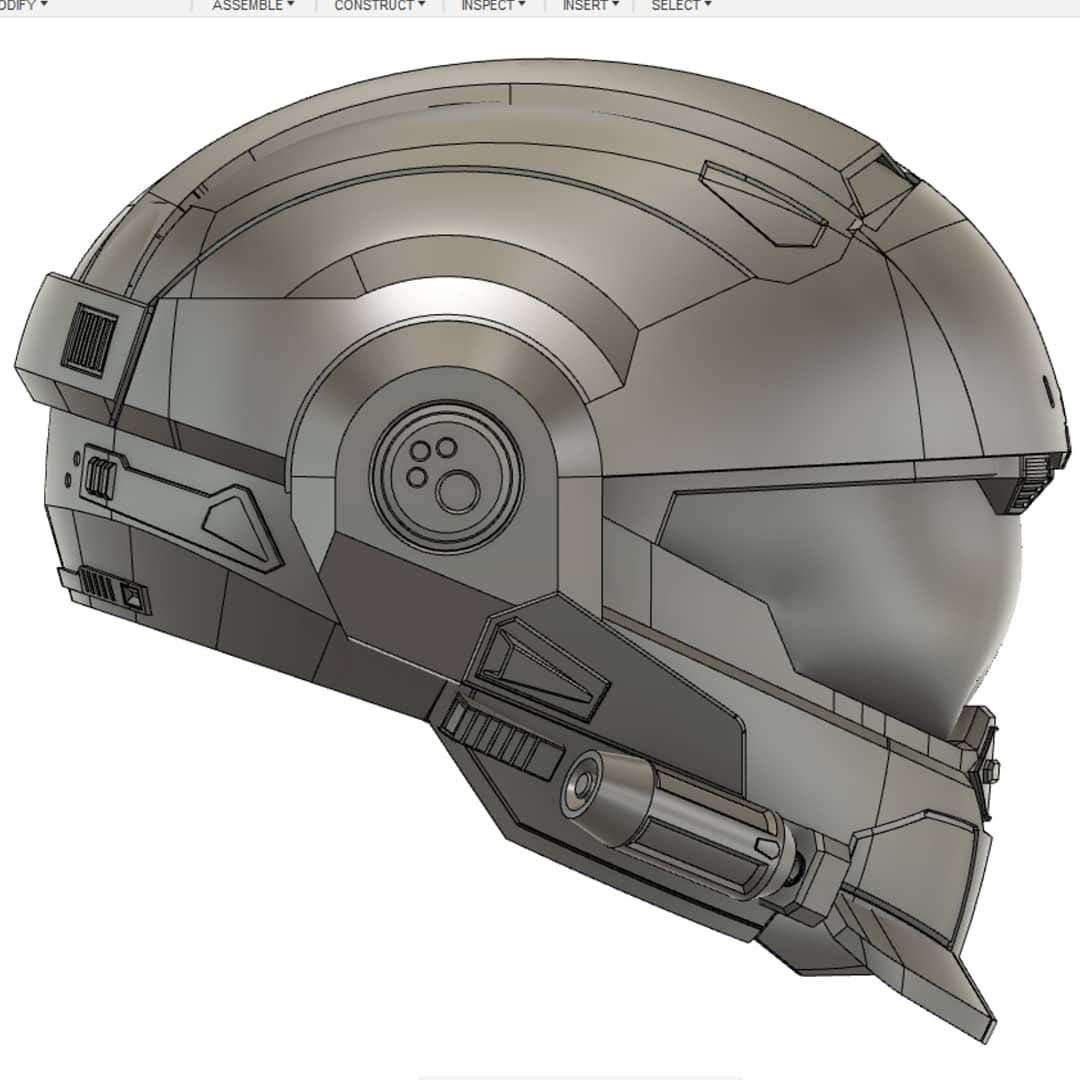 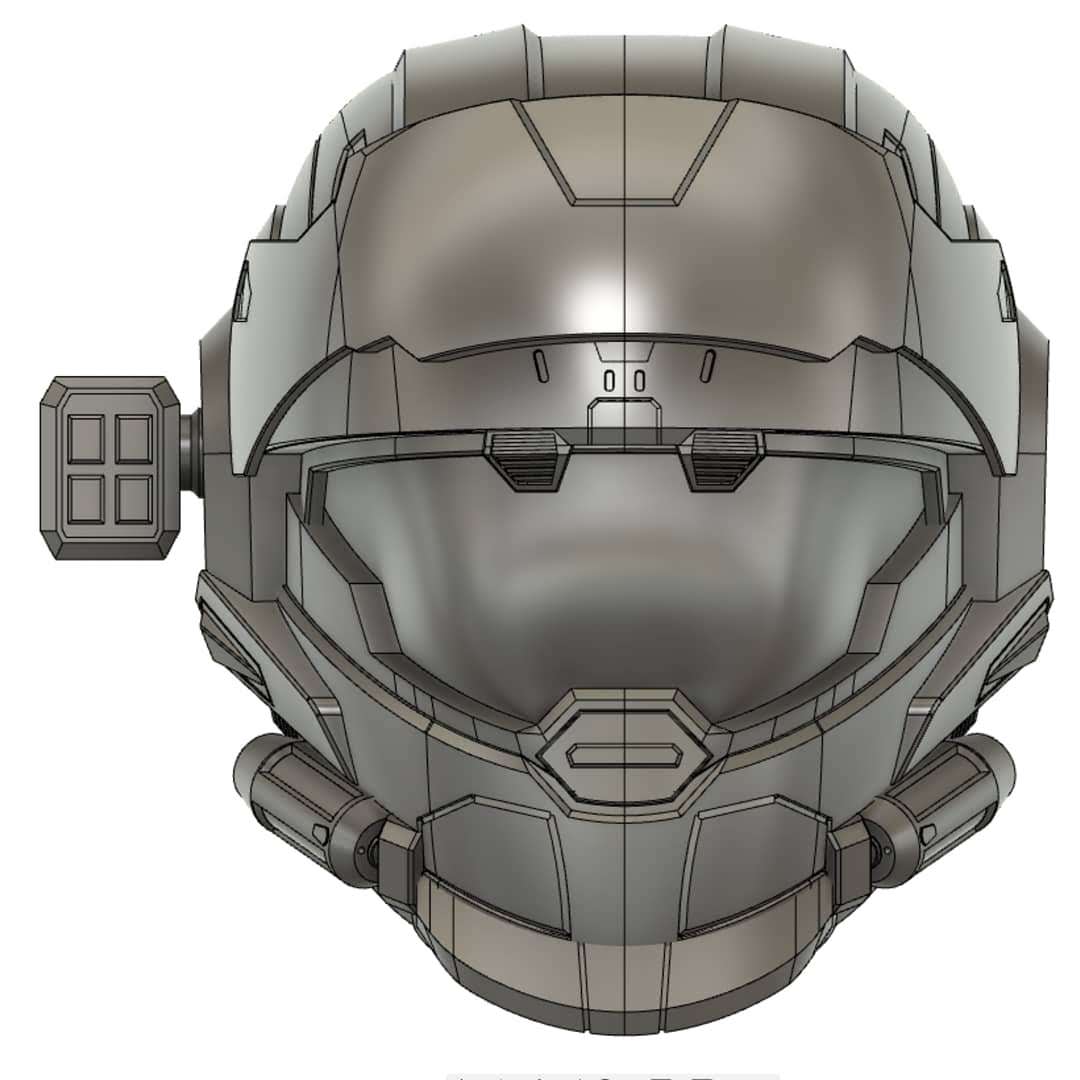 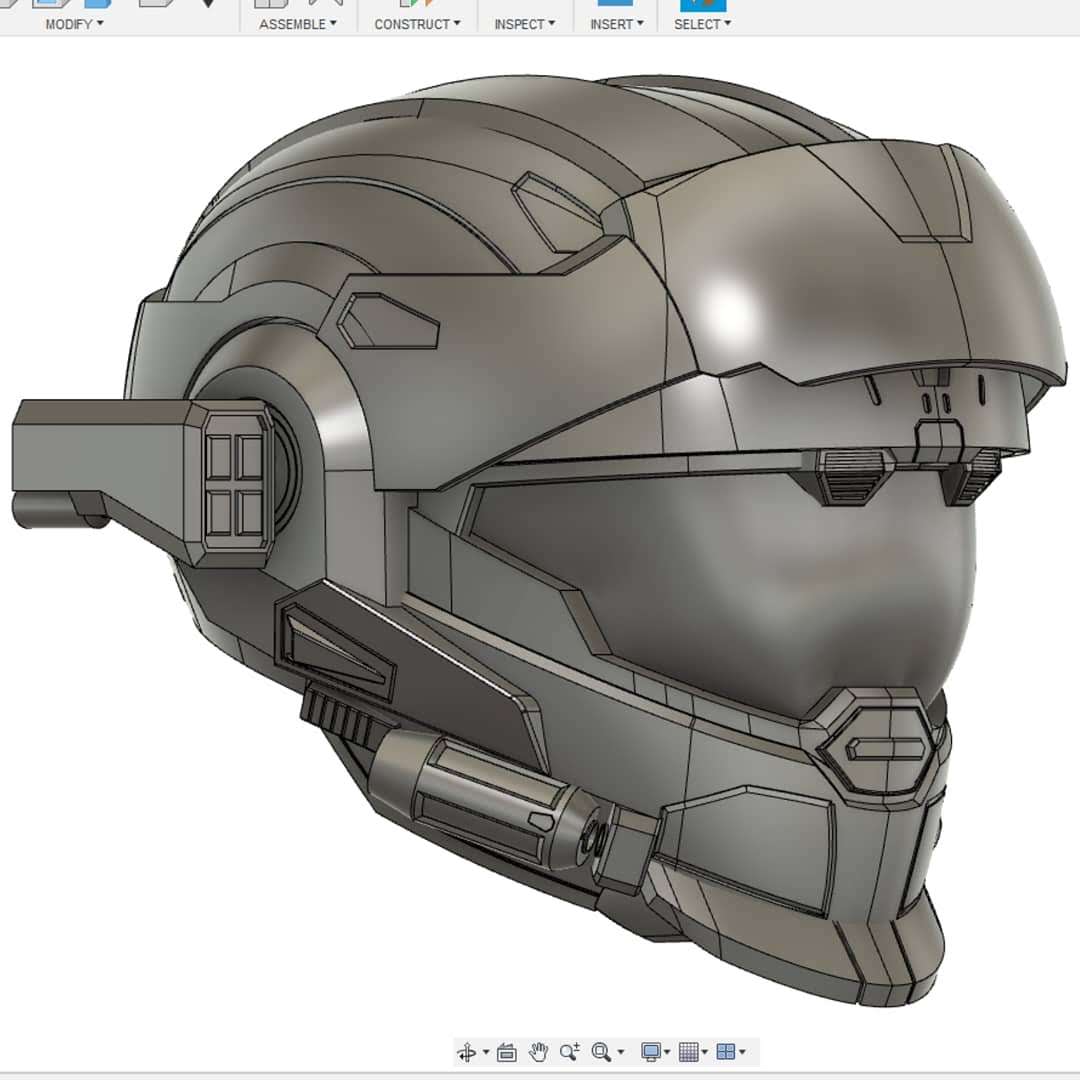 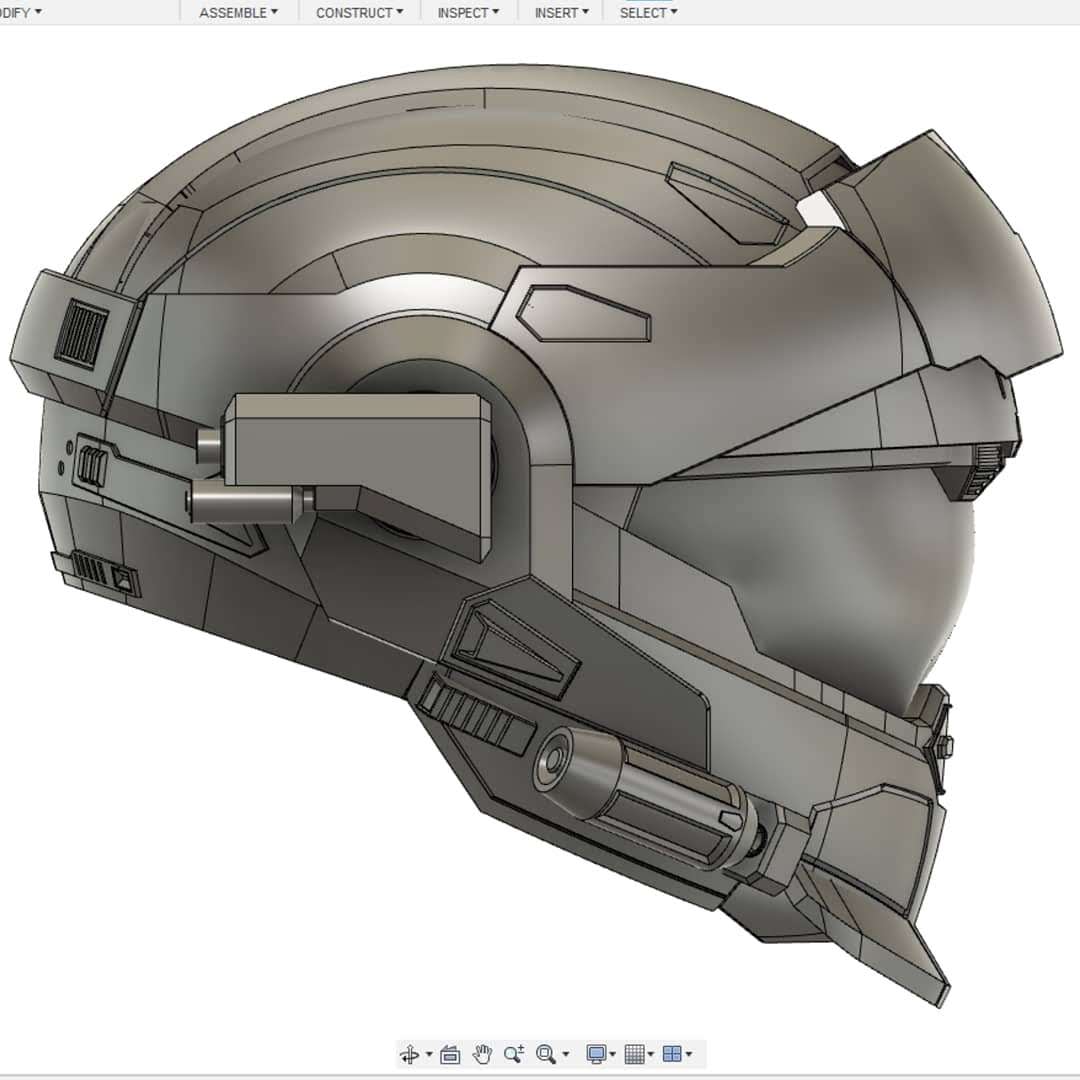 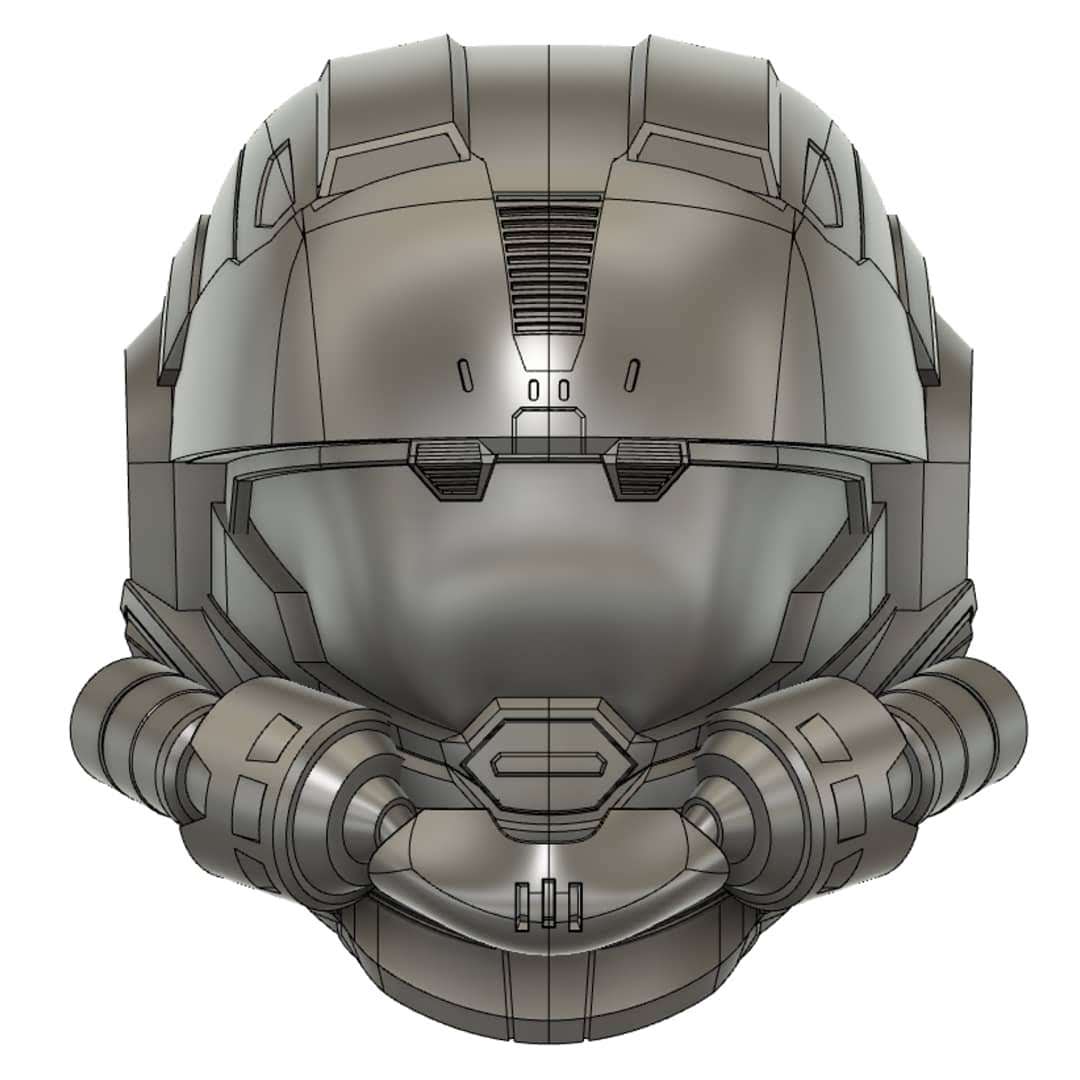 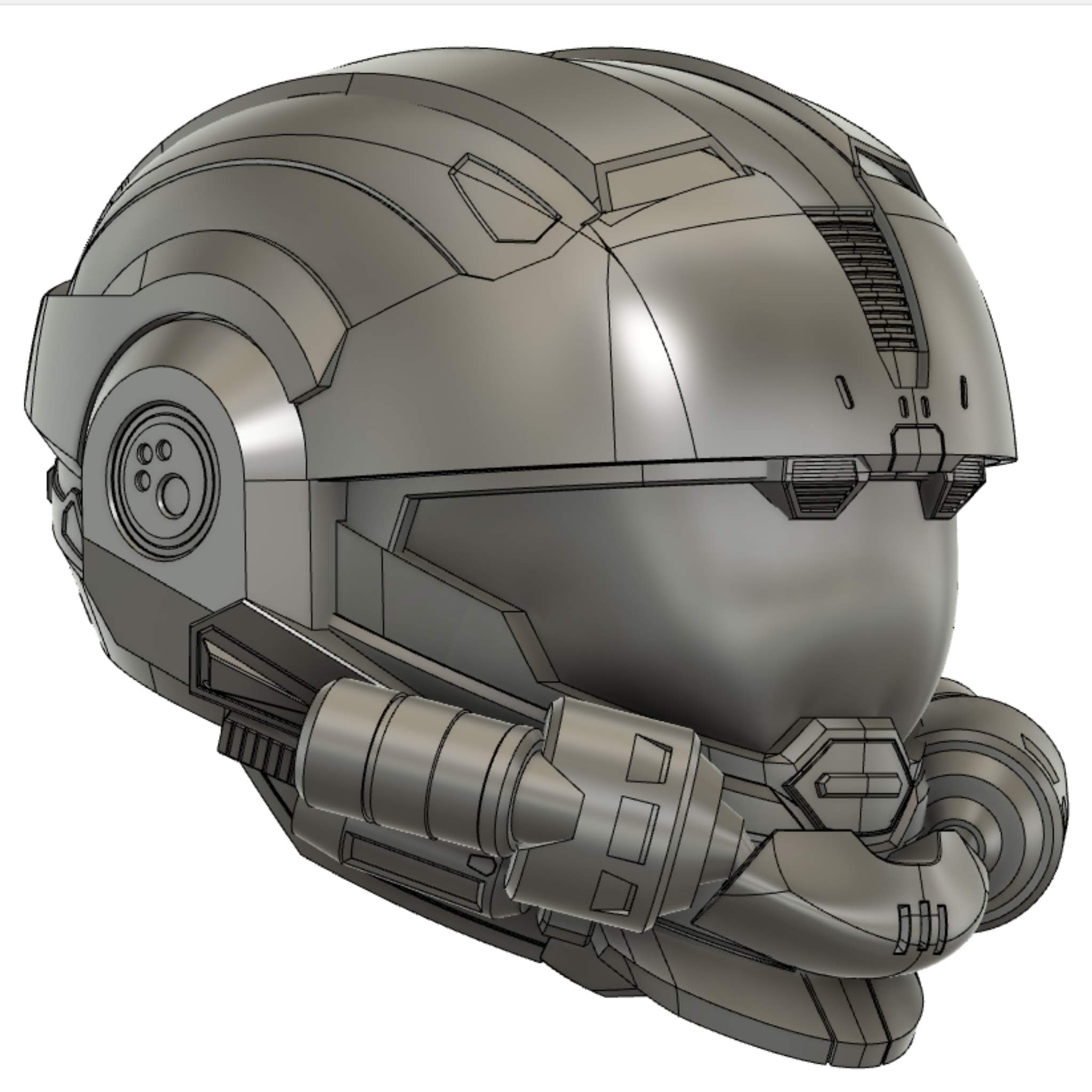 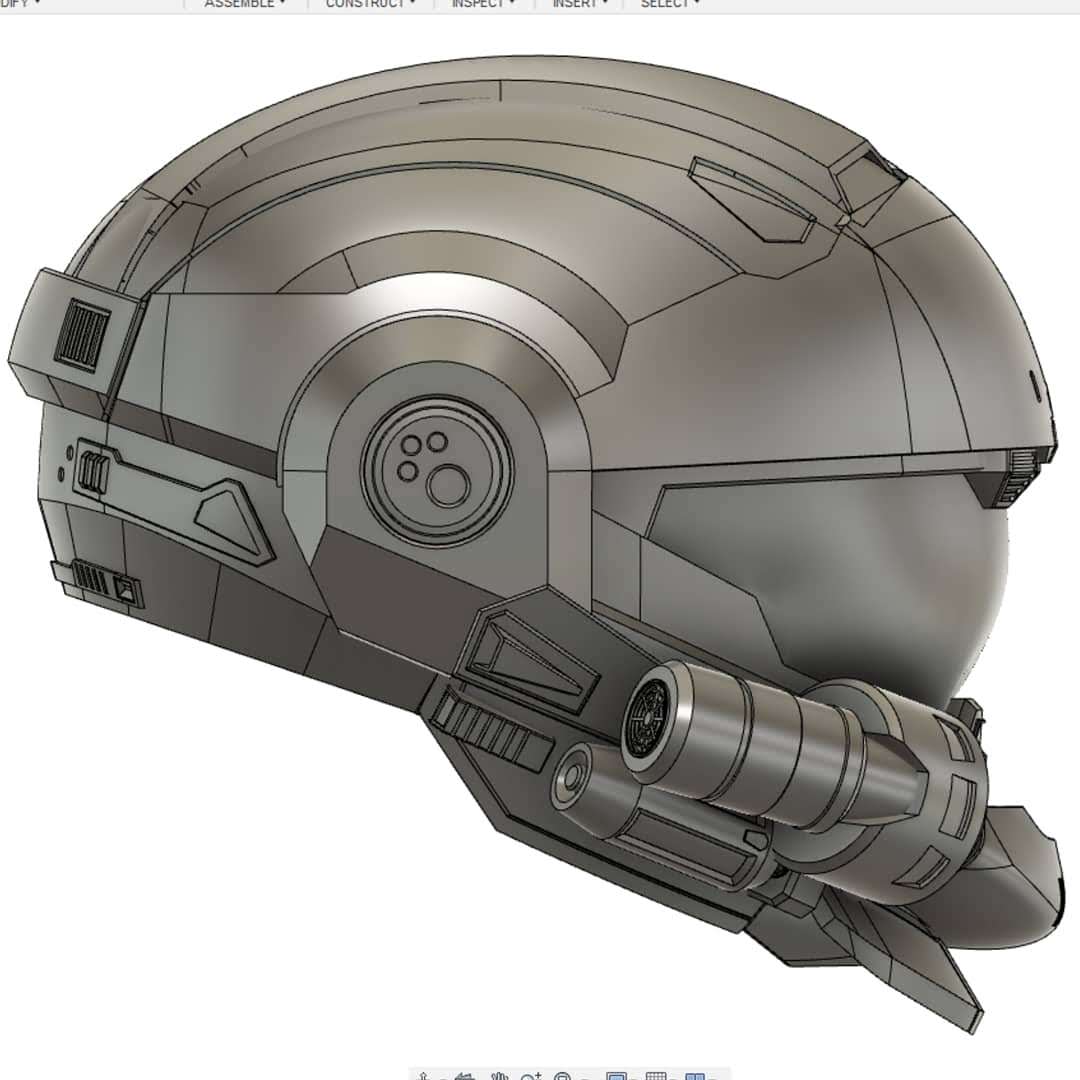 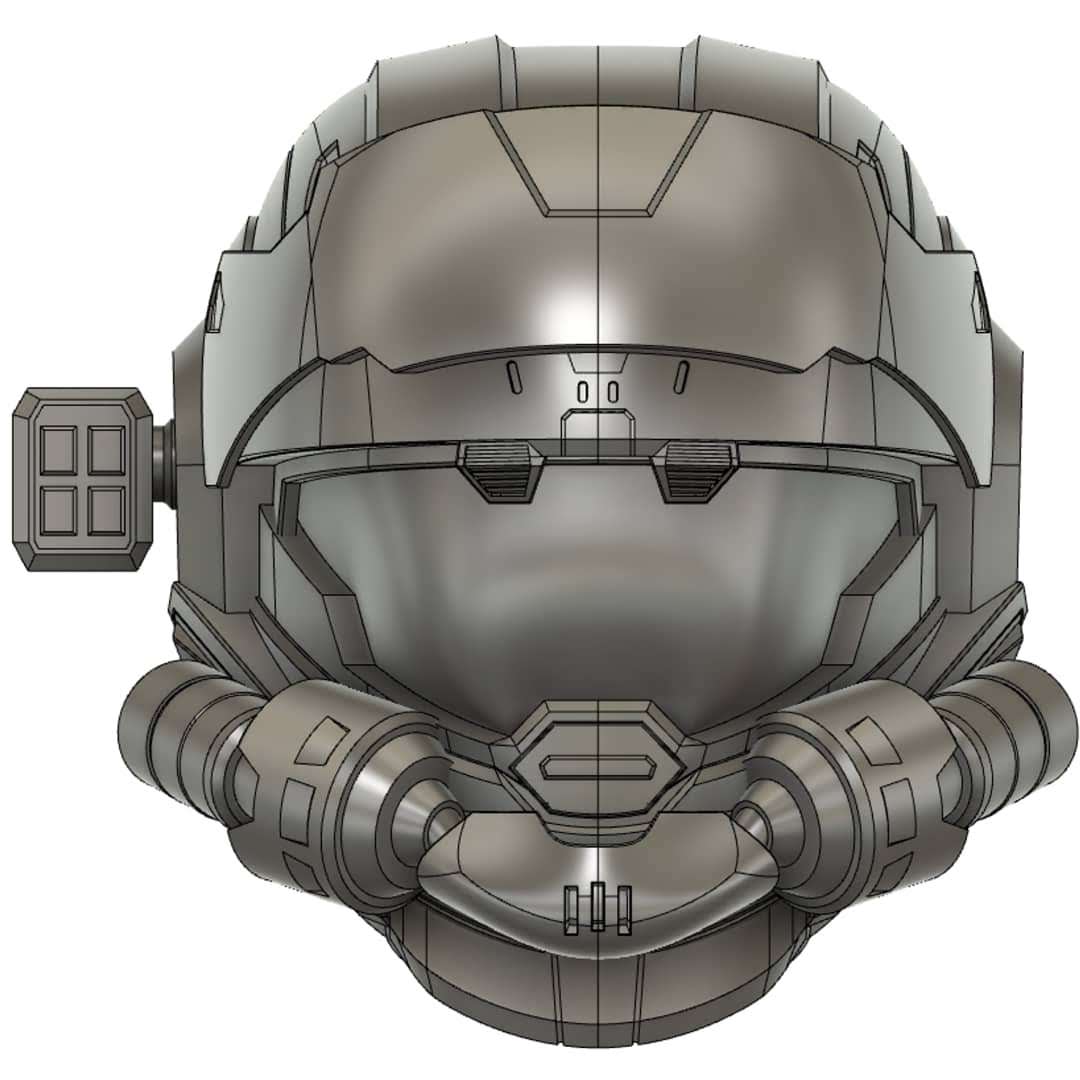 Everything external such as the Up Armour Panel, Hardened Uplink Module, CBRN mask and the two rebreather canisters are separable for easy printing and then depending on the size of the wearers head the main body can be printed in two, four or eight parts depending on the printer it gets fed to. CplYapFlip gets the prototype so she'll likely be posting progress photos of physical objects there before I do on this thread.

PaiganBoi said:
TurboCharizard is the Canadian Regiments resident Drag Queen and we love him for it.
Click to expand...

I don't know if I'd label myself as a Drag Queen since I don't quite have the showy personality or act down for the shows. I just have an appreciation for female SPARTAN characters and their canon armour loadouts usually seem to match up to my aesthetic for some reason.

Colonial Regiment
Wow the Helmet model is amazing. I can't wait to see your modeling work for the rest of the build. Good luck!

Southern Regiment
I challenge you Turbo, let's see who will win!

zachturner009 said:
I challenge you Turbo, let's see who will win!
Click to expand...

What am I being challenged to? Having the most fun?

TurboCharizard said:
What am I being challenged to? Having the most fun?
Click to expand...

TurboCharizard said:
What am I being challenged to? Having the most fun?
Click to expand...

Midwest Regiment
cant wait to see how this turns out