Australian Regiment
[Gruffy voice] Well folks, it looks like I'm gonna need me some new armour. The boys promised they would clean my old set for me, provided I remove my shotgun from their backs. I don't know why I put my faith into those dirtbags - Grif got double-stuffed Oreo crumbs all over it, there's lipbalm on the back side of the waist and now it's greasy inside because Donut smothered it in something he had that would "make it easier to slip off".

So I've taken to Lopez to make me a new suit. Little rascal was so eager to start, he started measuring my neck straight away! Little tight though. Grif found one of them "Pepper curers" on the web and said it's easier to use that then making our own patterns. I said to him that back in my day, we only did things the hard way! But then I had the sudden epiphany that less time working on armour means more time to hunt some dirty blues. Simmons then took it to an Armorsmith to clean 'em up a bit.

Anyway, today Lopez finished most of the construction of my helmet. Simmons calls it a "Mark VI" suit, but the only Mark I know of in this canyon is the one I painted on Grif's back. So I'm calling it the "Sarge VI". Heh heh, got a ring to it, don't it? 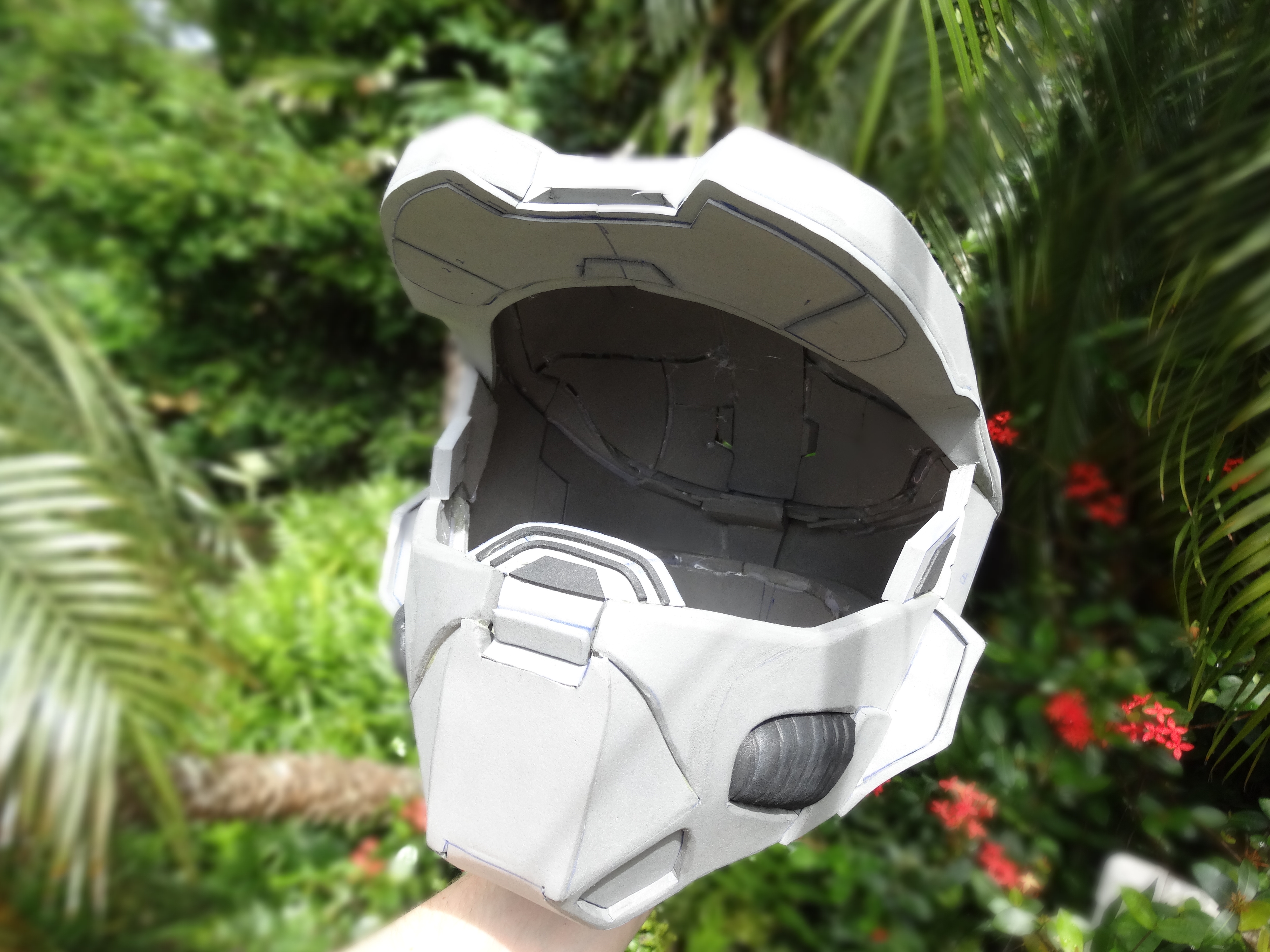 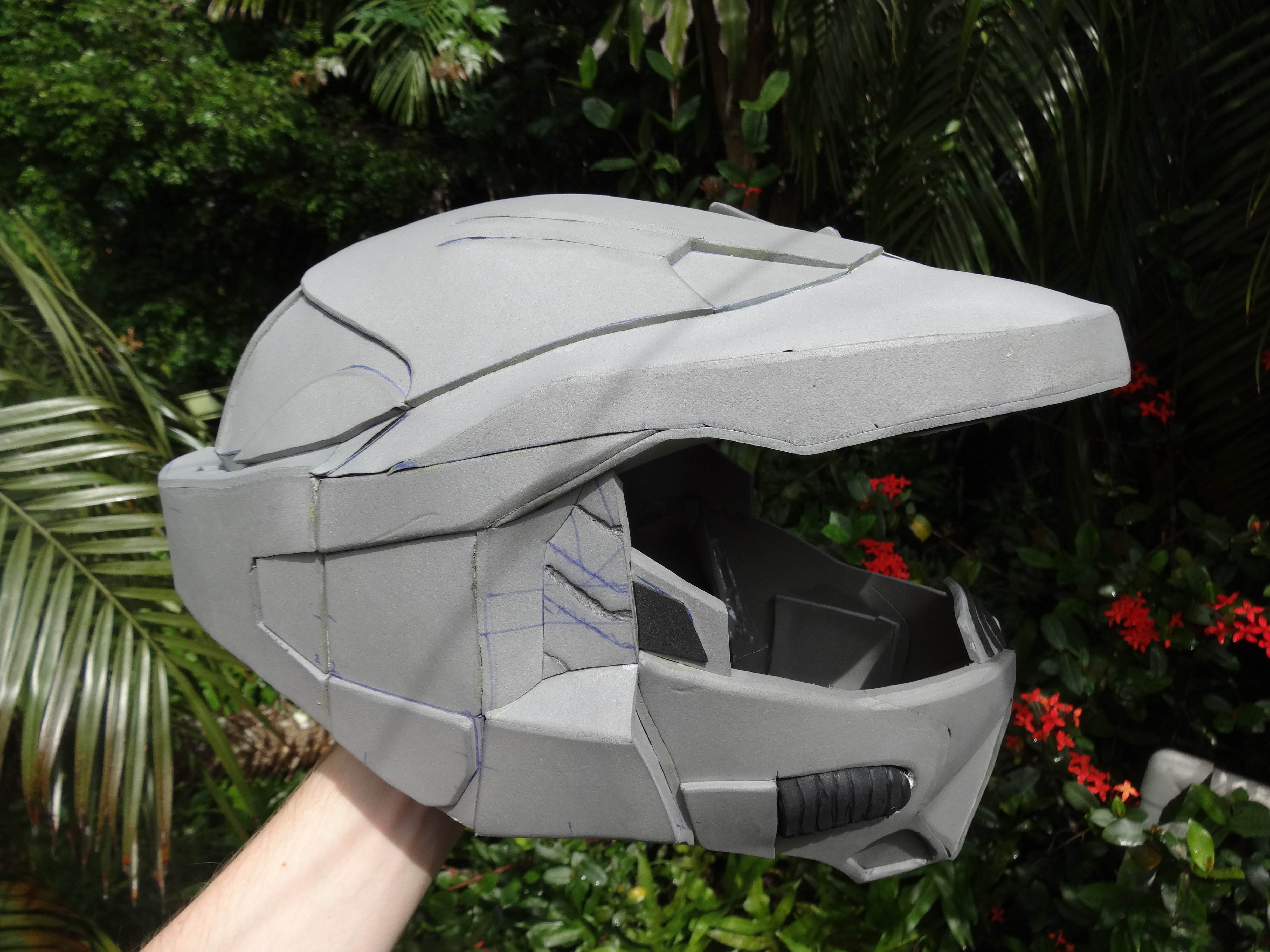 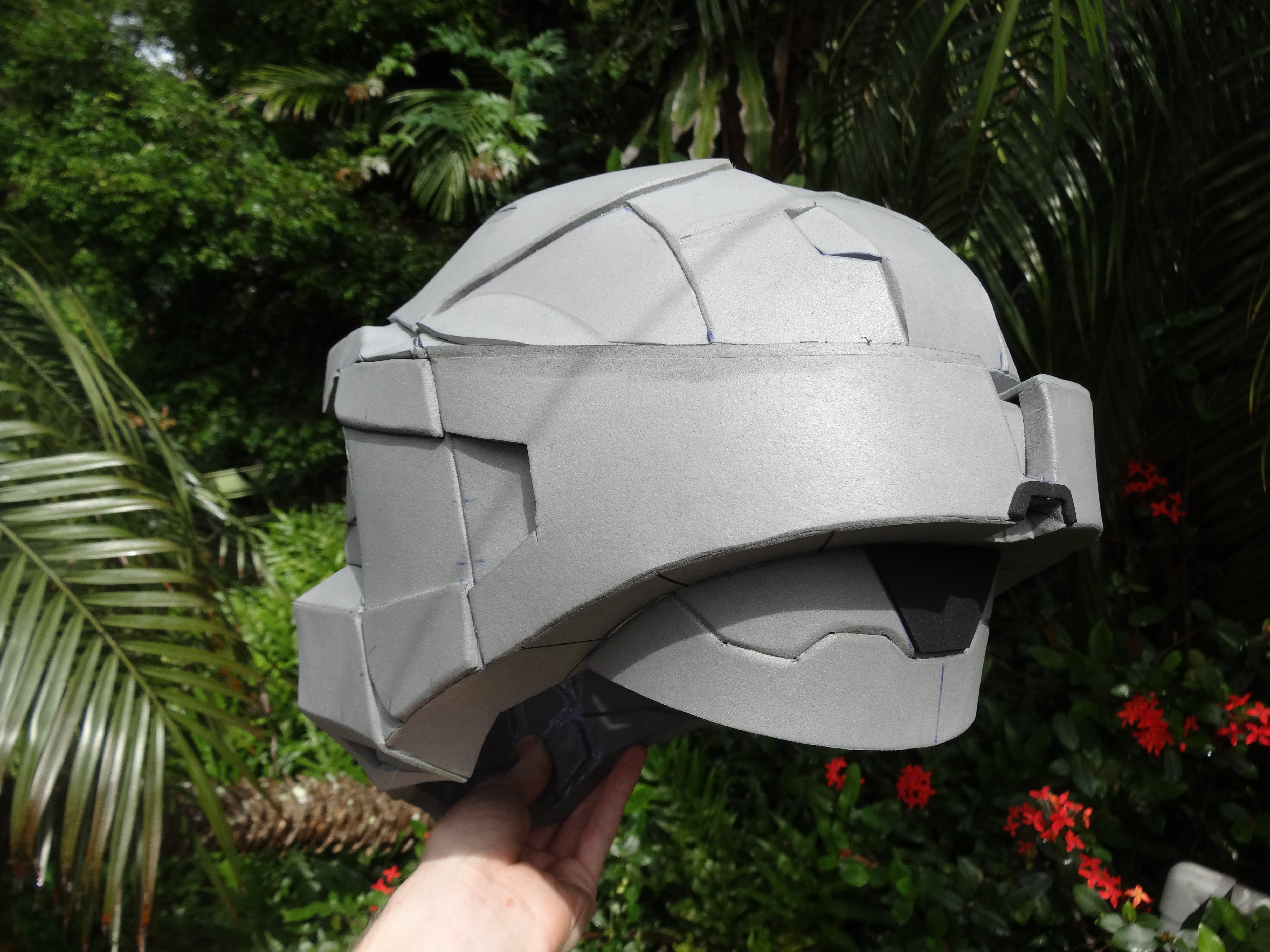 Australian Regiment
Yesterday Lopez managed to finish the gloves. Up next is the gunshow; the biceps!
Can it Donut, no one wants to see your arsenal. Put your armour back on. 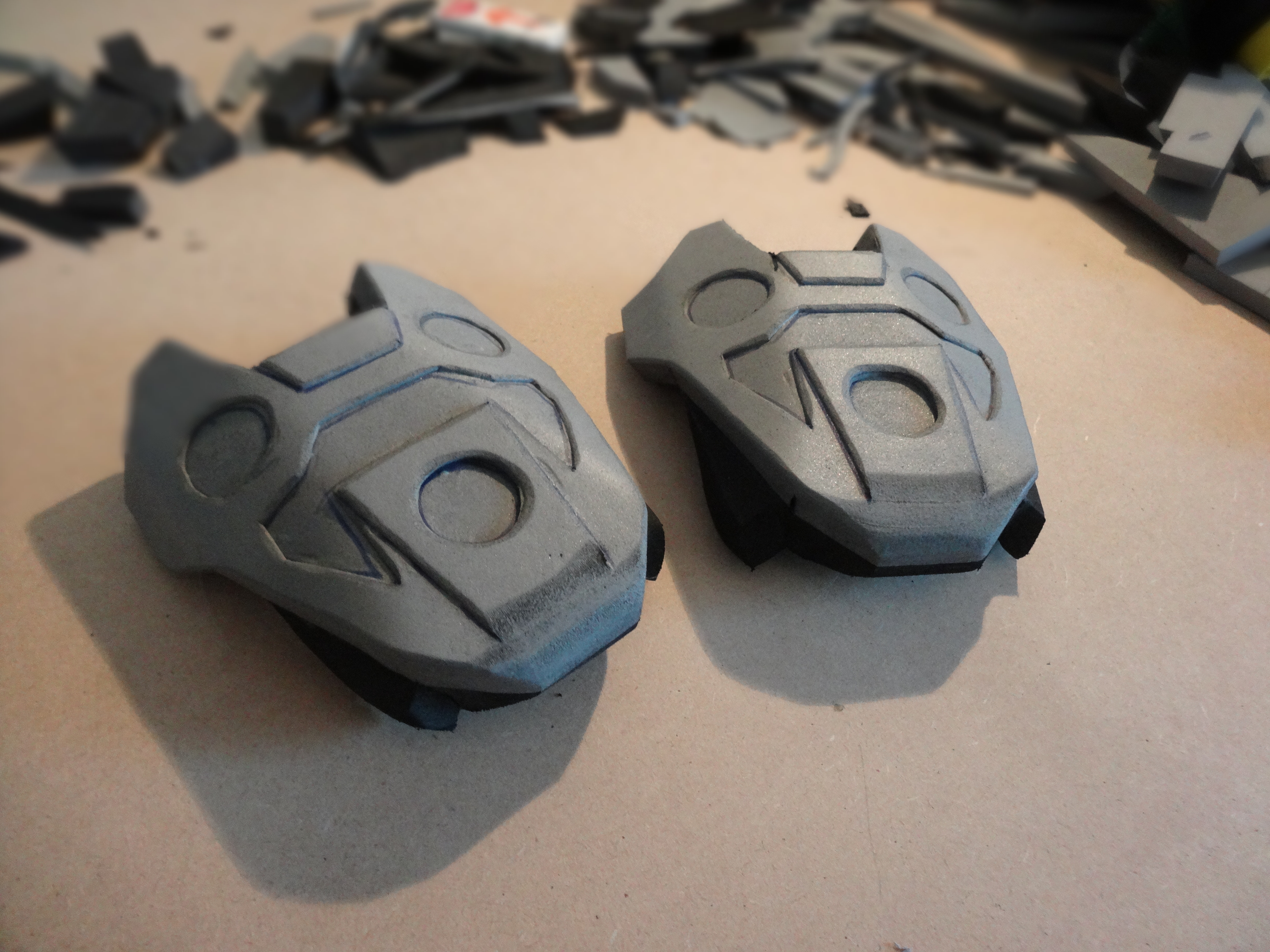 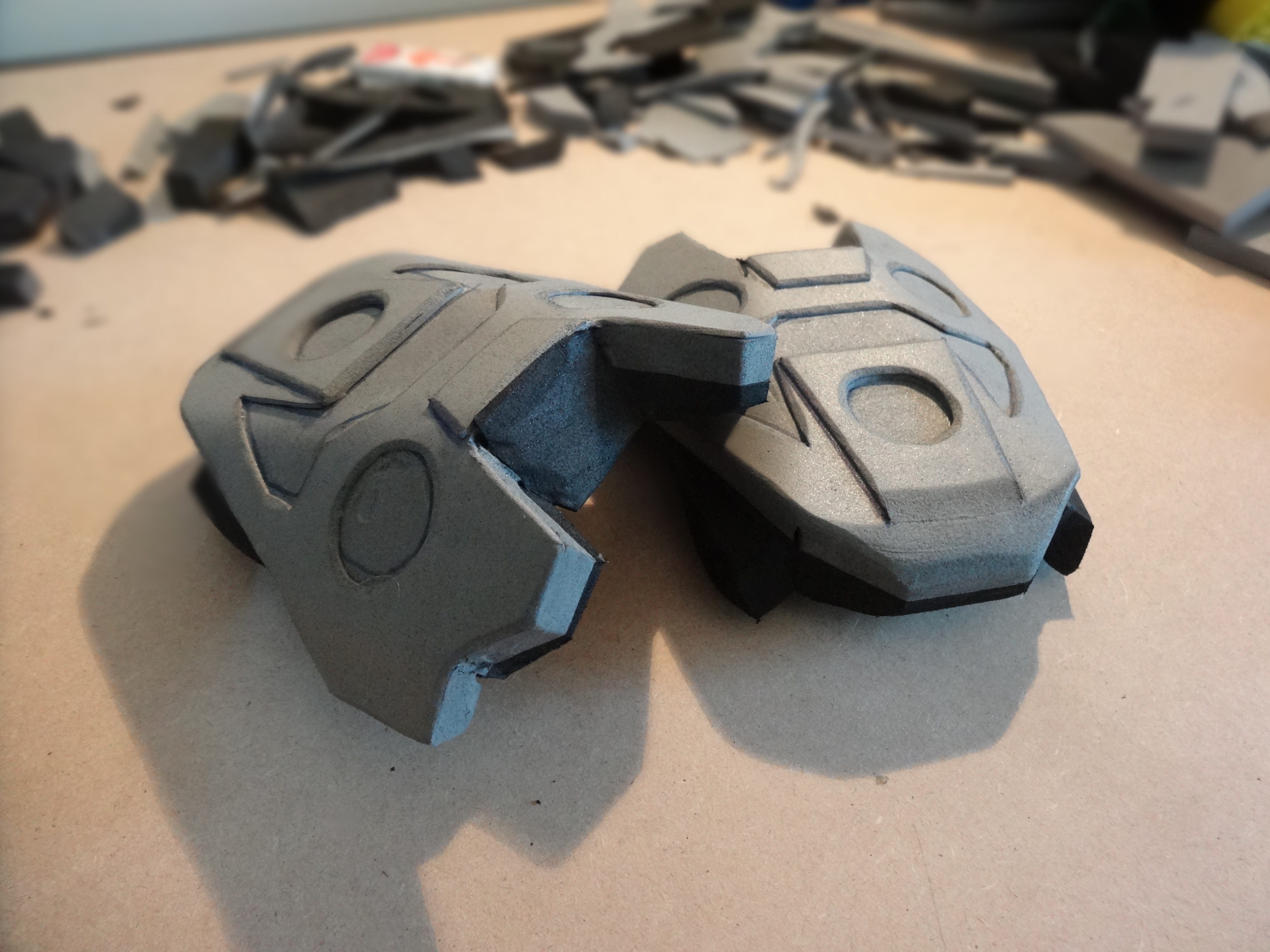 (Please don't hate me, I'm just trying to do my best Sarge impression) 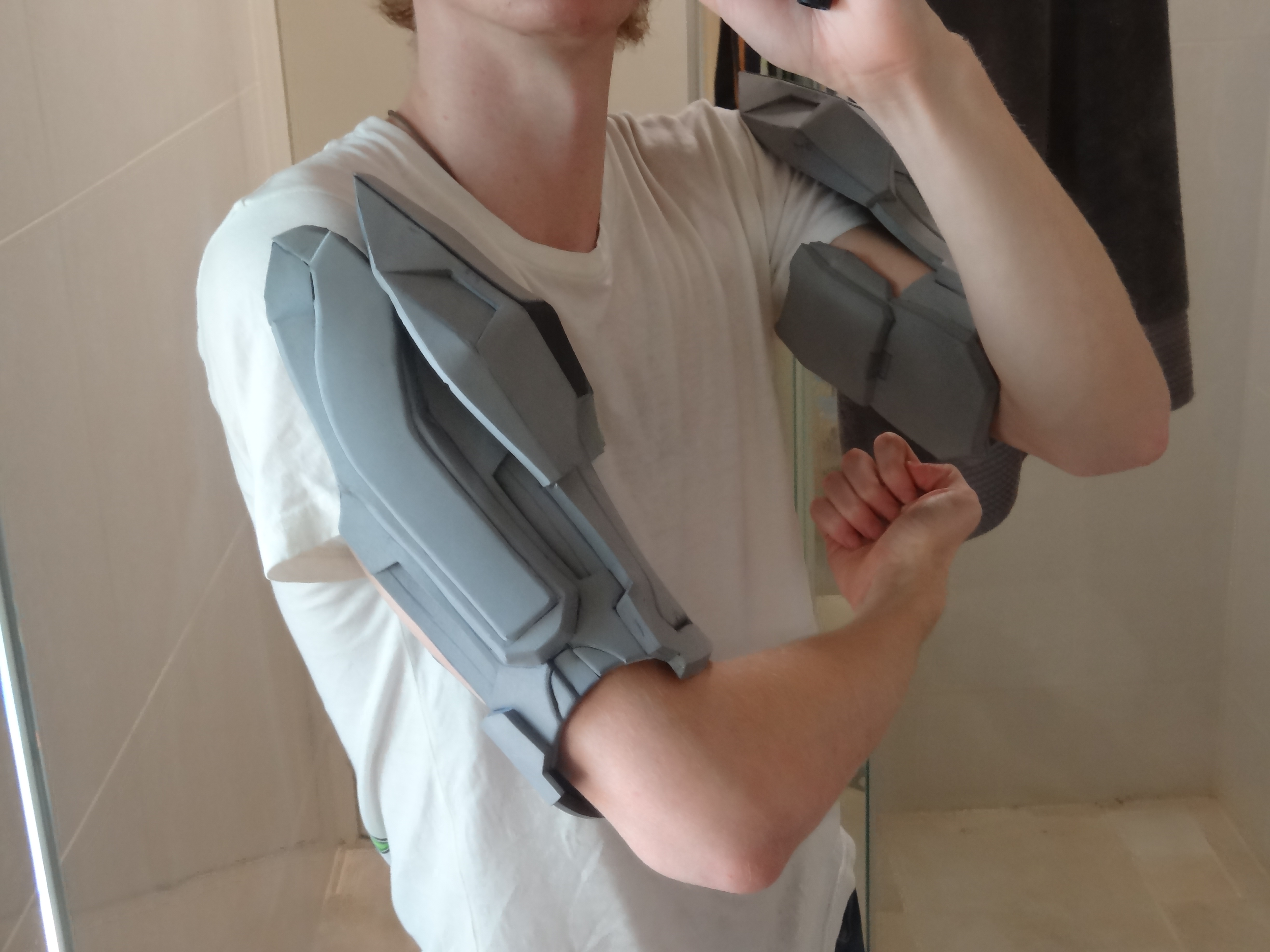 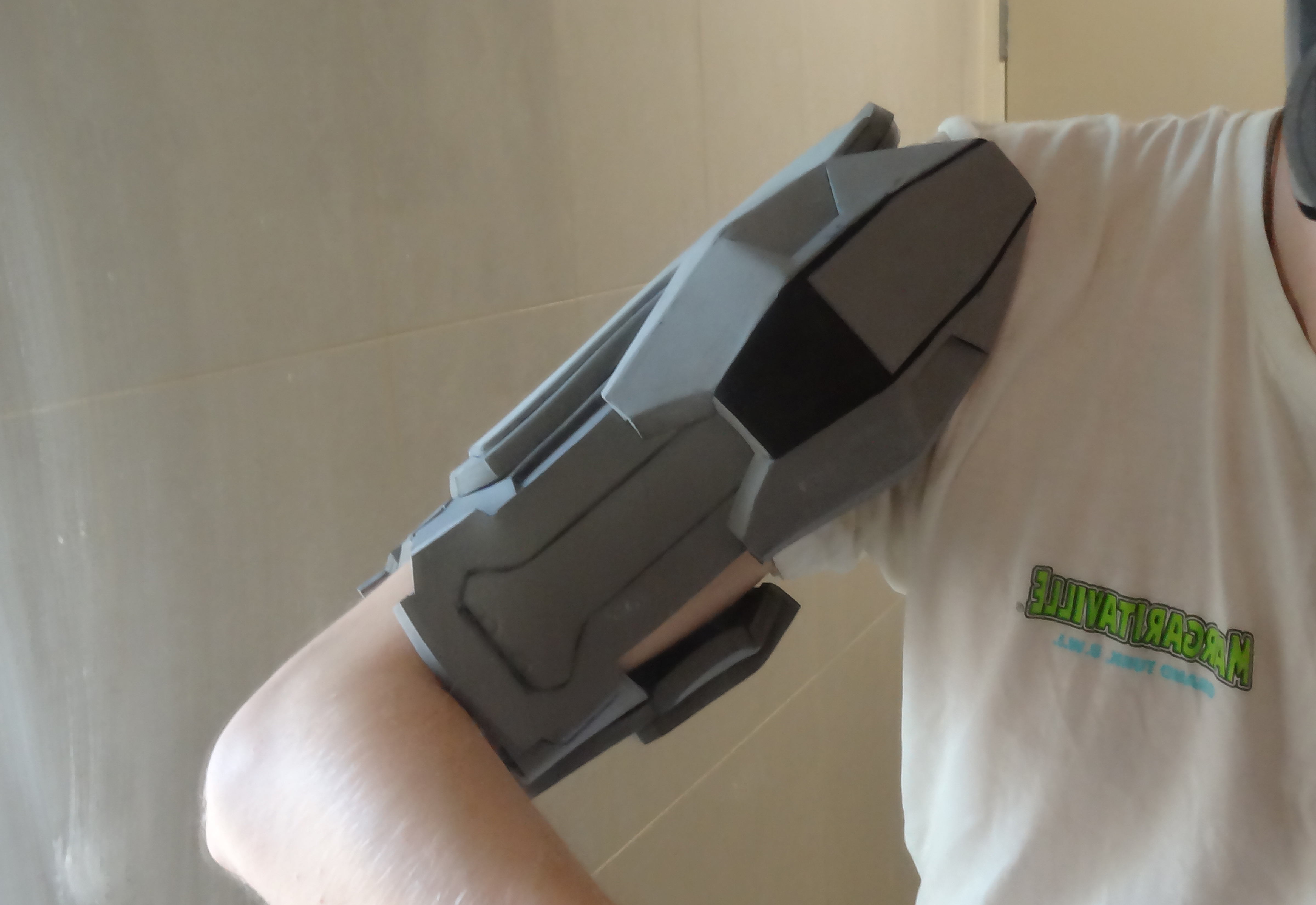