So the whirlwind of the secret LA event happened, and knowing we'd be flying down I didn't want to contemplate the logistics of flying with my spartan (who's still going through upgrades) so I racked my brain about costumes I could possible through together in the short notice we had and could easily fly with (when we were already flying with another set of armour). Spoiler Alert: I did not make the deadline due to other reasons, I'll get it into later.

I've long been interested in doing Halsey's scrubs, or finally sitting through Halo Wars to do an Anders-- but both of those took some patterning/fabric luck that I wasn't willing to deal with in the few weeks we had. I'm pretty sure I literally clicked through the "Category: Female Characters" on Halopedia, but however I got there, I ended up deciding to do Serin Osman. I watched the Spartan Ops cutscenes while collecting references (she is around for literally 30 secs towards the end) While there was not much available, she was clearly very similar to Lasky and the other UNSC officers 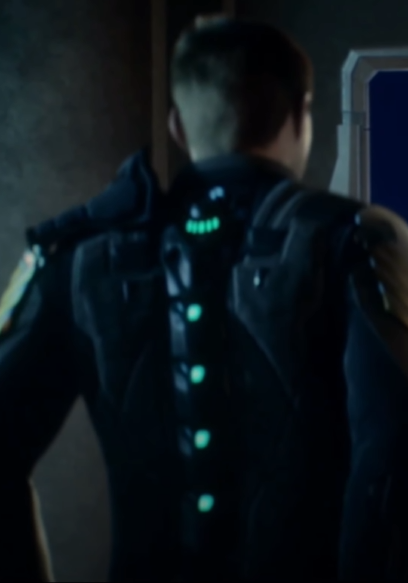 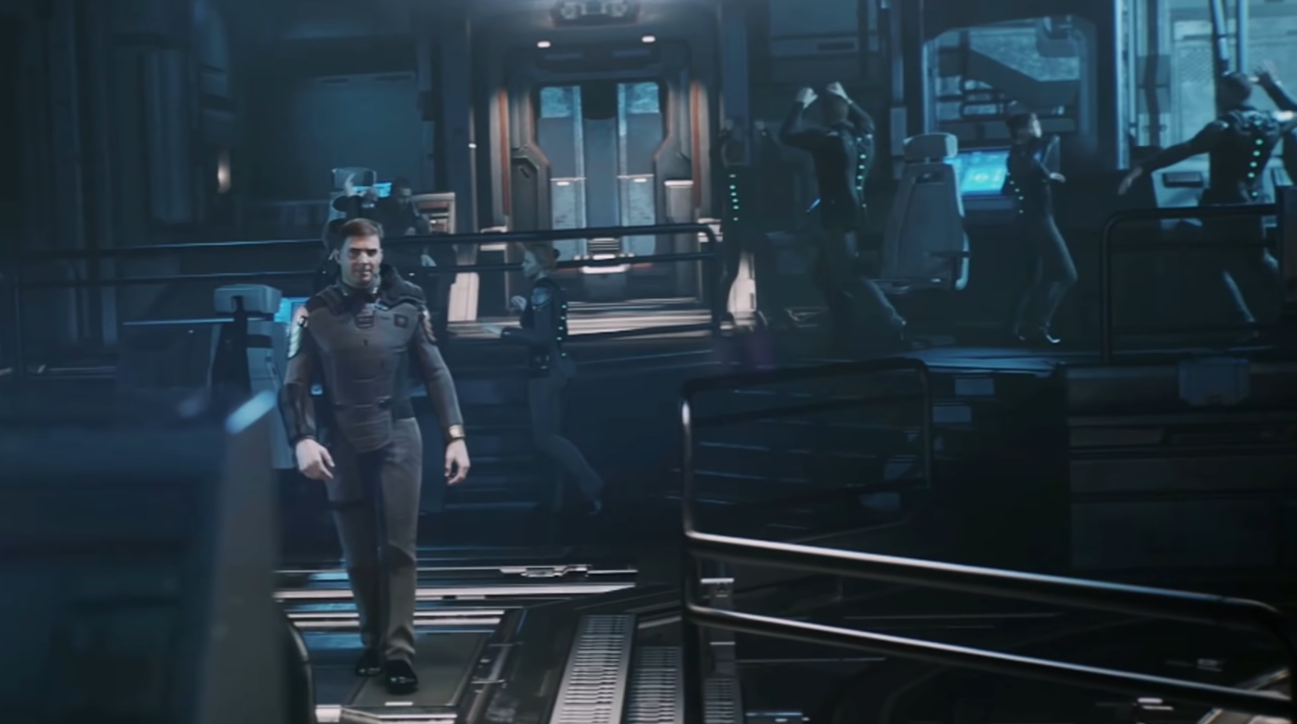 I also scoured the forums and found some older threads where Serin and Lasky costume chat happened but it was all closer to when Halo 4 came out. So with as many references as I could find on hand, and 3.5 weeks to go-- I set out.

For a build like the officers uniform I would really recommend taking your time, and going from scratch. Finding patterns that work, or making them yourself-- It'll be much more economic, and there are some difficulties I knew I'd encounter (and did) because of the short cuts I took in order to cut time before LA.

I ordered a black military jacket to get the base of the boxy shoulders and the straight collar, I knew I would need to take in the jacket because funny shaped human-- I do however need to make the jacket shorter which will require removing and reattaching the zipper (an issue I was fine to deal with for LA); as well as two pairs of these grey pants so I could harvest the second pair for the matching tones on the arms. I did notice before placing my order that there is also a dual tone nature to the pants, but that was an issue for another time. 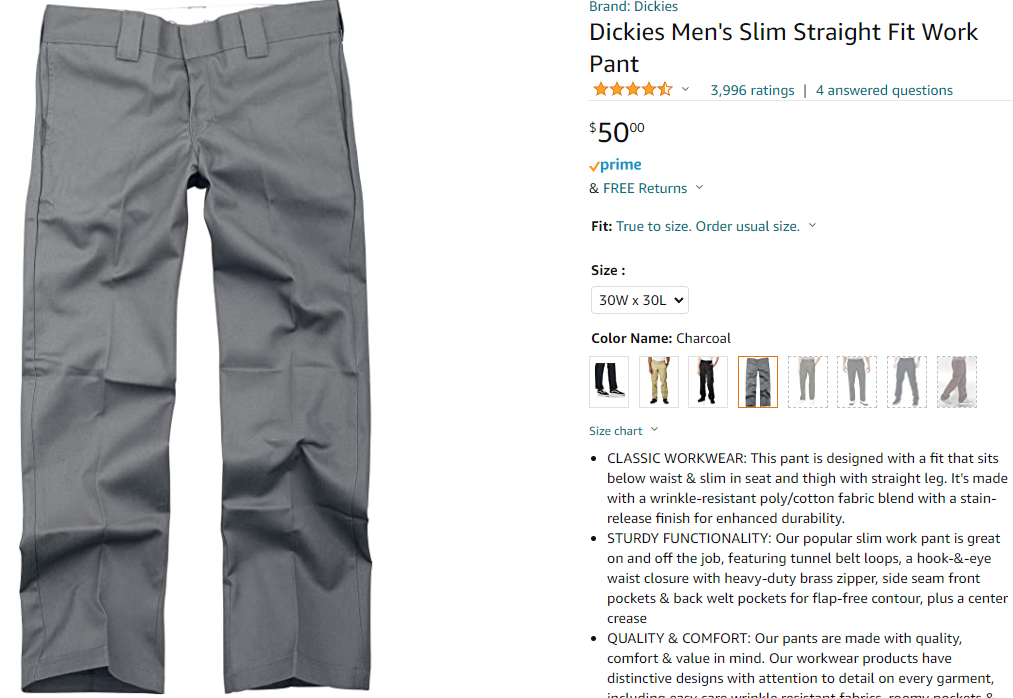 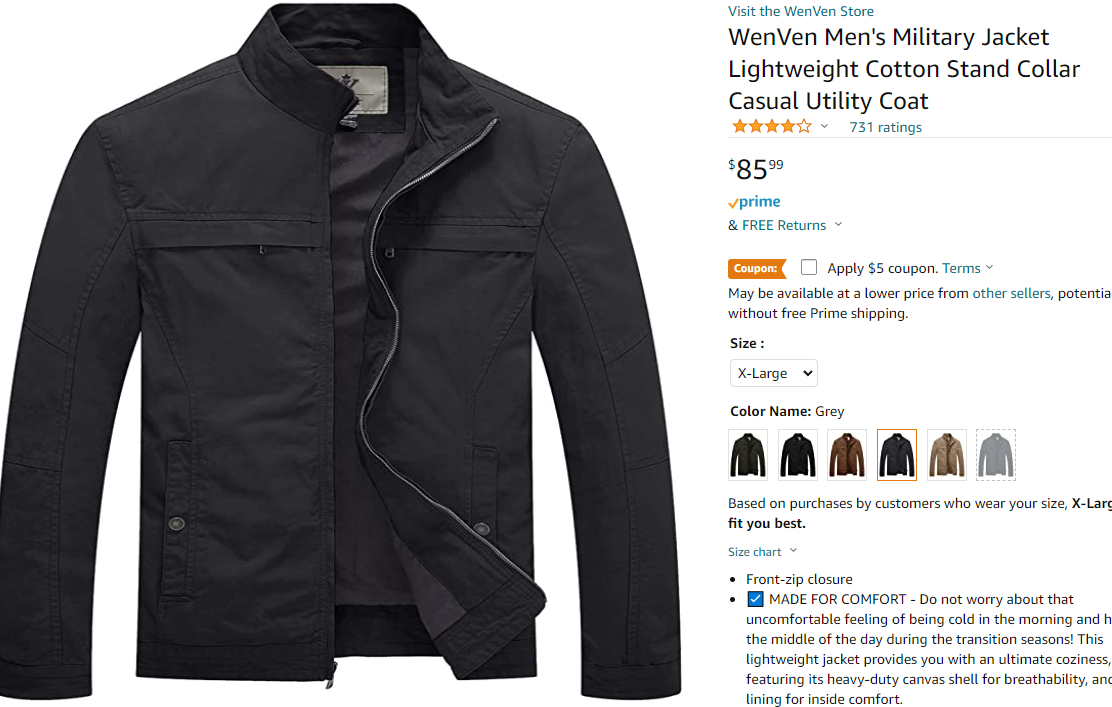 I asked TurboCharizard for help with the hard parts of the costume, and one night he sat down and made the spine and the shoulder pieces. A magician. He got it printing in between his own LA crunch pieces. 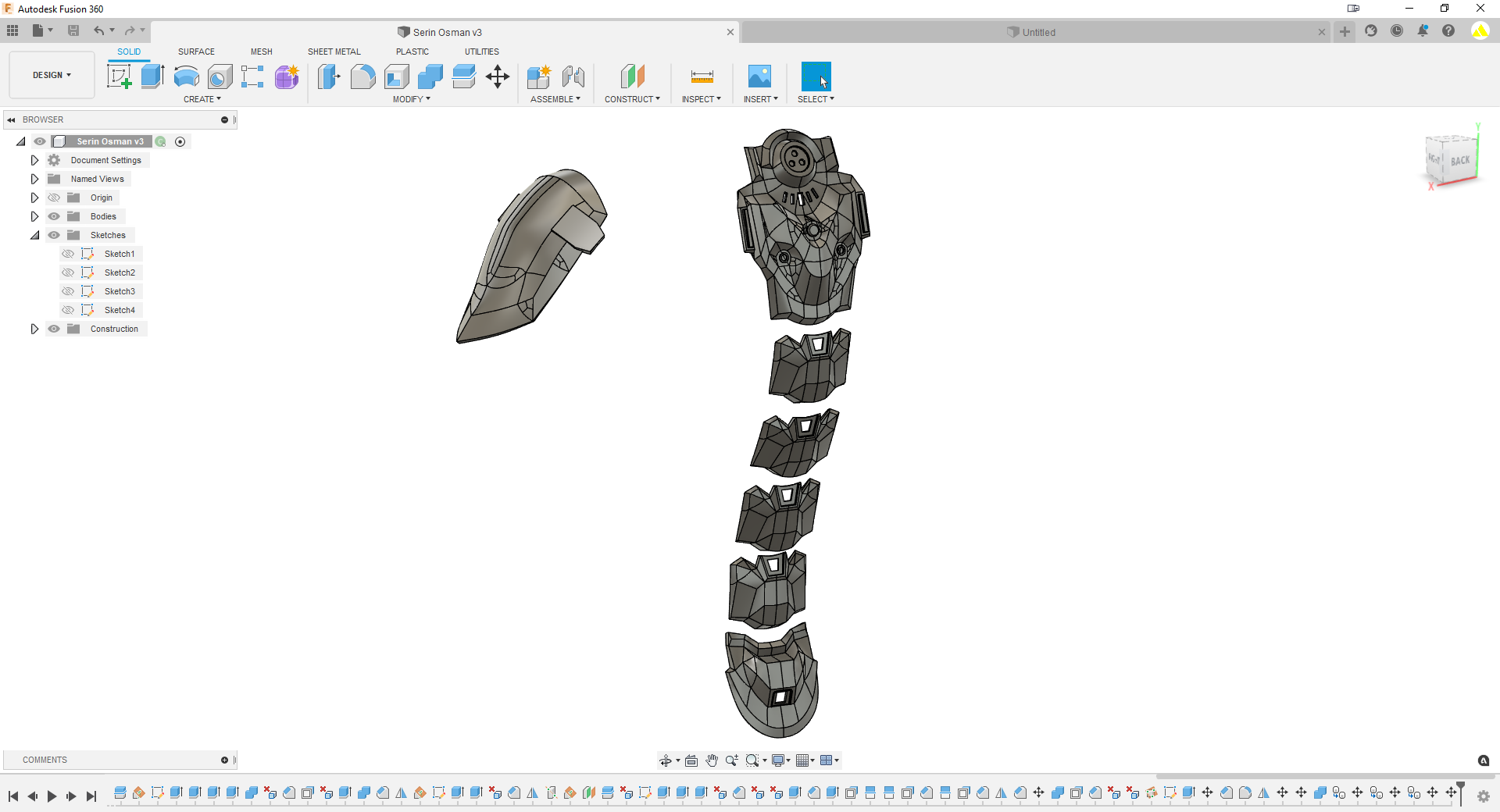 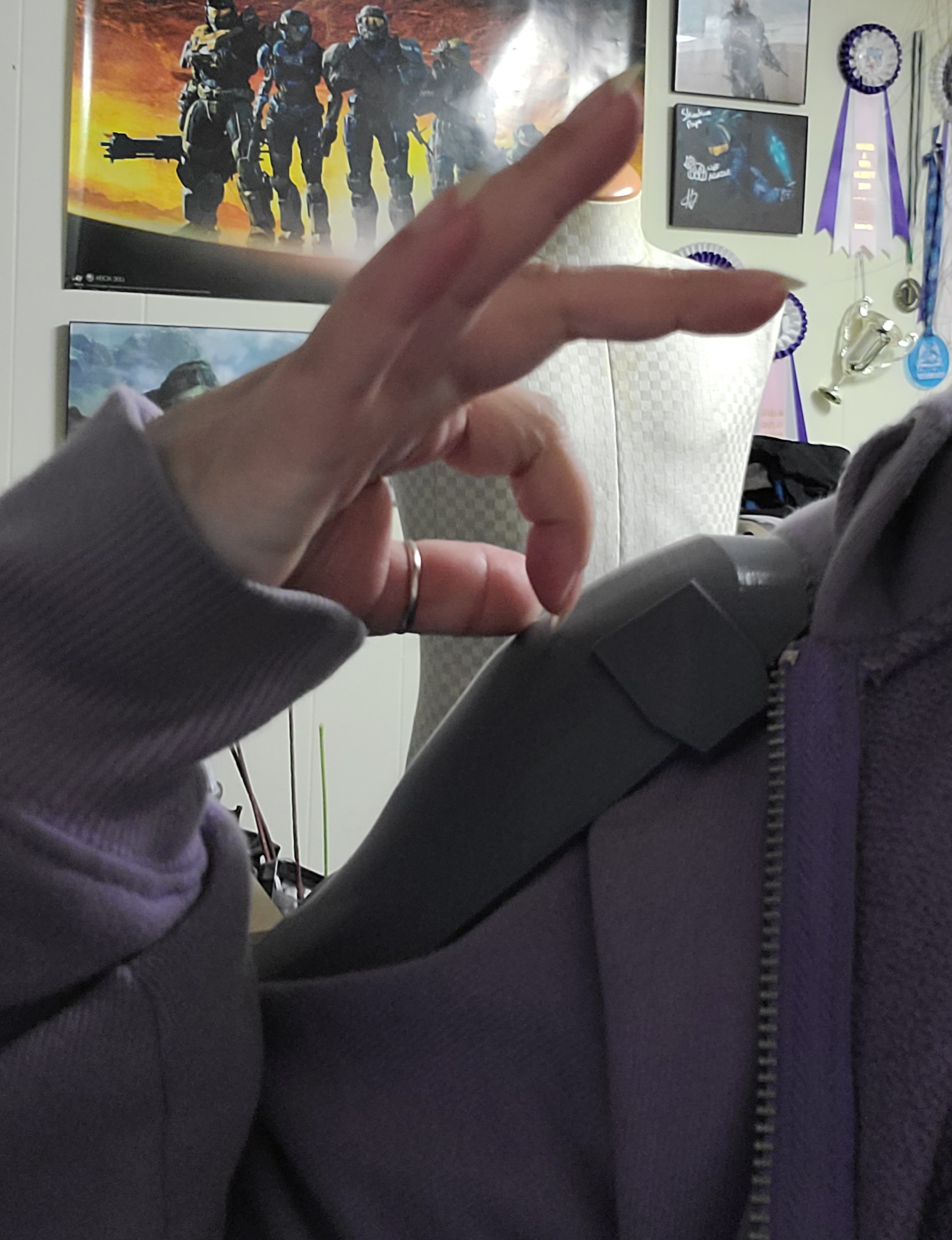 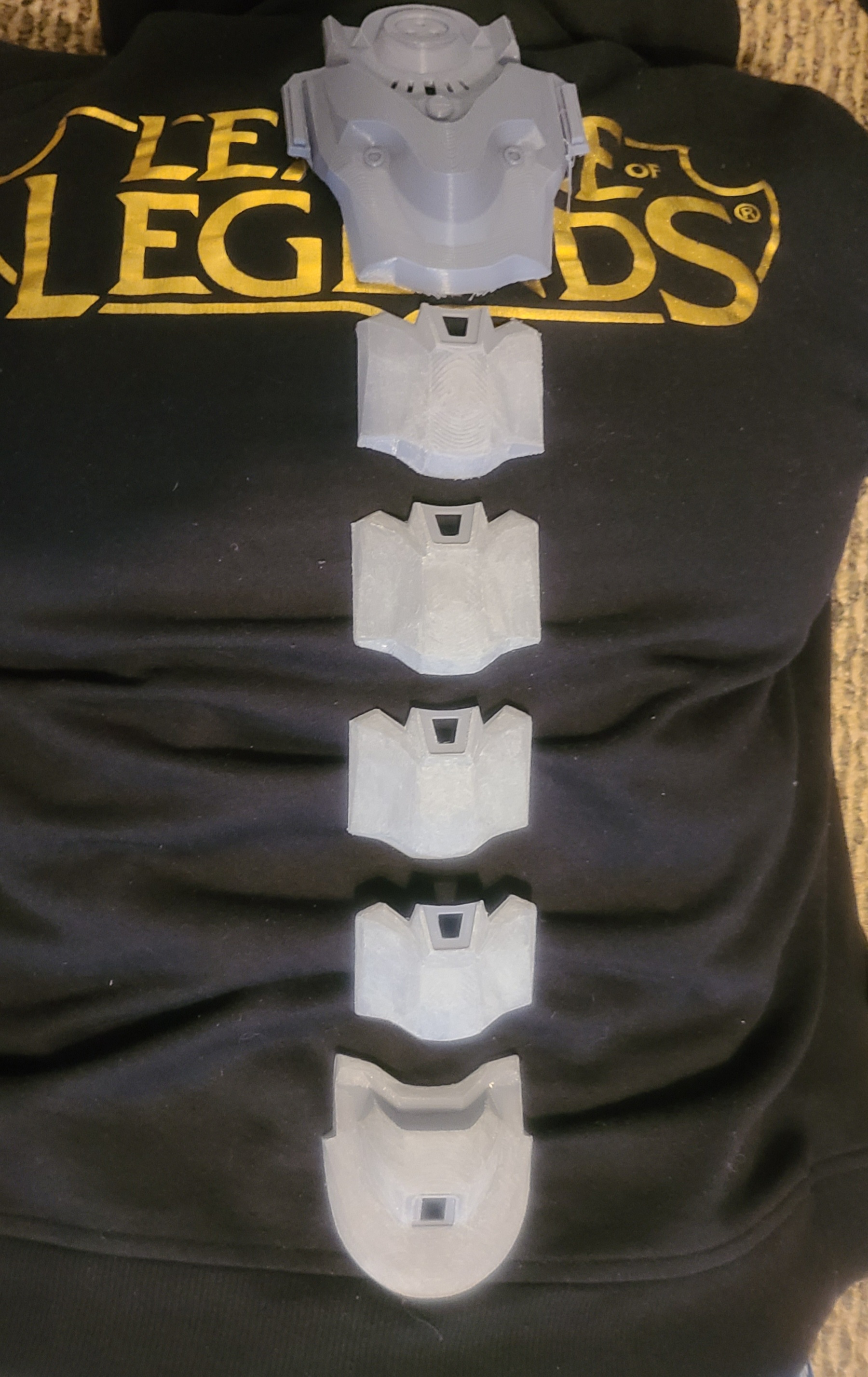 I had things in motion, and I was power reading the Kilo Five trilogy on my breaks at work. I also was low stress on the costume because was only utilizing the con crunch spirit-- I knew I would still have an amazing time regardless of if I finished the costume in time (and I was right)
Then my clothes finally arrived. The jacket wasn't quite what I had it mind, I think I was expecting it to be stiffer-- so I personally find it a bit lumpy but I knew that was partly to do with it needing to be tailored to me still. I did some loose figuring of how to take in the shoulders/sleeves, and made sure I was happy with the contrast between the grey and the black. 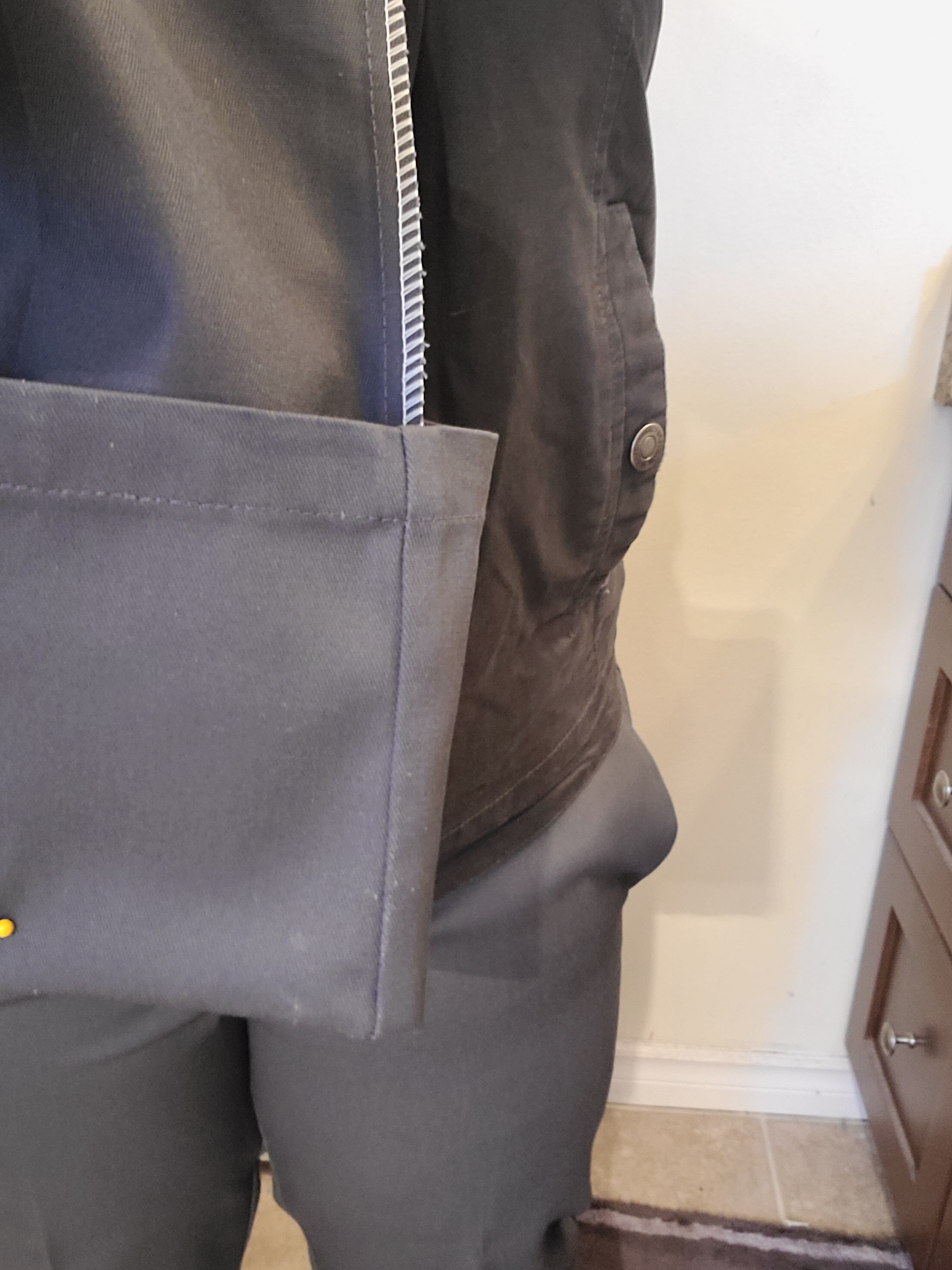 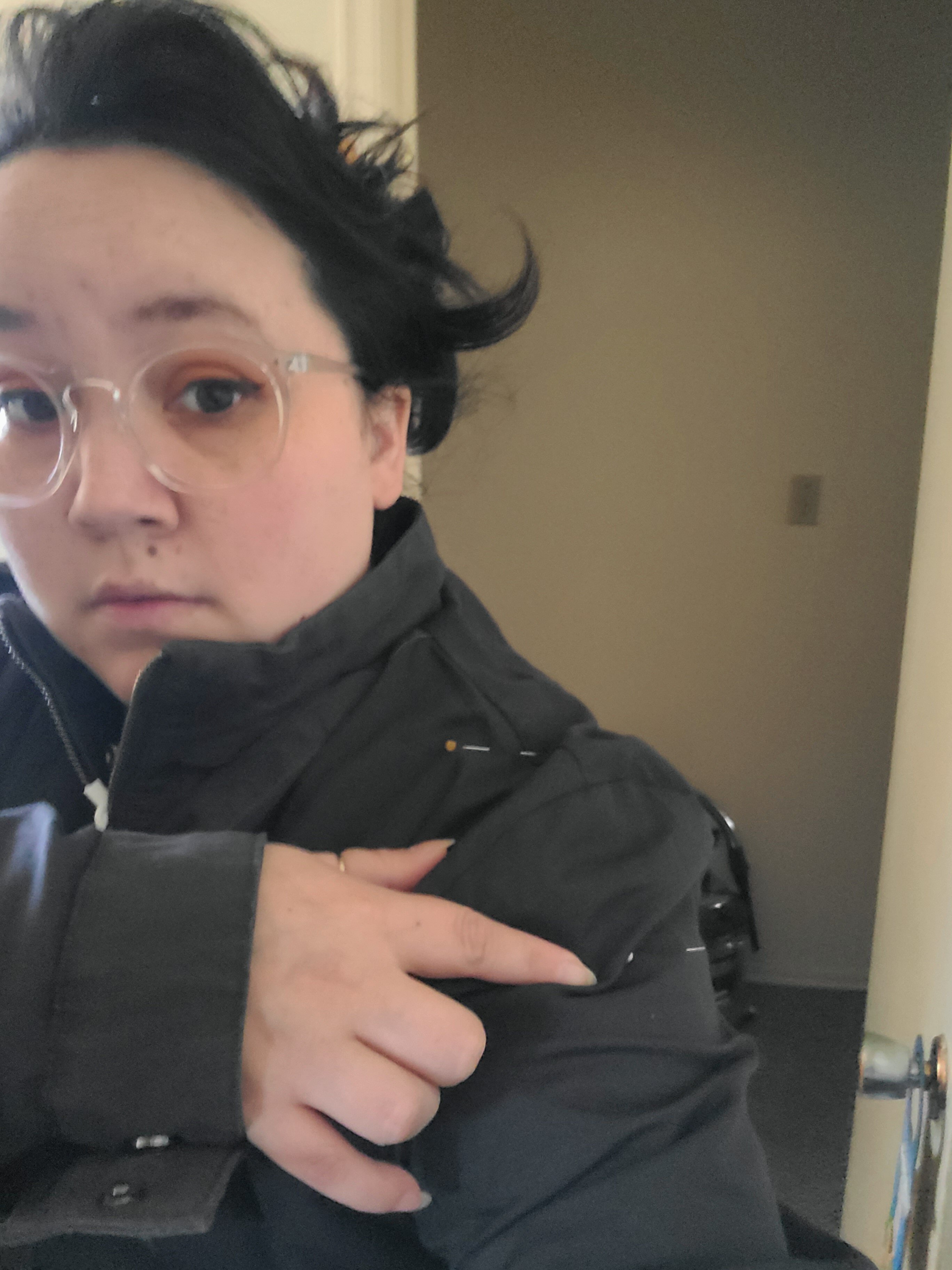 And after getting the sanding going, some Mudkipz were in order because I was done the first book in K5 and it was time for PTD in LA, where we also scoped out the fabric store and I grabbed the closest match I could to the pants. 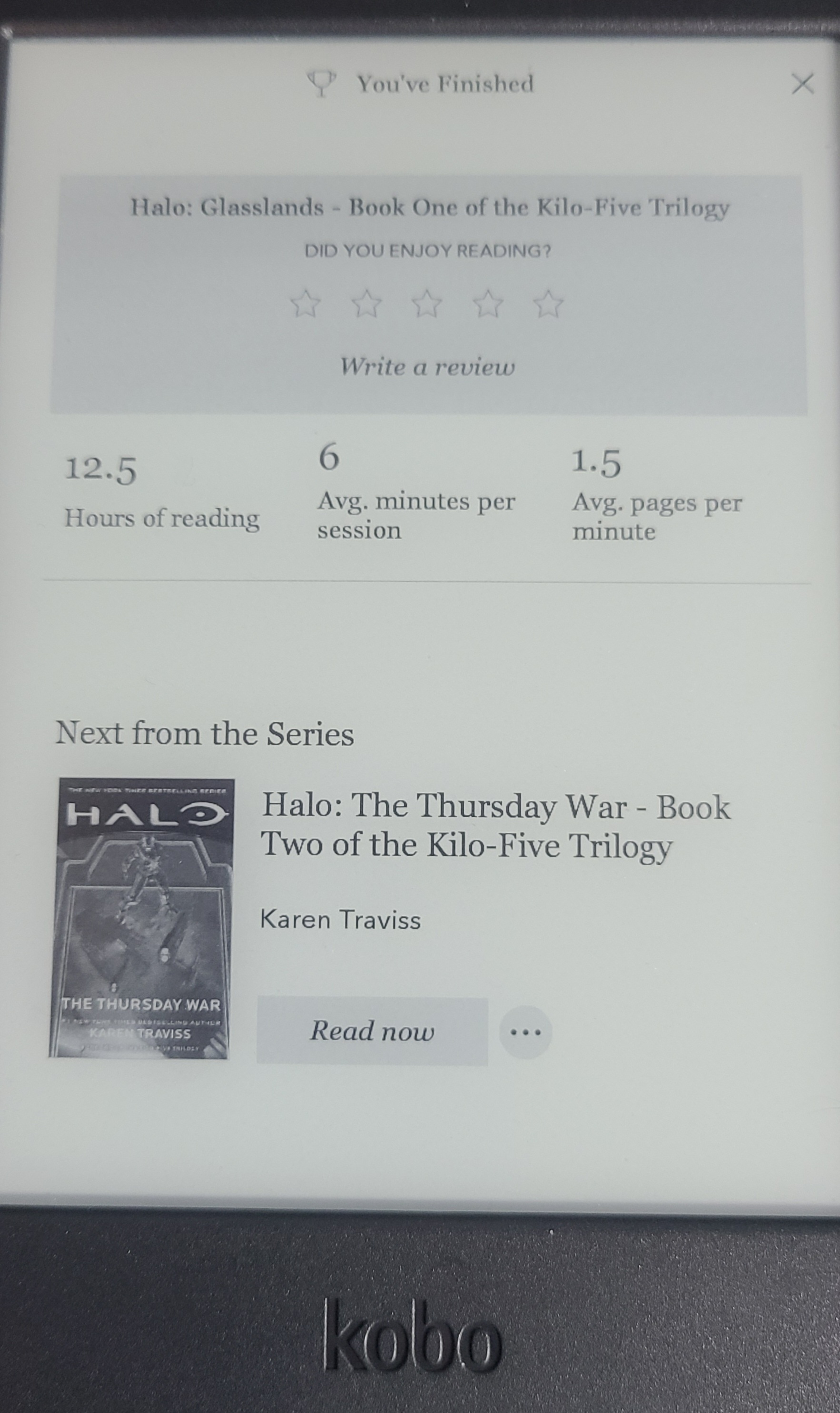 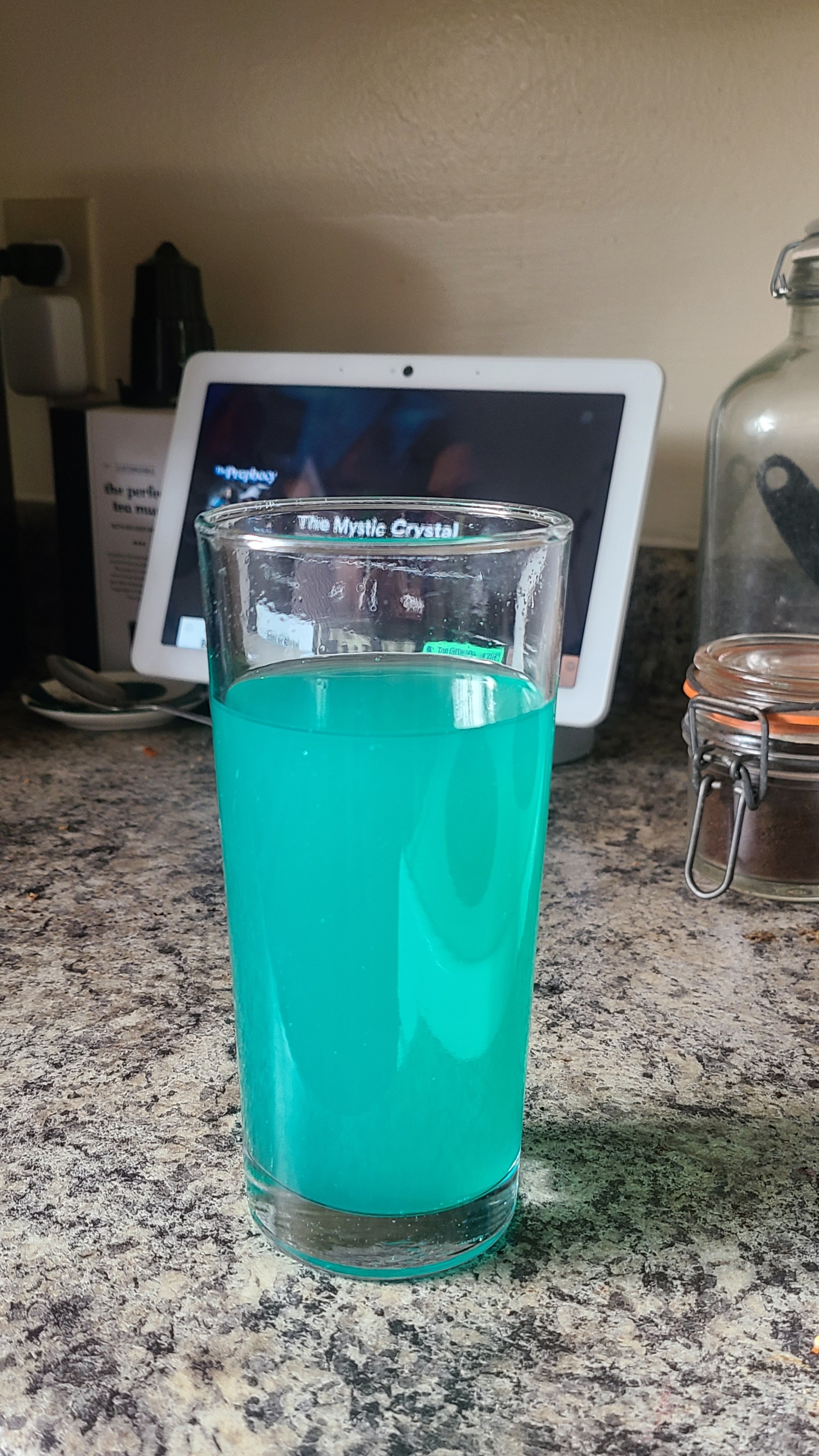 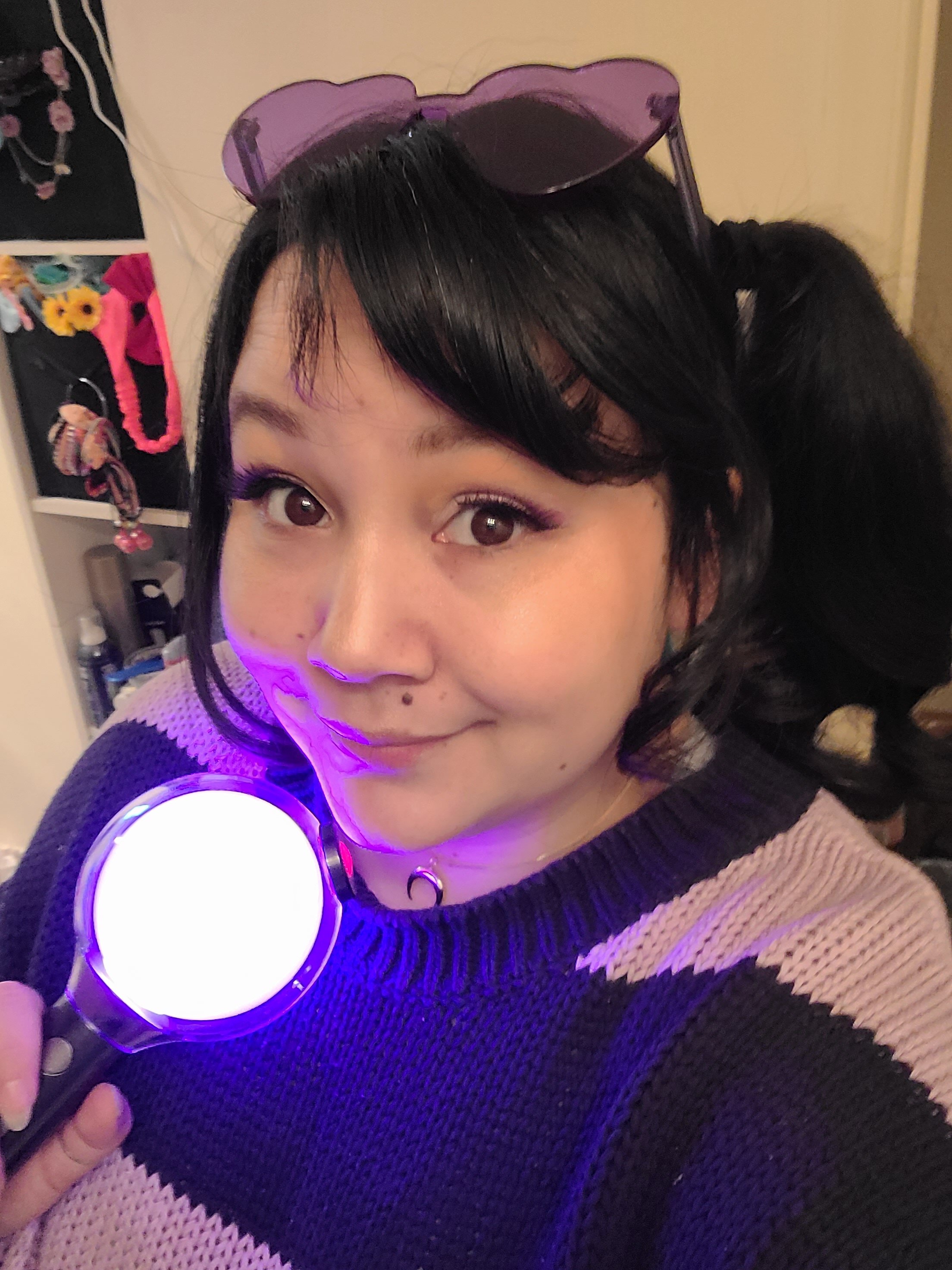 We also got some filler primer down on the pieces, enjoy this bonus shot trying on my friend's No Game No Life costume: 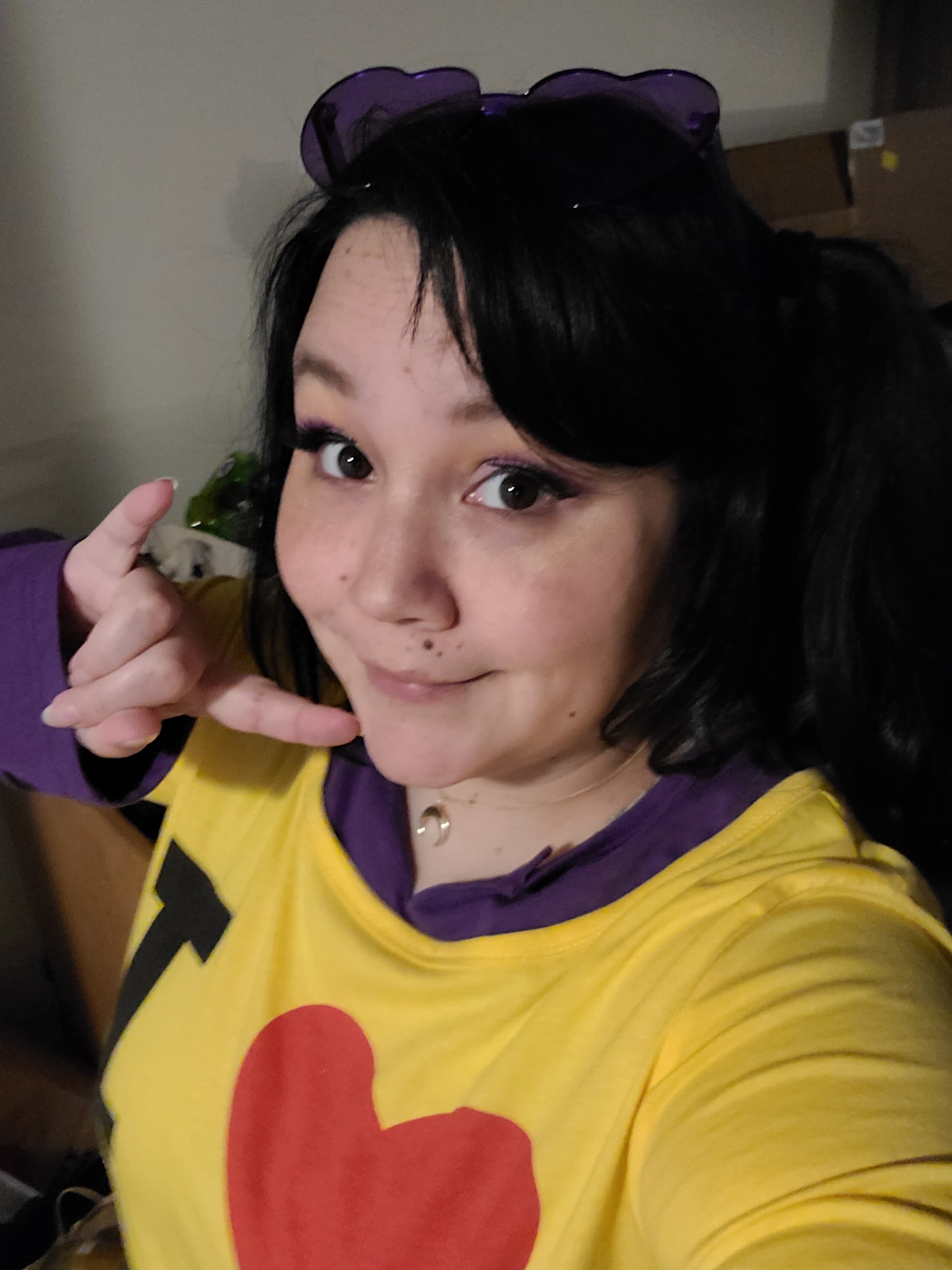 I stitch ripped the sleeves off, despite planning to take them in so I totally could have saved myself some time and just cut around the seam with my fabric scissors. The things we realize with clarity. I also pinned the sleeve into its new position before attaching the gray section, AND put the sleeve back on backwards because I was just that skilled. In the quick shot I grabbed holding up the shoulder piece to the jacket I realized the sleeve was at a weird angle, I thought due to how I had taken it in-- and was like well, it is what it is. But then I went to pin the other sleeve and realized the buttons at the wrist were in the wrong spot and that tipped me off to what had gone wrong. I wasn't going to keep phutzing with how I took it in, but I would reattach it to the proper side. So another quick date with my stitch ripper and we were off to the races. 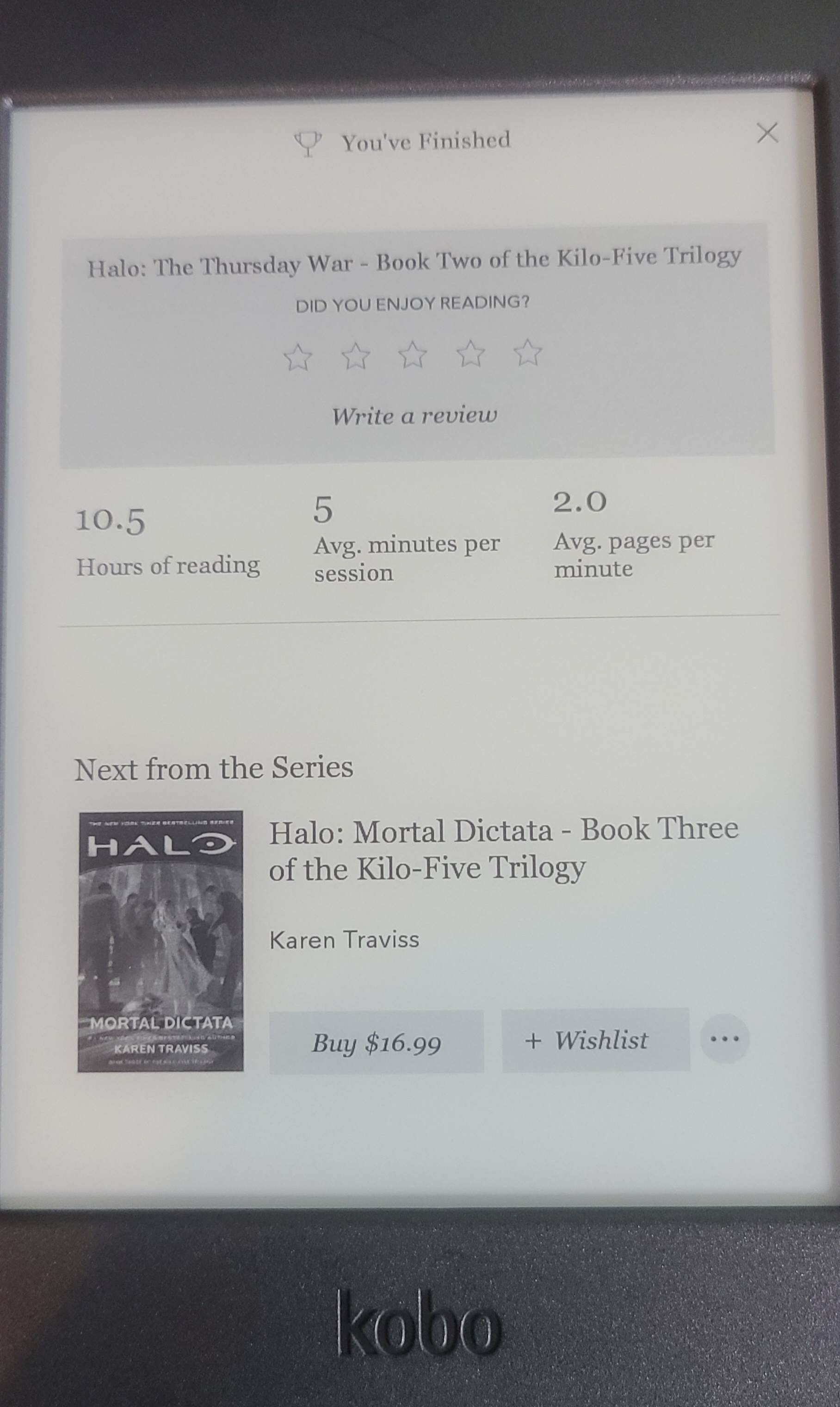 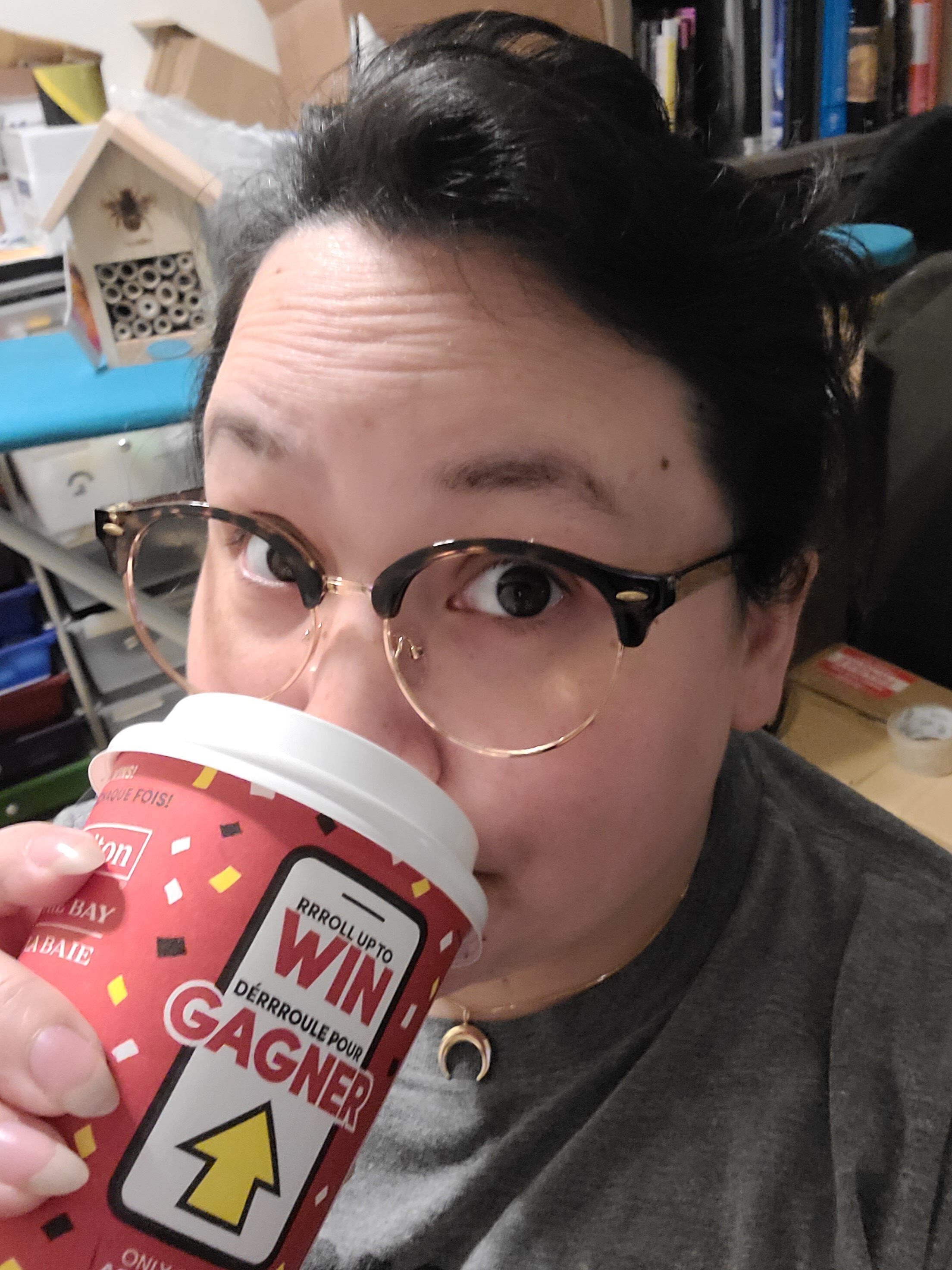 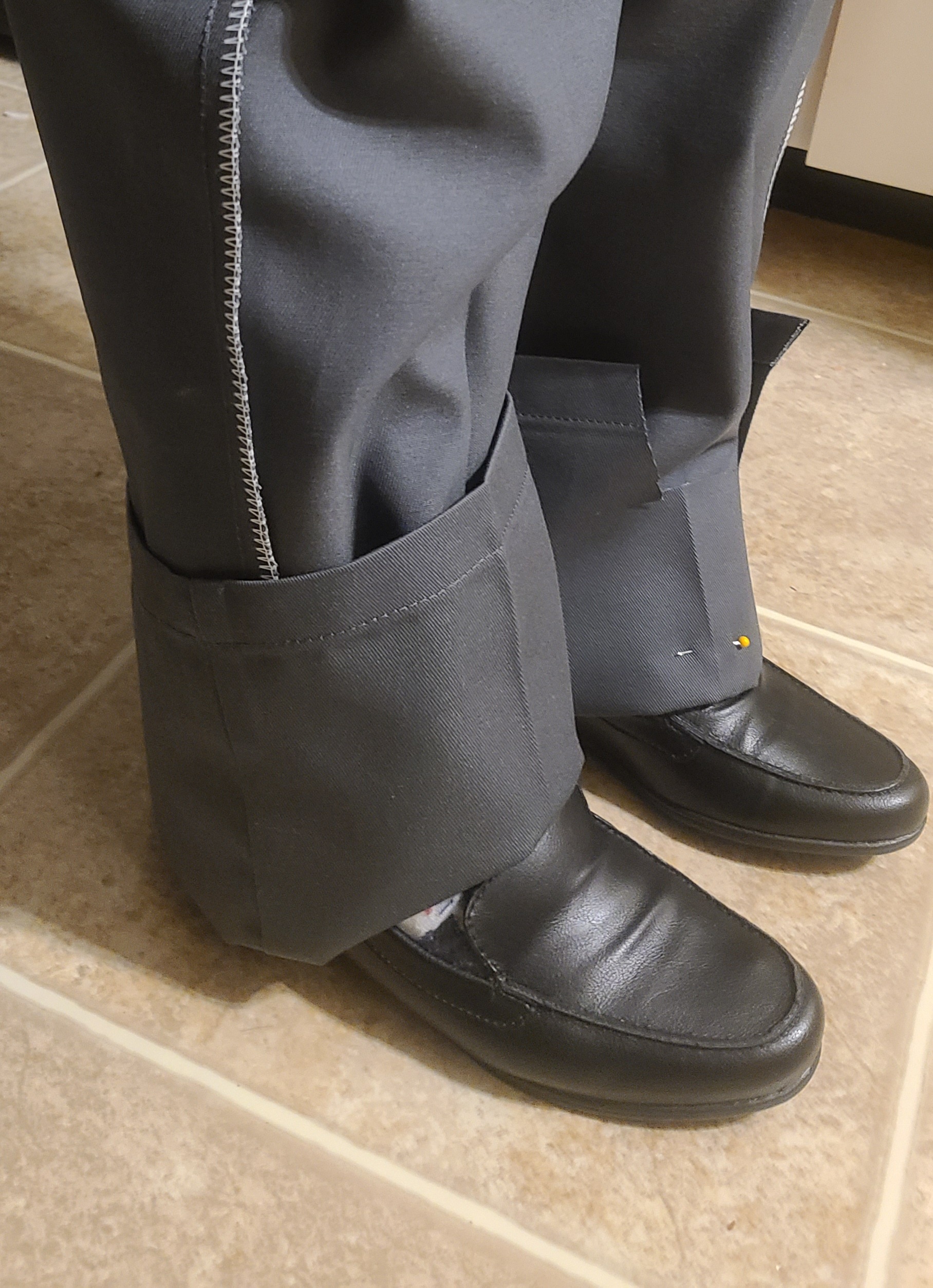 Also got my pants pinned up for hemming since I was so clever, and figured out my men pants size and then othered the biggest pair I could for extra fabric-- forgetting that mens pants sized for my waist aren't going to make it to my waist because of those dang feminine hips. So the pair I had grabbed for harvest fabric became my actual pants and the slightly too small became what I used for the sleeves. (If I were more petite I could have swung the armoured tunic part from the second pair of pants as well, as it was, I only used one pant leg of the extra pants.) Above you can also see the fabric that I picked up when I slapped it onto my dress form so I could see what kind of contrast I'd be getting between the two different greys.

I tried out ye olde boring military hair (sans hair gel because I wasn't interested in washing it out that day), and got to patterning the tunic. Luckily it's not too complex a shape, so I slapped some brown paper on my dress form and roughed it out. TurboCharizard had attached my spine pieces to a piece of marine vinyl when he was doing his own spine pieces for his Marine, so I cut a slot into the pattern to figure out the placement of it and the top stitching. 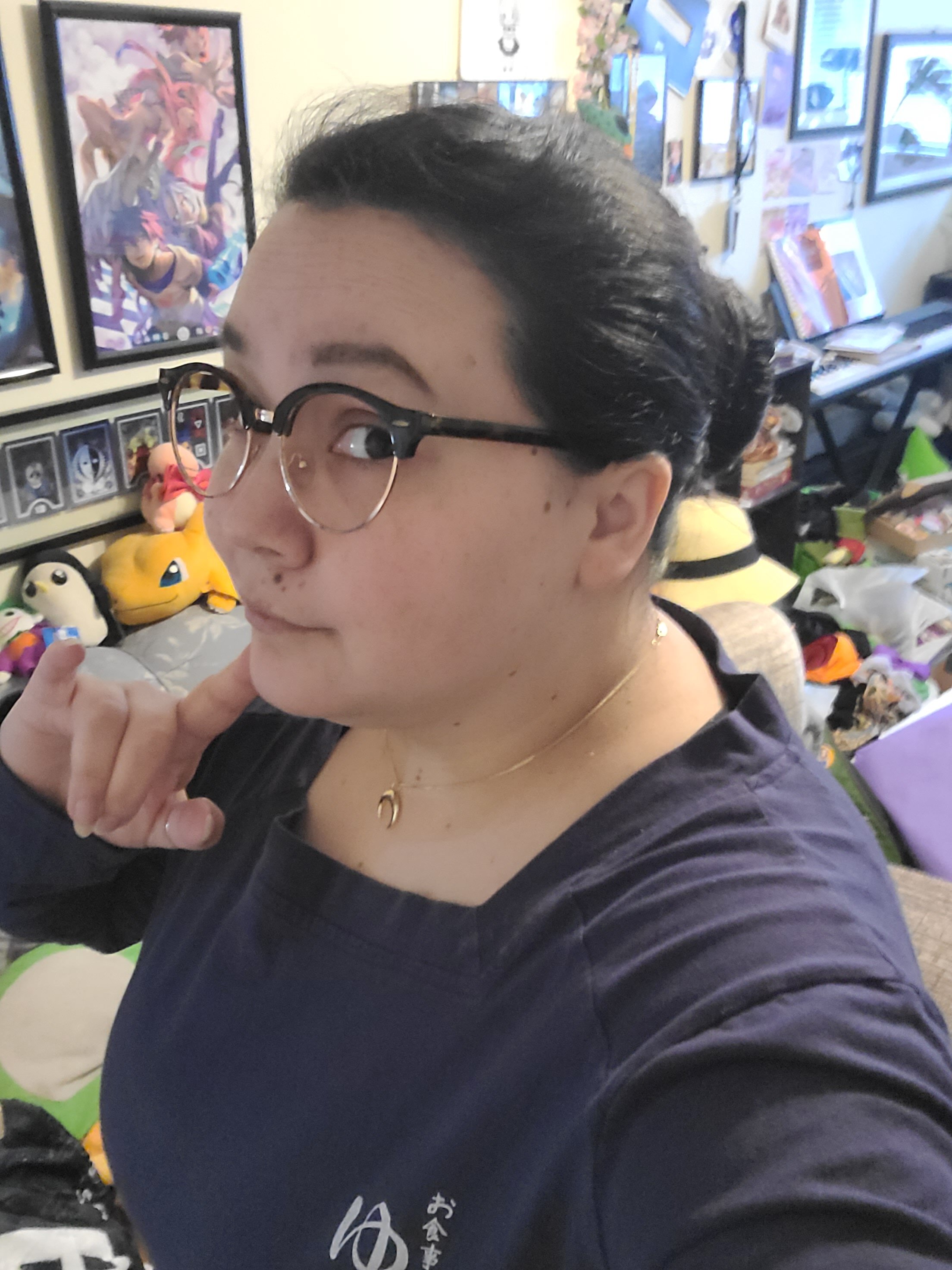 I got the patterns cut out, got it cut out in the grey fabric and then in the thin foam we had. I considered doing the chest somewhat different, cutting it below the bustline so I wouldn't be bulking up my top line-- but I couldn't decide where exactly I'd trim it so I didn't.

The front has the foam encased like a sleeve, whereas the back I did more as a literal sandwich-- top fabric, foam, bottom fabric and stitch all the way through. Not entirely sure it saved me any time to make the differentiation but the back has a bias tape edging so it seemed simpler at the time. To do the top stitching I just transferred my pattern onto the fabric with some chalk, and then took an old tooth brush and some water and gentle scrubbed the chalk away.

I made really good progress on her the weekend before the event. The missing details from around the throat TurboCharizard did a quick foam (and I think worbla) piece that he got a base colour down on either while he was clear coating his Marine or when he was getting ready to pack. And the tunic was nearly complete, one last good craft day on Monday and she would have been in the bag. Not perfect, but wearable and presentable. But then Services Canada jerked me around for the entirety of Monday, and I literally had to go to the Passport Office THREE times before they got me my passport 20 minutes before they closed for the day. So after spending 6 hours not knowing if I'd be able to go to the event at all, I was perfectly fine with deciding not to finish the crunch on Serin and instead pour another Mudkip and pack and get hype for seeing friends. 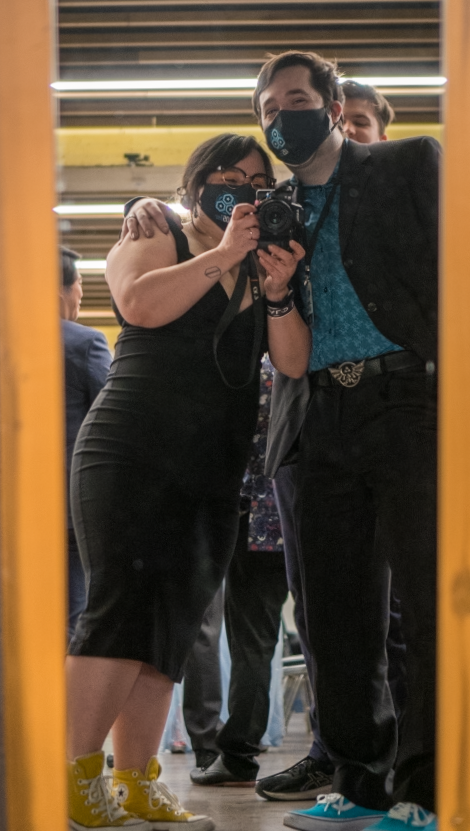 I was correct all along that I would have an amazing time whether I finished Serin or not. Honestly the only regret I have is if I HAD finished Serin I wouldn't have spent the entire event in heels I was very happy to switch into my converse for the actual screening. Definitely should have just gone with them from the beginning. 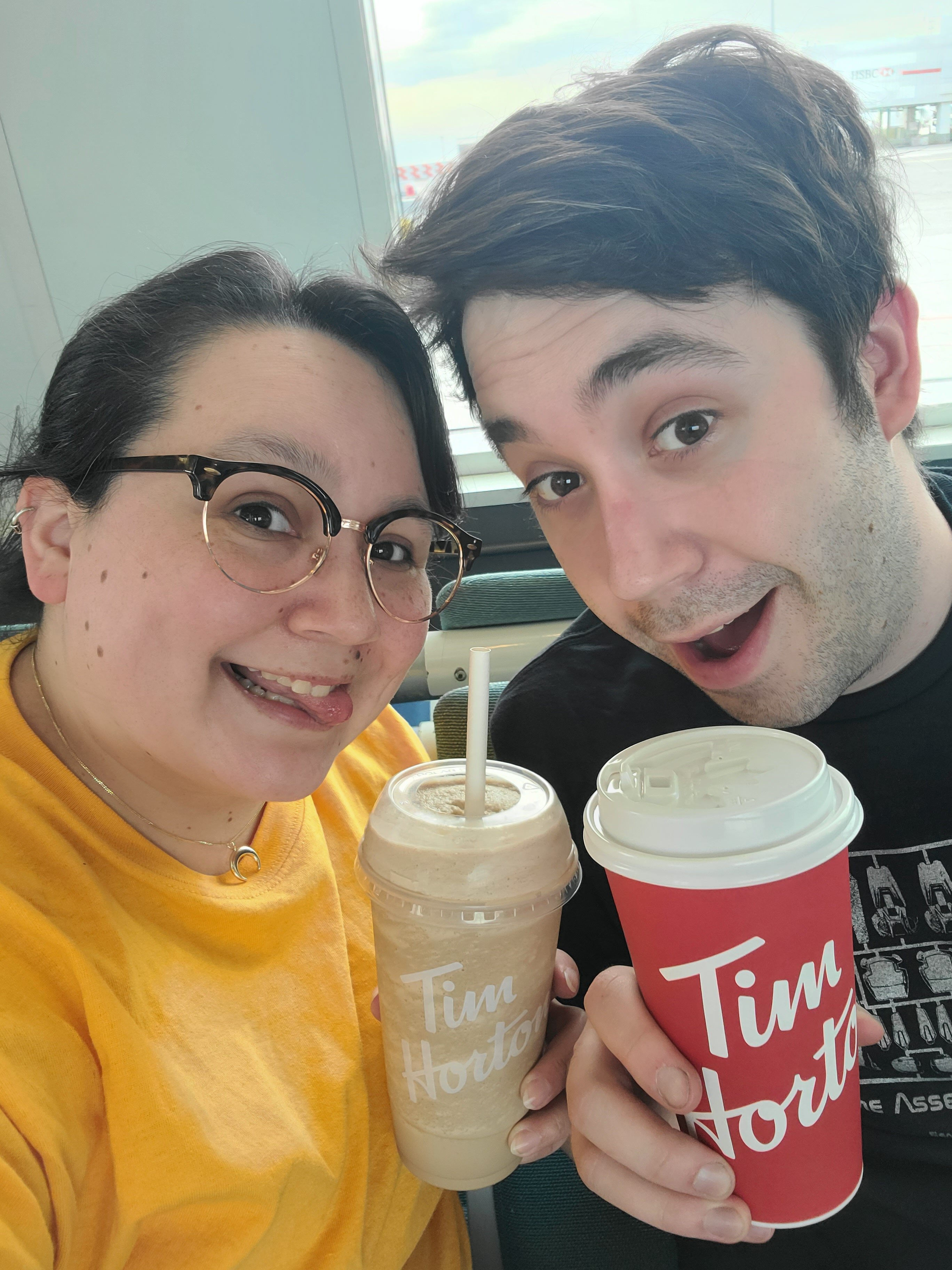 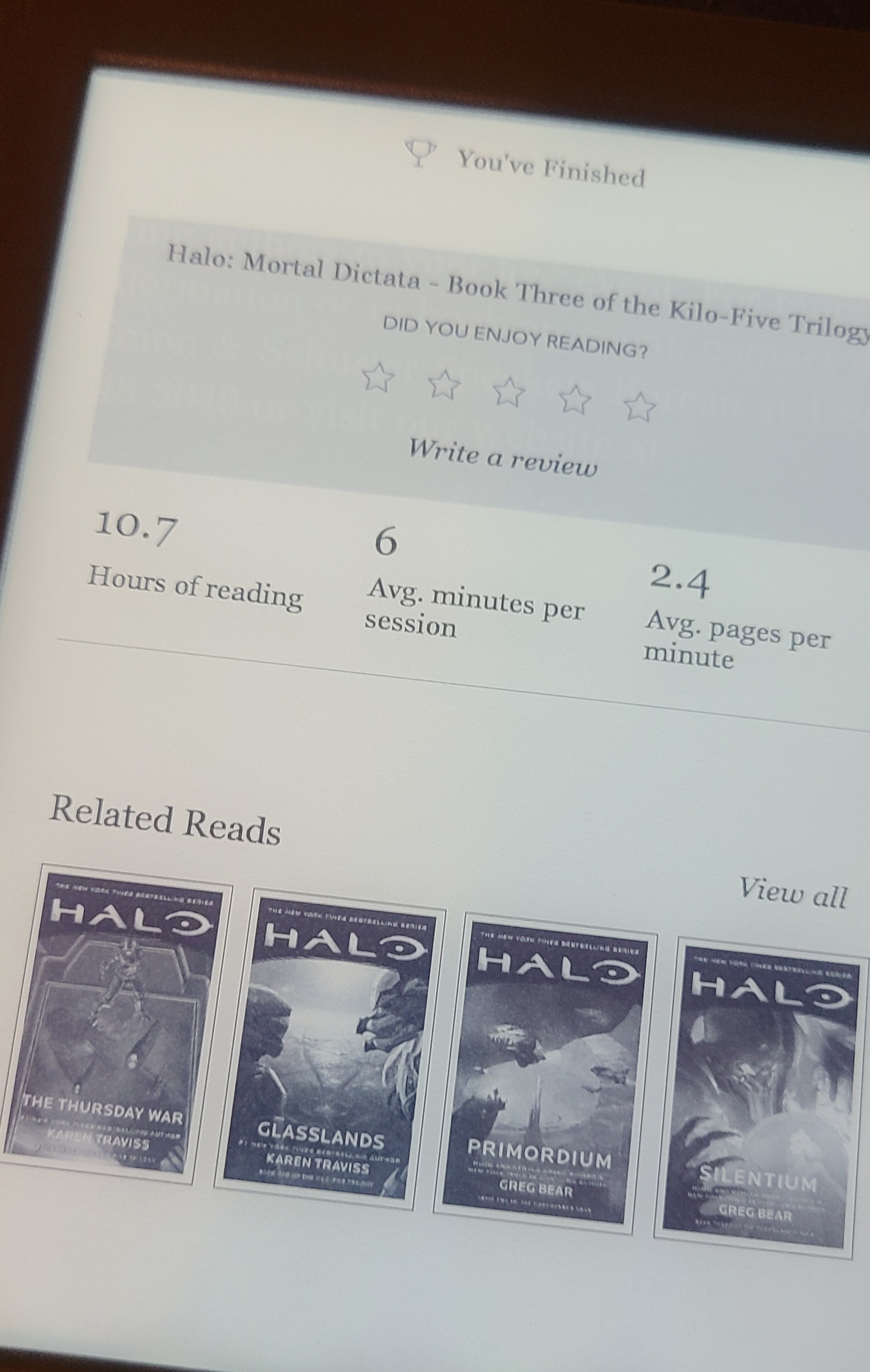 During the Crafting Stream for the 405th Day Celebrations I finished the other side of the back of the tunic. I definitely wish I hadn't already attached the vinyl sheet with the spine pieces attached but I did manage to get it all together. I just need to finish the bias tape around the bottom of section of the back, and then figure out how the shoulders/the connection from front to back will work since I need a way to get in and out of the costume. I also need to pop the ONI symbol onto the front piece, and paint the shoulder cuppies since they got missed in the whirlwind weekend before the event. Then I'll be ready to pop some candied ginger in my mouth and order some spartans to go and kill Catherine Halsey~

Side Note: I also, ADORE Parangosky. Hands down she was what really grabbed me when I started reading K5 (Althought BB won my heart overall). So I'm also thinking I'll pick up a cheap white wig, and some aging prosthetics so I can also enjoy some ginger nuts and a nice mocha while terrifying every one in the universe. Like organized crime in uniform, like protégé. 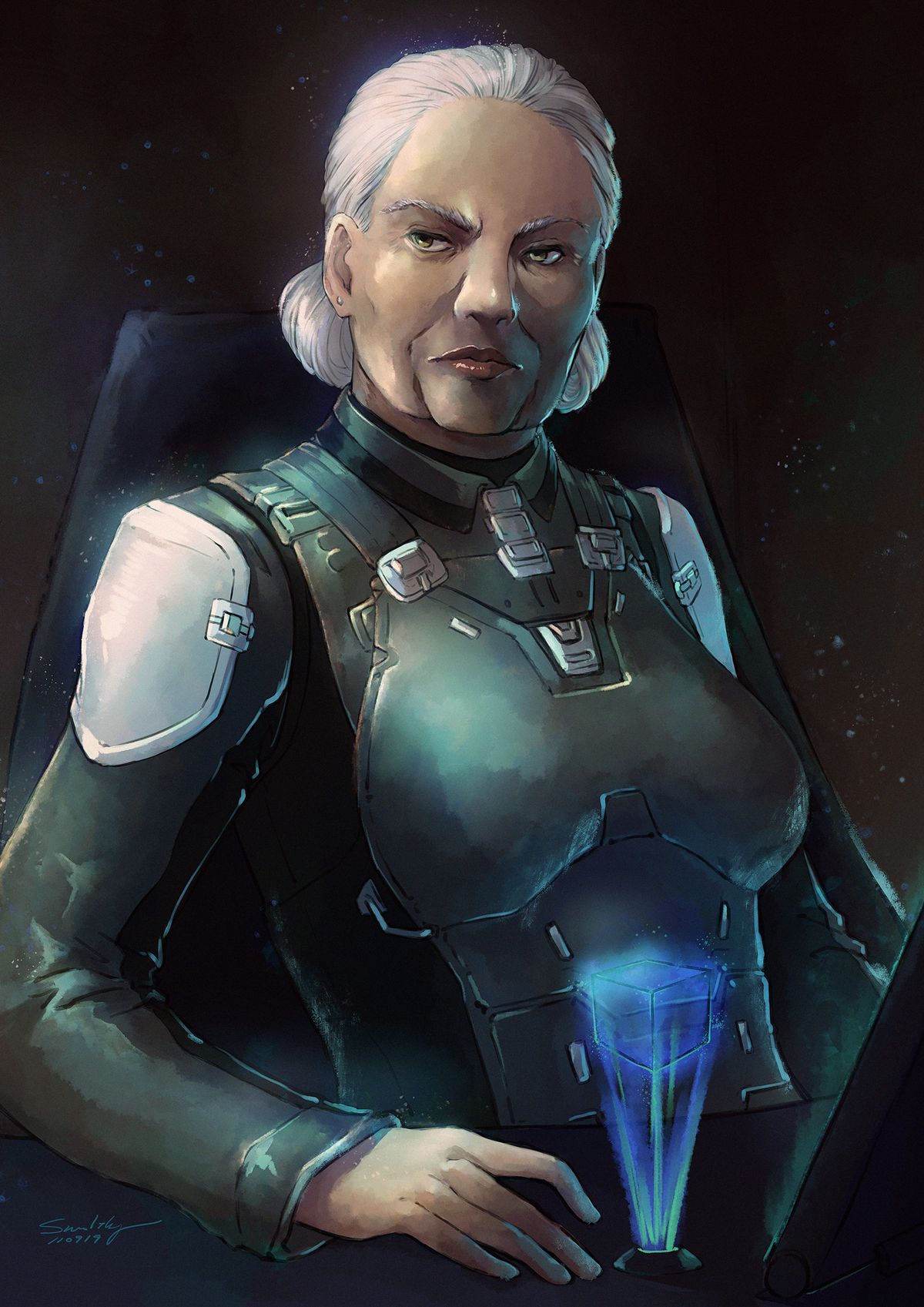 32 minutes ago
Off Earth

32 minutes ago
Off Earth