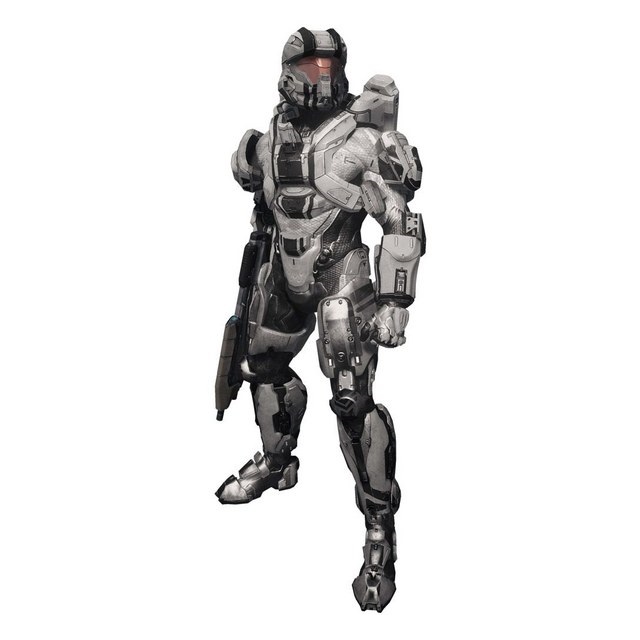 
Notes and comments:
Spartan Sarah Palmer: While on-board the infinity before he was re-assigned to the Monochromatic i noticed very early on if you weren’t in his squad he wanted nothing to do with you unless he is in a combat zone that is. Then you cant get him to shut up...
//9-12-2558//

Spartan Jonathan Jones(squad mate): I have known Vincent sense training and he has always been a little anti-social but once he got to know us as his team he was pretty damn open and ready to accept us...he said he wanted to become a Spartan because he met John-117 when he was younger...probably before he could enlist...
//7-01-2557//
Personal records: Criminal: 5 arrests: 1 account(s); Assault with a deadly weapon on a UNSC officer. (officer suffered minor injuries still active)

3 account(s); Theft of weapons (let it be noted that it was weapons from an insurrectionist encampment, but he was still convicted for theft, the insurrectionists were all taken in later for conspiracy and possession of UNSC weapons [see attached file ; ARREST WARRANT(x34) TR1112:231aGAMA,30]
Second account: theft of an automobile (civilian owned vehicle stolen under idea to sell for credit in the market)
Third account: Stole nearly twenty thousand (20,000 cR) Credits in 2 hours, from a casino [see attached file; Arrest WARRANT T20k:149aDELTA,22]
1 account(s): Murder; he was assaulted by a vagrant but instead of responding in equal or parallel force, he stabbed the man 12 times in the chest.

Last known Location: Orbit around HALO instillation: 002
Aboard: Monochromatic
Mission: escort, security, and assault on any hostile force.
Position on board ship: UNSMC and SPARTAN commander

Common location: Command bay or mess hall with his squad

What is your favorite version of any Spartan armor?

What is your favorite version of any Spartan armor?