Mountain Regiment
Greetings, normally I wouldn't post a project like this here on the 405th, but I've seen a lot of great non Halo projects pop up. So I decided to post, what is going to be my crown jewel of my collections of replica weaponry, the OSIPR2 or AR2 Pulse Rifle from Half-Life 2.
I'm sure theres a lot of people out there saying "What the heck Tacts? You said you were doing the shotty next?!" Before another person blows a vein on thier forehead, let me make it plain and clear that I started this project LOOONNNNGGGG before the Timberwolf, M6, DMR and the M7. I'm just going to finish it now, or at the very least, make some seriously good progress on it. But technically the M90 is my next recreational project.
Now that that's put aside, let us proceed with the AR2.
What is the AR2? Well, it's this gun:

The AR2 is a dark energy rifle that fires envelopes of dark matter. The secondary fire dumps the power core and releases a ball of energy that bounces around all over the place and disintigrates everything in it's path. Cool huh? Not only that, it's just an awesome design.
And without further ado, here's my Half-Life 2 AR2 Pulse Rifle WIP: 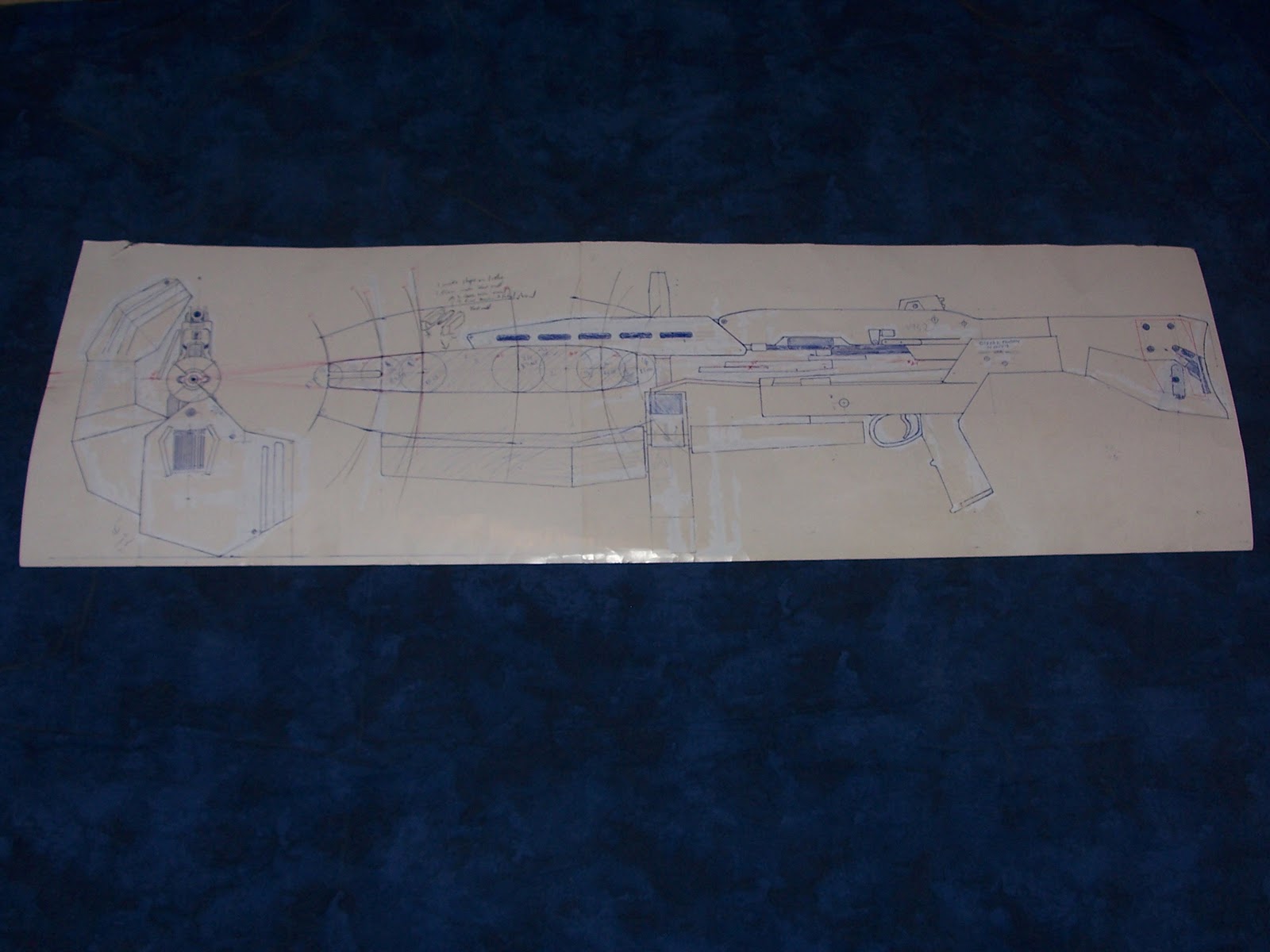 Here's the draft of the AR2 (Yes it's a big gun ) It will feature a moving hammer, a detachable magazine, a detachable power core, working safety, trigger and lighting system. All that, and the hammer, will be wired up to the safety. 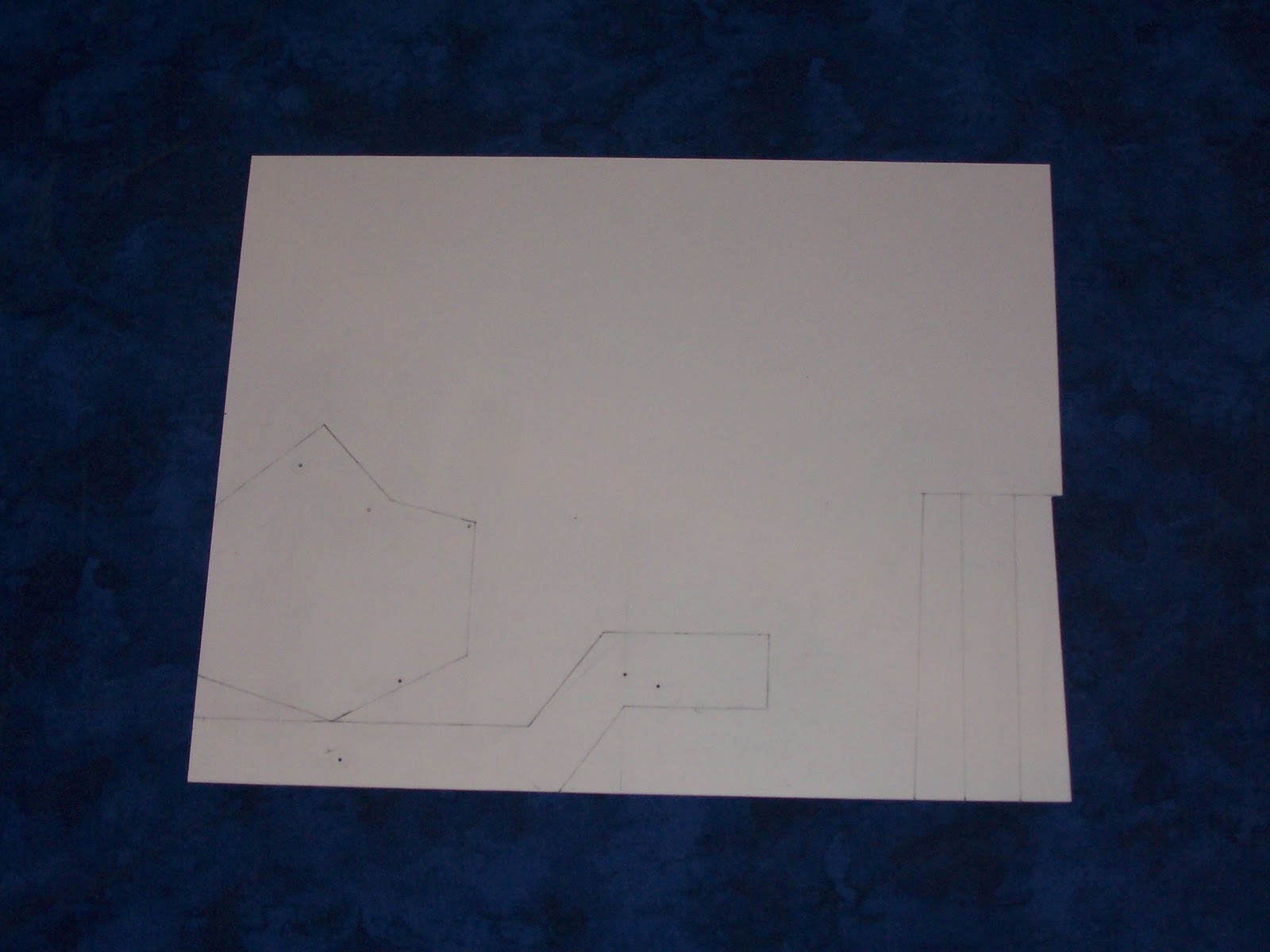 Heres some of the gun etched onto a sheet of Sintra board. 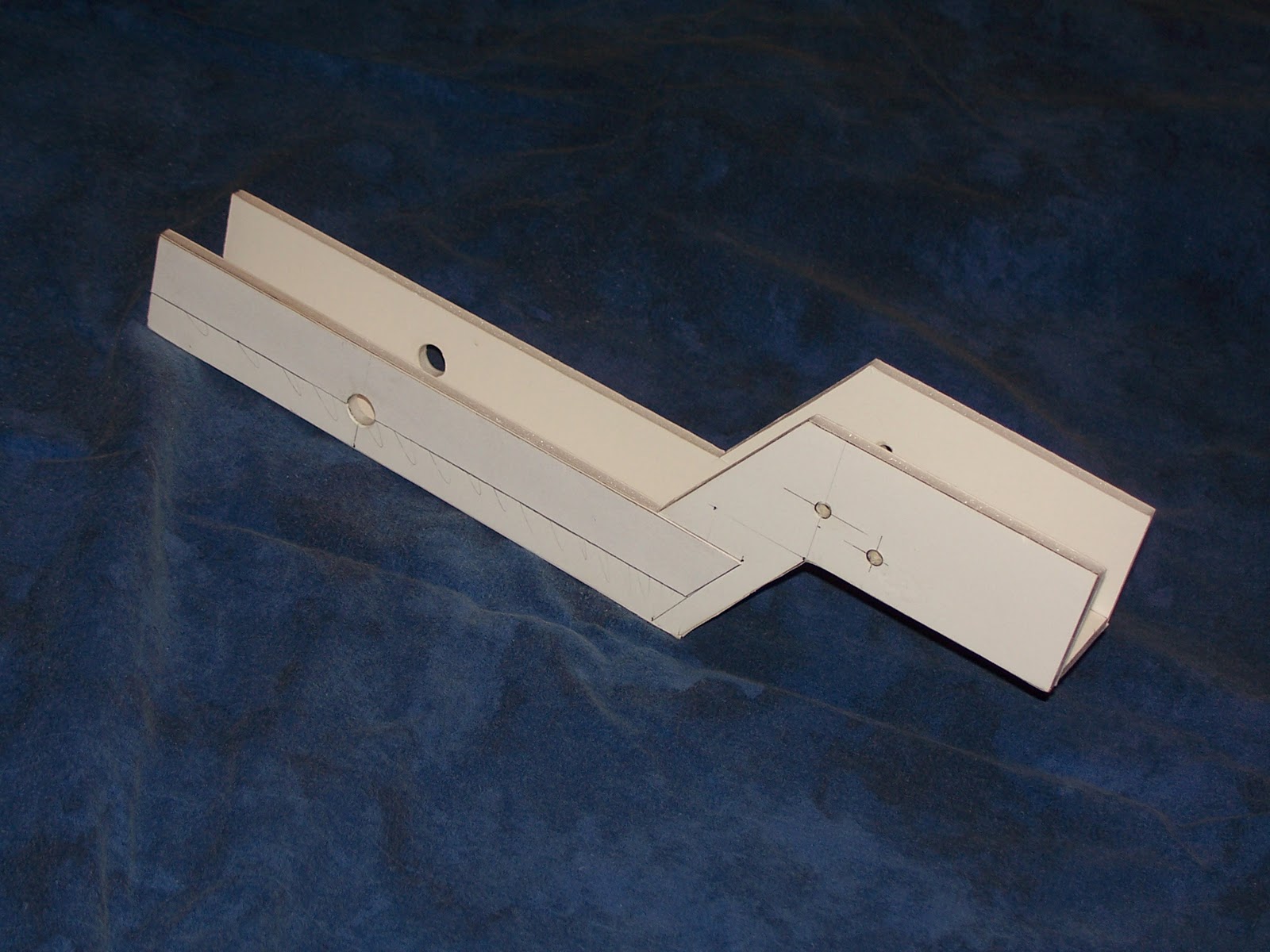 Here is the lower reciever test peice made from foamboard. The finished peice won't be that wide. 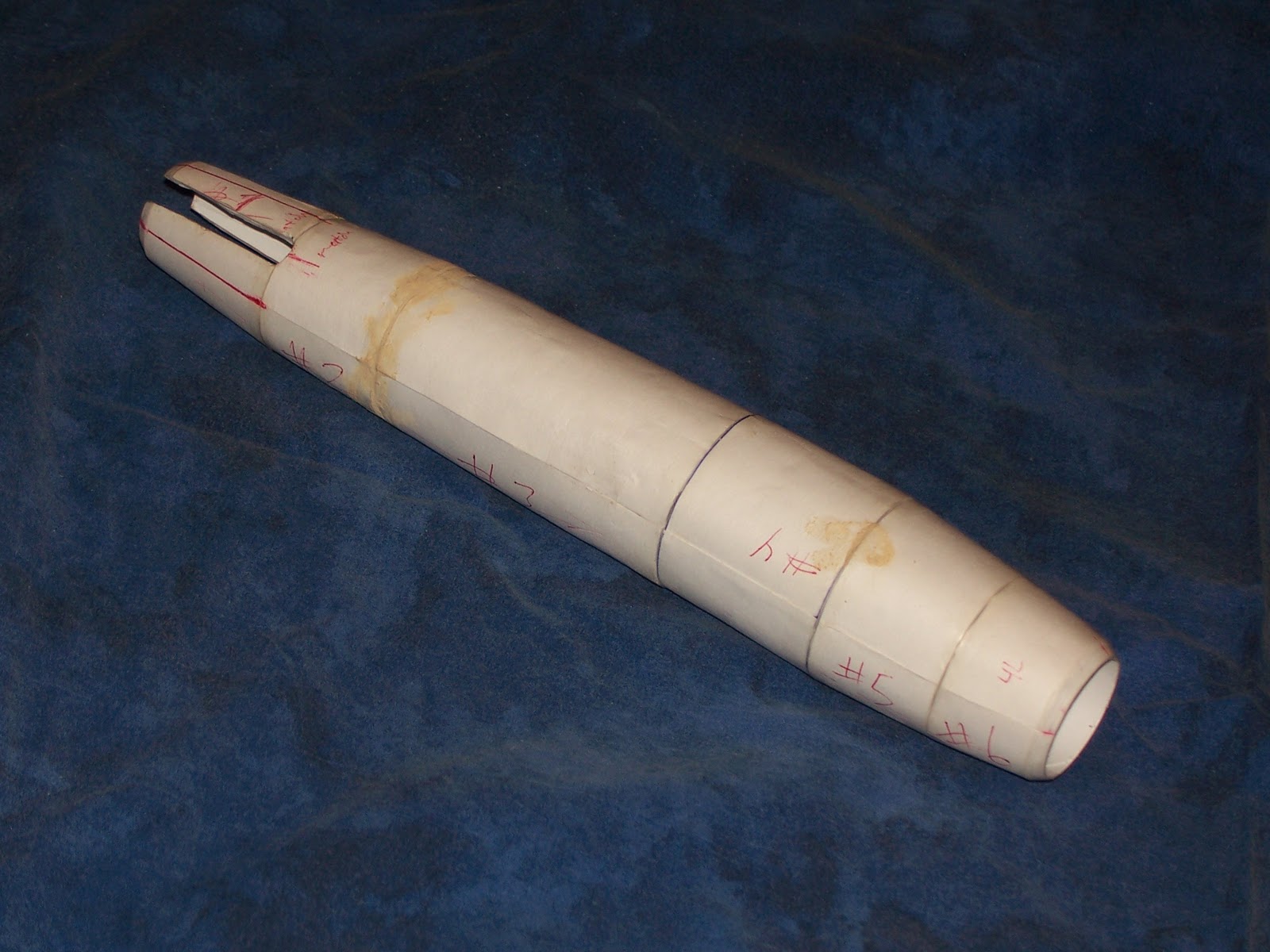 Here is a test peice of the barrel shroud. This will be used as a reference for when I lathe the shroud peice. The shroud will have to be hollow so I plan on making a mold of it and do a rotocast.

Thanks for taking the time to look at this. Questions, comments, critiques are welcomed.

Why you so awesome?!
T

Can I say that I think I may be in love with your awesomeness?:cool

I say man you are so awesome it wouldn't be accurate to call you an elite!
T

Mountain Regiment
@SPRTNBD50
Thanks. But I'm not the one who's going to be awesome, the AR2 is!

@Tyvern
Thanks. I can already tell you're going to watch this thread like a hawk.

Everything is coming along nicely, started making the magazine assembly, the lower reciever and the buttstock. I'm hoping to get the magazine itself done tonight and have the gun partially assembled by tommorow night. Unfortunately my time is divided between this and the Yuatja ship that someone commisioned me to make (I really hate that ship!) so I won't have as much time as I would like to make it. I'll try to get as much done as I can and get you guys some pics tommorow.
As usual, questions, comments, critiques are welcomed.
T

Where could i get some sintra board, and how much does it cost?, because it looks great for a mouldable piece, say a combat knife.
K

Toacrabman said:
Where could i get some sintra board, and how much does it cost?, because it looks great for a mouldable piece, say a combat knife.
Click to expand...

i got a sheet about the size of a king sized mattress for about 45 bucks, if that.
Sintra is a brand name, PVC expanded, rigid foamboard is the most common technical term i've heard.
and a plastics supplier or factory would be the best bet,
find a local, because online they charge alot more.
T

Mountain Regiment
Nailed it on the head Kommissar. I used to get my stuff from foamboardsource.com, now I'm going to get it from wherever Kommissar gets it. Of all the luck I had to find this out after I made a big order for sheets this morning.
T

Mountain Regiment
Sorry for the double post, but I figured everyone could use an update. 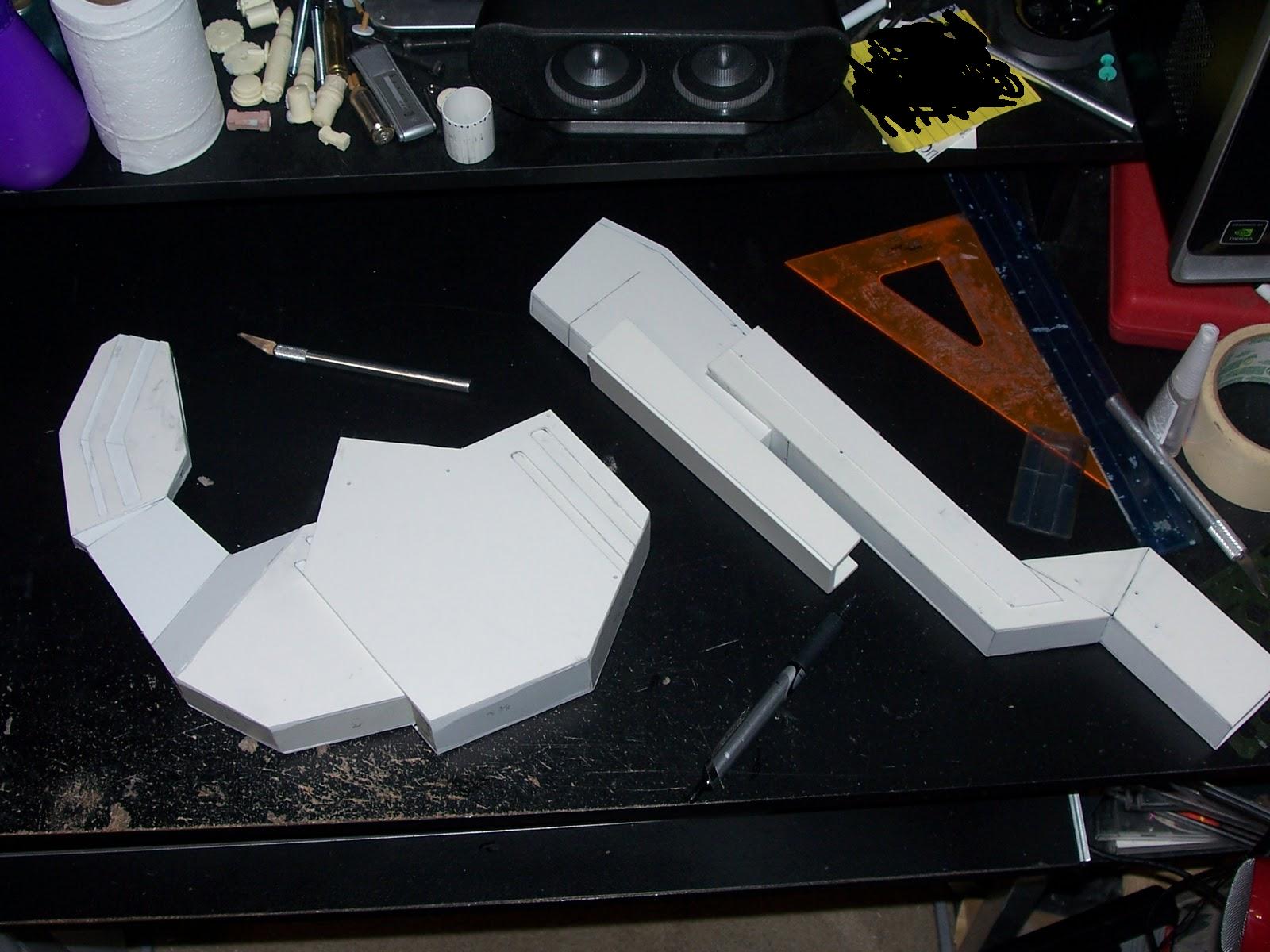 Here Is the lower body. I do have the stock cut out and partially assembled, but I'm not going to show it until that part is fully assembled 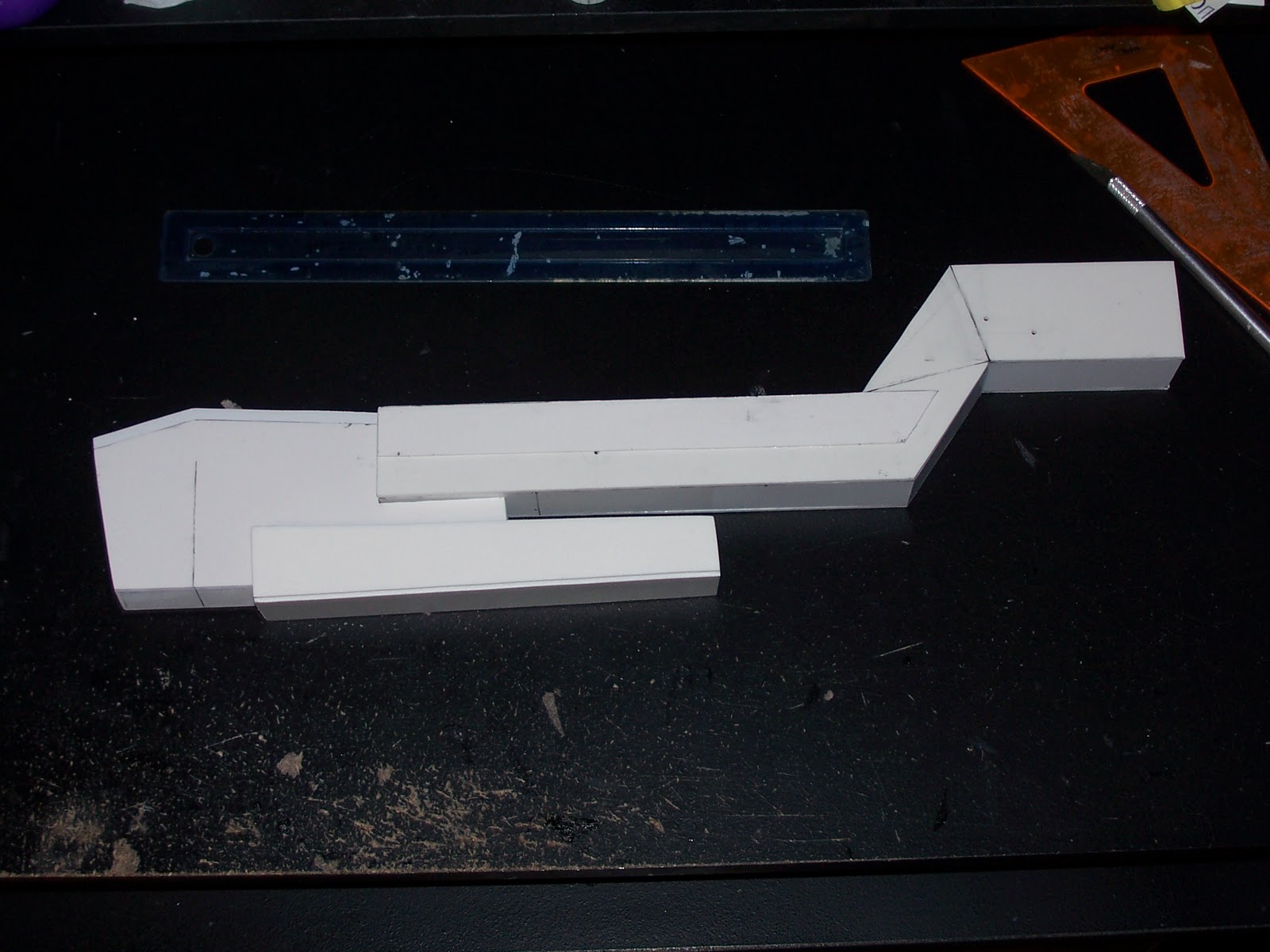 Here is the magazine. It splits into two parts, one side storing energy orbs, and the other a detachable magazine. Now before people start freaking out on me saying "these don't detach", I did my research and I do have the references, these parts do detach. 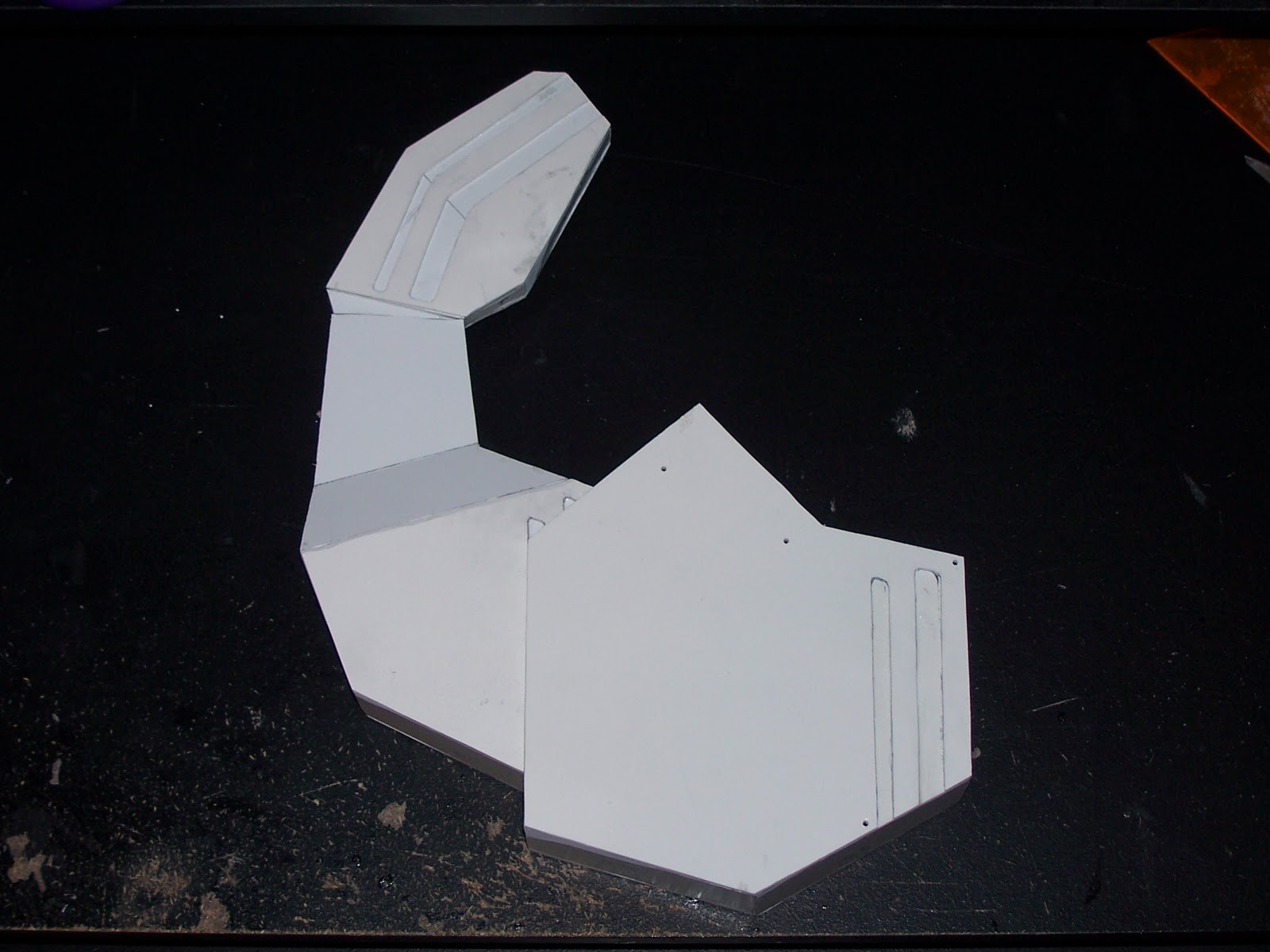 Now I do have plans on making copies of the magazine for another project. 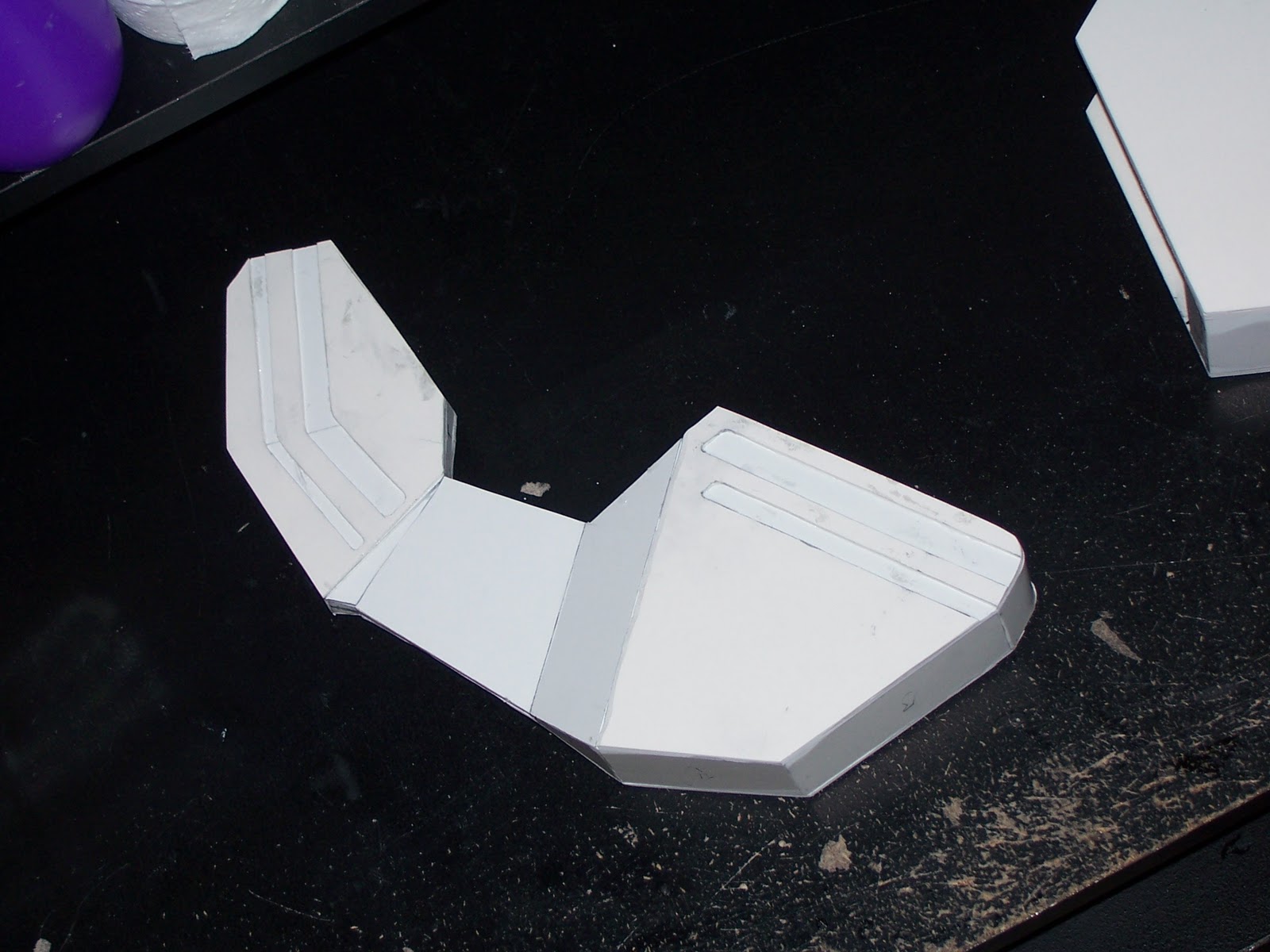 Unfortunatly this project is going to be slow, as I currently have two commisions on my plate and another project, which I'll show you guy's later. Hopefully I can make good progress on this over the next month.
Thank you for taking the time to look at my AR2, and feel free to leave any questions, comments and critiques.

Mountain Regiment
Triple post. Ouch! Is this thread dead... Maybe I shouldn't have said that Master Chief was Gordon Freeman's bitch.
Here a small update, for anyone still interested: managed to lathe the barrel shroud and with many helpful suggestions from members here on the 405th, found a way to cast this piece very cheaply, though it may be another little while before I get to it. Finished the grip and partially attached the stock to the lower reciever. Progress is very slow, but I'm gettin there! 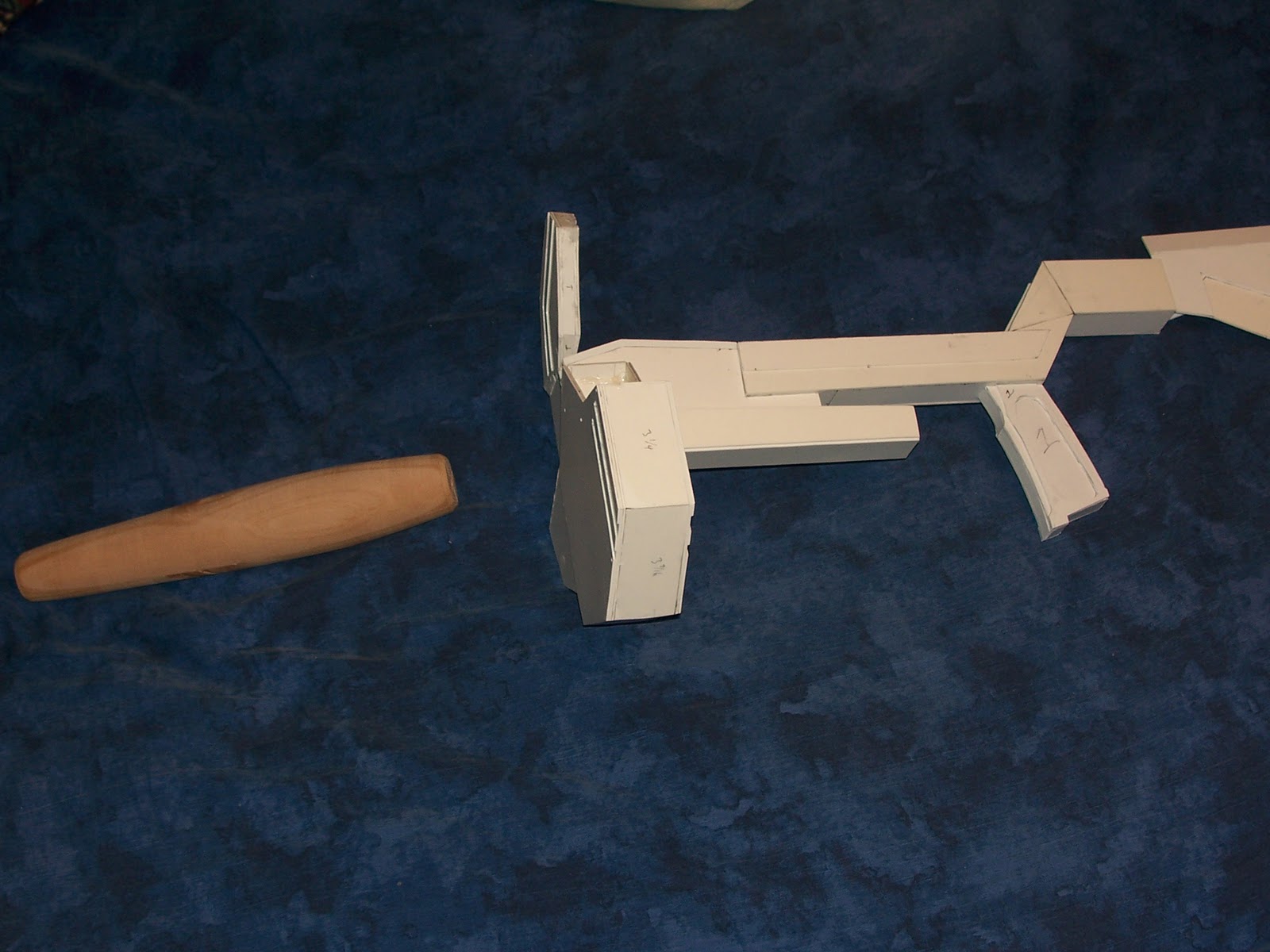 Oblique view of the pulse rifle, partially put together. 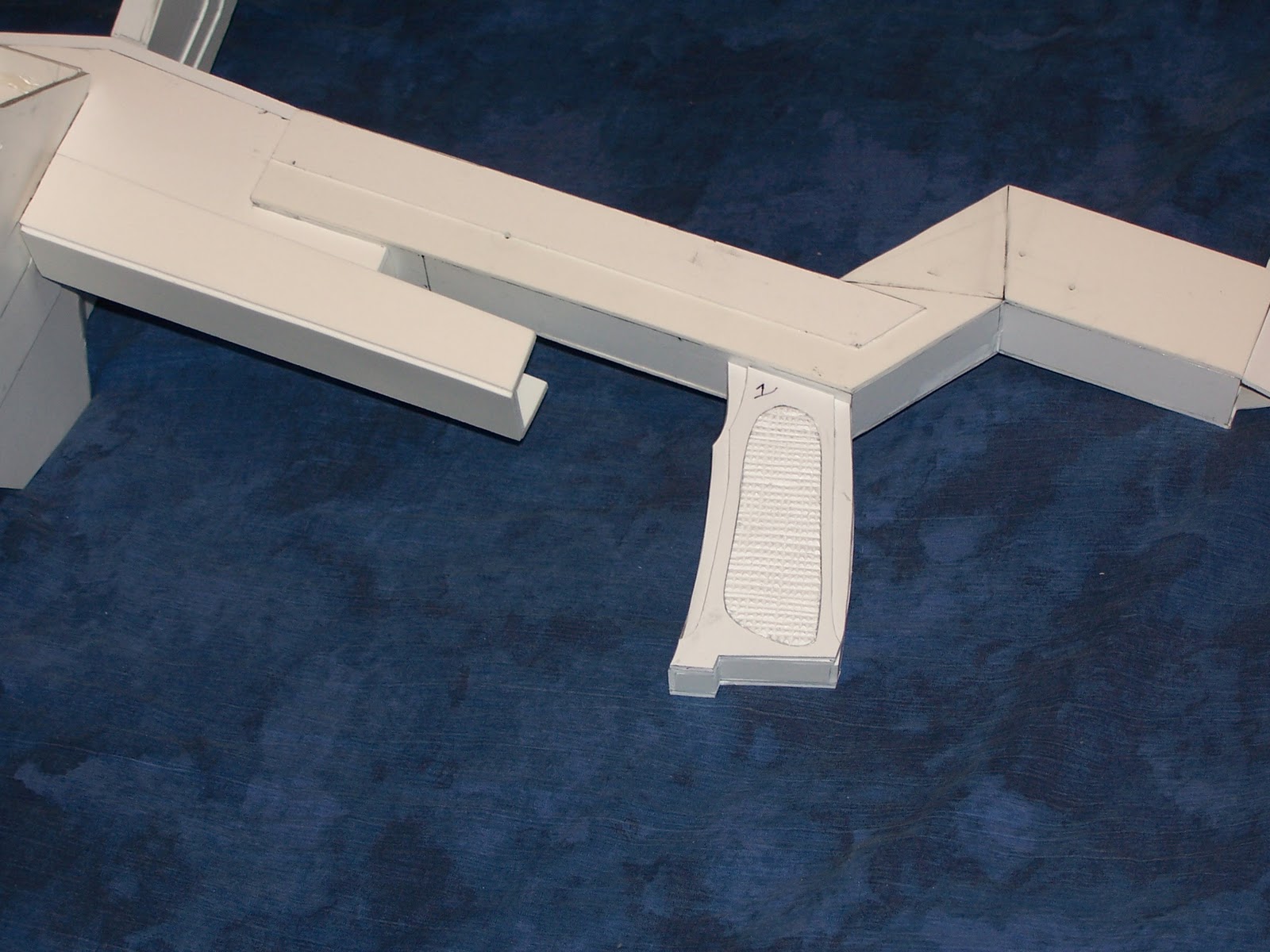 Checkered grips. Took me an hour to make, they're not the greatest, but they'll do. 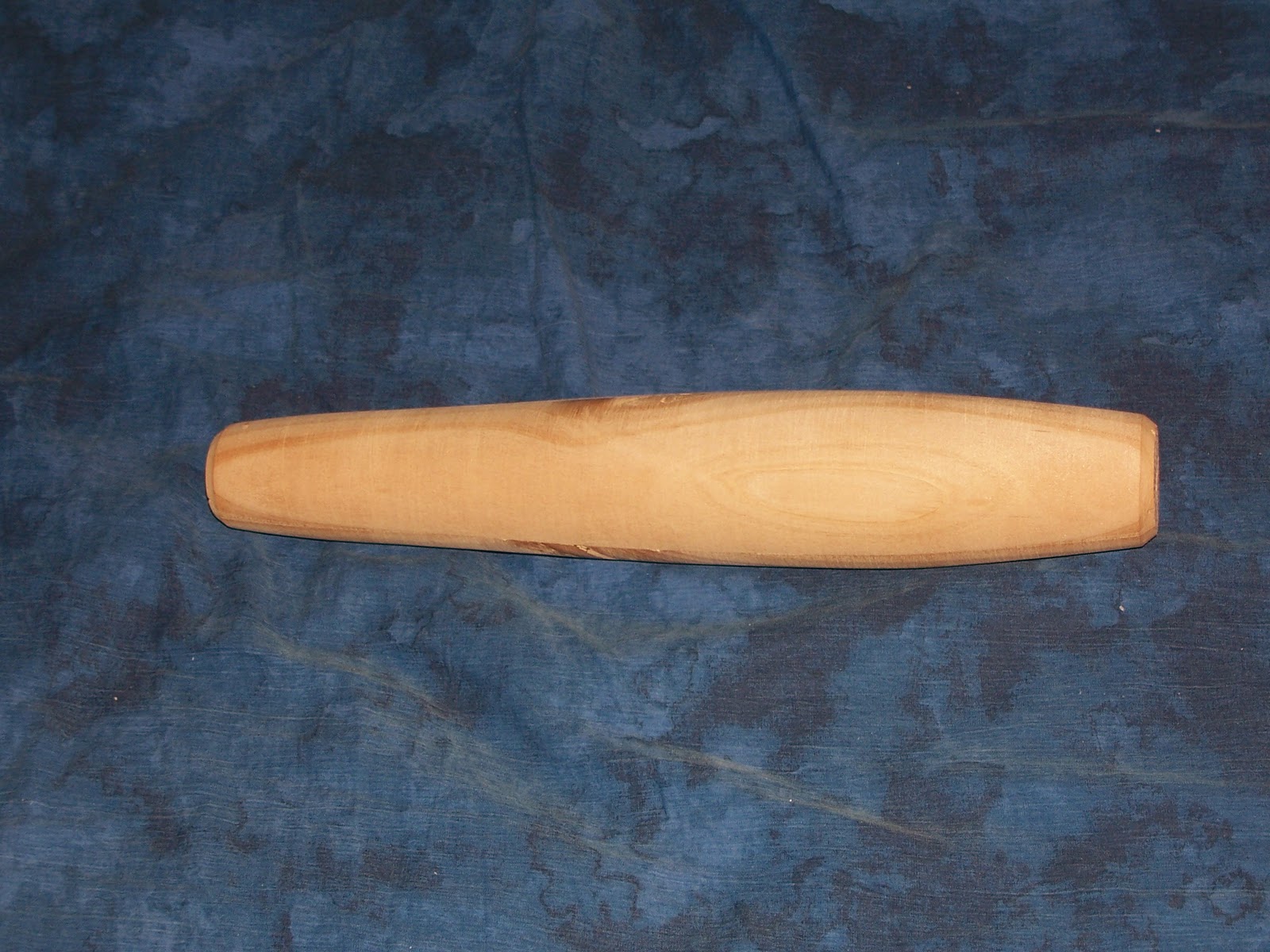 Hopefully this project will start moving faster now that the other one is taking shape.
Thanks for taking the time to look at my AR2. Any questions, comments, critiques, are welcomed.

dude even if we arent posting, we are ALWAYS watching you your stuff is great like all the time.

looks pretty great so far, keep up the good work. are you going to keep it kind of low poly like in the picture or add extra detail?
B

Mountain Regiment
I agree with the above comment. I always enjoy seeing your updates, especially when they are that full of win
T

Mountain Regiment
Yeah, I know you guy's are always watching. A triple post of updates was a bit unusual, but wasn't discouraging. Actually, I had something fun planned for a quadruple update, but then you guy's posted. But that's all right. I'm glad you guy's are liking it. Like the M7, I'm going to go above and beyond with this beast.

As for the model, the model looks low poly because I havn't put all the detailing in yet. I need to put more layers on it and some putty. What I'm shooting for (no pun intended) is the first person model quality (or V model) over the world model (W model). But when it's done, it will blow your mind. (That's the plan anyway -<)
Last edited by a moderator: Aug 2, 2017
T

Mountain Regiment
I bet you guy's thought this thread was dead? You were wrong! You were all WRONG!
Anyway's I made some seriously good progress on it, just have a few small details to work on and this beast will be done. Check it out: 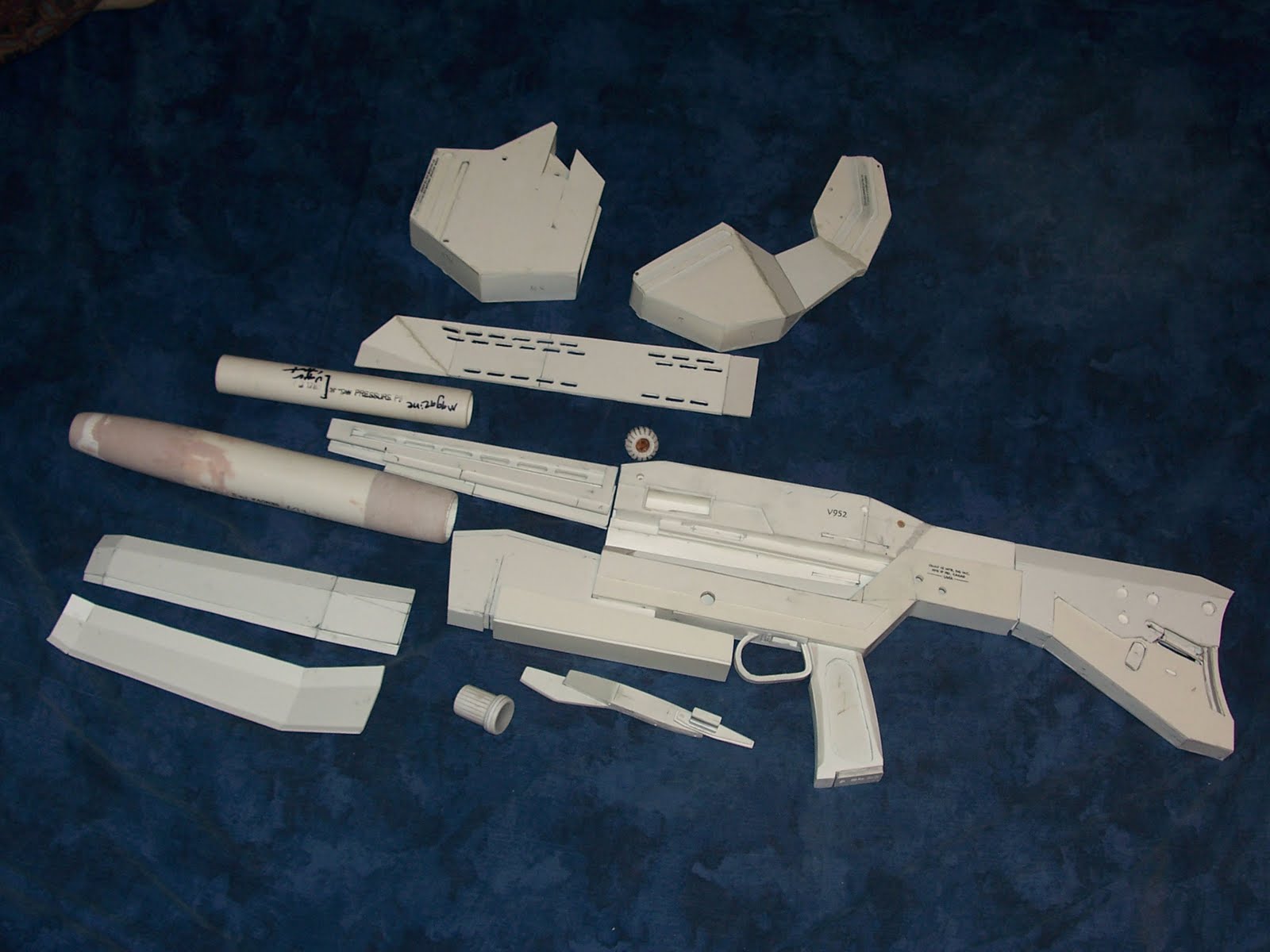 I made a lot of changes on the model, replacing the lathed chunk of wood with a worked peice of PVC pipe, rescaling a lot of the gun, and making a trigger group/safety compartment on the base of the "reciever". 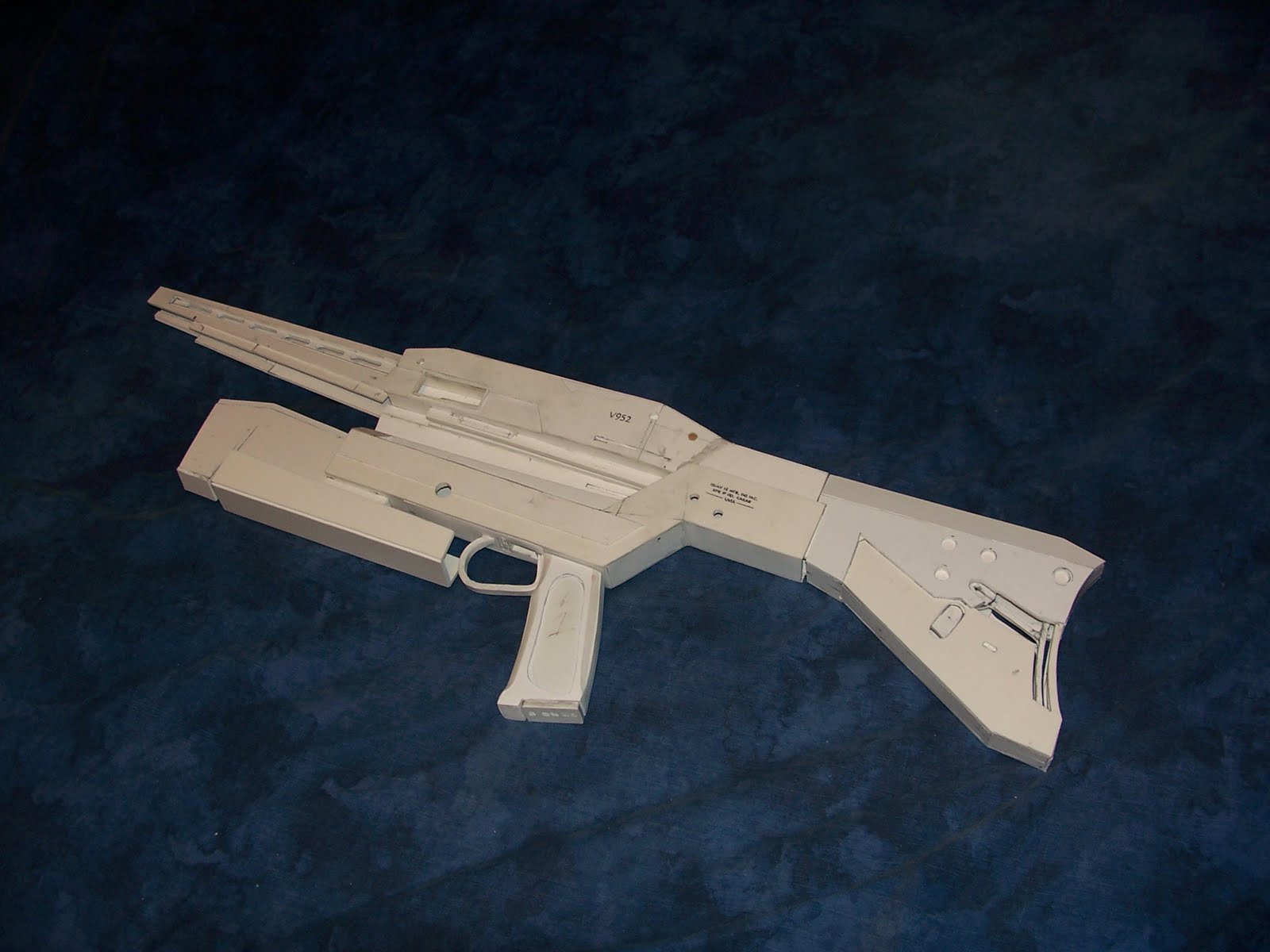 Here's a more streamlined look of the AR2 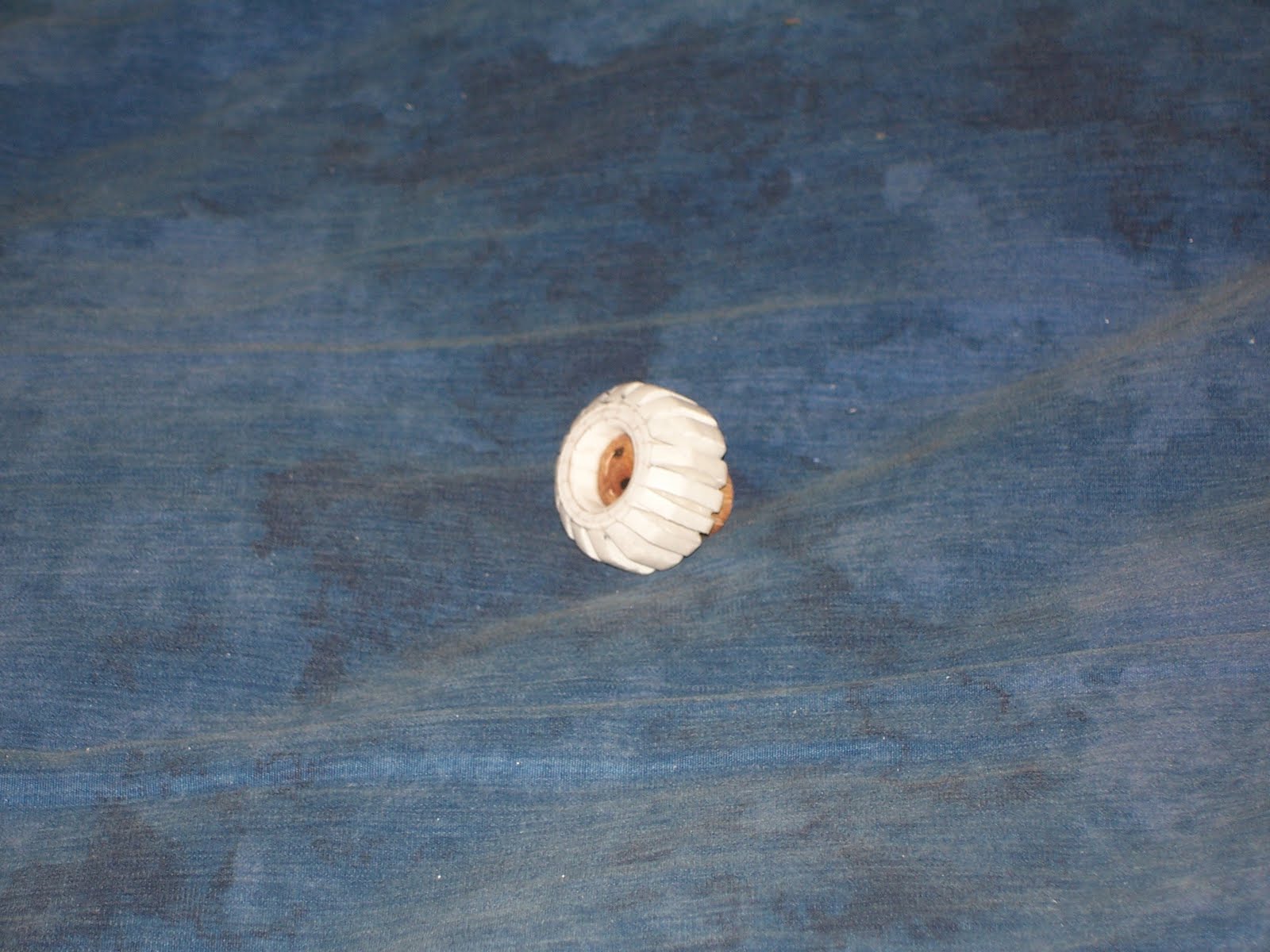 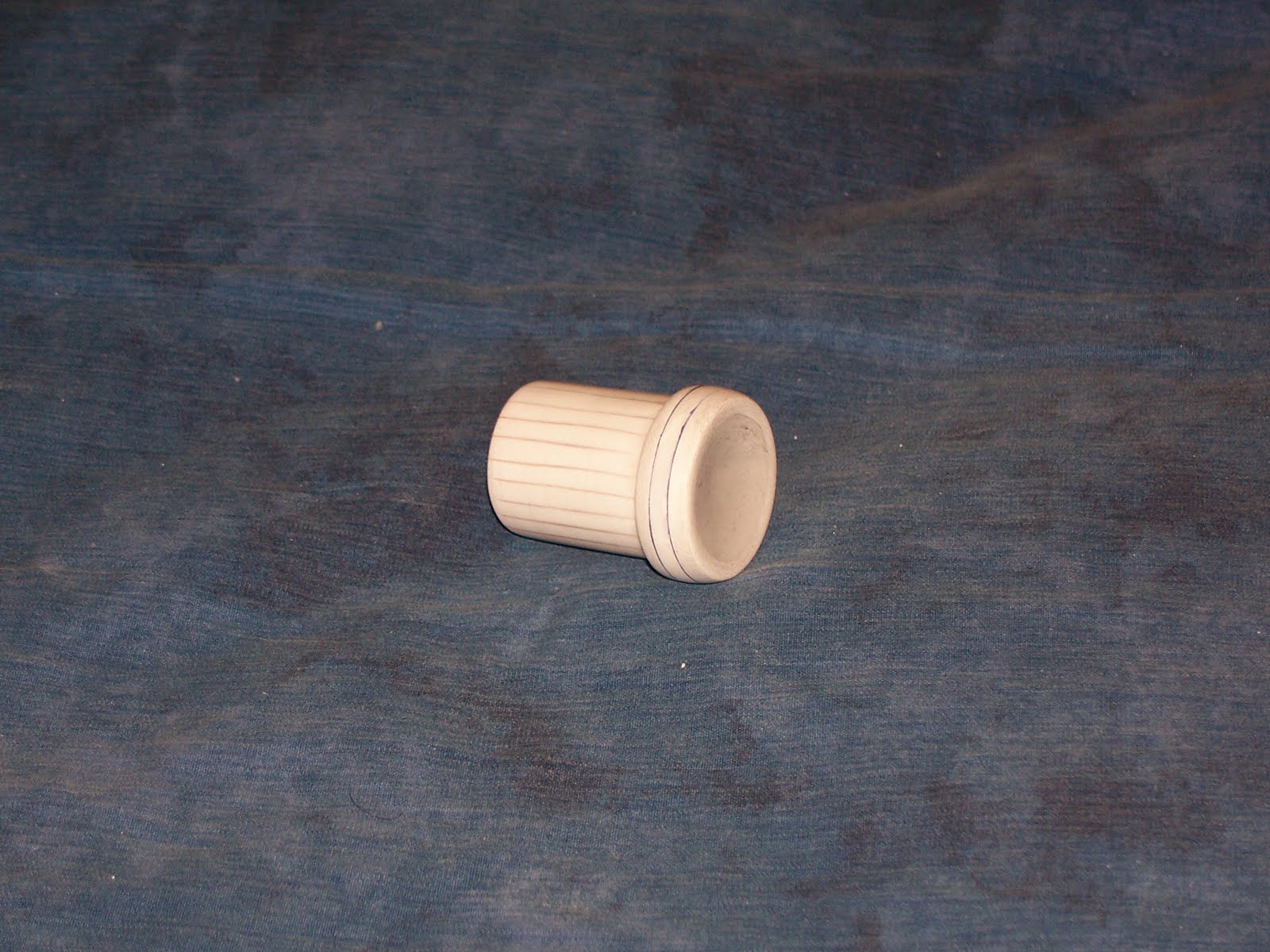 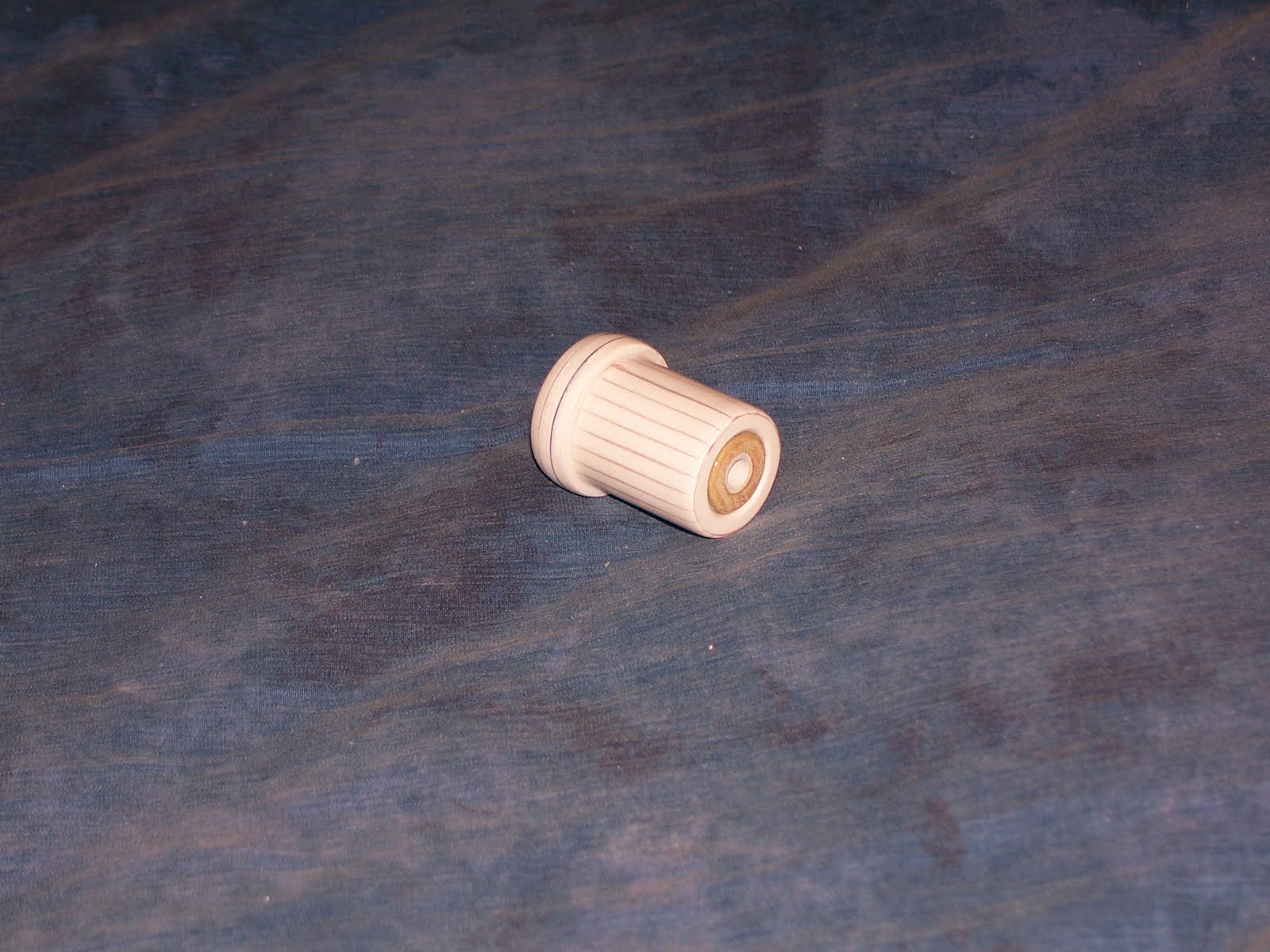 Here's the magazine, or power core, or whatever it is. Still need to carve the detail on the back. 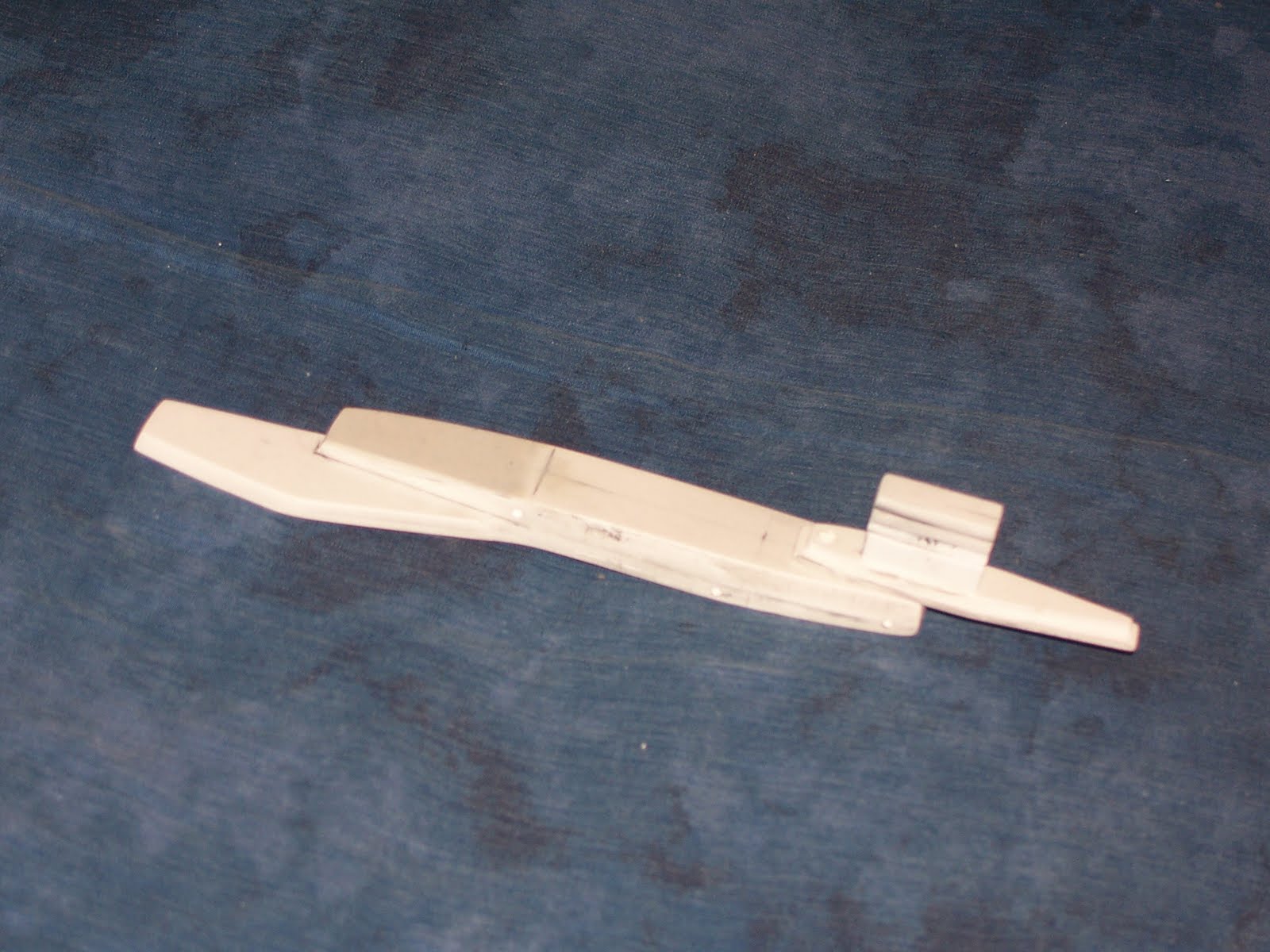 Last, but not least, the "hammer", or "striker" or "reloader firing thingy" My favorite part of the gun.

Hope you guy's enjoy the pics, and any questions, comments or critiques are welcomed.

this should be a good build
T

Midwest Regiment
Tactonyx... you are a master. simple as that. And seeing as this is HL2 (overall favorite game) you are the best person of all time. Hahaha, good work, can't wait to see it done!
V

great job, this is amazing
K

You're scratch builds are very fascinating to watch!
A