THis is only say 75% done, mostly the front chin area needs to be done, but the back and sides are say 90% done 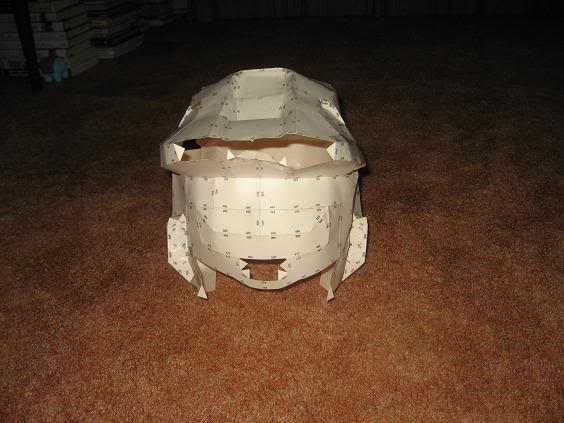 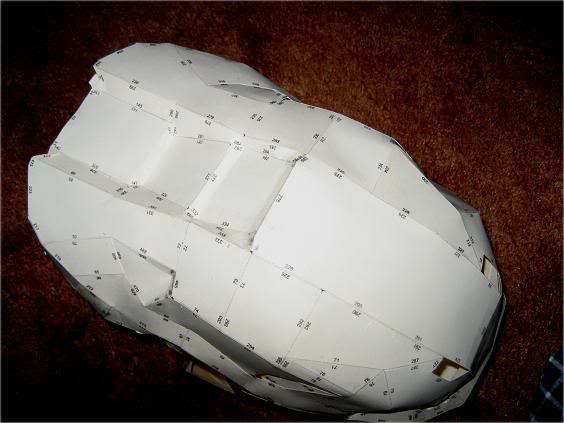 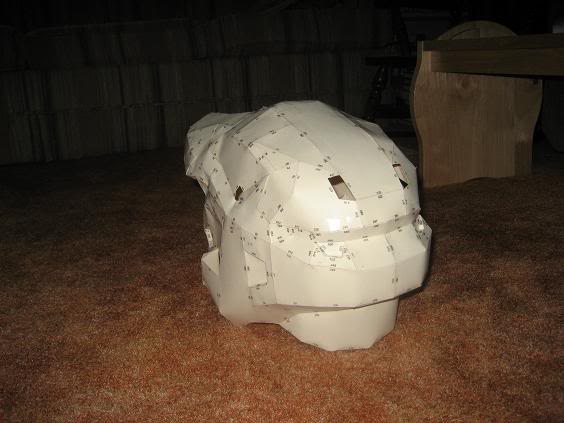 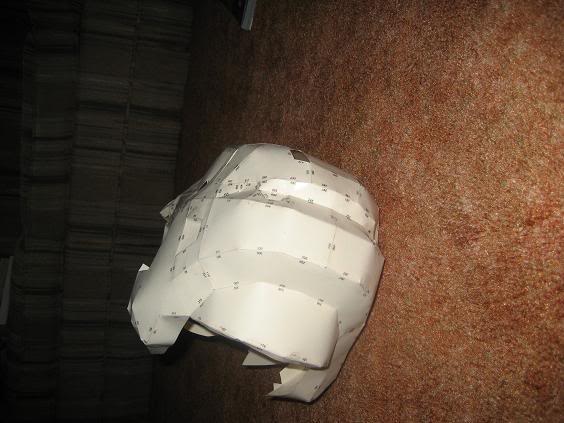 with a rough sanding like I did to my angular helmet, this helmet will look professionally done and bondo'd without bondo, some details will be missing, but for a pep helmet, it's very very smooth, especially the back neck area and top of the helmet.

This is my 4th helmet I have made with pep, the model is from slyfo, I removed fold lines which showed in pep made the 3d model smoother, I wont release this since I slightly edited it, I didnt save the edit anyways, so dont ask me for the pdo. All other helmets I have made were all halo 2 pep file helmets, this is a halo 3 pep helmet I'm thinking in another 2 days it will be ready to resin and glass, but with fall here and raining everyday, I may wait till next spring to resin and glass.
R

didnt someone release a Super smooth PDO of this already?
S

Looks nice, keep it up
L

that is crazy smooth!!!
A

Danifood4less did, but I made this like 2 weeks ago, I work little on it daily just because theres like 300 peices and I dont feel like doing it all in 2-3 days like I did with other helmets.

Who's model did dani use? Did he use slyfo or flyings? Slyfo doesnt want people releasing his material edited,
J

I might take another attempt at this, using the 'smoothing' tip. Then again, I hope I remember doing this come next spring...weather is teh suck right now to do this + glassing. Plus I don't have the room to store the paper armour.
D

AoBfrost said:
Danifood4less did, but I made this like 2 weeks ago, I work little on it daily just because theres like 300 peices and I dont feel like doing it all in 2-3 days like I did with other helmets.

Who's model did dani use? Did he use slyfo or flyings? Slyfo doesnt want people releasing his material edited,
Click to expand...

well, this was my argument for not just deleting the lines in the first place, the edges are still squared even if you don't fold the lines, the edges that your piece connects to still will have squared edges, (see attachment)

[attachment=1606:example.jpg]
(the one on the left is my file, the right is sylfos, with some lines removed)

and the model i used was the beta from halo 3, the same model that sylfo used, he cannot tell anyone not to modify "his model" because of the fact that its not his. people seem to think that HE made the models, when in reality he ripped them from the game and unfolded them in pepakura. GRANTED, it takes alot of time to unfold something properly in pepakura, and he did release some good models into usable pdo files.. but he cannot make rules or conditions of usage to something he himself did not create.

but to reemphasize,,, i did not use his released pdo files to create these, i used the halo 3 beta files, edited the original mesh , and unfolded, divided edges to make it smooth in pepakura

Things are cleared up now, but just to let you know, I wasnt accusing you, btw, your helmet looks alot better, why didnt I think of editing the halo 3 model to make it smooth...anyways, using both these methods, you will get a smooth pep helmet after you sand.
R

Just remember! Mc's helm isnt smooth everywhere! the only places that are really smooth is the dome, back, and the parts above the "tubes" res is pretty angular.
A

Yea true. on my last helmet, i didnt sand the china area just because it is slightly angular, I only sanded the sides and the dome.
D

Rocknrollcows said:
Just remember! Mc's helm isnt smooth everywhere! the only places that are really smooth is the dome, back, and the parts above the "tubes" res is pretty angular.
Click to expand...

How did you do this? Couldn't you have just set the angle in pepakura down to some low number to remove the number of folds? When i made my suit I turned up the angle to 180 so i got all of the angles but now i think i might be better off making the suit with a lower angle setting. hmmmmmmmmmm I have some contemplating to do now...
N

yea thats why i dont like pep so just add bondo and smooth?( no reply nessary(sp?))
C

looks very nice, will you be posting new pics when it s complete?
A

Meh next spring, I'm not resining outside when it;s freezing cold, and negative critic, get out, I dont want your criticism, I know dannies is smoother, but after you resin and glass and sand it lightly, the two helmets will look completely smooth.