Thinking of buying this car

I'm thinking of buying this toyota BB from japan, It would be imported to the USA for 2-3k, the car itself has 40 thousand miles on the engine and goes for 550,000 some yen which is roughly 5 thousand US dollars. There are hundreds, yes hundreds of these in japan being sold used with low-average miles for less than 10k, 10k for one practically new, 5k for one used. If i bought the car it would be around 7-8 thousand dollars after all the cost, which in the end would be cheaper than buying the same car in the USA for 12 thousand.

Heres some pics and specs of the car 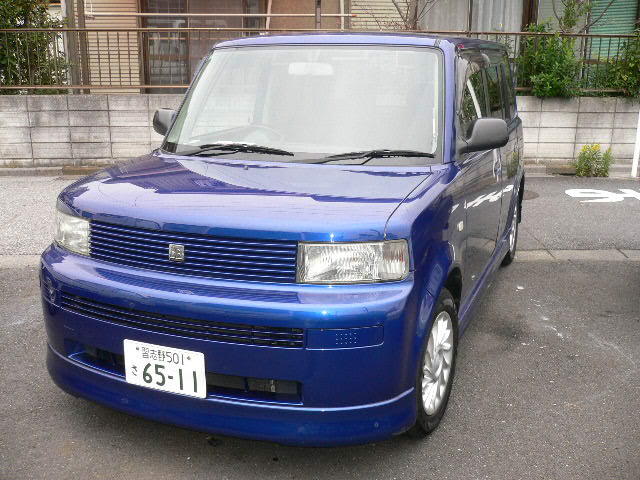 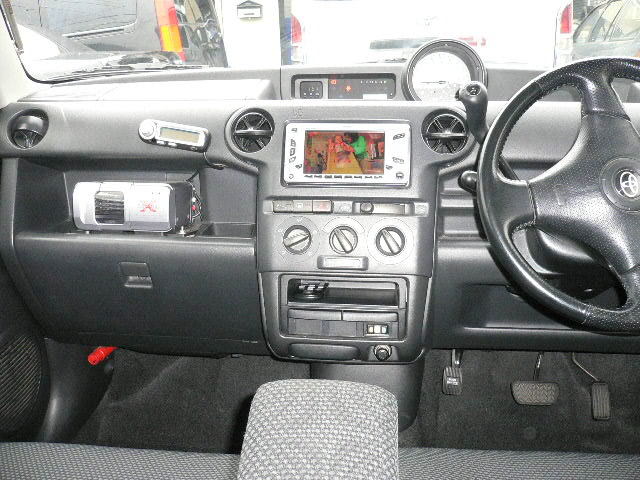 I've spoken to people who have imported cars from japan, it is a hassle, but in the end you do save the money compared to buying the same car in the USA, usually this is because the car originally made in japan doesnt have to travel far until it is sold, but for a car made in japan then shipped to the USA to be sold, thats where it tacks on thousand of more. But shipping yourself is cheaper if you buy a car from japan, the only downside is, you cant test drive the car, so you must trust the dealer 100% when buying the car.
G

sounds allright to me man but is your choice. I might not buy it but you decide . Hope i helped
A

I really like this car, in the USA they rebadge it as the Scion xB, I'd take either one, but heck, for 4k cheaper I'd rather buy this, plus, it would get major points when people look at it being a right hand steering car.
G

Would it be legal to drive that in the US with the driver's seat on the Right side?

Personally, I rather dislike Scion cars, Especially that one; it is too boxy for me. Although, to each, his own. If you like it, get it. Good luck.
G

Ya would it be legal
A

Yes, the only thing that needs to be checked is if engine size is in legal limits (it isnt a race car so it should be legal) if it meets epa standards, the car is made in the USA too so it should use the same exhaust system or atleast meet the epa, I saw someone imported the same car into the USA and it was legal for them, other than that, they check other stuff which is in the USA model too, so it should be legal all together. If it doesnt meet EPA's standards than I would need to take this to my scion dealer for them to modify with a USA exhaust system.

But heck, I know japanese craze about the scion TC, a japanese car not sold in japan lol, they import them from the USA and they are legal, so I guess a car from japan imported to the USA should be legal.
P

cutting through the red tape to get that car into and registered in the US would probably cost more than the $4000 difference, i'm not even a fan of scions though, my brother has one and its junk
A

Scions arent junk, and registering the car wouldnt cost 4k, the point is to get a good car on the cheap and this is what importing a car is about.........I know a guy who has scion Xb with over 200k miles on the original engine, no mechanical problems, maintains his oil changes, tires, fluids, etc.
D

id say get it if youve done your homework. if you havent then dont bother. it can be quite hard importing much of anything. my cosin imported a celica and customds tore it apart and left it that way. when he got it it was junk
2

I say go for it as it is a similar case with buying a car over in germany such as say BMW. It's actually cheaper by a few thousand ($3,000-$5000 roughly) to buy over there and ship here to the US even after registering and licensing. Reason being mark up in most USA dealers is always like 10-20%, I think, could be more.
C

how would you go through drive through though?

I'd take my Cutlass over that box anyday
That thing always reminds me of a washing machine on its back with wheels.
S

Wel i gotta admit japan has alot of crazy cars . But is that a people caryer? (holds like 4-8 people) If u got kids that would be prfect to u! Anyway its up too u man! I like the look of it too.

Yeh if it was up to me id buy it. But its not. lol. i like the shine that comes of it unlike alot of cars over here.
Id say go for it man! But its your money!
A

In the USA, people use the xb as a drag racer and show car for events, it's one of the most popular modern cheapo cars to show off your giant 50 inch lcd's and 10 sub woofers just because it has a trunk the size of a truck bed.

i forgot to mention drag racing, they upgrade the engine with super chargers.
P

or you could just drive on the road, to get to places?
A

It will fit in the drive thru, it isnt a giant hummer, this car is average sized with a large interior because of it's boxyness (and to some of us, the box is cool)
B

AoBfrost said:
It will fit in the drive thru, it isnt a giant hummer, this car is average sized with a large interior because of it's boxyness (and to some of us, the box is cool)
Click to expand...

i belive hes talking about how the driver is on the other side of the window now..

youll have to have sum stretchy arms tahts for sure
Last edited by a moderator: Feb 25, 2017
S

The box is awwsome dude. Go for it! I can see you in your armor driving in your little car then someone yell " hey is masterchief in a box car! Thats awsome." Do it totally
A

But haha I have a trick up my sleeve, the two seats are close together, theres nothing blocking the leg room between the two seats (they are bucket seats) I could just scoot over.
D

Nah dude...what you do...is when you drive towards the window to order.drive in reverse and you'd be facing the ordering window

That would be a funny sight to see

What three things would you store in the chest of your Spartan?

Today at 7:25 AM
Rock Lobbster

Rough holidays...but the end of tunnel light is near!

I got a problem, and it ain't like what you think.

What three things would you store in the chest of your Spartan?

Today at 7:25 AM
Rock Lobbster

Rough holidays...but the end of tunnel light is near!

I got a problem, and it ain't like what you think.