Southwest Regiment
While my Mesa Prime Cosplay is on hold till I can afform the materials. I am going to go ahead and start on the Sabaris which will go with it. I am just doing the normal Sybaris instead of the Dex Sybaris or Sybaris Prime because they have a lot of thin structures that would most likely just end up breaking and the game files for the normal one are already provided by DE for tennogen. This just save me half the time making a base mesh, keeping in mind that I will still need to clean up topo, remodel the hi res details, and make it printable. 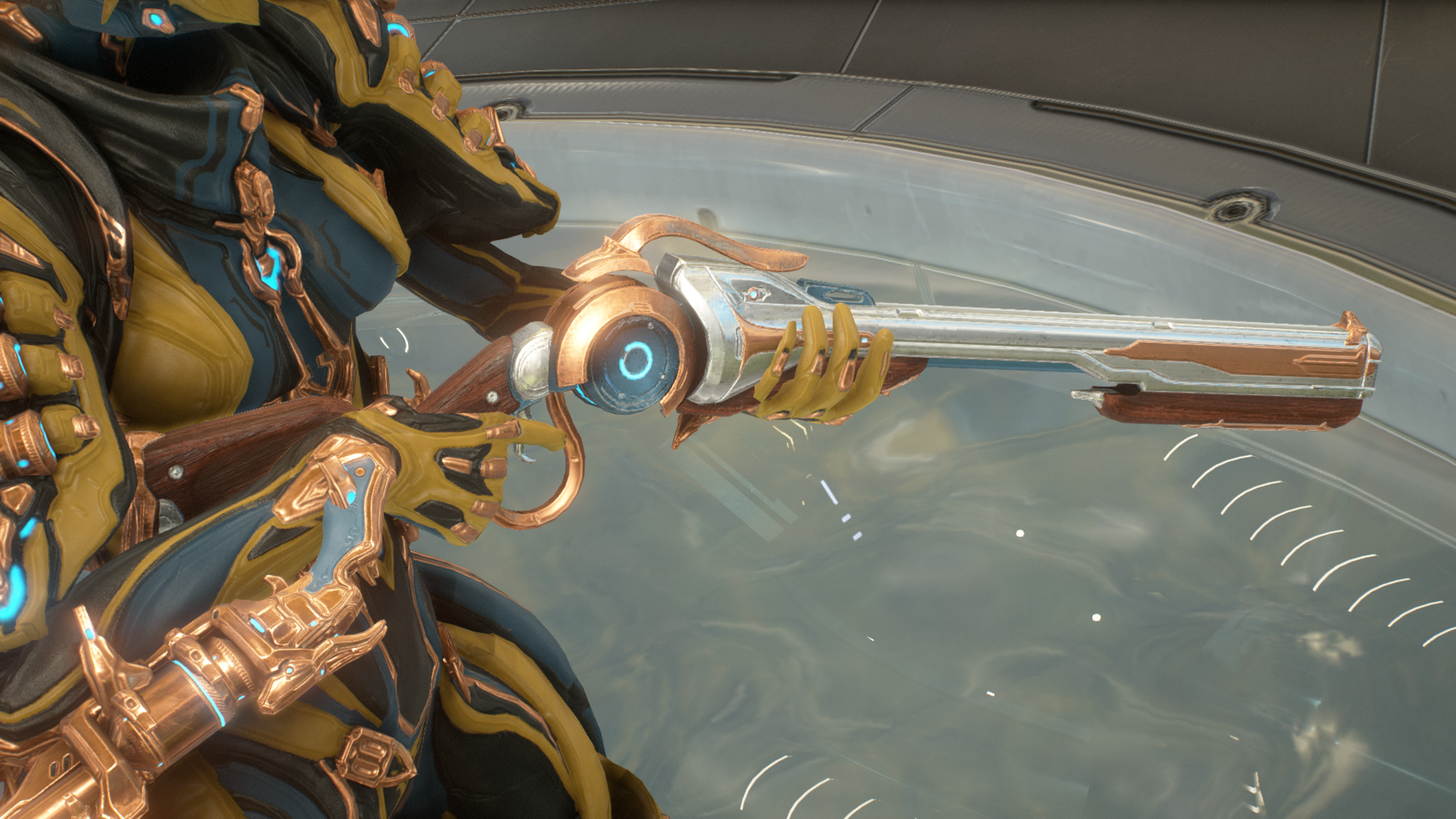 So one of the main things I want to do with this as it is a lever action rifle is to make the lever a moving part. this will just be a simple action, nothing to complex. I thought about making it so you can reload with the removable cylinder but after reviewing the in-game animation, a lot of game logic and sci-fi shenanigans goes on, and I said F that.

Starting at the base, I modified the point where the main body attaches to the stock to make room for the house and mechanism for the lever. These pieces will be held together with a hexagonal peg. 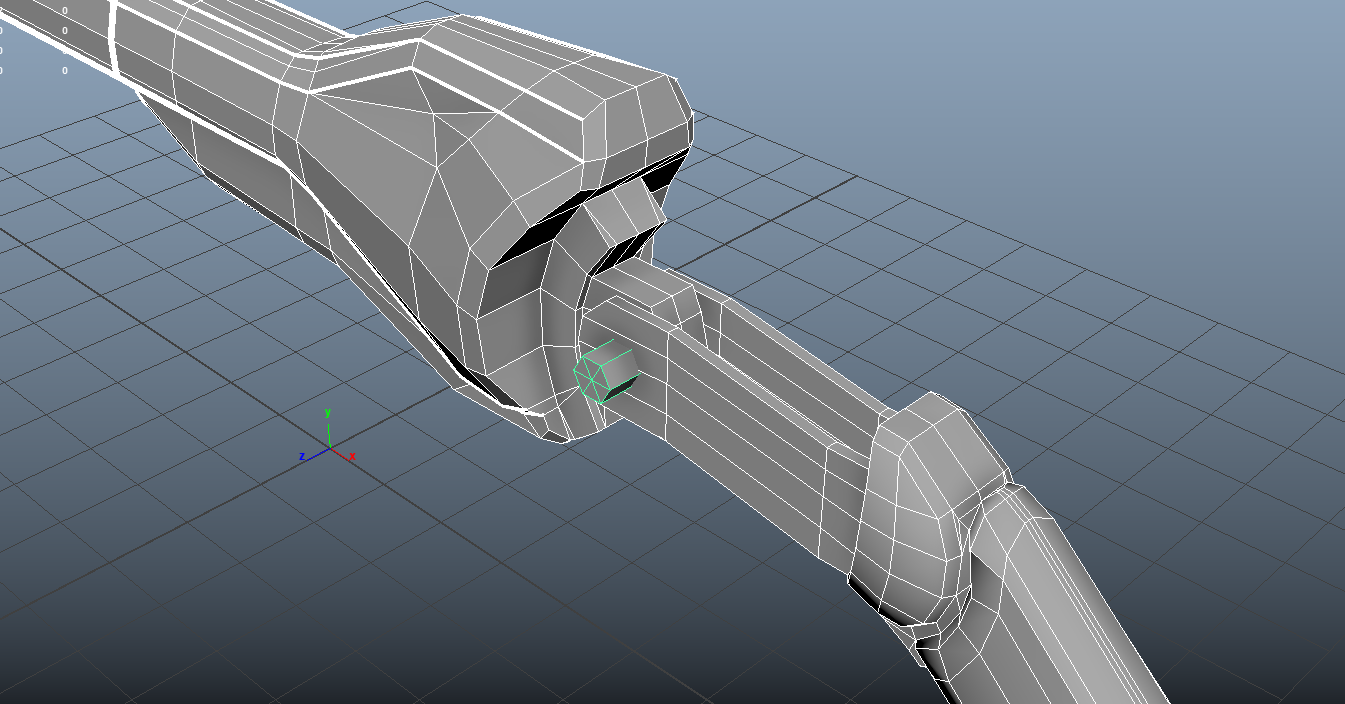 The cylinder in the center is actually the ammo cartridge in game, however since I don't plan on making any sort of reload action it will serve as the housing for the lever mechanism . It will also help reinforce the area where the stock and body join. I'll use a rubber band that loops over the top of the housing to pull the lever back into place. 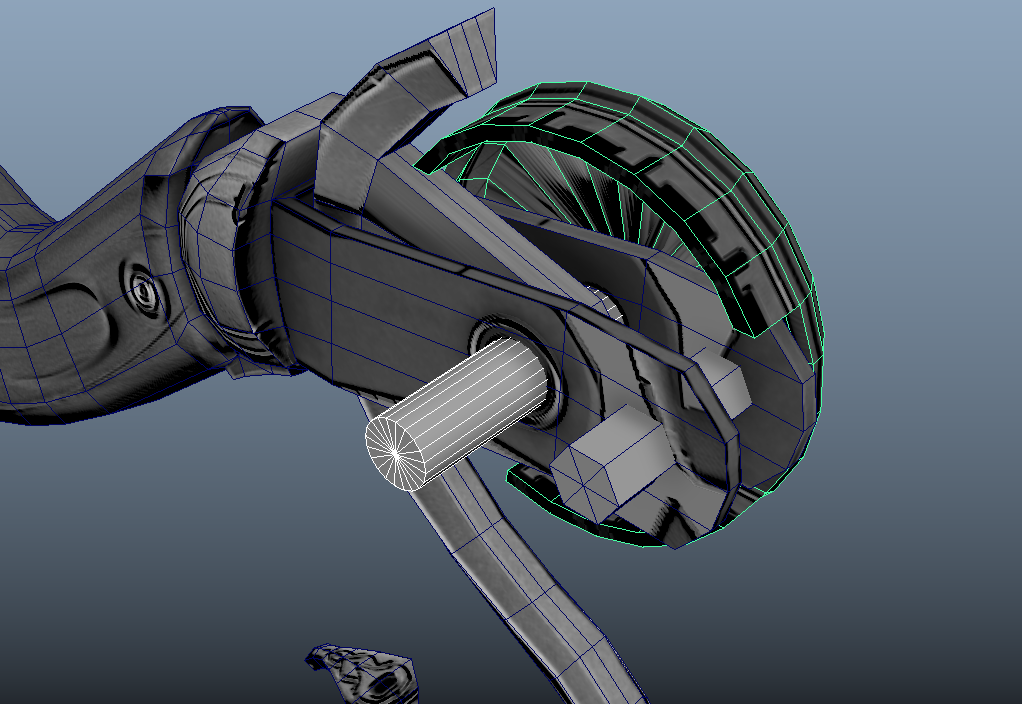 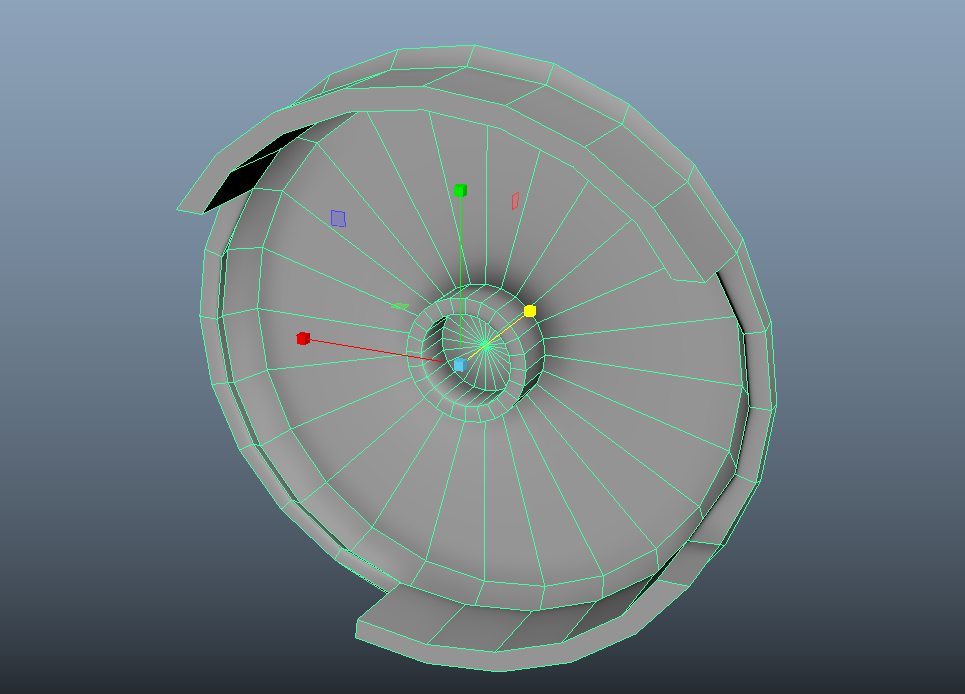 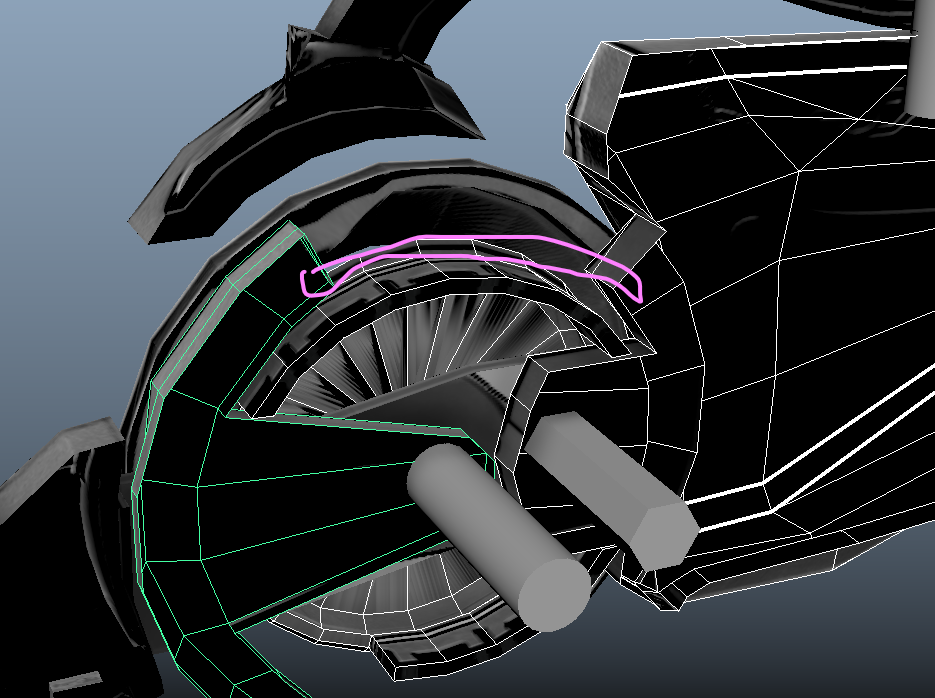 There is plate on the outside of the cylinder that in-game rotates freely in the opposite direction of the lever. For mine though I'll going to attach it at the top to the lever and have it rotate with it. 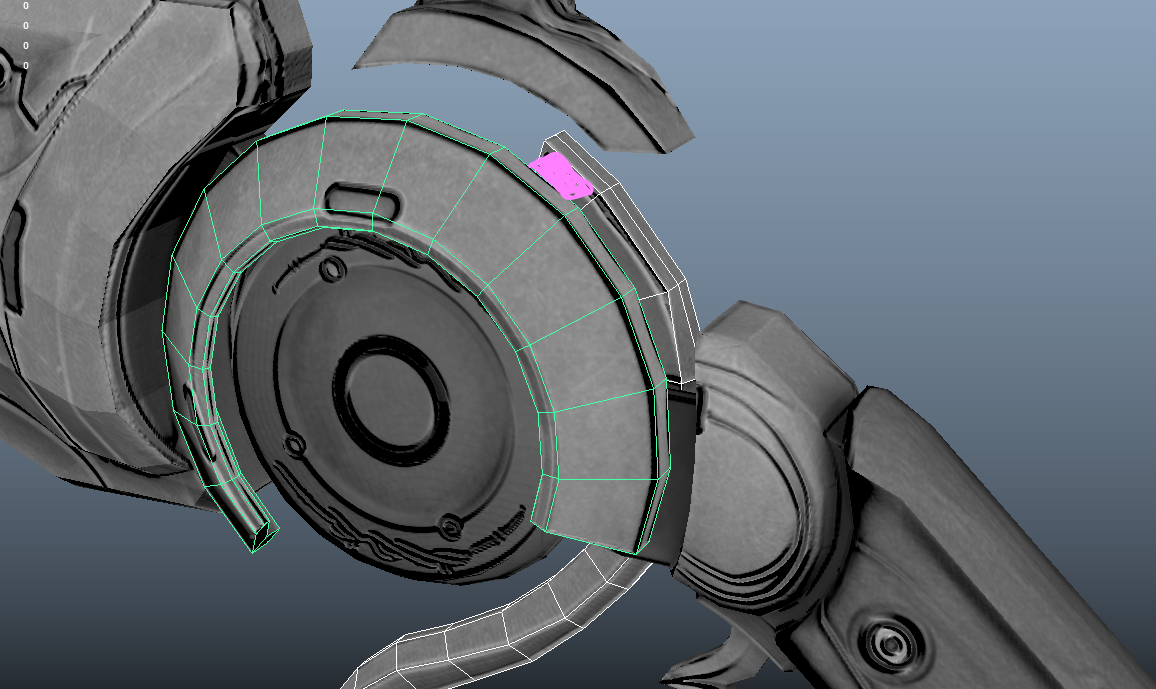 I moved the piece that hovers above the gun a little close to where its touching and will use a small peg to hold it in place. since they are almost touch anyway in this area it still kinda look like it's floating.

This is what I have for now. it's all pretty simple as far as to how much work i have to still do and shouldn't take me much time. the body will be broken up in 3 parts for printing and the stock will be broken into 2 parts. I'd need to take a second look at it but since it's literally just a pistol version of this gun I may also make the Zylok.

For my build I will be following the color scheme in the initial screenshot to match my Mesa Prime.

Southwest Regiment
Barrel is done. Already started printing while I work on the rest of it.

Southwest Regiment
Barrel of the sybaris done printing. Got the stock going now 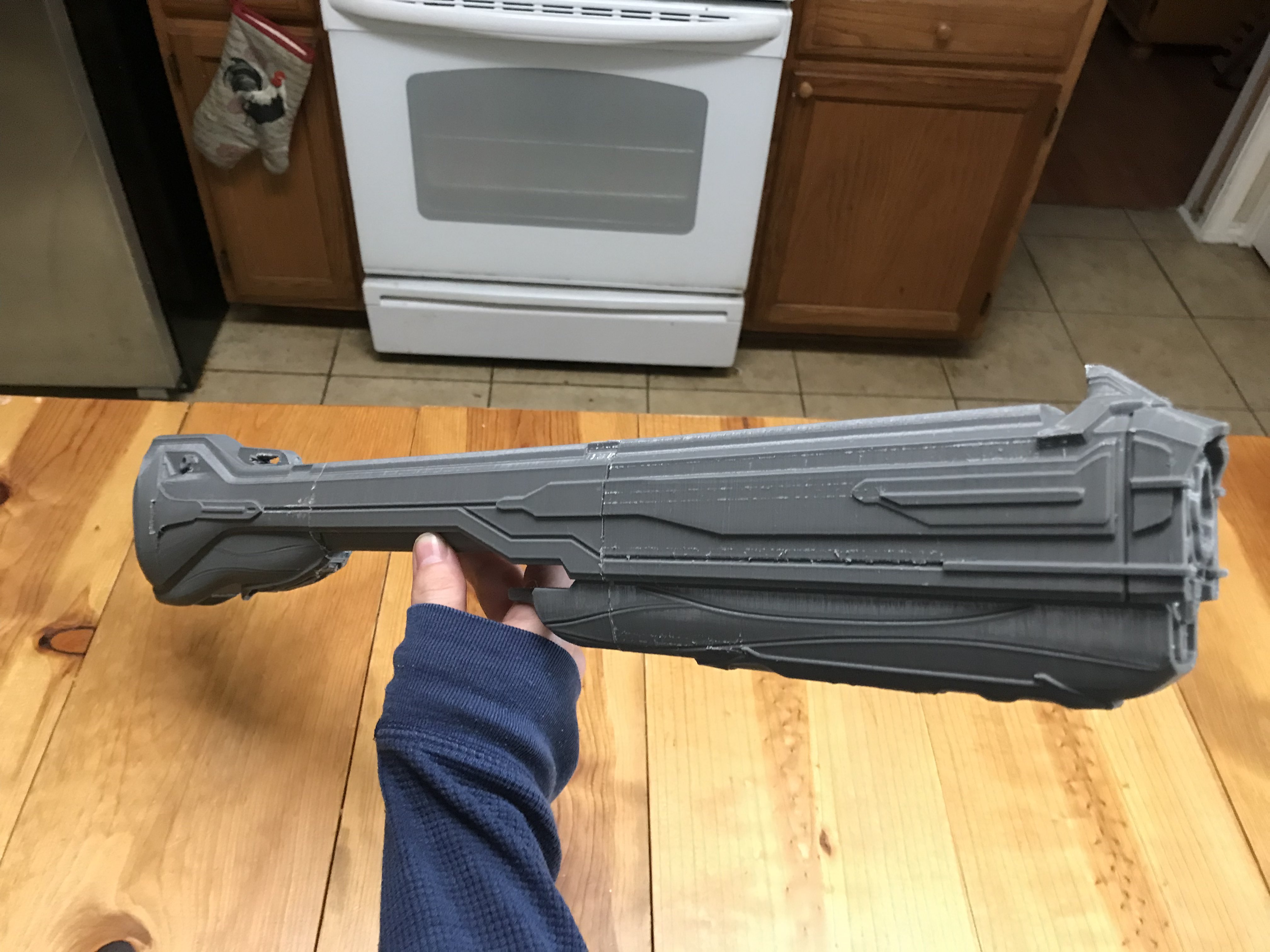 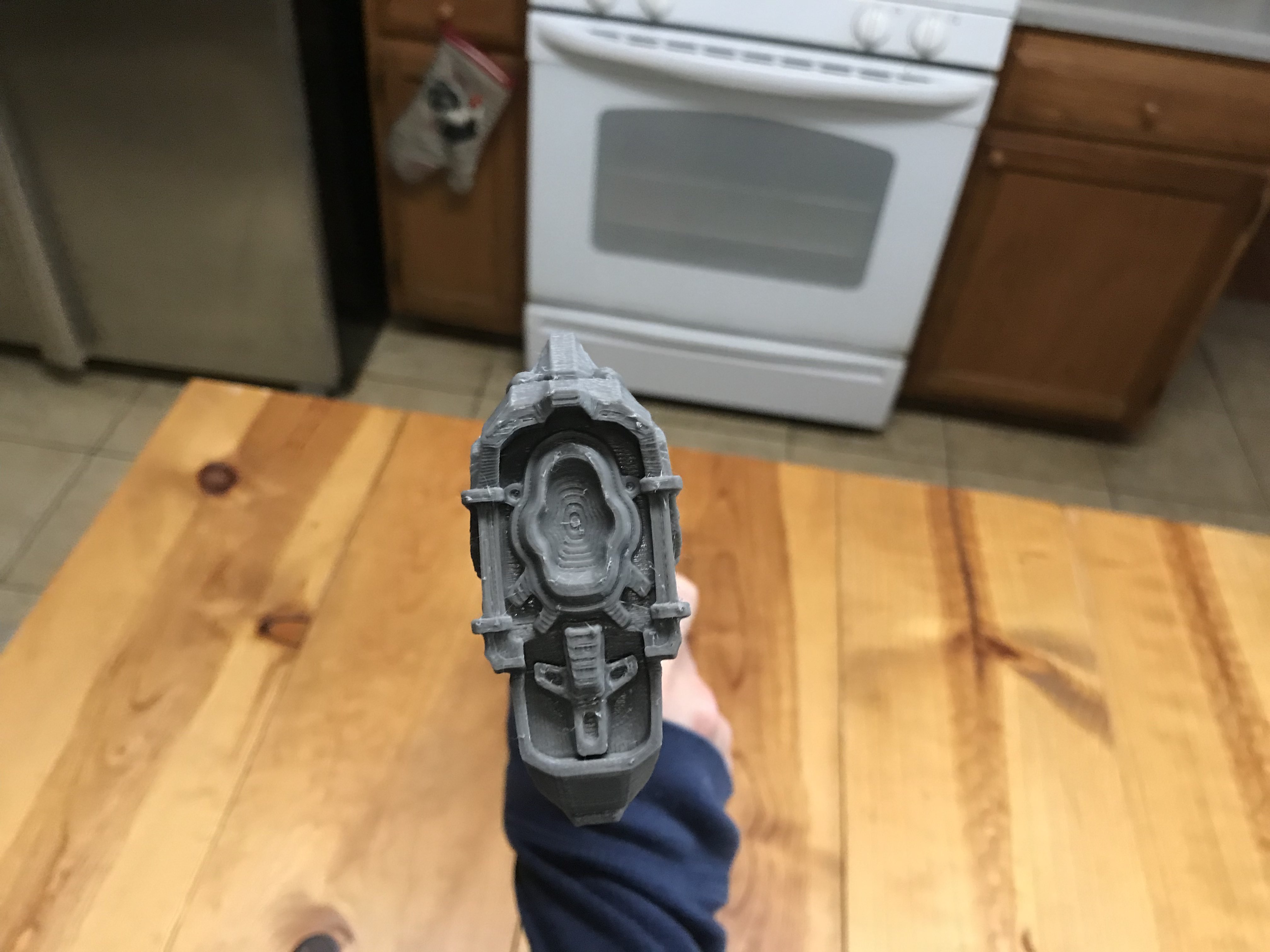 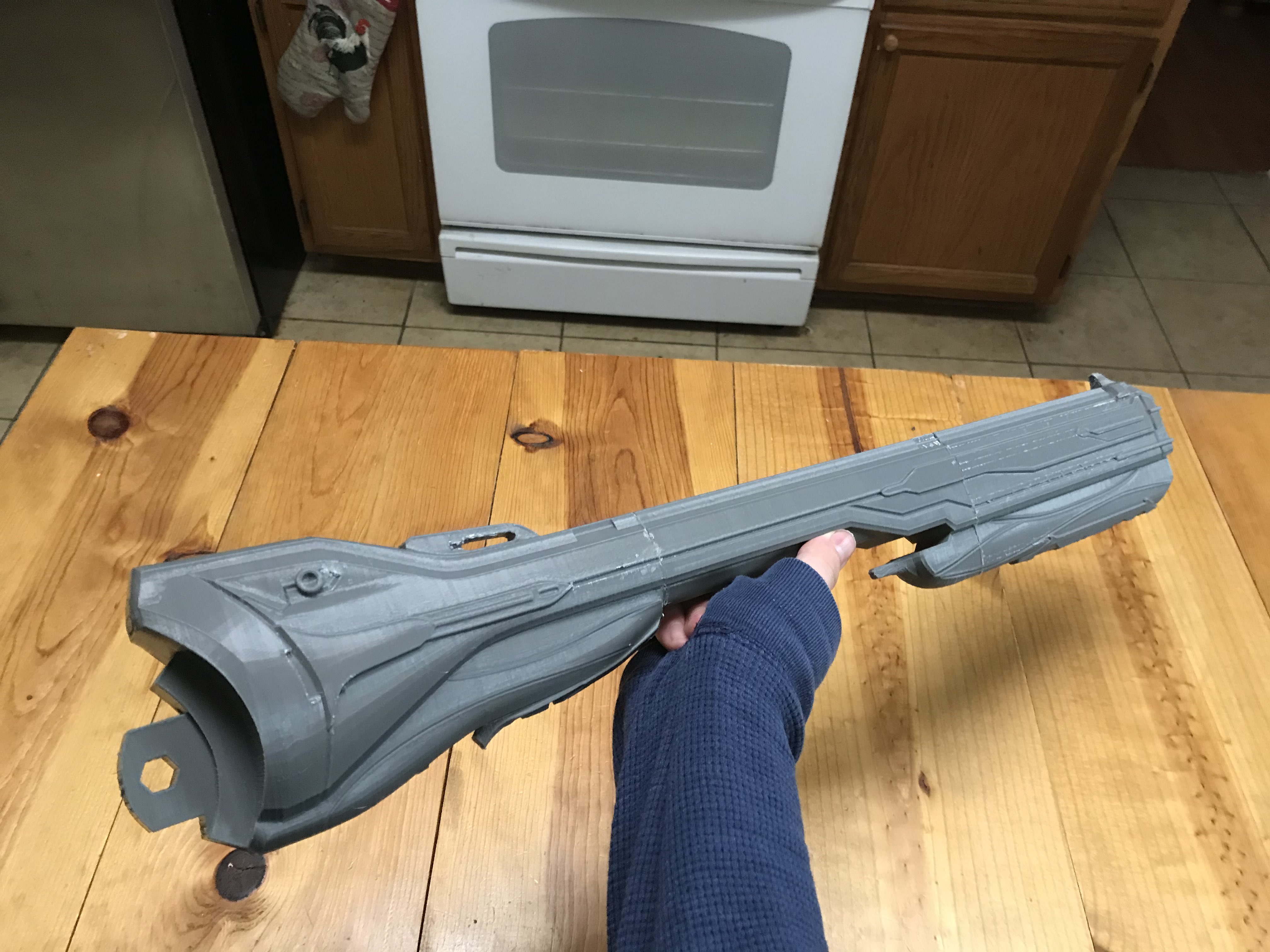 Southwest Regiment
Everything’s fits perfectly. Technically have one more piece that goes on top still printing. Files will be up to download later this week.

Southwest Regiment
Here is the completed 3d printable Sybaris.!. This was fun to work on and I still have a ways to go to finish the final product.

Here Is my 3D printable working Lever-Action Sybaris. The only additional materials you will need are rubber bands and glue. Everything else can printed. No Screws! The only thing I recommend is printing the Stock_01 piece horizontal instead of on the flat end. this will provide more durability... 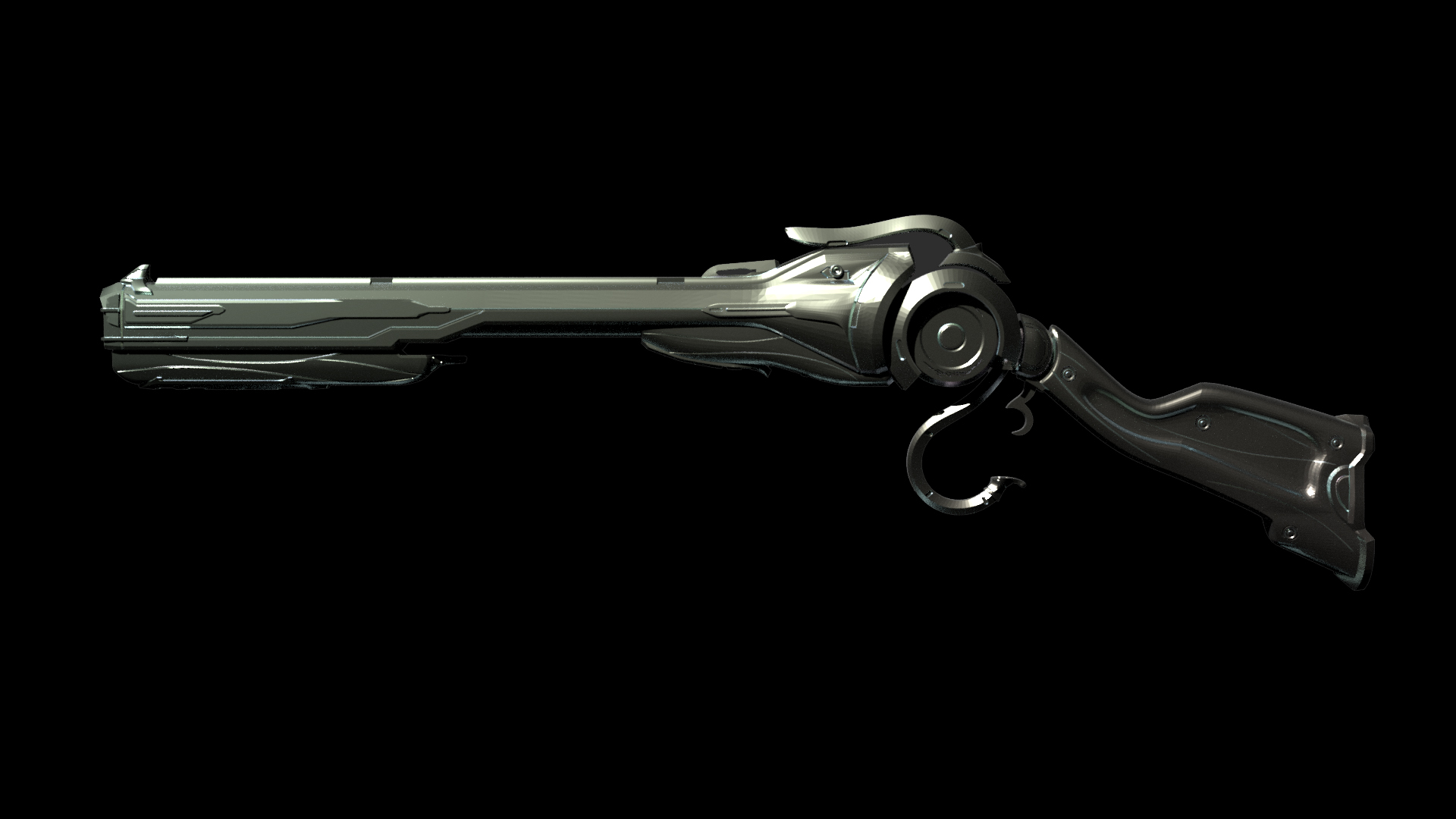 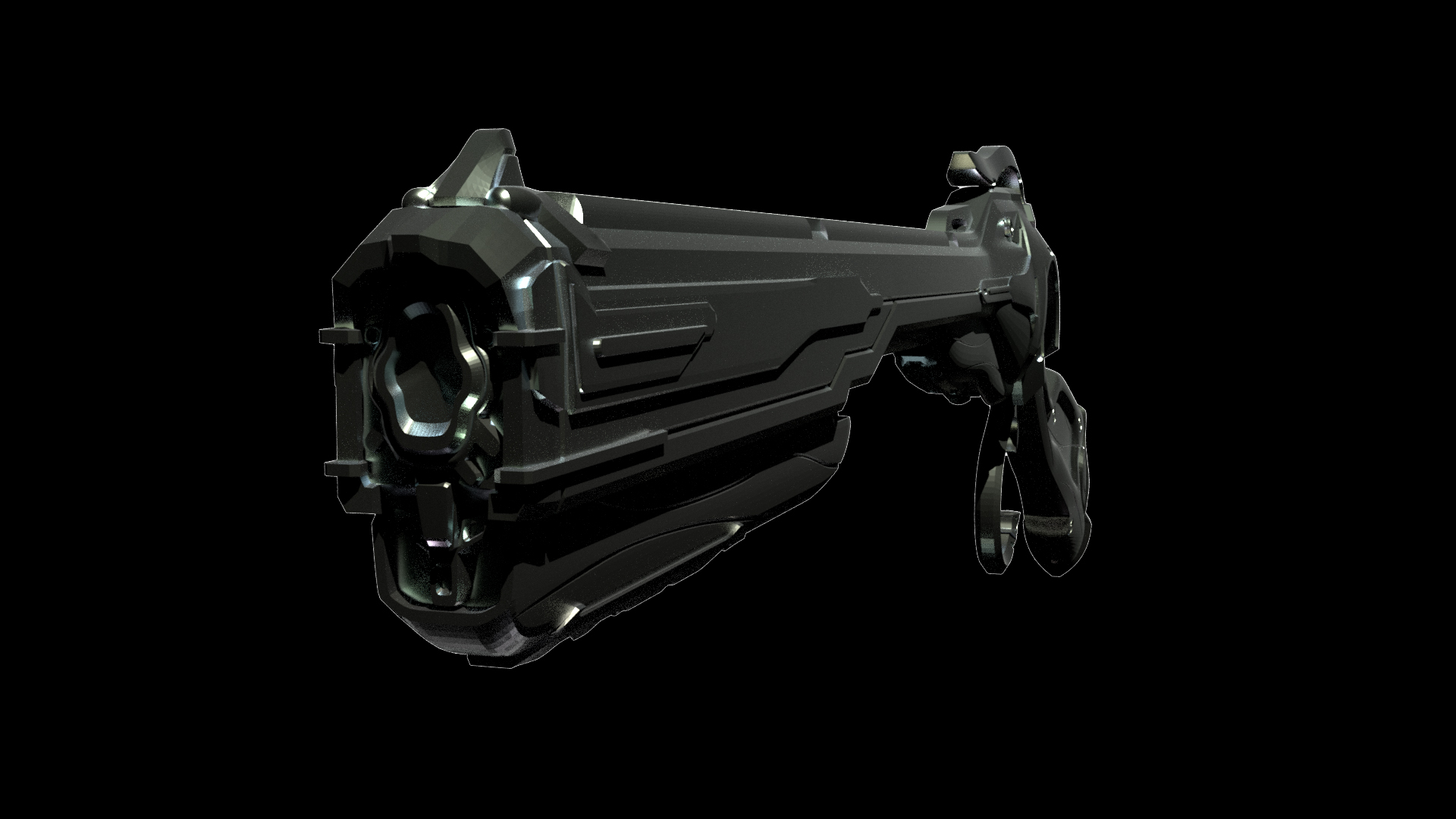 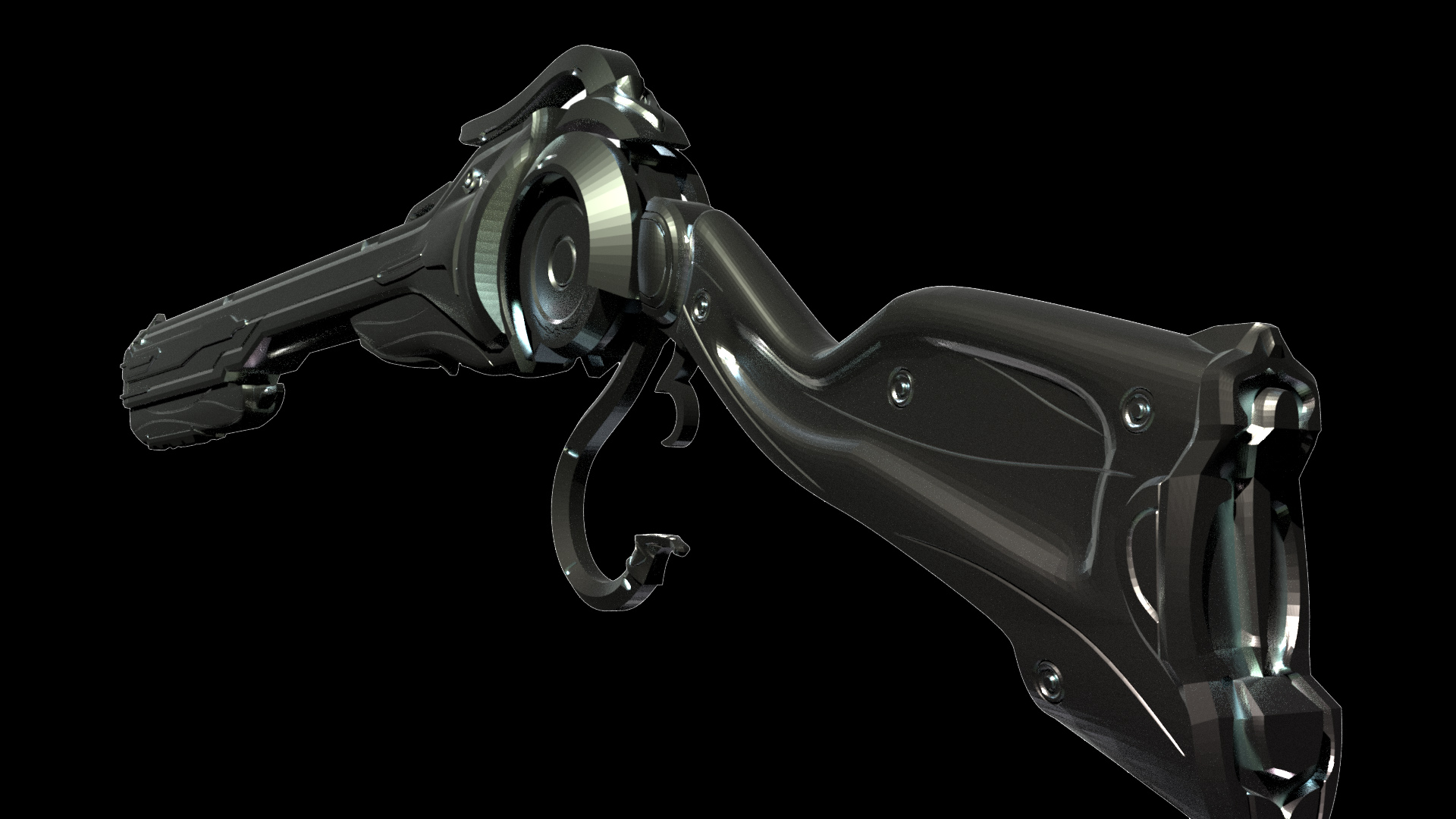 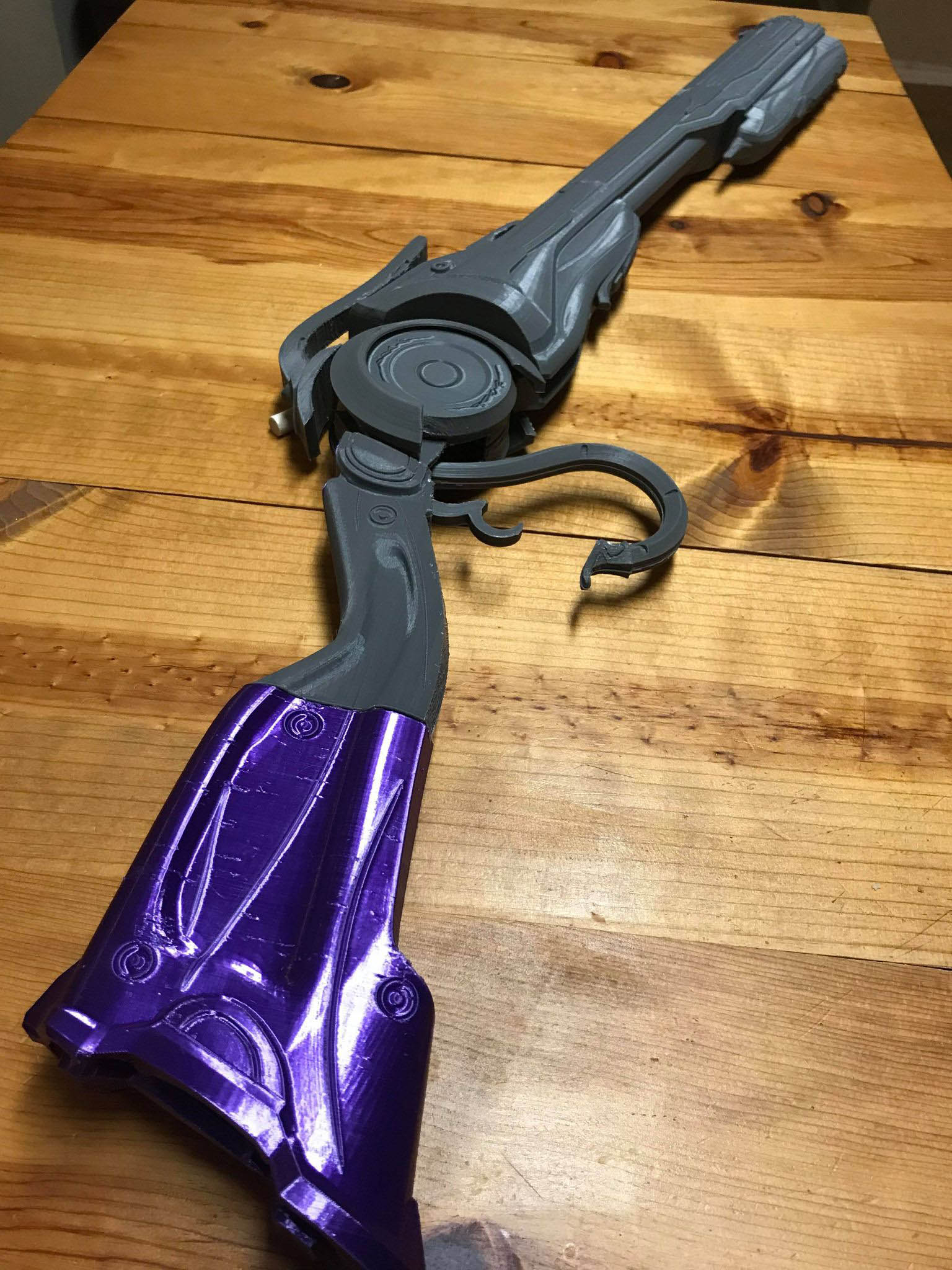 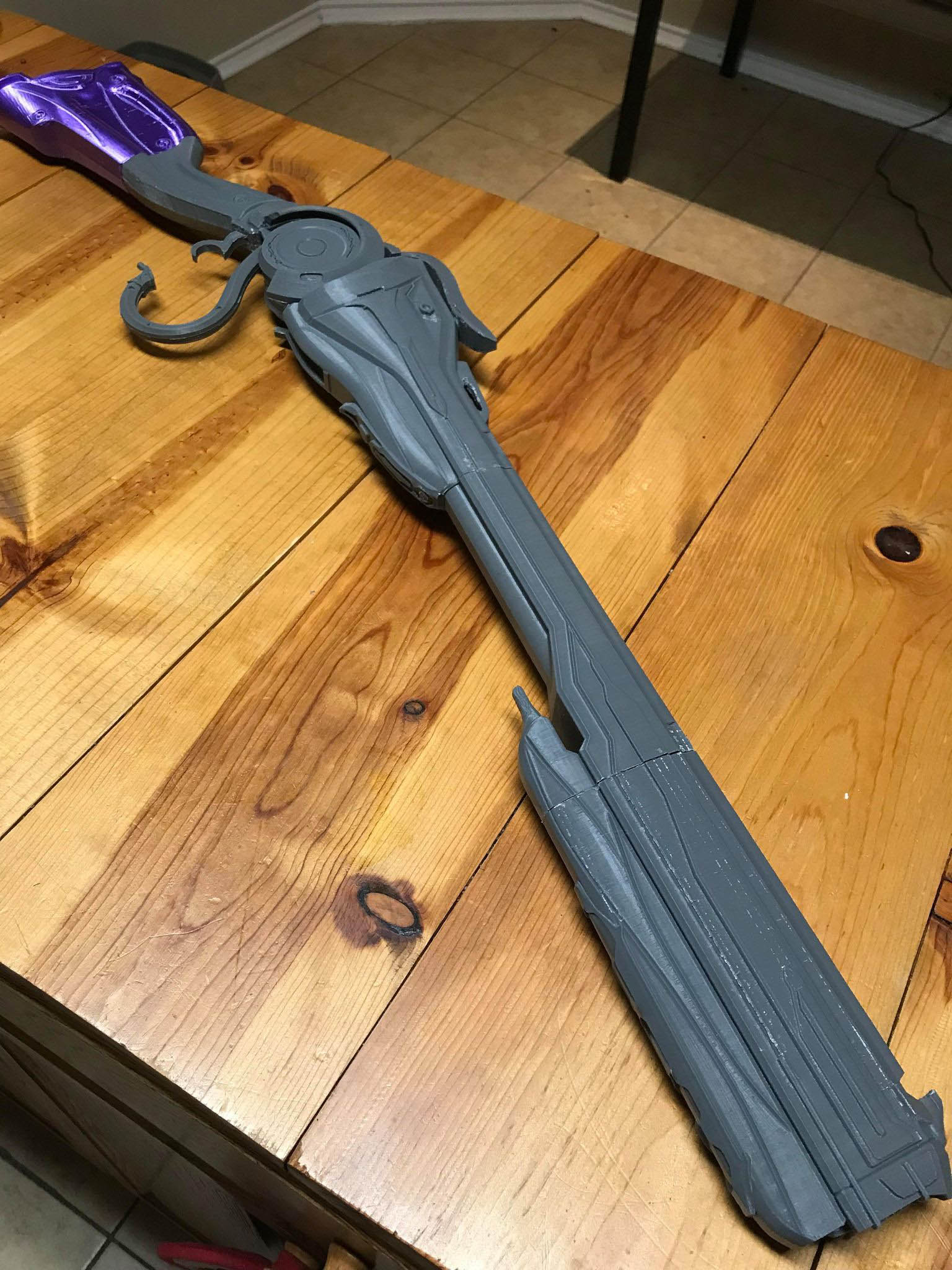 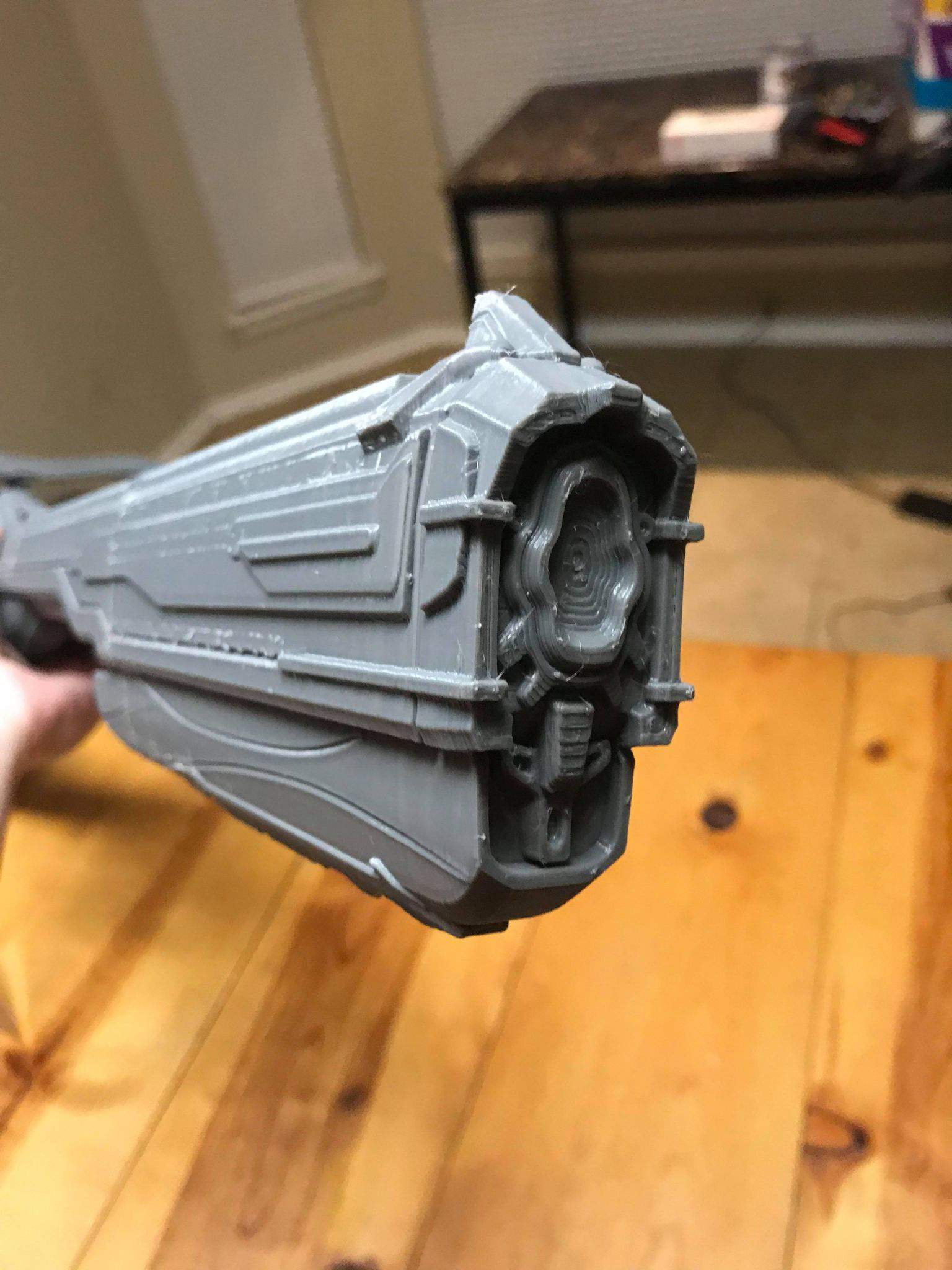 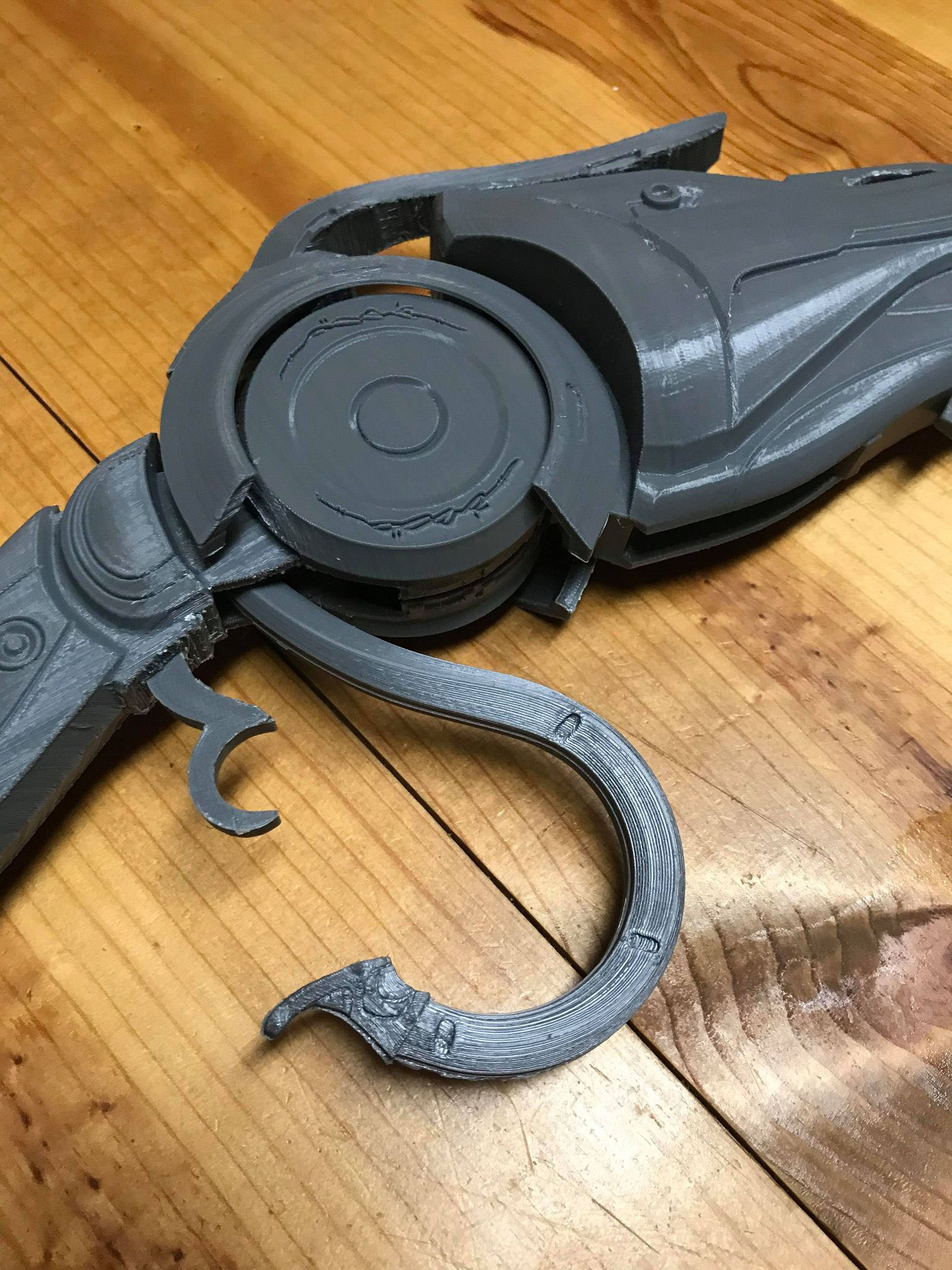 Southwest Regiment
Finished with my Sybaris! This really fun to work on. 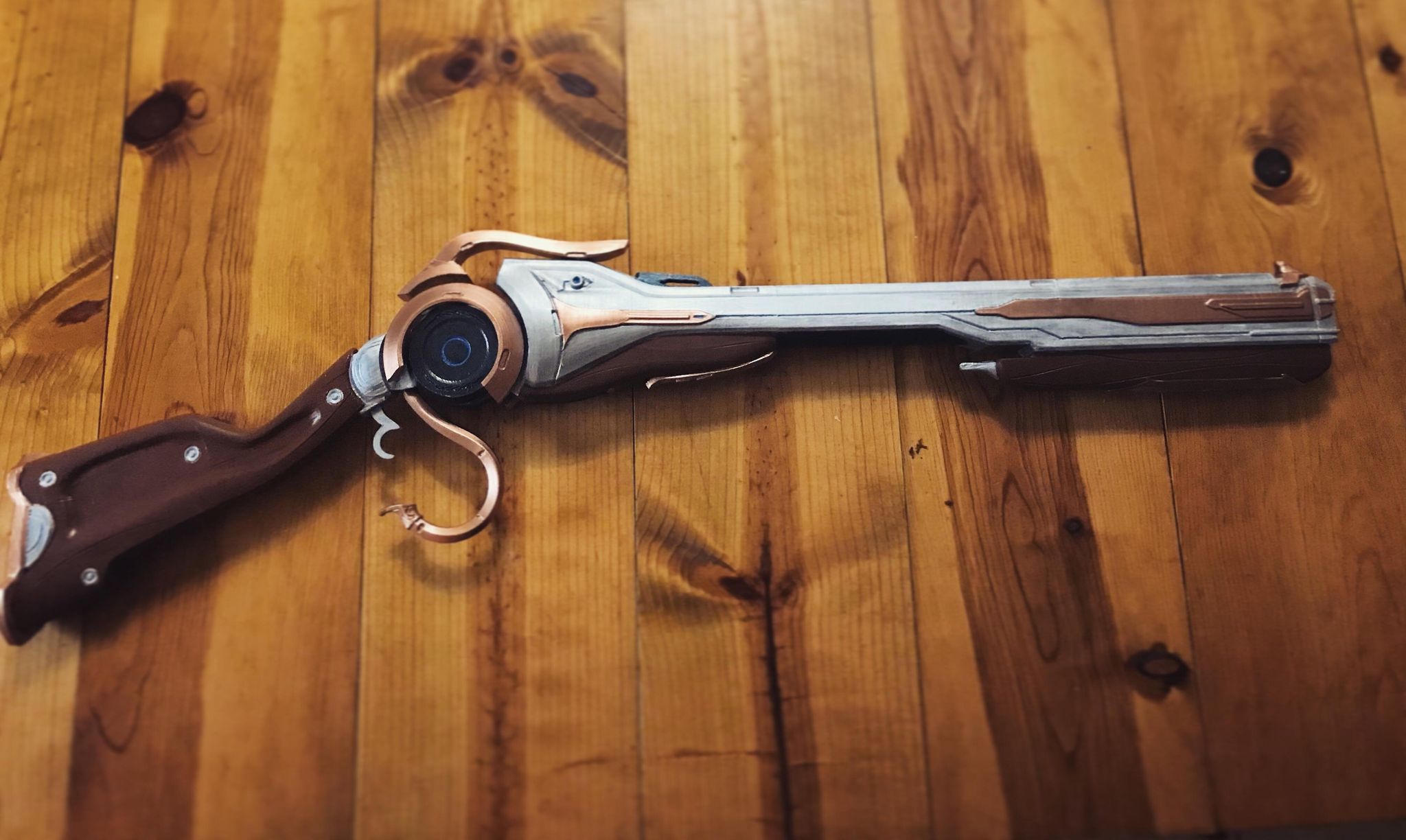 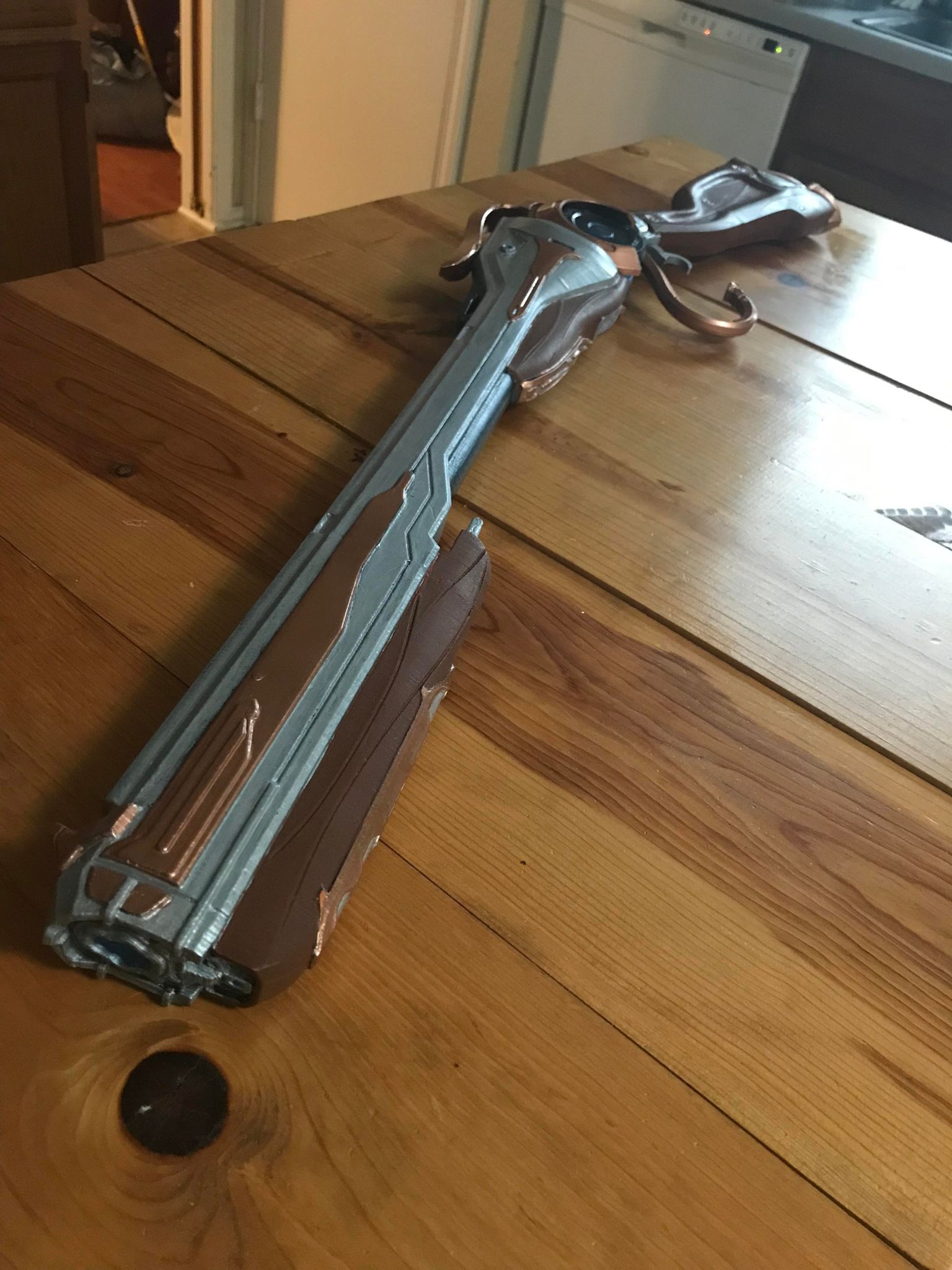