Well, Way back in the day before Halo 2, around September 2004 I started out on a journey to create a suit. I started out by making a helmet from scratch. It, erm... wasen't very good... and thats all im going to say about that :roll: . I eventually started on the chest and back piece out of cardboard. I got about half way through that and eventually had to give up due to time, and life issuses. Since I was younger way back then I have become a lot smarter, more detailed and generally better at art =].

So this is my little Work In Progress thread that I plan to update as I go. I started at the end of the school week on wensday while I was still sick. (weekends where I live are thursday friday, not saturday sunday) I hope to be able to work on this as much as possible and try not to get frusrated... Any and all help is always appreciated =]. Dunno how long it will take but considering I am making this out of a really sturdy piece of posterboard kind of stuff and going from complete scratch.

Ok, After always thinking about cool the forearm parts of the suit were and chose not to attempt a new helmet yet, (figures) I set out to start the forarms as a trial to see how far I have come in the 3 year partion of my life. After always seeing the picture of Chris Bryan and his inspiring (I think =]) picture of his forearm piece with him wearing it...

You can see my tools, images, and posterboard (and the bed lol)

Image refrences shown in this picture so you can see the kind of pictures I had taken in 3d.

This is the one image I scaled to life size.

Here are the refs incase anyone wants/needs to use them. Note that I removed the black background before printing to save ink. If needed ill do that for others incase they are incapeable of that and need me to do it for them. Ill just reupload over these then if nescesary.

Using my 3d skills I took many refrences of the fore arm piece of armor and also used the ingame texture of the chief. Bungie puts all the detail in the bitmaps and bumpmaps. Not the actual geometry on the model. So I took both bump map along with the bitmap bitmap and found the section that I needed (forearm). I scaled it up a bit and printed them out so they were as big as my printer would allow.

I then cut out the unrolled model of the forearm that I had printed and taped it together. Just as a mini model refrence w/ the details on it however they were pixelated, not my camera =p.

But obviously to small ='[.

I had to eventually move to a diffrent work space after about and hour of measuring and attempting to scale the orignal print out of that small model I made of the forearm. After that failed I moved downstars to my computer but on my tile floor. I ended up measuring the cicumfrence and length of my arm. I scaled it correctly and made it a tad bigger on the computer. I printed it out on multipe sheets, a piece of armor on each. I cut them all out and taped them all up to get this. Orignal on left, scaled one on right. Fit nicely with space for padding or clips or whatever would go in..

I then traced the larger forearm paper that I had just printed, cut and taped together onto my posterboard. I cut it out and connected the two edges using a bit of hotglue.

Unfournatly thats all I have right now =p. Thats the bottom most layer. I plan on slowly build up the detail and thickness while its round like this rather then having it flat...becuase if I have it down flat everythigns gonna stretch and pop off becuase the curve.

I know there is a lot of pictuers and not much progress... but im just showing the new way I am going about things due to my new amount of skill then back in 04.

And I think the pictures are a tad big, I may need to scale them down next time... =p.

Please re-size those images. It's impossible to see what you're doing without saving and looking at them in another program. And it even lags out my broadband connection.

But good stuff nonetheless. I'm sure everybody will appreciate this as a resource.
D

I knew somebody would say that =p. Ok resizing images and will have them uploaded in a few minutes...

Colonial Regiment
Cool. I don't mean to be ungrateful, it's great stuff! It'd just help everybody to see what you're doing. ;-)
D

Got a little trigger happy with my 7.1 megapixel camera =p. Half the big pixs are reuploaded still gotta upload the other half now.

All pictures resized and reuploaded ;-) .

nice, thought this might help you a little. It's not the best but I'm working on some actual templates from the unwrapped 3d models on the net. 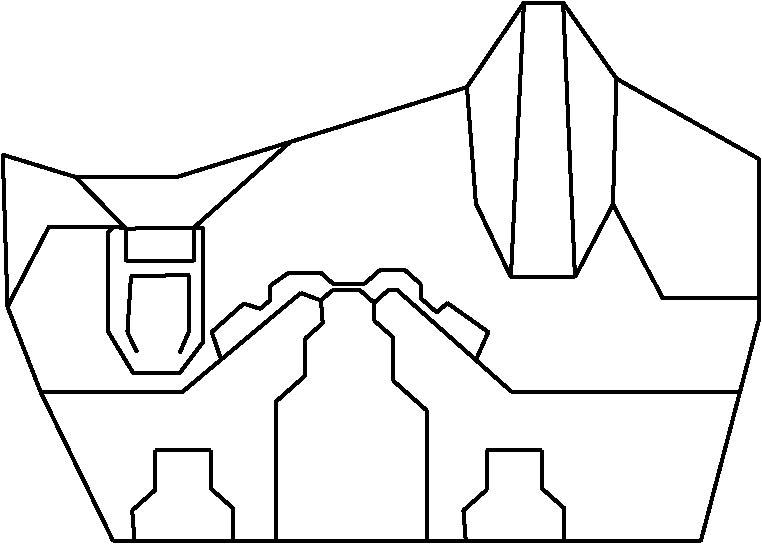 perfect size for the cat helmet
Last edited by a moderator: Feb 26, 2017
W

i love it this is how im gonna do my forearm pieces now.
L

you can cut it using ms paint.

loking said:
how do i get rid of the black background in the pictures
Click to expand...

alot of pppl prolly dont have photoshop i myself have cs2. at school i do alot of stuff with it.
O

I have Photoshop, now what do you guys need cut out?

Southern Regiment
i have cs2 at my house
D

I have photoshop 7, I dun need anything fancy for my stuff. =p