I've seen the tutorials on superficial battle damage (scratches and drybrushing, as well as putting dirt and gore in the cracks) but does anyone know how to do the more extreme battle damage? Say large scratches, gouges, and dents where there are rents or where someone may have gotten shot, exploded on, or clawed by the covenant? Has anyone done that or have any ideas of how to go about it on pepakura armor? The stuff doesn't really dent, so that won't work just by hitting it. I'd like to make my armor look like it has character and is gouged up quite a bit from shrapnel flying around.
P

just add a deeper layer of bondo or resin on the inside, and carve out whatever scratches of gouches on the outside, for shrapnel you can cut out shapes of cardstock, resin and rondo over it, and paint it black, and glue of bondo it into the gouge or scratch. just make sure you have the under silver showing then the black from burns or what not

Southern Regiment
Use a dremel or a knife and cut the detail into it.

For realistic damage you could shoot it with a real gun, or put a few firecrackers in it.
T

I don't know about the firecrackers, isn't resin a little flammable? I don't think I own a real gun either. I may just have to take a saws-all to it instead.
I just don't really want my piece to look new. I want it to look worn out and damaged almost to the point of needing to be replaced.

Southern Regiment
As long as the resin is fully cured (at least a day or so) it shouldn't be flamable. But if it does catch on fire it will add even more detail to it lol.

Chuck it up and down your driveway........if its not gonna crack

Midwest Regiment
If you read the books they often describe the effect the enemy weapons have on the armor. The Mrk 5 was based on several crystalline layers designed to mitigate the damage plasma could cause. Damage received in Mrk 5 armor would then be scorch marks, fissures from raped expansion from heat then cooling, melted portions (remember that it would leave drips and spray of the molten material that would then cool on the other parts of the armor. The material that the armor is made of would rarely dent from any blunt impact. For proof the armor has survived falls from low orbit (two examples at least in the games.... I think its a little silly that they can do that yet we can still die from falling... in the rest of the game) and remained intact.

As for causing this damage, I recommend using a two part putty and sculpting the damage you want to see similar in the way FX injuries are applied. Afterwards you can cut away parts that need to be removed or apply more underneath the fiberglass to allow you to carve into for deeper depressions.

PM me if you have some more questions about the application of the putty, I've done FX injuries for nearly 4 years now and know a variety of ways to get great results.
B

Mountain Regiment
You can use a Dremel with various grinding and cutting tips to get the look you want. 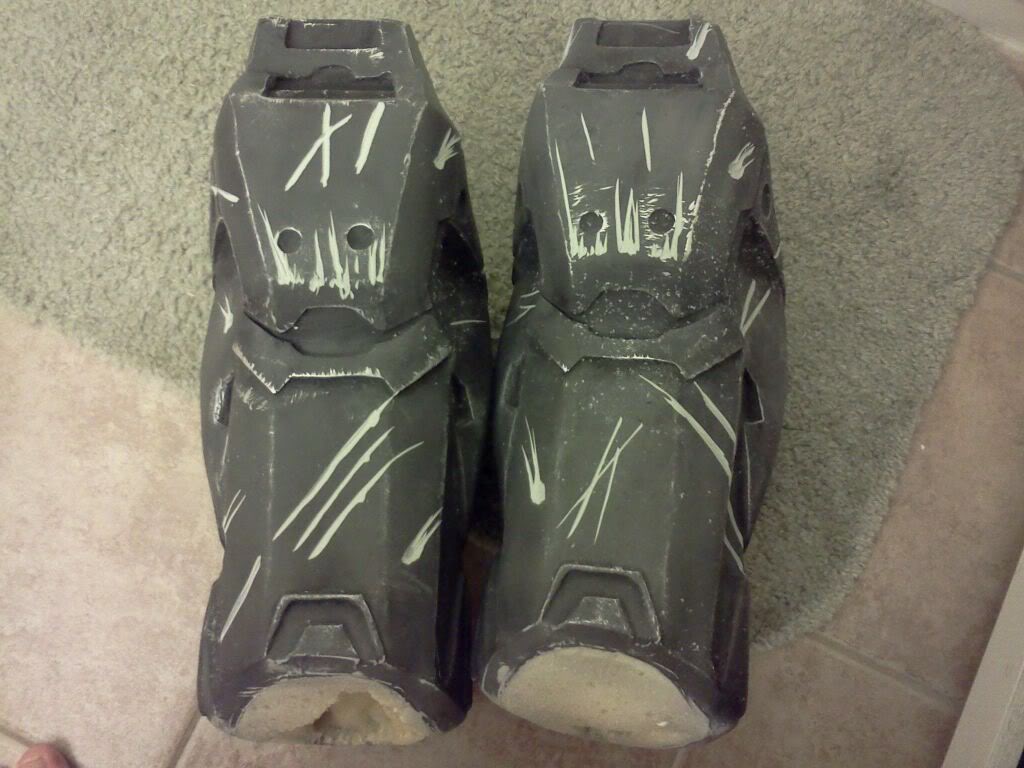 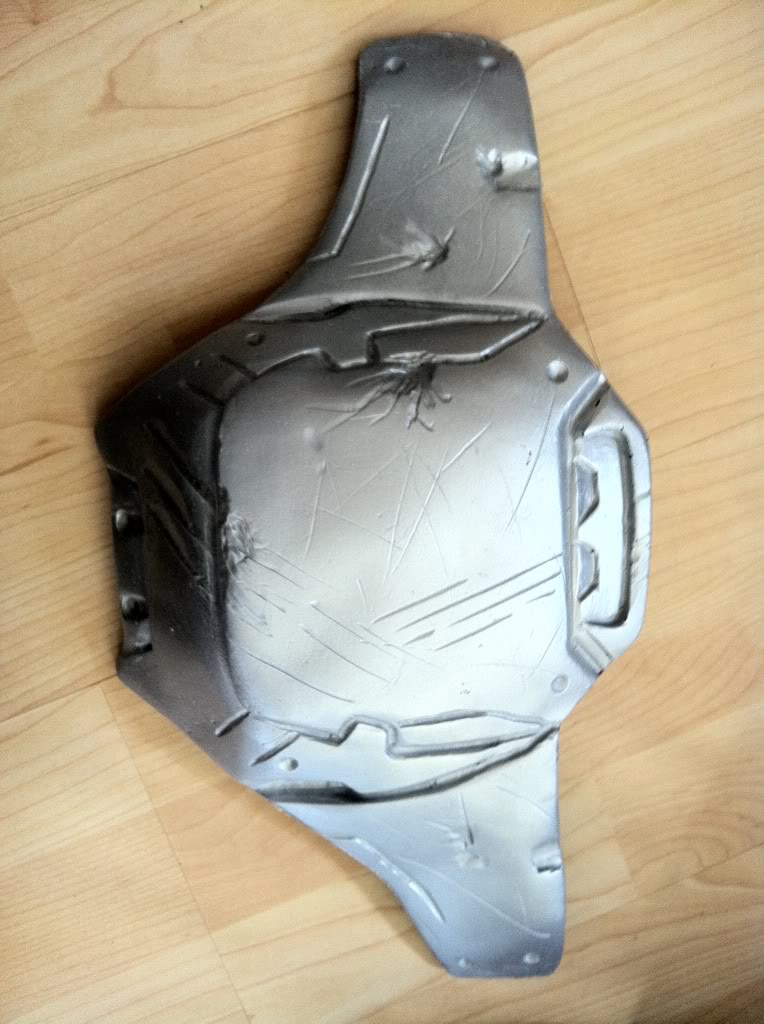 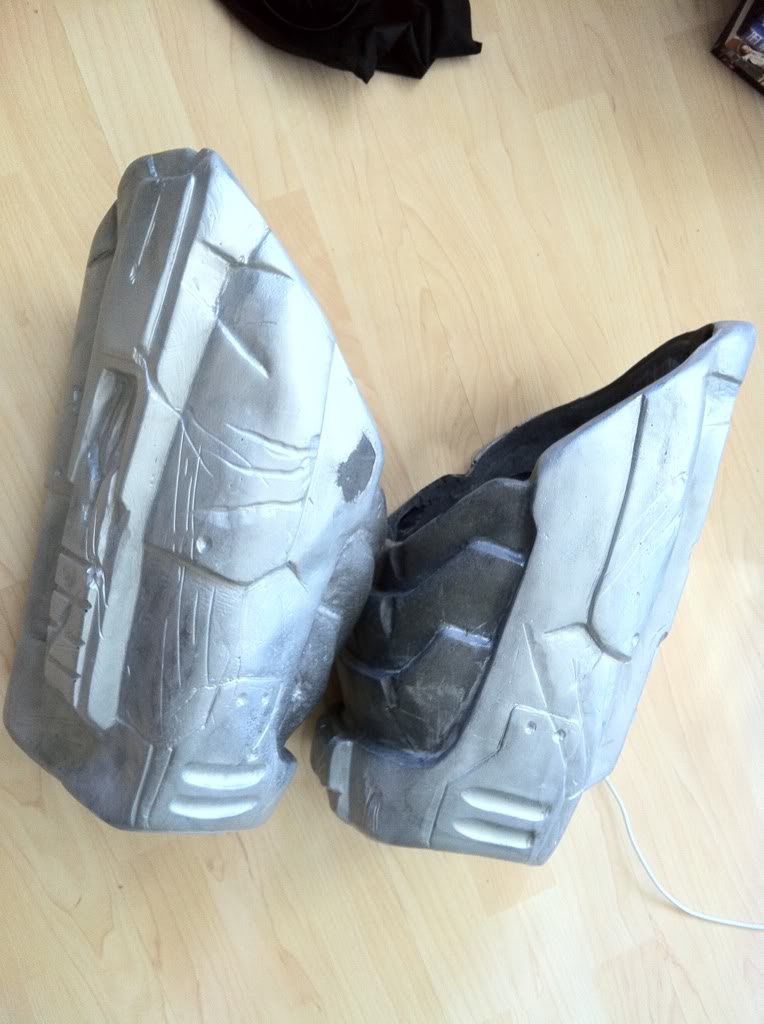 Those are some beautiful pieces, for being battle damaged yet still looking awesome.