Guess what kind of person I ran into yesterday

Alright, I was at the Art Institute downtown for portfolio day and I had a Star Wars Tusken Raider mask as one of my things to show. My girlfriend wants to get into fashion, so we were waiting in line for a fashion design college in California and from behind me I hear, "Do you have a full Tusken Raider costume?" I turn around and there's this girl, about my age, with her mom. Apparently, she's an active member in the midwest garrison of the 501st. She got about a dozen costumes including a full set of clone armor and many Leia costumes. I told her about all these projects I had for Halo and she kept wanting me to go to Star Wars because she said my mask was a lot better than a lot of the other stuff she's seen. So I got an invite to a member's night at the Museum of Science and Industry for a Star Wars costuming thing. Unfortunately, I have work on friday, but if I can't switch with anyone, I can just go on Saturday to check out the Star Wars exhibit that they're having. Still very cool none the less.

A note to make is that I used to be a Die hard star wars fan, so I think my girlfriend was mecha jealous that I met someone who is crazy about costuming.
E

well do you really want to go?
G

Southern Regiment
dont goooo halo for life.........nan j/k i think you should go

Colonial Regiment
So the kind of person you ran into was a costume person??

I trooped at the same exhibit when it hit Ohio, its darn incredible! Im 501st all the way...405th when it starts it heartbeat 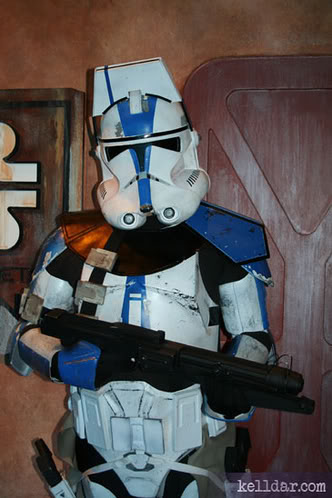 I have a confession.

In regards to what happened last night in Ukraine.

I have a confession.

In regards to what happened last night in Ukraine.