Canadian Regiment
405th Regiment Officer
Community Staff
Hi folks, welcome Bathesda to the Microsoft family... but as many fans of Bethesda know, modders often have to fix the issues bestowed upon us by the devs. This is no different for the cosplay loot provided by Bethesda. I'm sure a few of you have heard that the Nuka Cola T-51b helmets had a mold issue that required their recall.

Naturally, I scooped a helmet up on the cheap with the thought that I could tear it apart, clean it, and rebuild it (probably better than they did). So in true modder fashion I have started fixing Bethesda's mistakes.

Some background (feel free to skip this part): the general theme that I picked was fallout shelter/ nuclear radiation sign colours which are typically black and yellow. Coincidentally they are also some of the traditional Batman colours. In the Fallout 4 add-on there is a reference made to the "Nuka Cola Knight battling the Nuka Cola Dark Knight", which was a tongue in cheek reference to both Medieval Times and possibly Batman... so I figured what the hell, let's make the Nuka Cola Dark Knight helmet in Batman fashion.

As you can see from the photo below I've gotten 2 Nuka Cola Dark bottles. I'm hoping to attach them to the sides of the helmet to make Batman's bat ears/ a beer helmet. Problem is... I have no idea how to attach them. Any ideas? I'm fairly handy and have a ton of tools at the ready, but I don't even know where to start.

I know there are other details I'll need to add, but attaching the bottles has me shook. 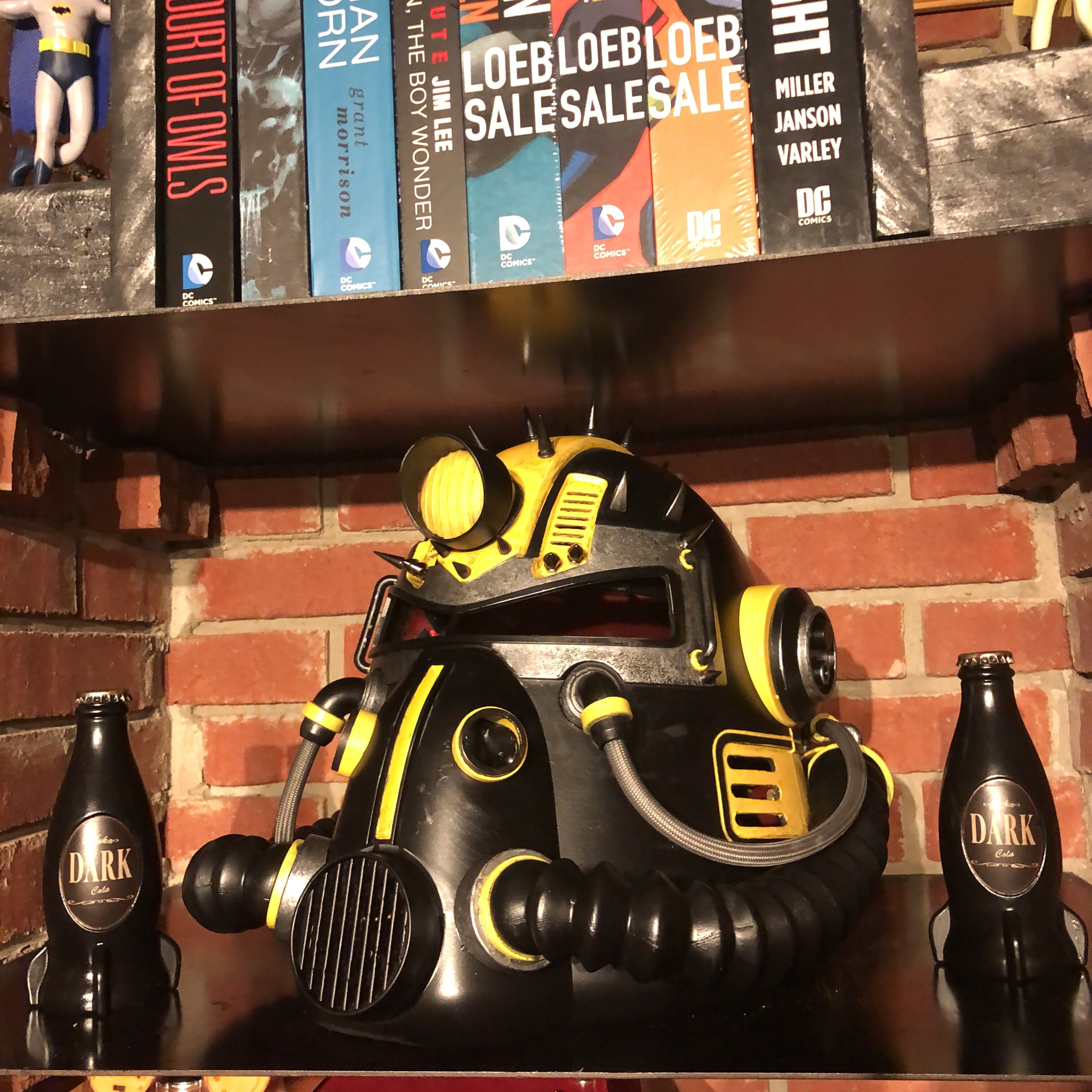 Australian Regiment
405th Regiment Officer
Hmm, with a rounded surface, that sounds like a job for some bolts. Possibly consider drilling and tapping the helmet/bottles where you want them to line up then screw in a bolt and nut to keep it attached.

Canadian Regiment
405th Regiment Officer
Community Staff
Update: the bottles have been attached and the helmet is more or less finished for now. Here is a pic of it with my Batman armor.

Weirdly enough I actually found a local person selling two more helmets... I’ll be making one Master Chief themed and doing a giveaway on my instagram for a fully customized one for one lucky follower when I hit 1000 followers.