Pacific Regiment
Washington
Some new information regarding Halo 3 content cuts has come to my attention and for the sake of keeping everything straight I've decided to write out what I believe the original storyline may have been.

As a precursor to this, here is some readily available source material: 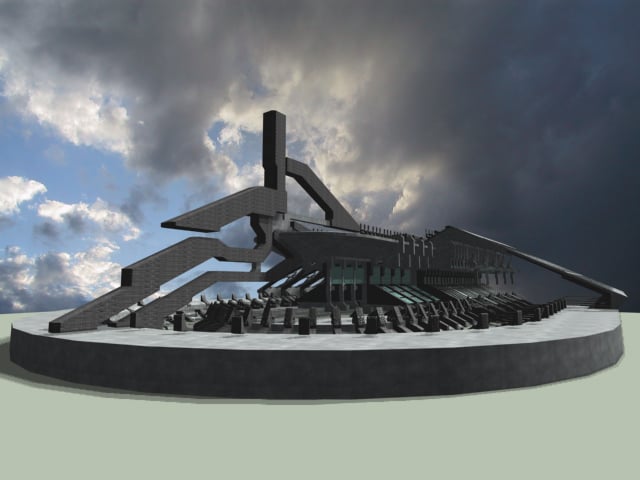 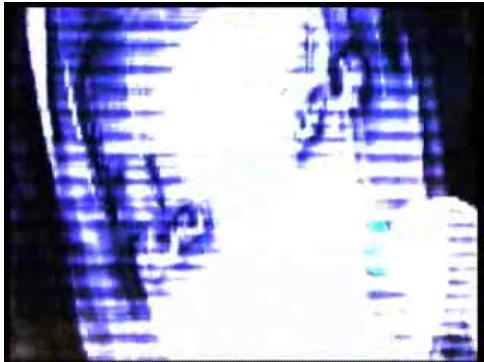 Cortana Moments are times throughout the Halo 3 campaign when either Cortana or the Gravemind telepathically address John-117. During these Moments, the player's movements will slow drastically, as will their ability to turn and face another direction. A screen effect will alter the display of...


So I've done some digging and have put together as best as I can, the original storyline for Halo 3 accounting for known content cuts... The game plays out the same through Floodgate but then as you reach the crashed flood ships, Cortana speaks to you directly rather than it simply being a message recieved onboard Rtas 'Vadum's ship. It would likely play out as follows

Cortana: "Chief! High Charity, the Prophets' Holy City, is on its way to Earth. With an army of Flood. I can't tell you everything. It's not safe. The Gravemind...it knows I'm in the system."

Chief: "Miranda, are you getting this?"

Cortana: ""But it doesn't know about the Portal, where it leads. On the other side, there's a solution. A way to stop the Flood, without firing the remaining Halo rings-"

Miranda: "We're on it, we'll rally the troops, you just focus on that ship.

The mission Cortana then plays out buuuutttttt you're actually on the crashed ship rather than high charity.


(As Cortana states in game 'High Charity is on its way to Earth..... if it did happen in game, its then to be assumed they immediately went through the portal as we never see it at Earth)

Based upon map names and the Bungie development video, an extended version of the The Ark is now played. Hoping to find a solution to the impending flood invasion Chief learns of the Guardians (my best guess being Guilty Spark reveils this information at the end of the mission infront of that map) Chief and Arbiter now spilt up, Arbiter wishing to stay near the Prophet.

And so the mission Guardian Forest begins (see links above) where chief collects the eye of a Guardian to be used as a weapon against high charity. The station otherwise being far too powerful for an all out assault by even Rtas 'Vadum and the Brute's fleets combined.

I don't have any information regarding the third mission known to be missing (090_ ?) I would guess it is at this point the scarab fight against the Gravemind takes place as it likely wouldn't take place in the Guardian Forest. Having destroyed the gravemind near/on Earth, the dynamic duo (Arby and the Chief) goes to give Truth two black eyes.

Mission 110_Cortana.... According to the in-game leadup, books, and some concept art I am guessing that Cortana turns... Having reached The Lost City, Cortana goes full on Halo 5 on us. Chief flees the lost city fighting against her 'sentinels and friends'.

Chief, unable to get Cortana under control would then go on to attempt to destroy Cortana and her new found weapons. In the mission Halo giving meaning to the Cortana moment quotes,

"Could you sacrifice me to complete your mission? Could you watch me die?

Faced with low ranking flood upon The Ark, and a rampant Cortana, Chief goes to light the ring with intent to destroy The Ark and eliminate the flood. Spark stops them.

Johnson: "We don't have a few more days!"

This time referencing the an increasingly powerful Cortana

And the rest of the game plays out the same as release, minus Johnson's final word's towards Cortana and her involvement during the Warthog Run.... She'd likely still have been present, just in a different way.

Pacific Regiment
Washington
Some additional information relating to the above: 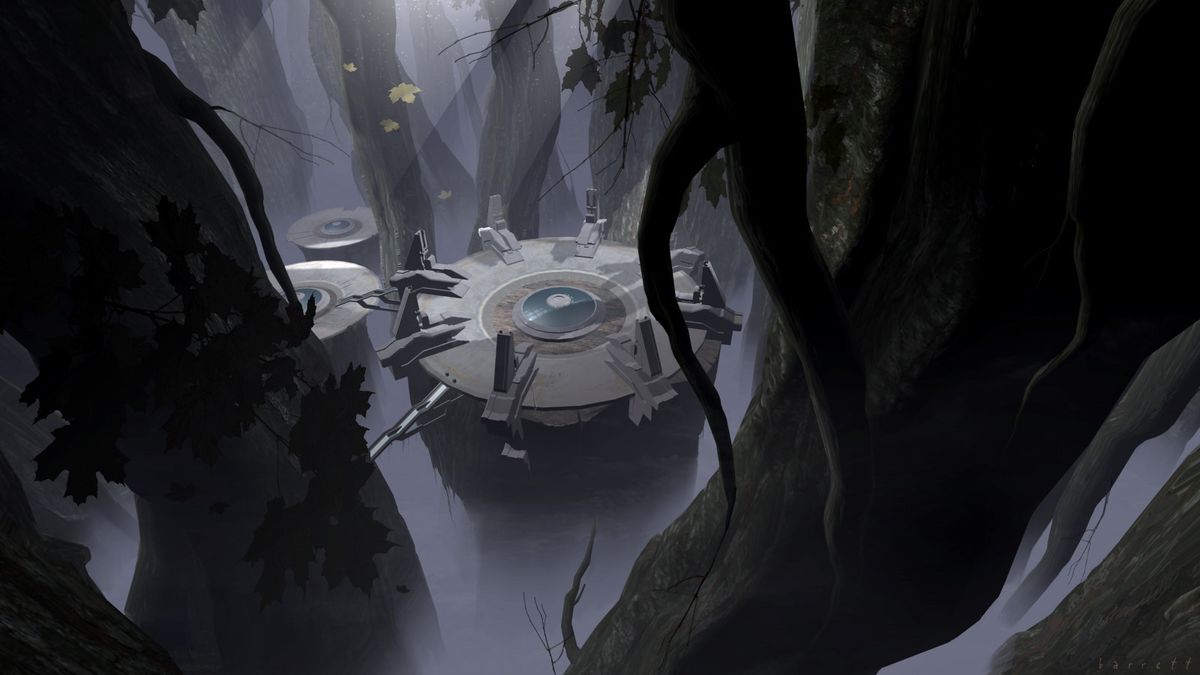 Guardian Forest was a planned level in Halo 3's campaign, intended to take place later in the campaign. 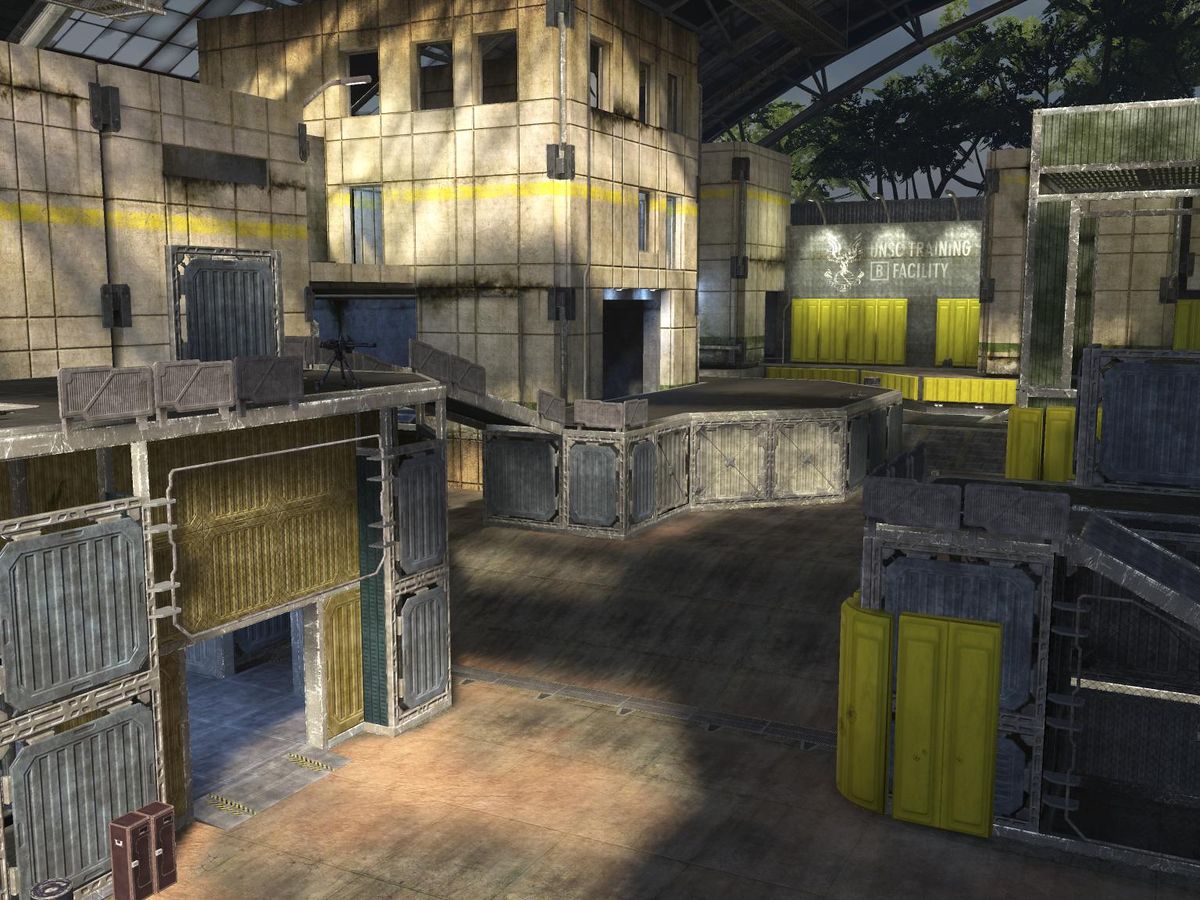 The Pit is a symmetrical Halo 3 multiplayer map. It was included in Halo Online under the name Hangar.

In addition during the beta the names of three multiplayer maps were discovered.

Cyberdyne which was later titled 'The Pit' is the easiest of the entries as it ended up in game. The file name in the final release confirms this association.

Little information still exists for either of the following maps although a small amount of can be deduced....

A map called 'Gym Class' attributed to being renamed 'The Pit' which conflicts with the already comfirmed. However, that map went through serious changes during it's creation. During the beta, both 'Cyberdyne' and 'Gym Class' existed as separate maps so I'm inclined to believe 'Gym Class' to be the earlier version prior to the inclusion of the dividing wall separating red and blue base.

Lastly there is 'Warthog Inc.'

To my knowledge, only three references to this map still exist, all pointing to either game data or Bungie's video. As I recall, the name was seen in the background of the video first introducing Narrows but I could be mistaken. The name appears in the beta files as well but I've found no other information on it

Here are those references:

Beta code: the gift that keeps on giving.

After reading this page, I found-out that the page said that this map is unconfirmed. However, in the Multiplayer ViDoc released a while back has a screen with "Map: Warthog Inc." on it. Surely this confirms that the map does indeed exist?

Someone has made their own:

This is the eighth Halo 3 multiplayer map i'm working on. It is a part of the map, because the whole map size would be too heavy. It is based on a unsc base that produces Warthogs, and scorpions. This is the barracks. Overall the map will be a fusion of open space battles and close quarters...

This makes a whole lot of sense, as I've always like the Halo 3 Campaign, but have also felt like they either didn't put enough resources into the Campaign, or just simply didn't have enough time; as is evident by the cut content being mentioned.
Great read!

Midwest Regiment
I love learning about cut content and story, and I feel like this couldve really helped the story. Once I took off thee nostalgia glasses, and replayed Halo 3, I just felt like there was something missing to the campaign, either short changed, or cut levels. From what I have heard tho, there was always cut levels, from Halo 1, 2, and 3 that helps fill in the gaps, obviously. Like the inbetween Halo 2 and Halo 3