You see we are roleplaying that we are spartans. We travel halo doing whatever we want. To play just type what happens. Only rule is that you can not kill others without their permission. Fights are allowed though. But nothing about their personal life. Just about the roleplay.

To enter just pm me this form filled out

Username:
Spartan Name:
Looks: Probably a photo would work in this position
Bio: If their is anything that you think that pertains to them. Such as their personality, tell it here.

Bio: AS soon as he was born he was taken from his parents and raised to be in the army. If you ask him about his family he will always answer, "You are my family. Every spartan here is my family. I was born and raised to fight. That is who I am." 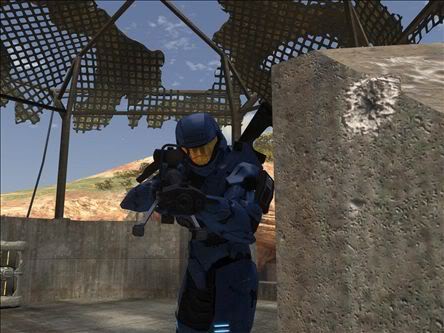 Bio: When Michael was a child had a very good aim with his 22. when he turned 6 he was taken to boot camp for spartans and turned in to a spartan. Now he is a sniper and leader of the spartan squad "Ghosts".
M

I gotta take a shower so I am gonna do a small entry. Go off of that until I get back. Also try to get others to join.

Bryan-406, who was often called Bandit, exited the Spartan drop ship. "Hmmmm...Halo seems so much like Earth. Yet it feels so unlike home. What do ya'll think?"

As the drop ship pulled off a small frighten voice came from behind the group of spartans. Bandit was the first to react. He pulled out his Assult rifle and shot the grunt as it emerged from it hiding place. A covenant drop ship descended from above. "Come on everyone!" Bandit yelled to the other spartans as he began to cross the bridge.
Z

I just thought that a small roleplaying thing for Halo would be good for this forum.
S

spartan 114, otherwise known as raimer, ran accros a stretch of open desert and dives behind a burnt out warthog, the plasma bolts strike the vehicle with extreme rapidity and leave a green/blue mist behind it, he pops his head up and releases a torent of fire from his SMG before ducking behind the vehicle again, he shouts at the top of his voice "covenant troops, this is raimer, spartan 114, prepare to run" then launches three grenades in rapid concesion at their position a brute darts out to run from the imemnant explosion, raimer draws his magnum and puts 2 rounds into the brutes head and as the creature falls raimer launches himself over the warthogs bonnet and rolls to the ground, without losing a step he stands and runs toward the now fleeing covenant troops.

A brute cheiftain dives at his legs but raimer uses his agility to dive above the attack and launch another barage of fire from his SMG into the brutes torso, the brute, doesnt die but lainches a viscous swipe with his gravity hammer while roaring "die deamon! in the name of the prophets!"the blow hits raimer square in the chest, when he wakes up the brute is stood over him raising the hammer, raimer rolls out of the way just as the hammer strike the ground where his head was a split second earlierthen draws his combat knife and jams it into the monsters throut the brute looks down with a look of utter shock on his face then drops his hammer and falls backwards, the now not retreating coveneant see raimer lift the hammer and he roars
"FOR EARTH!!!" and launches himself at the again retreating covenenant troops.

One grunt screams "aaaaaah he's gonna make covenant pancakes" while running at high speed raimer brings the hammer into a wide arc of swing and catches the grunt throwing him into a wall and ending its screaming he picks up the pace to catch up to the last brute who is making good time towards a ghost, the brute turns and catches raimer in the sholder with a splinter gun bolt, raimer spins uncontrolable and drops the hammer he looks up to see a ghost hoverig at high speed he moves quickly to dive over the ghost and retieve the gravity hammer,
he turns and shouts "try me beast" as the ghost turns for another pass at him...raimer laughs to himself
"its just too easy he says while preparing his final plasma grenade, the ghost speeds towards him, raimer pulls a seamless back flip while placing the grenade on the upper hull of the ghost, he laughs as he lands and walks away, the ghost explodes behind him as raimer pulls the bolt out of his sholder with a grunt
"sierra 114 calling in, mission accomplished, covenenat defences broken, and sarge, i found a new toy" he speaks into the comm link in his hlemet, while hefting the grav-hammer

oh and the grunts saying i stole from a guy i once played on halo 2 live...it was the funniest thing ive ever heard!!!

sorry..i forgot to send the pm first...my college pc's wont let me...i'll send it as soon as i get home...my bad

EDIT: fixed the paragraph issue...it was writen in a bit of a rush....but yeah...it should be a bit easier to read now
K

A tip from a RPing Vet, make paragraphs with what you write and don't bunch it all together as it makes it hard to read.
F

i tryd one but it came out crappy. i'll join though
pm sending

Canadian Regiment
I want to join if i can write it in french , because your eye would certainly start to bleed if you read my bad english.
F

Garzak said:
I want to join if i can write it in french , because your eye would certainly start to bleed if you read my bad english.
Click to expand...

Garzak said:
I want to join if i can write it in french , because your eye would certainly start to bleed if you read my bad english.
Click to expand...

Your English seems perfectly fine to me. You'd be surprised how bad some native speakers are at writing things.
Last edited by a moderator: Feb 25, 2017
K

Here is some friendly tips, don't just say you will join, write out a small character profile, IE personality, weapon preferences, name, things such as that, will make things easier in the long run.
F

kanianreborn said:
Here is some friendly tips, don't just say you will join, write out a small character profile, IE personality, weapon preferences, name, things such as that, will make things easier in the long run.
Click to expand...

Canadian Regiment
Username:Eskimobob
Spartan Nameeter-085 (Reaper)
Looks: Blue MkVI armor, yellow detailing.
Bio: "Adopted" into the program at the age of nine, Peter-085 was a street kid, learning from his friends how to steal and pick-pocket, he was like a straight up specter, until he was caught sneaking into the USNC armory. It was decided that he would become a spartan, and take the role of recon / Assassin, that was 10 years ago and Peter-083 is one of the best the program has seen.

Peter-083 is never without his sniper rifle named rose, and his twin smgs.
S

User name: redtippmann
spartan name: "Unknown" 021
Looks: immage coming soon
Bio: not much is know besides his spartan number 021. Some think he is on a flood infected planet. Like all other spartans he is listed as MIA. Status.......Currently getting information on this spartan.
F 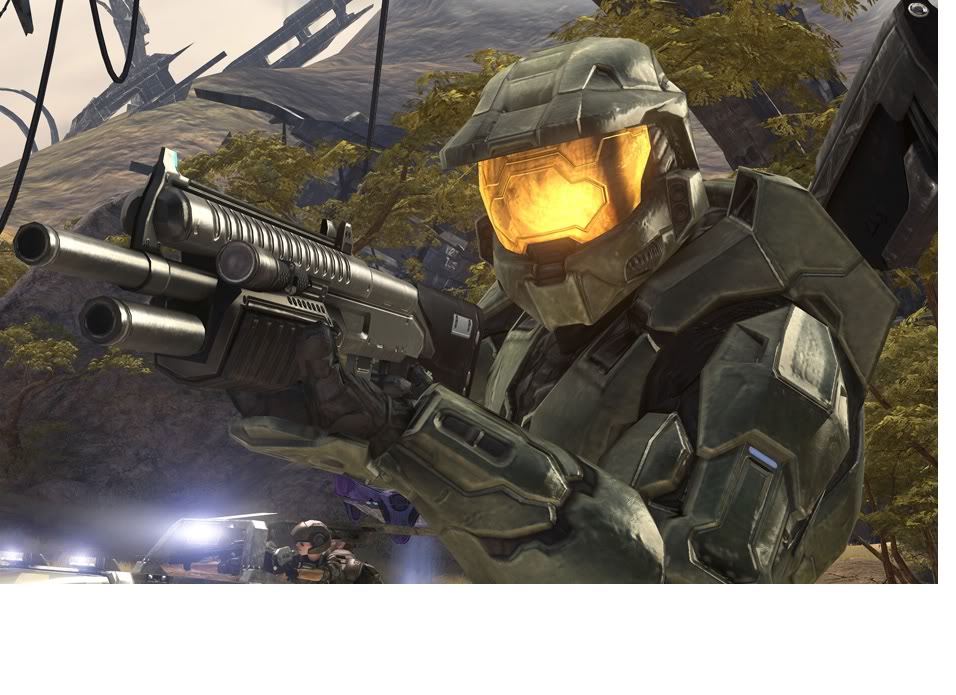 bio: Brian was picked up with the other group of children at age 6. He was put in an elite force set on a TS mission to extract a flood specimen on a located ring. as their ship manuvered to the ring. they were hit by an astroid and drifted. 118 was the only surviver and was left for dead on a distant planet. he carries around his customized M90 shotgun, MA5c assault Rifle, a hand full of grenades, and a portaable bubble shield. armed and ready, he searches for a way off the rock. and hopes to find life.
C

Living life is one thing, making it up is another. Get out and engage!