This originated from some dude on:

Magnum - The Magnum is much improved since Halo 2, dishing out slower, more punishing shots. But it's still not back to Halo 1 strength, as the clip currently carries just eight rounds and you can't zoom in. Still a nice, precise choice for dual-wield combos. 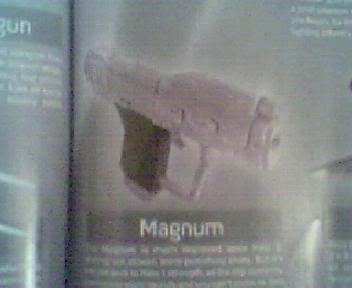 Energy Sword - The infamous Sword gets two tweaks aimed at balancing its overwhelming power. One change is a brief weapon-switch delay. The second adjustment is more controversial: the Energy Sword now has an ammo meter that depletes with each attack, which keeps players from hoarding it indefinitely. 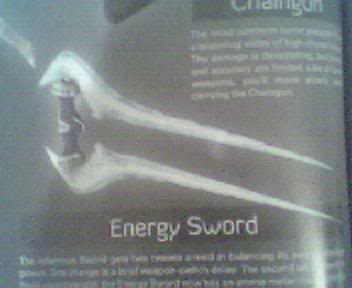 Wraith - The lumbering Covenant Wraith returns with a new player-operated secondary turret. It's helpful for driving off boarding attempts. 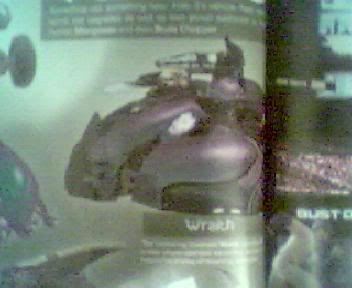 Brute Chopper - This ugly, jagged Brute Chopper looks like something Firefly's Reavers might drive into battle. Its twin cannons nad heavy, blade-like chassis can pulverize lesser vehicles in a nanosecond. 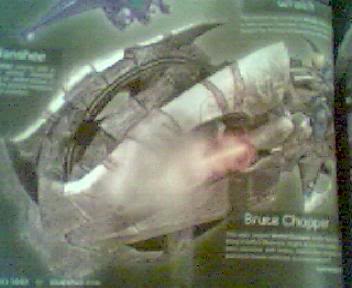 Radar Jammer - Hurl this item into a fight and watch as chaos and confusion engulf friend and foe alike. The jammer scrambles the radar of all nearby players and triggers disco-like light flashes to further disorient your prey. 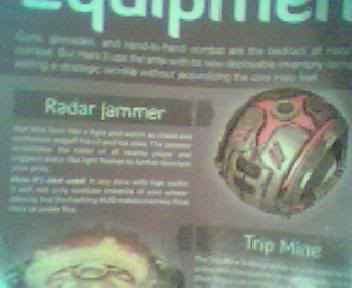 Shrine - A UNSC battle cruiser looms menacingly over Shrine's sprawling sand dunes. Shrine is the largest map ever to appear in a Halo game, so Bungie put a key emphasis on vehicle-on-vehicle combat. Shrine has few ties to older Halo 2 maps, but its massive size recalls Relic. 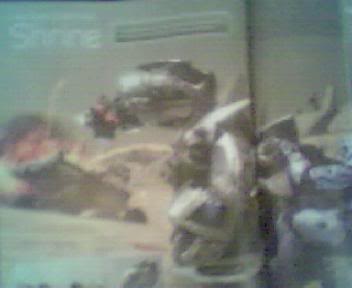 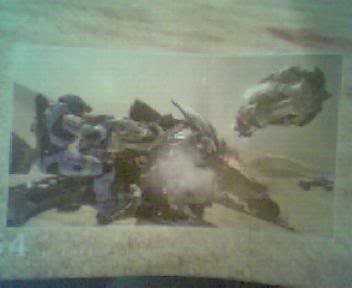 Epitaph - Epitaph is an arcane Forerunner cathedral-like structure that towers above the surrounding wasteland. The central killing floor is crisscrossed with elevated walkways, exterior hallways, and lifts. It's a spiritual successor to Halo 2 maps like Colossus, Gemini, and Midship. 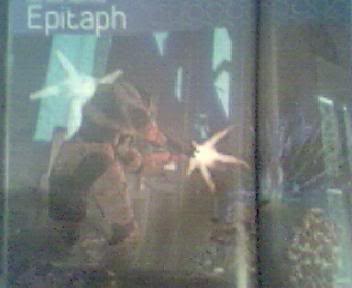 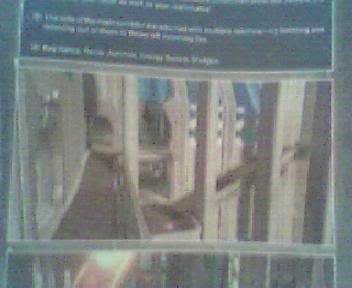 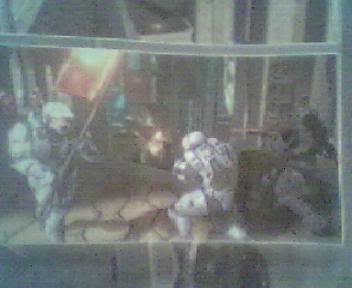 Last Resort - Zanzibar, one of Halo 2's most beloved maps, has been rebuilt and rechristened Last Resort for Halo 3. This industrial site is almost twice as big, with a less cluttered internal layout and more paths into the flag room.

Secret Map - Bungie sneakily sent us two mysterious concept paintings labeled only as "Work in Progress Map." We see the icey motif and pray for a new Lockout, but only Bungie knows the truth. 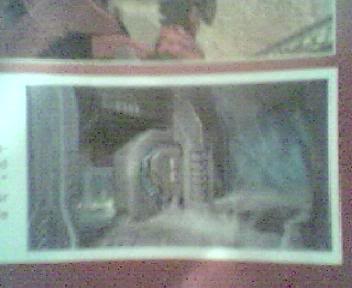 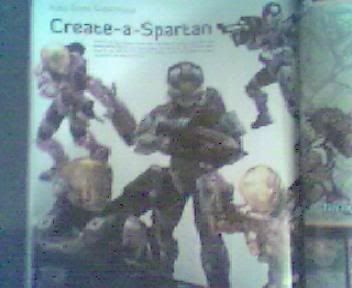 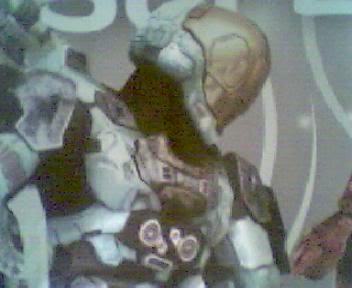 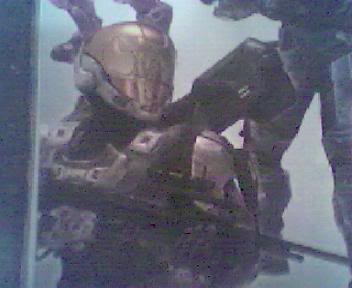 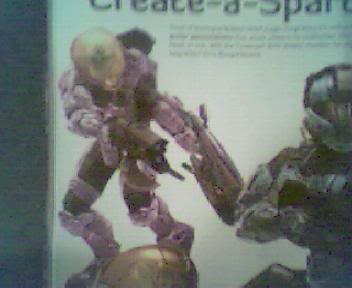 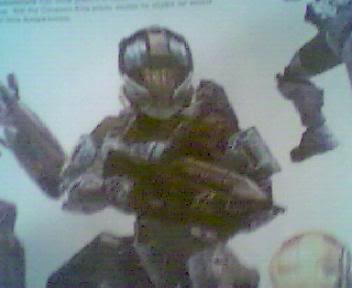 I complete knew the SPI's were coming but the new costomazation is ganna be amazing, and will be epic for crafting new armors. I cant wait.
K

That armor is SOOOO cool!

Thanks for the all points bulletin Adam... THIS IS HUGE!

Colonial Regiment
Imagine the ENDLESS options for Mjolnir costumes this will establish!

We'd better get crackin.... theres a lot of work to do. :mrgreen:

It's possible that this will become common knowledge very shortly. Bt there are higher res images out there too.
Last edited by a moderator: Feb 25, 2017
M

It's possible that this will become common knowledge very shortly. Bt there are higher res images out there too.
Click to expand...

i didn't find any of this stuff.. HOwever, I do need those high resolution images STAT!!!

That's an amazing find Adam. Can't wait to got to Borders!!That Spi looks sick and could also help identify teams (Spis vs MJOLNIRs) instead of Rrd v Blue. The pistol/magnum, I can't wait for. Now I do hope that The Energy sword can have a lot of energy. I mean it is a power weapon. lol ;-) But great find Adam

A topic so good, it made general mayhem post! :hyper:

Now we'll really have a good reference to make SPI armor with. What's that third one? Looks like something made from the old H2 concept sketches. I might attempt that once I get some better scans.

Adam said:
i didn't find any of this stuff.. HOwever, I do need those high resolution images STAT!!!
Click to expand...

I second this, and think we should get a spartan squad on finding them ASAP
Last edited by a moderator: Feb 25, 2017

Colonial Regiment
Oh, I should correct that earlier message...

Bt there are higher res images out there too.
Click to expand...


Still I think that somebody's got to have them.... If that article is releasing soon, there should be better scans available. Regardless, I'll be going to Borders and Barnes & Noble tonight...
Last edited by a moderator: Feb 25, 2017
S

thats not spi. not a chance. unless its SPI mkII. the SPI helmet bulges out around the sites, creating a "lump" at the top. im gunna get that issue of gamepro to find other reasons its ot SPI.

Bow down to your awesome webmaster ;-)


Cobra, Intruder, Ninja and Regulator seem to be new armour types available for Spartan use in multiplayer, with the standard default Mjolnir selectable of course too. What’s interesting is that seperate armour parts are listed for each of these new types also. Helmet, left and right shoulders, and body are all listed seperately suggesting players will be able to mix and match parts essentially building their own Spartan. This has been semi-hinted at before and Spartans with different coloured shoulder plates and helmets were spotted in the last Bungie released Vidoc.

It doesn’t end with Spartan models types though as similar listings are included for Elite use. Fewer options than the Chief, Elite players are offered the choice of new Predator or Raptor types, or the standard default.
T