The Budget Spartan is Back!

Midwest Regiment
Throughout my fabrication career (although I don't get paid for it, so it's not much of a career) I have utilized low-budget materials. My first Mk VI armor set was cardboard and duct tape. It won me the Legendary Edition of Halo 3, as well as much fame around my hometown. The second Mk VI suit was made from craft foam (the kind that looks like a sheet of paper) and allowed for greater detail at the cost of durability. It continued my legacy, won a few contests, but ultimately fell apart.

This time around, I'm moving to foam board. It's far more durable than the craft foam, and still allows for greater detail than the cardboard and duct tape. I will also not be doing a MJOLNIR Mk VI suit, but my GEN 2 armor from Halo 5 multiplayer; the Copperhead - FANGS helmet, and the Argus - ARESTOR suit.

The helmet is complete, more or less. I only need the mirroring for my visor, and then it is 100% done. The visor itself is cut and wielded pieces of a storage bin lid. This will be covered with the mirrored blue window film, to give it a clean and complete look. Modification was made to the back for functionality, and the back hatch is held in place with high-strength Velcro and put on a leather hinge-strap.

The undersuit I plan to make from a scuba-diving wetsuit. The thicker material (as opposed to a shirt and pants) will allow for armor pieces like the Argus shoulder pads to be fashioned to the suit through Velcro. After the armor is done and painted, it'll be sealed and covered with two or three layers of Frog Juice. Ironically, the undersuit will be the most expensive part of the suit.

It should also be mentioned (as it explains some areas of unevenness) that my method has never involved a plan or schematic. I utilize various screenshots of the armor, and build around my body piece by piece. It's a lot of guess-work, on-the-fly measurement, and adaptation. 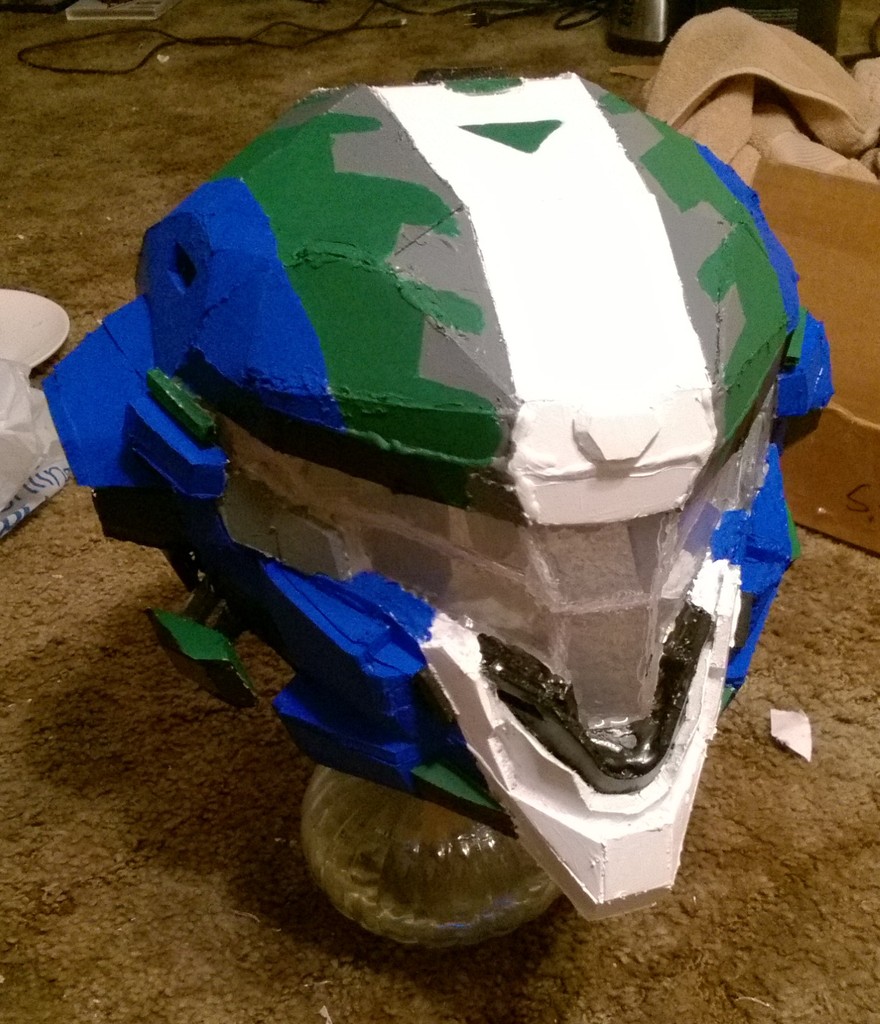 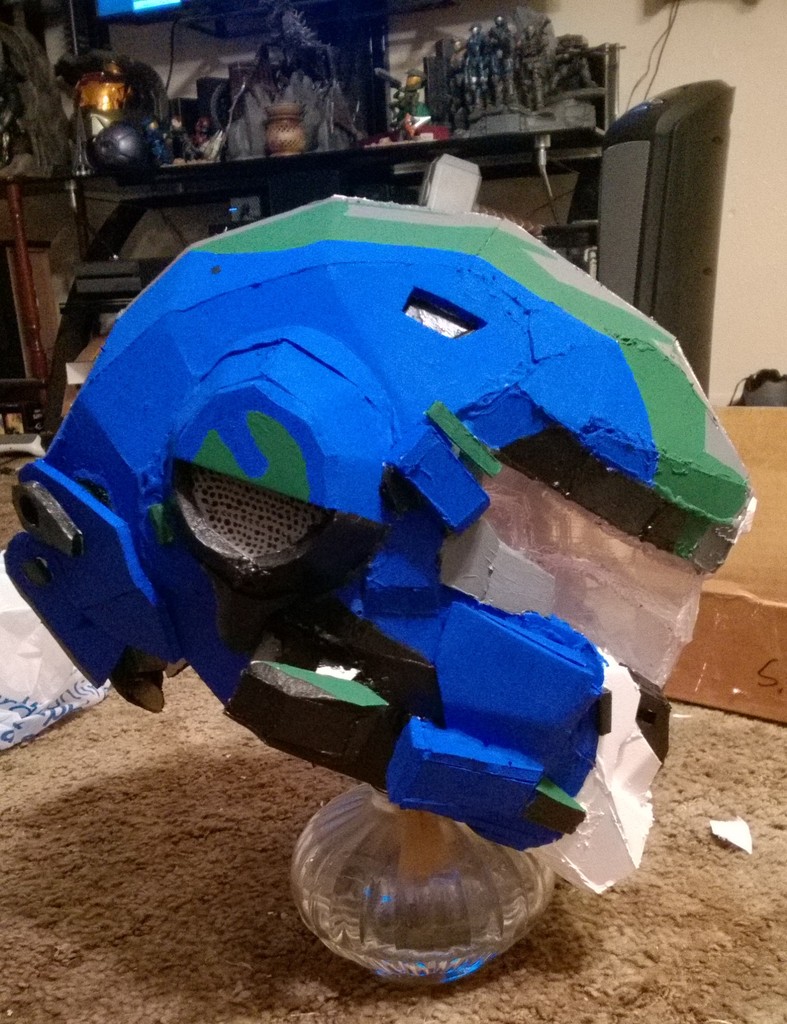 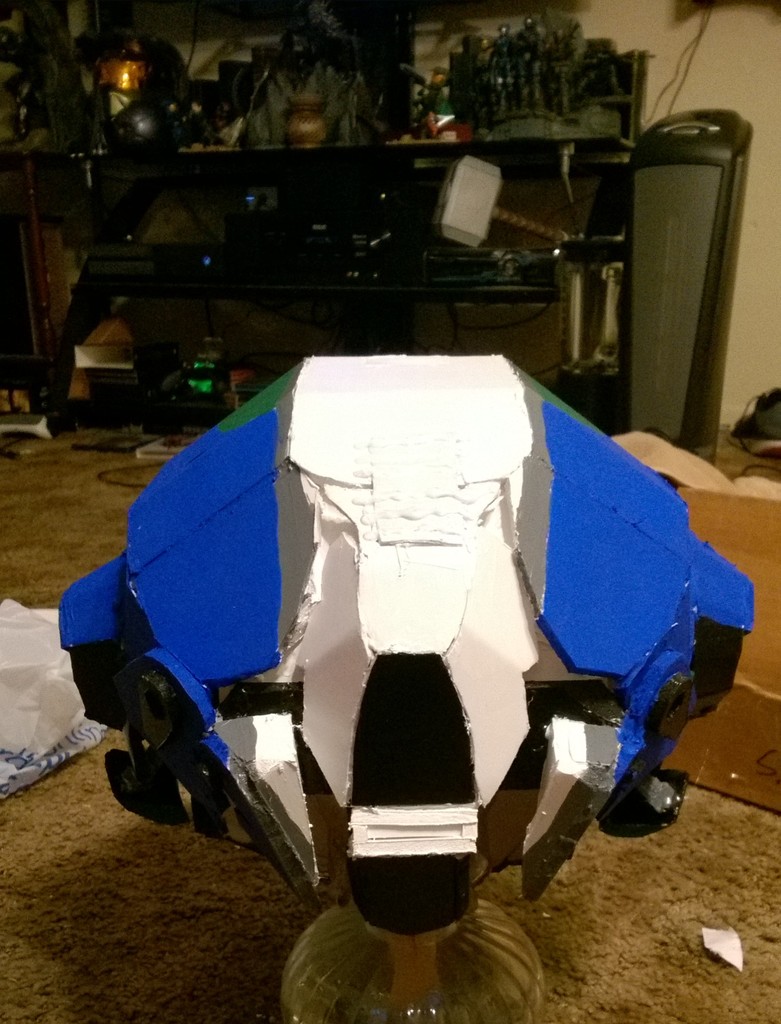 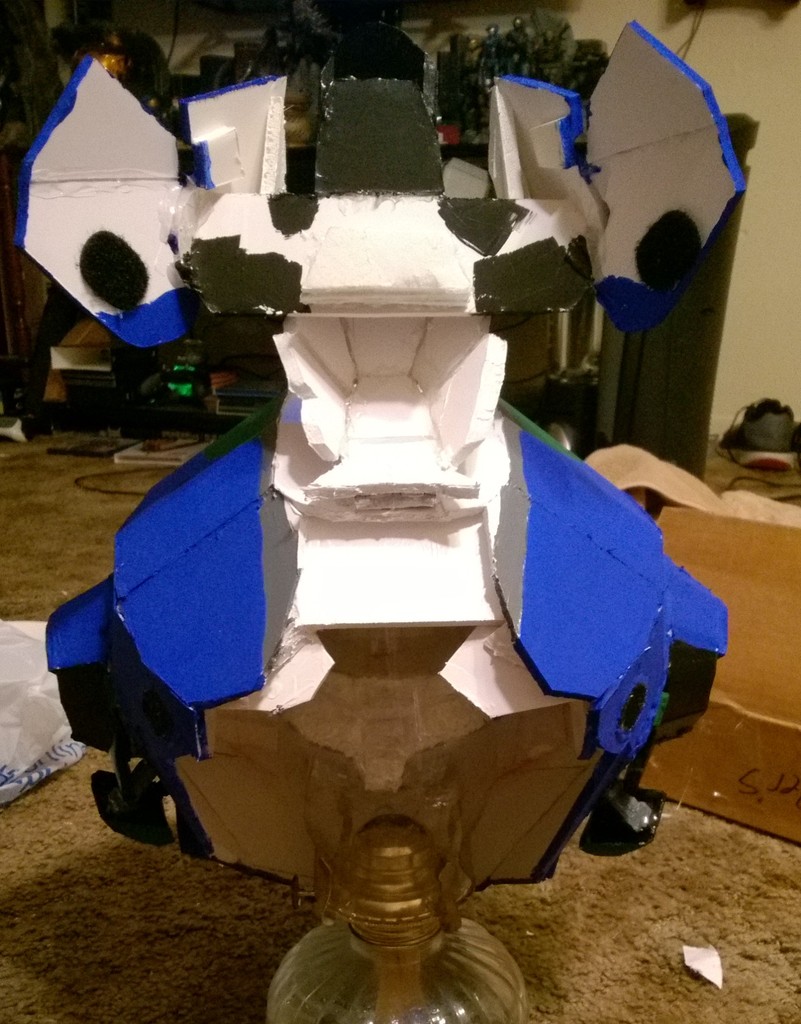 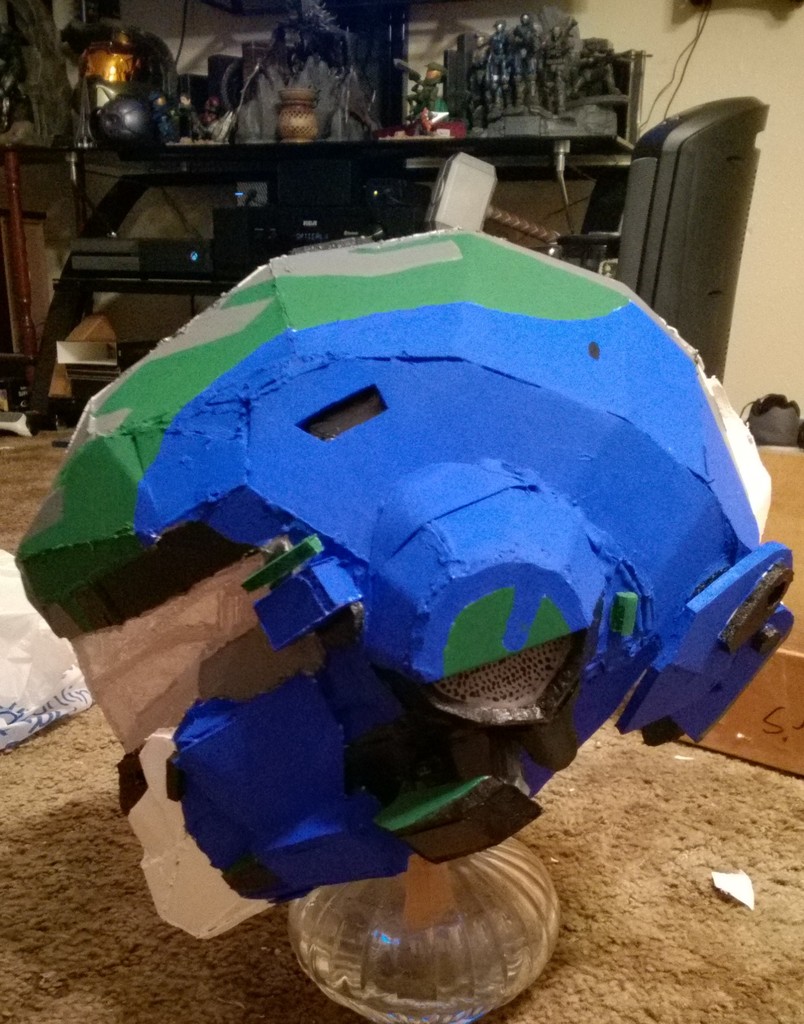 I also have a NERF gun modified to resemble a MA5-D Assault Rifle. The rifle will get new foam on top to give a more hardened look, a fresh coat of paint, and a layer or three of Frog Juice. 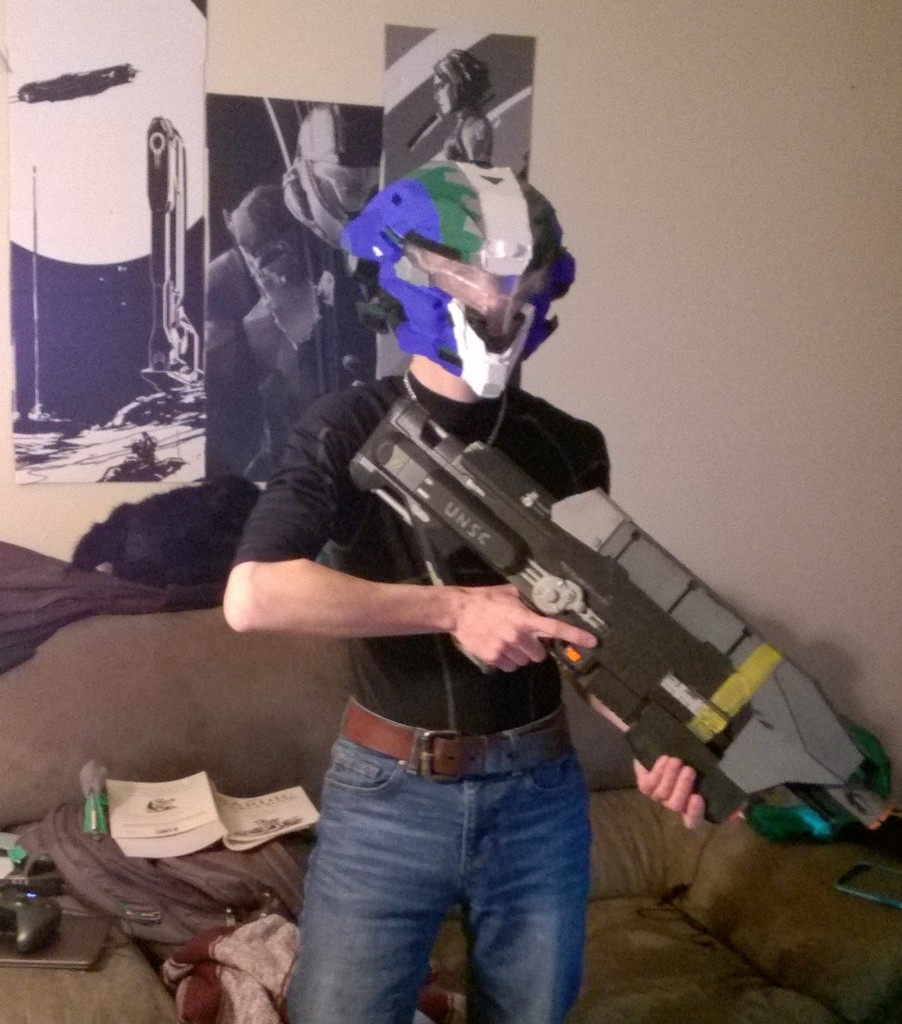 Midwest Regiment
I received my shipment of blue-tinted window film; my visor is covered in it, and the helmet is now complete! (Minus sealing spray, though) 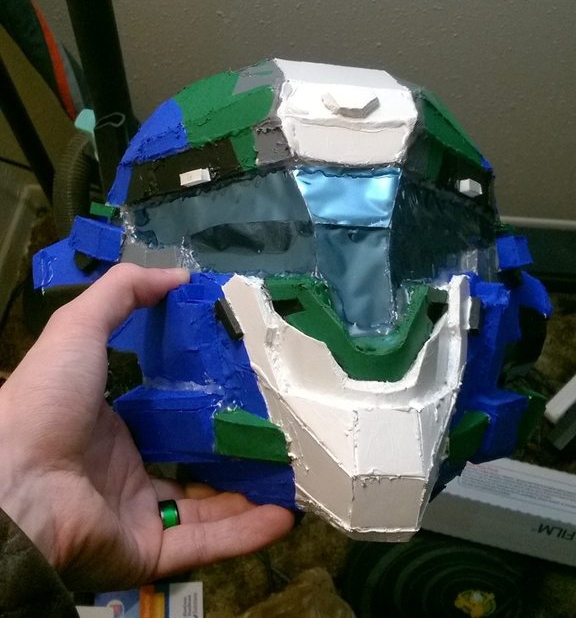 Midwest Regiment
Been a while since I've posted updates on this, but having purchased a wetsuit (with boots and gloves) my suit is coming along! The paint is too wet to take a new picture, but here's the most recent one. 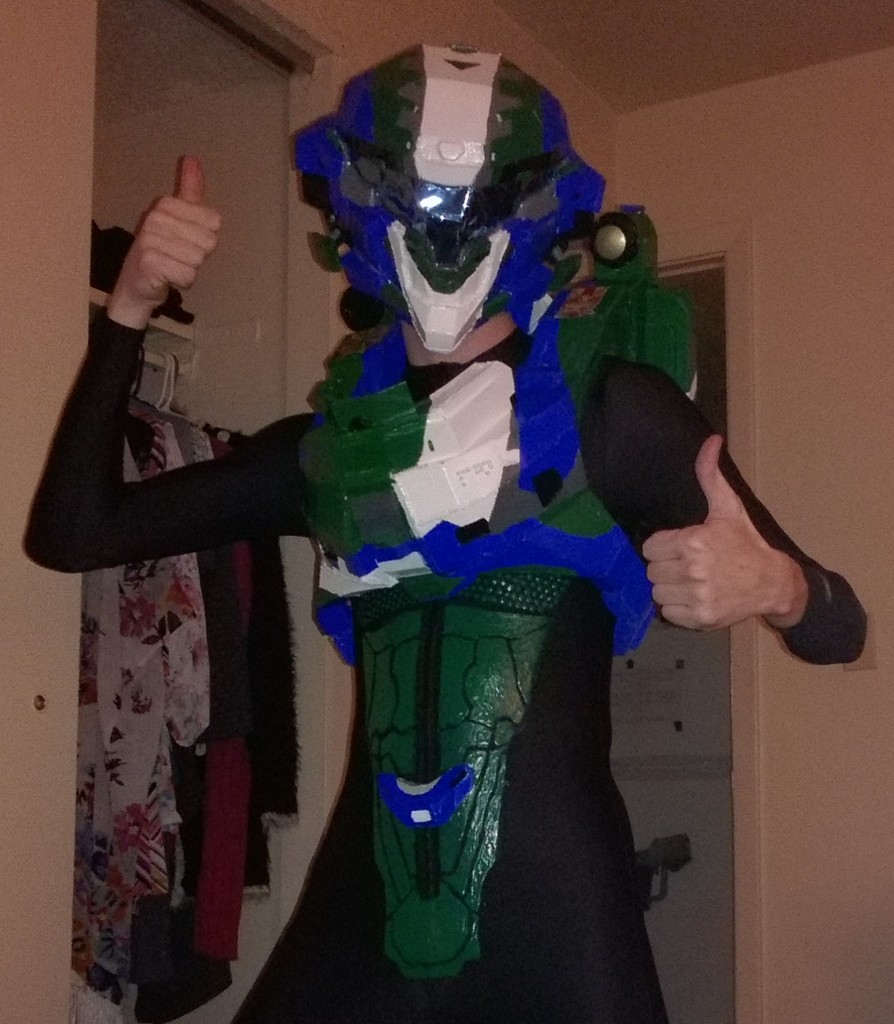 Southwest Regiment
I couldn't help but laugh when I read the title but this doesn't look to bad for a budget build. Keep us updated on your progress.

Midwest Regiment
Speaking of... Update! The body suit is done - fabric paint on a wetsuit - and I am working on finishing out the arm pieces. 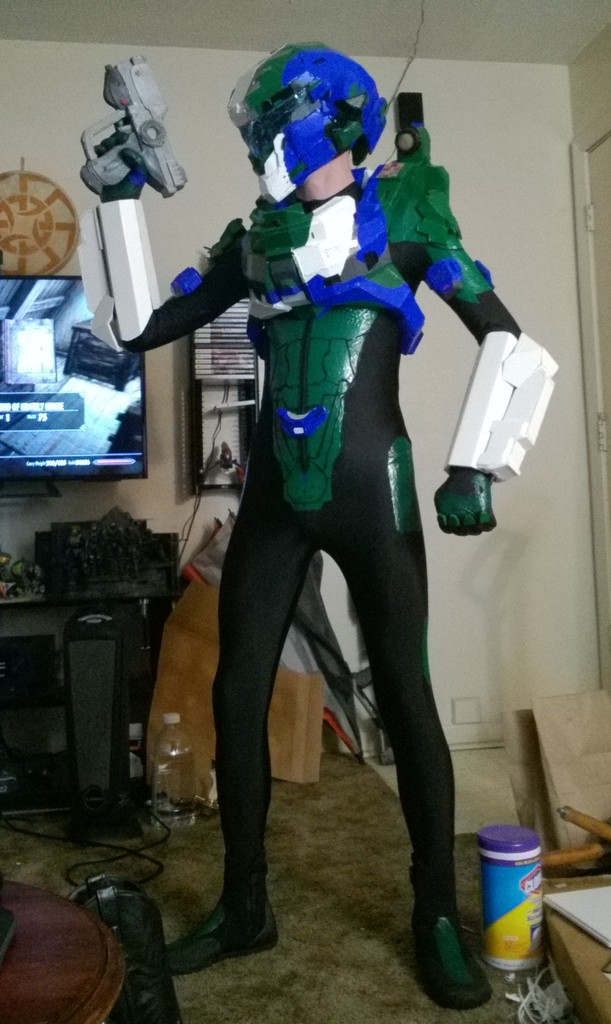 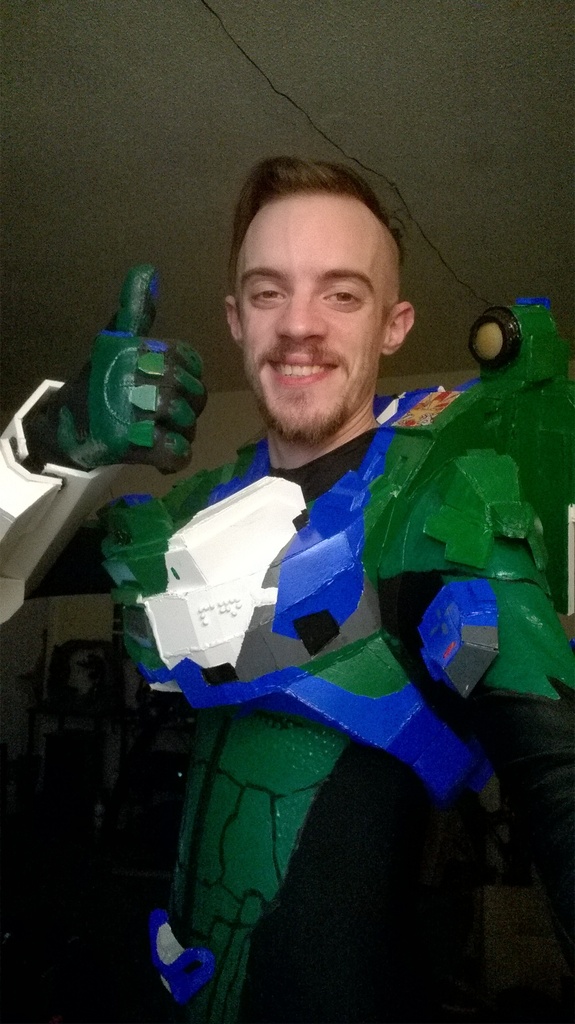 Midwest Regiment
My costume was finished last month - did not get a good reception at Comicon, sadly. Mostly people just bumped into me and broke parts of it. It was also rainy, but I know that it's waterproof, now. (Also, sorry for the blurry picture) 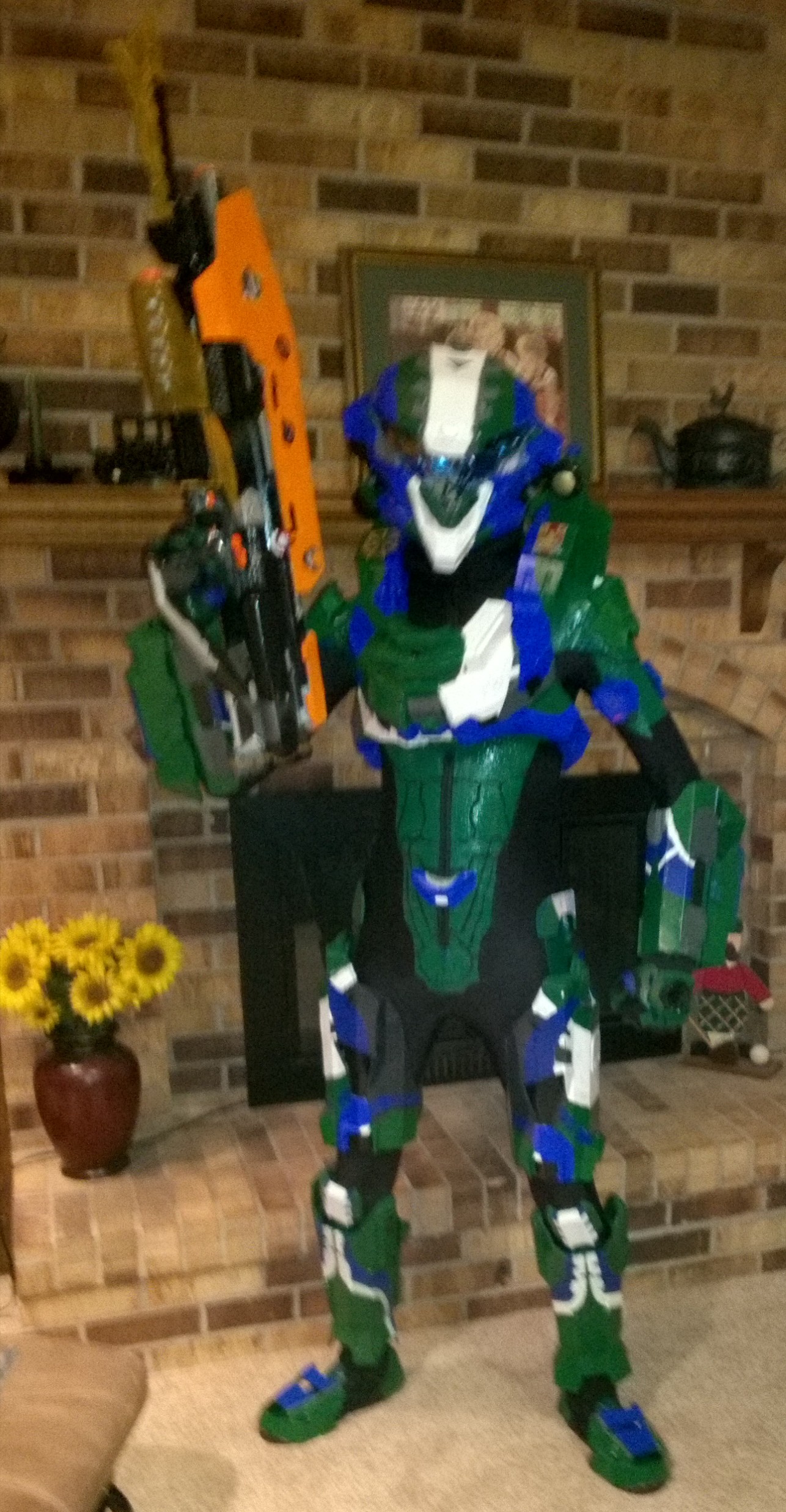 But! Felicia Day was genuinely impressed and amazed by the costume! So I appeased the Queen of the Nerds - it was all worth it. 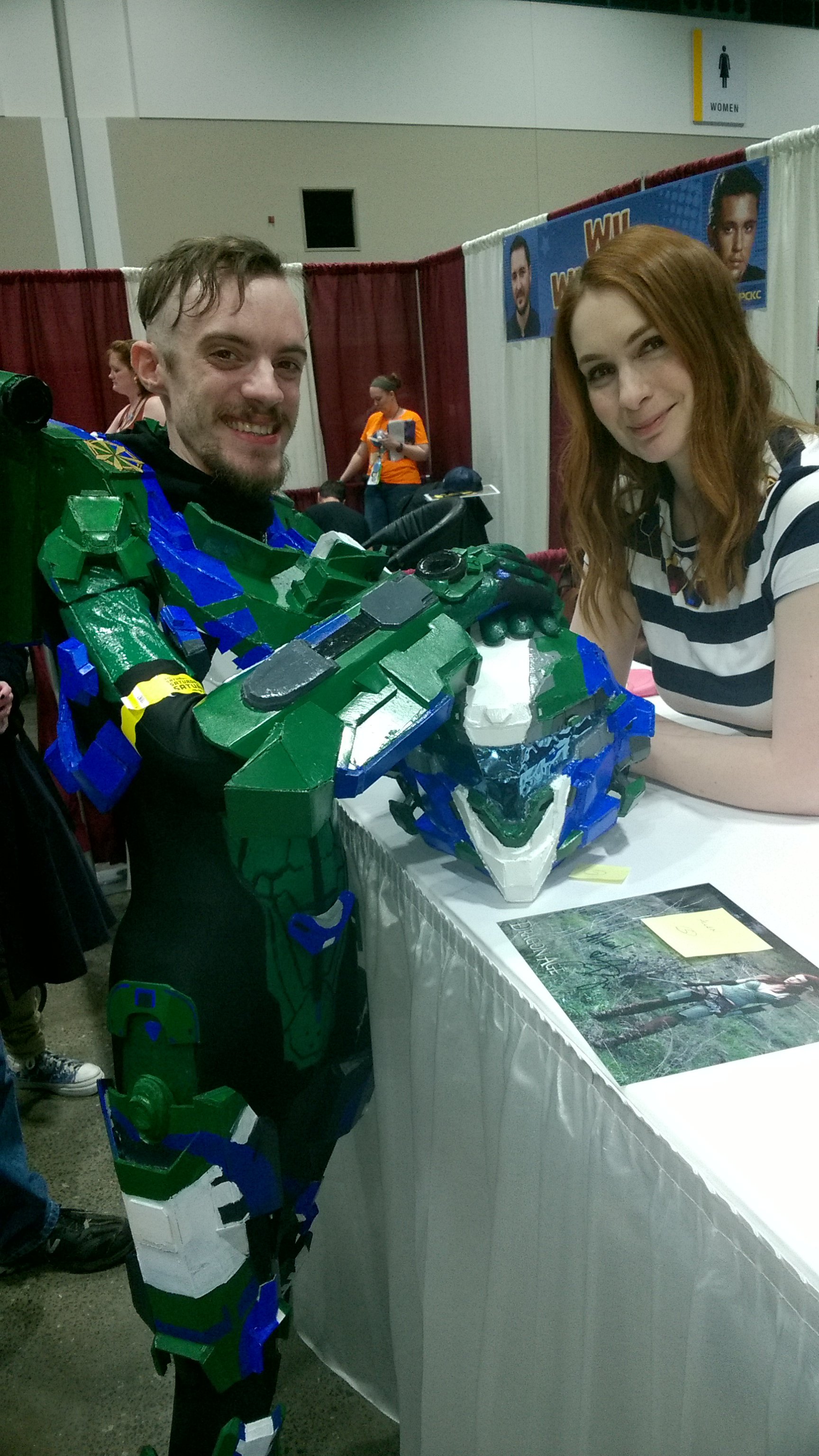 That's awesome man! I love it! If you added a few spikes, you'd look like something out of a mech series. It looks really good, especially for low budget and without a schematic. A few questions:
1: How much did it cost overall?
2: How long did it take to build?
3: How did you make the visor? hot glue and cutout shapes of plastic?
4: Does the Stampede(Nerf gun) still fire?