This thread is part of my 2021 resolution for cosplay and comes courtesy of the brain blast fueled by Angus314, Spiderboy196 and CplYapFlip through Discord. We were all just talking about how good the theming and colour palettes of Vocaloid characters is and I came across this idea for one of the lesser known voice bank characters but uses a lot of techniques I've practiced and worked with in a recent painting tutorial. 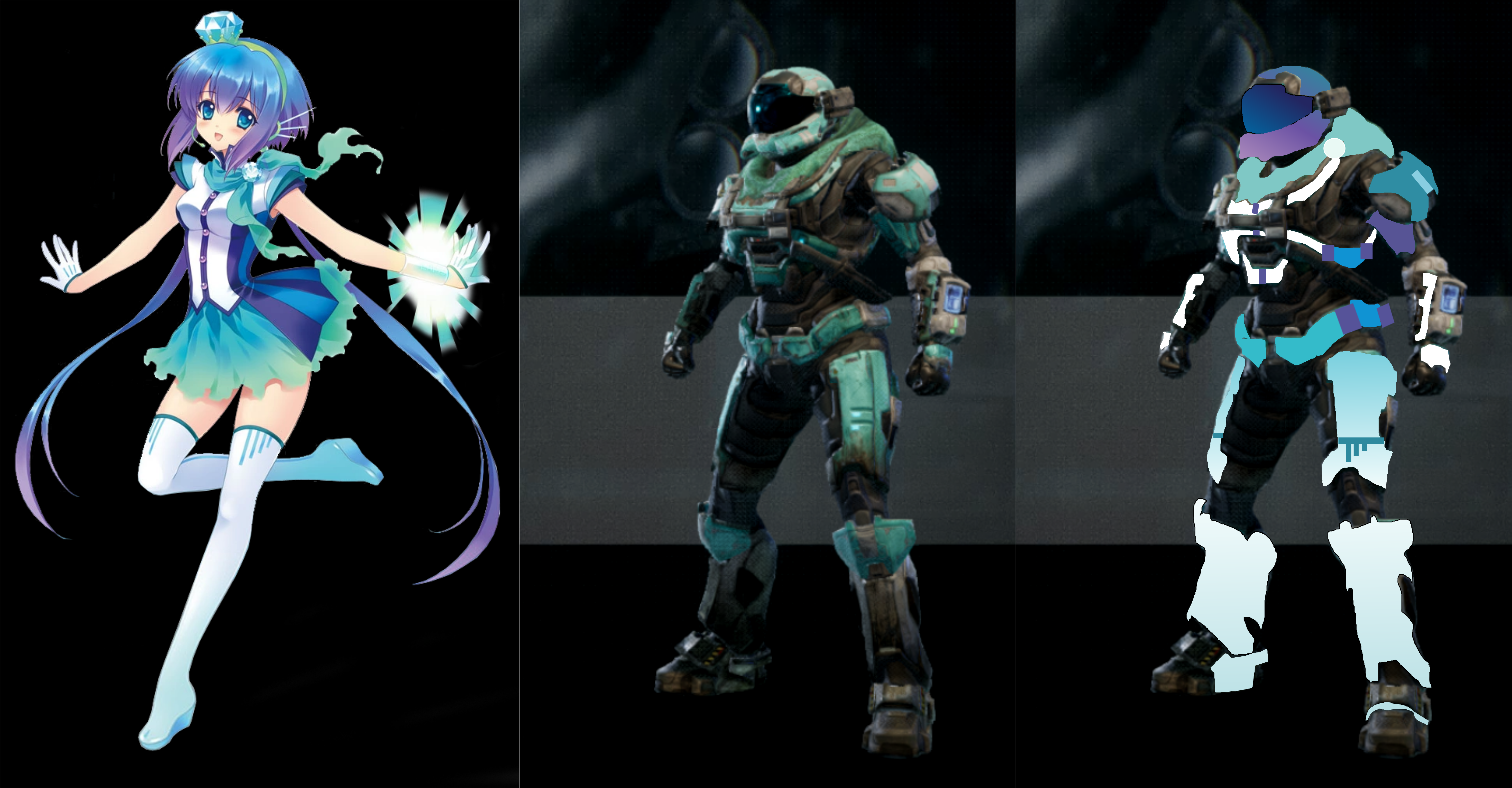 No I don't apologize for the quick blocking in of colour that looks like a five year old did it. Inkscape is something I'm trying to learn so I'm using this to play around and switch colour easily. Overall it'll be a lot of racing stripes on top of colour gradients with accents thrown in wherever possible. The most fun part is going to be the visor doing a multi tone dip dye to match either the gradient of her eyes (teal to deep blue) or follow loosely the bangs (purple to teal). All I can say is this is going to be a motivation build to improve on my SPARTAN-III building techniques while forcing myself to the fun part of paint.

I guess some of you are asking "what the heck is a Vocaloid". The short answer is weeb stuff. The long answer is basically a voice synth program that is used in music production and was really popular ten years ago and just kept updating with new voice banks. Aoki Lapis was part of the third wave of voice banks so you may not have seen her around as frequently as characters such as Hatsune Miku.

As usual I will use the original post as an index to link to other posts of note as well as a tracking sheet for progress and material consumption.

I'm lookin. I'm watchin' get ready for my miku build to go with it!!

Love is War my dude. We're ready for this.

Colonial Regiment
All the vocaloid builds. Can't wait to see them all!