Hey everyone! So this is my first build, and really it's just a practise for my eventual goal of building a full suit based on my Halo 5 MP Spartan. I wanted to start relatively simple, so I decided to build the CE Mjolnr MKV helmet (old game = fewer polygons right?!)

It turned out to be fairly reasonable, took about four days in total, and it's surprisingly strong considering it's just made of paper! There were a couple of parts that were annoying, namely the back where it has 'cliffhanger' edges, and attaching the visor just did not want to happen lol...

FYI I used the unfold from the Armory here if anyone else wants the files. I didn't adjust anything other than moving a couple things round on the 2D side to use fewer pages. 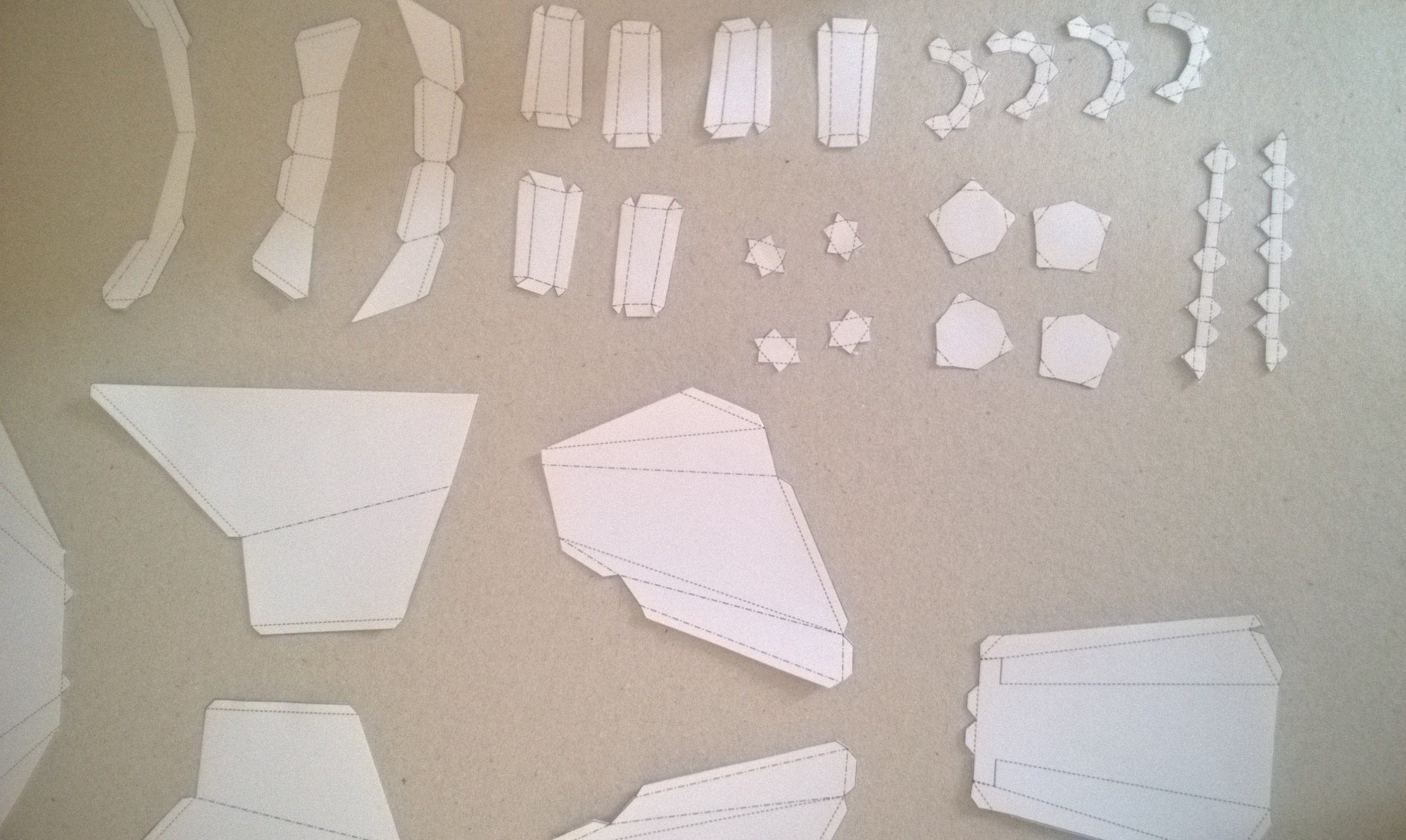 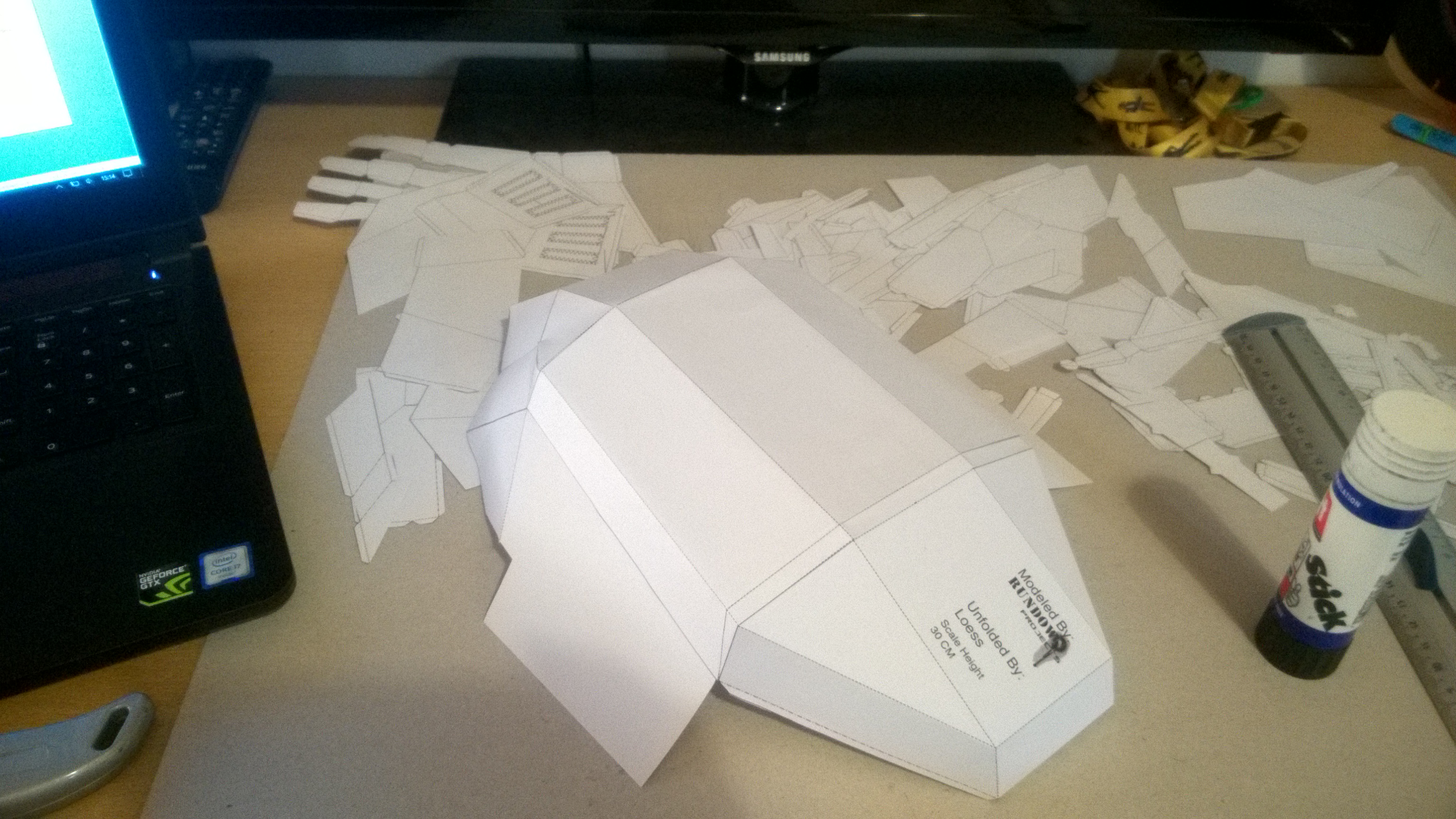 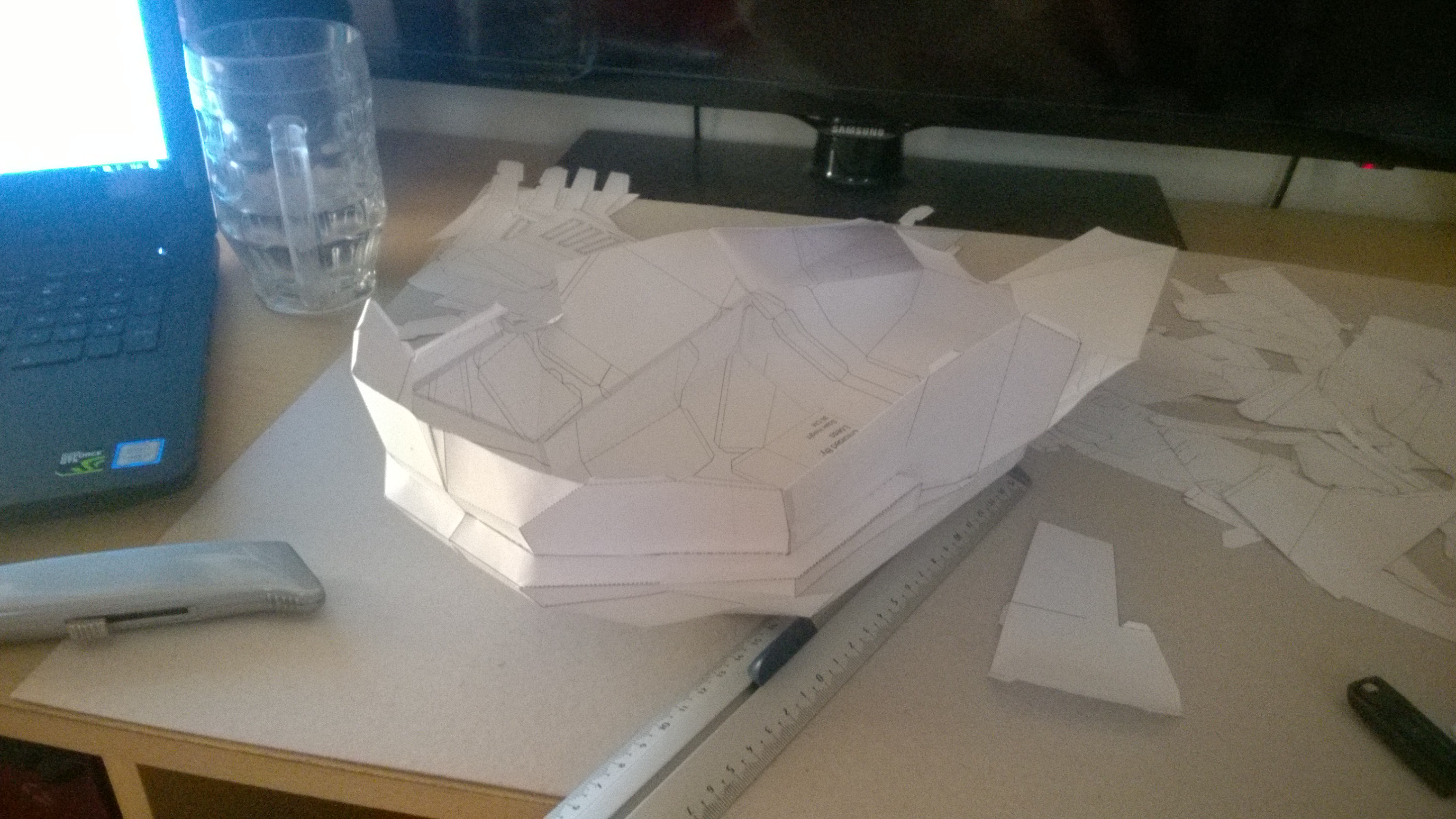 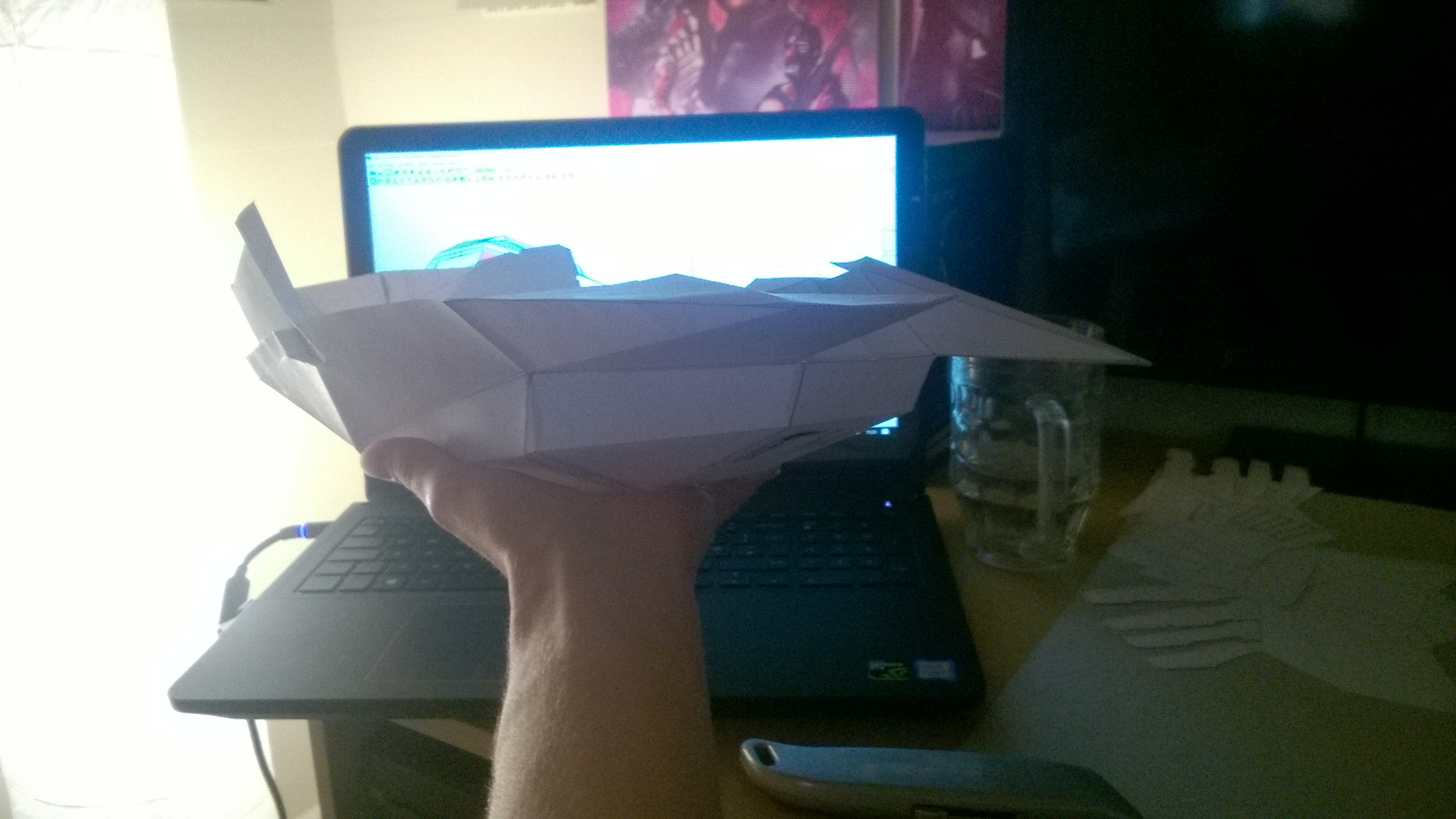 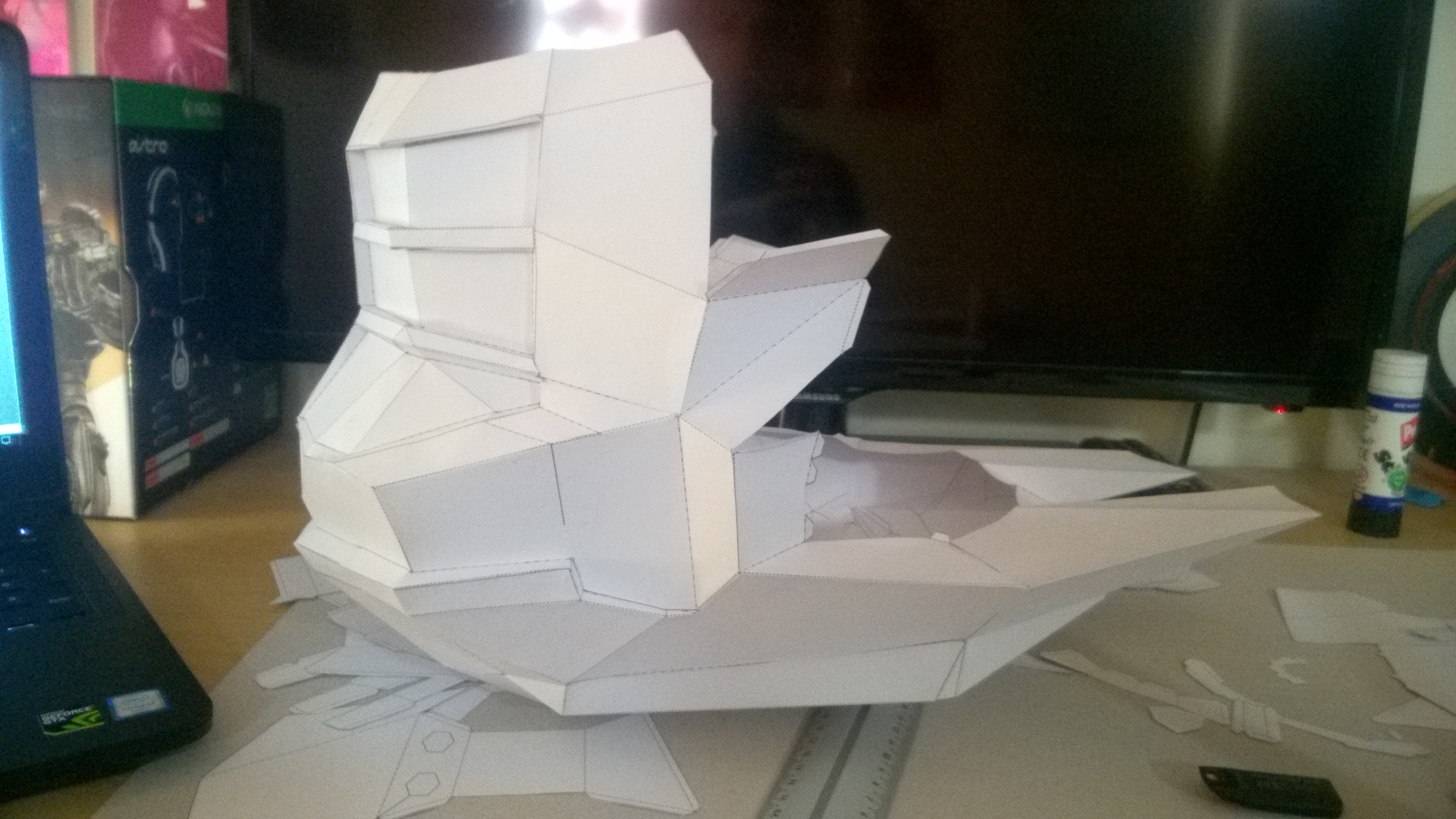 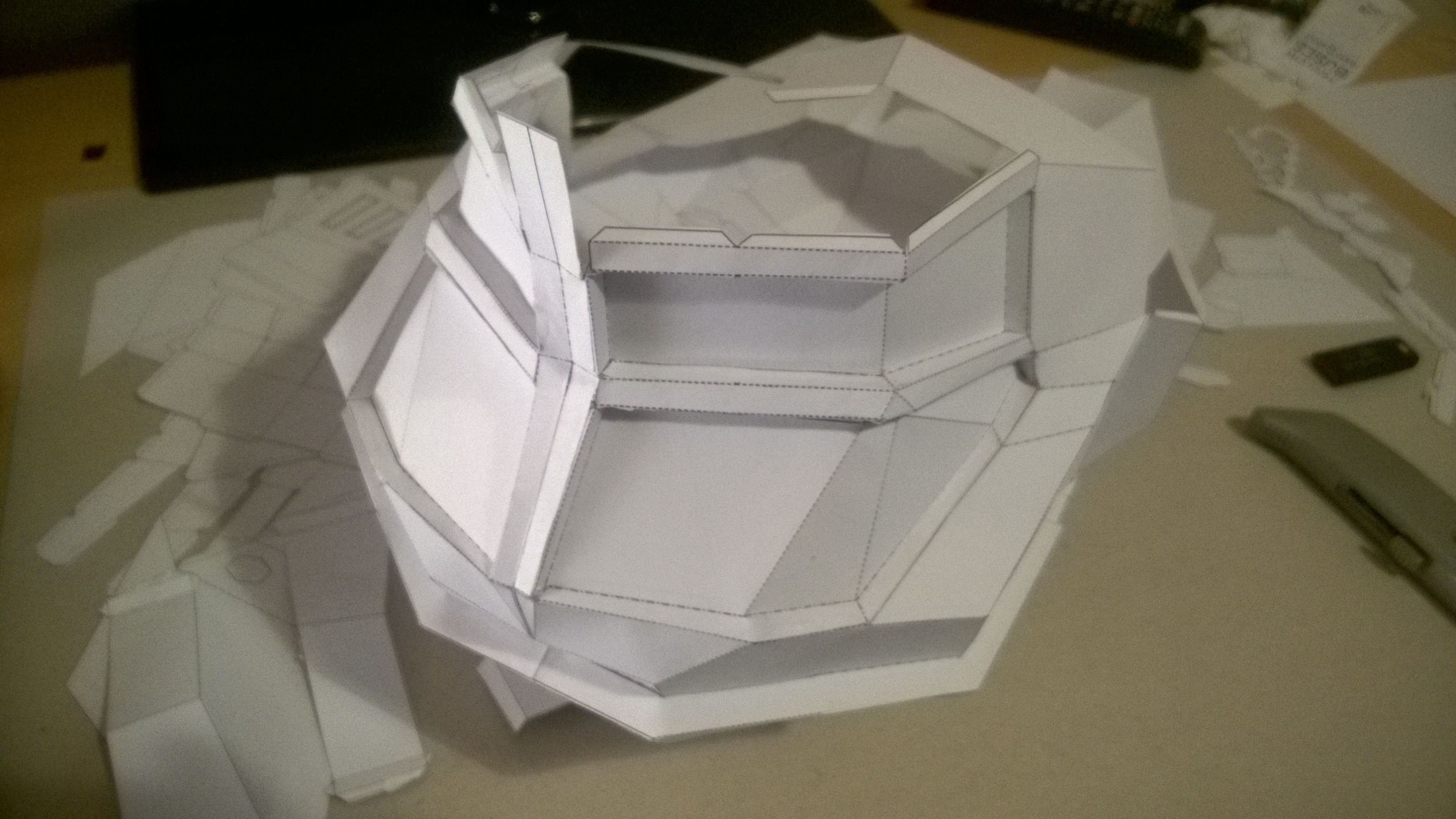 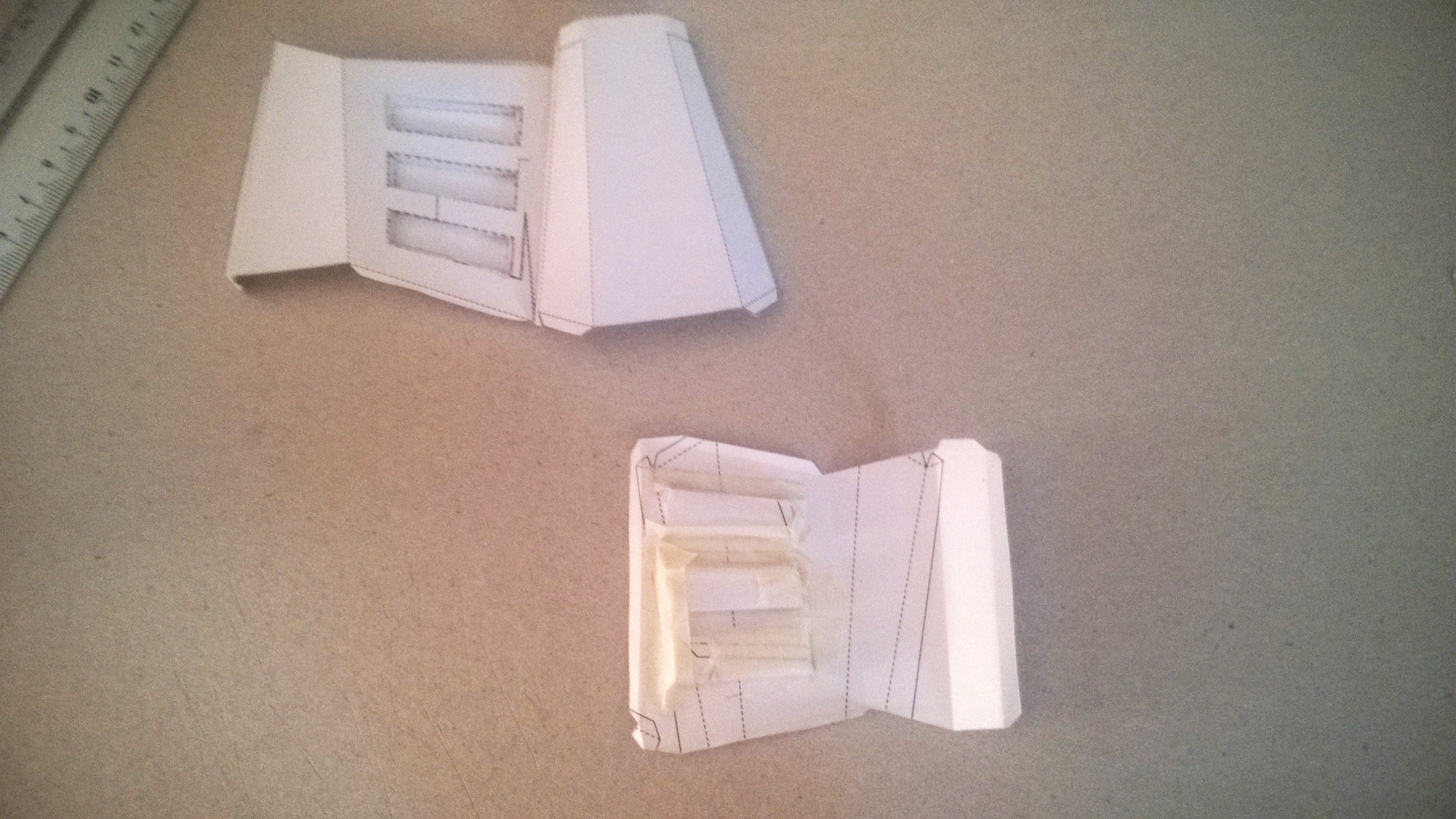 Had to do a bit of a bodge here because I accidentally cut the flaps off the first piece, thinking I wouldn't need them... 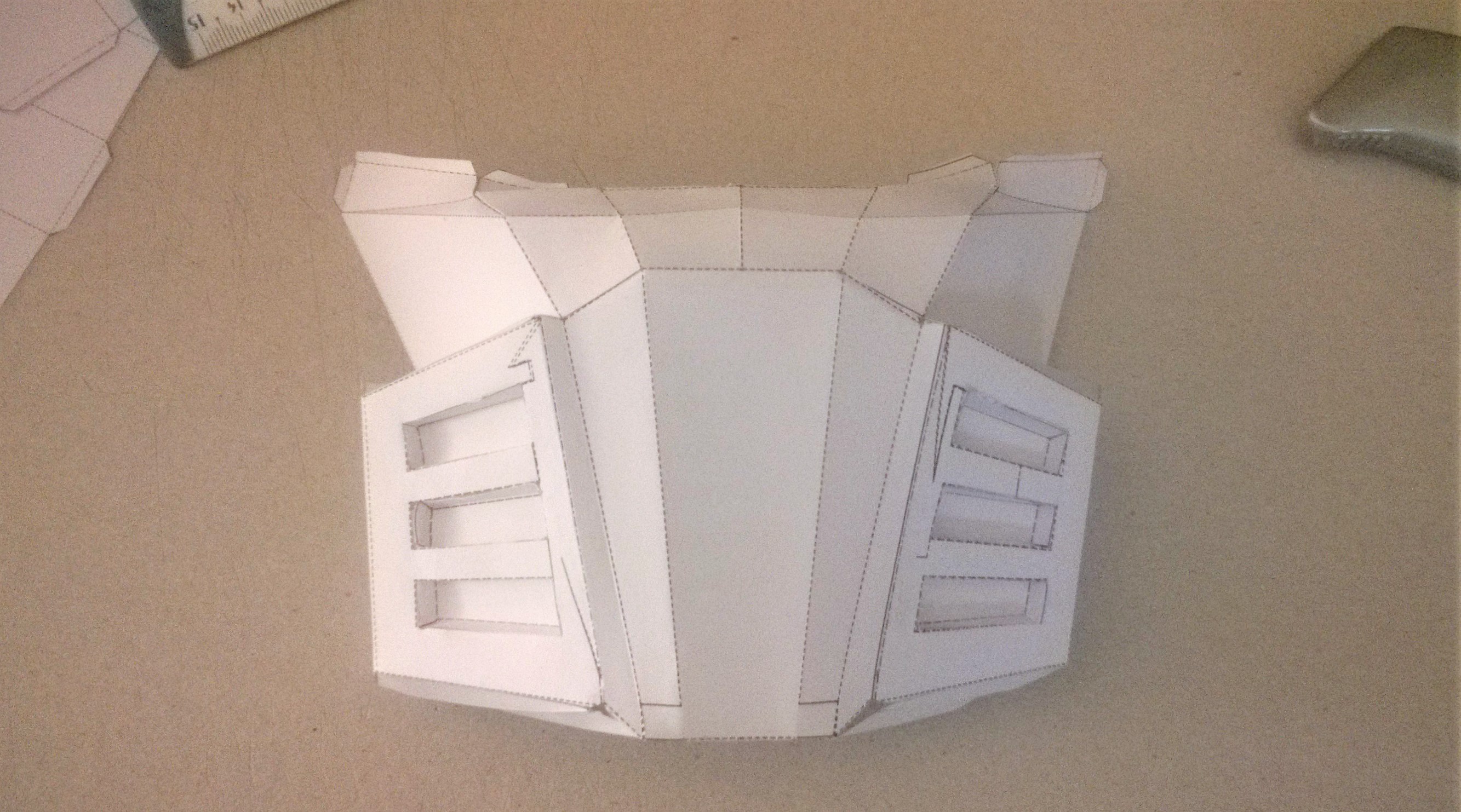 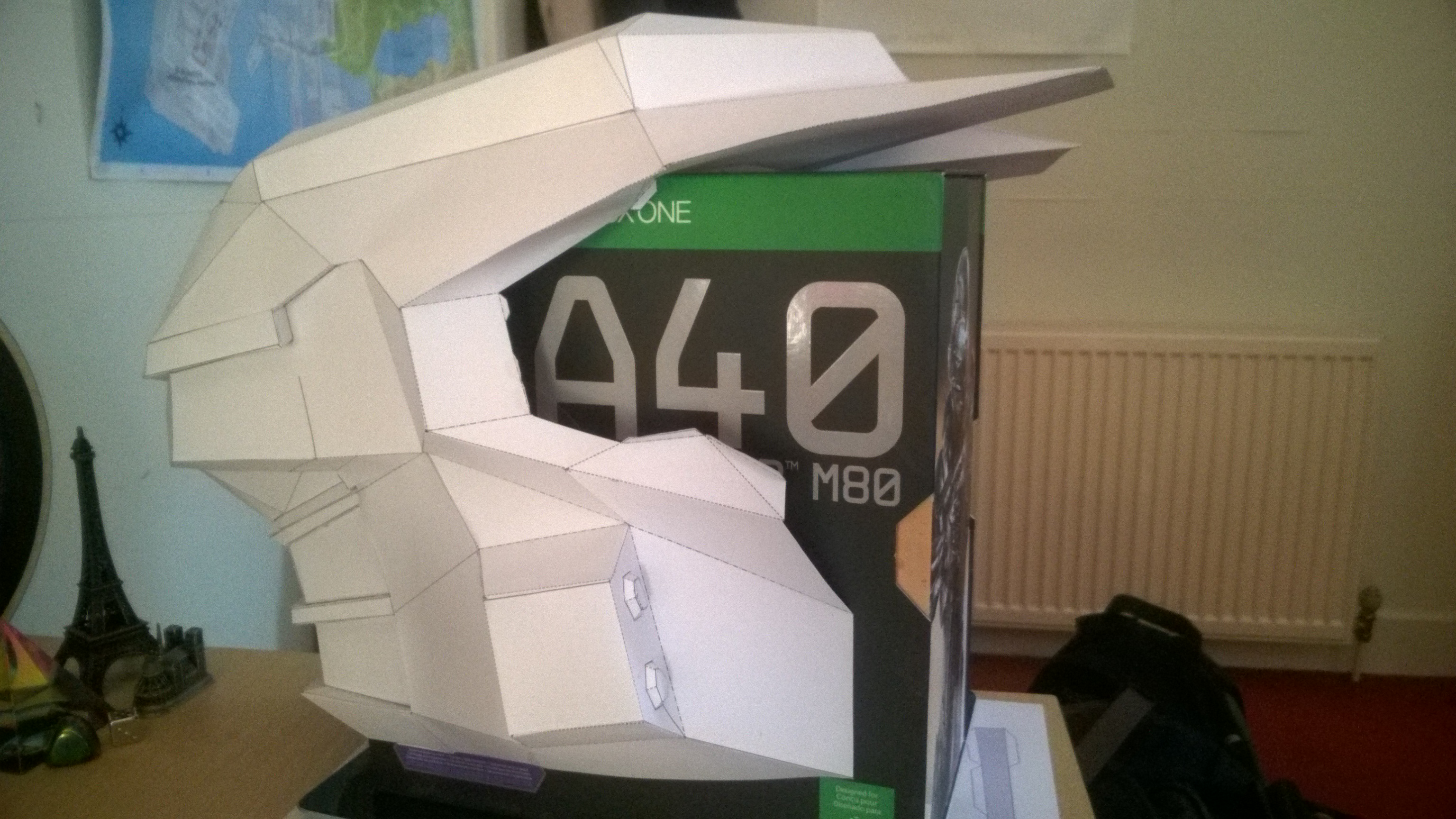 I chose not to bother with adding colour or paint etc because I just wanted to get the hang of crafting with paper in 3D. One step at a time! Next I think I will get some foam and do some practise pieces, like a shoulder pad or something.

I'll add some more photos of the completed helmet soon, I had to leave my uni home in a hurry and I was too busy wearing it when I completed to take any photos

I was trying to find out how to embed tweets but I can't work it out, so here's just a link to a short video of me wearing it
James Lyle on Twitter

As promised!
(Forgive the slightly crap quality, my phone isn't the best, and bad lighting etc etc. It's just a paper model, who cares 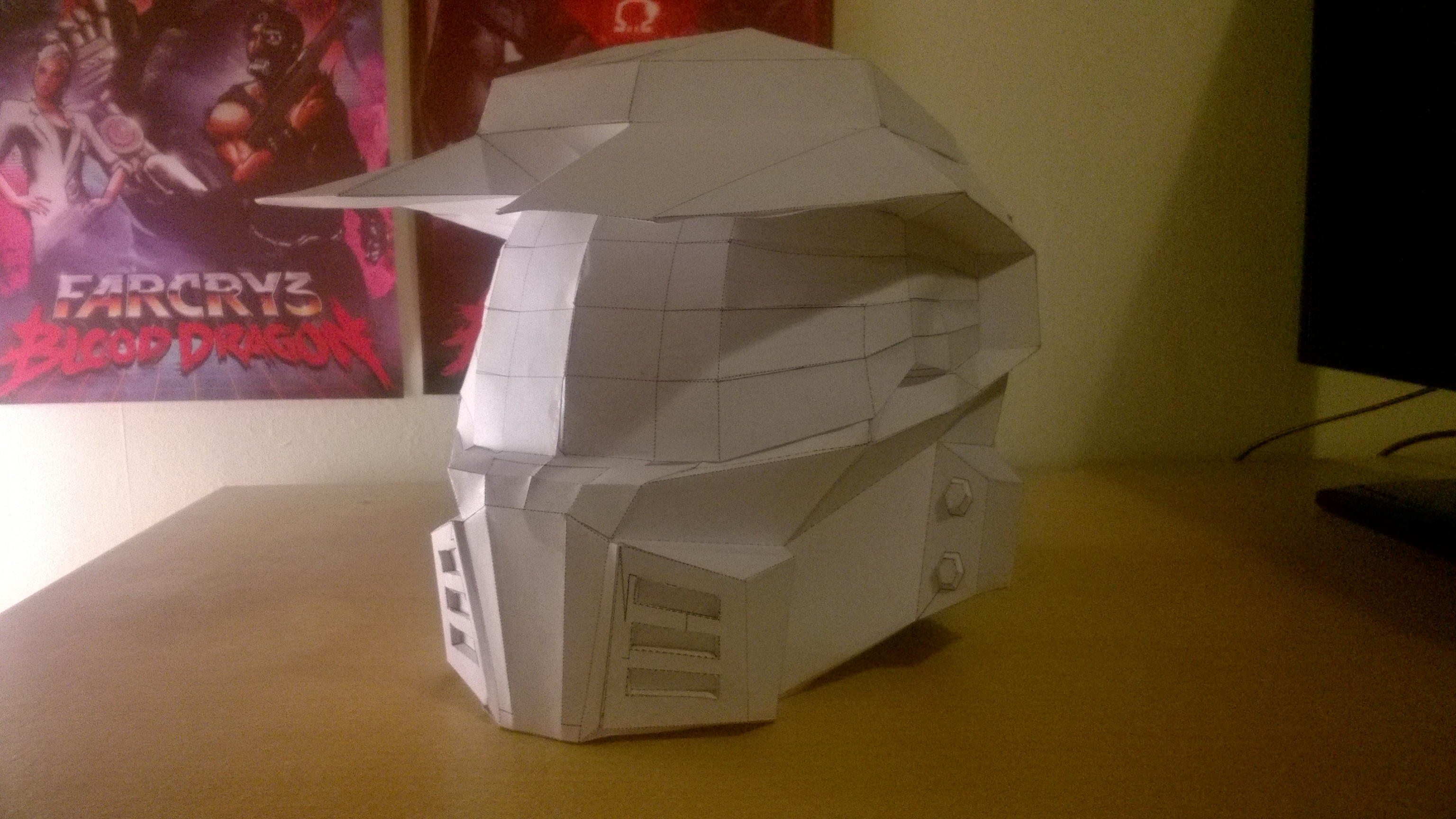 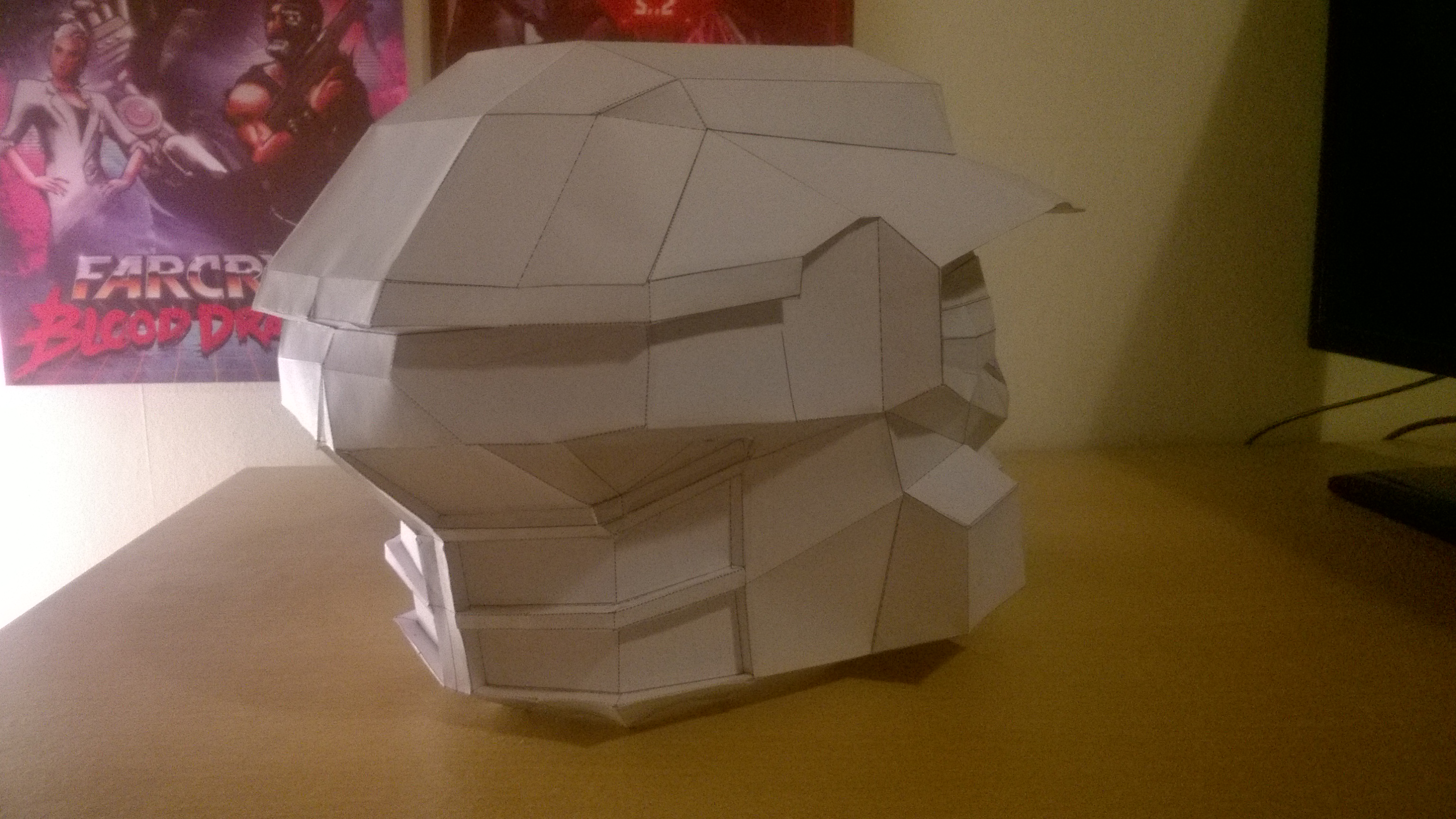 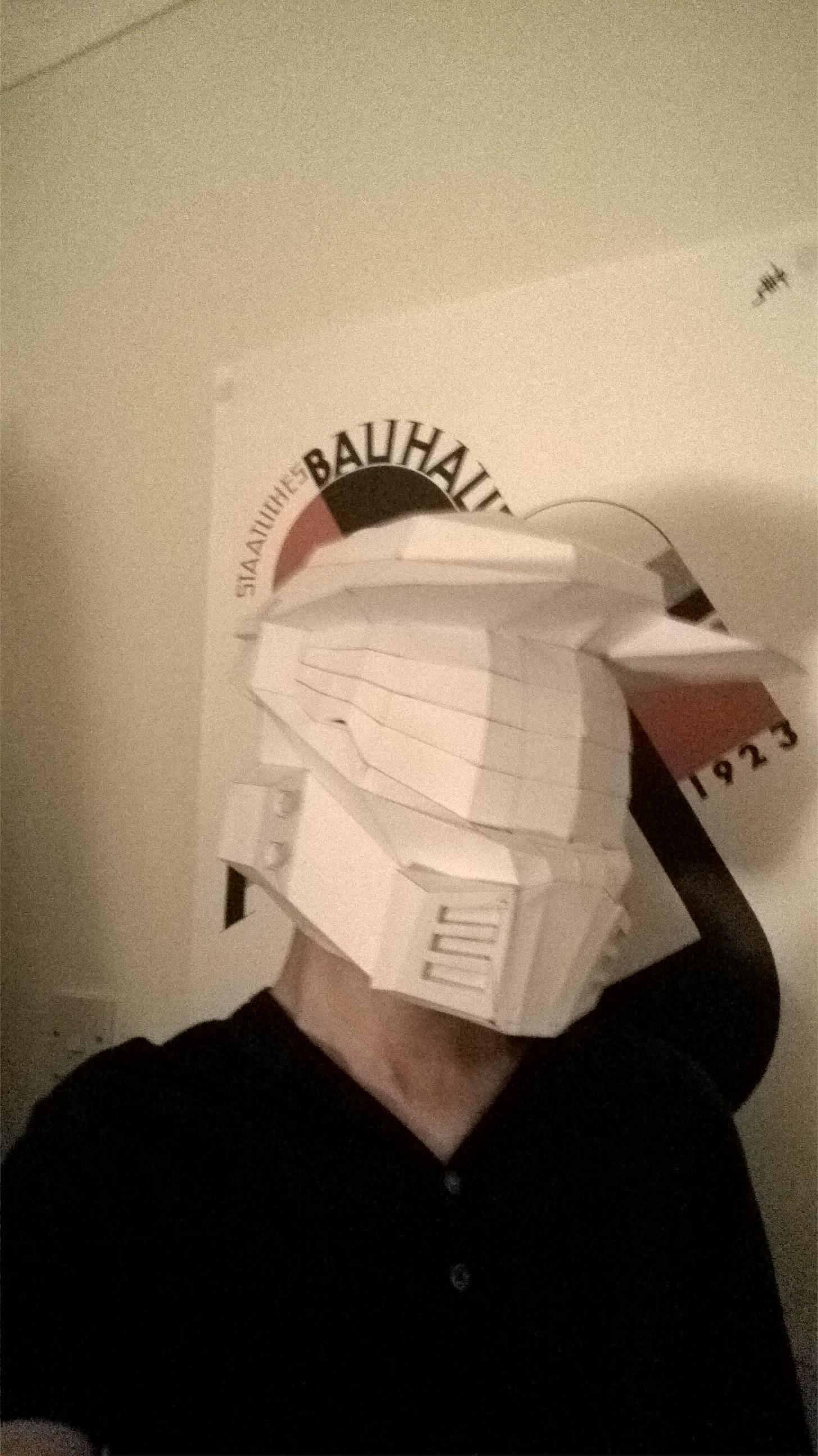 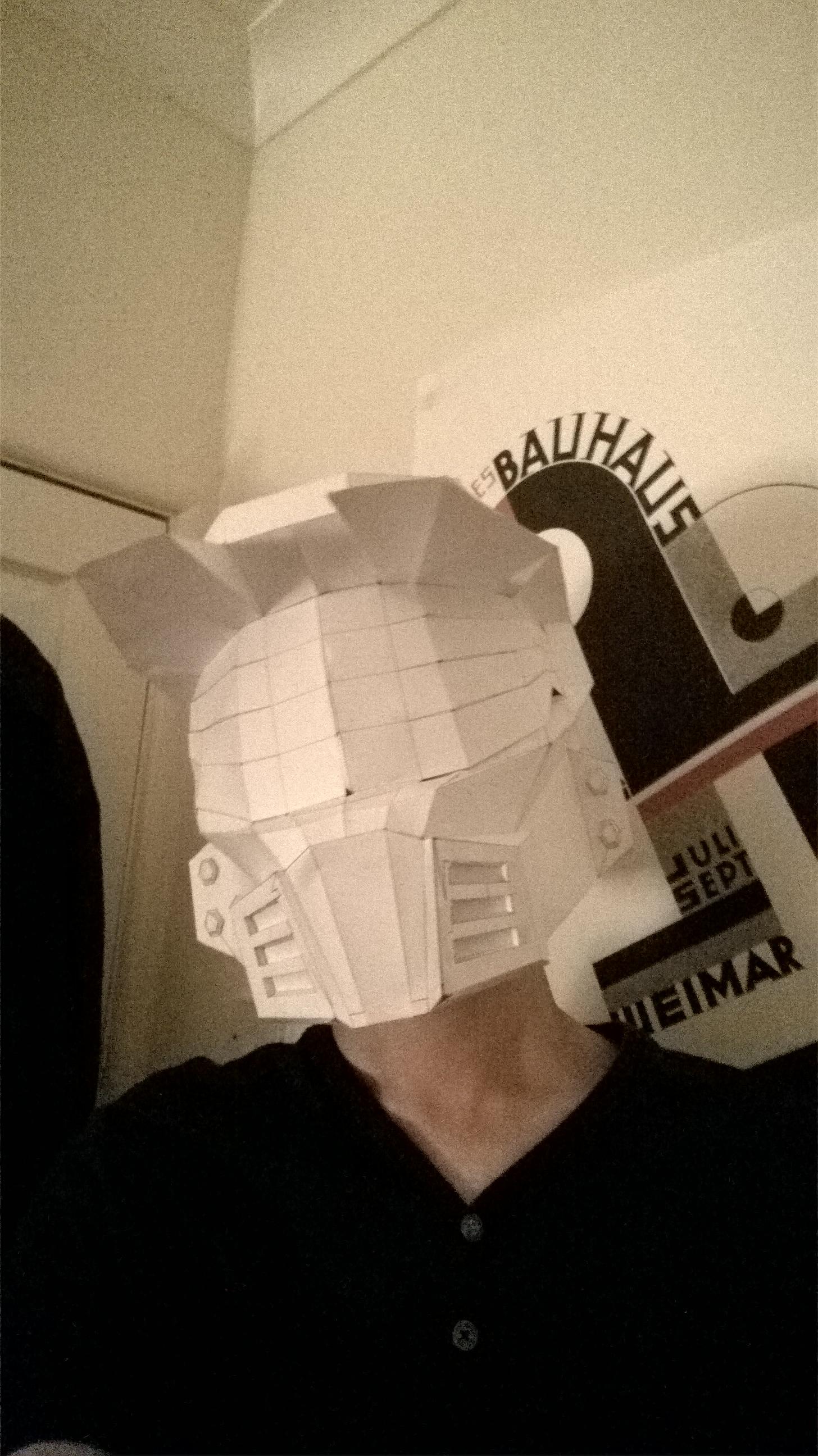 Division Staff
Colonial Regiment
Community Staff
Dude, nicely done. For your first time out with pep, it came out pretty good. I say keep this helmet and when you are ready for the next step, use it as a test piece. Let it come out like garbage but gain experience in building. I would suggest doing a knee over a shoulder though.

Dirtdives said:
Dude, nicely done. For your first time out with pep, it came out pretty good. I say keep this helmet and when you are ready for the next step, use it as a test piece. Let it come out like garbage but gain experience in building. I would suggest doing a knee over a shoulder though.
Click to expand...

Thanks so much!
Yeah I will hold on to it to use as practise for converting a helmet to foam. A knee you say? Makes sense, I suppose knees are smaller and less complex than shoulder pads haha.

Division Staff
Colonial Regiment
Community Staff
Oh you are using this to practice foam conversion..........that is a pep of a different color. And different techniques are required. Well there are foam files in the archives w/o having to create a pep version first.

Pacific Regiment
Washington
But dissecting a pep file is a really good method for creating your own foam templates. It works way better than creating your own pep files for foam. I've done ot before and got some super clean foam builds out of it. Looks nice, Nemesis96!

European Regiment
For a first time pep this is awesome.

K
My first Project in 2020... Making a Sangheili Elite