Now that I'm all graduated and attempting to find gainful employment as a propmaker/mechanical engineer, I've had a LOT of free time. Mercifully ASU still lets me use their equipment, which has allowed me to get back to work on Cherno and Gipsy.

Early in the year I fixed Cherno's rig, and Hailee's dad fixed the stilts by sacrificing mobility for sturdiness, but the end result is more comfortable if just as fast. So with that done it's on to fixing the smaller bugs and actually completing the hands!

With how fast I had to move out of my previous dorm I did some quick cuts to get the pulls I made a year ago out: 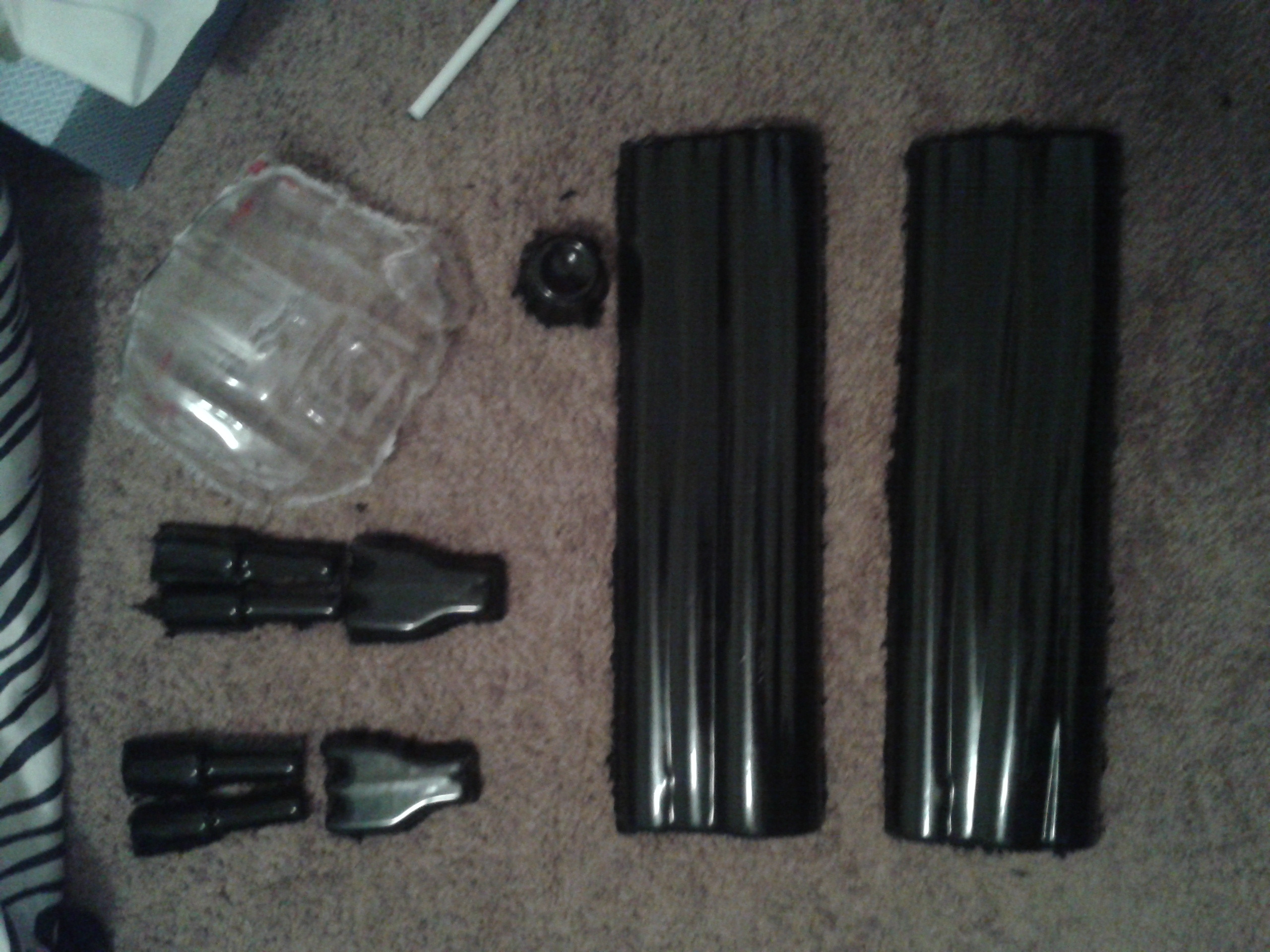 Which means I now have the superstructure ready for both the sliding mechanism in Cherno's fists and the internals for Gipsy's hands. I did some 3d printer work under a professor over the last semester, which means I may be able to complete printing out the rest of the fingers for far cheaper than originally anticipated rather than casting them, but that remains to be seen.

Most promising is the new laser cutter that the school's purchased. With it I'll hopefully be able to cut out a series of cross pieces like those used to make the hulls of old wooden ships in order to assemble the hands for gipsy and cherno and make them more sturdy.

Most of the past six months has been spent testing my various plans on more expendable projects, so now that I've found what I can make work and what I can't I'll be pressing on with finishing up all the details I can so I can get it to San Diego Comicon

Unfortunately the lab is only open weekdays so I didn't get much done over the weekend, but I caught right back up this week.

I got some of the pieces laser cut and glued into the hands in preparation for attaching the fingers, but most notably I spent yesterday laser cutting a buttload of fingers out of acrylic 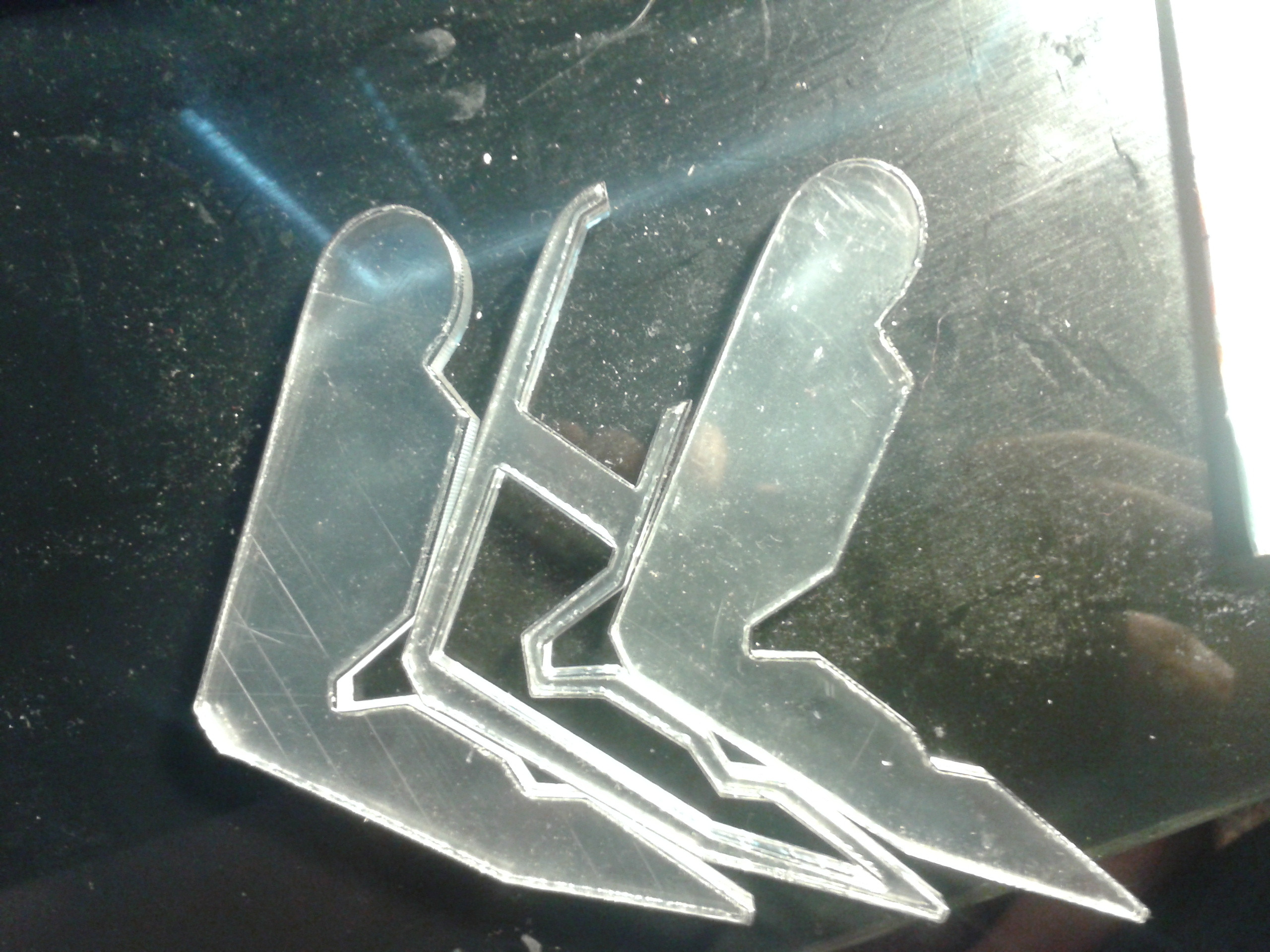 The plan is to glue these template together and then glue on the armor plates for the knuckles as a cheaper alternative to getting them 3d printed, and so far it's working: 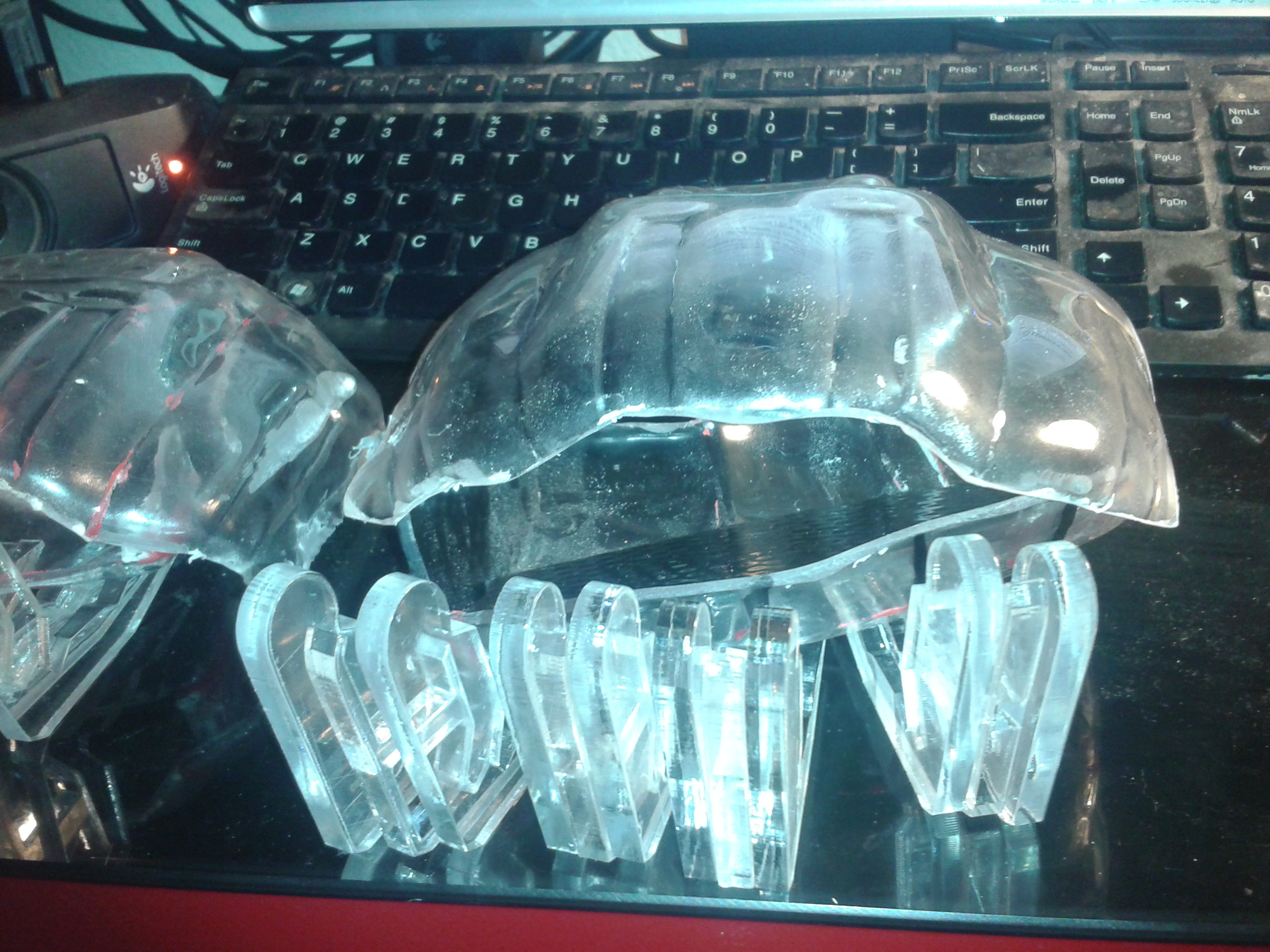 I cut enough fingers for both hands, now I just need the thumbs and to find some acrylic adhesive of some kind. Which, if any of you know a place near mesa/gilbert that sells acrylic glues of any kind I'd love to know so I can get it now rather than waiting...

Well this has been an eventful week. I lost a couple days due to people using the equipment and waiting on my acrylic glue but it's finally here and I got to work it into the fingers. Plus I got the wrist cylinders cut and am almost ready to glue everything together (just need a few more pieces I plan on cutting on wednesday) 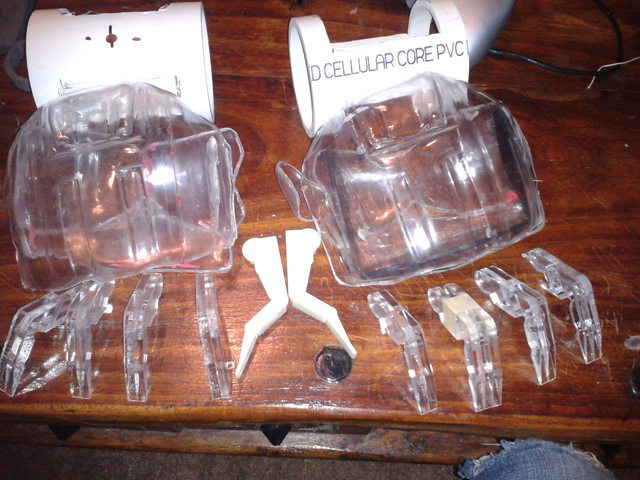 In addition, I spent today getting my hands on the labs' new enormous laser cutter. It's still getting calibrated a bit as far as translating program formats to allow people to draw and then have the laser cut so it took a couple tries but I got this: 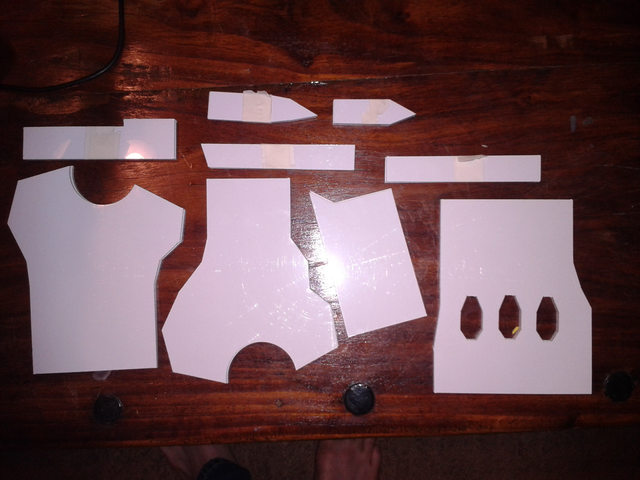 Handed components for every part of the main fist assembly to go over the sliding pistons. In the event that the fists are too short the plan is to use some extenders to make up for some of the missing greeblies from the piston assemblies (so there will be lots of moving stuff whenever she extends her fists)

I also got the elbow assemblies done: 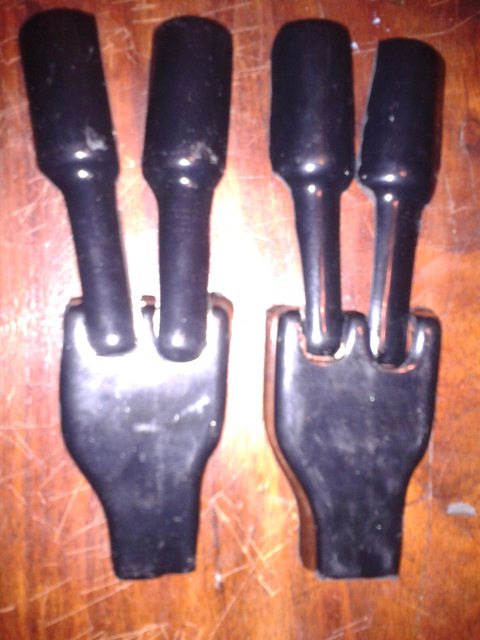 Meaning now they just need to be installed into the arms to give a sturdier movement system.

The beatings will continue until moral improves...

So now that I've got most everything printed/lasered, the job comes of gluing it all together: 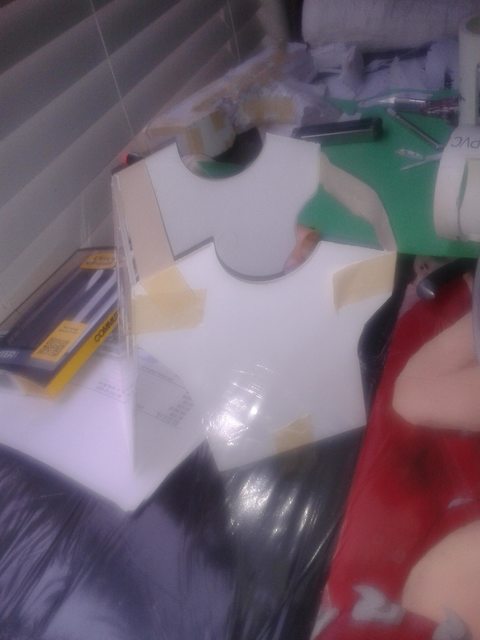 Cherno's fist is currently setting its initial position before I heat gun the rest to shape to fit it to the edges (that'll be fun...) 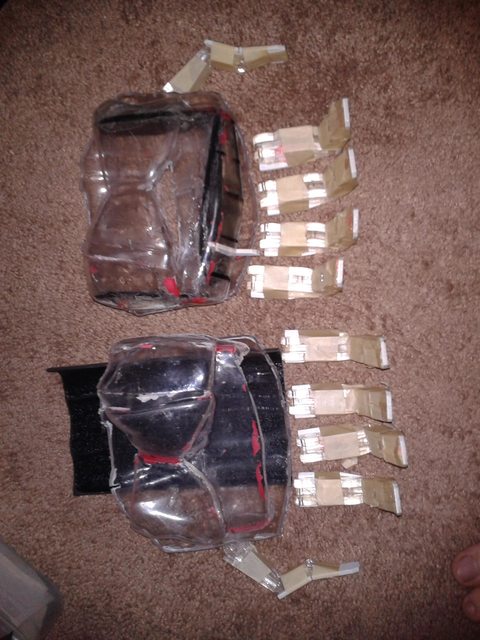 The finger plates are also setting at the moment 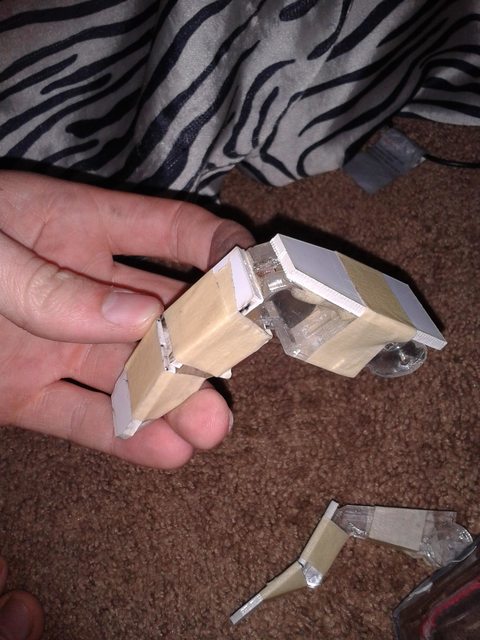 And once those are set I'm gonna attach the rest of these: 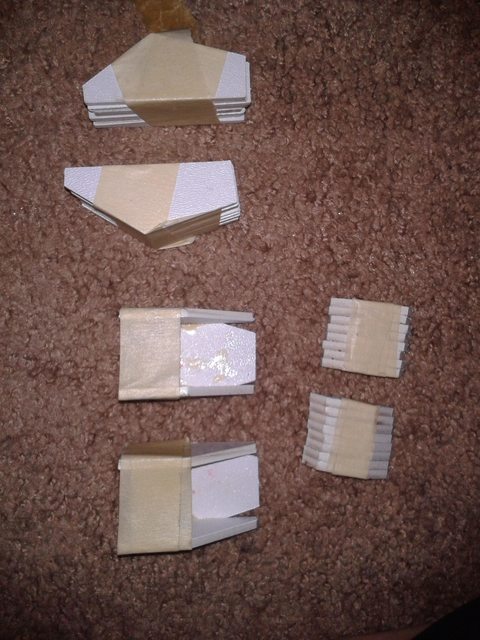 Ran into a minor problem with spacing, so instead of all the joints on the inside with the spring I'm gonna go with a bracket based exterior joint on each side for the fingers and the spring in the middle. This will also give a stronger bond which will be really helpful as far as preventing the fingers breaking at an inopportune moment goes.

Whelp things have been a'movin right along. Got amazing arizona coming up this weekend and three suits technically on my plate to complete by then...so not everything's getting done. Atm I'm workin' on a Spartan for Hailee, testing out laser cutting foam as a cost cutting measure for suit making (spoiler alert, it cut my labor costs in half), so it's limited my ability to work on the other two. However I've still made progress: 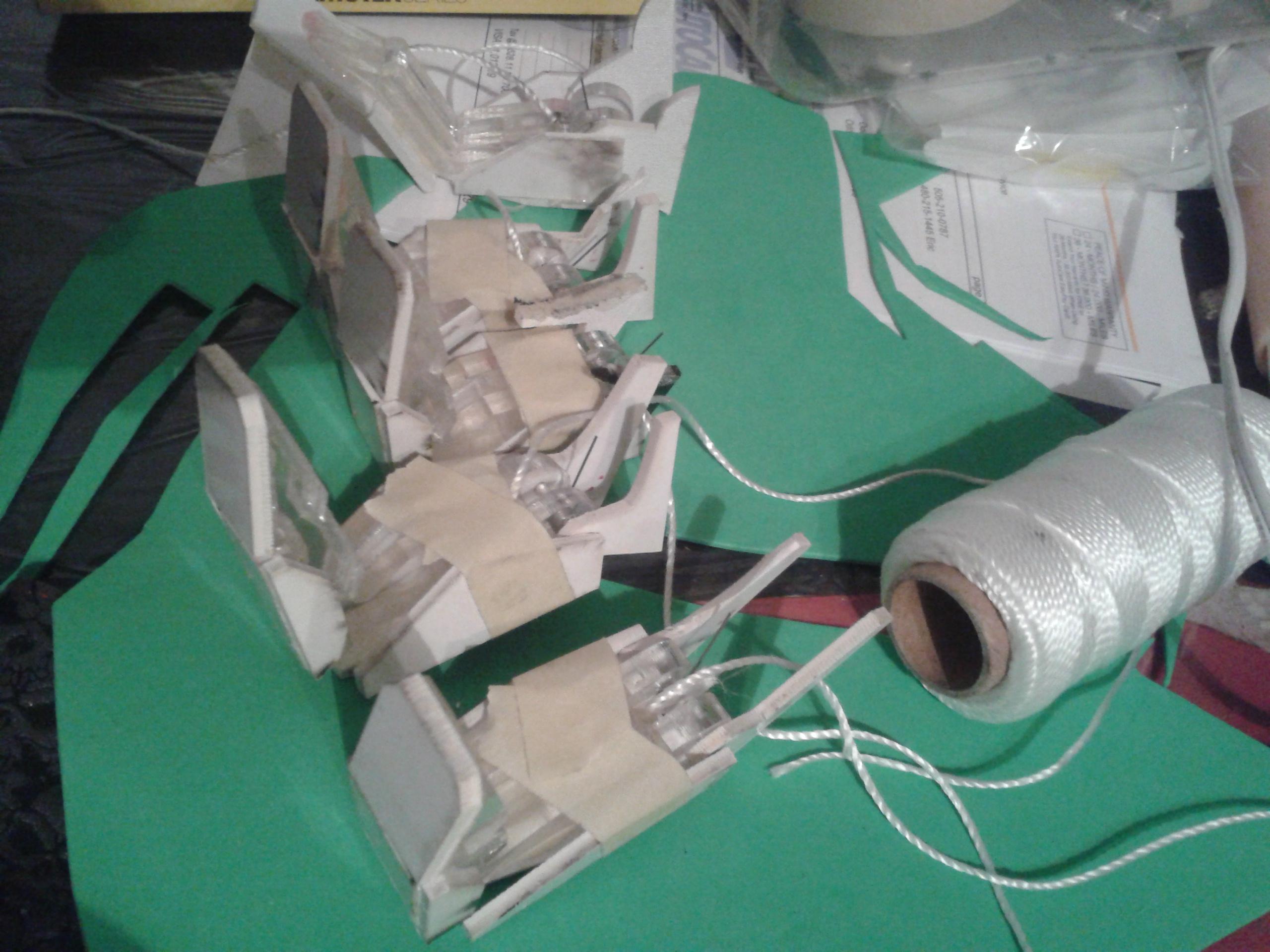 So those should be ready to attach to the hand by tomorrow, and then Gipsy's hand is basically done.

The frame and finger arrays for Cherno are glued too: 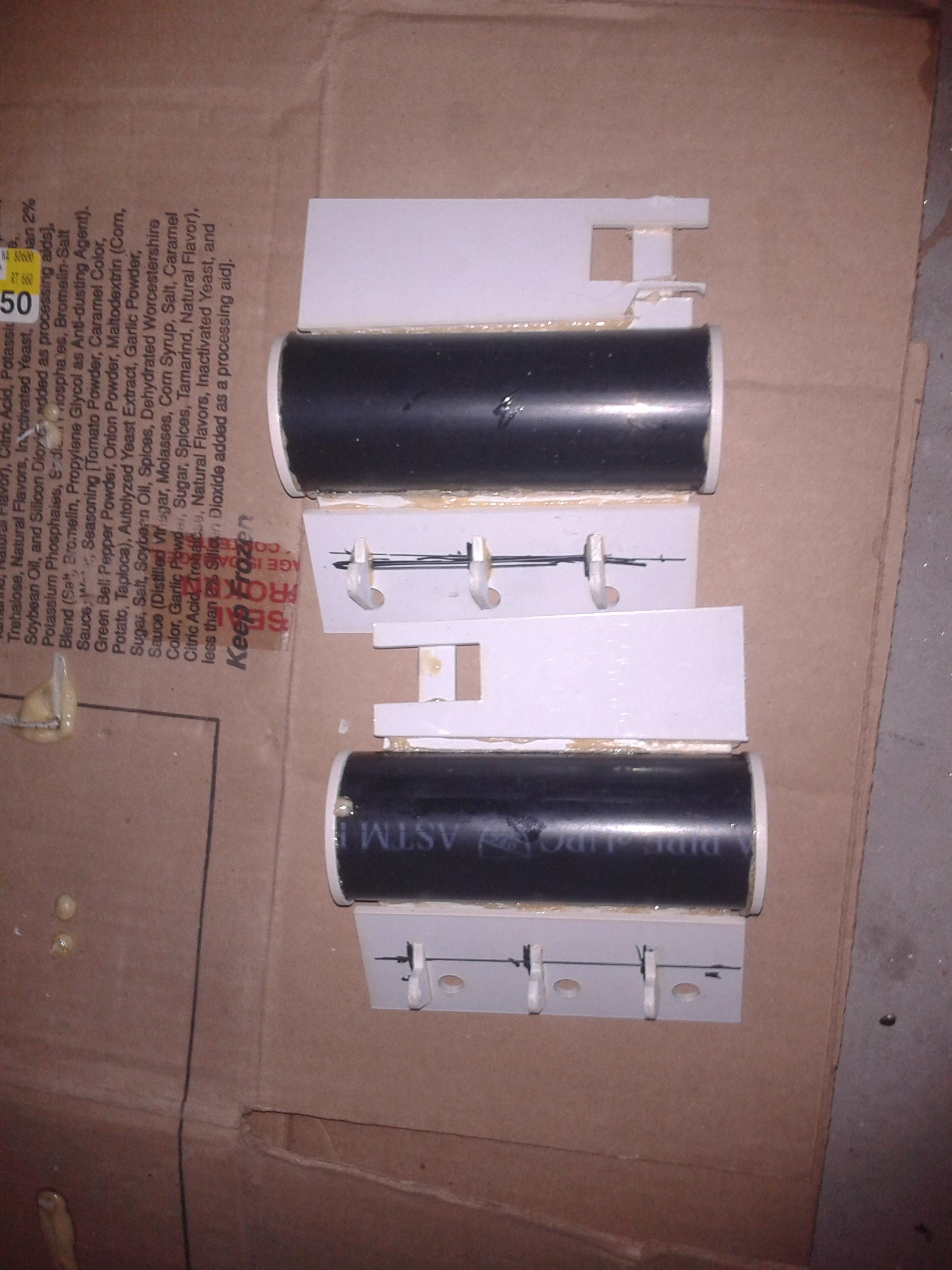 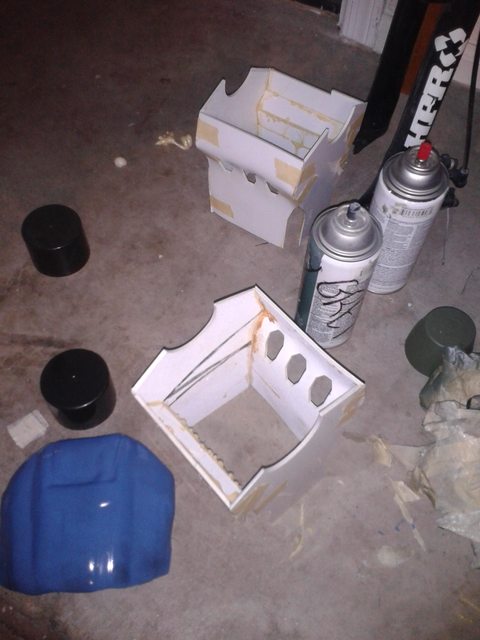 So from here I just need to laser and assemble the parts for Cherno's forearm and then everything's ready to be assembled and painted there too. With any luck I'll be right on track to have both cherno's hands, gipsy's left hand, and Hailee's spartan all ready for comicon (and maybe somehwere in there vacuum form my robot hand as well...)

Whew boy it's been a crazy ****** week. Amazing Arizona was this past weekend but due to basically everything going wrong (coupled with how far away I live now...) I only went saturday in my Spartan. Still the suit came out pretty kewl.

The vacuum former's still offline on campus so I couldn't get it to vacuum form our visors. Instead I laser cut them and heat gunned them to shape.

And I haven't stopped working on Gipsy. The left hand is largely assembled and now I have all the fingers I need, so I just need to buy some more rod and then Cherno's fingers fists will be ready for final assembly