I bought a PVC check valve from a local hardware store for the basic dome shape.
I'm actually very pleased with the way it looks and the size. It's perfect!
I cut a part of the top off and sanded down some of a lip that went around the middle of the valve. 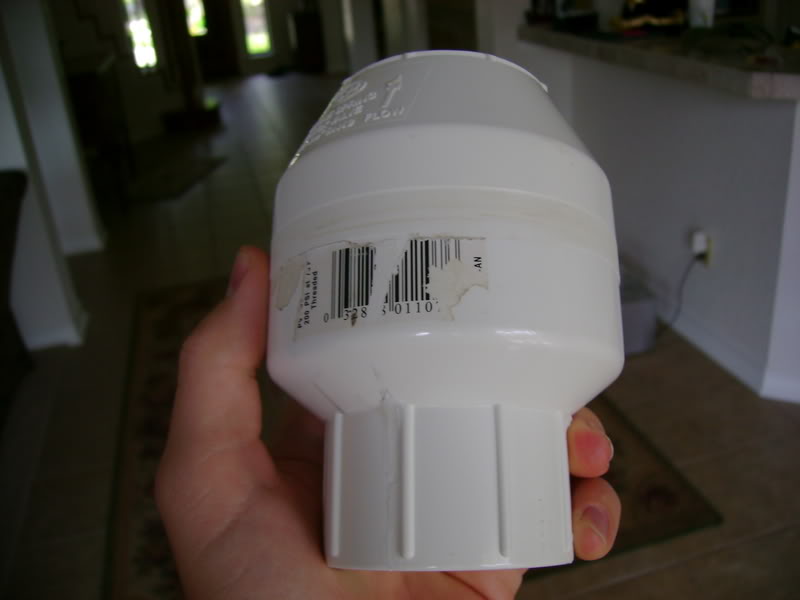 Then I wipped out the ol' dremel and sanded down the line-things on the bottom part, sanded down some lettering on the top part, and sanded a bit more on the outer ring. 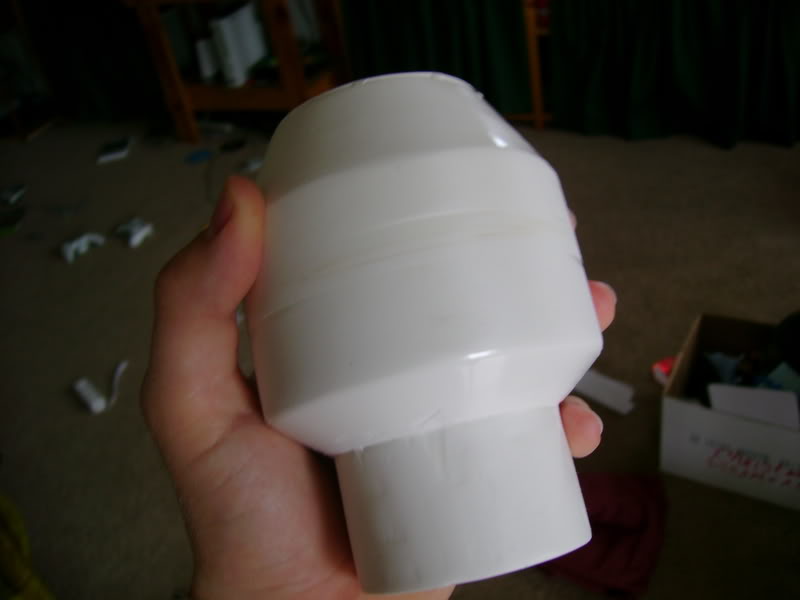 Notice the perfect shape and size compared to the reference picture a the top.

Somehow, I menaged to completely gut the check valve, so now it's cmpletely hollow on the inside (that's a good thing). 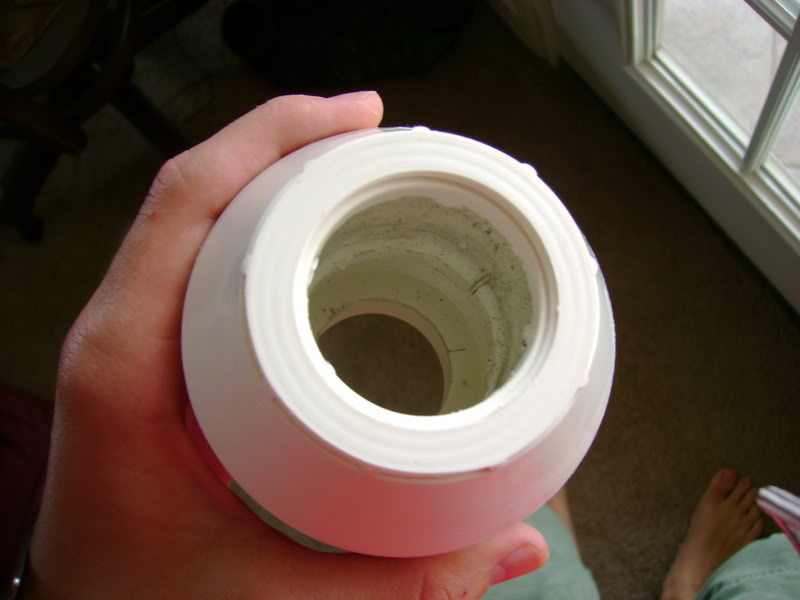 Then I rigged myself a little device with more PVC scraps for the middle portion of the bubble shield. 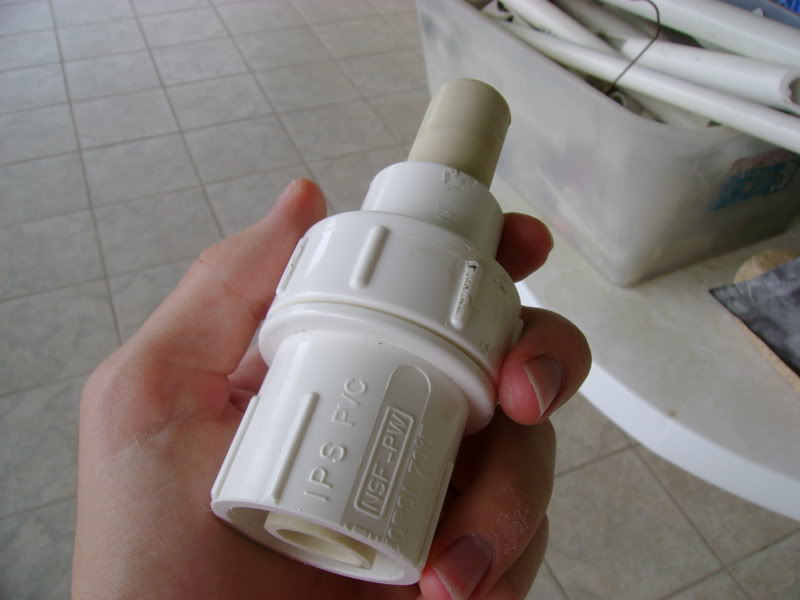 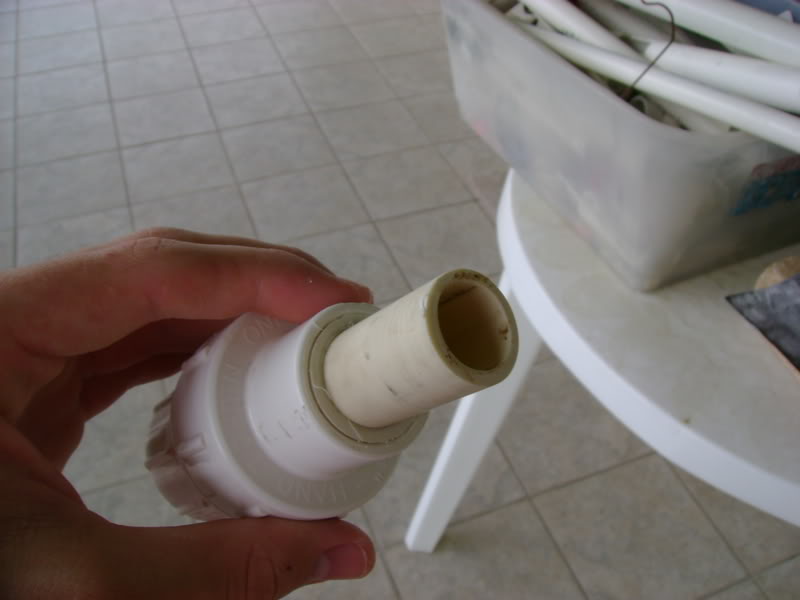 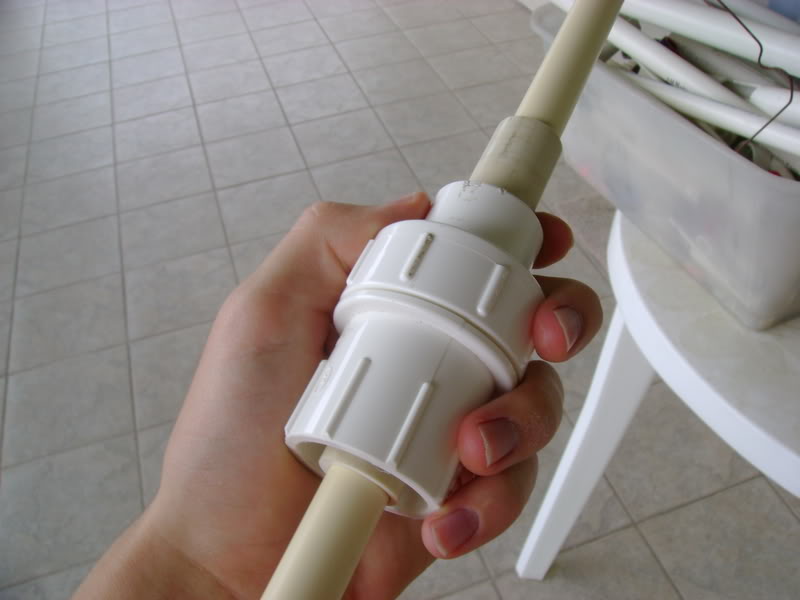 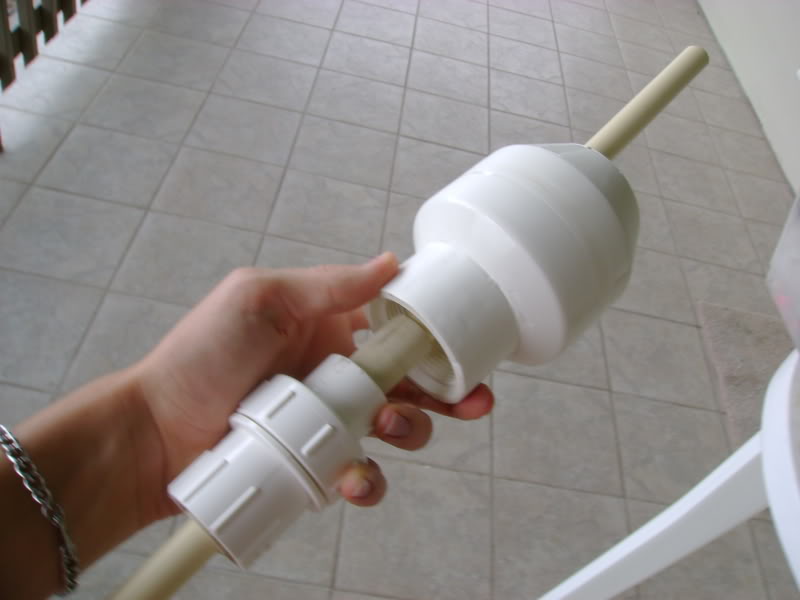 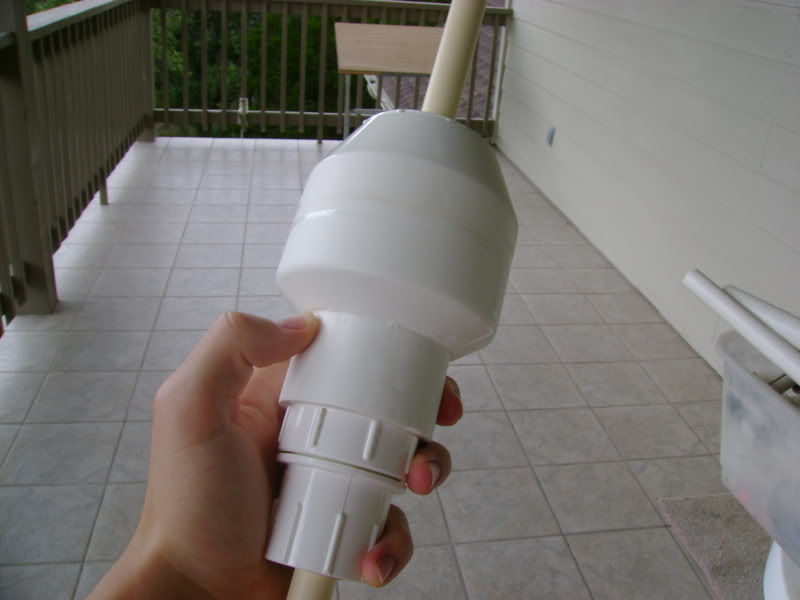 The CPVC rod is part of the design and will be explained later as more progress ensues.

so what happened to the shield being a nerf ball? cant wait to see it complete

Southern Regiment
looks good, i think the bubble shield is a bit bigger but its a game so keep on building
M

That looks pretty damn sweet right there =]
So, what? Did you just pass by this in the store and think: "hmm, that would work out perfectly as the basis of a bubble shield"?

link4044 said:
i love pre-made parts for props that in a store
Click to expand...

If you could get it to light up with some LEDs and such... hmmmm
Keep it up, looks great :mrgreen: :mrgreen:
J

link4044 said:
i love pre-made parts for props that in a store
Click to expand...


Maybe we should start a thread with all the parts in stores we could use. Could save everyone a few bucks...

So far it's looking sexy.

Colonial Regiment
Looks very good to start, and widely available... Plus, I think it'ss look better in scale when it's all together.

Little bit of an update.


I had gone over to my Granddad's house to work some in his shop. I wasn't able to spend as much time as I would have liked since I had to drive back home for dinner. Mmmm...grilled shrimp. :dee: 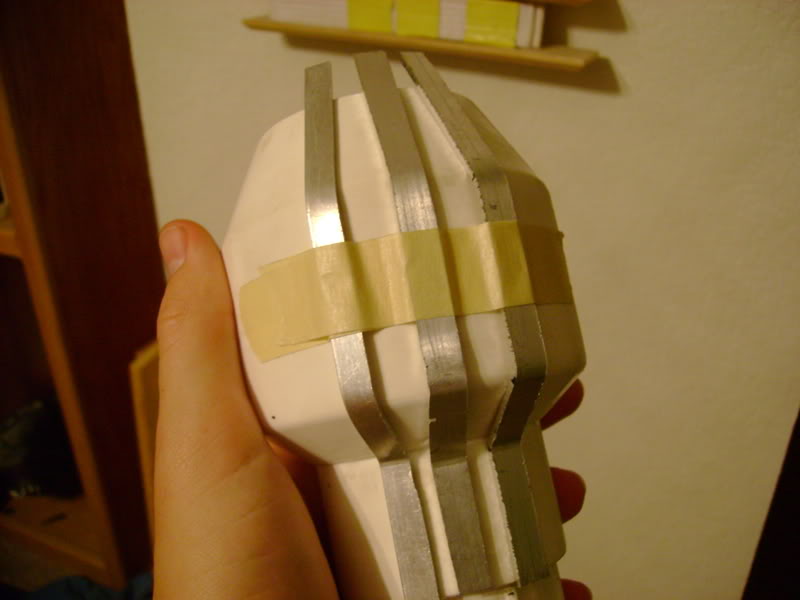 Just pretend the tape isn't there.

Then later, after dinner, I was able to quickly cut out some pieces out of polycarbonate (Lexan). I'm not really sure what they are called officially, but I will now refer to them as the "guard" pieces, much like a handguard on a sword or dagger. 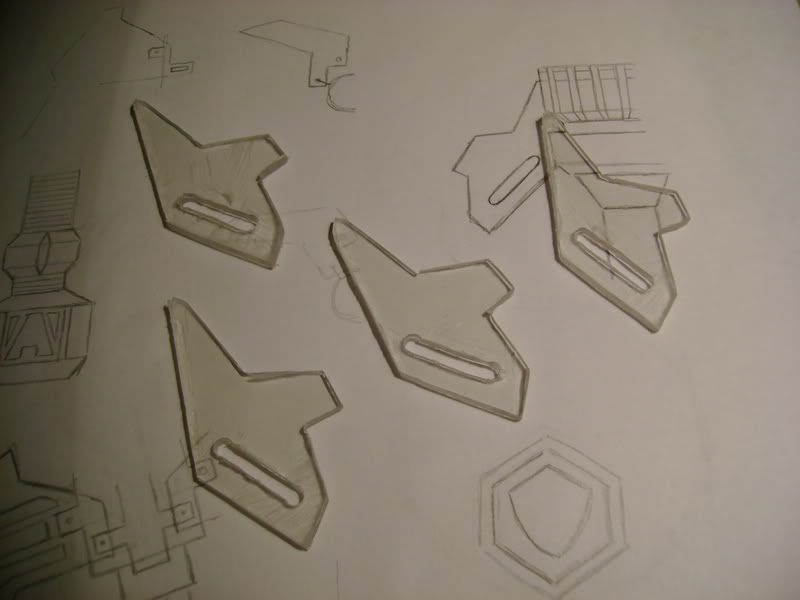 (If you look carefully, you can see some of my concepts under the pieces).


This is actually much harder to engineer and machine due to the fact that there are inner mechanics that have to be incorporated and worked-around.

Regarding the size, it sands at about 8.5 inches or so, without the legs on the bottom. So, add 8 or so inches on to that and it's already over a foot and a half. I think that sounds about right.

Thanks for all your comments and encouragement. It really helps! :mrgreen:
B

:whoa2:
that is awsome im so gonna go make one now

Southern Regiment
After admiring the pic of the bubble shield, it hit me, that would make a realy sweet lamp if those yellow slits were transparent and you had a fluorescent light inside.
A

Thats rather accurate, I can't wait to see how youll paint it
M

Johny139 said:
After admiring the pic of the bubble shield, it hit me, that would make a realy sweet lamp if those yellow slits were transparent and you had a fluorescent light inside.
Click to expand...

....I adore you for this proposition.

Ronster, do you see this being a possibility?
I would most definitely buy one off you ;]
Last edited by a moderator: Feb 25, 2017