Does anyone know if there is a file for the human skull in the game?
Z

Pacific Regiment
I have returned!

Sort of. With how everything went with the pandemic closing places, I was unable to access this site. I had my family to look out for, as my significant other has a compromised immune system so I have to make sure it doesn't get to us.

I know this seems like a necro post, and I apologize for not being able to return sooner. This is a passion of mine and I miss it terribly. If the admins do not have a problem with this being a necro case and coming back for more posts, and the fans want more, I'm happy to obliged. Let me know what you think.
E

As OP, you're fine to revive the thread. The issue is when other people post questions for people that haven't been on in ages.
Z

I was preparing an armor set. I was almost done preparing it for release, and then I had a bit of bad luck. I got closer to finishing it, and then I realized I did it already. I got suckered into it because it would have been Halo skyrim. I will not release more of the same armor models. So, what I release will not be as big as I had wanted. It will be done before the end of the year, and it will be my last file of the year. I will resume releasing models again, next year.
Z

Pacific Regiment
Welcome back for another treat, right before the year ends. Let's face it, this was a year harder than most. At least we get to go out with a bang. Because its still snowy and lights are still up, I thought this would be a fun item. I unfolded one ornament, but feel free to add as many as you want. For the handle, I'd just go with PVC piping. Have a good one, and I'll see you next year! Make sure to scale for yourselves before printing. Enjoy!

Sword of Festivities
Measures about 5 ft. 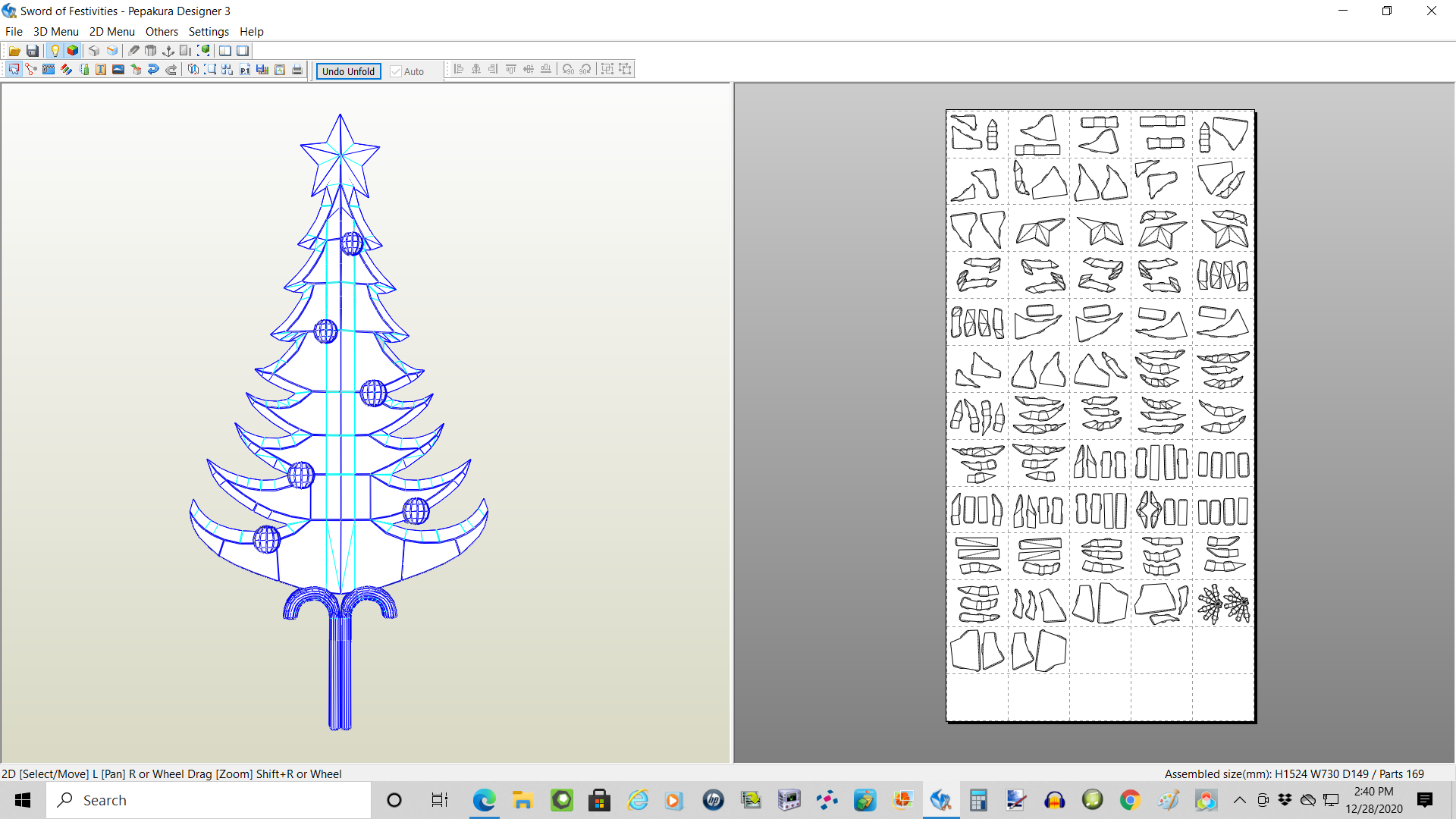 Pacific Regiment
I'm working on a lot of projects these days. Armor for this, weapons for that. Which just makes me question what would the fans like more of. Let me know which you want to see... more armor, or more weapons?