These come with a momentary switch. This means that you have to hold the switch down for them to light. The following is a little bit of work but for .99¢ including 2 sets of batteries I felt.... why not.

Step one: remove the batteries and the insulator that is inside the flashlight. The insulator keeps the internal batteries from touching while in the packaging. 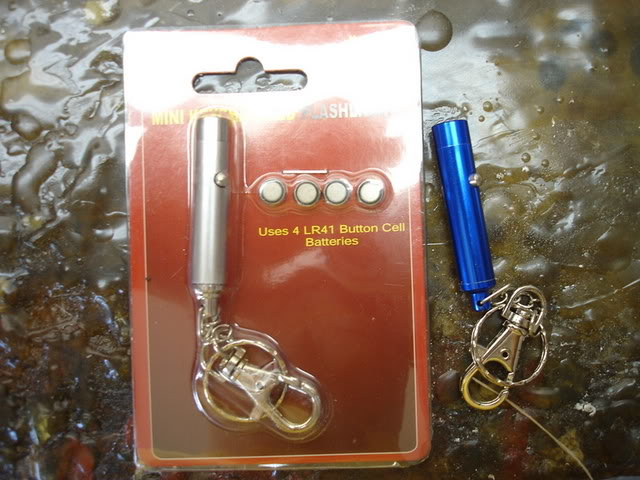 Step two: snip off the key ring portion and flatten the end with a sander to make the next step, drilling, easier. 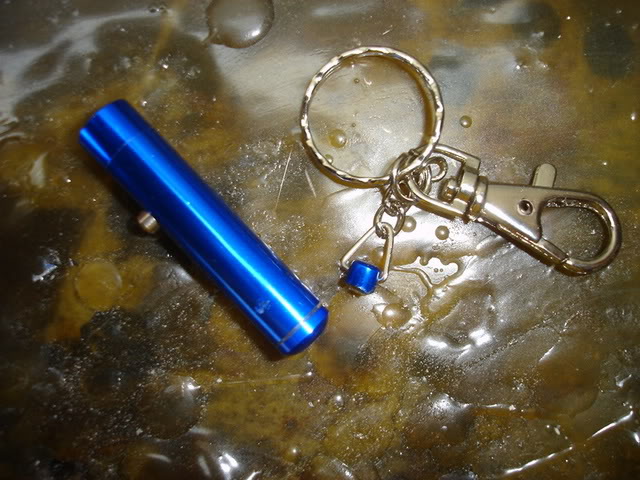 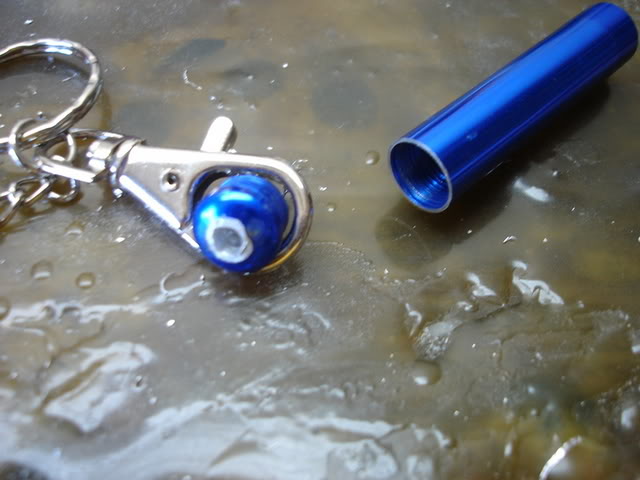 Step four: scuff up the positive side of the one of the batteries, apply flux, and solder the end of one of the wires here. Be quick with your soldering gun. This picture shows the insulator that was inside the battery compartment. Punch a small hole in the insulator and slide it over the wire you just soldered. 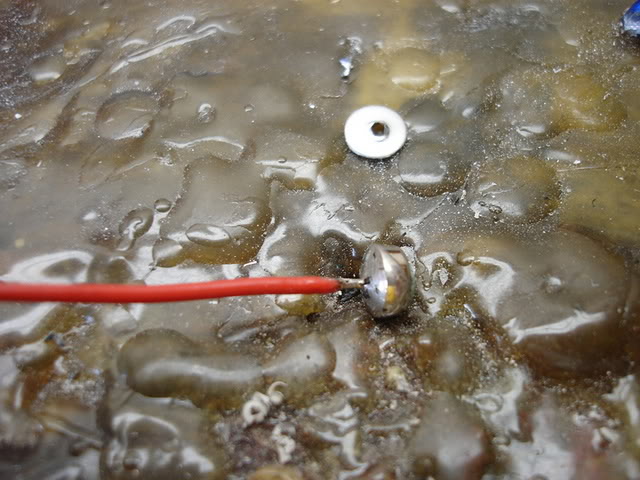 Step five: slip a second wire into the 1/8" inch hole and solder it onto the spring, seen here. You can see that the insulator keeps the spring from touching the battery in this picture. If needs be, put a dap of hot glue if you think it is going to be an issue with the wires touching. 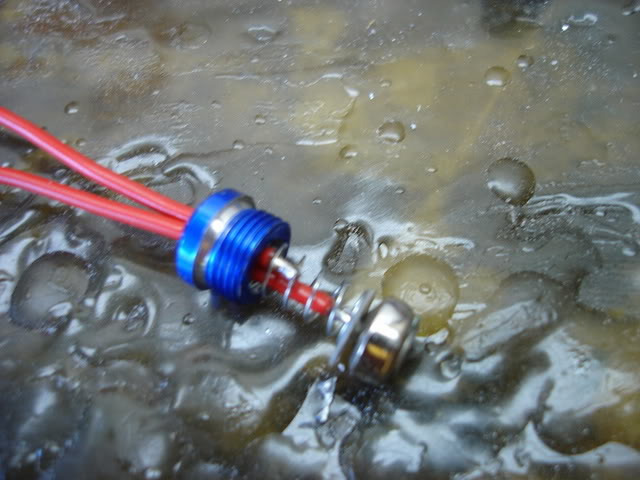 Step six: screw the end cap back onto the led flashlight. Touch the two ends of the wire together and the flashlight should now work just like you had a switch between the wires. 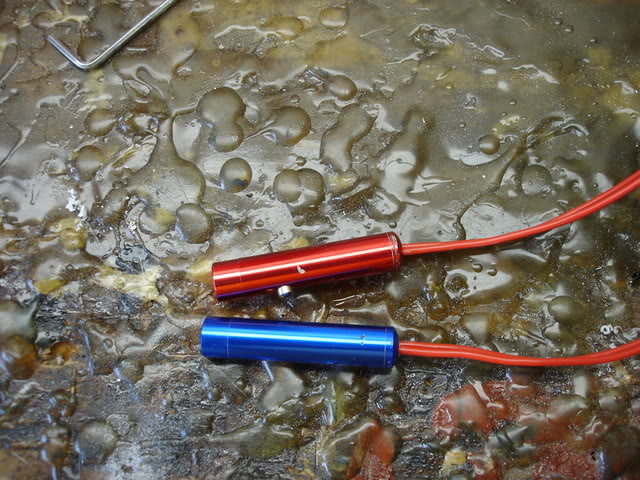 Step seven: twist the ends of each flashlight together so that the lights are in series and put your switch in between the last two wires. Make sure you tape down the built in switch so it stays in the "on" position. 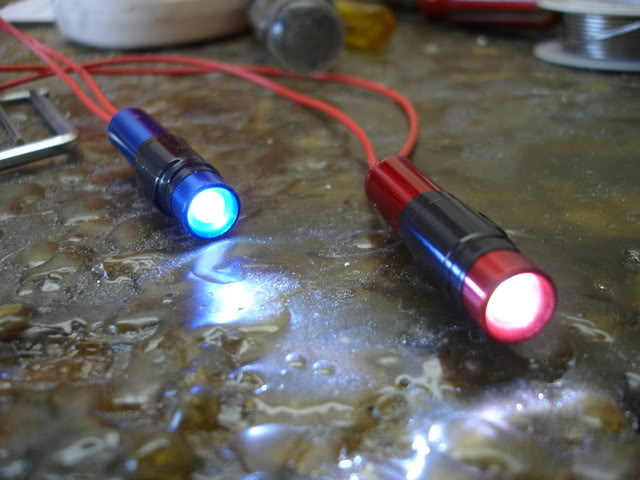 These lights are very bright and in a small package too. Just hot glue them in your helmet and install your switch where you want it. Since they're LED they should last longer than your helmet. You have an extra set of batteries for each flashlight. Hope this is helpful. 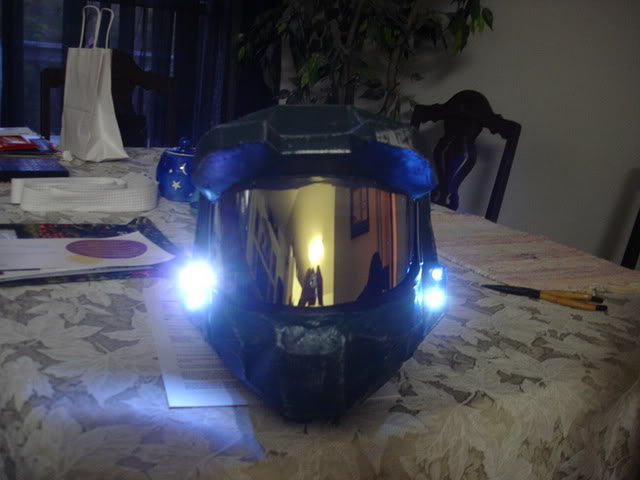 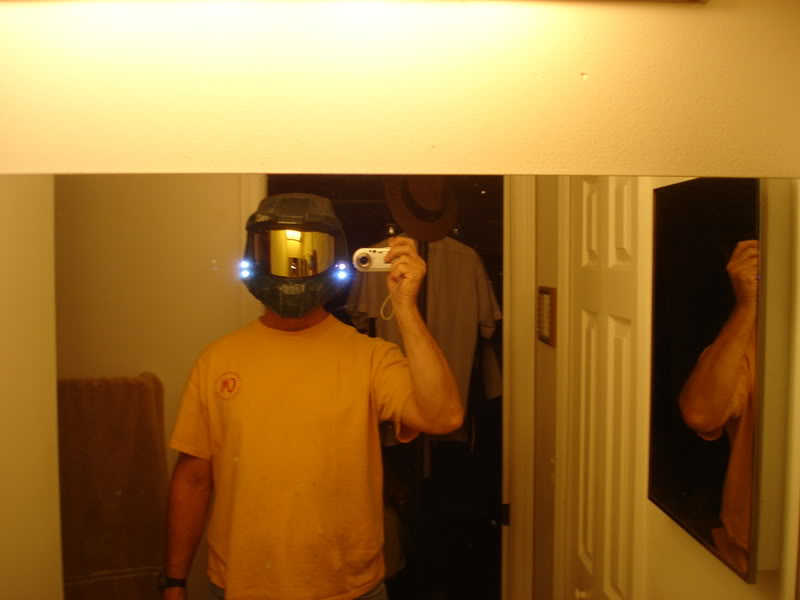 Does this work for all LED lights or only this one?
S

SOLIP5IL said:
Does this work for all LED lights or only this one?
Click to expand...

Do those lights come in red ... perhaps?
C

Oooh, awesome idea! I think I just may have a go at it
M

Grunts Deserve Shields Too said:
Do those lights come in red ... perhaps?
Click to expand...

I didn't see any red lights. Some of the cases are red but not the light itself.
Last edited by a moderator: Feb 25, 2017
D

I have a surplus electronics store in my town and thought of this same idea using their cheap imported LED headlamps or flashlights. They already have the LEDs, the switch, and the battery housing. Just have to mod the design a little to seperate and relocate the LEDs with some extra wire. Glad to see someone else was thinking along the same lines.