Midwest Regiment
405th Regiment Officer
Growing up my Grandpa loved to make small things out of wood. He made 100's of cribbage boards, bird feeders, rocking horses, etc. and donated 98% of them to charities.

One design that he used to make a ton of was something he called a Peanut Man. 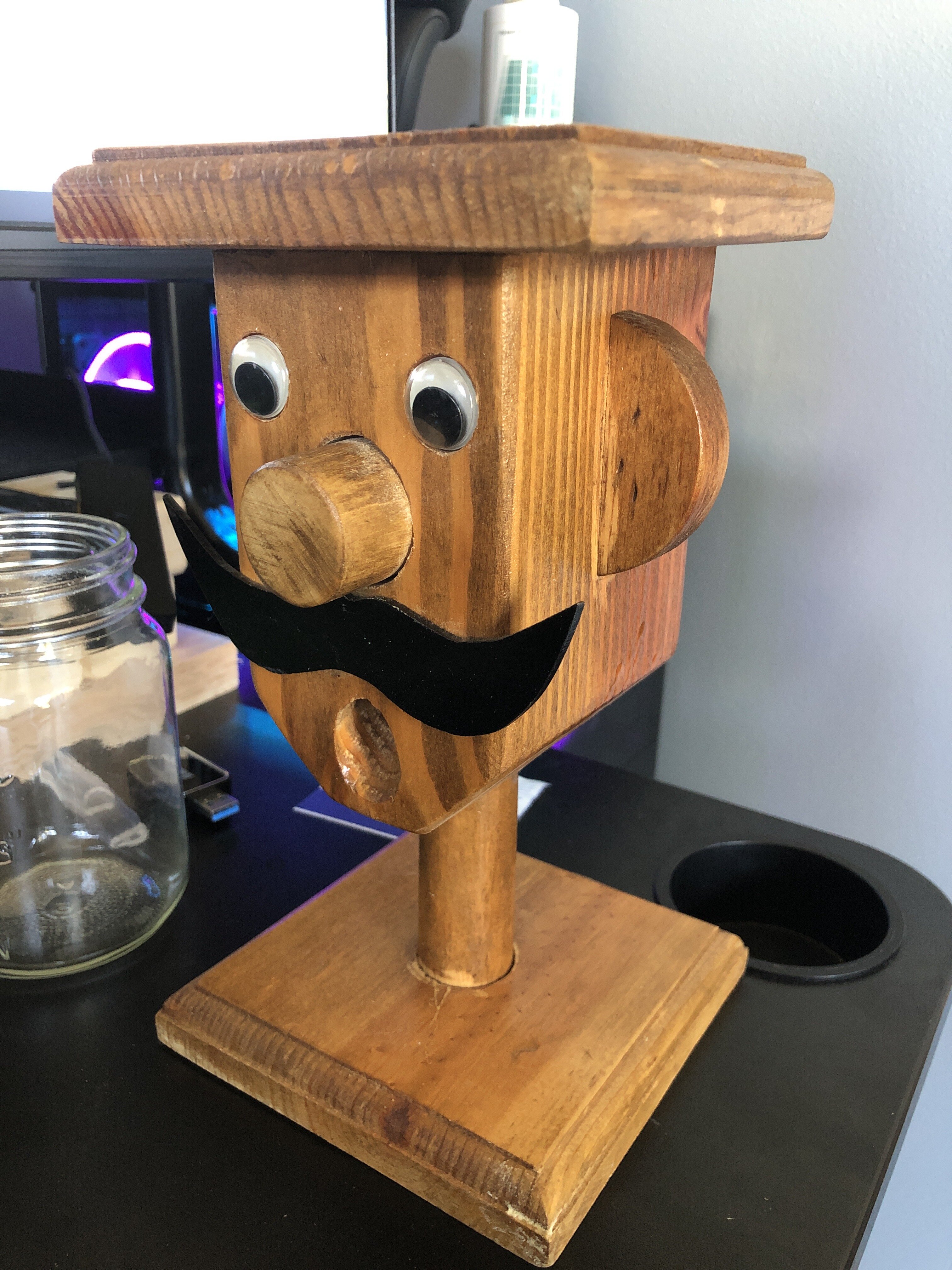 It was pretty simple in design. You fill a mason jar with some small snack item (my favorite is M&Ms) and then it screws into the head. There is a hole to the nose which has a small cup. When you turn the nose it allows the goodies in the cup to dump out the mouth. I was lucky that he made one of these and gave it to me when I was younger, but there are others in the family that never got one. To pay homage to Grandpa, and as a fun Christmas present, I decided to take a stab at modeling this so I could print them. 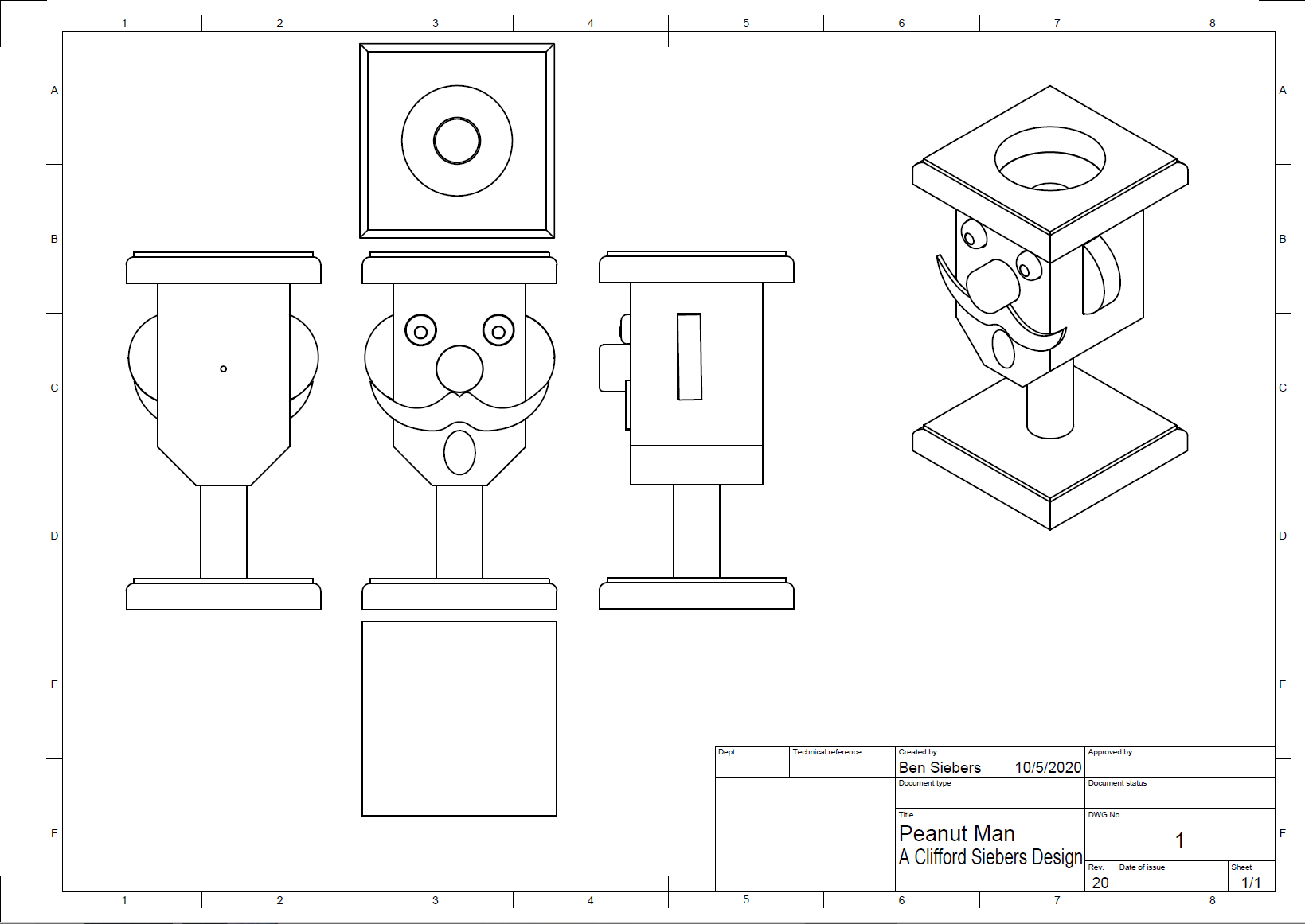 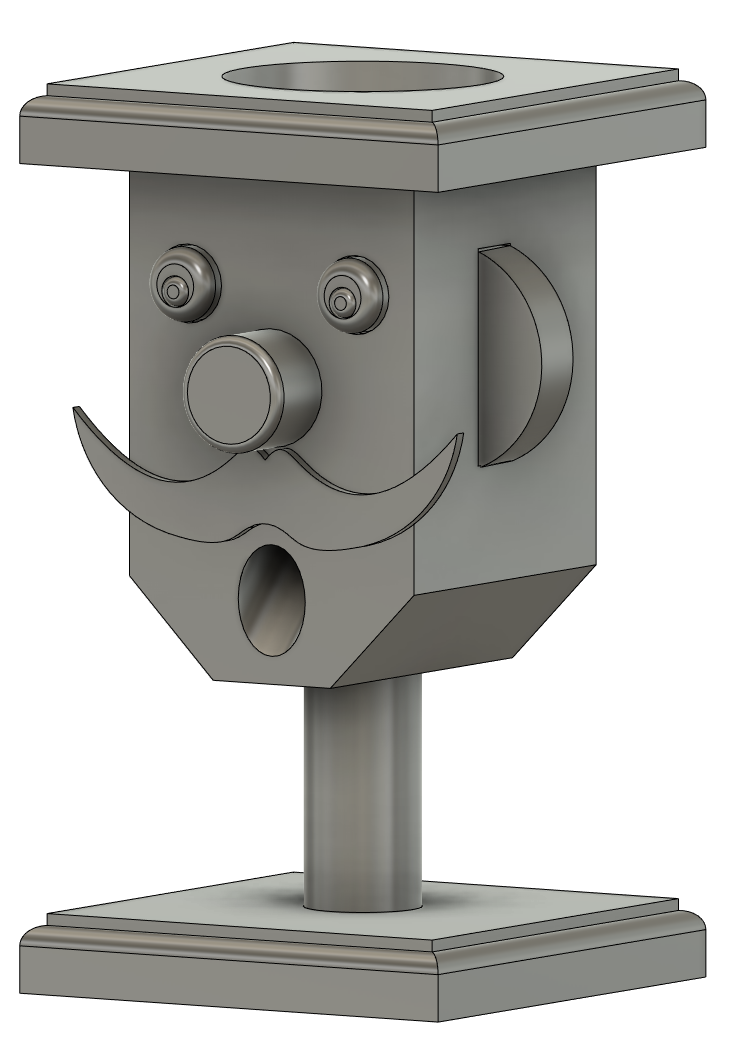 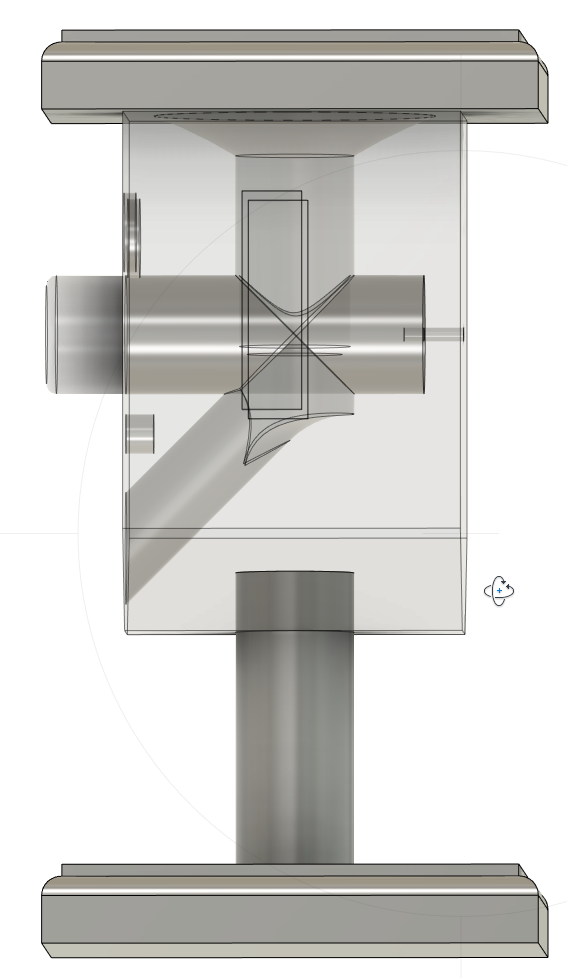 Massive shout out to TurboCharizard and PlanetAlexander for helping me in Discord when I had modeling questions. I learned a metric ton designing this and can't wait to take a stab at designing something else.

Parts for Assembly:
3D Prints:
Brown for the first 5 (Base, Stand, Head, Hat Brim, Ears), White for Eyes, Black for Pupils and Moustache, Red for Nose

Other Hardware for Assembly
I plan on getting this test printed in the next few days. (need some brown filament to arrive on Wednesday) I'll make sure to update this with some additional pictures as I go.

Australian Regiment
I think it's great you're honoring your Grandpa by letting his legacy live on with this modern twist. Hoping all works out well with the print! I'm surprised anything I said in relation to Fusion was helpful, I haven't used it in a while.

Glad to be of some help.

Working on fun projects like this is honestly the best way to challenge yourself and trick yourself into learning some new software while having the added benefit of making something cool at the end of it.

Ahhh, I remember seeing these before, without the face though. That's a cool idea to bring it up to a more modern take on it.

I finished getting it printed today and got it assemble. I even put some M&Ms in it and validated that it worked! 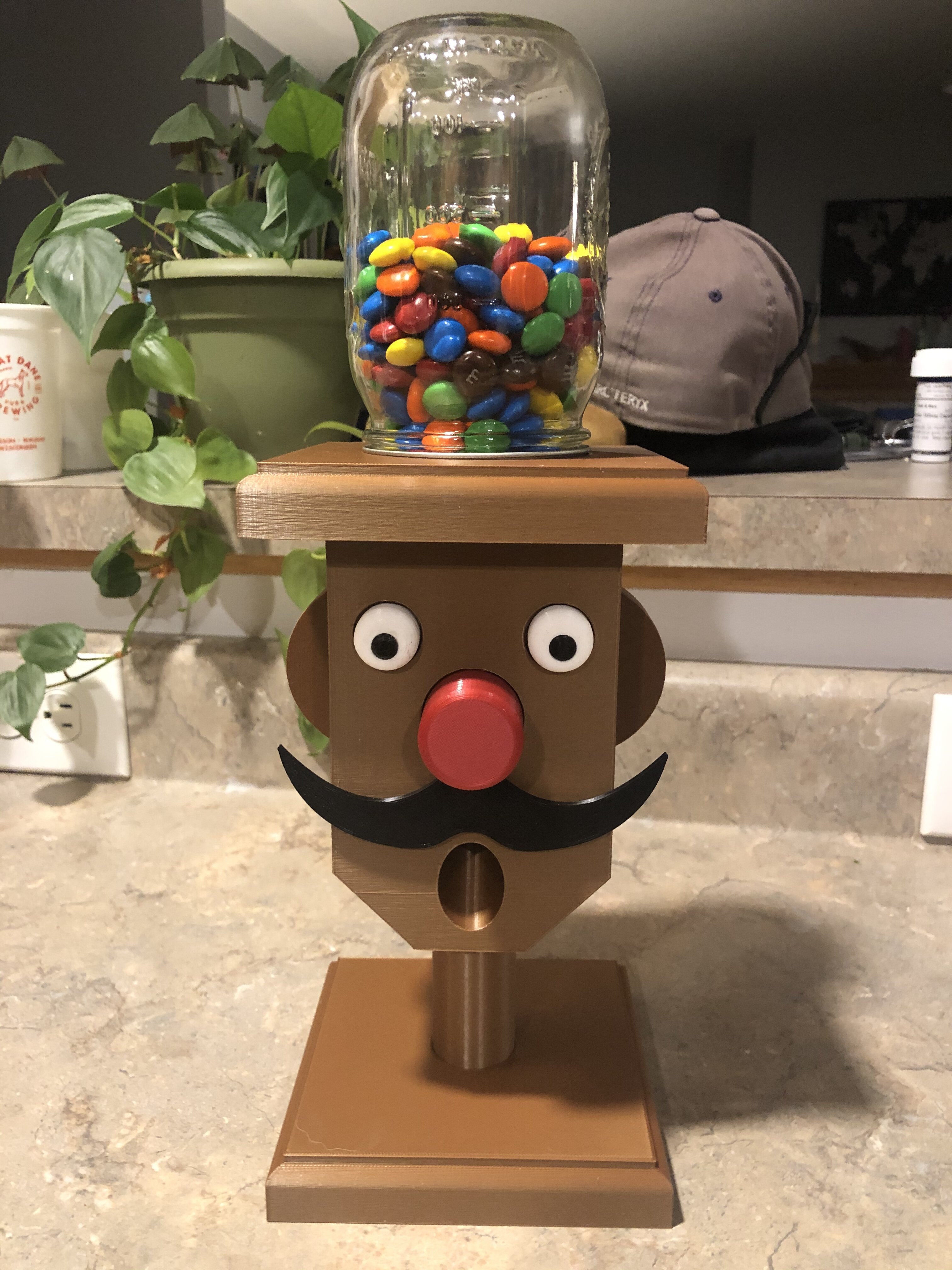 Midwest Regiment
405th Regiment Officer
Update - Made a few additional tweaks to the files and have gone into production for Christmas. (Making four of them to give away as presents) 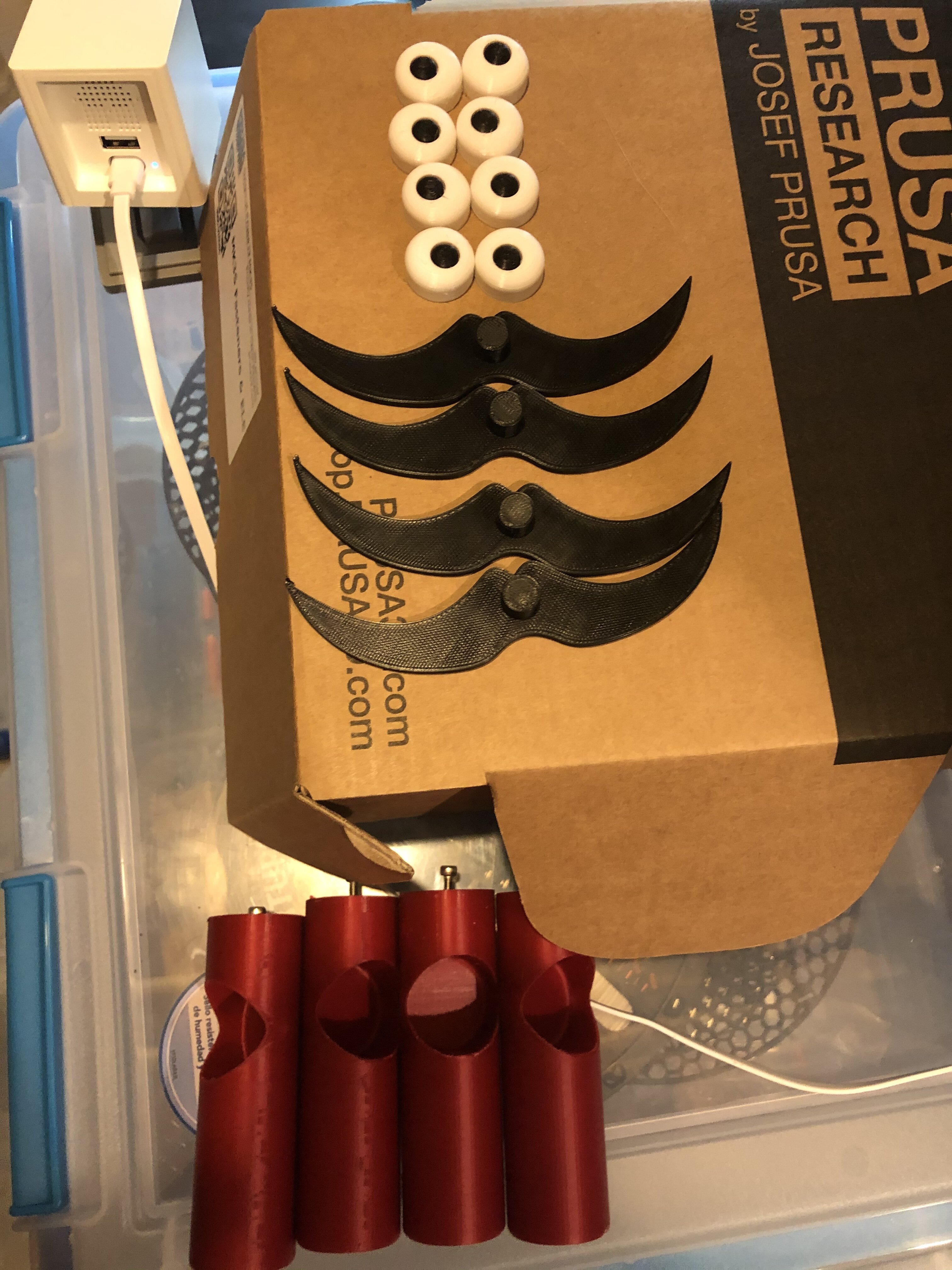